The Captive has a fascinating backstory. Believed to be one of history’s “lost films”, The Captive was one of Cecil B. Demille’s (The Ten Commandments, Cleopatra) earliest silent works, and was released in 1915. Yeah, 1915; 101 years ago. The film was lost for many years until it was discovered in the Paramount Pictures Vault in 1970, and Olive Films has decided to release a new HD master of the film to Blu-ray. 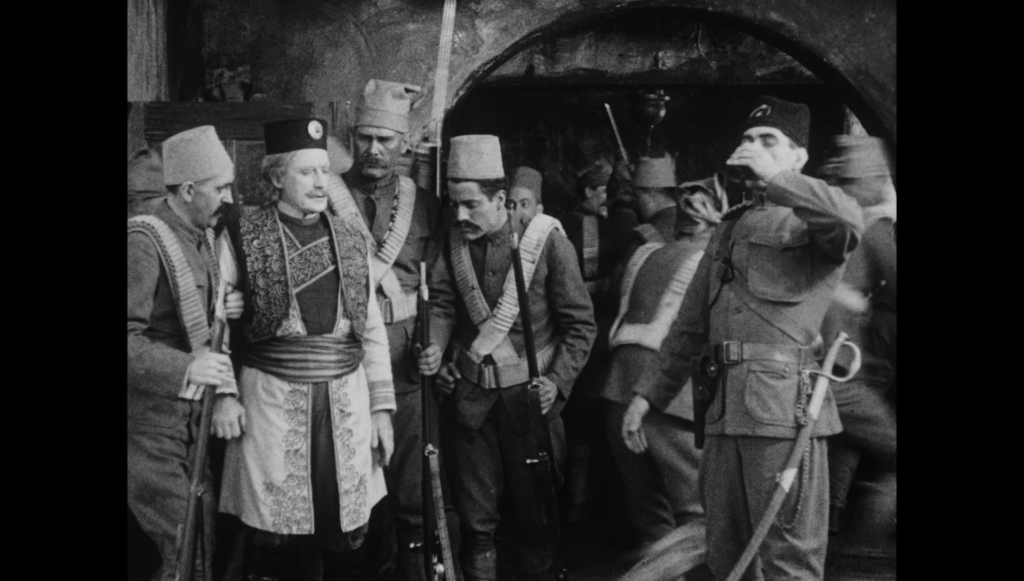 The movie is quite short, running at just 50 minutes, and follows the story of a young woman named Sonia and her struggles living in Montenegro during the Balkan Wars. For those who may not be history buffs, the Balkan Wars were the “prequel” to World War I, meaning this film was made prior to the First World War, but follows an extremely relevant world event at the time. It is so hard to believe while watching The Captive that this film is older than any living person I know, but that is what appeals to me as a history buff. 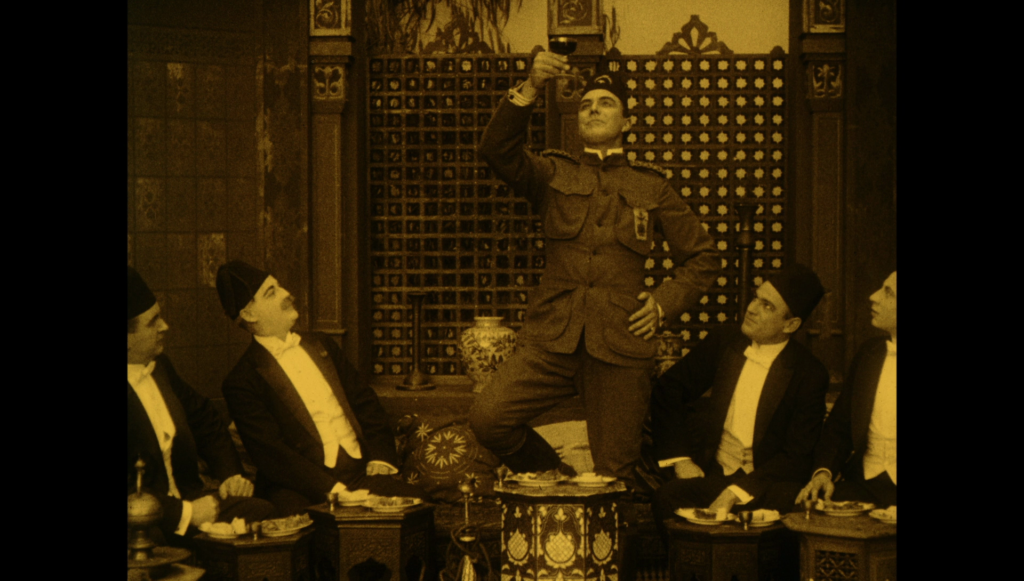 True fans of cinema will want to give this film a watch, because it is one of the oldest movies currently available on Blu-ray. The Captive is the oldest movie in my collection, and as far as I can tell (correct me if I am wrong) it is the oldest movie currently available on Blu-ray, tied with Birth of a Nation from the same year in 1915. If you are a collector like myself, you collect movies because they are an important piece of history to observe and preserve. If that applies to you, I highly recommend The Captive; it is a truly unique cinematic experience to be able to watch a film like this. The story is not groundbreaking and the movie is just so-so, but the experience is well worth it. The Captive is such an important piece in film history, coming from the early catalog of one of Hollywood’s greatest early directors in Cecil B. Demille; I recommend it.

Video from 100 years ago may not stand up well to the test of time, but for its age, it actually looks pretty good. One thing that viewers will notice is that any scene filmed outside will have a heavy yellow tint to it. Research shows that this was sometimes a deliberate move by silent filmmakers to convey a change, so in this case, that change may be outdoors versus indoors. The yellow tinted visuals are weaker than the standard black and white visuals, which is a product of the age and wear on the tinting, which will not stand up as well over time as the standard film. 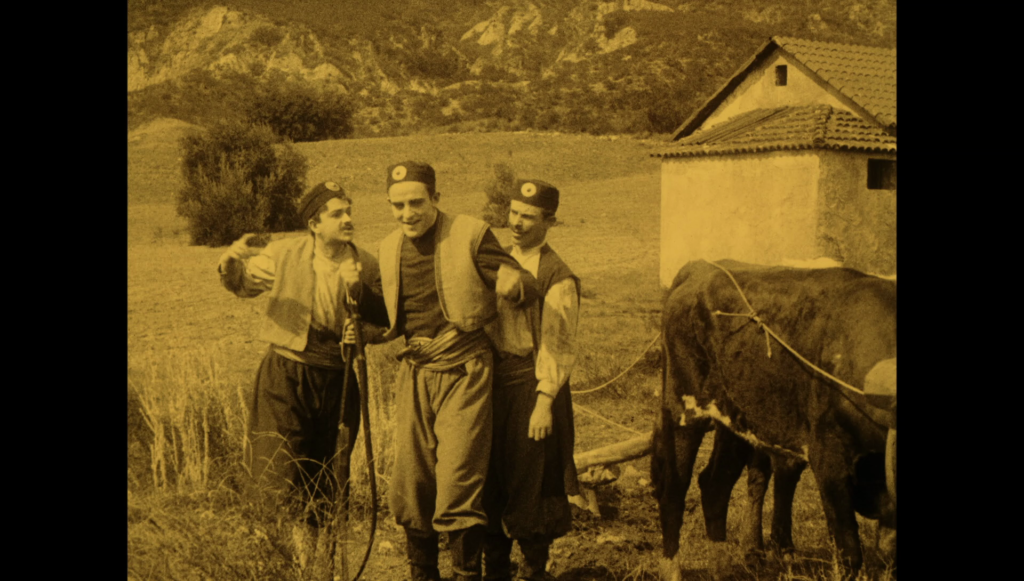 Overall, the film is pretty grainy, but you have to go into this one with a reasonable expectation that a films of this age can only look so good. On a typical video quality scale, The Captive would likely be a “1” compared to modern Blu-ray releases, but that is not a fair comparison. We are dealing with a unique piece of film history which Olive Films has managed to bring to Blu-ray, and so based on films from a similar time period, I feel confident in giving the visual for this release a solid, yet unremarkable score.

The audio on this release is just the soundtrack, as the silent film features no sound effects or dialogue. It is hard to score a silent film, because there certainly not a need for a full surround sound system; there is literally nothing happening around you. The soundtrack is pleasant, and for a film that is over 100 years old, it is quite special to have anything at all in terms of audio. Thankfully, my SVS Prime Tower speakers can play music beautifully, sounding like a concert hall, so the soundtrack accompanying The Captive sounded wonderful. Remember, this film is over 100 years old; I cannot emphasize enough how cool that is for movie fans. 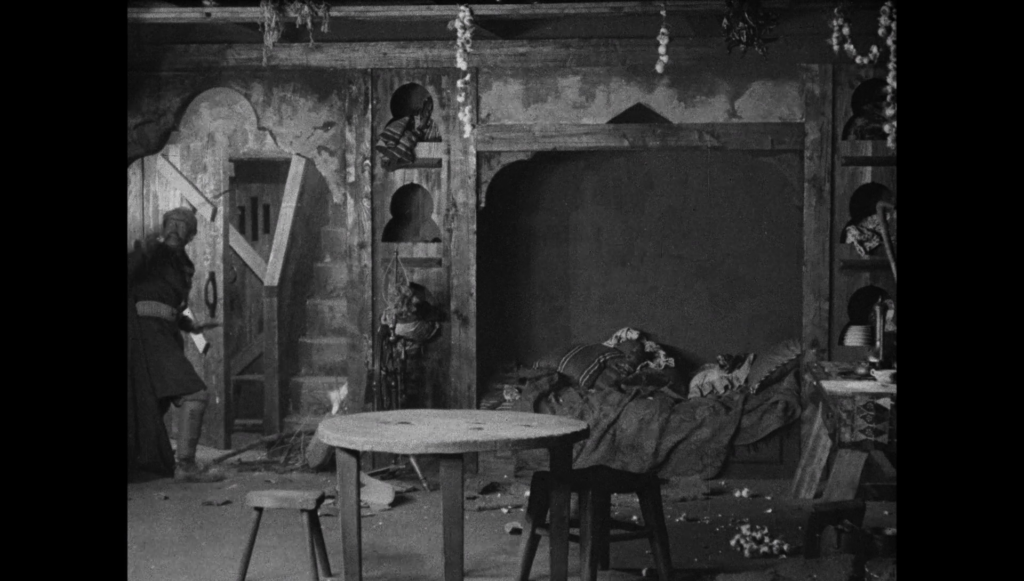 The packaging for this release is pretty plain, with some basic artwork on both the disc and the case, and a single Blu-ray disc with no DVD or digital copy. For a lost film like this, it would have been nice to see some enhanced artwork to emphasize the importance of this film in history, but it feels like a missed opportunity with what was offered.

There are no special features included with this release. 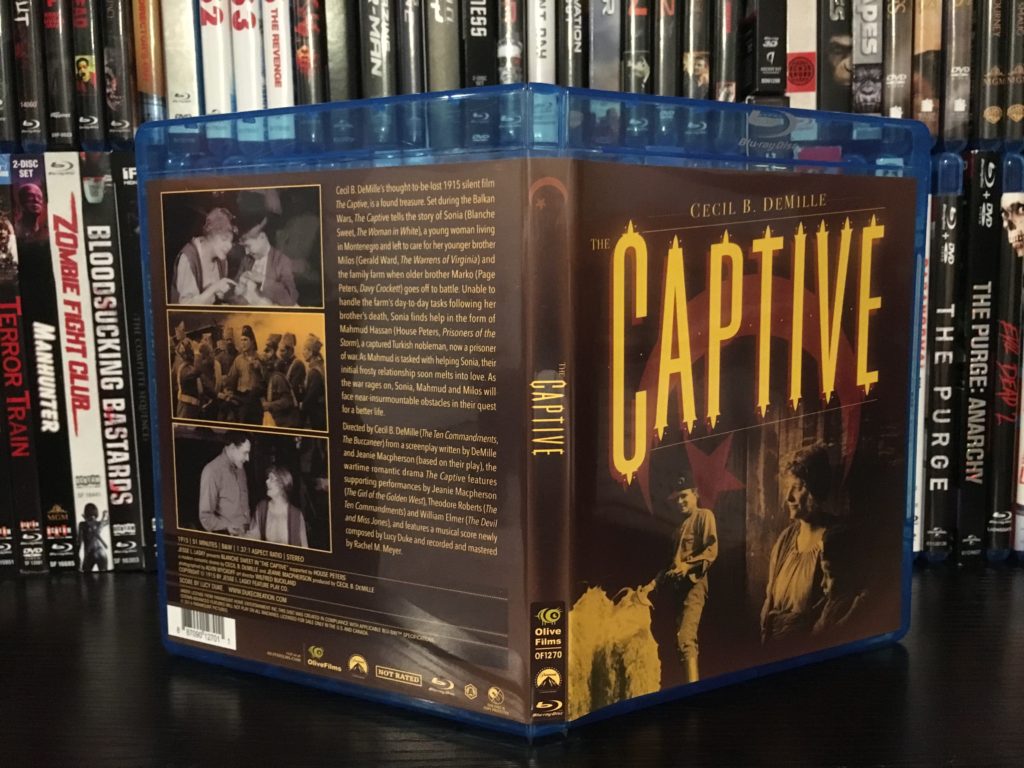 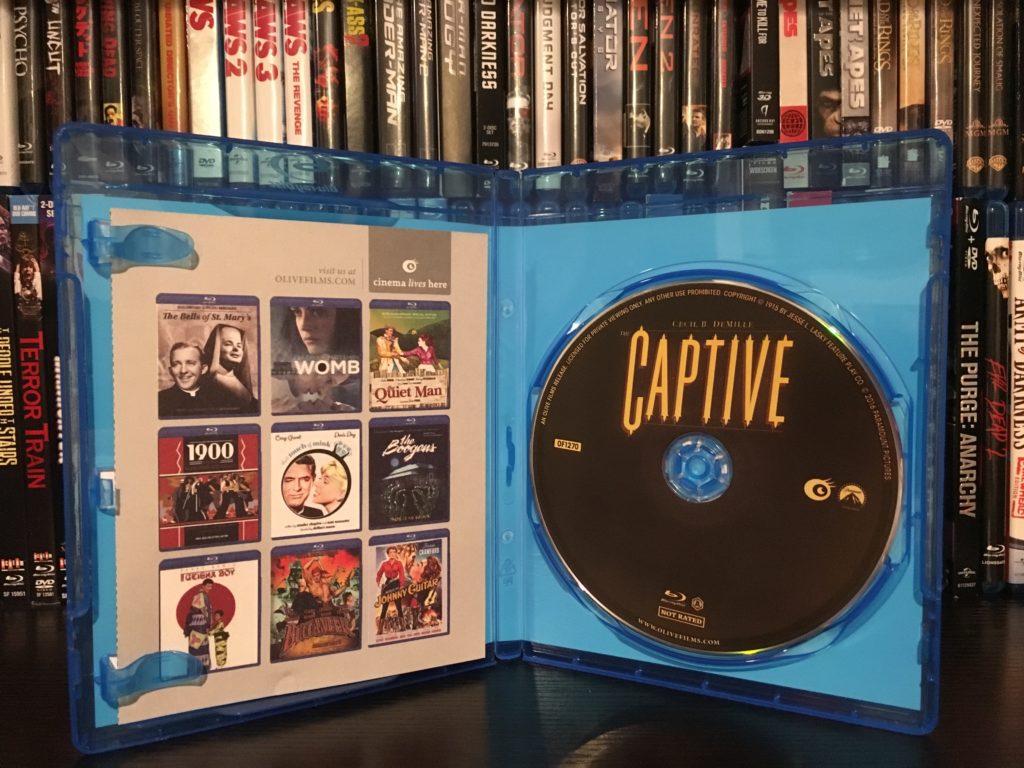 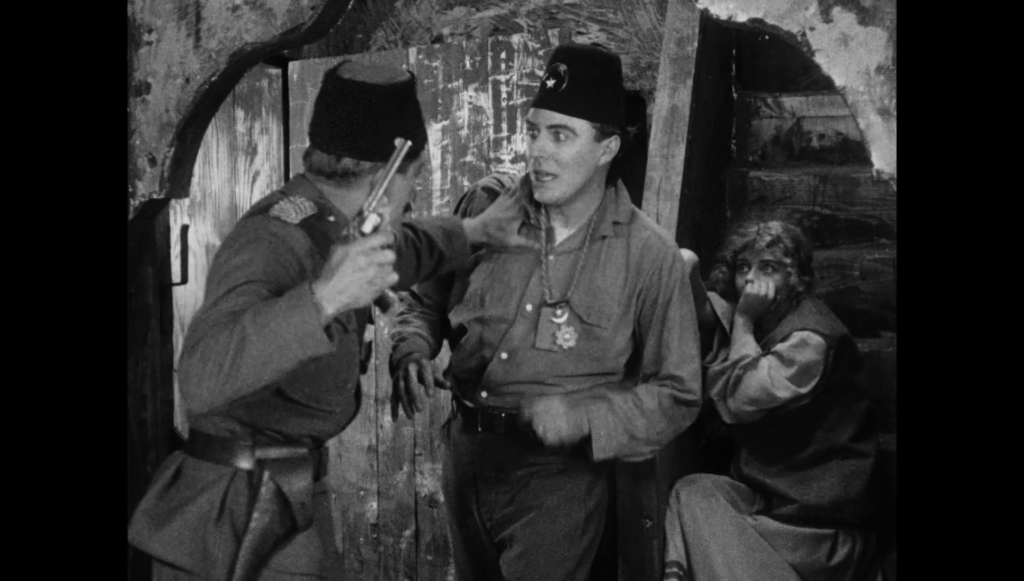 The Captive is not going to be on any Top Ten lists for Blu-ray quality, but it is a unique experience and an important piece for collectors and historians. The technical merits are outstanding for a film of this age, although compared to modern releases it is subpar. If you enjoy silent films and films with a ton of historical significance, like Chaplin’s The Great Dictator or D.W. Griffith’s Birth of a Nation, then The Captive will be for you. Imagine if there was a film that was produced prior to World War I and focused on the events that led to the Great War; seems impossible, doesn’t it? Thankfully, Olive Films has stepped up to the plate and delivered this seemingly impossible film. The Captive can be purchased through Amazon, and if it seems right for you, I highly recommend it.