Starting in 1902 in Baltimore, Maryland, where seven-year-old Babe South, troubled and not very well disciplined is sent to St. Mary’s Industrial School for Boys, a reformatory and orphanage. He is sent there by his father, George Herman Ruth Sr., who cannot handle raising him. At the school, he is educated by Catholic missionaries and is often made fun of by other children at the school, mostly because of his large size. Brother Matthias Boutlier, the Head of Discipline at St. Mary’s first introduces Ruth to the game of Baseball and during a session of batting practice, he hits several towering home runs off of Matthias, who is pitching. Matthias and the other players on the field are then stunned by Ruth’s amazing power to drive the ball long and hard; and from there, Ruth pursues his interest and eventually his career in baseball.

The film took a considerable amount of liberties from Ruth’s life and career, most notable its portrayal of his “Called Shot” and his hitting of two home runs for an ill child. While the story of the sick child is a long-standing myth, the called shot’s authenticity is still debated to this day. Nevertheless, the dramatic scene in this film is mostly fabrication.

The Babe mostly received mixed reviews from film critics, and currently holds a 46% rating on Rotten Tomatoes based on the 37 reviews that have been submitted. In an interview on Inside the Actors Studio and The Howard Stern Show, John Goodman admitted that he was disappointed in his own performance. The film was not considered to be a financial success as it ended up grossing just over $19.9 million worldwide at the box-office and was ultimately pulled from theaters after five weeks. Respected film critics Gene Siskel and Roger Ebert both disliked the film, and included it on their Worst of 1992 episode on their program Siskel & Ebert. 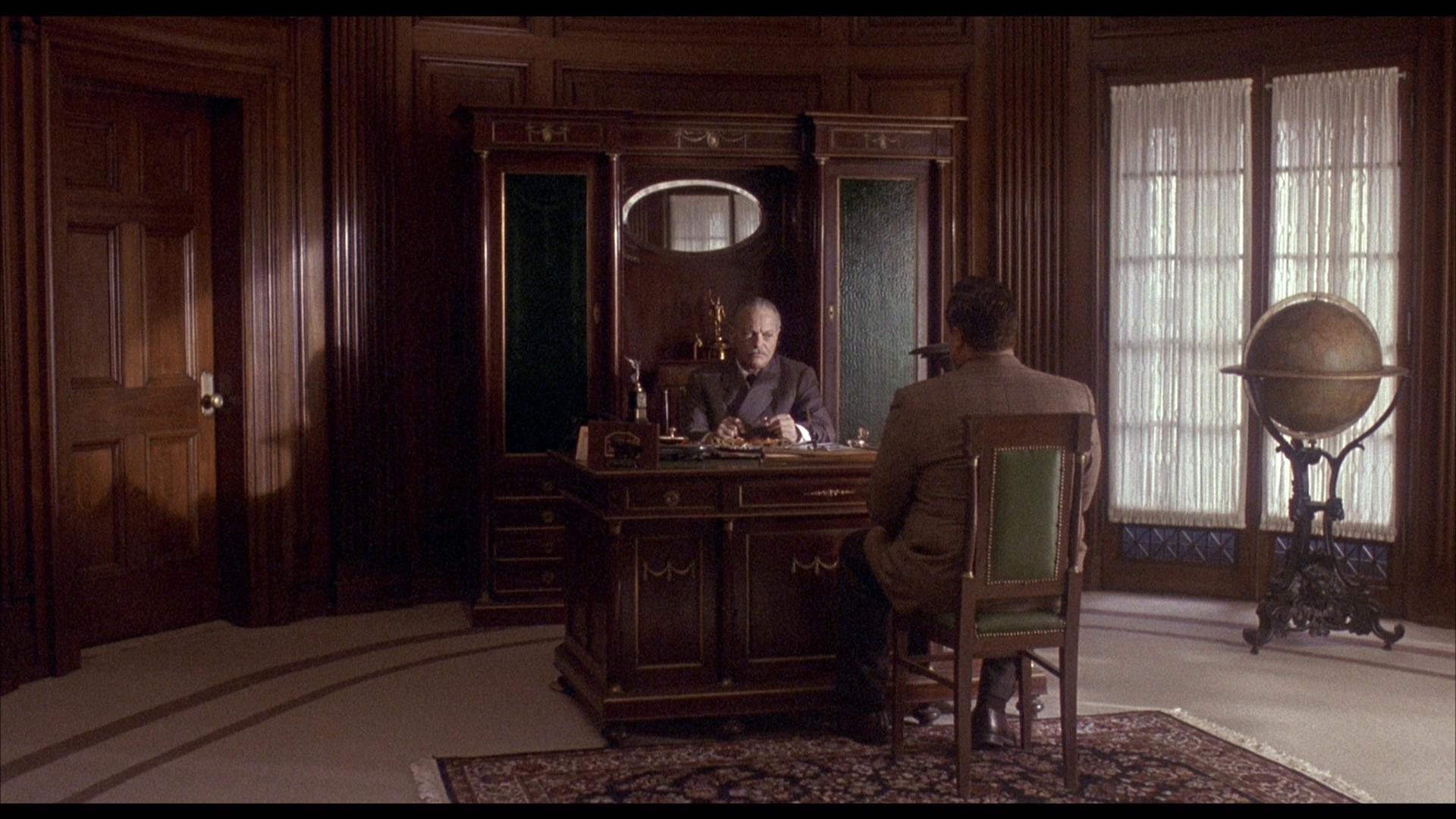 To be honest, I went into The Babe with absolutely no knowledge of what the film was about outside of the obvious fact that it’s a Babe Ruth biopic; and even then, I know so little about sports that the only knowledge that I had of The Great Bambino was how much of an awesome baseball player he was.  No knowledge of his upbringing and the overall darker side of his life; and the fact that this film put a lot of focus on that aspect of him allowed for a less enjoyable experience.  That’s not to say that the movie was horrible, but it definitely wasn’t good.  There was way too much negative in the portrayal of Ruth that deterred from the positives that came along with his life and his career as a professional baseball player.

This new release of The Babe comes packaged bearing a 1080p resolution, offering a much cleaner experience than its previous DVD, VHS and Laserdisc counterparts.  The overall visual presentation of this film was nicely done as it offered a beautiful view into the telling of the Bambino’s life, starting with his childhood.  With the cleaner presentation, I found there to be no visual distortion as the movie moved onward, however considering that the film wasn’t necessarily favored in my household, I didn’t pay too much attention to the finer details as I welcomed any and all distractions. 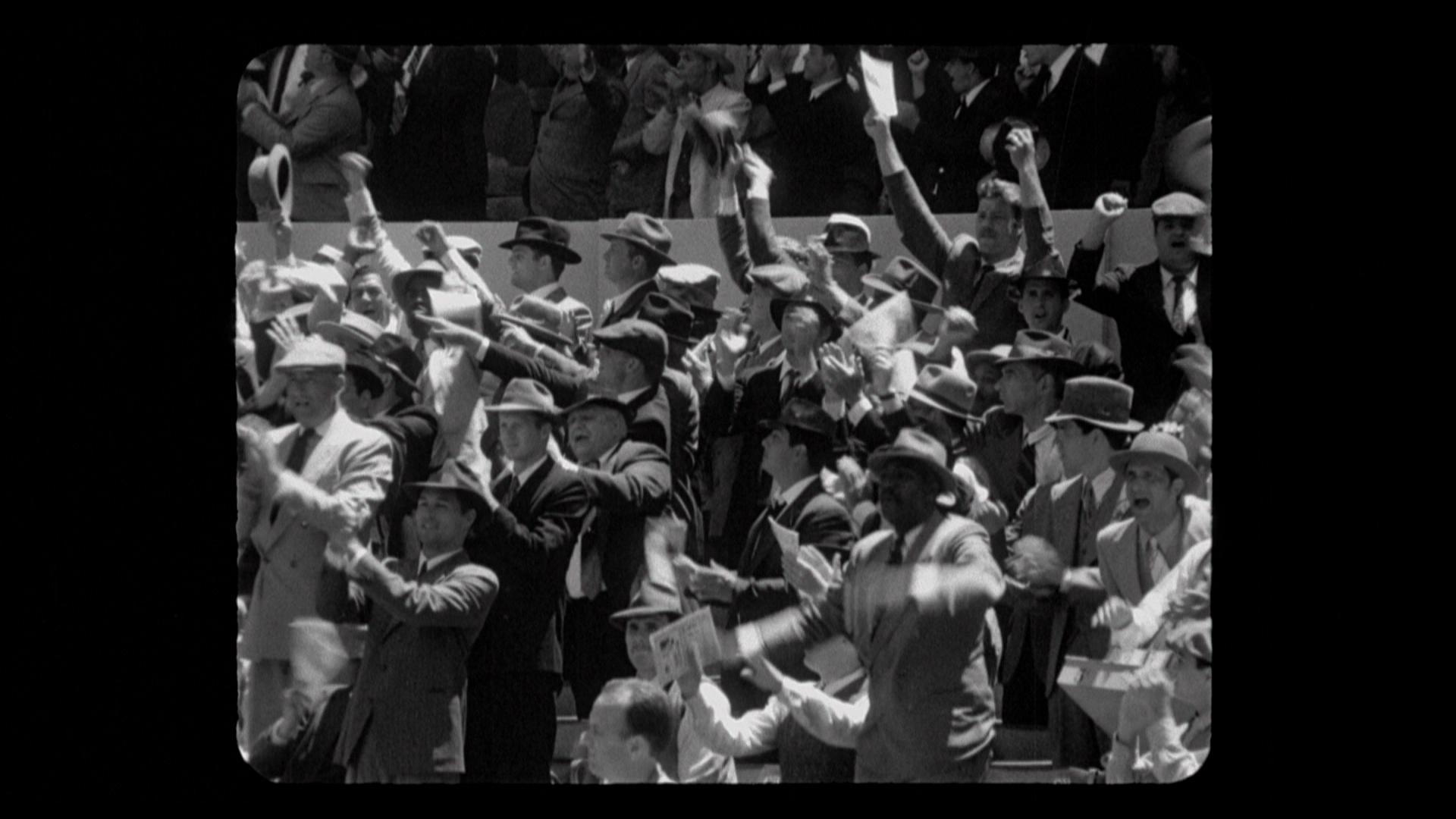 Packed with a DTS-HD Master Audio 2.0 audio track The Babe sounded pretty damn good as it played out through my home theater system.  While the experience wasn’t really all that immersive, it was clean, clear and allowed for my wife and I to be able to hear and understand everything as the movie played through. 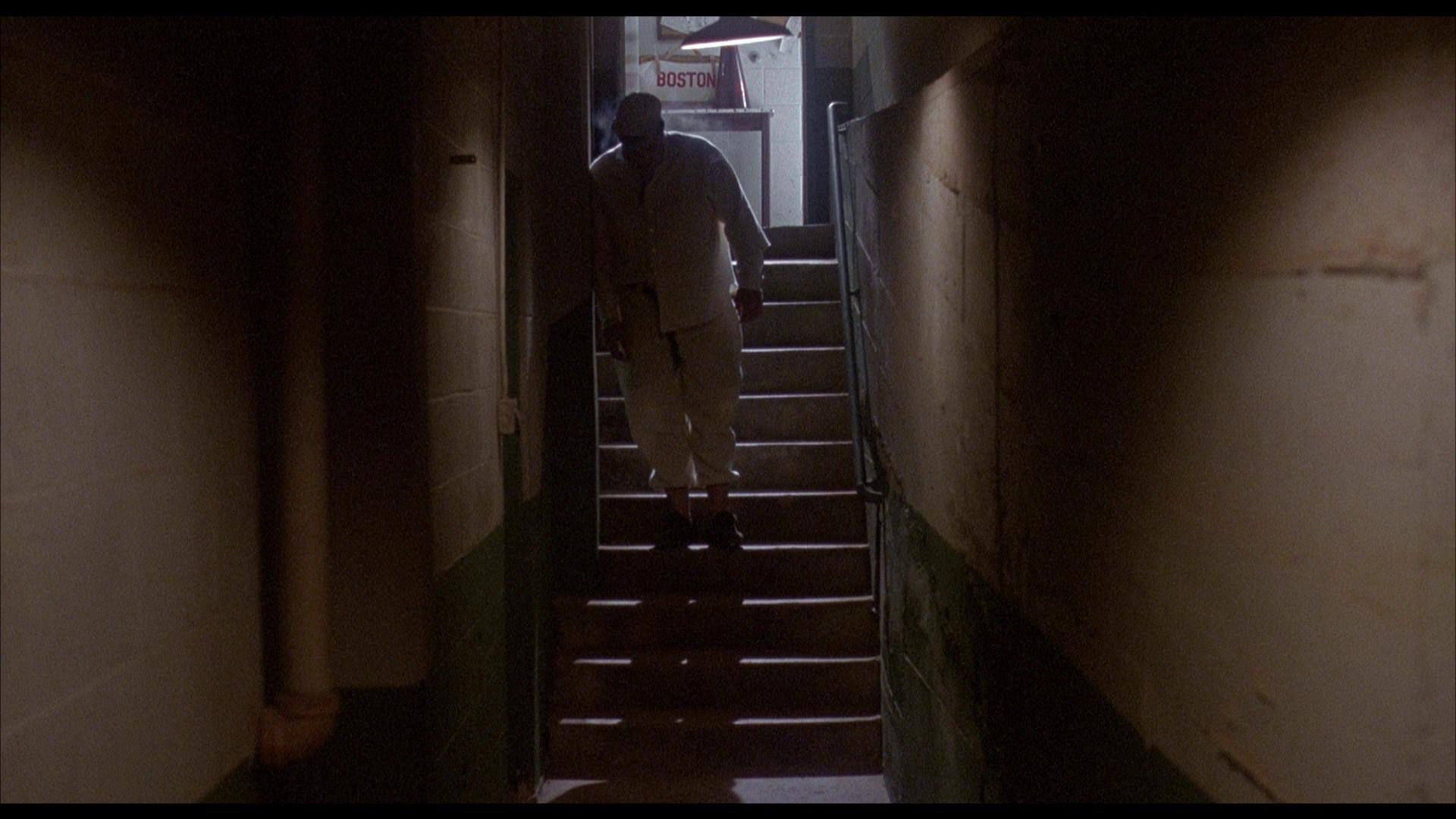 The Babe comes packaged in your standard single-disc Blu-ray amaray case.  Within that case is the standard Blu-ray copy of the film; and the disc features no artwork whatsoever.  It only bears the title text and relative text that one would see be included with any other Blu-ray disc in their collection.  There is no DVD copy of the film nor are there any digital copy redemption pamphlets.  There are no slipcovers available for this release. 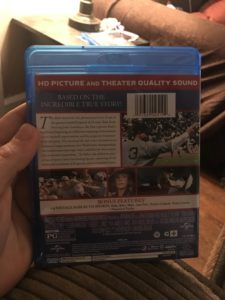 The Babe does offer some additional content for home viewers; however, none of that content offers a further look into the film or the work that went into making it available.  The content that’s been provided is a series of featurettes that do offer a deeper look into Babe Ruth and his life.  Available with this release is: 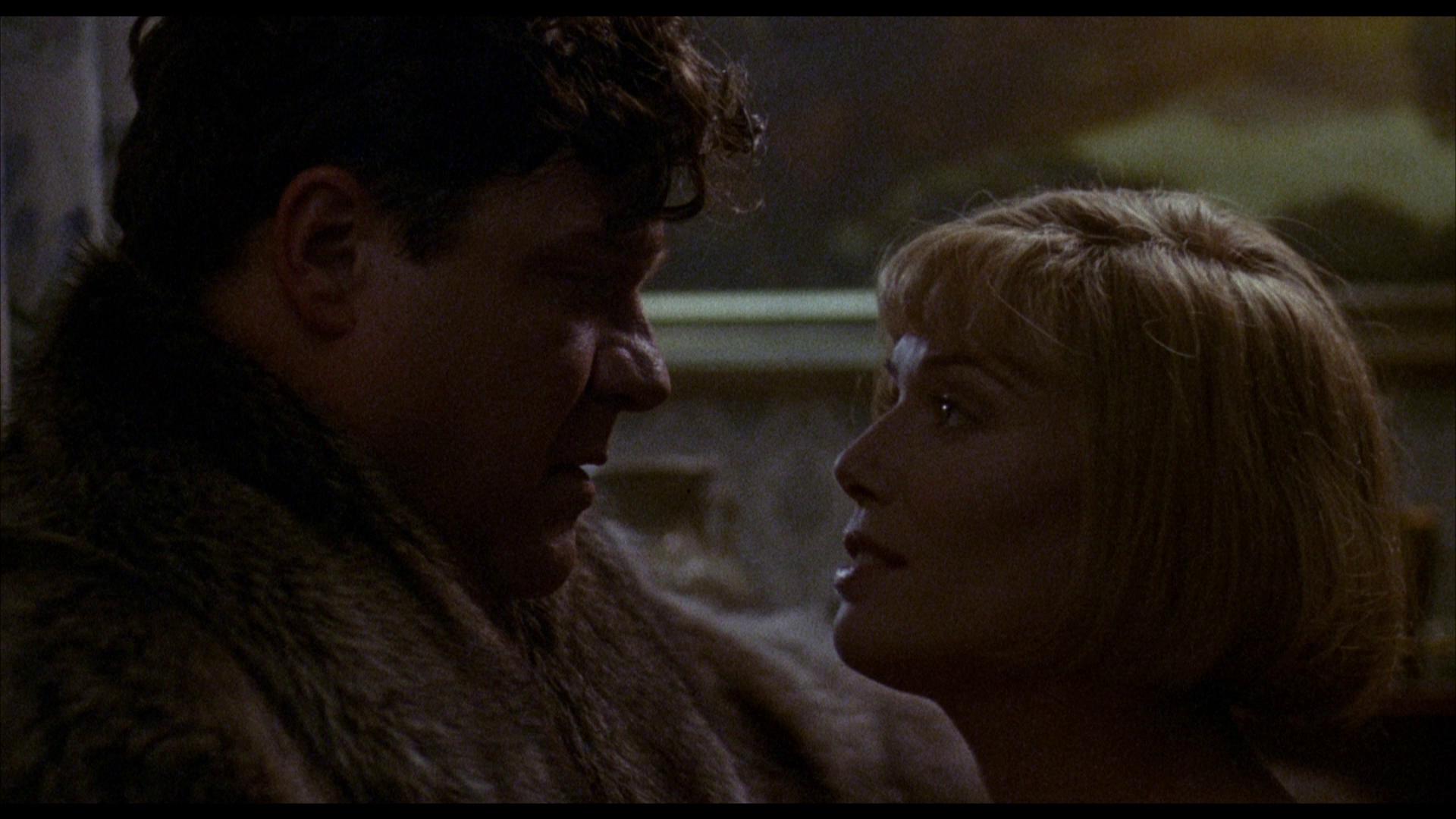 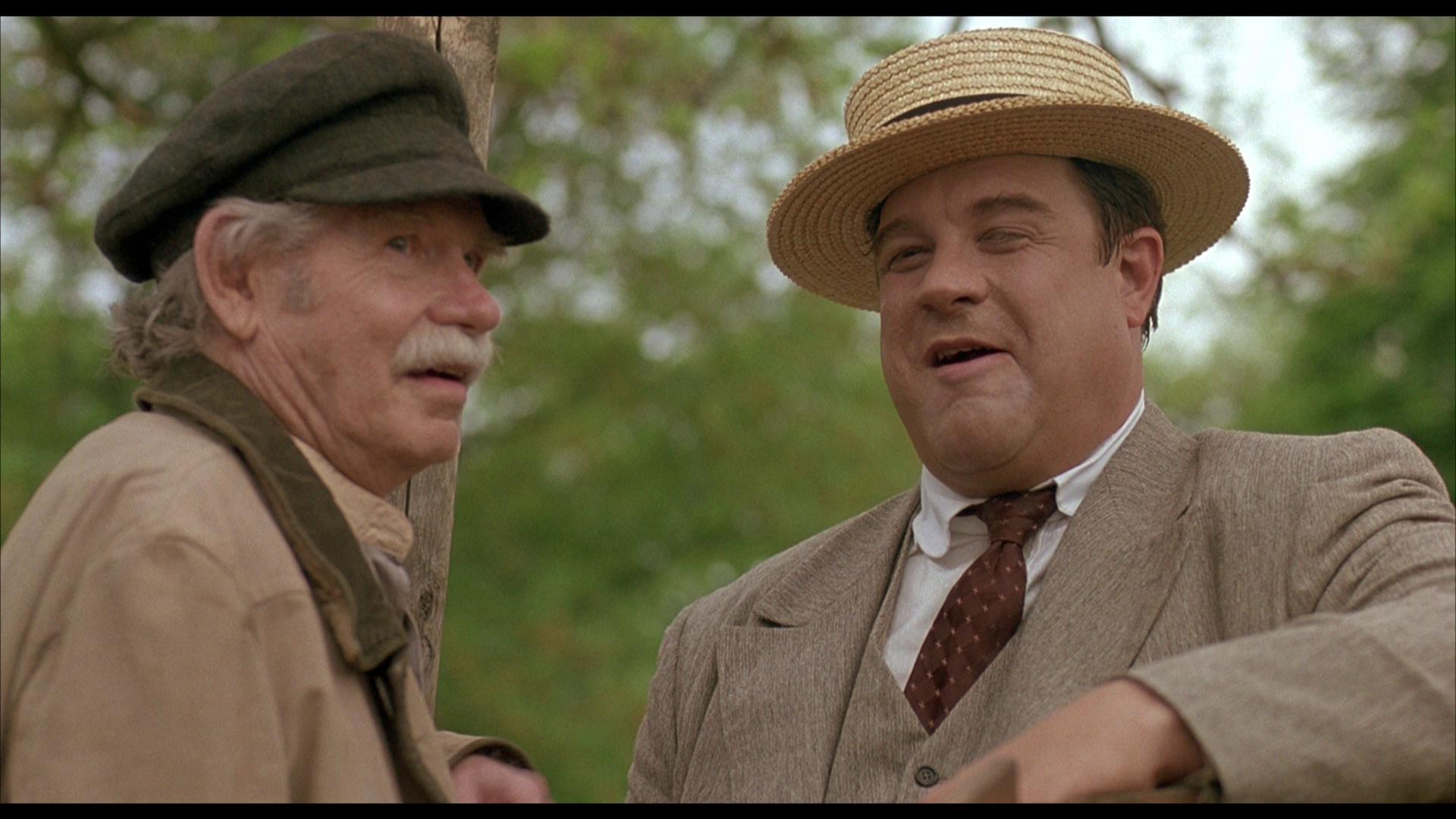 Overall, I didn’t really care for The Babe and the story that was provided.  The film itself spent a lot of time focusing on the negative stuff that went on in Babe Ruth’s life and very little focusing on the awesomeness that accompanied his career in professional baseball; and to be honest, I never thought that I’d find myself not liking a John Goodman performance, but every actor has at least one film that isn’t their finest.  The visual and audible presentation of the Blu-ray release was really well done and clean.  There are a few special features that offer a further look into Babe Ruth, but they aren’t too terribly detailed by any means.  If you’re looking at grabbing this film to add it to your collection, it is available now as a Best Buy exclusive until October 10.  Then it will be available at other retailers.  And if you’re looking at grabbing it, I’d recommend picking it up from Best Buy as it’s only $7.99 and I wouldn’t recommend spending more than $10 for this film. 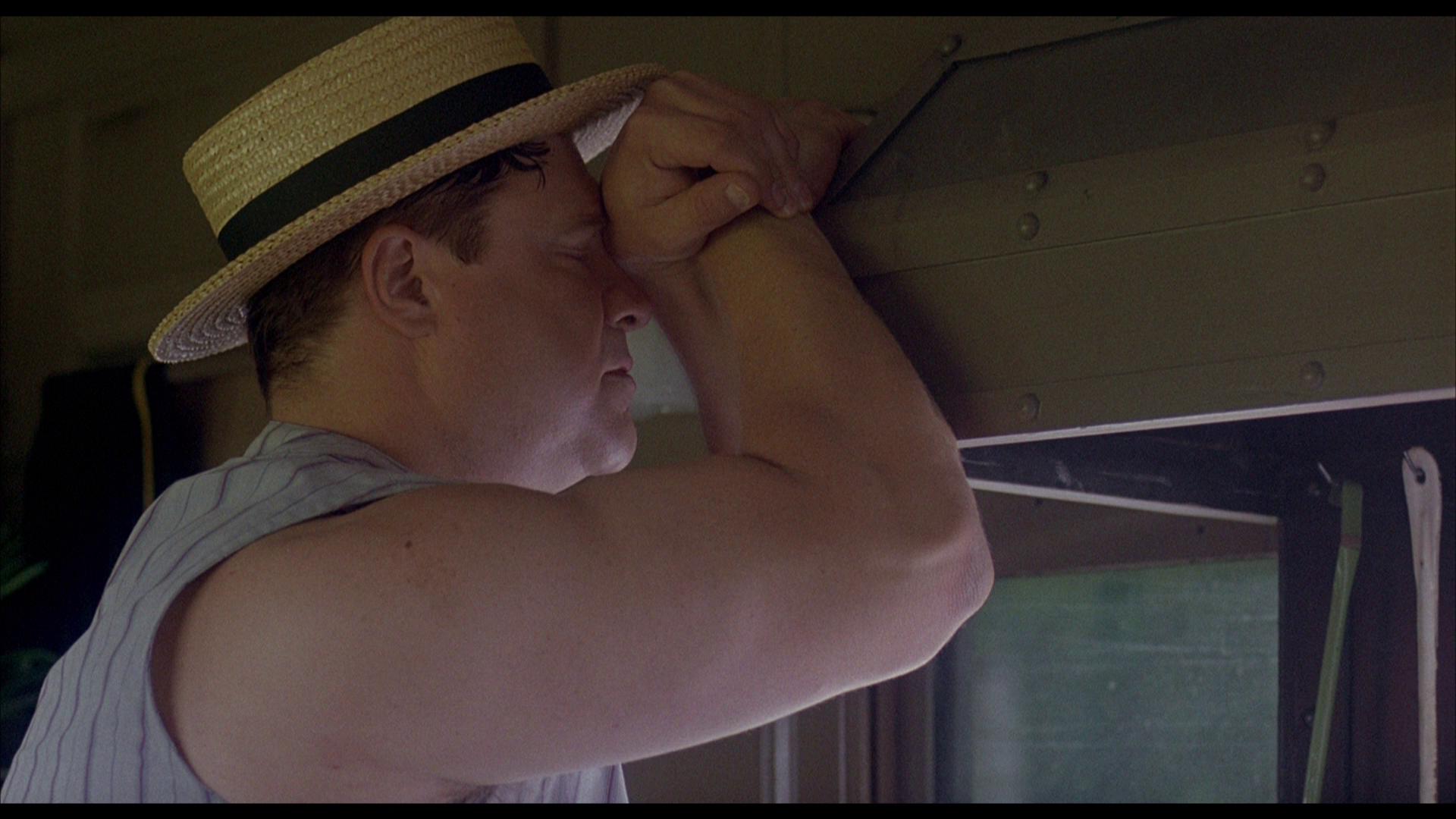