Before reading this review, you all should know that I don’t like scary movies.  I could tell you that I think the plots tend to be poorly written or they rely too heavily on cheap tricks and jump scares to be any good, but the problem is simply that I do not like to be scared.  I am a big wuss (as my wife would say) but I am still a major fan of the horror genre and love a well-done, well-acted, and well-shot horror movie with a real story behind it.  After being heavily peer pressured by other collectors, I found myself purchasing The Babadook, as a special edition release from Scream Factory.  Thankfully for me, this is not your typical slasher or found-footage horror flick that has dominated the cinema for the past thirty years.  No, this takes its jollies in taking us on a psychological thrill ride from beginning to end; but will it be enough to change my mind of the genre altogether? 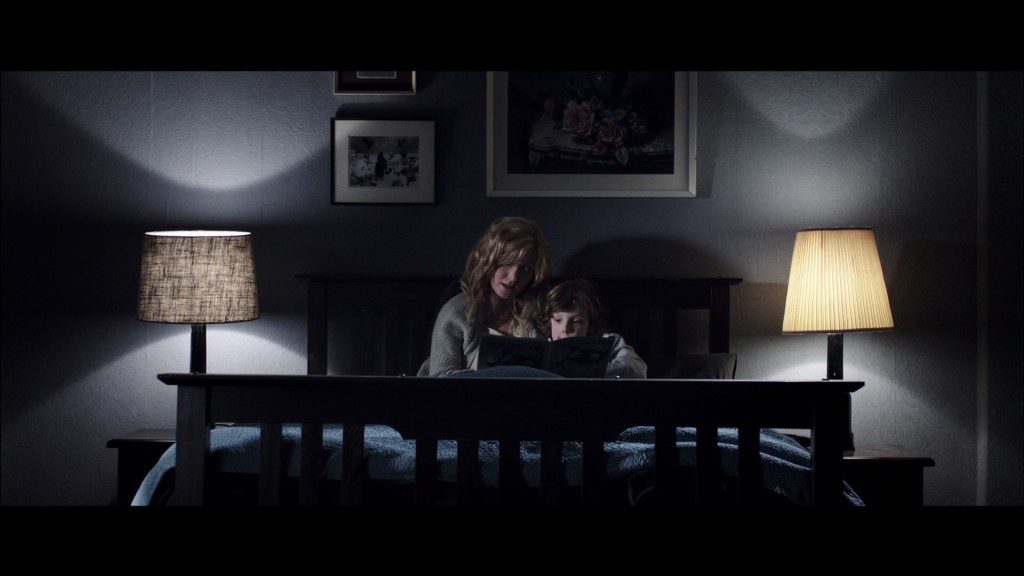 Our story follows Amelia (Essie Davis), a single mother dealing with a very difficult child.  We soon come to find out that Amelia and Samuel lost their husband/father seven years ago on the way to the hospital while Amelia was in labor.  Things seem to be getting worse and worse for the mother and son, when one night they find a storybook titled Mister Babadook. “If it’s in a word. Or it’s in a look. You can’t get rid of … The Babadook” boasts the seemingly innocuous, yet terrifying pop-up book, which soon becomes much more than she bargained for.  The Babadook starts to affect every aspect of their lives, ultimately breaking Amelia down psychologically. She finds that she must ultimately face the monster within herself before she can defeat the one currently plaguing her and her son. It is a terrifying, psychological thriller, but it is one of the best Indie films of any genre from 2014, and one of the best horror films of the past decade in terms of originality and pure dread that it instills in the viewer. Don’t watch this one before bed…

Is is very clear early on that this film isn’t like any other movies that fall into the horror genre.  The Babadook uses a variety of techniques to accomplish the haunting, surreal environment that serves as the atmosphere for the film.  Using the environment as much as possible to create suspense and terror, Director Kent manages to create a massive world within just one house, which is where most of the film takes place.  The transfer to Blu-ray by Scream Factory is absolutely amazing. Being such a dark film, the black levels need to be perfect to keep from presenting a muddy, washed out gray image. There are many examples of films shot primarily in dark rooms or settings that have poor transfers, which makes it nearly impossible to make out details in said sequences. However,  The Babadook is a great example of how to shoot and transfer a dark film correctly, and I never found myself struggling with the darker scenes in the film, which is especially important if you are viewing this film in a brighter home theater room. Director Jennifer Kent, although inexperienced, had a rather clear vision for this film and it comes to life beautifully on the small screen.

I hate to say this, as I very much enjoyed this film, but The Babadook had some of the worst audio editing of any film I have come across in years.  This was my second viewing, and on two separate televisions I found it extremely difficult to find a balance with the volume control.  There was no point where I could safely set the remote down without having to pick it right back up to change the volume level once again.  There are several scenes where it becomes very clear what the director was trying to accomplish with the constantly changing audio levels, but the audio mix provided with this Blu-ray release could not do justice to the director’s vision. The real problem came with dialogue and never being able to hear what they are saying to one another, which is typically a tell-tale sign of a poorly mixed audio track. This may be a product of the film’s lower budget and limitations that come with that, but it was fairly successful in its theatrical run, garnered lots of critical acclaim at festivals worldwide, and Scream Factory typically does a better job with their Blu-ray transfers in terms of both audio and video, so this was a bit disappointing.

As far as packaging goes, I feel like they hit it out of the park.  The packaging not only includes a pop up Babadook slip cover, but it also comes with a reversible artwork insert for the Blu-ray keep-case, as is standard for most Scream Factory releases.  This is absolutely some of the best packaging for any Blu-ray release that has been available thus far. I consider this the gold standard of all the Scream Factory collector’s edition packaging, and it displays a level of quality that should become the standard for any new release. Scream Factory clearly cares about the collectors, and this packaging goes to show what they are willing to do for us. 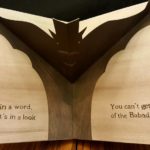 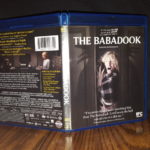 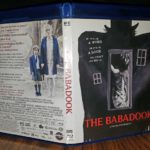 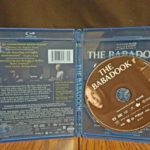 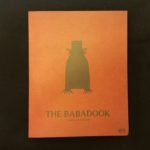 The film includes quite a few great special features.  More than a few do not really seem that well thought out as far as what should and shouldn’t be included in the bonus content.  The features are as follows:

One of the main reasons I went out and bought this film without ever seeing it was because of the overwhelming amount people discussing in the movie collector community at r/dvdcollection.  I am glad they did peer pressure me into buying this release, because this film gets better each time you watch it.  There are definitely multiple layers to the film that I did not get upon first viewing.  The combination of environmental and psychological aspects really take you for an emotional ride, and it can really can hit home for anyone who has experienced loss and refused to deal with it in one way or another.  I tip my hat to Director Jennifer Kent for creating such a perfect metaphor for what grief can do to a person who refuses to face the real issue.  The only real negative with this release is just the audio mix.  The constant problems I had with volume levels nearly ruined the film for me.  I really hope this was something wrong with my particular disc or television but I highly, highly doubt it.  You can purchase this edition HERE.

Overall (3/5) – Buy at your own risk, for once you let The Babadook in, there is no getting rid of him.