Drafthouse Films brings The Act of Killing to blu-ray, a documentary from Joshua Oppenheimer that takes a trip down memory lane with the executioners from the 1965 Indonesian Communist genocide, giving the viewers a sobering look into an event that went by all but unnoticed to most of the world.

Powerful, frightening, surreal, groundbreaking; all terms that I’ve heard describe The Act of Killing, and each one is completely accurate. Joshua Oppenheimer delivers one of the most impactful documentaries that I’ve ever seen here. After eight years of studying and filming the 1965 genocide in Indonesia, he has put together two films that provide looks into both sides of the conflict – the executioners (The Act of Killing) and the family members of the victims (The Look of Silence). This paints a very complete picture and tells a story unlike any other that I’ve seen in a documentary.

The film follows Anwar Congo in an interview style as he strives to create a movie based on his experiences as executioner/gangster during the genocide. Throughout the film Anwar introduces several old friends with whom he shares stories of brutally murdering countless people during his youth. As they discuss their exploits and reenact the murders, they unveil their thought processes of the time, revealing just how little remorse they have over everything that they’ve done. However, throughout the film you will notice that while they outwardly display a complete desensitization to the violence, they may actually be experiencing guilt and doubt internally as they relive their past.

We learn about corruption, propaganda, and a slew of other crimes and shady dealings that continue to go on today. Apart from the horrendous history that is revealed here, The Act of Killing also acts as an expose on a problem that continues to plague the country. Not only is the filmmaker not able to safely return to Indonesia because of this project, a number of his crew has had to redact their names from the credits for fear of repercussions. In fact the family of a specific victim mentioned in these films has had to relocate for fear of blowback.

If you have any interest in learning about this event, this film is a fantastic starting point. It’s a tragic story that is well told and informative, from a perspective that is extremely unique. It should also be noted that while The Act of Killing and The Look of Silence can be watched separately and standalone, it is highly recommended that you watch them together and in this order.

This review is based on the Director’s Cut of the film, which features about 45 extra minutes of footage over the Theatrical version of the film. The blu-ray release includes both versions, but it is highly recommended that you watch Joshua Oppenheimers cut. 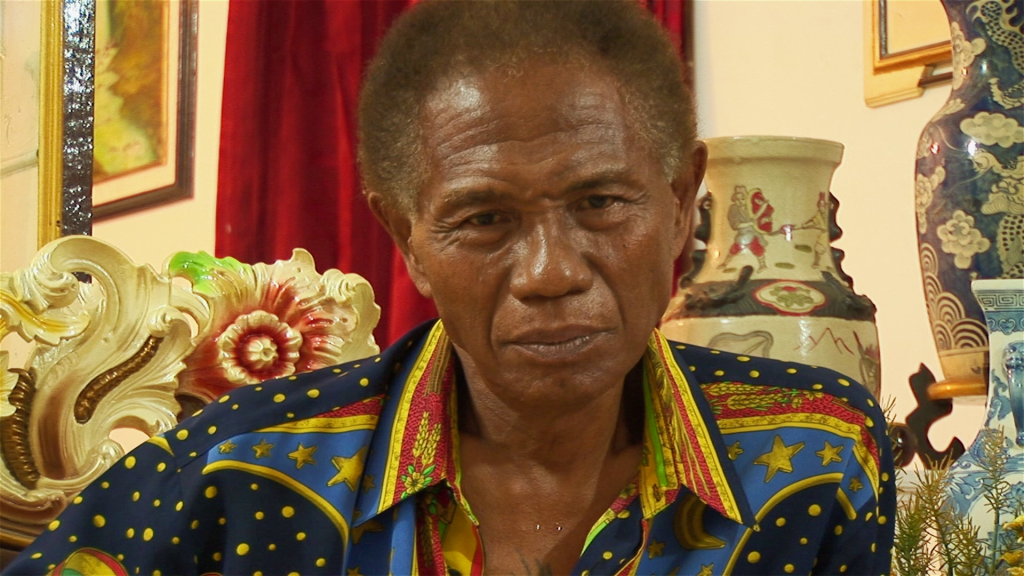 Having been shot over the course of five years, the quality of the film fluctuates throughout. For the most part, the image is great, with good, deep blacks and a vibrant color palette (Indonesia is a beautiful backdrop). There are some noticeable drops in quality during some of the scenes, where it looks like different cameras may have been used. You will notice some brightness issues in some of the interviews, and video noise in places. These don’t distract too much from the experience, and are generally more forgivable in documentaries. Overall, this is a very solid transfer that never gets in the way of telling the story. 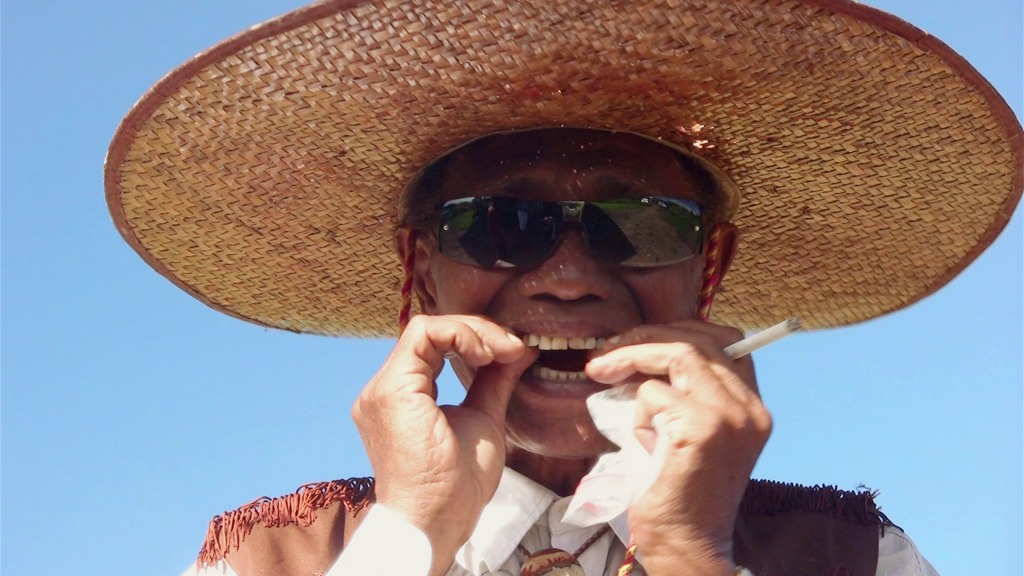 The Act of Killing features an Indonesian DTS-HD Master Audio 5.1 track, with forced English subtitles. The film itself is very dialog driven, so for the most part the surround isn’t really flexed here, but given the content I have no complaints. Oppenheimer uses background noises in a smart way intermixed with the dialog to add a fluent tone to the film; and silence is used smartly, adding a weight to some scenes that wouldn’t be there otherwise. This was a very smartly put together track, and it helps tell the story in an effective way, and keep the viewer interested for the longer showtime. 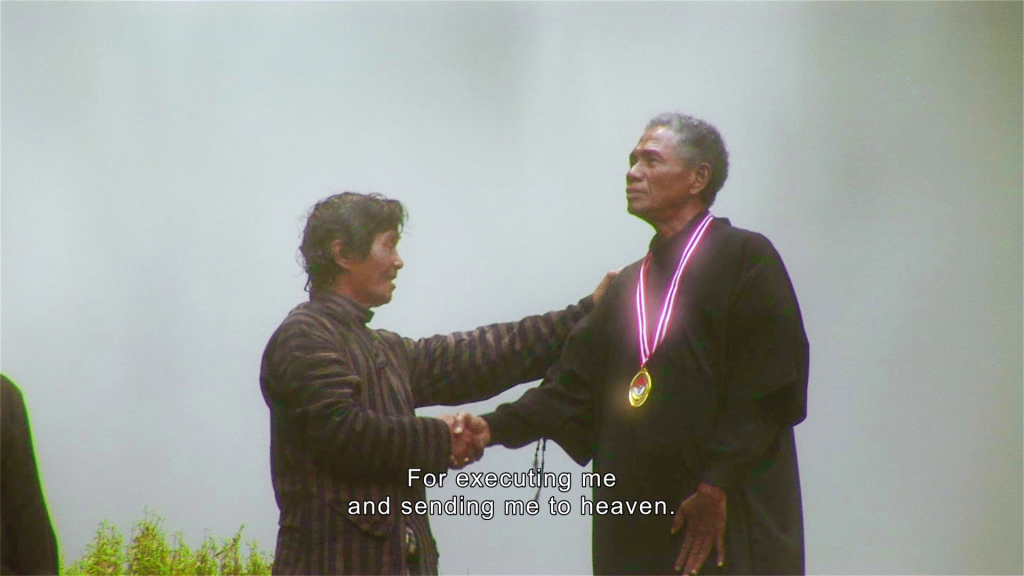 Drafthouse films is known for their clear cases and attractive packaging. Included in this blu-ray are: 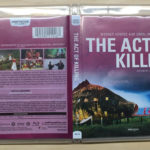 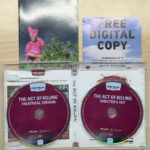 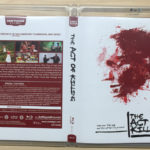 There’s some really fascinating information in these features if you’re looking for more information on the subject. I would definitely suggest watching these, especially the interview with Joshua Oppenheimer.

The Act of Killing is a heavy documentary, but tells a fascinating story and is likely to change lives in Indonesia. This is an important work. I highly recommend this to anyone interested in documentaries. 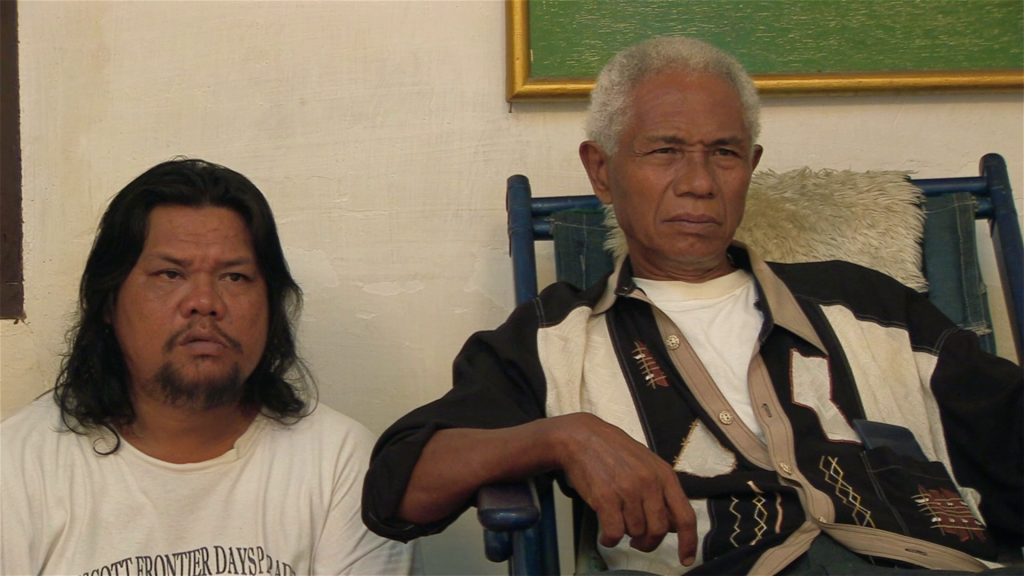