Terminator Genisys is a 2015 American science fiction film that was directed by Alan Taylor and written by Laeta Kalogridis and Patrick Lussier. The fifth installment in the Terminator film franchise, it serves as a soft reboot to the film series, using the plot element of time travel to erase the events of the previous films of the franchise from the series continuity. It stars Arnold Schwarzenegger, who reprises his role as the eponymous character, Jason Clarke, Emilia Clarke, Jai Courtney, and J. K. Simmons. The plot follows soldier Kyle Reese in the war against Skynet; Kyle is sent from the year 2029 to 1984 by John Connor, leader of the Human Resistance, to protect his mother, Sarah. When Kyle arrives in the past, he discovers that the timeline has been altered and Sarah has been raised by a reprogrammed Terminator.

Megan Ellison and her production company, Annapurna Pictures, acquired the franchise rights in May 2011. The following year, production of another installment in the series was set up in collaboration with Skydance Productions (owned by Ellison’s brother, David). The Ellison’s consulted Terminator creator James Cameron in the hope of returning to the spirit of the original film, The Terminator, and its sequel, Terminator 2: Judgement Day. Principal photography was held primarily in New Orleans, with some in the on-screen setting of San Francisco. Six companies handled the film’s visual effects; its prosthetic make-up and animatronics were created by Legacy Effects.

The film was released by Paramount Pictures on July 1, 2016, in standard digital format, RealD 3D, and IMAX 3D. Terminator Genisys was not well-received by film critics, who found the story and performances to be unsatisfactory, although Schwarzenegger’s return to the franchise was heavily praised. It ended up grossing over $440 million worldwide, making it the second-highest-grossing film of the franchise and Schwarzenegger’s career behind Terminator 2: Judgement Day. 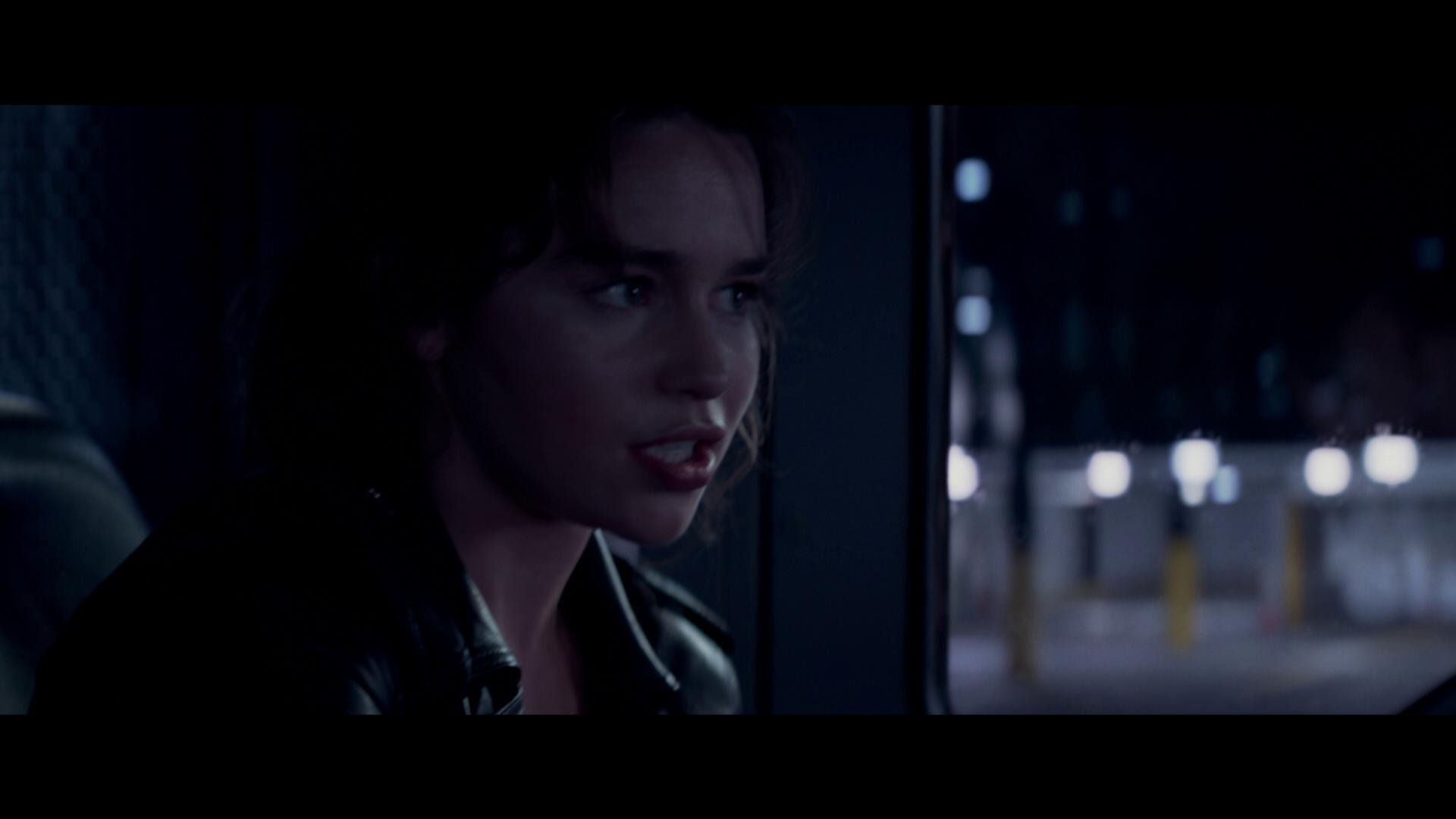 Serving up a completely new parallel universe, Terminator Genisys works to try to separate itself from the overall greatness that had been achieved by the first two films of the franchise.  Giving audiences a new concept that unfortunately lacks depth, intelligence, or any real thrills.  Yes, this film is a million times better than the third film of this series, as we all know that one was an absolute nightmare.  But, this one is slightly repetitive, considerably cheesy, and something that I would personally consider to be a guilty pleasure.  Providing audiences with an entertaining revival to the series, it allows for those of us who grew up watching these films to have a nicely done sense of nostalgia and an experience that’s pretty on par with your standard b-movie. 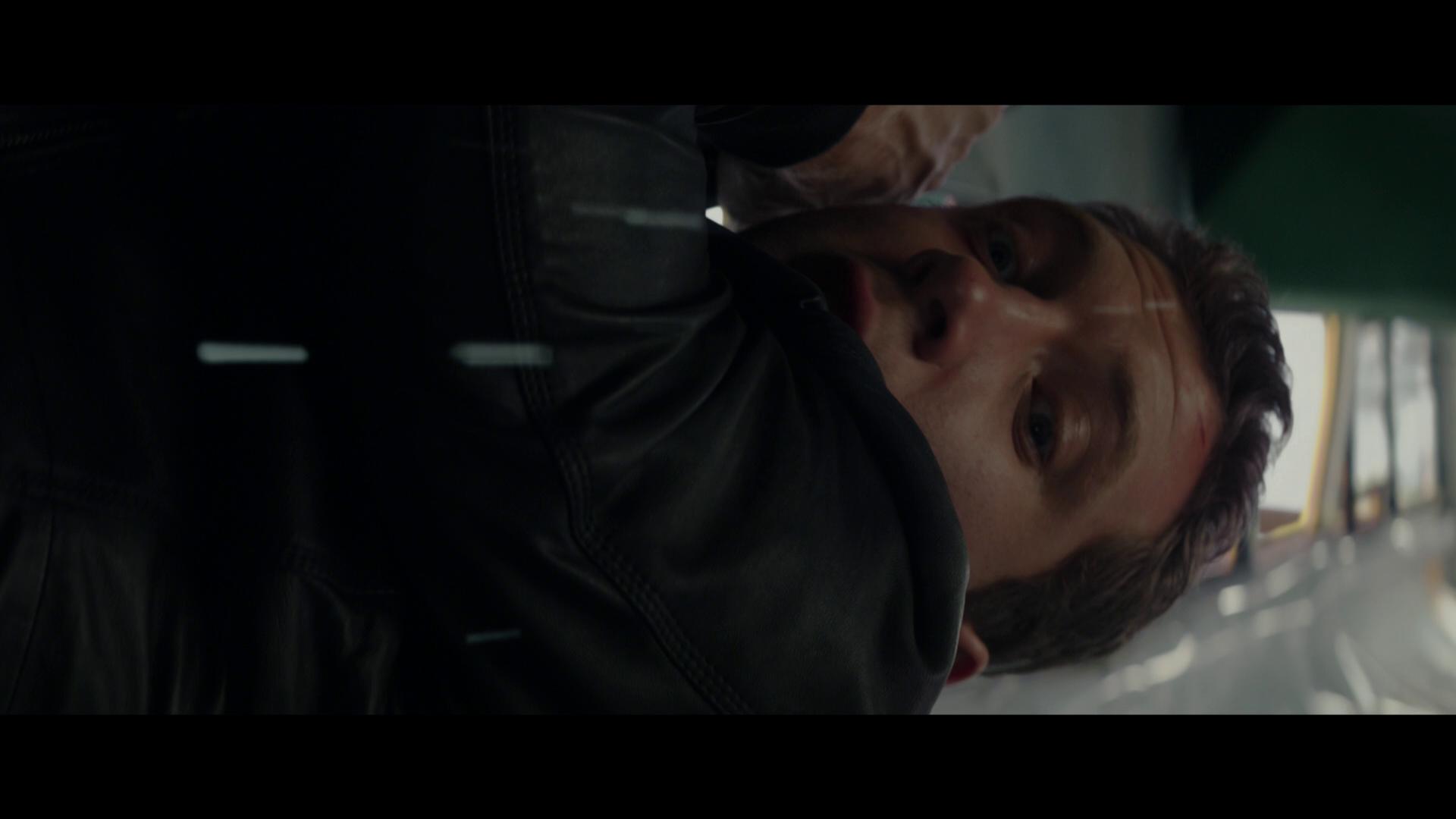 As another upscaled or “fake” 4K release, Terminator Genisys gives its viewers a slightly cleaned up image that’s not only had its resolution increased, but has gone through a HDR pass.  Solely looking at the utilization of HDR throughout this film, you can definitely see that there’s not only a crisper, more lifelike image; but the boost of the overall colorization of the film really made it shine as it played out across my living room television.  The CGI effects were softened during the processing phase to allow them to feel significantly more real, allowing them to blend right into the scenes really nicely. 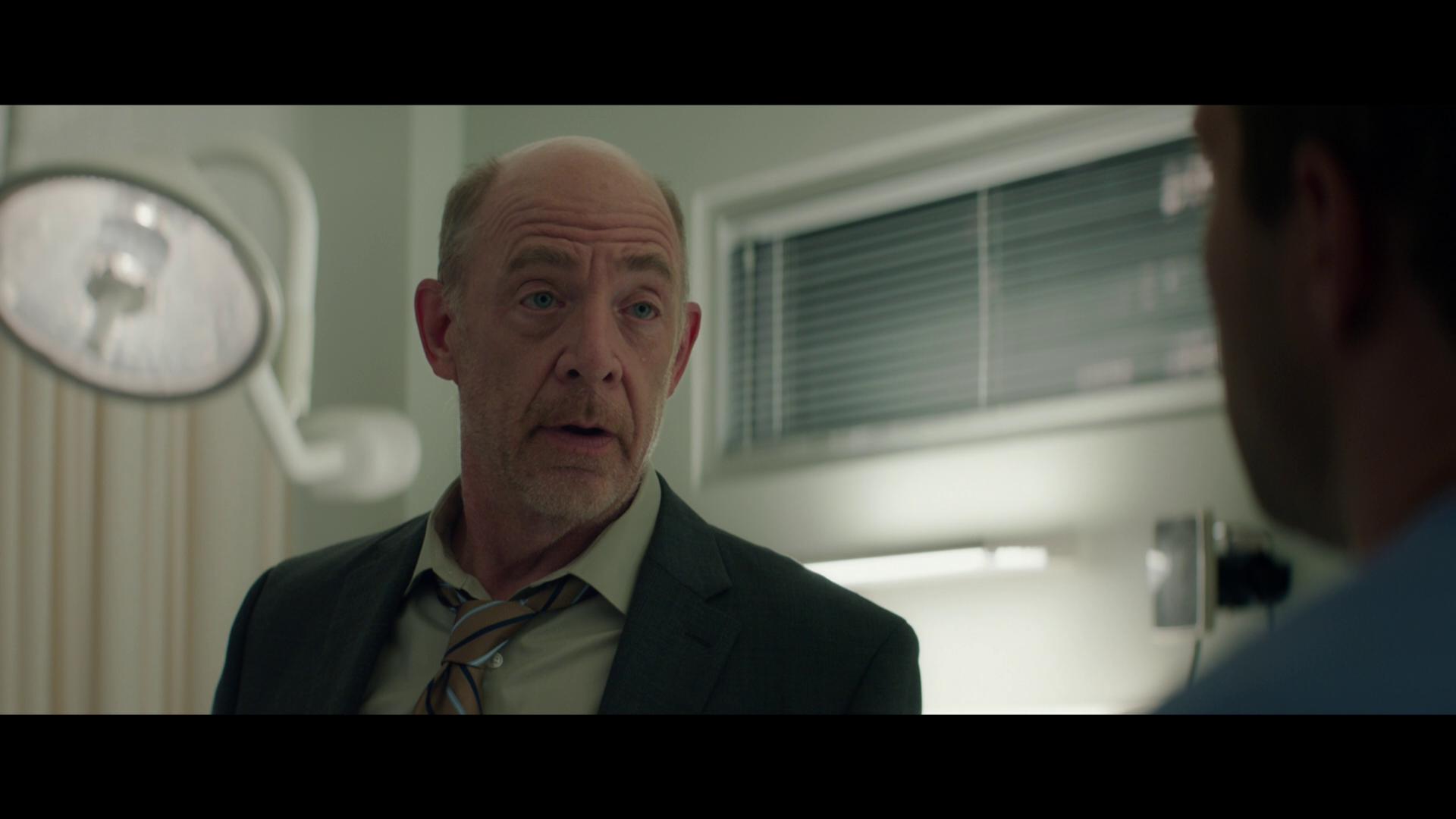 Packaged with an English Dolby Atmos audio track, Terminator Genisys provides its viewers with an all out immersive audio experience that really slams as it plays through home audio equipment.  Doing an absolutely fantastic job at placing its viewers right into the middle of everything, it really was quite the experience to hear everything from the perspective of the camera as if you were really right there.  The dialogue of the film was clean, clear and easily understandable without having to manually adjust the volume levels as it progressed.  The best part about the audio track on this release has to be the bass track as it accompanies the variety of action sequences.  Really doing its job to place emphasis on the severity of what’s going on, it almost felt as if my floor was going to crumble from the vibrations. 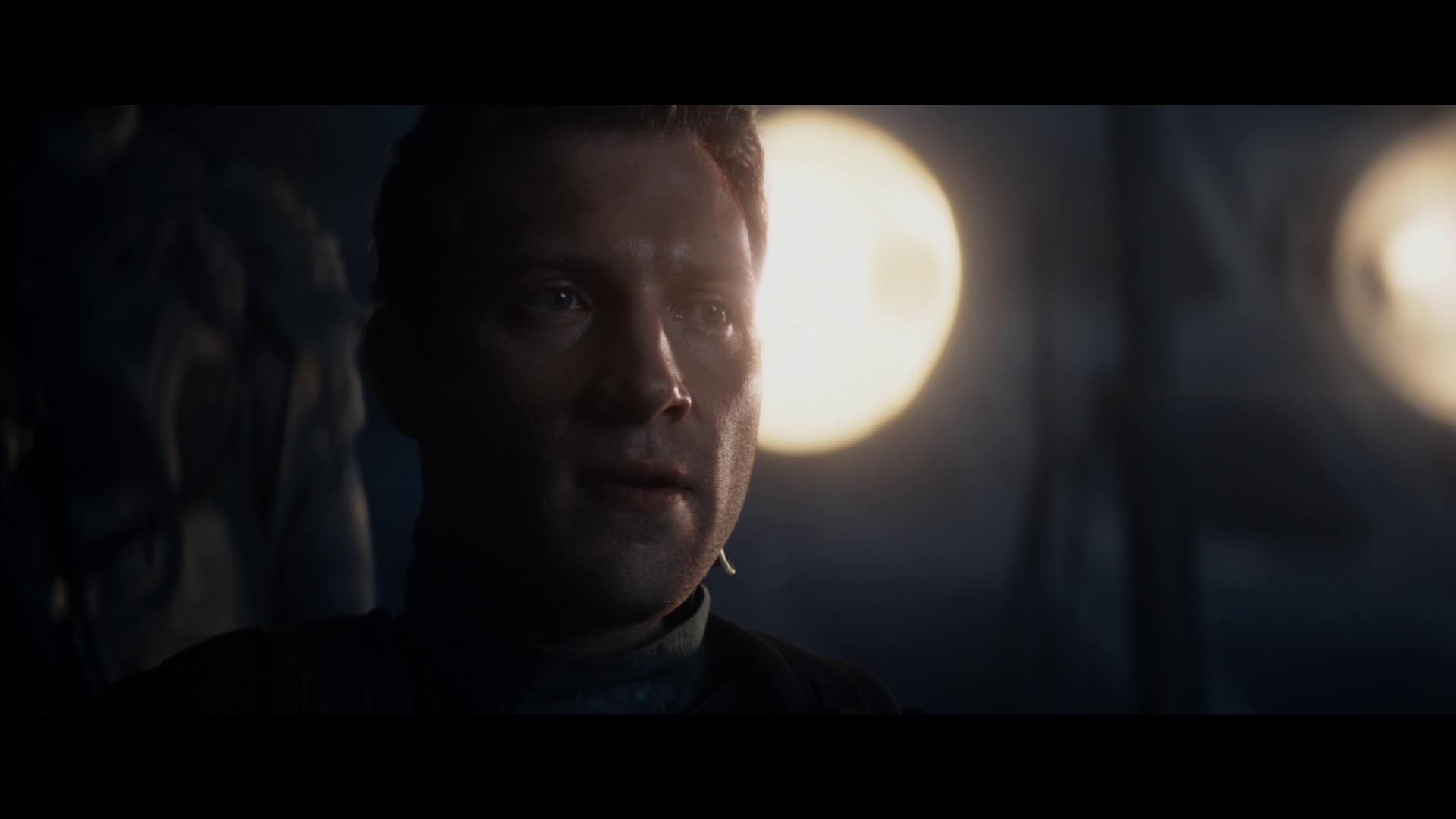 Packaged in a three-disc 4K UHD amaray case, Terminator Genisys comes packaged with your standard 4K UHD copy of the film, the standard Blu-ray copy of the film and a separate Blu-ray disc that includes a lot of the special features for this release.  The discs feature no artwork that’s related to the film outside of the standard release text and the generically solid colored blue or black background for each disc respectively.  There are no DVD copies included with this release; however, there is a digital copy redemption pamphlet that’s been included for the various streaming options as well as a slipcover that’s been made available during the original pressing of the release.  The slipcover features the same piece of artwork that’s been made available on the case art. 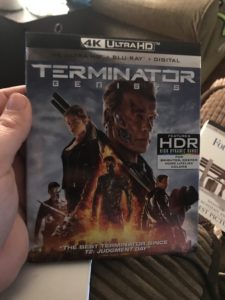 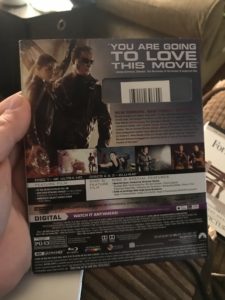 There are a lot of special features included with the 4K UHD release of Terminator Genisys.  All content is made available on the two Blu-ray discs that come with this package; and the features do a really decent job at not only providing more insight into the story and their intent to separate the Terminator franchise from the world that they had once created.  As you browse through these, you also get to see a good amount of behind-the-scenes action as you experience what the crew and cast members went through to make this movie happen.  Included with this release is: 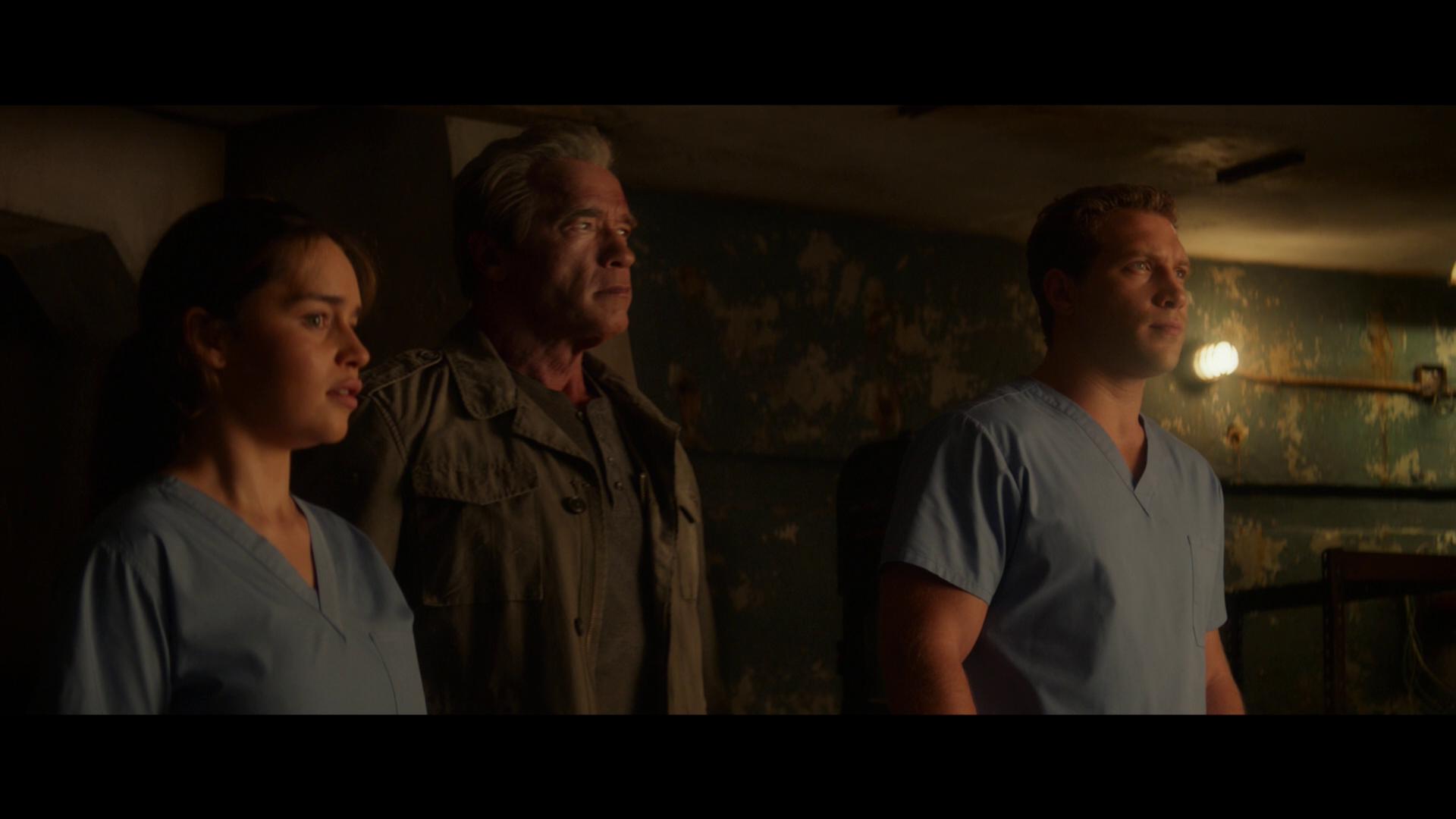 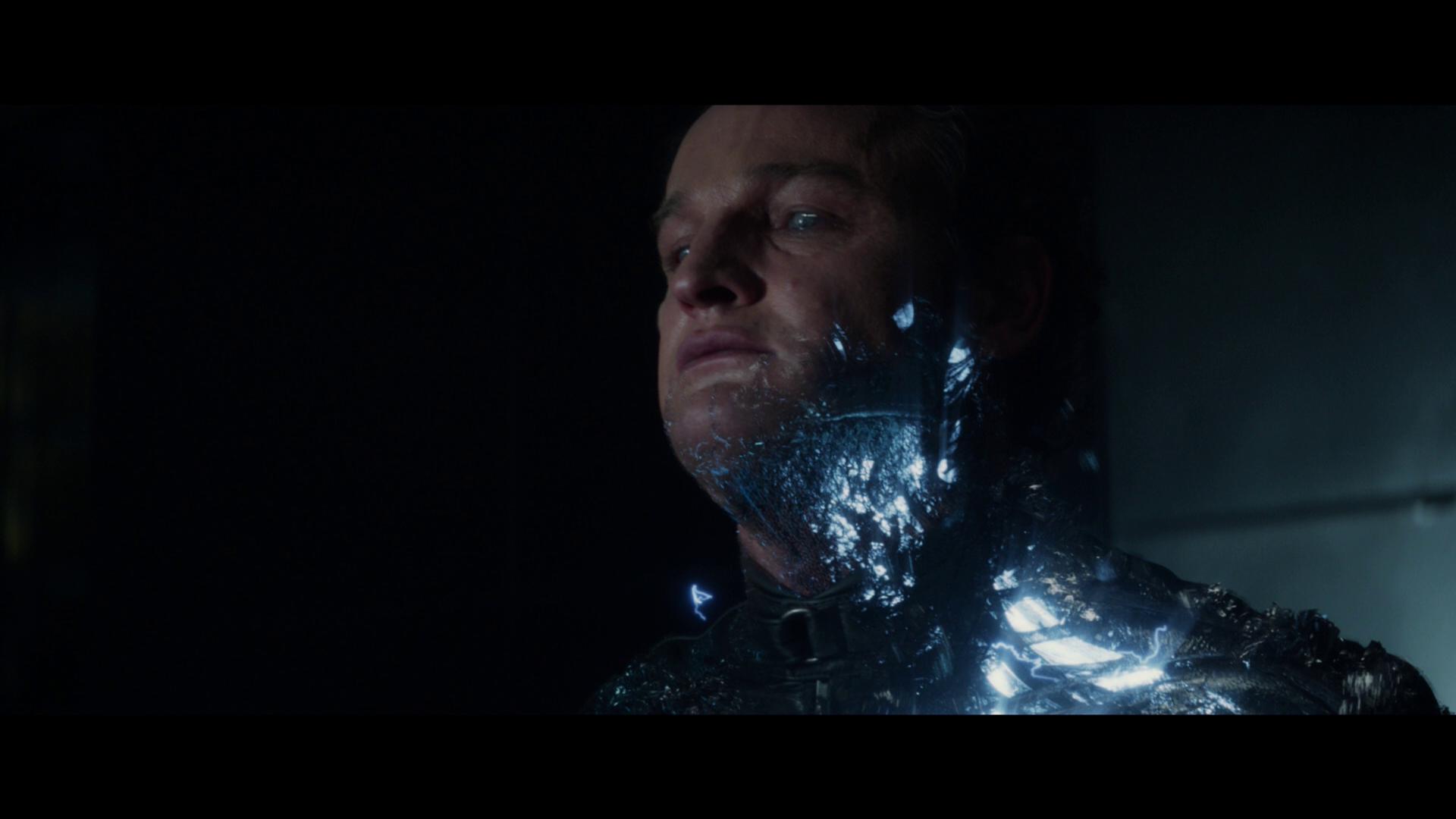 While Terminator Genisys isn’t anything like the earlier films of the franchise, it’s a completely new and extremely cheesy spin-off as they did what they could to create this new universe for the characters.  The visual and audio presentation of the 4K UHD release were nicely done, despite this film being upscaled from 2K as its utilization of HDR10 was fantastic.  The special features that are included are nicely done and considerably comprehensive.  If you’re considering grabbing this for your collection, I would definitely recommend it.  Especially if you already have the second film on 4K, and are working toward owning all of them on 4K (which I’m sure will happen eventually).  Terminator Genisys will be available on 4K UHD beginning on Tuesday, June 12, 2018. 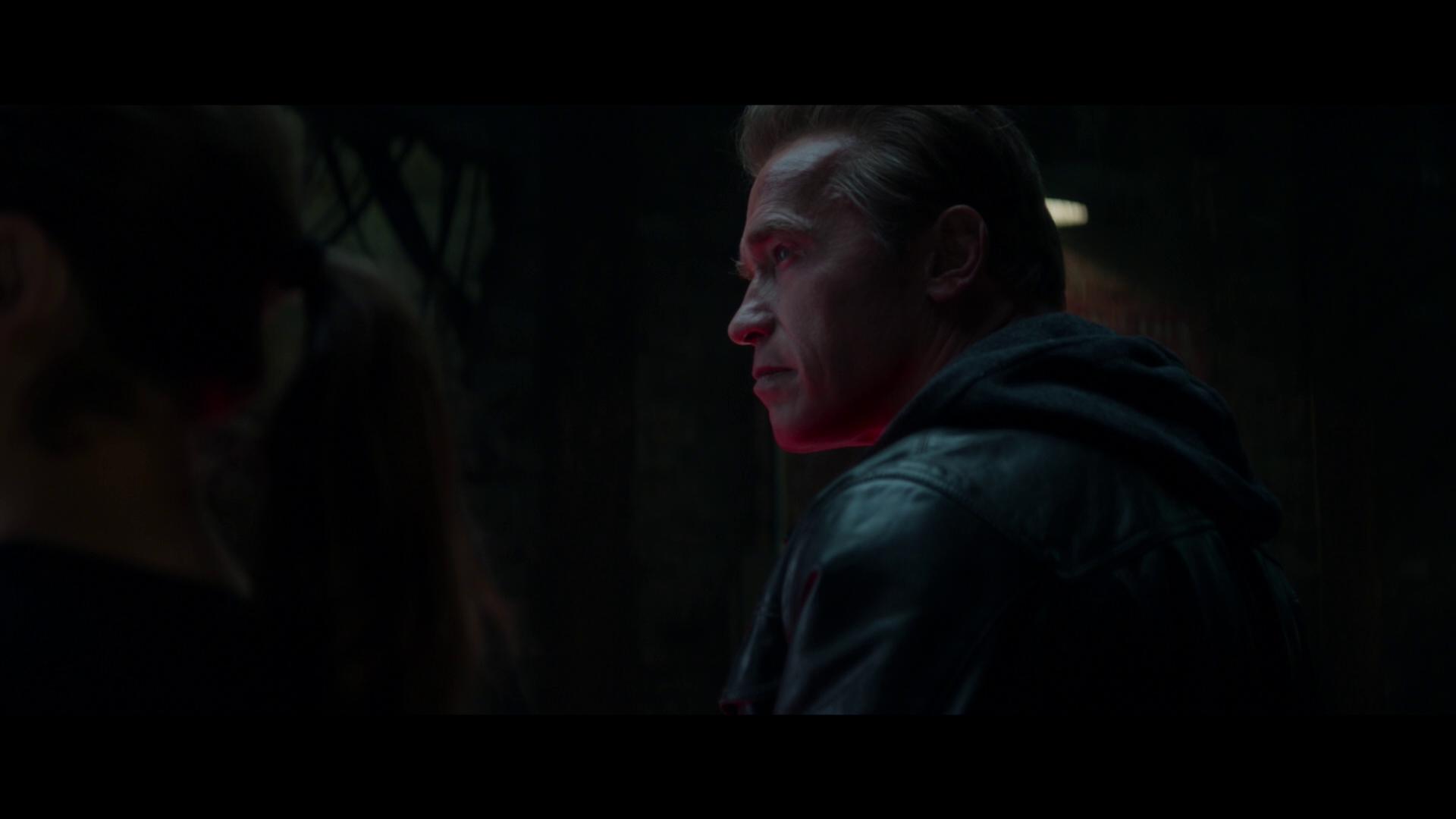