Teenage Mutant Ninja Turtles: Out Of The Shadows is a 2016 action adventure film that is the sequel to its 2014 predecessor.  Directed by Dave Green, and written by Josh Appelbaum and Andre Nemec, and features Megan Fox, Stephen Amell, Tyler Perry, Alan Ritchson, and Jeremy Howard; we are certainly in for a ride with our beloved heroes in a half-shell.  The film made its theatrical debut on June 3, 2016, and overall received a mixture of criticism, with most agreeing that it was a much better improvement over the first film.  However, Out Of The Shadows wasn’t nearly as successful as the first film because of its grossing over $245 million against having a $135 million budget.

Taking place one-year after their last battle with Shredder, the heroes continue to live in the sewers while allowing one of their colleagues to take the credit for the win against the Shredder.  It is later discovered that one of the most notorious scientists is working with Shredder in hopes to build an army that will ultimately take over the world.  As the story moves onward, we are introduced to many of the classic characters we all knew throughout our childhood, including Bebop, Rocksteady, Casey Jones and Krang. 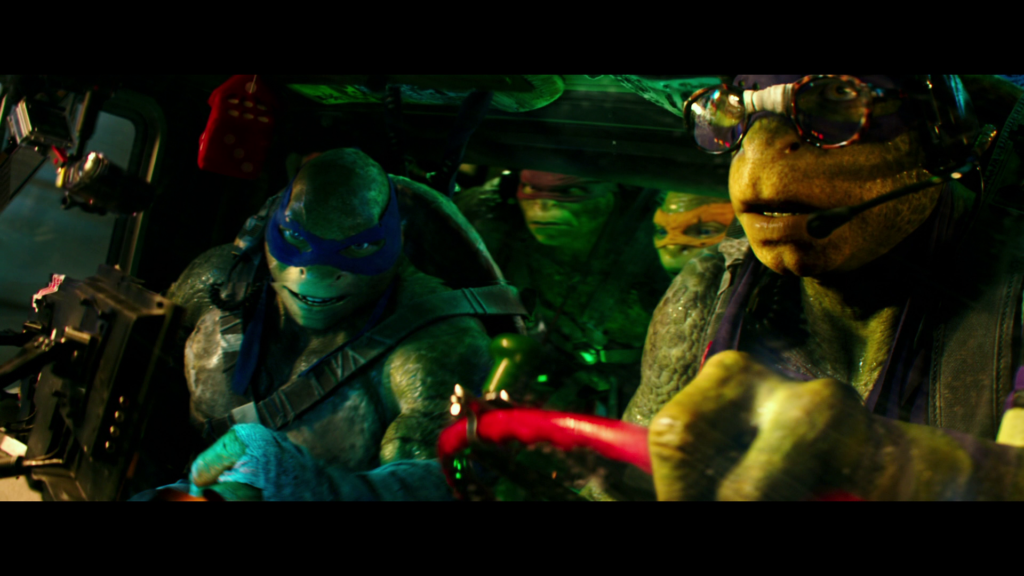 After watching through Teenage Mutant Ninja Turtles: Out Of The Shadows, I was extremely pleased with what it had to offer.  This film does a fantastic job at touching base with the with the turtles a lot of us grew up with during the the 90s.  We have the periodic moments of action while the turtles fight to defend planet Earth, there’s also the crazy antics and jokes the turtles had, and the “I’m a badass” vibe that Casey Jones gave us, I couldn’t help but be ecstatic about this release.

The film itself certainly was better than its predecessor.  After seeing the earlier film, I had a fair amount of complaints; but it is a reboot that is trying to reach out to a whole new generation of people.  However, with this film, the production crew focused more on the turtles allowing those of us who grew up with the heroes to have much more appreciation for it. 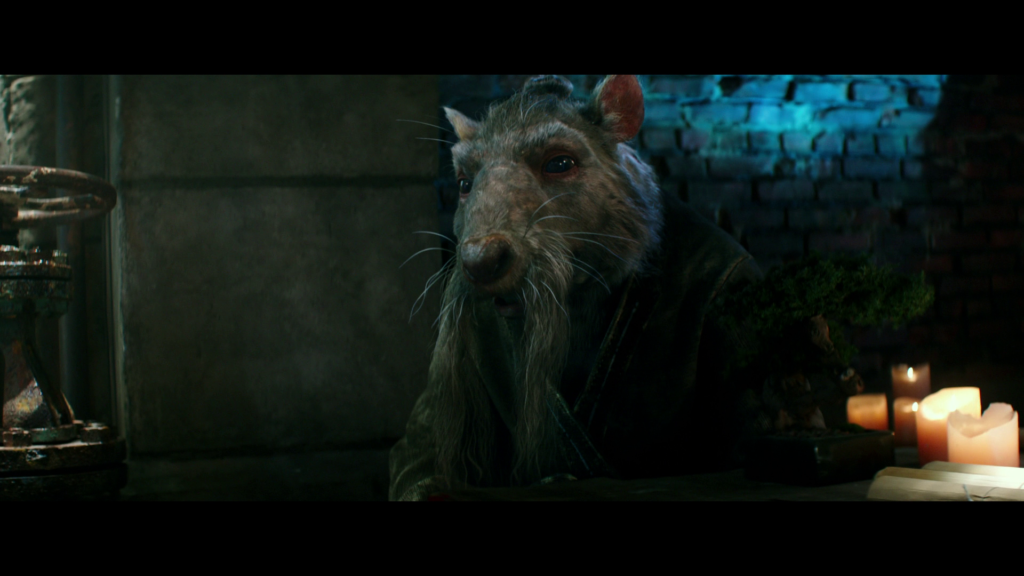 While the UHD of Teenage Mutant Ninja Turtles: Out Of The Shadows boasts a 4K (2160p) resolution, this film isn’t considered to be a real 4K film.  Shot in 2.8K, with the VFX rendered at 2K, and having a 2K digital intermediate; the only thing that made picking up the UHD release beneficial was the use of HDR.  Making full use of the newer technology, the colors of this film really popped.  The picture quality was really clear, however the dark scenes could’ve been handled a little bit better.  I mean, the turtles live in the sewer, and really only come out at night, so the majority of this film takes place in darker scenery. Unfortunately, the contrast and brightness were not up to this the task that this movie’s darkness required. 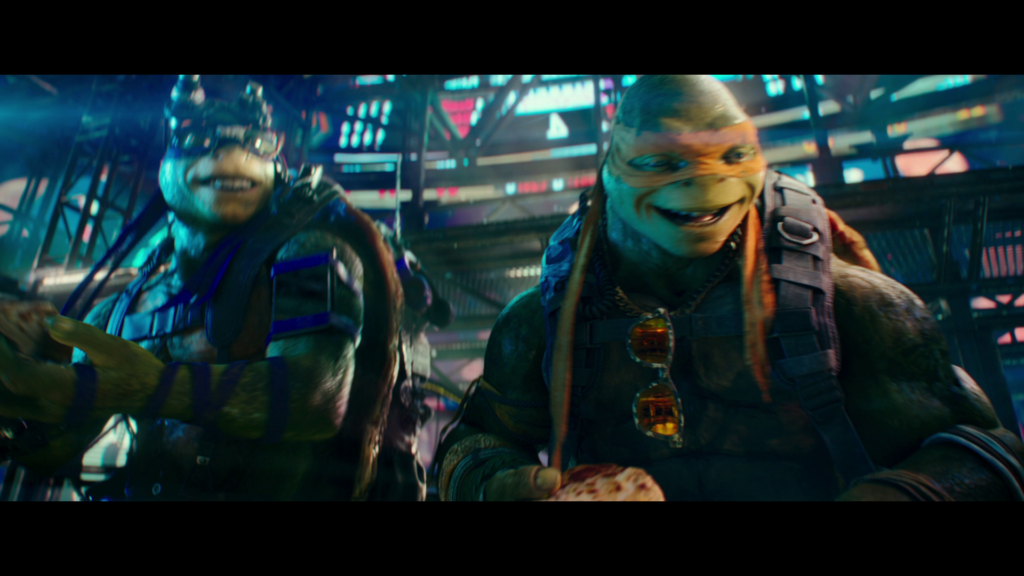 Making full use of the Dolby Atmos technology, it really was a phenomenal experience to hear the events that unfolded in Teenage Mutant Ninja Turtles: Out Of The Shadows from all possible angles.  As the various action scenes played out; it truly was an experience and feel as if I were stuck in the middle of the action.  In fact, there was one notable chase scene that took place involving several motorcycles, hell it even featured the Polaris Slingshot in action which I’m sure I’d never seen before.  Just hearing those engines revving all around me as the riders did what they sought out to do was great.  The Prime Bookshelf and Prime Satellite speakers from SVS Sound did an absolutely phenomenal job at maintaining clarity with no distortion whatsoever; it really was like I was in the middle of a bike race or rally. 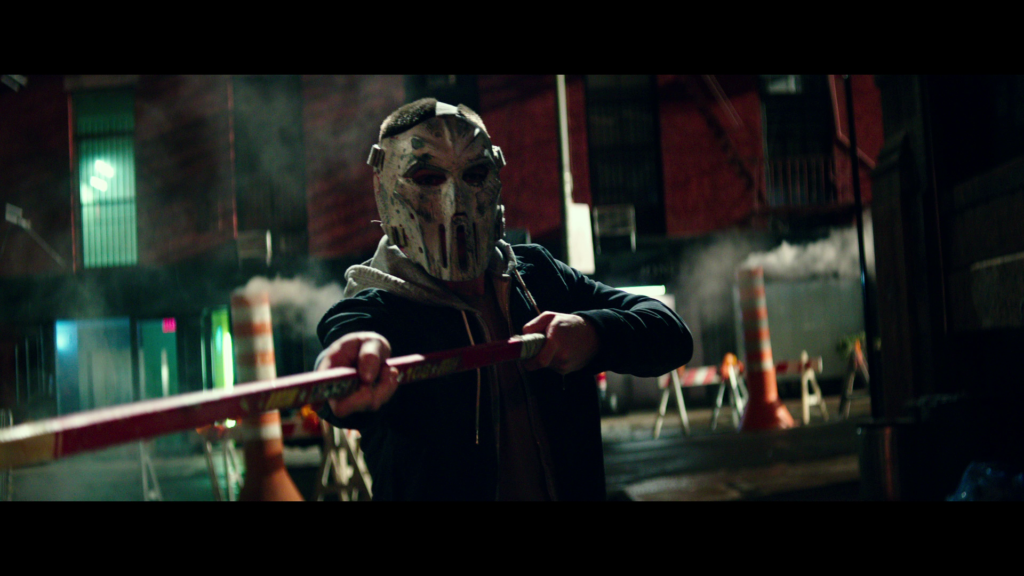 Teenage Mutant Ninja Turtles: Out Of The Shadows comes packaged in your standard amaray case that all other UHDs come packaged in.  Contained within the packaging is your standard UHD Blu-ray Disc as well as a Blu-ray copy of the film in addition to an UltraViolet Digital Copy Redemption Pamphlet that can also be redeemed within iTunes.  This film comes with a slipcover in its original pressing as well.

Much like the majority of the other UHD releases, all additional content is included on the standard Blu-ray disc.  However Paramount Pictures made sure to advertise the traditional items that come with UHD features as “bonus items”.  I’m sorry Paramount, but 4K Resolution, HDR inclusion and Dolby Atmos audio tracks aren’t additional items when you are paying the premium for the UHD format and every UHD release as those same features.  Included on the Blu-ray disc are the following items, which were previously covered in the 3D Blu-ray review. 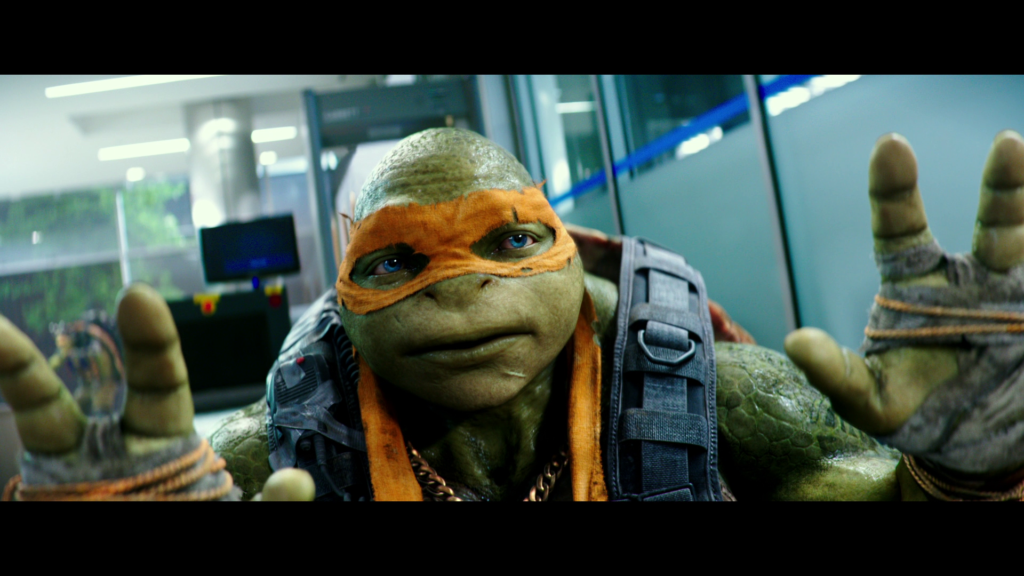 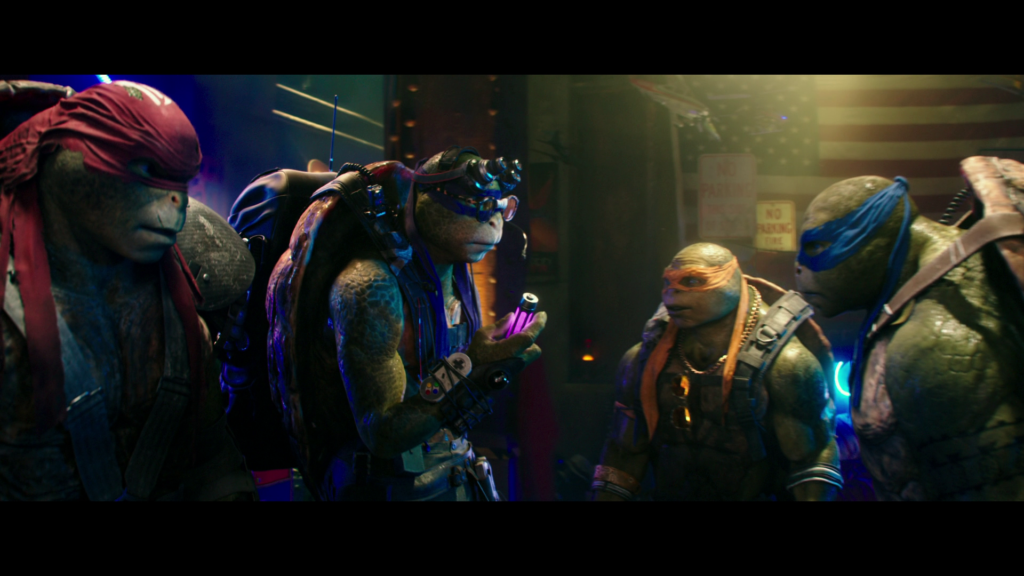 Like I had mentioned earlier, I was excited to bring this film home.  Being someone who grew up with the turtles through the majority of their childhood, putting this into my player was the first thing that was on my mind.  After watching through Out Of The Shadows, I can certainly agree with the critics in that this film was much better than the first.  The first film since the reboot had a lot of issues that took me a while to accept since it is in fact a reboot; however the biggest issue I had with the first was that it centered a lot around April O’Neal.  The second film did a much better job at including the turtles into the story, maintaining a lot of the behaviors and attitudes we saw throughout our childhood and overall made this movie a really fun experience. Also, if you had seen any of the earlier live-action films, there are a couple of notable shoutouts to the original films; let’s see if you can pick them out. If your 4K TV isn’t HDR compatible, I will say that grabbing the UHD will not be worth your money, as the inclusion of HDR really helped alot with the visual presentation, so grabbing the standard Blu-ray will definitely do the trick for you.  However, if you’re fully equipped with a 4K Setup that sports HDR, definitely grab this UHD, you will not be disappointed! 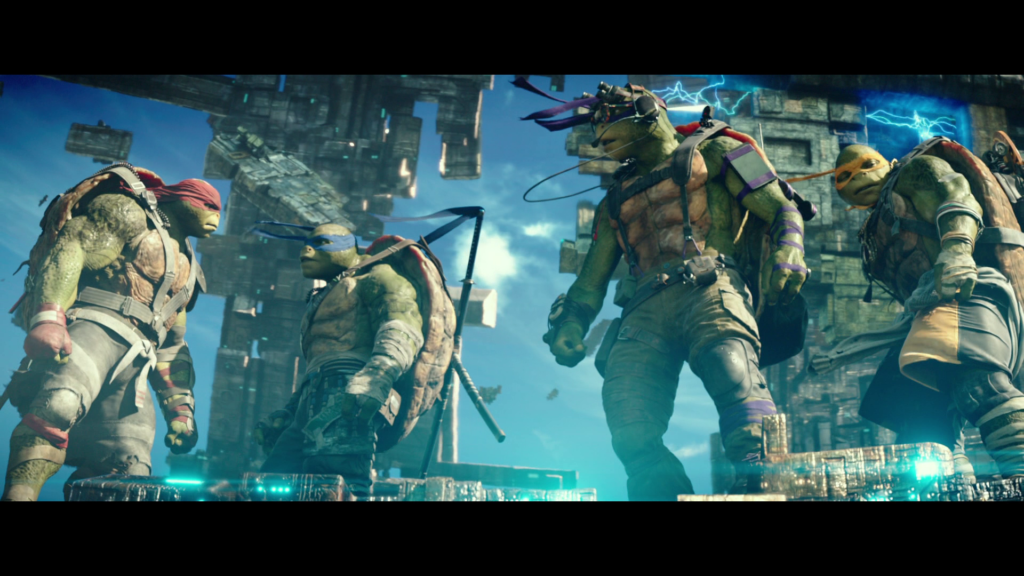