Teen Titans Go! To the Movies is a 2018 American animated superhero fantasy comedy film that is based on the television series Teen Titans Go!, which is adapted from the DC Comics superhero team of the same name. From Warner Bros. Animation, the film is written and produced by series developers Michael Jelenic and Aaron Horvath, and directed by the series producer Peter Rida Michail and Horvath. The events of the film take place during the fifth season of the television show.

Starting off in Jump City, the Teen Titans arrive to stop the Balloon Man. When he can’t figure out who they are, the Teen Titans jump into a rap song to introduce themselves and become distracted, forcing the Justice League to intervene. They criticize the Titans for being childish, not taking anything seriously, and bring up the fact that they do not have a movie of their own to prove their legitimacy.

The film features the voices of Greg Clipes, Scott Menville, Khary Payton, Tara Strong, and Hynden Walch reprising their respective roles from the series, while Will Arnett (who also produced the film) and Kristen Bell join the cast. It was theatrically released in the United States on July 27, 2018, by Warner Bros. Pictures. The film has grossed over $51 million worldwide and received generally positive reviews from critics, with praise directed toward the cast and the humor. 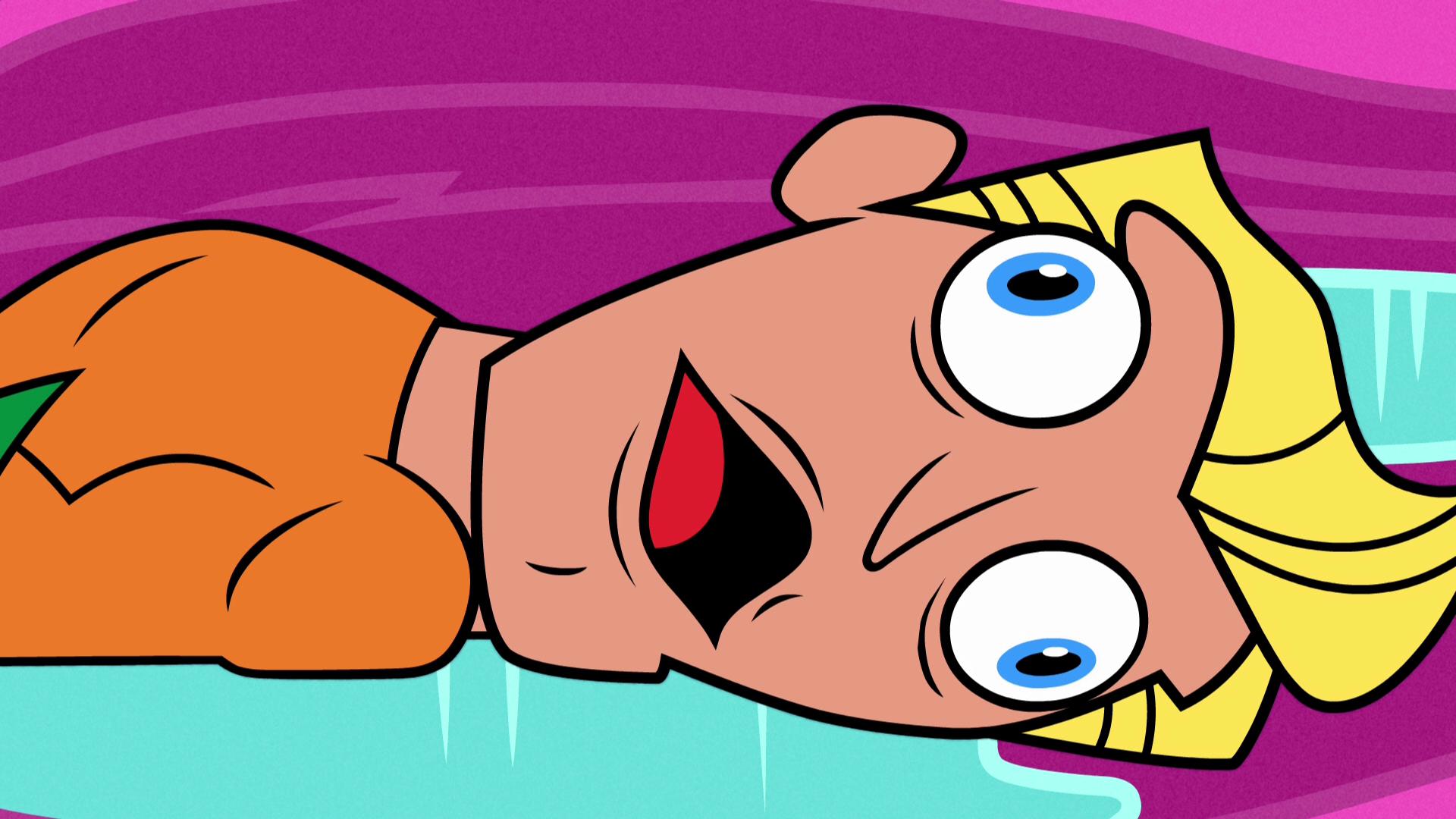 Teen Titans Go! To the Movies is a movie that, in all honesty, caught me off guard right from the start.  As I watched along with it the other night, I was expecting the same laziness in the story that accompanies a lot of modern day cartoons, and was completely enamored with a fun and goofy experience.  The movie has a pretty solid storyline that appeals more toward younger audiences; however, there are a fair amount of parts that will grab the attention of adults.  The comedic gestures from the characters were even more surprising as there are jokes directed at both the MCU and DCU films over the past decade, and even Stan Lee makes a pretty funny cameo appearance.  My wife and I both thoroughly enjoyed this movie from start to finish. 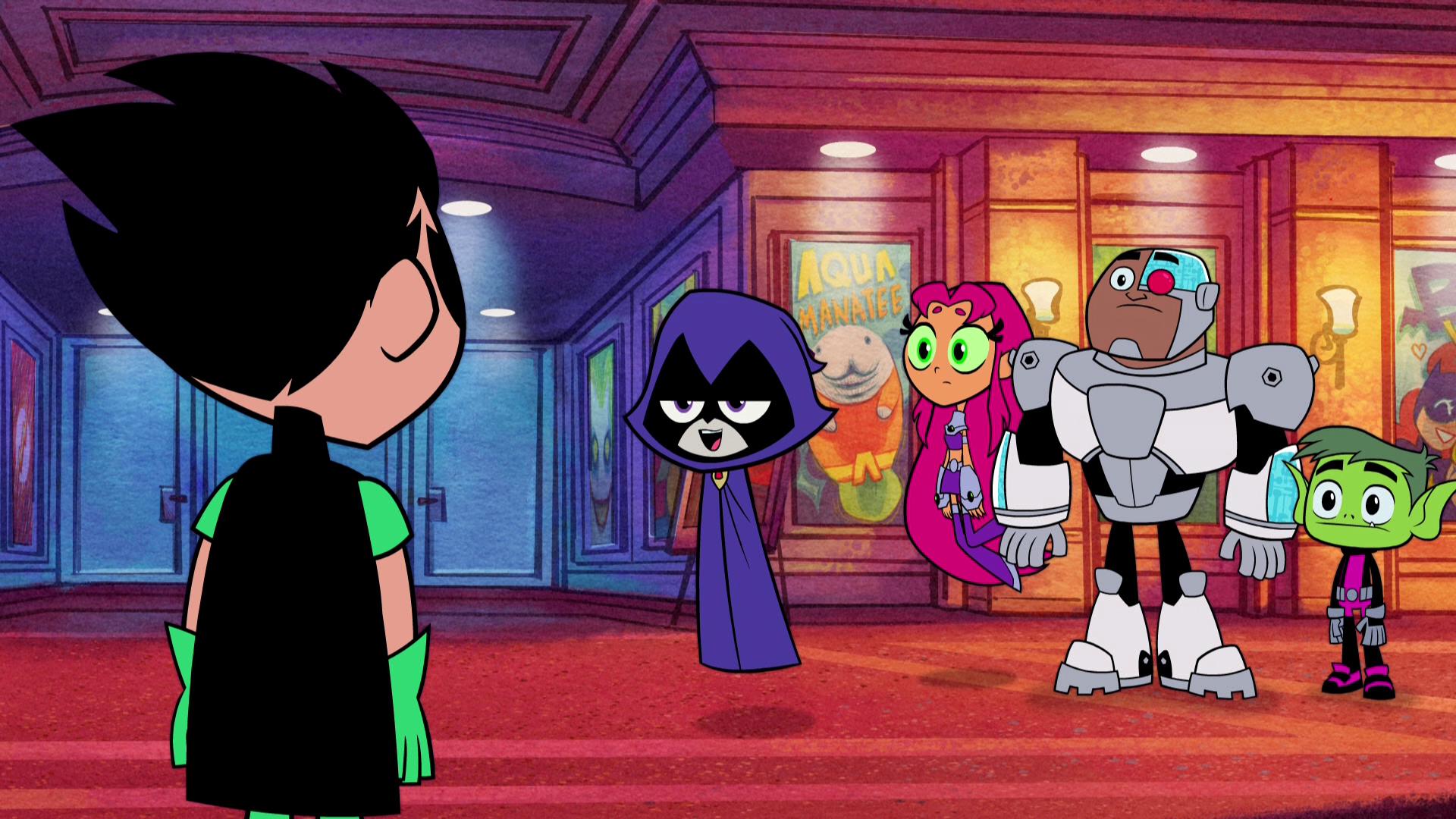 The Blu-ray release of Teen Titans Go! To the Movies boasts a considerably bright and vivid color palette that really makes the animation shine, and the distinct lines in the drawing more apparent as the movie plays onward.  With its distinct colorization, audiences are able to follow along without any kind of bleeding into the scenes that have been seen with other animated features, and despite it being a mostly two-dimensional style animated film, it really didn’t deter from the overall experience and still looked really good on my living room TV. 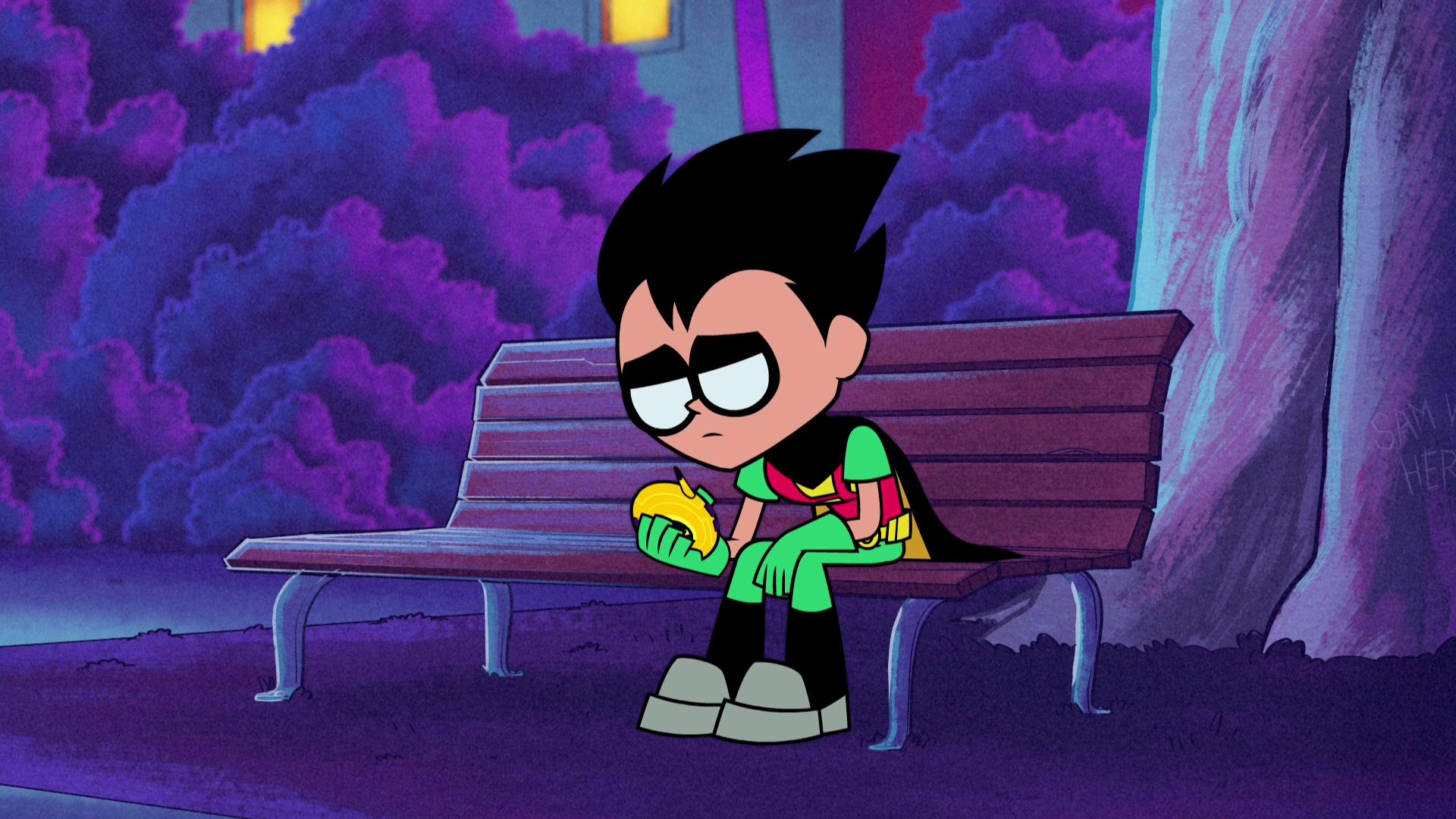 Packaged with an English DTS-HD Master Audio 5.1 mix, the Blu-ray release of Teen Titans Go! To the Movies gives its viewers a considerably powerful experience that perfectly conveys the story and experiences that the characters are going through.  Surprisingly enough, with its lack of use of the surround channels, the utilization of the channels in this track compensated for that and ultimately made it feel like a rather immersive experience.  The transitions from channel to channel were effortless and really helped to add to that experience, and the overall dialogue was spoken cleanly ensuring that everybody could be heard without having to manually adjust the volume as it played onward. 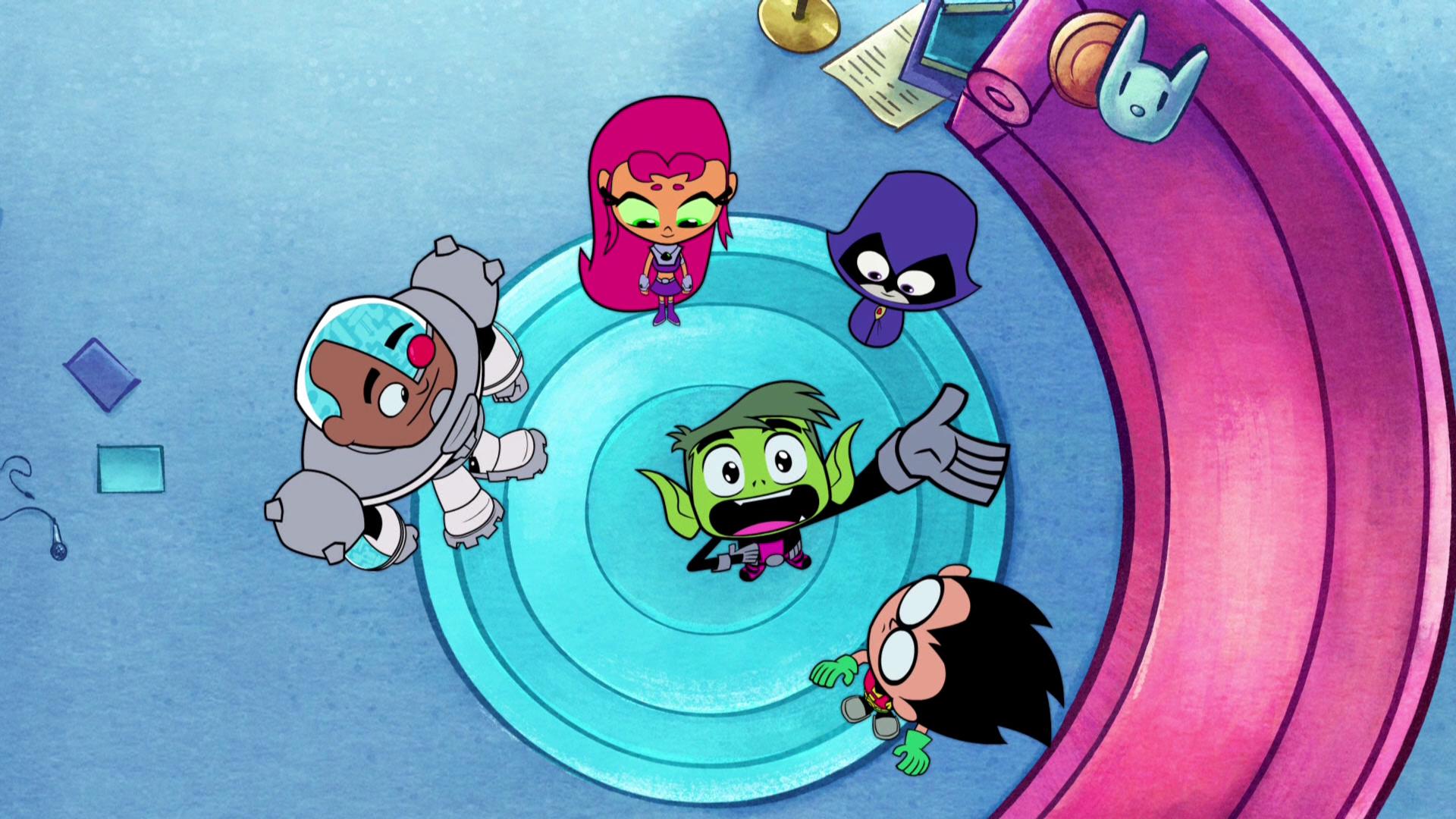 The Blu-ray release of Teen Titans Go! To the Movies comes packaged in your standard two-disc Blu-ray amaray case.  Within that case is the standard Blu-ray copy of the movie as well as the standard DVD copy.  Both of the discs include a different piece of artwork, both featuring some of the characters from the movie, and completely different from that of the case.  There’s also a digital copy redemption pamphlet for the various streaming platforms as well as a slipcover that’s been included in the original pressing of the release that features the same artwork that’s been included on the case. 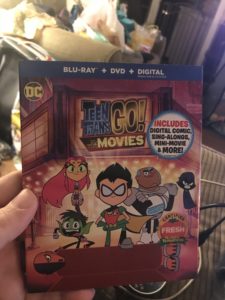 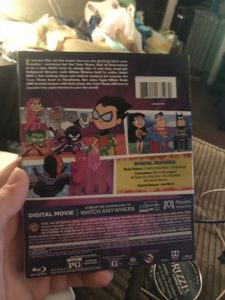 There’s a good number of additional features included on the Blu-ray release of Teen Titans Go! To the Movies.  Most of them are set up to allow for the younger audience members to have fun with their favorite characters, while others some insight into some of the work that went on behind the scenes and some small expansion upon the storyline.  I would’ve personally preferred to have seen more of the latter two; however with this being a kids movie, I can’t really complain too much.  Included with this release is: 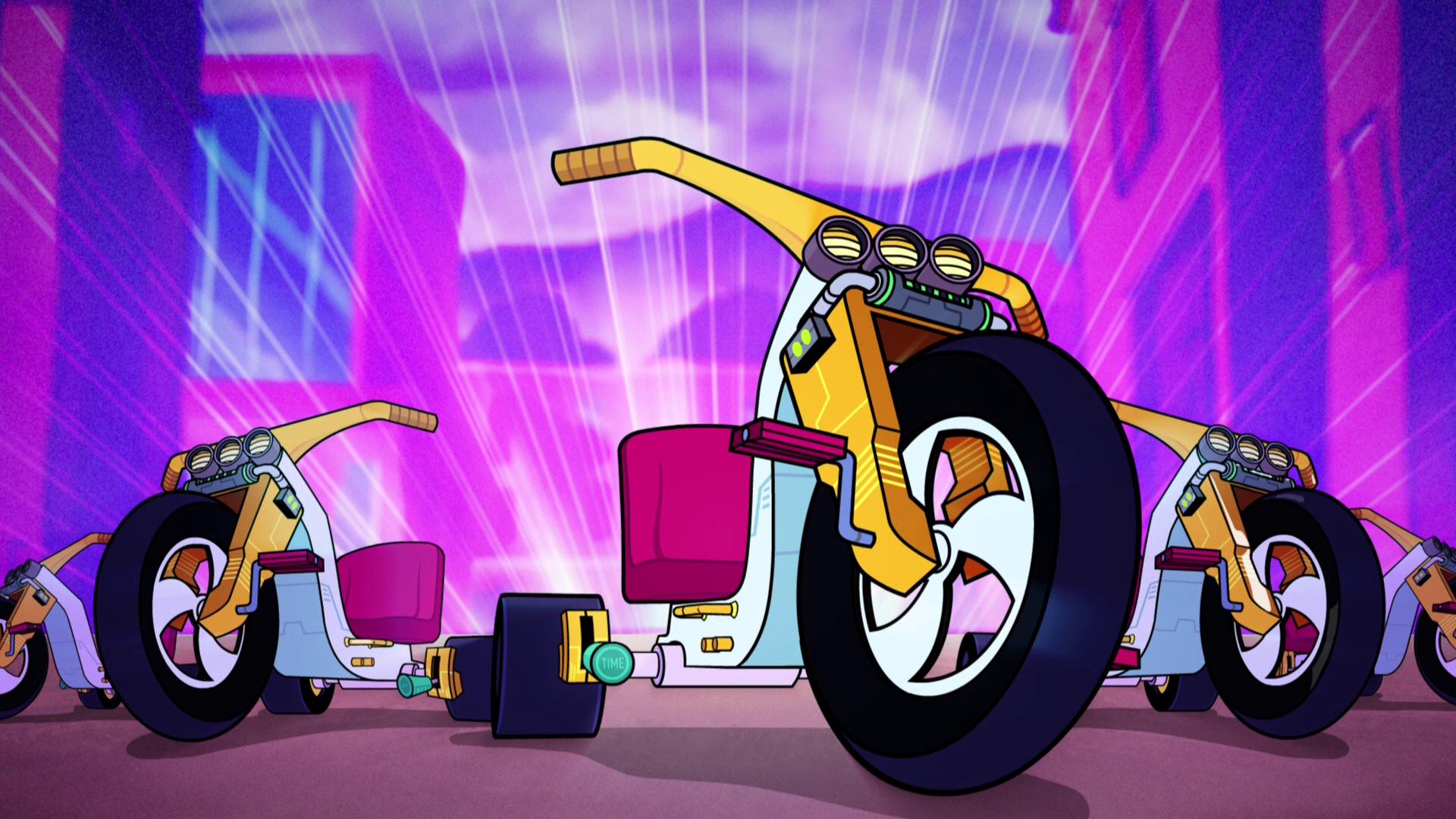 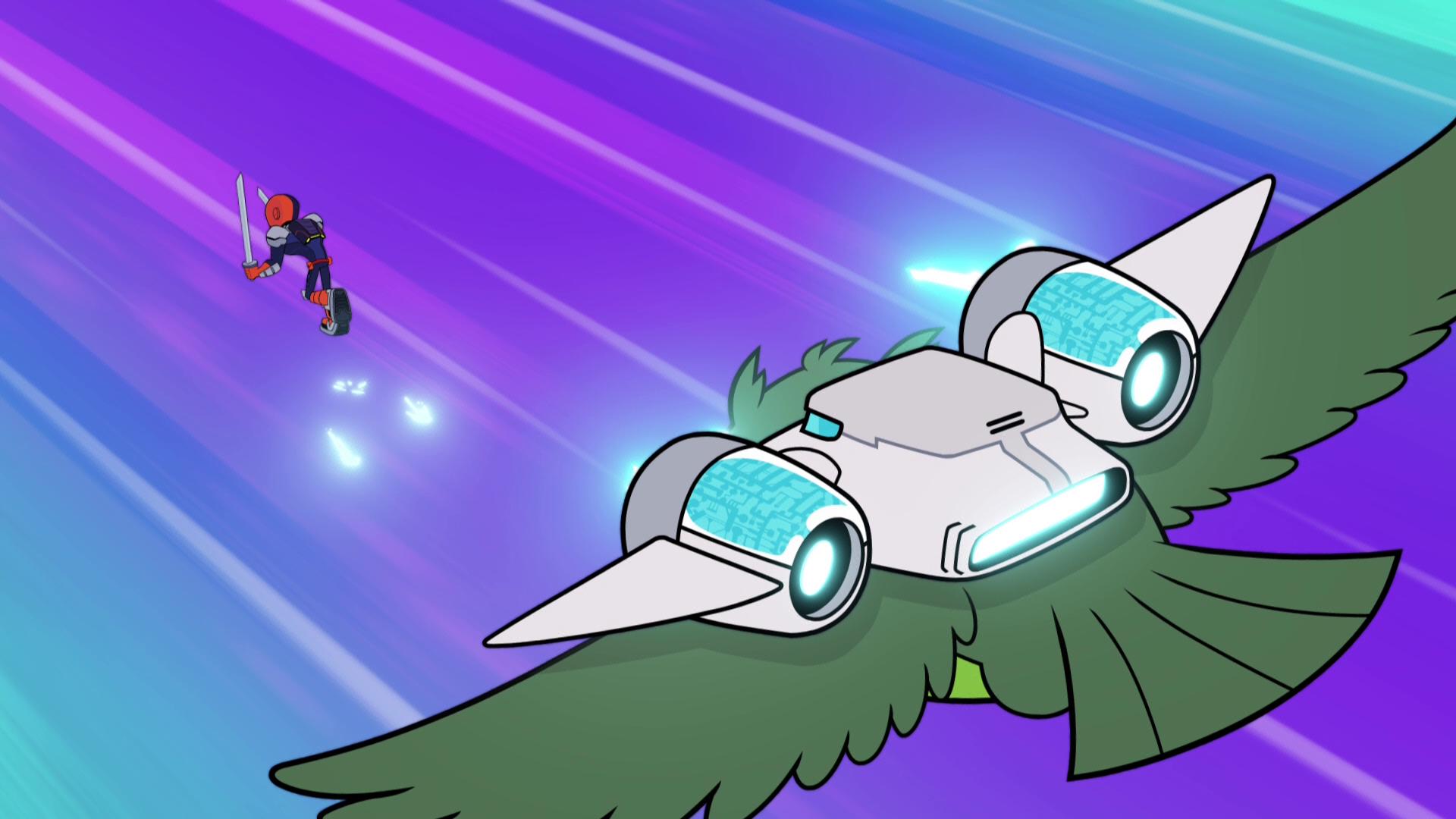 Like I said, I was completely surprised with Teen Titans Go! To the Movies as it was not at all what I had expected going into it, and was a really fun time.  I think I had more of an enjoyable experience with the humor of the movie than I did with the storyline; however that shouldn’t be read as a bad thing as the story as a whole was very well crafted and held up throughout.  The presentation of the Blu-ray was spectacularly done, even with its lack of use of the surround channels.  The special features on this release are a great addition and should be used by anyone that has children.  If you’re on the fence about whether or not to pick this release up for your collection, I would absolutely recommend it.  Teen Titans Go! To the Movies is available on Blu-ray and DVD today. 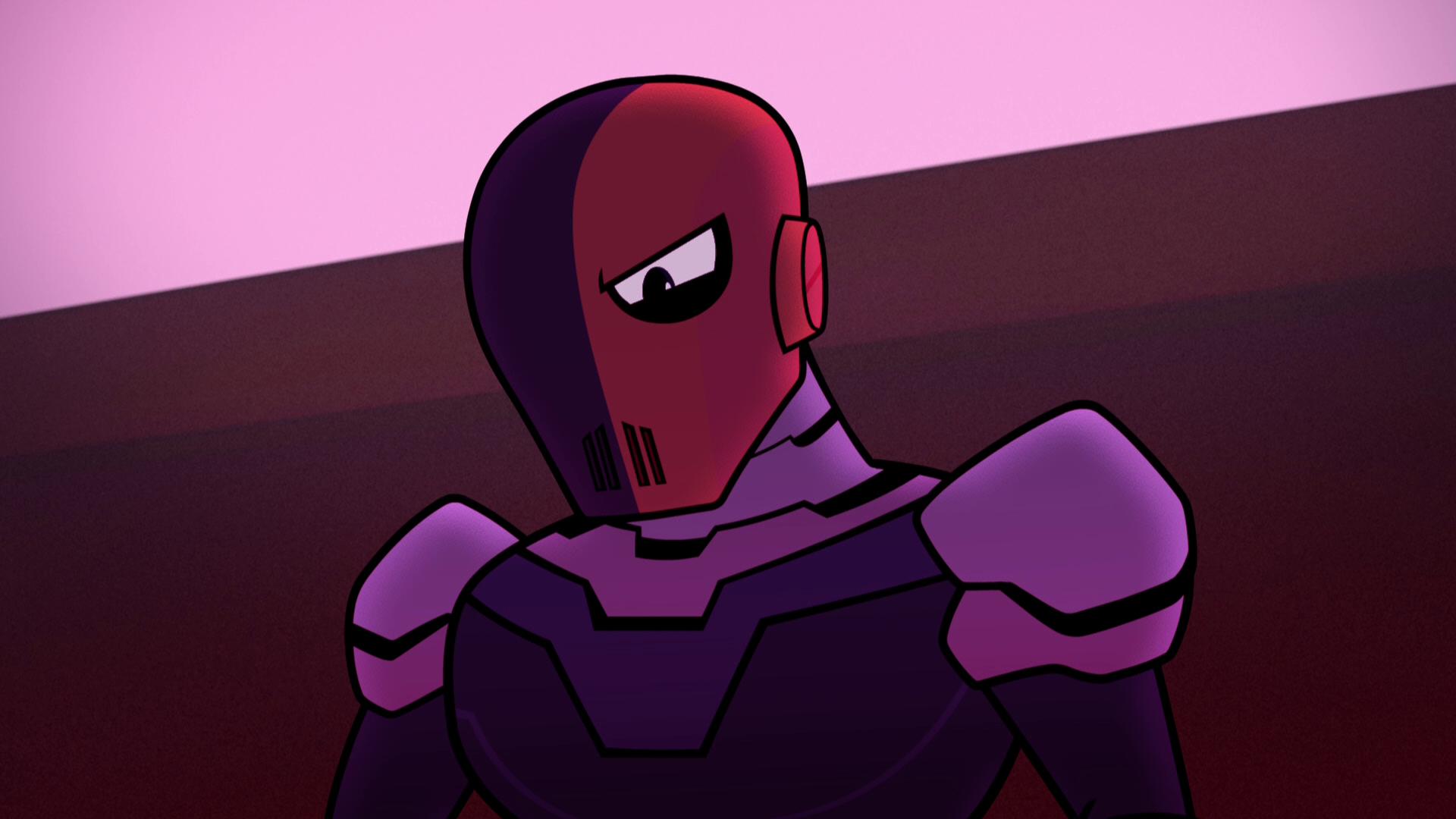