The directorial debut of Scott McGehee and David Siegel, Suture was screened in Un Certain Regard at the 1994 Cannes Film Festival thanks in part to the patronage of acclaimed director Steven Soderbergh. However, its life beyond its debut was brief and the film soon passed into the ether where hundreds of other films wind up year in and year out, forgotten by all but a very spare few. McGehee and Siegel would continue making films, most recently directing 2012’s divorce meditation What Maisie Knew. As for Suture, it would find only a single DVD release in 2001 as a part of MGM’s “Avant-Garde” cinema label. Starring the inimitable talent of Dennis Haysbert (Major League, Heat, 24, and every Allstate commercial since time immemorial), Suture is a film that recalls the legendary Frankenheimer film Seconds along with Christopher Nolan’s much celebrated early films Memento and Following in both style and substance, yet is very much its own beast. McGehee and Siegel have created a one-of-a-kind story, with enough to twist your brain on repeat viewings. Now, Arrow has pulled this film out of the archives and given it a strong new release. Let’s take a look. 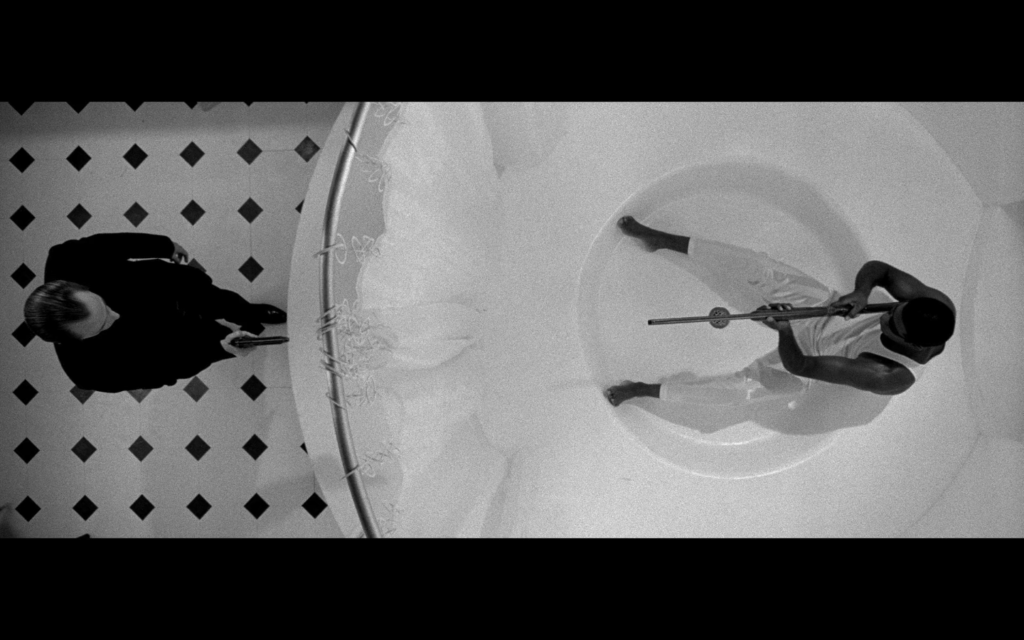 Suture is a film that asks a lot of its viewers, demanding not only their close attention but a level of suspension of disbelief far above and beyond most other films. Clay (Dennis Haysbert) comes to visit his twin brother Vincent Towers (Michael Harris). Here the first of the film’s mysteries, and the most enduring, appears: Clay and Harris look absolutely nothing alike. Yet, the entirety of the narrative hinges on them appearing to each other and to all other characters as identical twins. Vincent quickly ditches his brother in his apartment, but not before giving him identical clothes and deftly switching their identification. Having assumed Clay’s identity, the real Vincent leaves Phoenix, seemingly for good. The next day, Clay (unaware he’s assumed Vincent’s identity) goes to meet his brother at the airport. One car bomb later, and the switch is seemingly complete. What follows is a mind-bending thriller as Clay recovers from the attack with total amnesia. Both he and everyone around him believe he is Vincent and, as Vincent’s past comes to light, Clay’s memories challenge him to answer basic questions about human identity, agency, and responsibility. 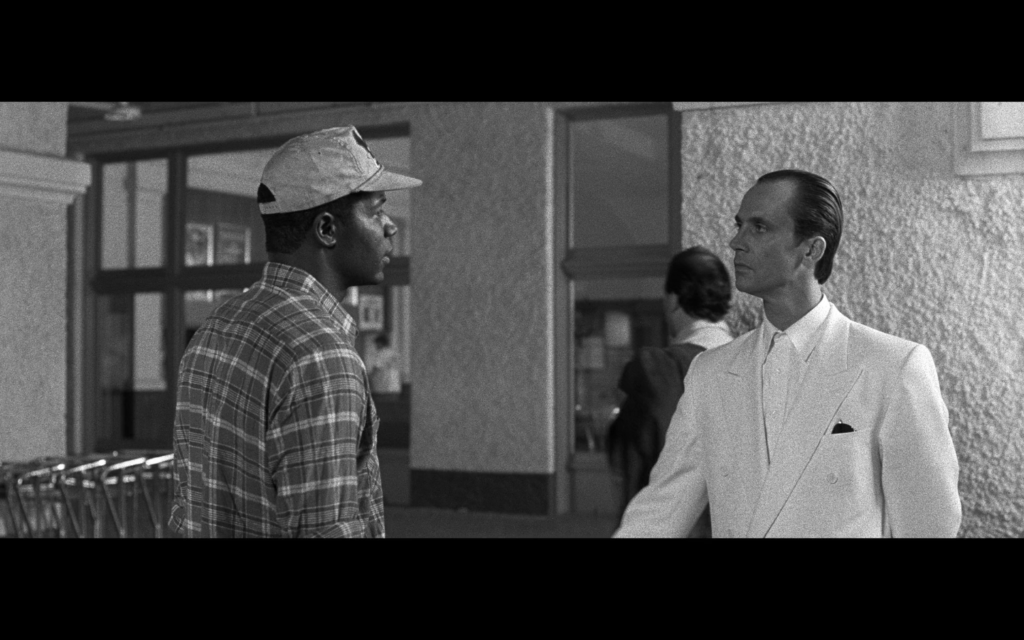 As mentioned earlier, Suture is a film of disparate influences and legacies. Frankenheimer’s Seconds, and especially Rock Hudson’s role in the film, has multiple callbacks here and one has to wonder if Chris Nolan ever got a look at Suture before making his early features. McGehee and Siegel do make some amateurish decisions here and there, from poorly timed wipes to questionable audio queues and score choices throughout the film, but on a whole this is a remarkably confident piece of filmmaking from two directors working on their first feature. The duo are eager to explore the influence of one’s perceived identity on one’s sense of self, rather successfully creating a distinction between the two states of mind in the film and then exploring that duality through Clay’s evolving memories. 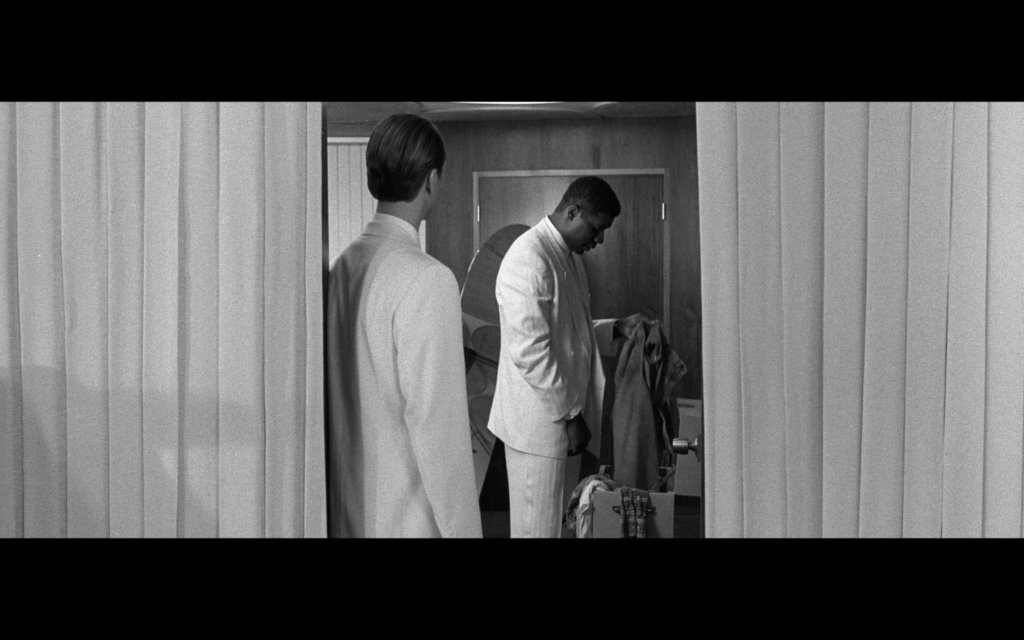 Arrow has made a remarkable commitment to this film by providing us with a brand new 4k print pulled from the film’s negative and the results of that work are simply stunning. Shot in a crisp black and white to accentuate the noir feel the directorial pair were striving for (the film would go on to win Sundance’s cinematography prize in 1994), this presentation of Suture comes alive with its stark and engaging monochrome palette, especially in the scenes where Clay and Renee wander around the town of Needles. There are a few shots, roughly 10-15% of the cut, where the grain noticeably intensifies, some are intended to be flashbacks where this grain is intentional, but other shots are problematic. Minor issues aside, the presentation here is quite striking and will be a joy for viewers. 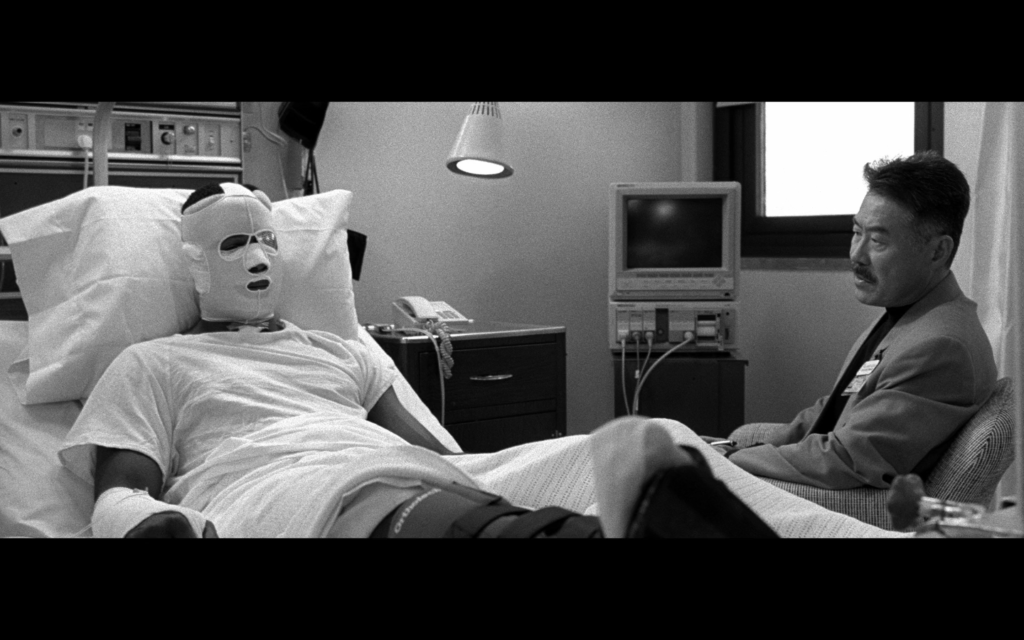 The audio, on the other hand, is somewhat problematic. Suture arrives with a basic stereo mix and it seems that the audio complaints that were present on MGM’s previous release have been carried over to some degree in this release. At times, dialogue is too low or too muddled to be effectively heard, especially with certain ancillary characters. Thankfully, Haysbert’s voice is so bass-heavy and generally loud that his dialogue is largely free of issues. The score can take priority at times over the dialogue and can be quite jarring, further distracting the viewer.  It’s not a catastrophic mix, but it does leave a lot to be desired for the discerning viewer. 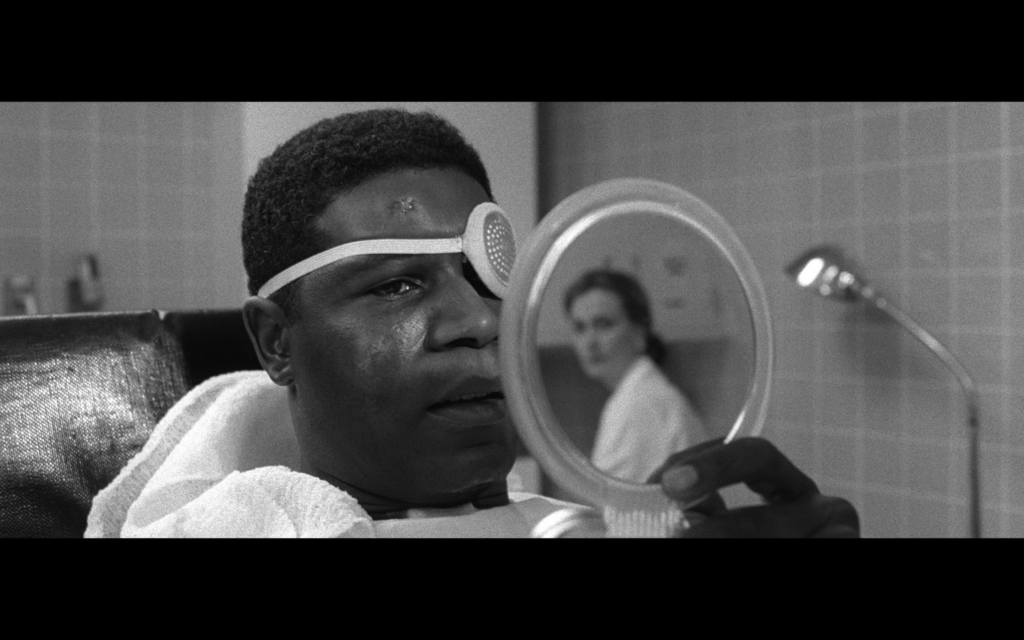 Suture comes to consumers on a single BD in a stylish, if simple, clear case. From Arrow’s database: 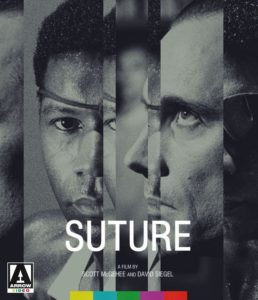 Arrow is reporting that this Blu-ray release is REGION FREE. 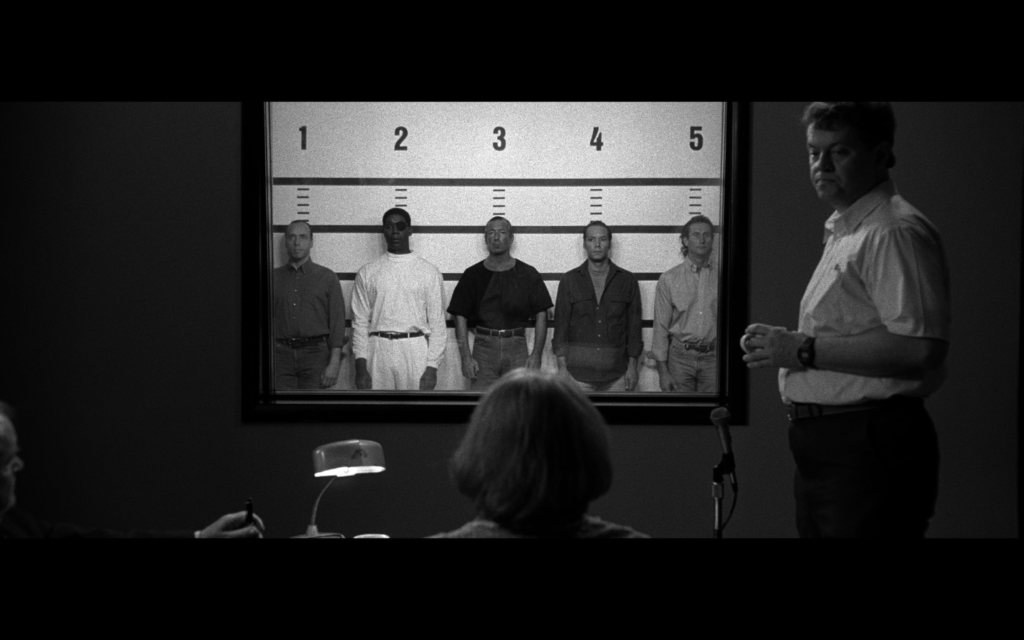 For most viewers, Suture will be a total unknown. Yet, there’s an amazing directorial debut here from two filmmakers who have continued to build a library of features, but the originality and risk taking on display here truly make this film a unique and unforgettable film experience. Located in a place within the larger noir oeuvre that pre-dates the revival thrillers of the late 90’s, Suture is a worthy addition to any film sleuth’s library. Dennis Haysbert delivers a strong and nuanced performance as the memory-impaired Clay/Vincent, and viewers of the film will have plenty to discuss and puzzle over as the credits roll. Arrow has done home video enthusiasts a real treat with its resurrection of this largely forgotten film. It’s a slow burn, but Suture delivers.