Super Troopers 2 is a 2018 American comedy film that was directed by Jay Chandrasekhar. It is a sequel to the 2001 film Super Troopers, the film was written by and stars the Broken Lizard comedy team, made up of Chandrasekhar, Kevin Heffernan, Steve lemme, Paul Soter, and Erik Stolhanske. The plot follows the Super Troopers being called upon to set up a new Highway Patrol station when an international border dispute arises between the United States and Canada.

Taking place several years after the first film, the officers have since been fired from the Spurbury Police Department after taking Fred Savage on a ride-along that resulted in his death. Farva is now a construction supervisor, with Mac and Rabbit working for him. Thorny works in logging, and Foster is living with his girlfriend and former coworker, Spurbury Police Chief Ursula Hanson. Mac receives a call from his former boss, Captain O’Hagen, together the group and meet up for a fishing trip in Canada.

The film took may years to come to fruition as studios doubted that a sequel, produced over a decade after the original, would find an audience. After a successful crowdfunding campaign produced $2 million in seed money in 24 hours (and $4.7 million overall), the film was greenly and principal photography began in the Central Massachusetts area on October 23, 2015. The film was released in the United States on April 20, 2018, by Fox Searchlight Pictures. It received generally negative reviews from film critics, who criticized the rehashed and lazy jokes and called it “a long-awaited disappointment.”

Critics may have not liked Super Troopers 2; however, my wife and I absolutely enjoyed every minute of it from start to finish.  As we watched through it, we felt that we laughed a lot more with this movie than we did with the first one (and yes, we re-visited it prior to watching this one).  Delivering some of the most crude, and insane humor as this comical group works together to figure things out as they work through the problems that have come up between the United States and Canada.  I do feel that the various humor and jokes among the crew were really over the top as they had made a name for themselves with the first film; however, as my wife and I watched through it, we didn’t really feel that it was distracting at all.

The Blu-ray release of Super Troopers 2 looked just as you would have expected any standard Blu-ray release to look.  Offering a clean and cut look into the story and experience that they’re trying to present, audiences are able to enjoy a very nice scenic view of their representation of the Canadian horizon.  Some of the scenes that really shine with this release would have to be those that feature the natural horizons, featuring various aspects of wildlife; regardless of the considerably cold and snowy environment that they were in.  The effects that were used as the group played a variety of pranks on each other were really well executed, allowing for the experience to feel that much more real, just as if they had really done these things to each other. 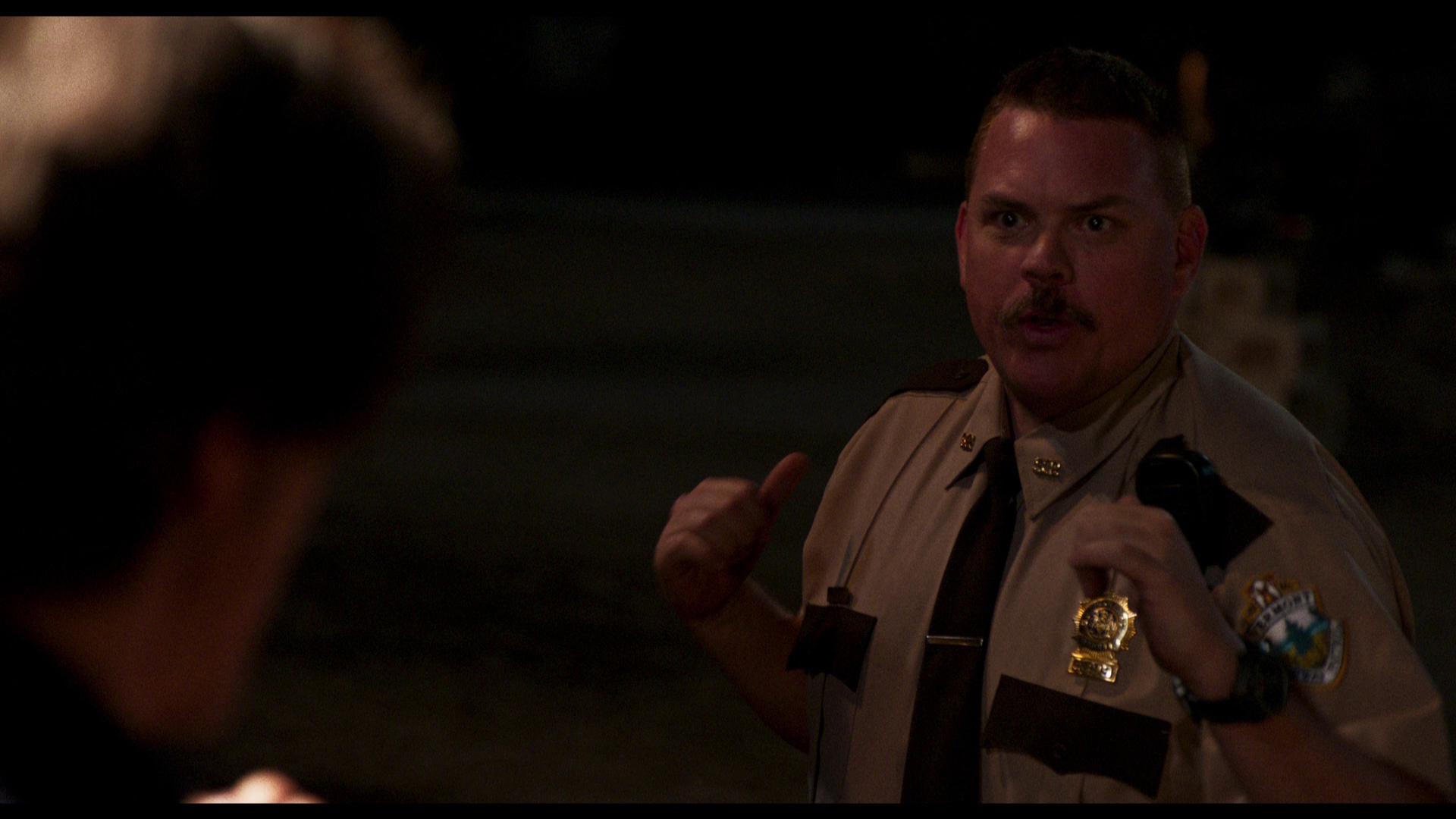 Packaged with a DTS-HD Master Audio 5.1 mix, Super Troopers 2 came through absolutely loud and clear when using my home theater system.  Providing audiences a surreal yet powerful experience as this comedic group ventured on their mission, every aspect of this film was accentuated and took precedence over the musical accompaniment.  Dialogue was clean and clear and easily understandable, allowing for no distortion in the experience and no need to manually adjust the volume controls as it progressed.  I do wish that they would have included the surround elements to the mix, because it would have offered more of an immersive experience with the natural elements; but, I can’t complain about it too much as the overall experience was one of the better ones that I’ve heard with DTS-HD MA 5.1 mixtures. 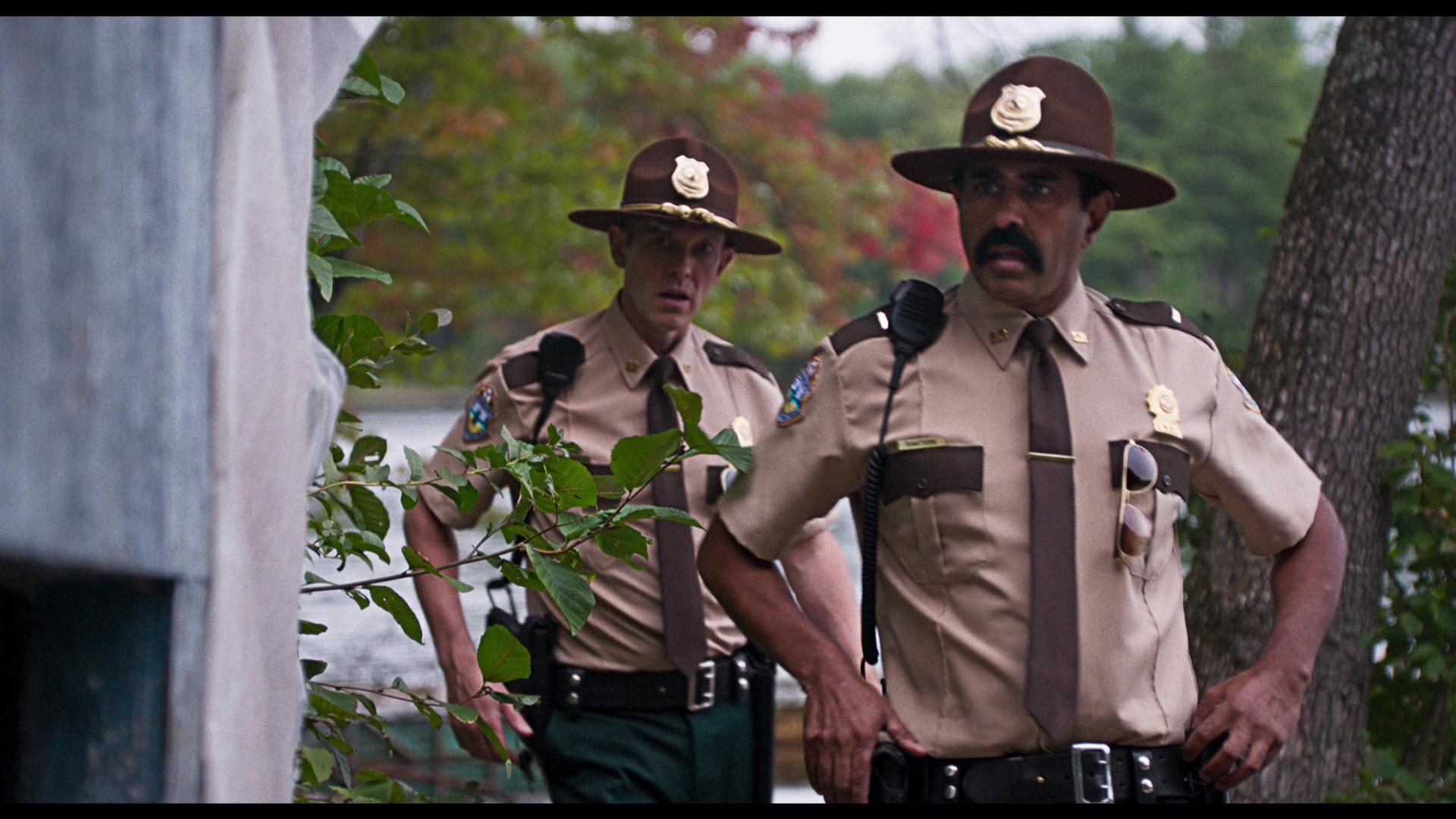 The Blu-ray of Super Troopers 2 comes packaged in your standard two-disc Blu-ray amaray case.  Within that case is the standard Blu-ray copy of the film as well as the standard DVD copy.  Neither of the discs feature any artwork that’s related to the movie outside of the standard release text and generically solid colored background.  There is also a digital copy redemption pamphlet that’s been included for the various streaming options as well as a slipcover that’s been made available during the original pressing that features the same piece of artwork that’s been included on the case. 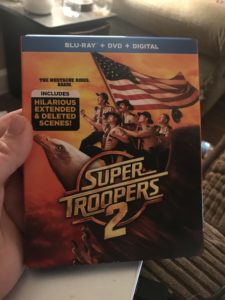 There are only a handful of special features included on the Blu-ray of Super Troopers 2.  The content that’s been included does offer a slight continued look into the storyline, but mostly shares the work and overall amount of fun that everybody had while making this film.  I do wish that they would have included an optional feature audio commentary to accompany the film; but, alas they didn’t include one.  Included with this release is: 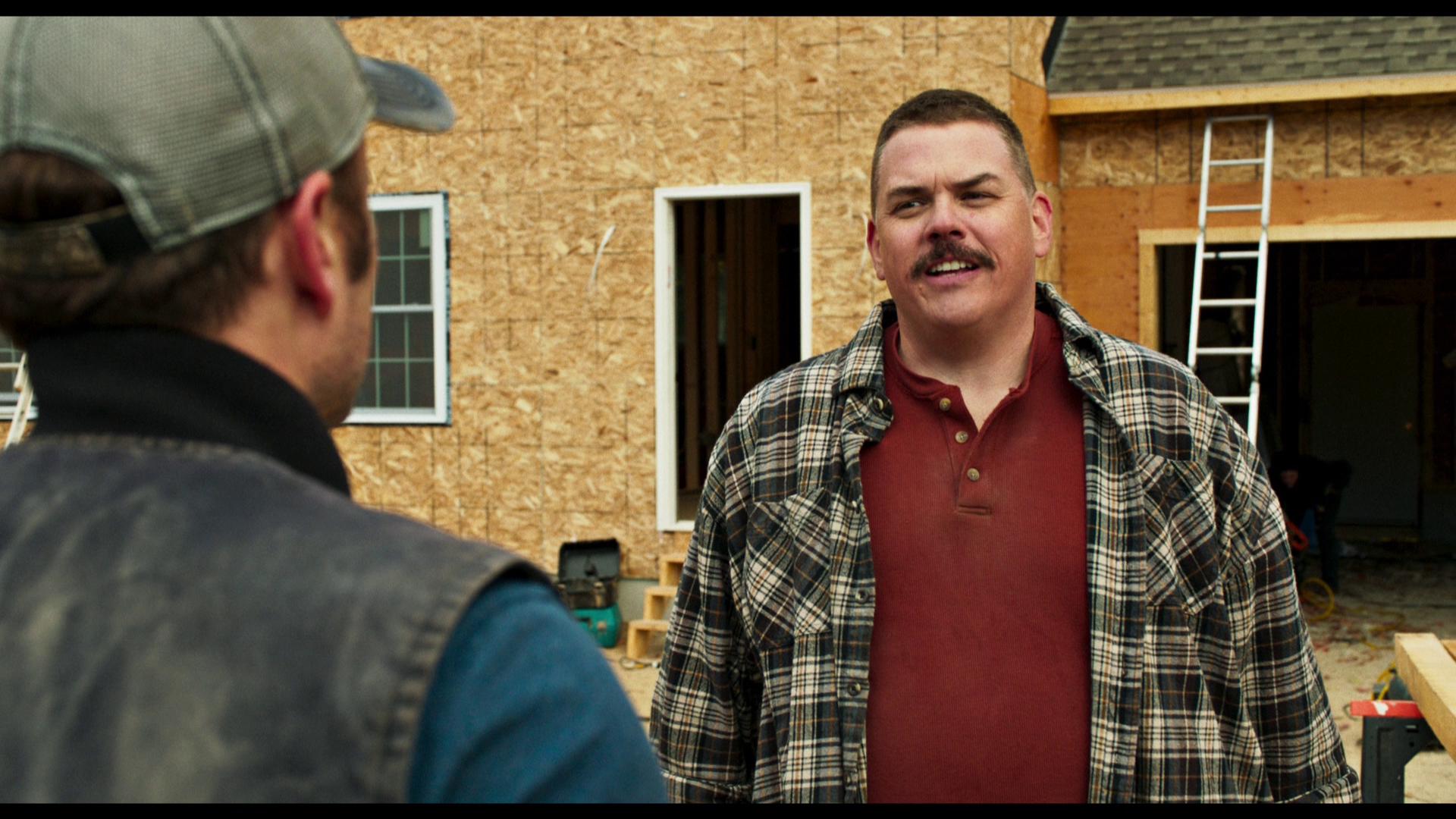 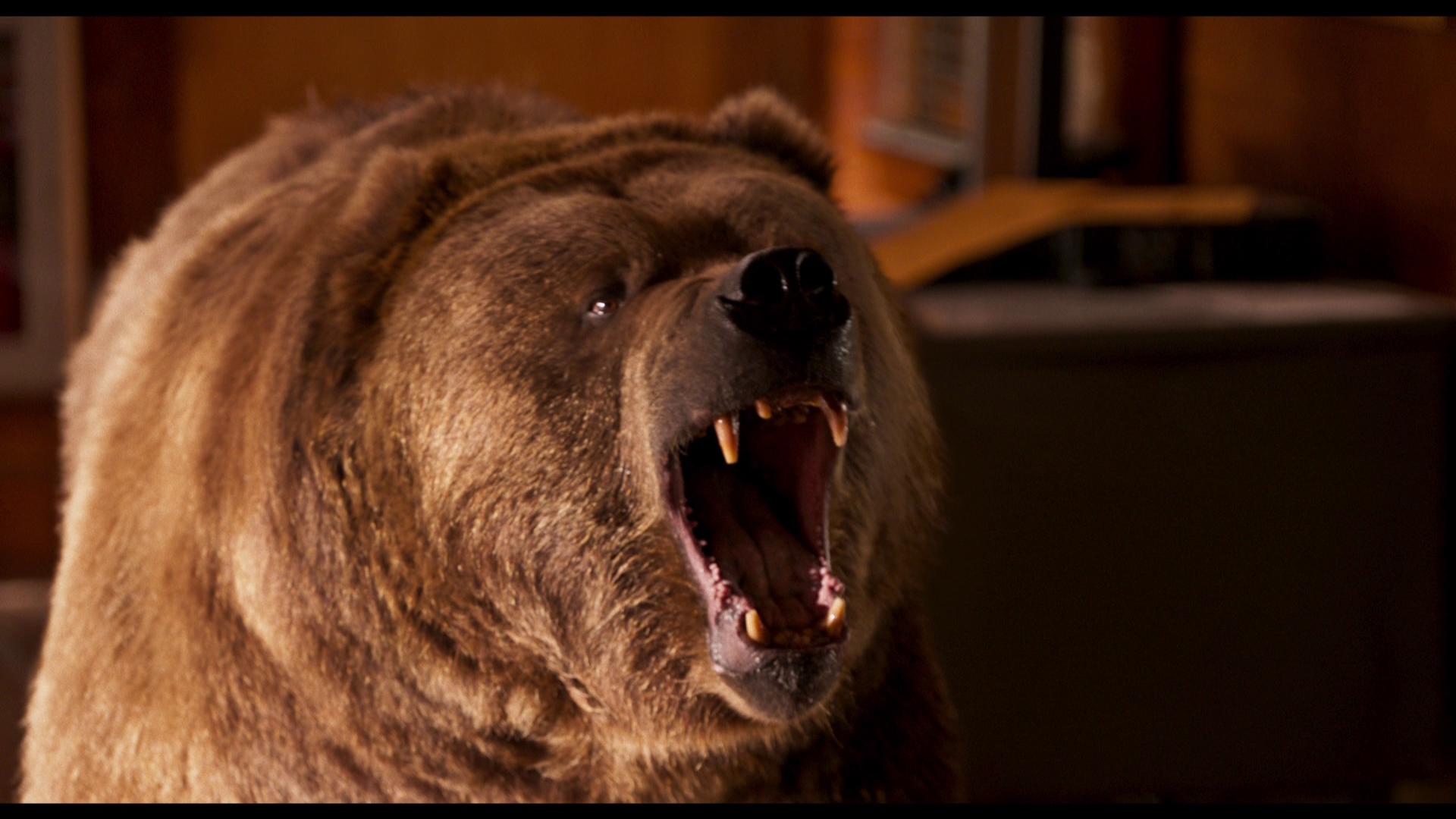 Man, it really had been years since I’d last seen Super Troopers.  With the release of the second movie, my wife and I were looking forward to sitting down and experiencing a night filled with hilarity; and boy, did this movie absolutely deliver.  Regardless of the critics indicating that this movie being a disappointment, I felt that the storyline was very well presented, and the overall experience of the movie was up there ranking the re-watchability of this movie very high.  The presentation was clean, and easily understandable and presented absolutely no issues in the experience.  There’s a few special features that I feel should be experienced by anybody that grabs this movie.  If you’re considering this movie for your collection, I would absolutely recommend it.  Super Troopers 2 was released onto Blu-ray and DVD on Tuesday, July 17, 2018. 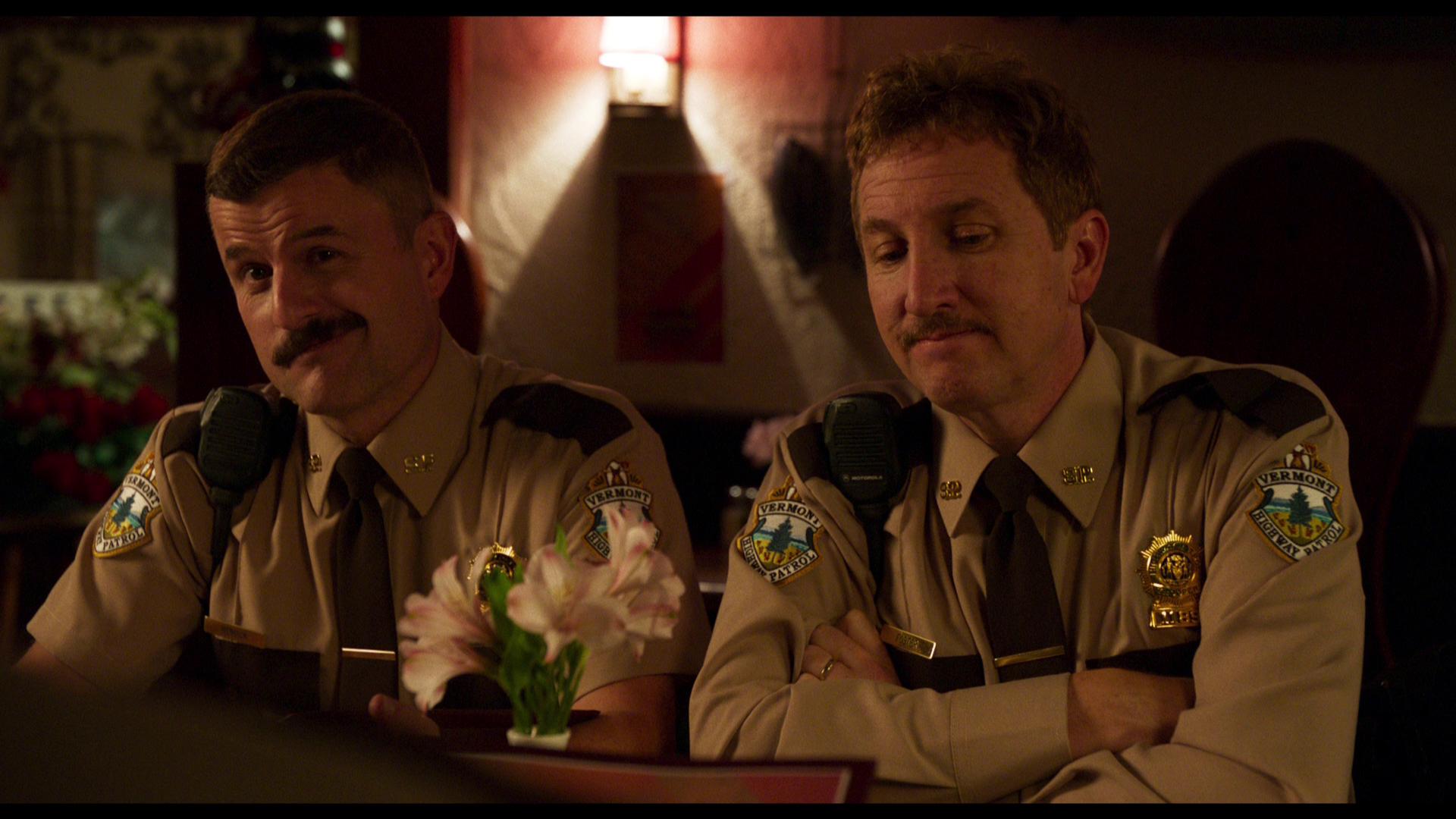