The Sum of All Fears is a 2002 American spy thriller film that was directed by Phil Alden Robinson, based on Tom Clancy’s novel of the same name. The film, which is set in the Jack Ryan film series, is a reboot taking place in 2002. Jack Ryan is portrayed as a younger character by Ben Affleck, in comparison with The Hunt for Red October starring Alec Baldwin, along with the film’s subsequent sequels, Patriot Games, and Clear and Present Danger, both of which starred Harrison Ford.

The film is about a plot by an Austrian Neo-Nazi to trigger a nuclear war between the United States and Russia, so that he can establish a fascist superstate in Europe. After the Neo-Nazi’s scientists build a secret nuclear weapon that destroys Baltimore and a rogue Russian officer paid off by the Neo-Nazi attacks a US aircraft carrier, the world’s superpowers are pushed close to the brink of an all-out war. CIA analyst Jack Ryan is the only person who realizes that the Baltimore boy was a black market weapon, not a Russian one. With the clock ticking, Ryan has to find a way to stop the impending nuclear war.

The Sum of All Fears premiered in theaters in the United States on May 31, 2002, grossing $118,907,036 in box office revenue. Its worldwide theatrical run ended with a total of $193,921,372 in business. Considering its production budget of $68 million and related marketing costs, the film was considered to be a major financial success. The film received generally mixed reviews from critics. 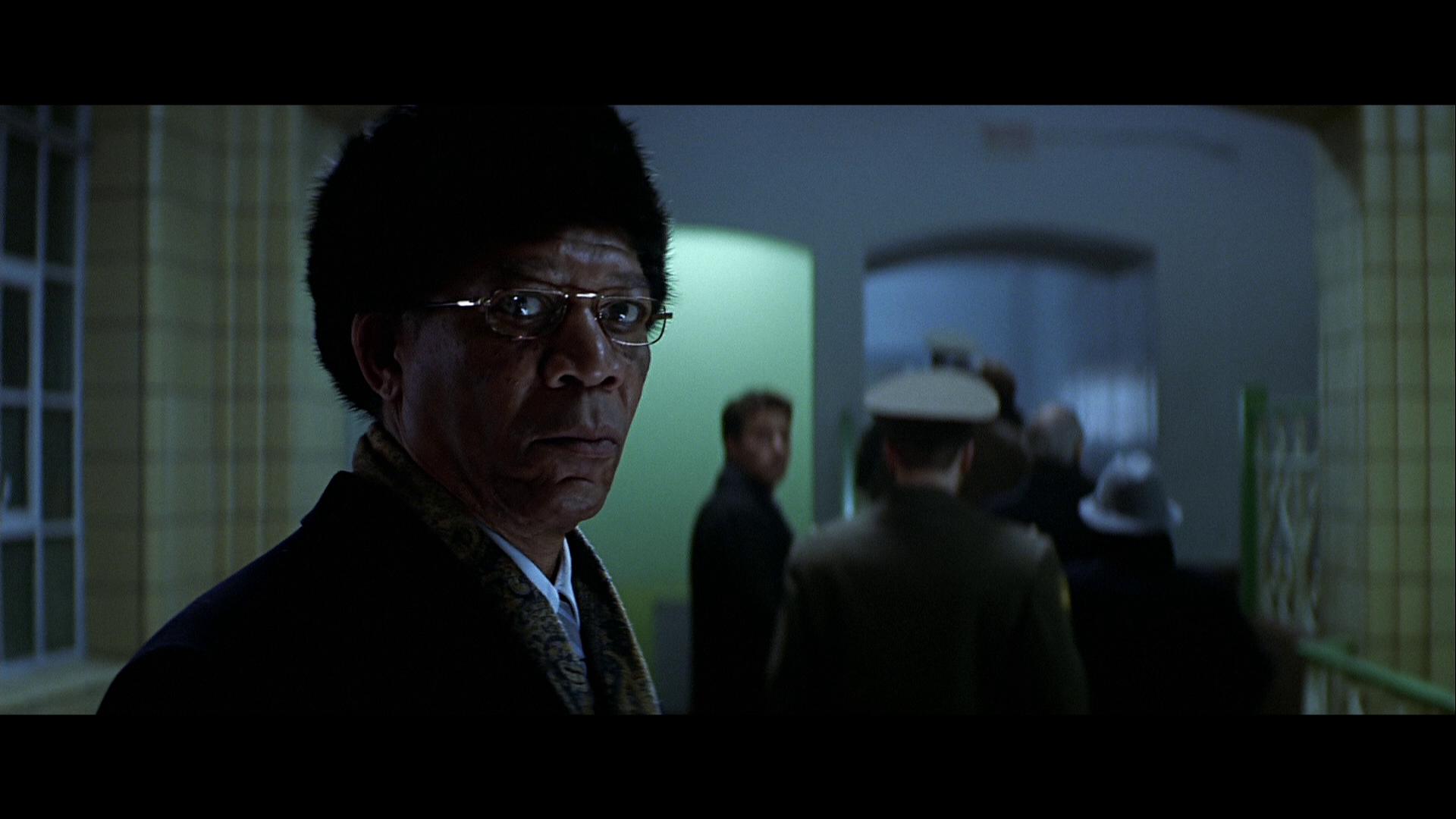 The Sum of All Fears is a freshly made experience that made itself available during the Bush-Ashcroft era of political tension as the world was still feeling the effects of one of the most traumatic terrorist attacks on the nation. While it does provide a completely implausible apocalyptic event, the overall experience that this movie provided left a lot more being asked for than it could really deliver. Being Affleck’s first performance in the role of Jack Reacher, it’s an experience and role that he clearly needed to involve himself more with, as there was a decent break in his overall interest. While this movie is one that is generally an “okay” experience, it’s certainly my least favorite film of the series, as there’s a significant lack of substance in the storyline, and more of a focus on the thrills and explosions included from within.

With a much more vibrant presentation in its utilization of Dolby Vision, The Sum of All Fears visually pops straight at the beginning as there’s an extremely vibrant orange explosion going on against a beautiful blue sky. As the color tones settle down, audiences with a 4K setup that’s fully capable of making use of the technology will see that this release is visually a significant improvement over its previously released Blu-ray counterparts. The image is far superior textually, and one of the sharpest of the series so far. Grain is at its absolute finest in this film when comparing it to the first four, offering an extremely filmic presentation, and the mostly finely honed in details. This particular film is one that feels that it could really be a center piece in anyone’s 4K setup, and visually is the best one so far. 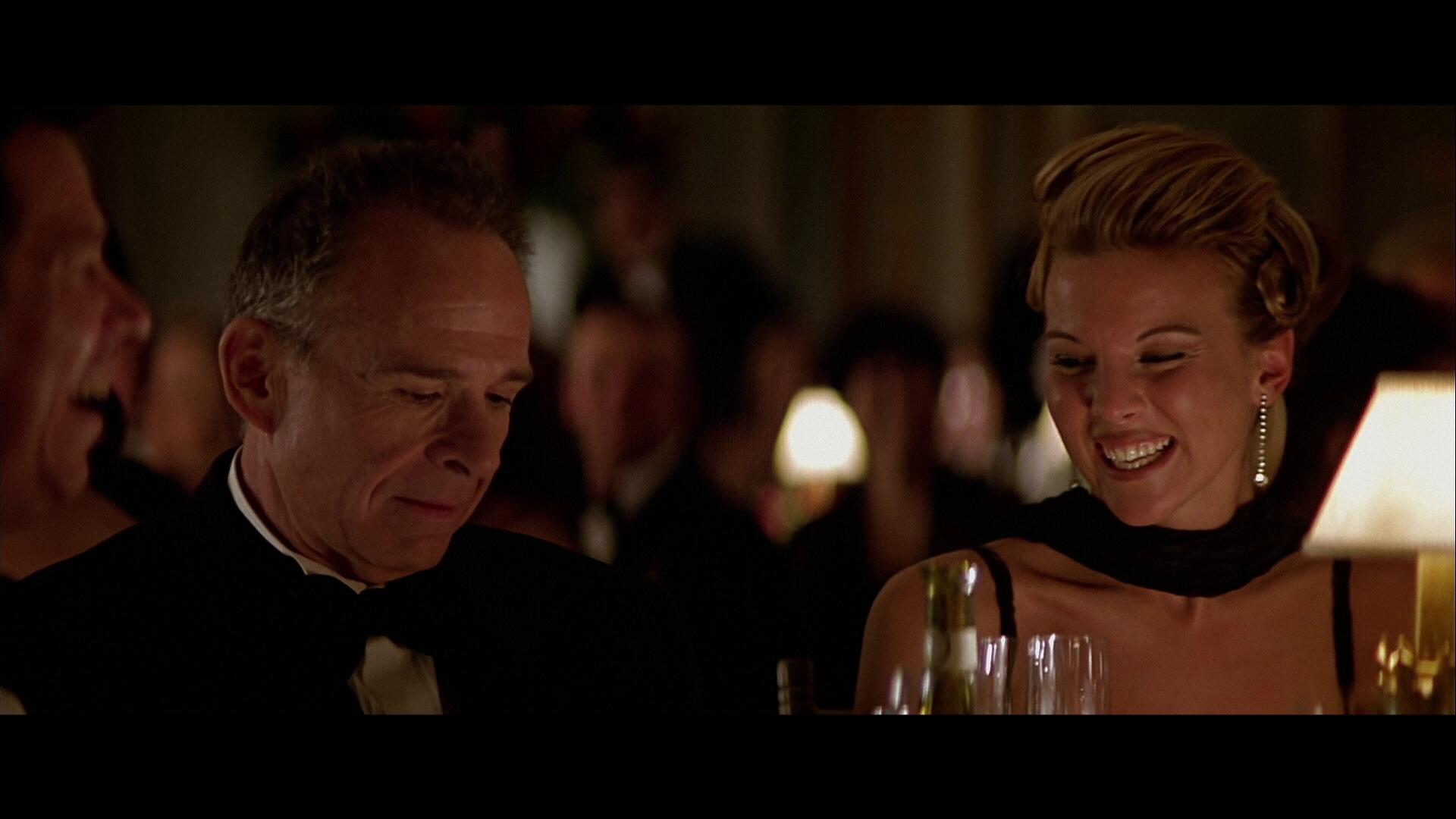 Unfortunately, the 4K UHD copy of The Sum of All Fears comes packaged with the same exact Dolby TrueHD 5.1 mix that was previously made available on the 2008 Blu-ray copy of the movie. The audio track does provide its viewers an absolutely powerful, lossless experience that absolutely roars through home theater systems. While it’s not as immersive as it could have been with the inclusion of the surround channels, or even the elevation aspect, the track packaged with this release is clean. The recognition of the viewers in relation to the screen was noticeable as the transitions from channel to channel were clean, and the dialogue was clean and clear, allowing for everything to be heard without having to adjust the volume levels as the movie progressed. 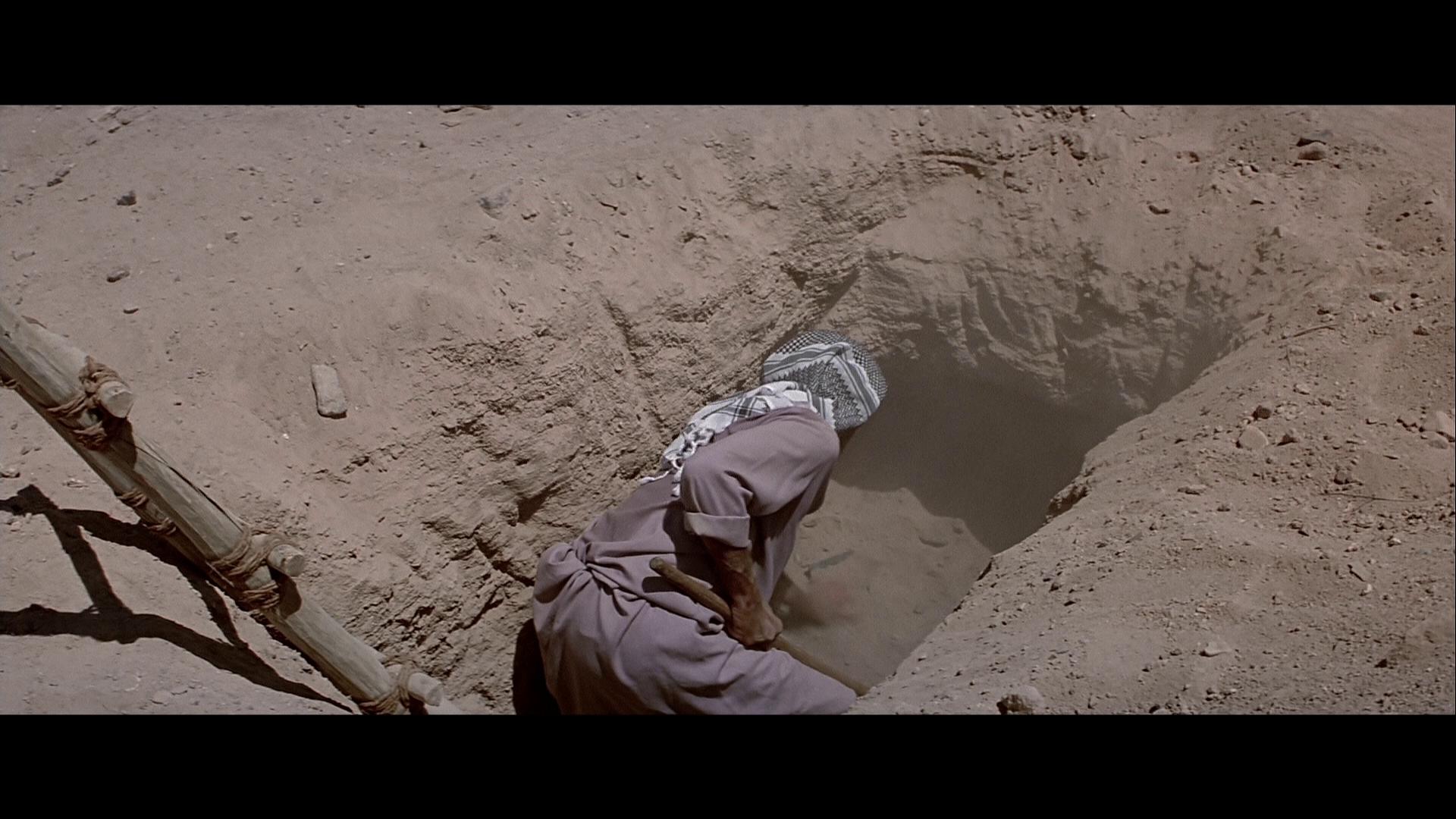 The Sum of All Fears comes packaged in the Jack Ryan: 5-Film Collection.  This collection is packaged in a ten-disc, extra thick amaray case that contains the 4K UHD discs of all of the films within, as well as the standard Blu-ray copies of all of the films advertised within.  While there are no DVD copies of the films included with this bundle, there is a digital copy redemption pamphlet that contains the necessary codes to add the five movies to collections for the various streaming platforms.  There’s also a slipcover that’s been provided that has the same artwork that’s also been provided on the case art. 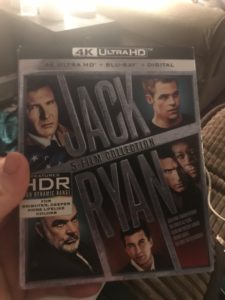 Unfortunately, the 4K UHD release of The Sum of All Fears doesn’t include any new additional features when compared to the previously released Blu-ray counterpart.  The nice thing is that the 4K UHD disc does include the two feature audio commentaries that are hidden within the menu’s, and that commentary track has been also made available on the Blu-ray copy.  Included with this release is: 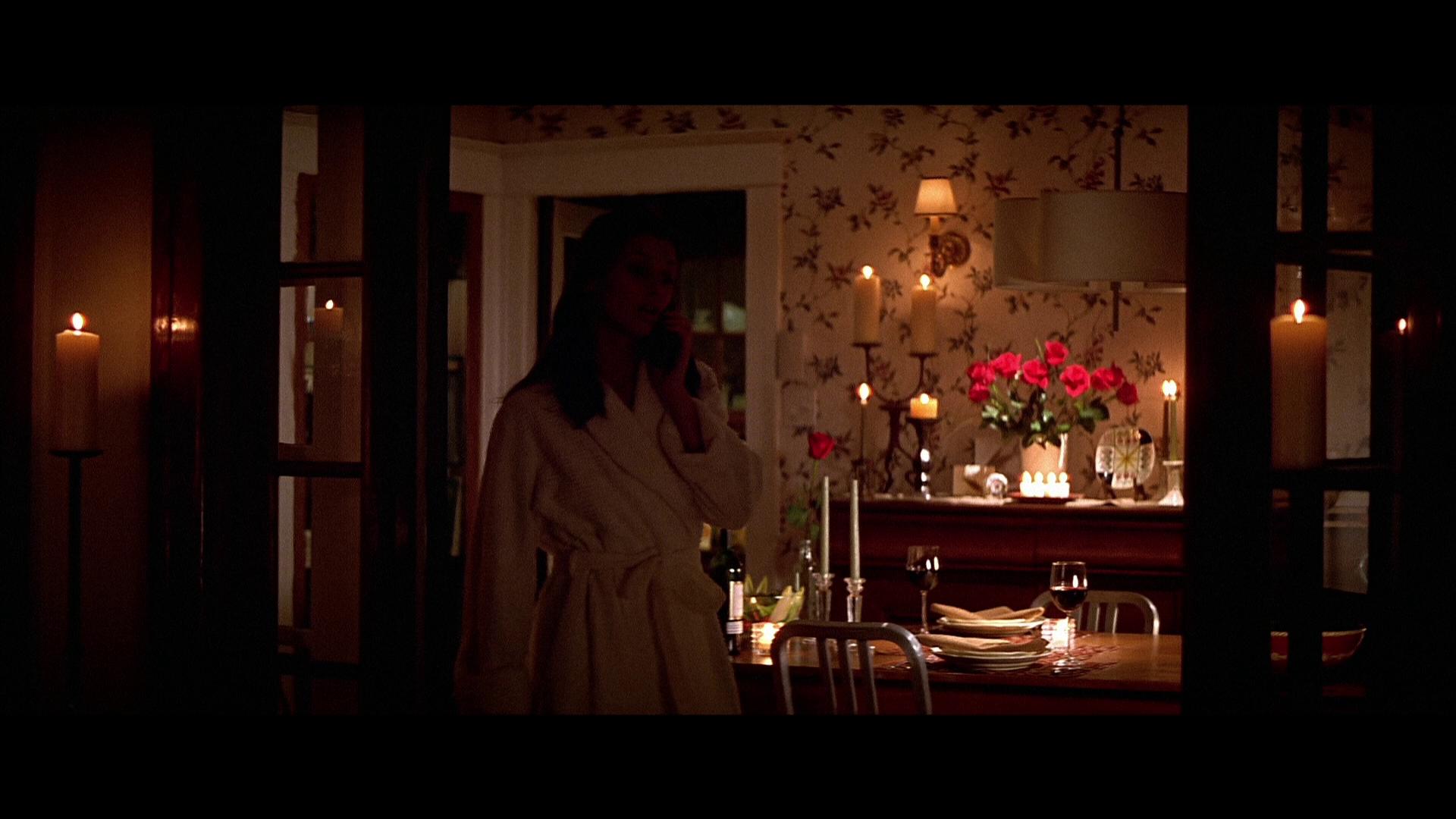 Overall, I was happy to sit down and revisit The Sum of All Fears as it has been quite some time since I’d last seen this movie.  The 4K UHD version offers a significantly better visual presentation over its previously released counterpart.  The audio track is the same exact one that’s been previously provided, which is a shame that they didn’t really take the time to put any kind of additional attention into.  The special features are pretty sparse, almost practically nonexistent; but the ones that have been provided were certainly appreciated.  If you’re considering this release for your collection, I’d definitely recommend grabbing it if you don’t already have the previously released Blu-ray copy of the collection.  The Jack Ryan 5-Film Collection is available on 4K UHD today.