Suicide Squad is a 2016 American superhero film that is based on the DC Comic Books antihero team that operates under the same name. This film is the third installment in the DC Extended Universe and was written and directed by David Ayer and features an ensemble cast that includes Will Smith, Jared Let, Margot Robbie, Joel Kinnaman, Viola Davis, Jai Courtney, Jay Hernandez, Adewale Akinnuoye-Agbaje, Ike Barinholtz, Scott Eastwood and Cara Delevigne. In this film, a secret government agency that is lead by Amanda Walker recruits a handful of imprisoned supervillans to be a part of some dangerous black ops missions and try to save the world from an extremely powerful threat in exchange for lessened sentences. Ayer signed on to write and direct the film in September 2014, and the casting process had began in October. Principal photography started in April of 2015 in Toronto, Ontario as well as some additional filming in Chicago, Illinois; with filming wrapping up in August of that year.

Making its premier in New York City on August 1, 2016 and its US theatrical debut on August 5, 2016 in 2D, 3D and IMAX 3D. Following an extremely strong box office debut that set new records, the film has grossed just over $745 million worldwide, making it the eighth-highest-grossing film of 2016. Overall, Suicide Squad received negative reviews from film critics. Critics are quoted saying that the films plot was “too muddled”, the directing being “choppy” and that the characters were “thinly-written”; however Margot Robbie’s performance was given some high praise. 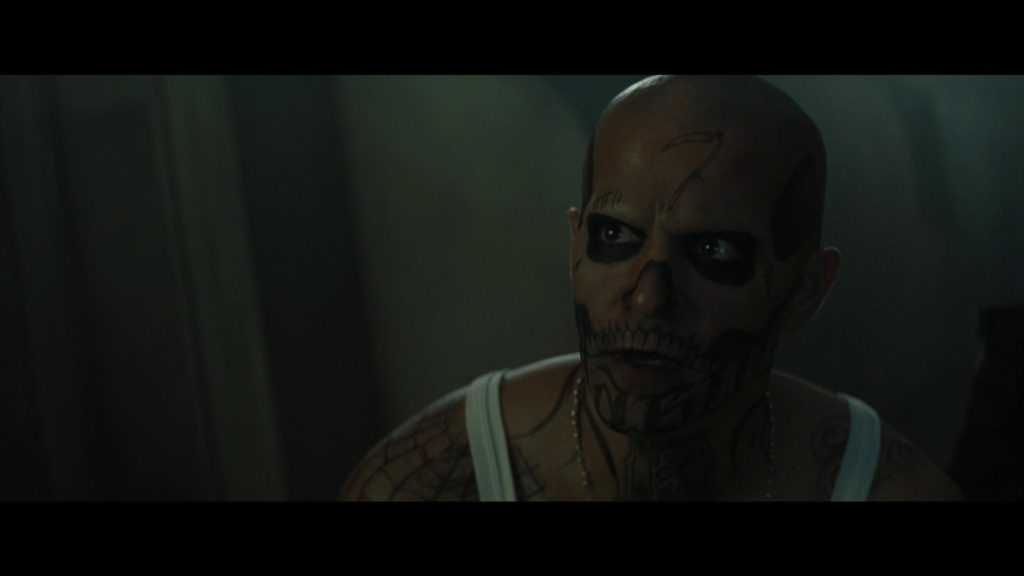 Initially, when going into Suicide Squad and seeing how much hate it got among the /r/dvdcollection community, I knew that I had to watch it to see exactly what all of the commotion was; and after watching it last night, I can completely understand why this movie was regarded in the way that it was.  Upon beginning this film, it felt like it really started out strong with its presentation of the backstories for the members of the group and I really liked what I was seeing.  As that beginning portion started out, my opinion of the film was very different from those of the critics that I read who reviewed this movie in that I was liking what I was seeing and that I wasn’t really liking Margot Robbie’s role.  However after they have their “pep talk” with the organizers of the Suicide Squad it really goes downhill fast and I found myself grateful for the little distractions that came along the way last night and that I was starting to understand why Robbie was praised for her role.  The film really falls apart fast, and if it weren’t for the visual effects that it had and the occasional action sequence, I would’ve definitely turned it off and went to bed. 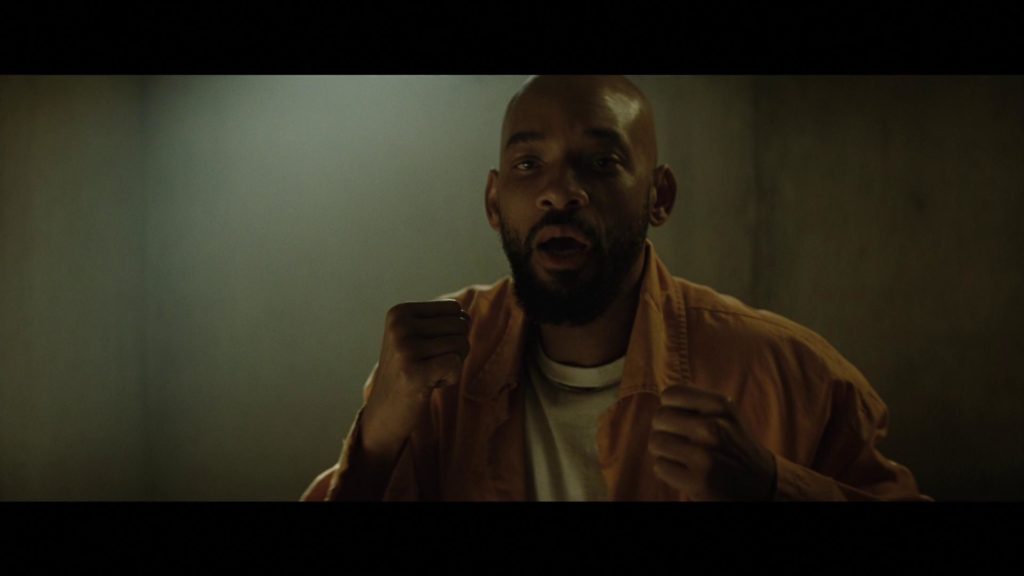 So far, I’ve enjoyed the adventure that I’ve been given with picking up the new releases on 4K UHD, however Suicide Squad was really disappointing in this format.  Considering that this film is a “Fake 4K” release; I was hopeful for the use of HDR to help with the experience and it really didn’t do much.  The film overall was extremely dark and difficult to visually see things as they progressed on my home television and I did find that I had to adjust my televisions settings a little bit so I could really understand what I was seeing.  This movie was shot on 35mm, however its VFX were rendered at 2K and it had a 2K Digital Intermediate.  Now, there were some “lighter” scenes that played out that required no adjustments whatsoever, and those looked really good; but with the majority of the film taking place in darker areas, they should’ve done better with this release. 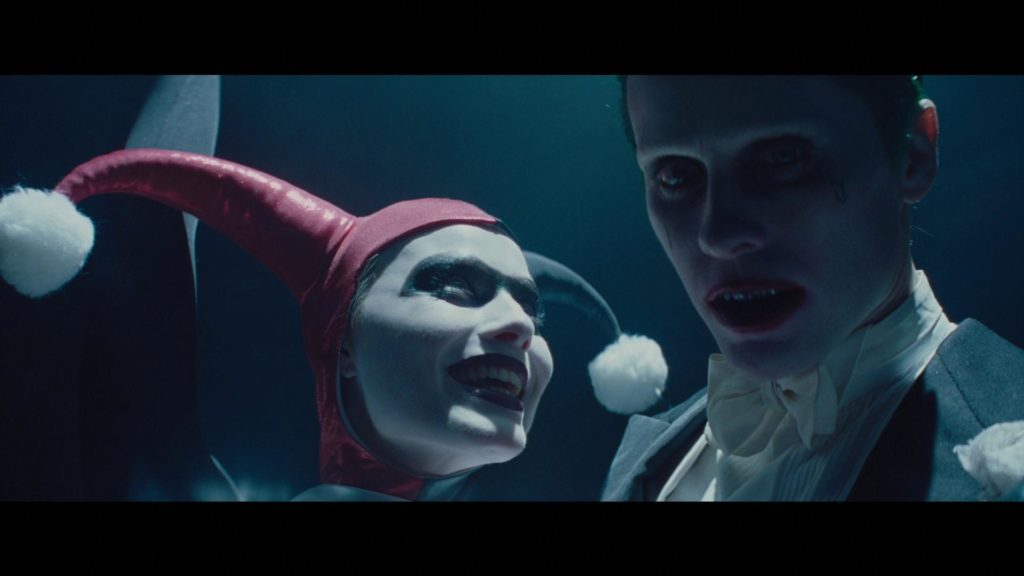 Suicide Squad comes packaged with the use of Dolby Atmos sound technologies, allowing consumers the most immersive experience available for home theater.  And in all honesty, the Atmos audio track was one of the best things about this release.  Having superb audio quality doesn’t make up for the fact that the overall release was disappointing, it did however allow for a clear and audible experience.  Another notable portion of the audio section of this release was the soundtrack/music selection used for the various scenes.  This, at least was enjoyable and made for some laughs as a result of their song selection.

The fact that this release made use of the Dolby Atmos technology and it’s immersive offerings really were a powerhouse coming through my home theater system.  Having recently added the Prime Elevation Speakers to my living room setup for better performance, I was purely amazed at what I had been missing out on with the older speakers that I had running for the elevation channels.  Being able to absorb the environments from all angles is really something to appreciate and I can certainly vouch that if you are planning on upgrading to an Atmos system, definitely consider grabbing these Prime Elevation Speakers. 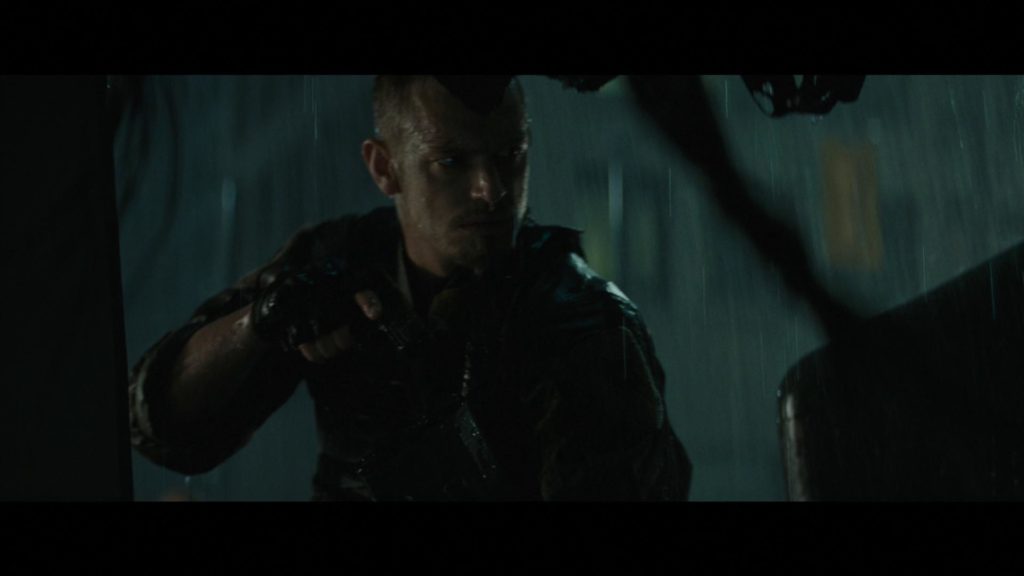 Just like every other 4K UHD release (with a couple of them being the exception), there are no additional features on the 4K UHD Disc.  All additional content provided is made available on the included Blu-ray disc.  Available with this release is: 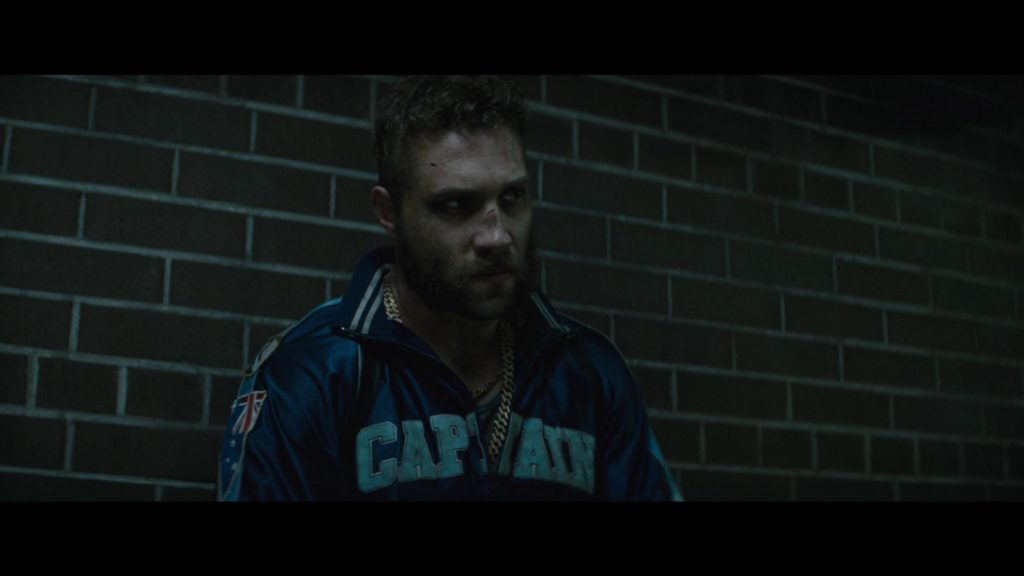 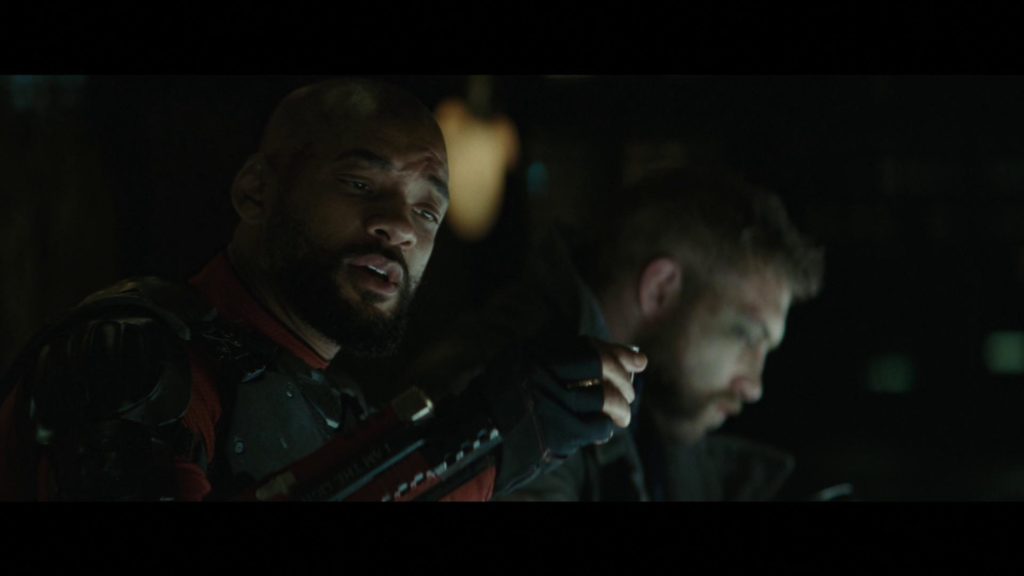 I really had a lot of hope for Suicide Squad, regardless of the chatter that I had read online.  I didn’t want to give it any kind of judgement until I saw it and I am quite disappointed in the fact that I actually took the time to view the Theatrical cut of this film.  I should have just skipped the 4K release and gone for the standard Blu-ray had I known in advance that the UHD disc only contained the Theatrical cut.  The film started out pretty strong and I was enjoying what I was seeing, however it all falls apart really, really fast and had absolutely no chance at recovering.  4K UHD really had no benefit with this release at all.  The sound was absolutely phenomenal coming through my sound system, and the additional content was only available on the included Blu-ray disc.  While I would personally advise against picking up the 4K UHD release of this film, if you want to pick it up, you can certainly do so today.  I think I’m going to have to take a break from the idea of watching this films Director’s Cut until a later date and I can cleanse my mind of whatever it was that I saw last night. 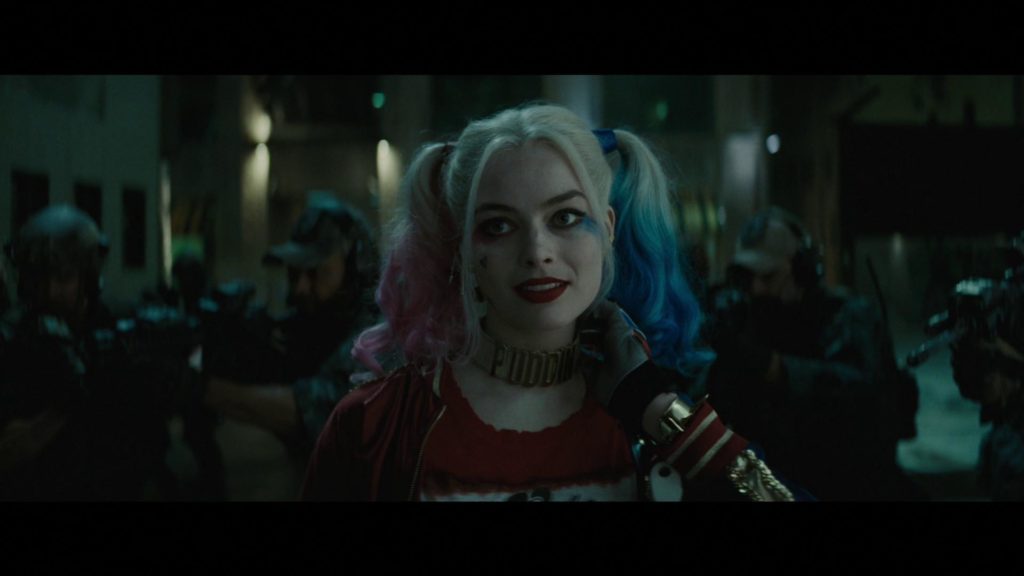