Sudden Fear, released to theaters in 1952 by RKO Pictures, is one of those movies that drifts between genres. Officially classified as a film noir-thriller, the film feels like what Alfred Hitchcock would churn out after he ate a rather sizable Thanksgiving meal. The film is brooding, and full of surprise twists and turns much like a classic Hitchcock thriller but it moves much slower. The change of pace makes for a remarkably different viewing experience than most of its thrillers peers, as director David Miller struggles at times to push the movie across the finish line. 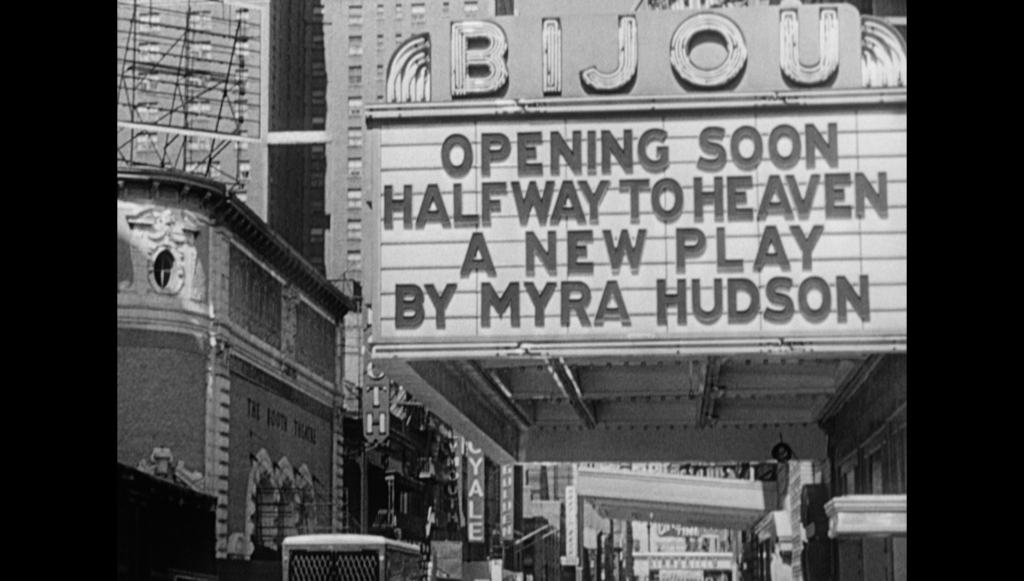 The film follows the story of wealthy playwright Myra Hudson, who runs into an actor that she had previously fired during the pre-production process of putting on her most recent hit play on a train. Taken in by guilt for firing him, she spends the rest of her train ride with him, quickly becoming smitten with him as they journey to San Francisco. Once there, they quickly get settled into together and marry, leading a happy life. In parallel however, one of the actor’s former associates quietly assimilates into Myra’s social circle, and together they begin scheming to make off with Myra’s wealth. Slowly, Myra catches on, and is forced to watch as her life collapses in on itself as she must figure out how to escape her fate that the hands of her husband and his lover.

Sudden Fear is a slow burning thriller, one that almost moves too slowly for its own good.  The way the script is crafted and brought to life on screen would do wonders for a romantic comedy, or a serious romantic piece, but it throws a wrench into the development of a thriller narrative. We get to see plenty of lengthy conversations between our lead Myra, played by Hollywood powerhouse Joan Crawford, and her husband Lester, played in a vaguely sinister way by Jack Palance that really serve to flesh out their relationship, but it feels out of place in a movie that eventually brews into a thriller. It leads to a satisfying pay off in the end, but it makes the first act of the film really drag, so much so that I had to stop the film for a cup of coffee in order to keep going – never a good sign.

Once Sudden Fear pushes past the uphill sludge that is the first act however, and Lester’s plot to destroy Myra and run off with her family’s fortune starts to fall into place, the viewing experience improves immensely. Crawford really brings it, playing into her character’s story with a convincing level of paranoia and manic desperation that makes it impossible to not struggle with her as everything she’s grown accustomed to collapses around her. Palance slowly grows into his role, becoming more aggressive and sinister as Crawford slips further into despair as Myra to become a convincing villain, especially as the film dives headfirst into a gripping climax. His partner in all of this, Irene, played by Gloria Grahame, never becomes much more than a pretty face who gets tossed around by Lester, which is a shame as I feel her character has some untapped potential, but such is life. 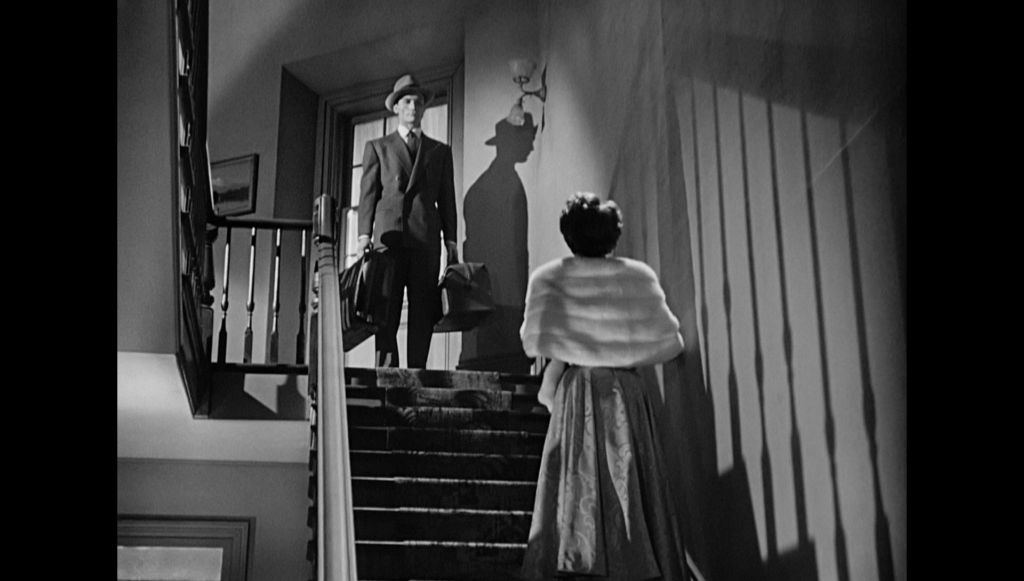 Sudden Fear is two thirds of a great movie, supported by an excellent piano driven score composed by Hollywood legend Elmer Bernstein, better known for his later scores for films such as Ghostbusters and The Magnificent Seven, and excellent noir-styled cinematography by academy award winning cinematographer Charles Lang, with excellent high contrast lighting and beautiful inky blacks. It makes for a compelling view once its motor gets going, just make sure you’re braced and ready for a snail-paced first act.

Shot on 4-perf 35mm film in the full frame aspect ratio of 1.33:1, Cohen’s release of Sudden Fear features a brand new 2K restoration of the movie. It is presented here in 1080p, maintaining the original aspect ratio with black bars on either side of image to maintain framing. 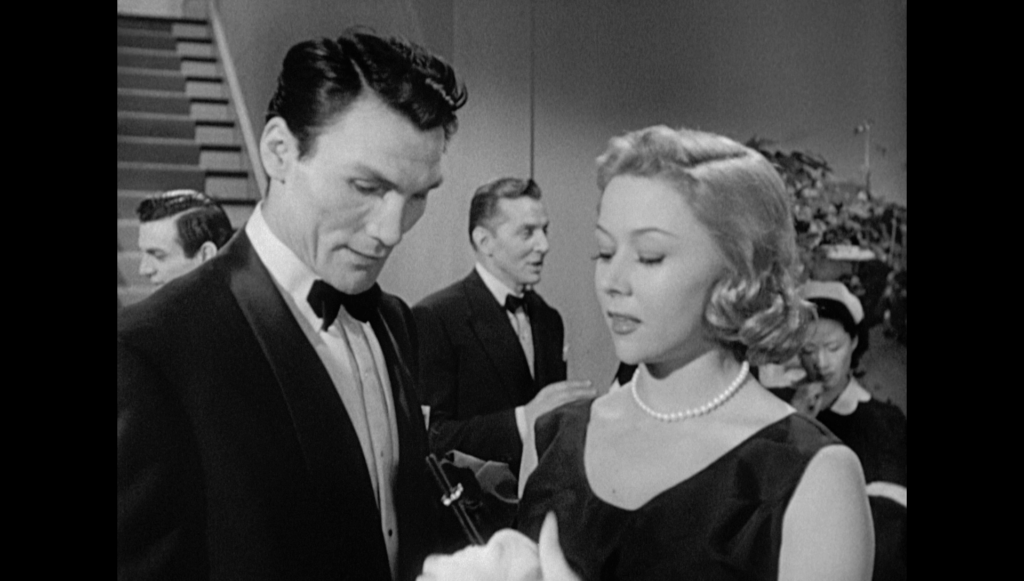 With a British ratings certificate at the head of the feature presentation, it seems likely that Sudden Fear’s source was a release print, or a fine grain positive that was at some point prepared for theatrical exhibition. Regardless, Cohen’s 2K restoration does wonders with what is available for a release that has seen little fanfare over the years. The image is plagued with varying density issues across the entire feature, but the image has been cleaned up as much as possible, result in a spotless image that for most the most part is rock solid in the stability department. Detail varies from shot to shot but is overall mostly pleasing, with many close-ups revealing appropriate sharpness and quality for the materials available. Mid and wide shots suffer a bit due to the lowered resolution of the source print, but look generally acceptable. Black levels, which are crucial especially in noir-ish type films such as this are excellent, revealing multiple shades of black and grey that give the film an excellent black and white color palette. Considering the age and the source utilized, Sudden Fear looks great in 1080p.

Sudden Fear is mostly driven by long sequences of dialogue, with select sequences featuring overlaid soundtrack numbers, and the occasional use of sound effects. The track does a good job of presenting all of these elements together in a way that is easily understood, but features a low level of ugly surface noise throughout the entire feature. The track is generally clean of other distracting defects, resulting in a mostly easy to listen to track.

Sudden Fear has been released to Blu-ray as part of the Cohen Film Collection under its “Classics of American Cinema” sub-collection in a standard Blu-ray keepcase. The front artwork features a new poster for the film, featuring a sinister shot of Palance as Lester over a distressed shot of Crawford, separated by the film’s title in a striking red text along with cast and award information, touting the new 2K restoration. It is surrounded by the standard black and white Cohen Film Collection border. The back artwork features review quotes, a paragraph about the film, three shots from the film, a list of features and technical info as well as credits, surrounded by the standard Cohen border as well. The inside case artwork features a lovely crop of Crawford and Palance in character during their train ride from the film’s first act. A booklet is included, featuring cast and credits as well as a chapter list with frame grabs from the film, showing off the lovely black and white color gradient presented in the film. Overall, an excellent package job from Cohen. 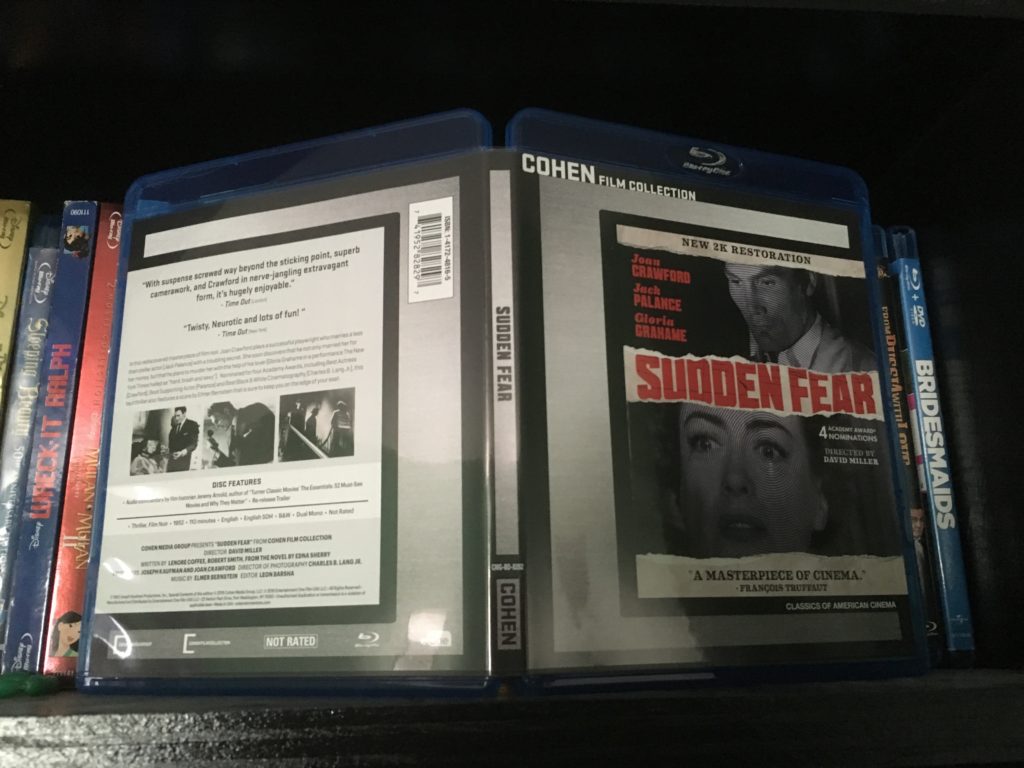 Onto the features, of which there are two:

Re-release Trailer – the film’s new trailer, as prepared by Cohen for their new restoration of the film. 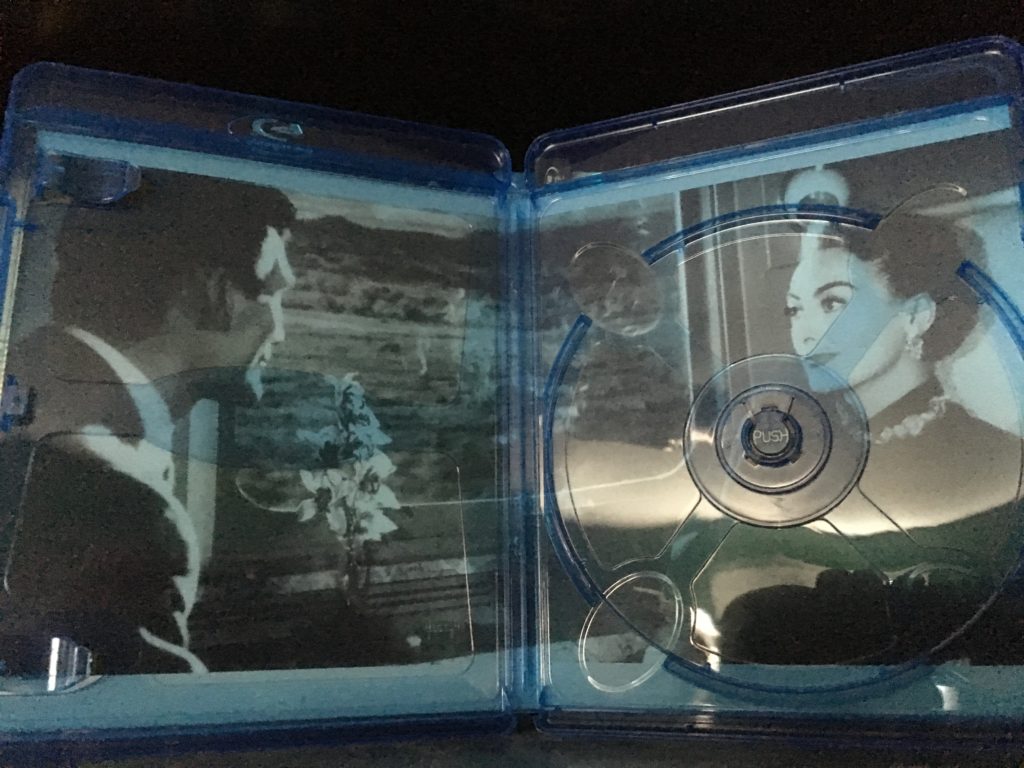 This release has some great packaging, but a meager selection of extras to offer, especially for those who don’t typically engage in commentary listening. 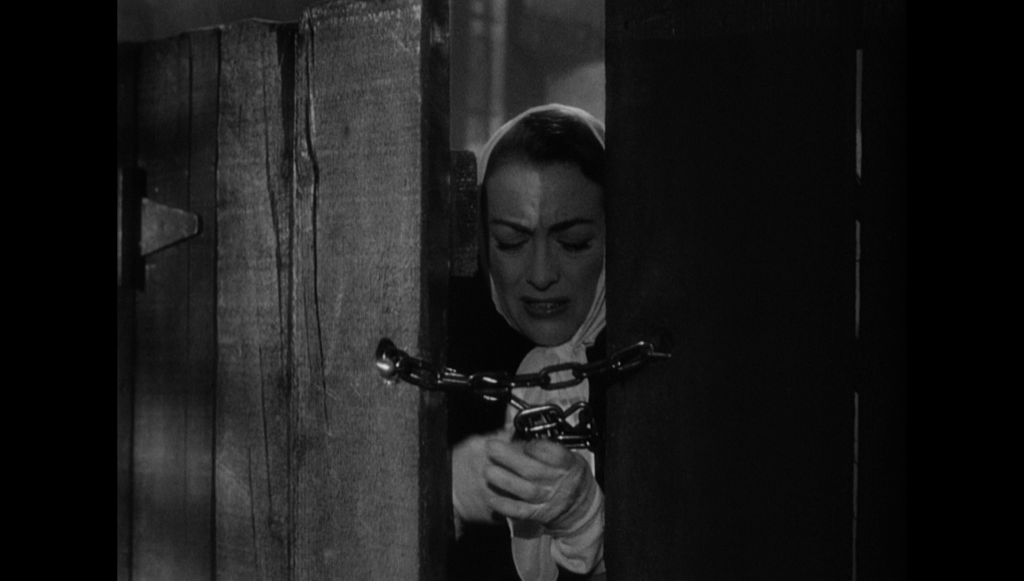 Sudden Fear is one of those movies that rewards viewers for their patience. One that burns slow but pays off for those who stick around to see it reach its engaging climax. The movie features great performances by its two leads, who were both Oscar nominated in the film’s year of release, and excellent noir-ish cinematography and sound design. Cohen’s new restoration, based on a less than exciting source reveals excellent color and an appropriate amount of detail, as well as a very listenable 2.0 mono soundtrack. It comes with a shallow helping of extras, but with excellent packaging that will reward longtime fans of the film, or those who are new to the film.