Strategic Air Command is a 1955 American film that features James Stewart and June Allyson that was directed by Anthony Mann. Originally released by Paramount Pictures, it was the first of four films that showed us the role of the Strategic Air Command during the cold war era. This film was the second film released in Paramount Films’ new wide-screen system, known as VistaVision, in color by Technicolor and Perspecta directional sound. It would also be Stewart and Mann’s eighth and final collaboration with each other and the third of three movies where Jimmy Stewart and June Allyson worked together, the other two being The Stratton Story and The Glenn Miller Story.

Strategic Air Command tells us the story of Robert “Dutch” Holland (played by Stewart), a professional baseball player who’s with the St. Louis Cardinals. He was also a B-29 bomber pilot during World War II, and an officer who is on inactive status with the United States Air Force Reserve. During spring training, he is informed that he is recalled to active duty and is to report to his posting at Carswell Air Force Base in Fort Worth, Texas to qualify in the Convair B-36 plane. He eventually makes his way down there and is given a staff job with the bombardment wing and it involves quite a bit of flying. As he progresses through his tour of active duty, and continues to work with the B-36, he is forced to deal with a lot of the design flaws that the new aircraft has as the crew continue to try and work through them to repair them and ultimately make this aircraft be the new big thing. How will Holland’s continued career in the Air Force Reserves pan out? Will he run into issues as he’s testing out this new aircraft or will he be able to return back to his normal civilian lifestyle after his active duty tour is over? 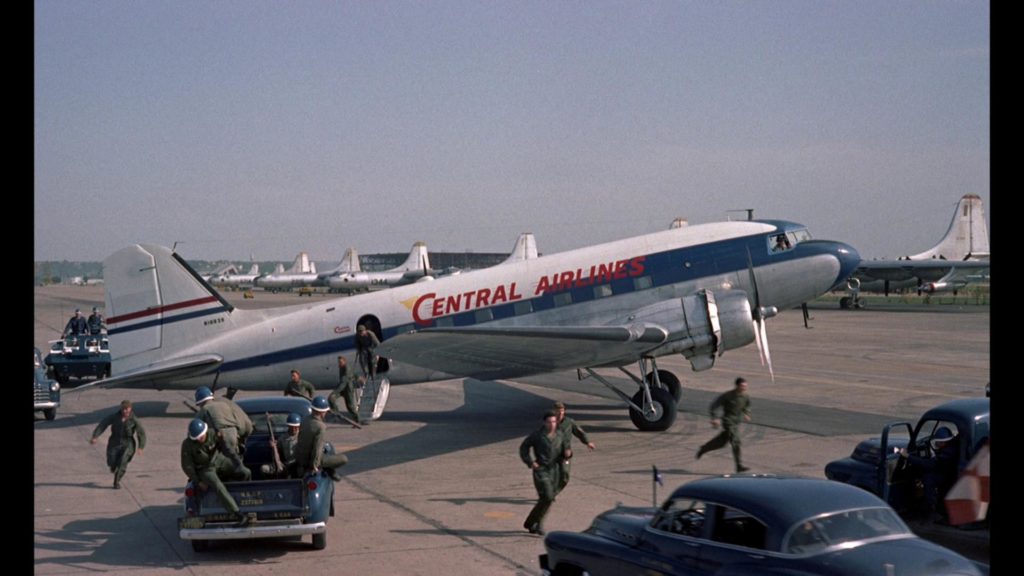 What is there really to say about Strategic Air Command?  This film features the late and great Jimmy Stewart, and having the opportunity to view this film was really great.  I may be a bit biased as all throughout my life, I have had a pretty significant interest in aeronautics, wanting to become a pilot either in a professional or recreational manner.  Initially trying to pursue this dream, I had started to lean toward a career in the military; however for personal reasons wasn’t able to continue on with that plan.  But, it’s always been an interest or hobby that’s followed me throughout life.  Seeing the B-36 go through its round of tests was quite the experience to witness, the work and stress of the dangers that the pilots put themselves through to qualify is something that I’m really not quite sure that I’d be able to go through.  Then there’s also the added stress from being away from home, being away from your family, and pushing through until you can hopefully return to a normal civilian lifestyle.  As we progress through this film, we experience all of those emotions with Robert Holland and his performance in this role allows the audience to really empathize as if they were right there with him.

The visual presentation of Strategic Air Command was, to put it simply, excellent.  Giving us a really crisp and clear image, my wife and I were able to completely make out and understand everything as it was being visually presented to us.  As another film that was released during the 1950s, despite featuring a complete remaster of the video, Olive Films did an absolutely fantastic job at maintaining that level of grain that I look for in earlier releases such as this.  Having absolutely no distortion in the visual presentation whatsoever, this film was quite the experience and I’m really happy to see that it got the love that it deserved. 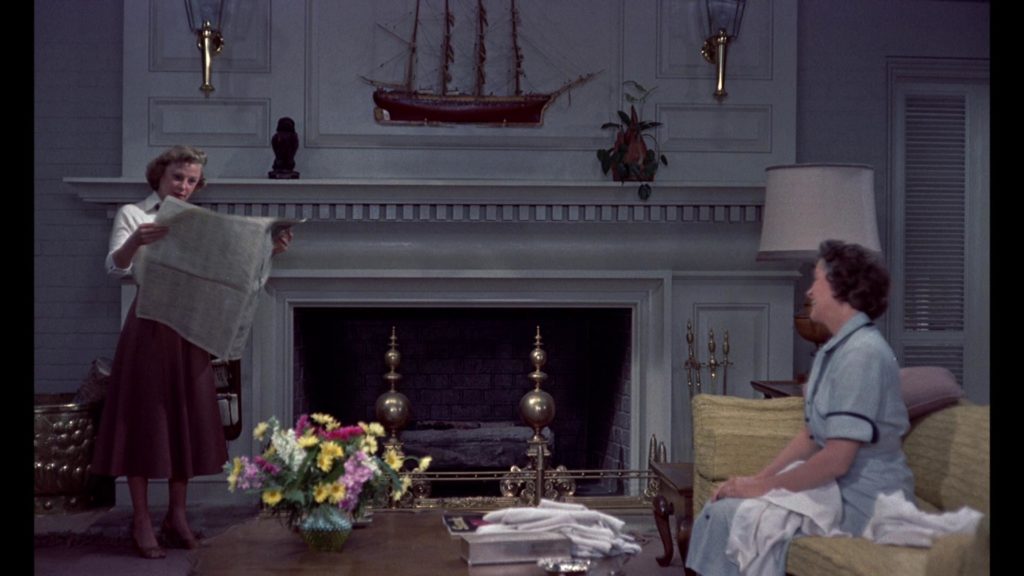 Strategic Air Command comes packaged with a DTS-HD Master Audio 2.0 track and only this track.  For the most part of this film, it sounded absolutely great as the sounds billowed through my front speakers.  I was able to completely hear and understand everything without having to do any kind of manual volume adjustment, and something like that with a 2.0 audio track is something that I can really appreciate.  However, one personal thing that I would’ve really enjoyed is if they had done at least a 5.1 audio track for this release.  Having the ability to hear the aircraft flying around from a few different angles would’ve been great; however don’t let that fact deter you from checking this film out. 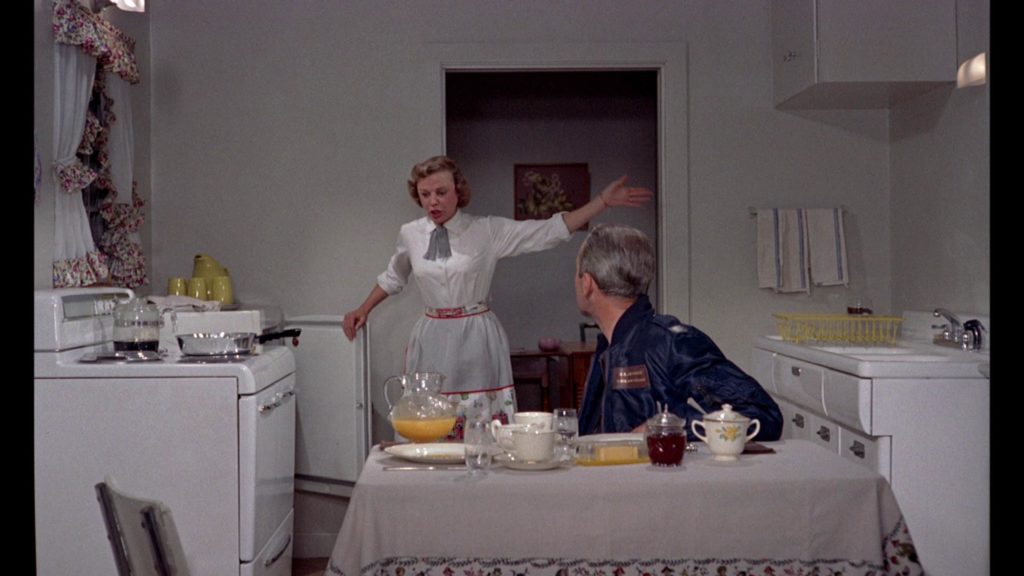 Strategic Air Command comes packaged in your standard Blu-ray amaray case.  Included within the packaging is the standard Blu-ray disc as well as some promotional material from Olive Films.  There is no DVD copy of the film, nor is there any digital redemption code pamphlets.  There is no slipcover with this film, even on its initial pressing.

Unfortunately, this release of Strategic Air Command does not come packaged with any kind of additional content whatsoever.  Something like this is often unheard of when it comes to releases from Olive Films as they typically include the films trailer at least.  Since there are no special features on this disc, there is no rating for this portion. 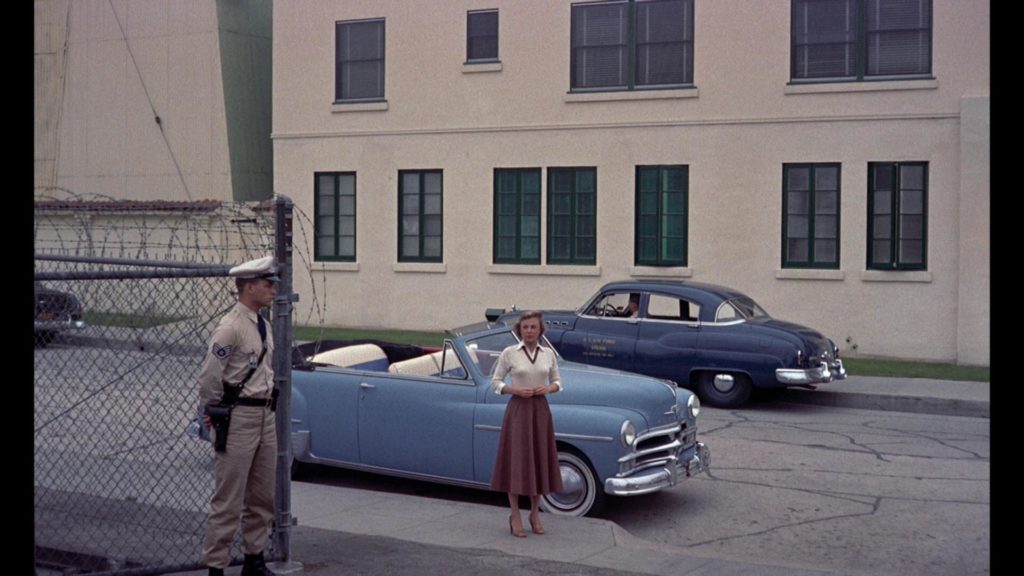 Overall, I was extremely pleased with this release of Strategic Air Command from Olive Films, which  gives audiences a pretty solid visual and audible presentation allowing fans of this film to truly appreciate it.  Having the ability to see, hear and completely understand the story as it progressed; I couldn’t have asked for more in that regard.  I, however would’ve loved to have had the opportunity to see some additional content, at least the films trailer would’ve been nice.  If you’re interested in checking this film out, you can grab it here after November 2 from Amazon! 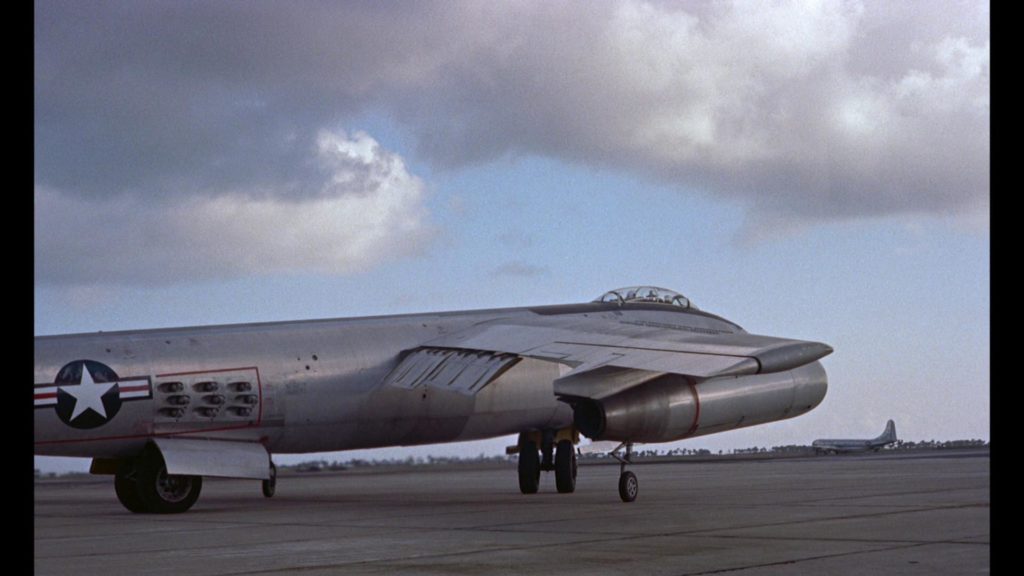