The film takes place in a location called “Cornerstore”. This place is known for delivery babies and its employees are, for the most part, storks, along with a few other birds. The current CEO of Cornerstore, a stork who’s named Hunter (played by Kelsey Grammer), discontinues the baby delivering business and sees more profit for the company by converting it to a parcel delivery service. However, the last infant from before delivery was discontinued, Tulip, could not be delivered and was ultimately taken in by the company as an orphan.

The film made its initial premier in Los Angeles on September 17, 2016 and was released by Warner Bros. Pictures on September 23, 2016 in 3D, IMAX and the conventional formats. The film ultimately received mixed reviews from critics and ended up grossing over $179 million worldwide against its $70 million operating budget. 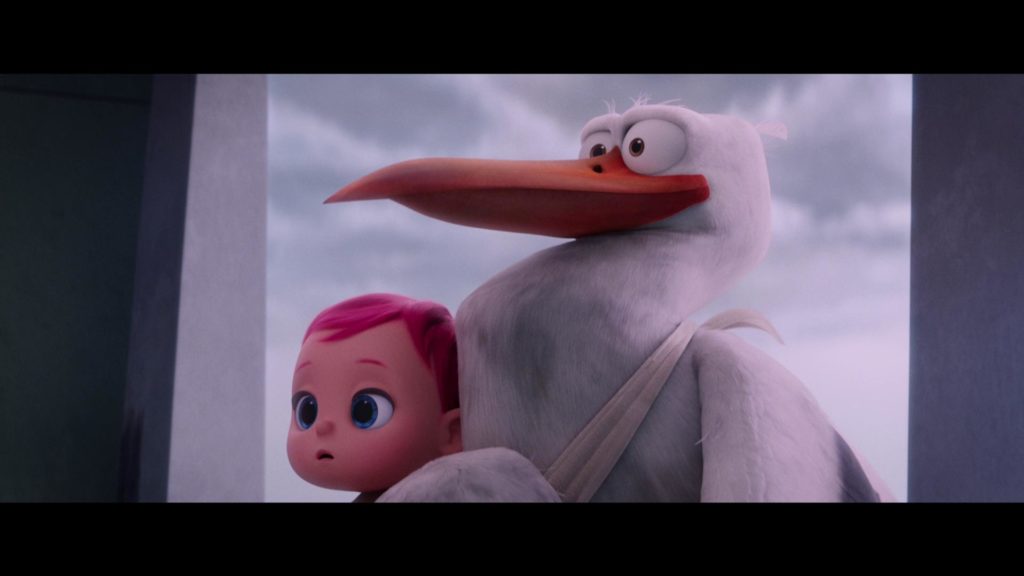 Initially, after seeing the various trailers that were released for Storks, I was kind of looking forward to this release.  Seeing some of the funny moments that played out in those trailers, I was looking forward to a film that’s loaded with some clean humor.  However, there was a lot less of that than I anticipated.  While the films story itself was pretty solid, you can definitely tell that this film was directed to much younger audiences and it plays out very much like a children’s book.  After watching through this film, it kind of felt like there was a subtle attempt at trying to win over the same audiences who loved Disney’s Finding Nemo.  There are quite a few portions that align right up with the Disney favorite, the wolves being a prime example as I found myself really liking the wolves part of the movie. 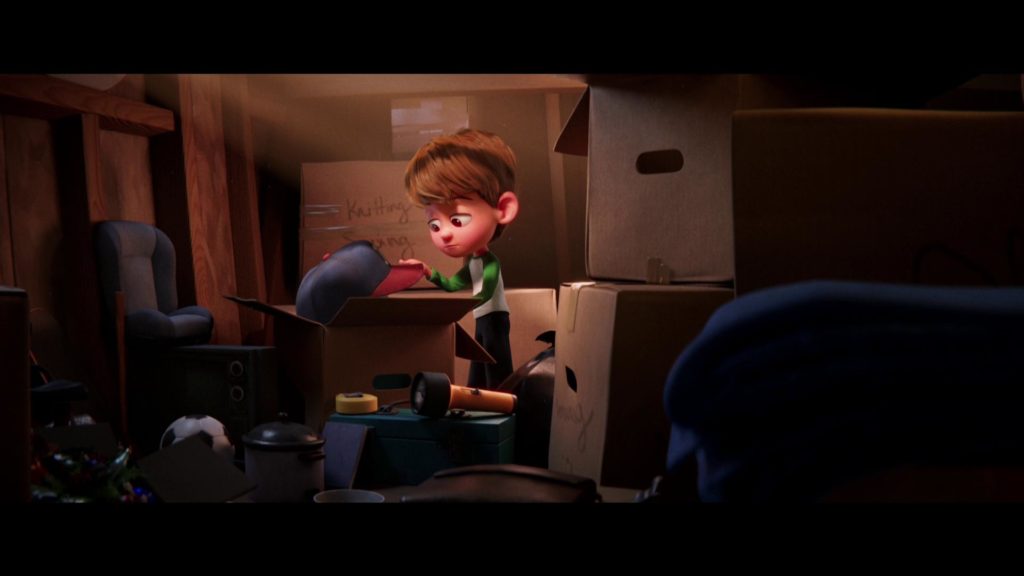 One thing that is certain is that animated features like Storks look absolutely amazing in 1080p.  Having and maintaining sharp, crisp lines throughout and presenting an extremely vivid color palette, Storks looked absolutely beautiful as it played out on my living room television.  I know there was a 4K UHD release of this movie and I normally would have opted to pick that copy up, however after my previous experiences and the realization that animated features in UHD, like this, only benefit from the use of HDR and even then it isn’t really worth the extra few dollars it would cost to have gotten that format. 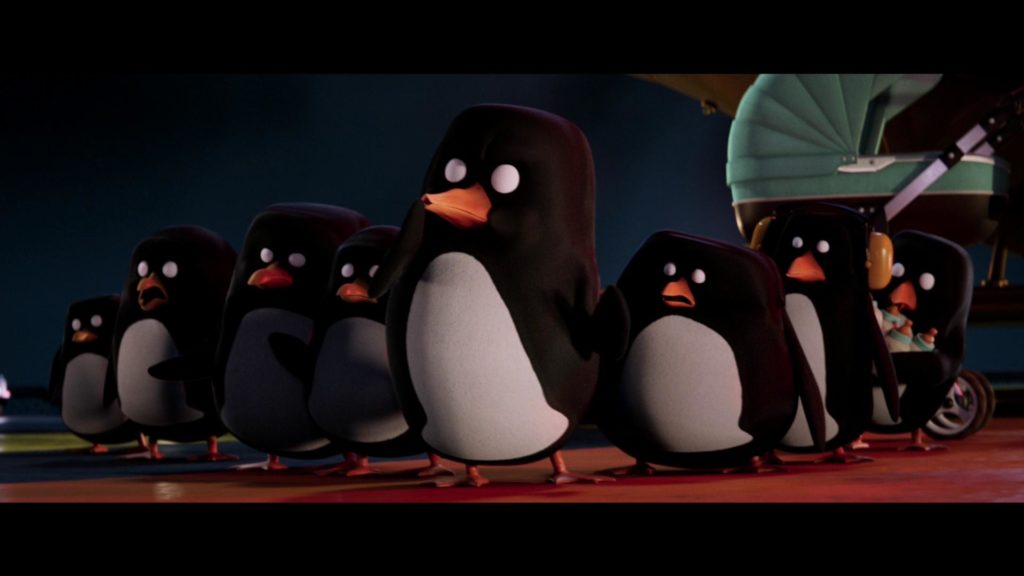 Storks does an absolutely fantastic job at utilizing the technologies that are associated with its DTS-HD Master Audio 5.1 audio track.  Being able to hear the various supplemental sounds that were associated with the films scenes as they played out allowed for them to be as immersive as possible.  Another notable thing about this release is the films musical score.  The included audio tracks did a fantastic job at helping the audience to hear the overall tone of the scene and fit right into the movie. 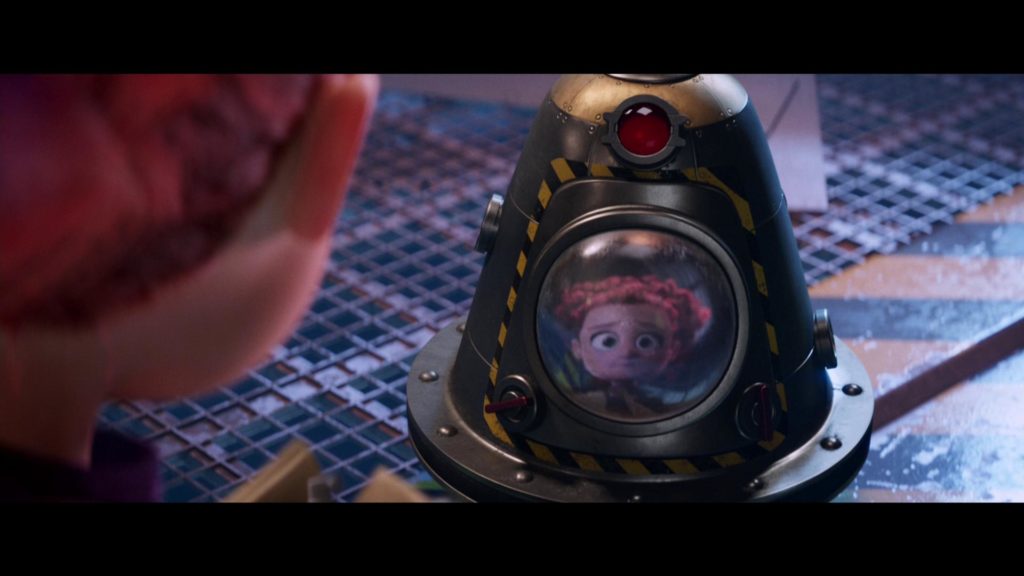 Storks comes packaged in your typical Blu-ray amaray case.  Within that case is the standard Blu-ray disc of the film as well as the standard DVD copy of the film.  There is also a digital copy redemption pamphlet so consumers can add the film to their digital libraries as well as a slipcover that’s been made available with the films first pressing.

I was pleasantly surprised at the amount of special features that were included on the release of Storks.  While not much of it is really related to the making of the film, it’s all still relevant to the movie.  Included with this release is: 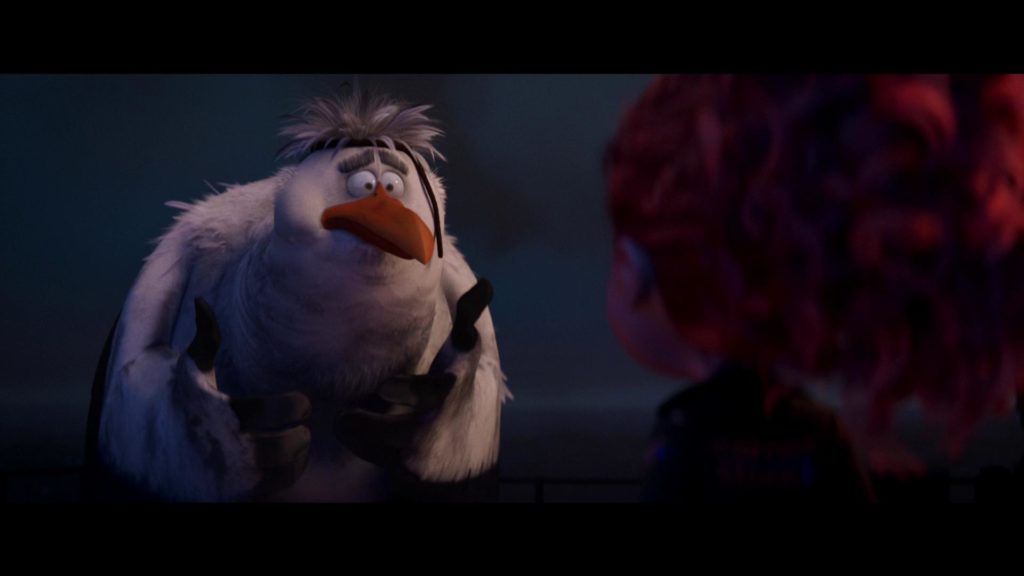 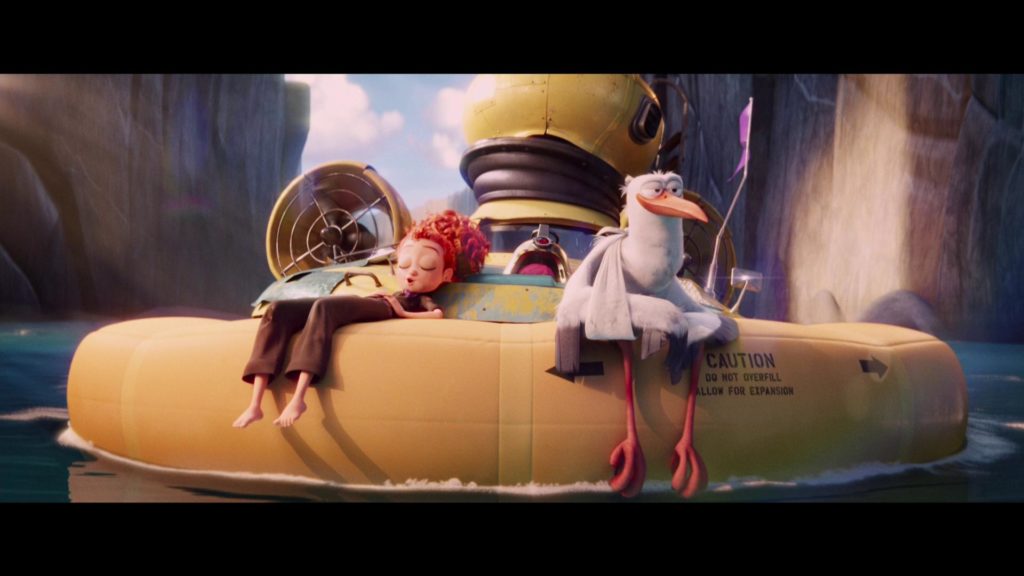 Overall, Storks wasn’t a bad film by any means.  It certainly had its fair share of enjoyable moments, however this film is most definitely geared more for the younger crowd.  The overall visual and audible experiences that the Blu-ray release of this film provides is what I could consider to be top notch as we were more than able to see and hear everything as the story moved forward.  There is also a significant amount of additional content that’s been made available on the Blu-ray disc that allows people to dive even deeper into the film.  A few of the special features that I really enjoyed was the deleted scenes and the all new short film that was included.  If you’ve got children and are considering picking this film up for them, I’d highly recommend it.  Hell, if you enjoy a good children’s animated feature, I’d definitely recommend this movie to you too.  If you’re looking to pick it up, you can order it from Amazon now; I’d definitely recommend the Blu-ray release as the 4K UHD wouldn’t really be worth the extra money.