It is an early 90’s supernatural horror series based on the Stephen King novel that is titled under the same name.  The story focuses around an inter-dimensional predatory life form that has the ability to take shape into its prey’s worst fears; therefore, allowing him to exploit the various phobias of his victims.  Throughout the majority of the story, this creature takes on the form of a clown that we all know as Pennywise.

Taking place over two different time periods, IT features a group of kids who are known as “The Losers Club” who discovered Pennywise and vow to do everything in their power to destroy him.  The first time period is when they discover the clown as they’re children while the other is when they are grown adults and Pennywise has made himself visible in their lives again.

Since its initial televised broadcast, IT has received mostly positive criticism, and ultimately came to having a large cult following later down the road.  Featuring a cast that includes Tim Curry, Annette O’Toole, and John Ritter, we are surely in for a treat with this film.

Having gone into IT completely blind, not having read the book nor ever seen this film before, I was extremely satisfied with everything it had to offer.  The story is very suspenseful and did a fantastic job at maintaining my attention.  Throughout the story, it does have its fair share of “WTF“ moments, however it doesn’t over-do any of those.  Maintaining its creepy undertone and the general weirdness of Pennywise, pushed by Tim Curry’s ability to be an all around creep, I really appreciated the acting in this film.

In speaking with my colleagues about this film, they all had one thing to say in common and it was in relation to how bad this movie messed with them during their childhood.  After having watched this, I can completely understand as to why that is; however I feel that IT is a film that every horror fan needs to see. Curry is masterful, the film is put together excellently to cover the hundreds of pages from King’s book, and there is no better creepy clown movie available on the market. 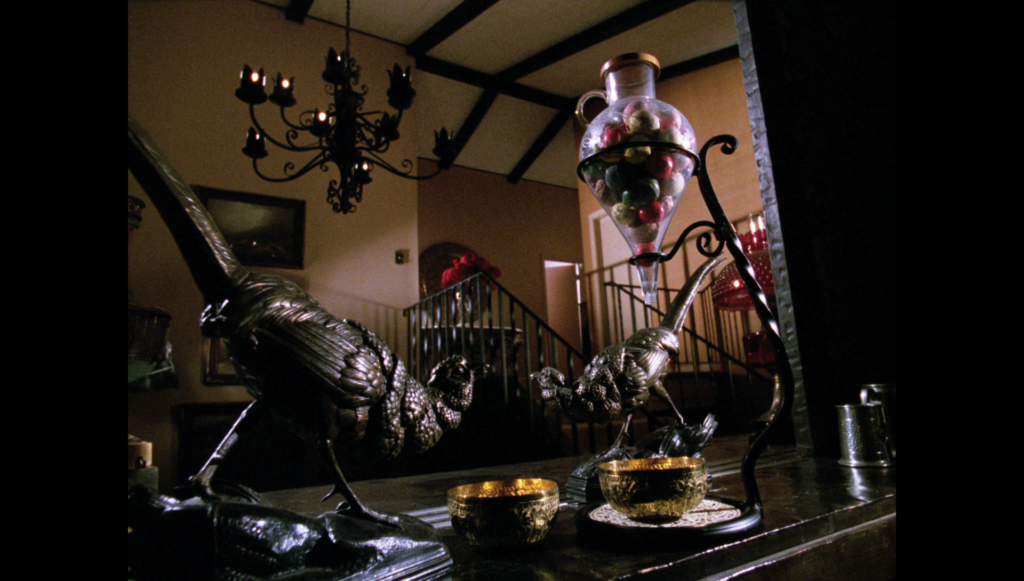 Coming to Blu-ray for the first time in 1080p, in a much deserved HD master, IT looked absolutely stunning on my living room television.  The colors were extremely vivid despite the periodic moments of darkness in the story, making the general scenery as well as the variety of colors on Pennywise really pop.  The lines were crisp, allowing for ample opportunity to visibly make out everything as it unfolded.  Throughout the various dark scenes, specifically the ones that either happened during the nighttime hours or underground; the picture wasn’t too horribly dark allowing the audience to completely make out what was happening without issue.  My only complaint that I had was more of a personal complaint and that was with the 1.33:1 aspect ratio at play here, but being a TV mini-series, it is shown in its original format and stays true to what we all remember from our childhood. 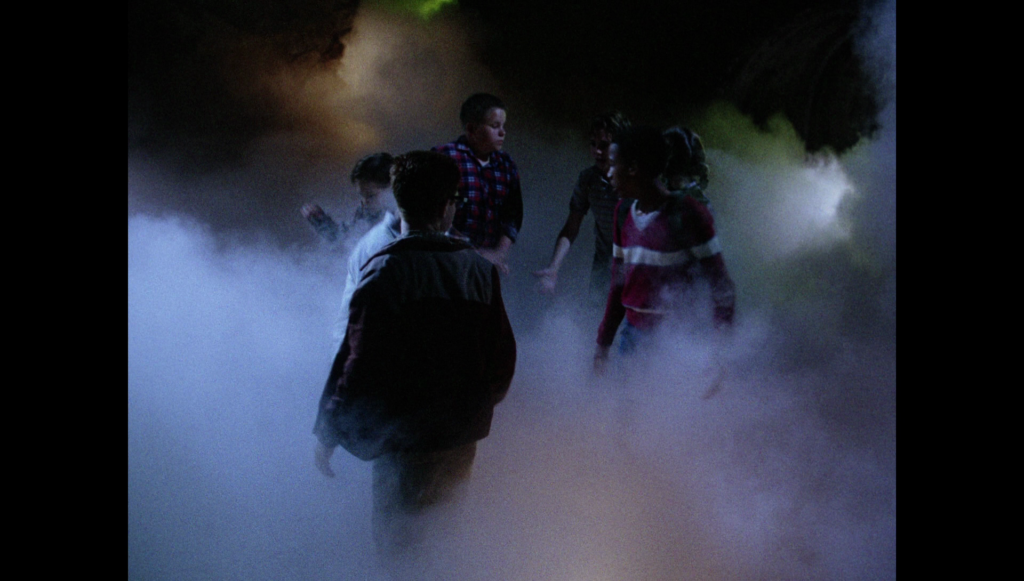 IT comes at us with a DTS-Master HD 2.0 audio track.  With this audio track, it allows us to really hear everything and become immersive to the point where it allows us to separate the films musical score from the audible parts of the story (voice and sound effects).  As I watched this film, my Prime Bookshelf Speakers from SVS made for a real experience with empathizing with the cast as they sought to defeat Pennywise and the obvious moments of fear that went through them.

Another notable aspect about IT is the musical score.  The use of the various music selections really did a fantastic job at portraying the emotion of the scenes.  Sure Pennywise is one creepy clown, but during the parts where he was messing with the members of “The Losers Club”, it allows you to differentiate between his various creepy antics. You can tell if he’s actually looking to inflict harm on them, or simply looking to scare them based on the tone of the music.

The Blu-ray release of IT comes packaged in your standard Blu-ray amaray case and is sporting similar artwork to its earlier released DVD Countarpart.  Within the packaging, we are provided the Blu-ray disc and nothing else.  There is no DVD copy nor is there a digital copy; which is a shame because it would have been great to add this film to my personal Ultraviolet library.

However, there is Gift Set edition of this films release on Amazon available for a much higher cost that does include a DVD copy and a T-Shirt; however there is no digital copy. 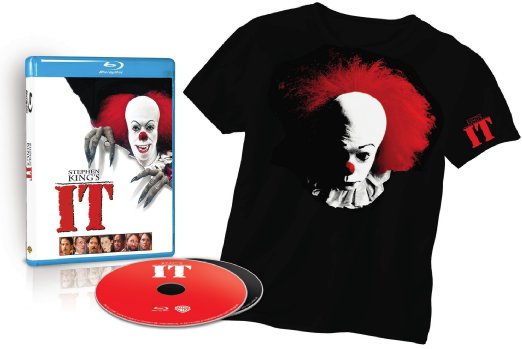 This release of IT is pretty barebones when it comes to additional content.  In fact, the only special feature of this release is a commentary track by Director Tommy Lee Wallace and Actors Dennis Christopher, Tim Reid, John Ritter and Richard Thomas. 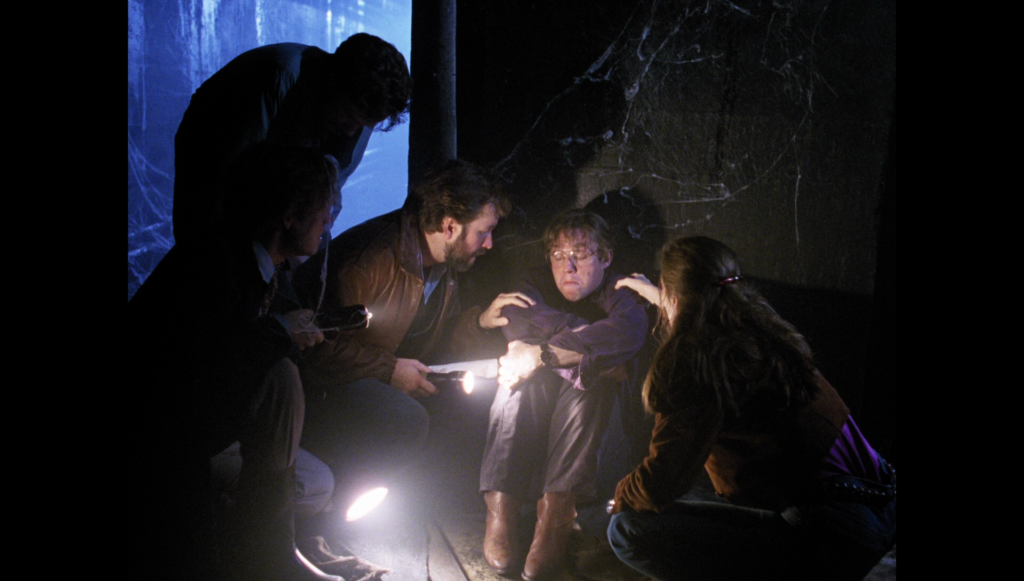 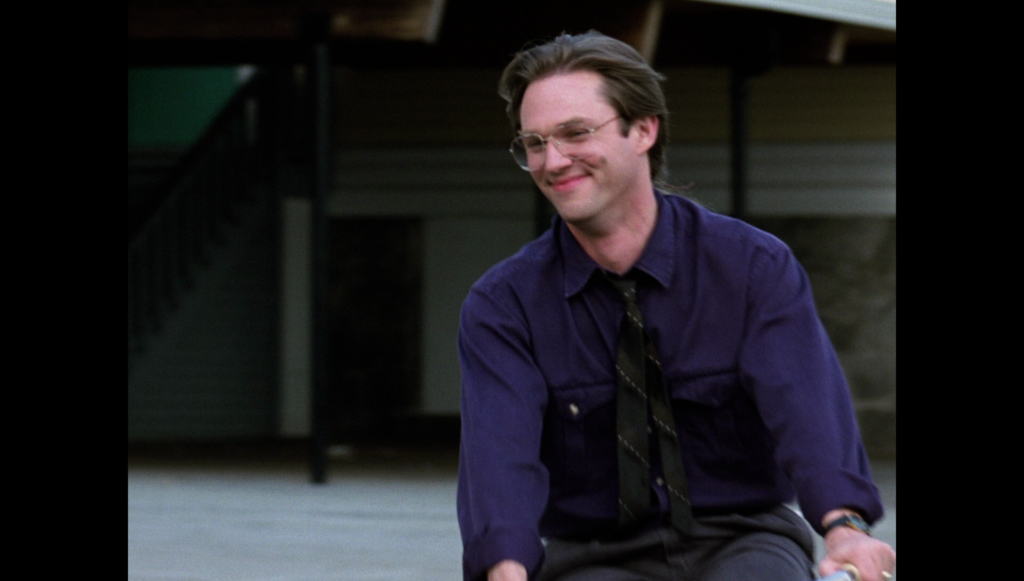 As I mentioned earlier, I had never seen IT nor have I read the book; however, I was familiar with the story and the fact that Stephen King was the author.  Picking up this Blu-ray has opened my eyes and piqued my interest in exploring other Stephen King stories, whether it be in film or written form.  The story was presented exactly how I had imagined, visual and audible presentation was crisp, clear and completely understandable in all ways possible; allowing for an optimal experience (despite the black bars on the sides from the aspect ratio that’s at play).

With this release, there are two other Stephen King book-to-film adaptations that were released, however difficult to come by right now due to the high demand.  Cat’s Eye and Salem’s Lot has come out and is allowing horror fans to re-live the thrill of a Stephen King story in all of its glory again.  I’m not quite sure if the current state of the release is limited also due to exclusivity as Amazon notes that they haven’t been released yet; however I know that preorders from Barnes & Noble as well as FYE have started arriving respectively.

IT is currently undergoing a reboot for a new film release due out in 2017 featuring Bill Skarsgard in the role of Pennywise.  I’m looking forward to seeing how well this reboot plays out in comparison to the original feature film. 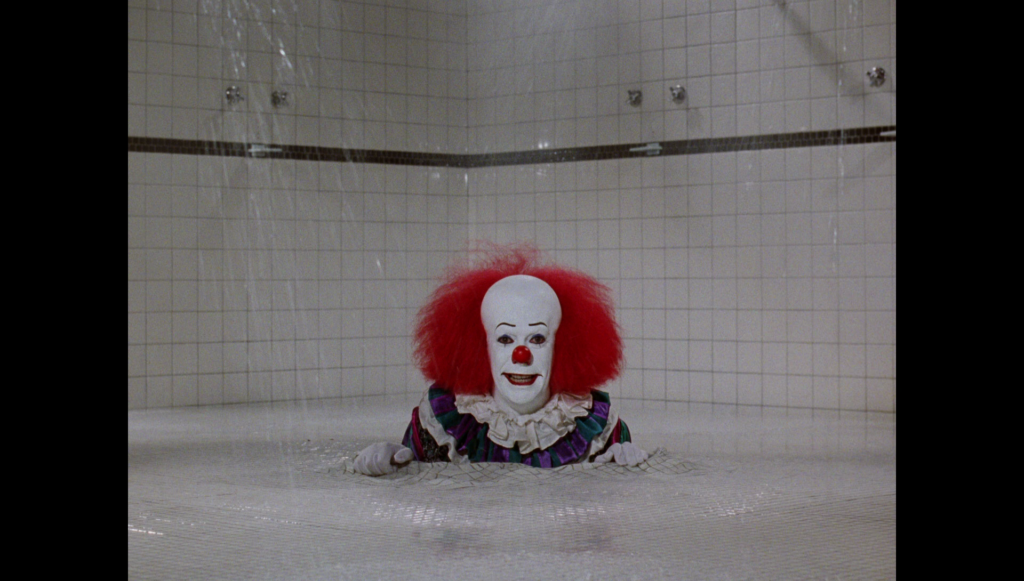