Kino Lorber had previously released both Steamboat Bill, Jr. and College as standalone Blu-rays, but they have now packaged the two essential Buster Keaton films in a double feature pack, with new 2K restorations from Lobster Films. Steamboat Bill was Keaton’s last independent silent comedy and one of his most well known works. College was a take on Harold Lloyd’s film The Freshman, and is a perfect example of what made Keaton so great, with countless physical stunts and slapstick humor. 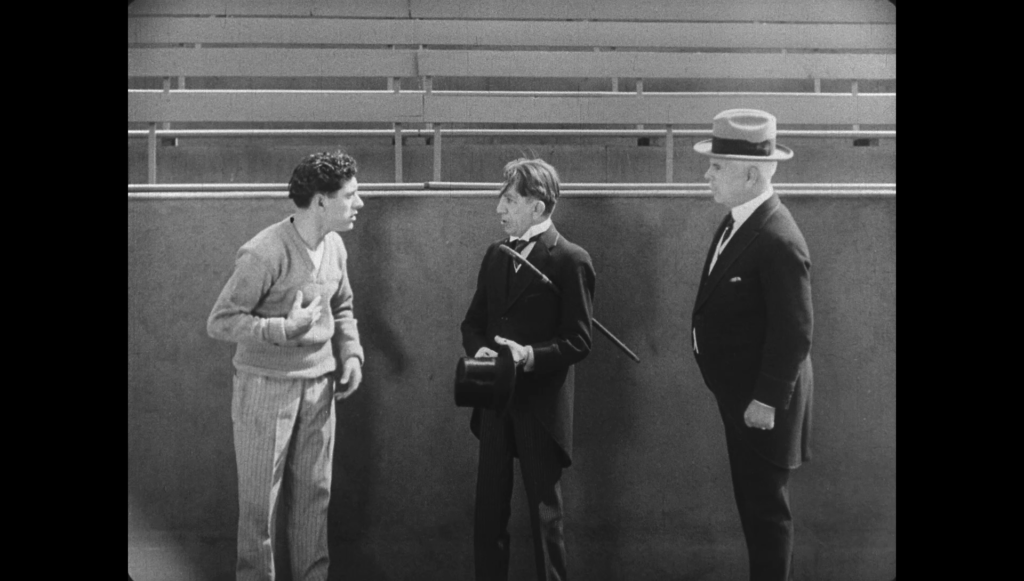 Both films are silent comedies, presented in black and white in their original aspect ratios. Each has their own excellent moments, from the cyclone scene in Steamboat Bill to the attempts at athletic prowess in College that fail hysterically. I regard Keaton as someone who is an essential watch for film scholars, as he was truly Hollywood’s first major star and the master of the slapstick comedy that most people have become most familiar with from The Three Stooges. Personally, I enjoyed College more than Steamboat just because I thought it was more relevant comedy in today’s day and age than the antics of a riverboat captain and his son.

Both films are important pieces of cinema history, and for true film buffs and those looking to experience some of Hollywood’s earliest silent comedies, this is a must-have release, especially with the new restorations and additional musical scores included with each film. I recommend this release over the previous standalone releases for the updated quality, and it is a great way to break into some of Keaton’s work with two films for a decent price in a single package.

Both films in this set received new 2K restorations from Lobster Films, and the work clearly shows. Both films are presented in their original aspect ratio of 1.33:1, meaning you will have black bars on the left and right of the picture. Being 90 years old, it is remarkable what is able to be done with what source material remains and the modern technology that film restoration experts have on hand. College looks a bit rougher than Steamboat Bill, and this is likely due to the availability of the source materials. My guess would be that Steamboat Bill had more materials available simply for its popularity, and College likely needed much more work to bring it up to speed. 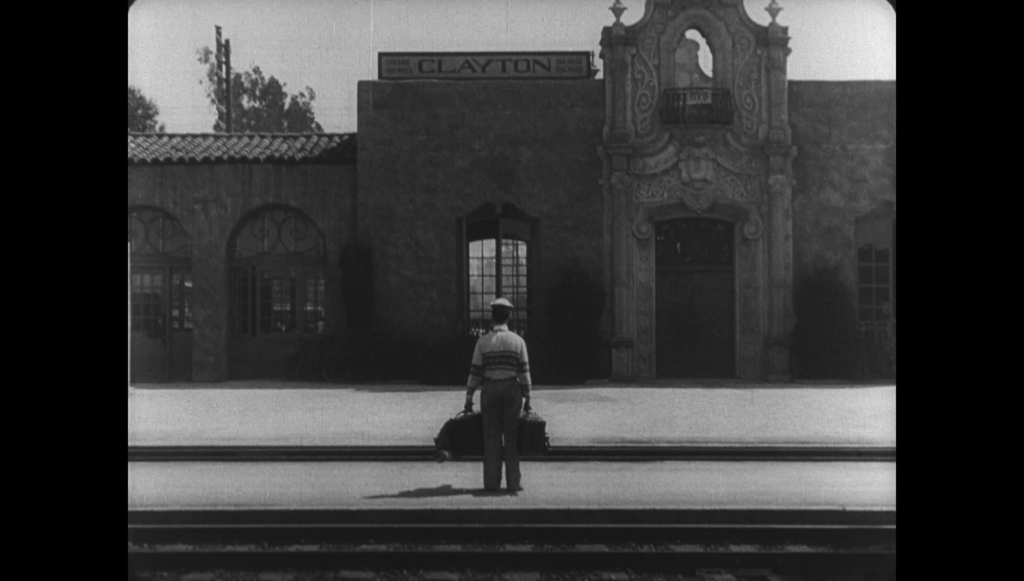 In darker scenes, picture quality does diminish, as the black and white color tends to get very dark and hard to make out. Of course, this is due to the limited technology available in the 1920s; the picture can only be as good as the original cameras which filmed it and the lighting environment they were working with. Overall, I was pleased with both presentations and thought they looked great for films that had been through 90 years before making it to Blu-ray with these new 2K scans.

What sort of audio is there to judge on a couple of silent films? For those who may be unfamiliar, “silent” refers to only the actors, and silent films have been accompanied by roaring orchestras since they first hit the big screen. While there is no sound coming directly from the film, there is plenty to look at in terms of the musical score included with each film. 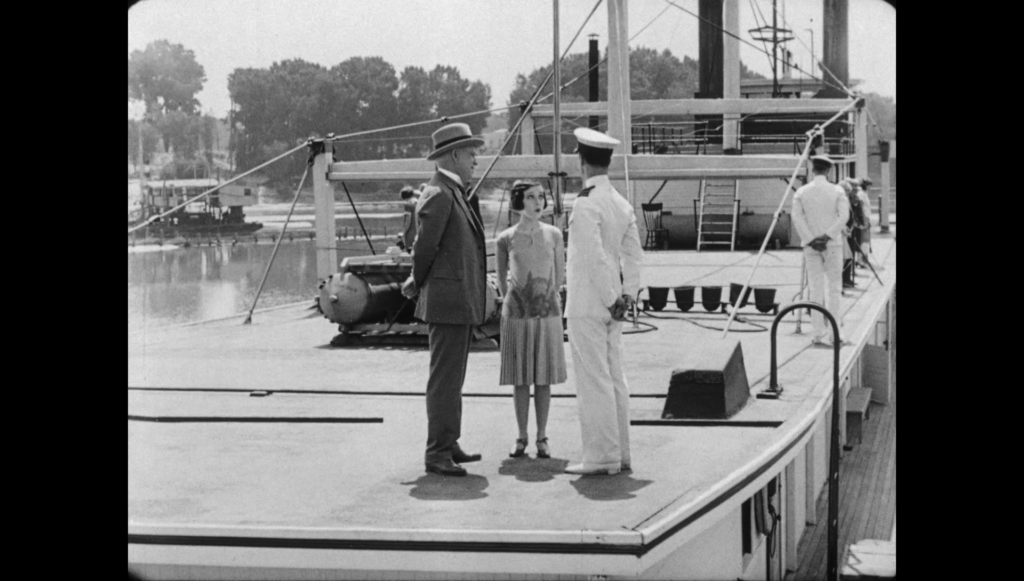 Each of these releases comes with different audio tracks, so I will tackle them separately. Steamboat Bill comes with a DTS-HD Master Audio 5.1 track, and it features two audio options for the silent film. One option is an orchestral score by Timothy Brock, and the other is a simpler organ score by Lee Erwin. I preferred the orchestra, but to each their own. Both sounded great in 5.1, and the music poured through my speakers, making it seem as if I was front row at a live presentation of the film. 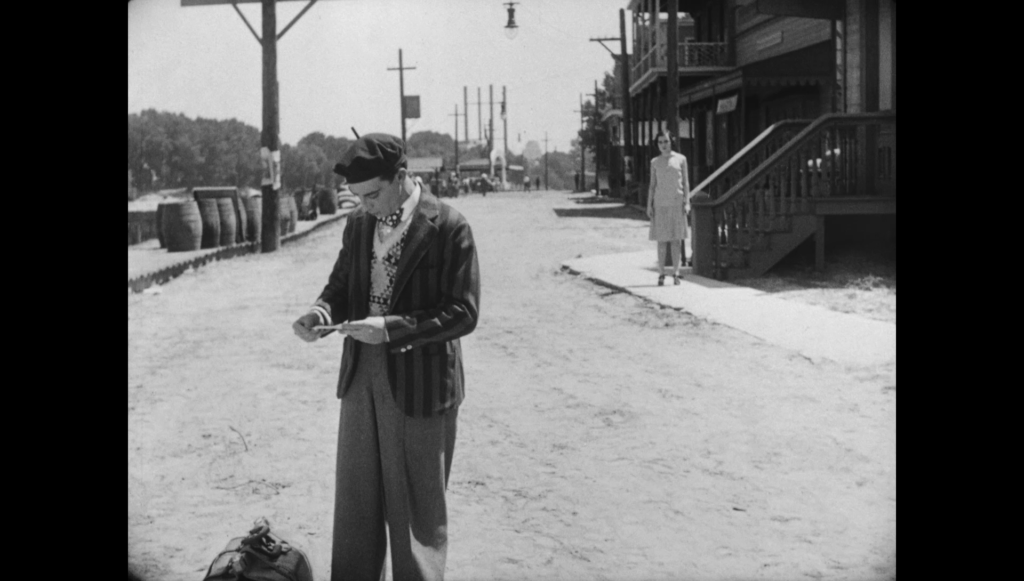 College comes with a simpler 2.0 PCM track, and also features two audio options; a musical track by the Mont Alto Motion Picture Orchestra, and an organ score by John Muri. Again, I prefer the orchestra track, and I actually thought this track was stronger than the one on Steamboat Bill, albeit on a lesser audio track. The 2.0 track was still more than enough, especially since it is just music; there are no sound effects ranging around the room, and it is a straightforward musical score accompanying the picture.

This Buster Keaton double features comes from Kino Lorber under their Kino Classics label, and is a standard two-disc Blu-ray case, containing a single Blu-ray disc for each film, and no digital copy or DVD. There is no slipbox or slipcover included, and the front artwork is pretty standard stuff, with an image of Keaton and an “old-timey” backdrop. The back of the case details the special features and talks about each film, and is a good, quick read to hit before watching. 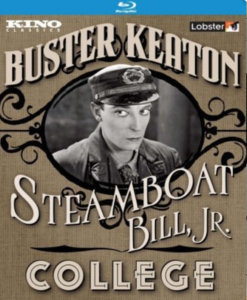 As for features, there are some great features included with each release. Steamboat Bill comes with the two audio tracks, audio commentary from film historians Michael Schlesinger and Stan Taffel, an intro by Serge Bromberg, and an old Alka-Seltzer commercial starring Buster Keaton. I really enjoyed the commercial, as I have a thing for old advertising, but the rest of the materials are a great addition as well. 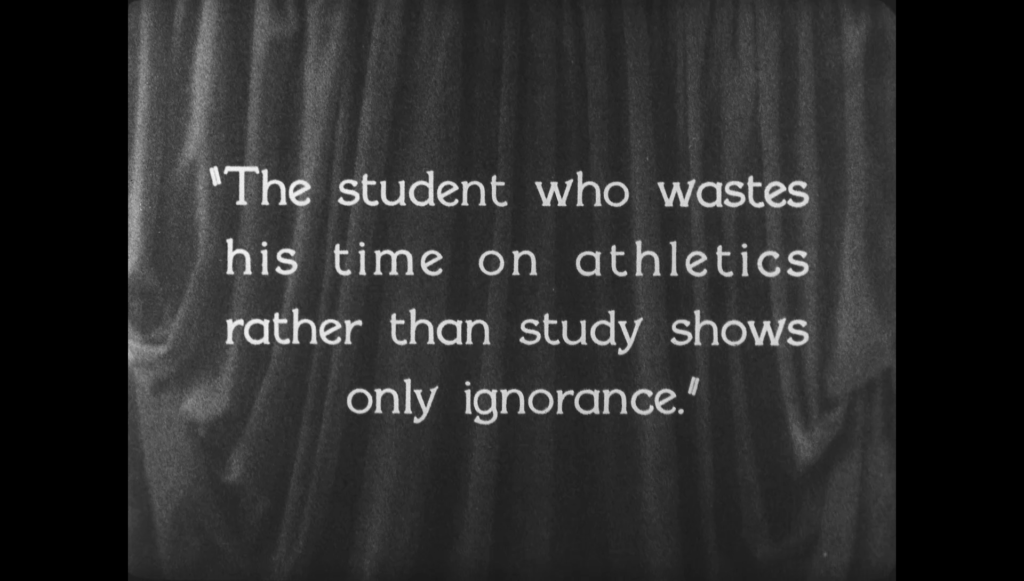 For College, there are a few more features than Steamboat Bill. There are of course the two audio tracks, and an audio commentary by Rob Farr. There is a short video tour of the filming locations, another intro by Serge Bromberg, and another by Lillian Gish. There are also additional video features, with the 1928 short film comedy Run, Girl, Run being included in its fullest, as well as the short film The Scribe, which was Keaton’s final on-screen performance in 1966. The inclusion of what is essentially two additional films makes this an absolutely astounding release, where you are really getting so much film history in one package.

How can you go wrong with two Buster Keaton feature films, four different audio tracks, and two additional short films, as well as an audio commentary for each film? I highly recommend that film historians and collectors who wish to experience silent films go out and grab this release, as it is a prime example of early Hollywood and slapstick comedy legend Buster Keaton. Lobster Films has done an excellent job restoring each film, and Kino has packaged them with tons of great features in a great Blu-ray release. This release is available now for a very reasonable price given what it offers, and you can find it on Amazon right now!