Star Trek Beyond is a 2016 American science fiction adventure film that was directed by Justin Lin. Based off of a screenplay written by Simon Pegg and Doug Jung, originating from Star Trek, created by Gene Roddenberry; it is the thirteenth film in the franchise and the third installment of the reboot series. Bringing back Chris Pine and Zachary Quinto to reprise their original roles as Captain James T. Kirk and Commander Spock, with Simon Pegg, Karl Urban, Zoe Saldana, John Cho and Anton Yelchin; the cast is also joined by Idris Elba and Sofia Boutella.

Taking place three years into their five year mission, the USS Enterprise arrives at Starbase Yorktown, a massive space station that’s known for their resupply and shore leave for its crew members. Struggling to find the continued meaning in the endless nature of their mission, Kirk has applied for a promotion and he recommends Spock to be the new captain of the Enterprise. Meanwhile, many of the key crew members end up being tied down with personal obligations, Scotty works his best to keep the ship operational.

The films principal photography began in Vancouver Canada on June 25, 2015; and making its US theatrical debut on July 22, 2016. This film is dedicated to the memory of Anton Yelchin, who unfortunately passed away a month prior to the films release, as well as fellow actor Leonard Nimoy who passed away during pre-production. Overall, the film received positive reviews, with many critics praising the cast for their performances, action sequences, musical score, visual effects and tributes to Yelchin and Nimoy, and has grossed over $340 million worldwide. 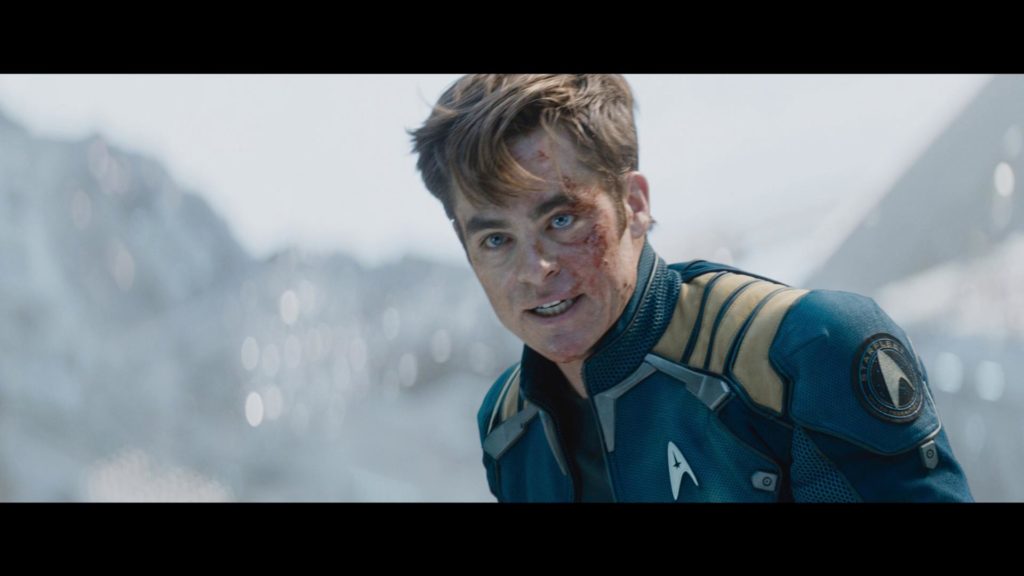 I’m not going to lie to you, I was a little bit nervous going into Star Trek Beyond.  With the shift from having J.J. Abrams directing the first two to now having Justin Lin directing this most recent venture, one can understand the reasoning behind being a little bit worried.  However, after watching this film, I was extremely pleased with the story that it had to offer and the overall experience it gave.  Lin did an absolutely fantastic job with this film.

The storyline of this movie was extremely solid and very well maintained throughout.  The film has its high points and its low points like every other film does, however you can definitely tell that the crew had a lot of fun making this film.  From the very well placed humor among the cast, to the overall acting capabilities of the cast and them conveying their characters as if it were meant to be. 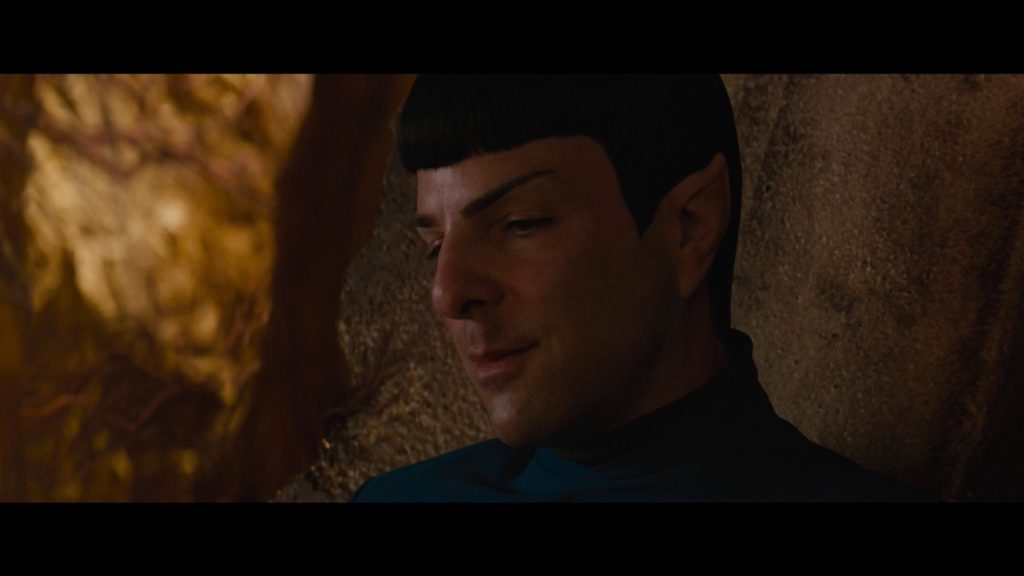 Star Trek Beyond comes to us available in the new UHD format.  While it is considered to be a “fake 4K” release, this film looked pretty damn good with the use of HDR.  Shot in 3.4K (having limited scenes shot in 6K), visual effects rendered in 2K and having a 2K digital intermediate, it’s quite obvious that this release is a complete upscale.  But, don’t let that deter you from considering this release as an option as the use of HDR really allowed for this film to shine on my home television.  Presenting us with an extremely vivid color arrangement and giving us a crisp, clear picture quality; I was more than extremely satisfied with the visual presentation that it gave me. 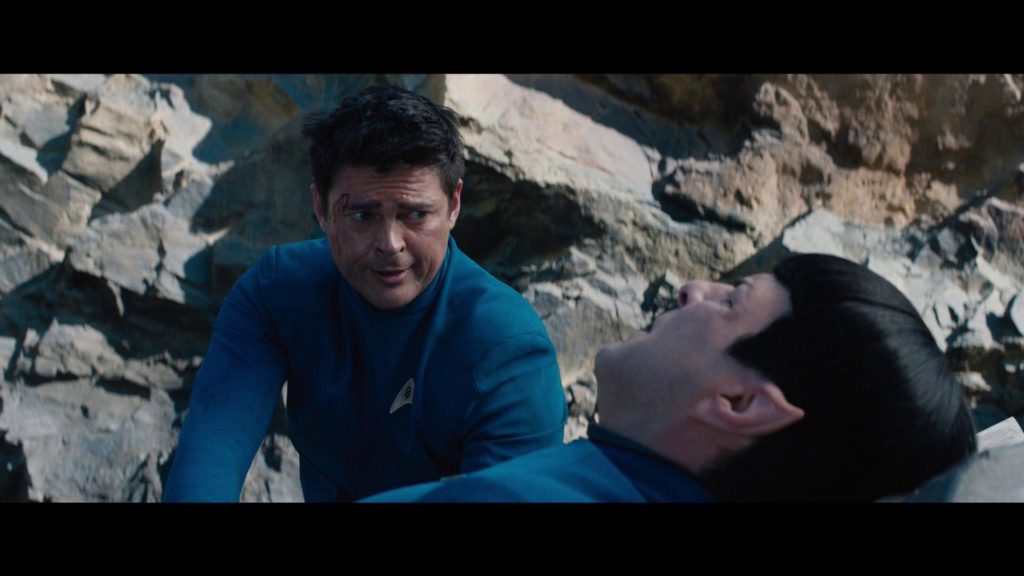 Boasting a Dolby Atmos audio track, Star Trek Beyond really powered through my home theater system.  Having my SB-2000 subwoofer from SVS Sound really shake my living room floor as the crew carried out their various missions respectively.  Having such a copious amount of bass shake my house really placed a lot of emphasis on the importance of the various tasks at hand and allowed my wife and I to have a greater appreciation for what the crew were undertaking in their own regard.

Another thing that is worth mentioning is the films musical score.  Never in my life did I imagine that a Star Trek film would include some of the songs that were included with this one.  Now, this isn’t a bad thing by any means, it was just surprising to see that a Beastie Boys song was used in Star Trek. 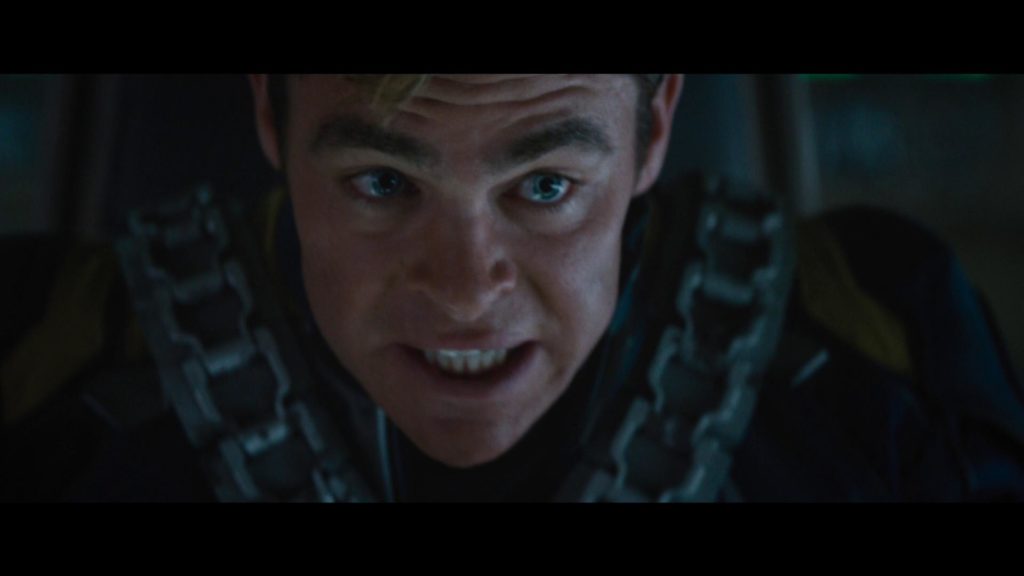 For Star Trek Beyond, I decided to purchase the Amazon Exclusive Gift Set.  While this package comes fully loaded with everything one can ask for with a UHD release, the quality of the packaging had me asking for more.  Included with this release is your standard UHD Blu-ray Disc, a standard 3D Blu-ray Disc, a standard Blu-ray disc and a digital redemption pamphlet allowing you to add this film to your personal digital library for easier on the go streaming.  My absolute biggest complaint with this releases packaging is the fact that they placed the 3D Blu-ray in a paper sleeve and set it inside the Blu-ray case.  After seeing the packaging that came with the UHD release of Ghostbusters: Answer The Call (2016), I’ve grown to expect to see an additional tray in the center of the case to accommodate the additional discs  There is in fact a slipcover with this film’s original pressing.

Also, included with this exclusive release is a scaled down model of the USS Franklin.  The build of the included model is pretty solid and looks really nice sitting on my movie shelf.

All of this comes packaged within an exclusive box, allowing those who purchased to keep it all together and in-tact, however I couldn’t help but put the model ship on display personally. 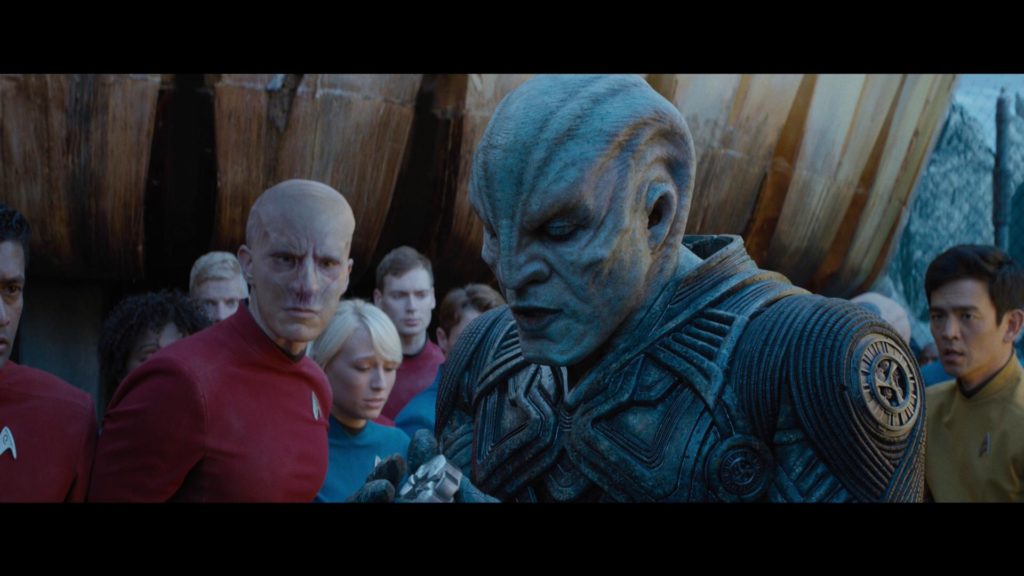 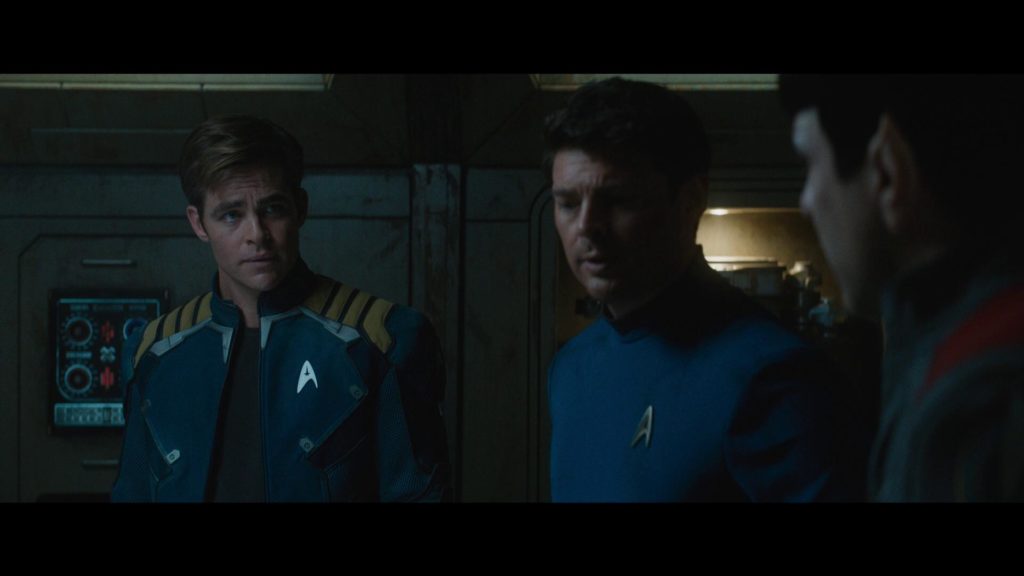 Overall, I was extremely happy that I picked up Star Trek Beyond.  Despite being a fake 4K release, it really shined with its utilization of HDR. The included Dolby Atmos audio track was an extremely pleasant experience, having the ability to hear the elevated audio portions of the various scenes allowed for an all-out immersive experience.  With all of that, the audience is surely given an out of this world experience.  The films story line was rock solid and has me looking forward to the eventual next film in the series and curious to see where the crew end up on their fourth year of their journey.  If you’re interested in picking up this exclusive release, you can grab it today from Amazon!