South Park: The Complete Nineteenth Season was the best comedy on TV or streaming services in 2015, hands down. For the first time in the show’s storied history, creators Matt Stone and Trey Parker actually followed a serialized model, where each episode ties in with the prior one, making this their most complete season ever in terms of storytelling. Typically, South Park would tackle a new topic in each episode, always staying current with their one week production times. This made for some great TV, and it always stayed on top of what was in the news. Occasionally there would be two or three episodes that tied in together, but never for an entire season. However, Matt and Trey seemingly found some inspiration in the rampant “PC Culture” that was dominating the airwaves for most of 2015, and took that idea and ridiculed it to death with what was their finest season as a show. These 10 episodes are simply the best, most relevant, controversial, and funniest things that anyone produced last year.

South Park: Season Nineteen tackles so many topics, from PC culture, to Caitlyn Jenner, Donald Trump (before his presidential campaign was taken seriously, so stay tuned for Season 20 in the Fall), gentrification, Whole Foods, online ads, police and racial tensions, ISIS, and Yelp reviews. It simply is a perfect vision of America over the past 12-18 months, and how crazy things have gotten here. Thankfully, Matt and Trey choose no sides, and so they attack each ridiculous problem with an equally ridiculous, over-the-top episode that left me in stitches for the entire 220 minute run time. 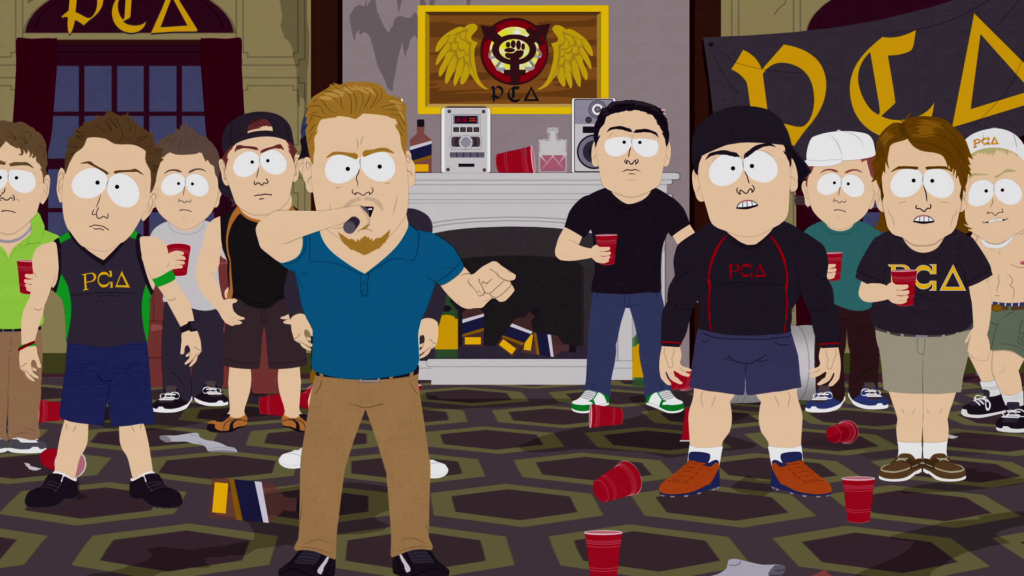 If you are easily offended and want to remain in your safe space, then please do not waste your time with this season of South Park. Trust me, there are no “trigger warnings” with Matt and Trey. However, if you like controversial comedies, this season of South Park, more than any other, is the best time you can spend in front of a TV this year. Of course, if you like this sort of comedy you were probably already knee deep in South Park before reading this review, and if not, then you need to escape from the cave that you are living in. If it has been a few years since you tuned in, this would be a great time to pick it back up. With Season 20 right around the corner, running during a contentious and ridiculous US Election year that seems as if it is straight from a South Park script, make sure you give Season 19 a watch first and then pray that Matt and Trey take their comedy even further this year; Hillary and Donald, beware.

Animation always looks fantastic on Blu-ray, and South Park Season 19 is no exception. The colors are brilliant, there are no issues with low resolution or blurry images, and it looks even better than it did on TV. South Park had always been a show that used cheaper looking, but unique animation with more focus on content and comedy, but as it has matured, the animation has gotten better and better. Right now, they seem to have found a sweet spot over the last few seasons and it looks amazing on Blu-ray.

Interestingly enough, Matt and Trey and their team of animators actually kept the original files for all of their older episodes as well, so for the first 170+ episodes that were previously only shown in 4:3 Standard Definition, they will all be remastered to 16:9 and 1080p at some point. The more popular episodes can already be seen streaming and on Comedy Central, and according to J.J. Franzen, the shows Technology Supervisor in an interview with CreativeCow.net, it would mean “that we’ll be the only animated show from the pre-HD world that will have its entire catalog of episodes in full native 1080p. It’s pretty sweet.”

Coming to Blu-ray with a Dolby TrueHD 5.1 audio track, South Park Season 19 sounds great. There is not a really powerful scene or episode in terms of audio, and other than a few musical segments, it is a fairly dialogue-driven show. There is not a particular episode that really blew me away, and South Park is really more about the content and comedy than the technical experience, but it still sounded great and the Dolby TrueHD track makes full use of the Blu-ray technology. 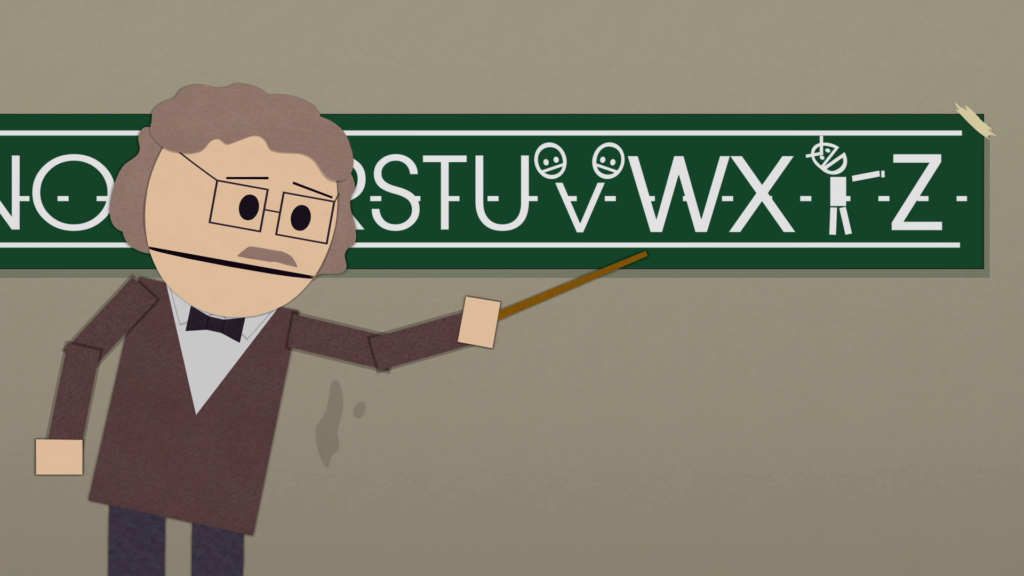 You will want a powerful center speaker to handle the heavy dialogue, like the SVS Prime Center speaker that I use, and although it would not be required for a show like this, having a full surround sound system always helps with spreading the sound effects evenly across the room. Is this an audio track to show off a system? No, but it doesn’t need to be, and it is well above many similar TV shows in terms of technical abilities.

South Park Season 19 comes packaged in a digipack case, with a cardboard sleeve and a foldout disc-holder on the inside. There are two Blu-ray discs included with this release, but no DVD or digital copy. The artwork on the front features the main characters and PC Principal, this season’s best character. On the foldout there are various scenes from Season 19 depicted, and the two Blu-ray discs also feature artwork from the show. 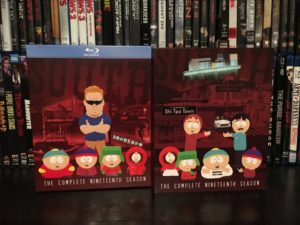 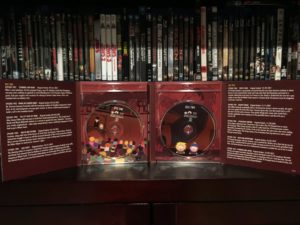 As for special features, there are deleted scenes and the “#socialcommentary” feature for each episode, which allows for an interactive viewing experience featuring information on the episode as if it was being live-tweeted. There is also a season commentary from Matt and Trey, and the E3 Trailer for the upcoming video game “South Park: The Fractured But Whole”. 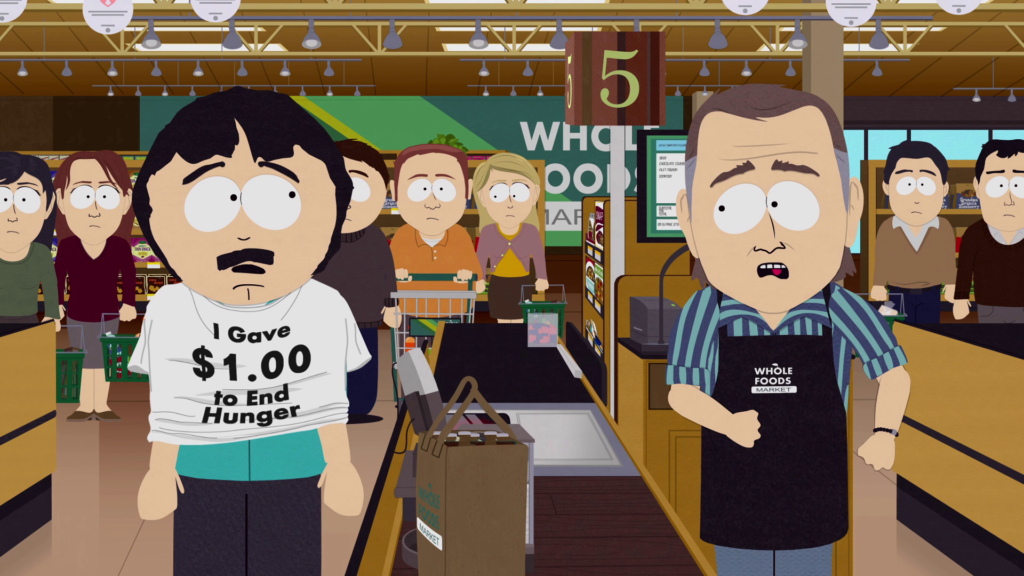 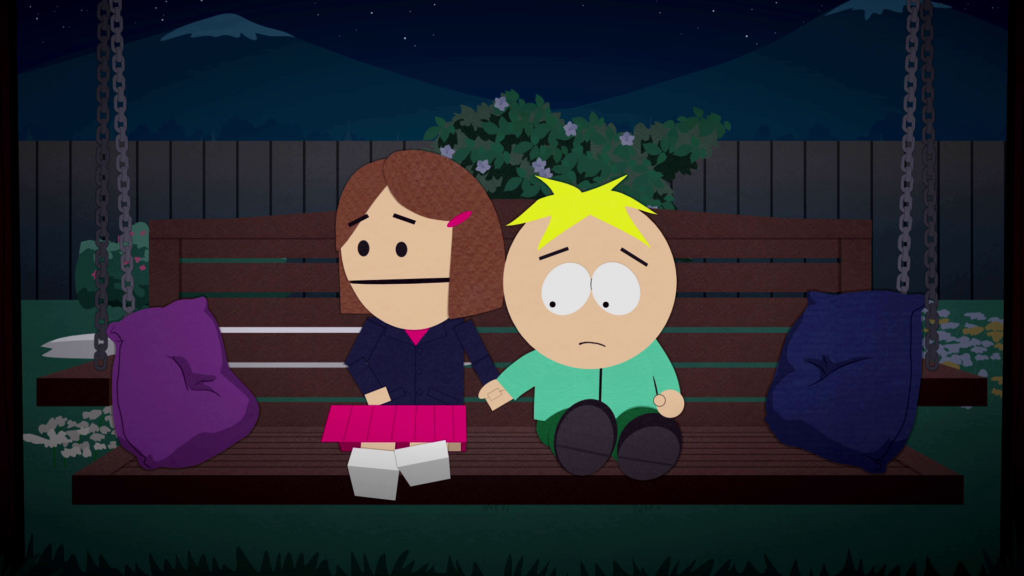 South Park Season 19 needs to be seen by everyone, and whether that comes as a result of your HULU subscription, a DVD or Blu-ray purchase, or On Demand rentals, it is required viewing. I would recommend the Blu-ray, since the animation actually looks better on the disc than I thought it did on TV, and the HD audio track and special features make it a worthy purchase. With the election season quickly approaching, get a head start by watching South Park Season 19 and then tune into Season 20 when it airs on September 14th. You can find South Park: The Complete Nineteenth Season on Amazon, available for purchase on September 6th.