The plot revolves around Doctors Grist(Schneider) and Kriegsiel(Anzalone) working at a closed nursing home, trying to find a way to get rid of death and make all people immortal. Haircut(Placide) needs a place to host an art exhibit to impress his mom. His theme is ghosts and Kish(Dove) has the perfect place, the closed nursing home. The two pairs meet and come face to face with a Sea-God, who wants to stop the quest for immortality. 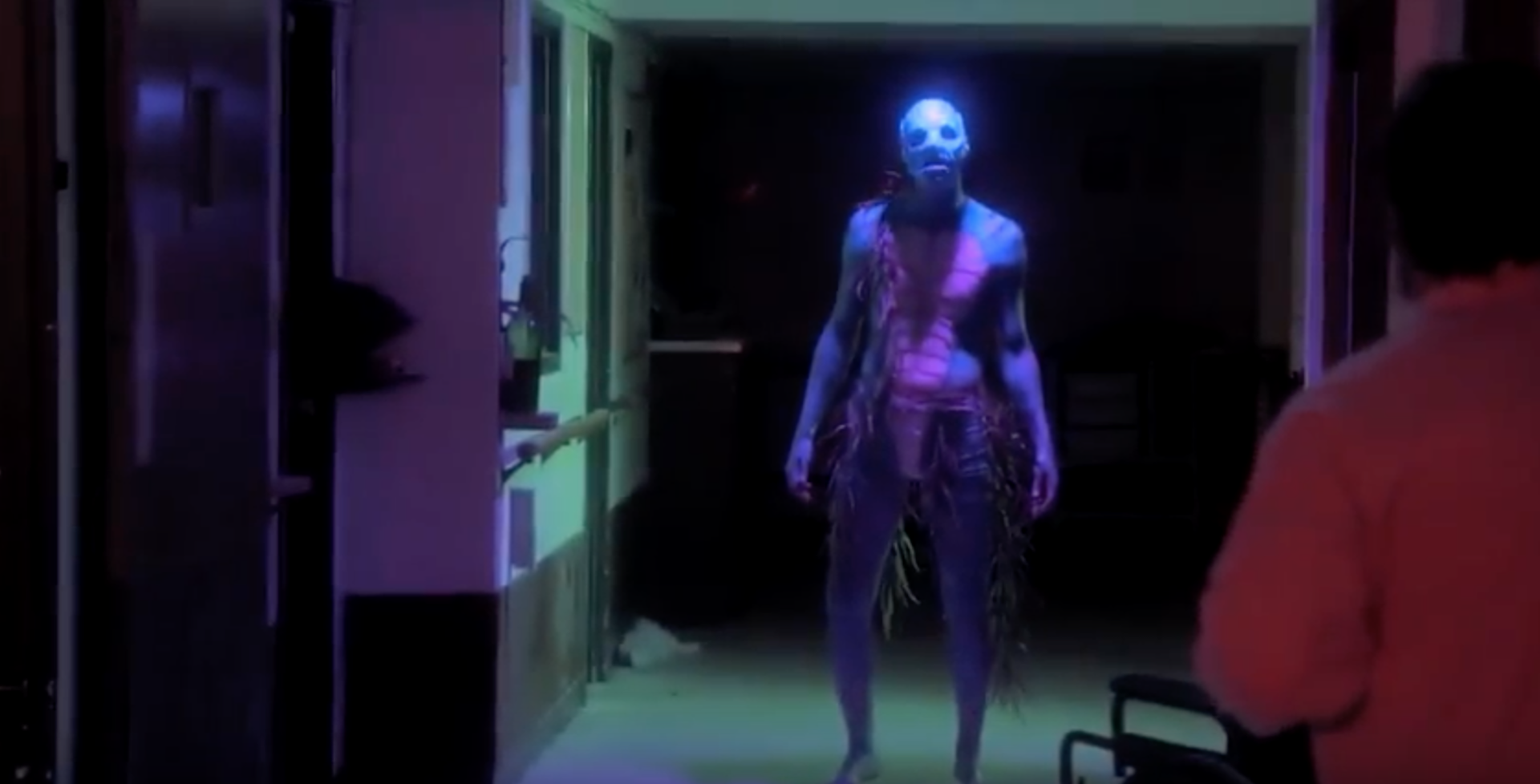 The first real noticeable thing about the movie is that it is weird. Like really, really weird. Throughout the film are former nursing home residents turned into horrific monsters through Grist and Kriegsiel’s experiments on immortality. These aren’t your normal movie monsters, most are just lumps of moving flesh with maybe a tentacle. Others like the dancing Mister Sacks are a oozing mush that is basically sealed in a bunch of garbage bags. With these kinds of monsters, a lot of the film looks dirty, like insanely dirty. The disrepair of the nursing home helps bring out the disgusting nature of the monsters inhabiting it.

The most other noticeable part of the film and actually really cool is the bright colors. Most scenes involve at least one neon color showing up and making the scenes feel vibrant. The climax of the film has great work with color under a black light, giving off crazy neon colors. It makes the visuals pop more and feel like something special to watch. Adding to these visual effects are animated/stop motion segments that are bizarre but fit into the movie so well. 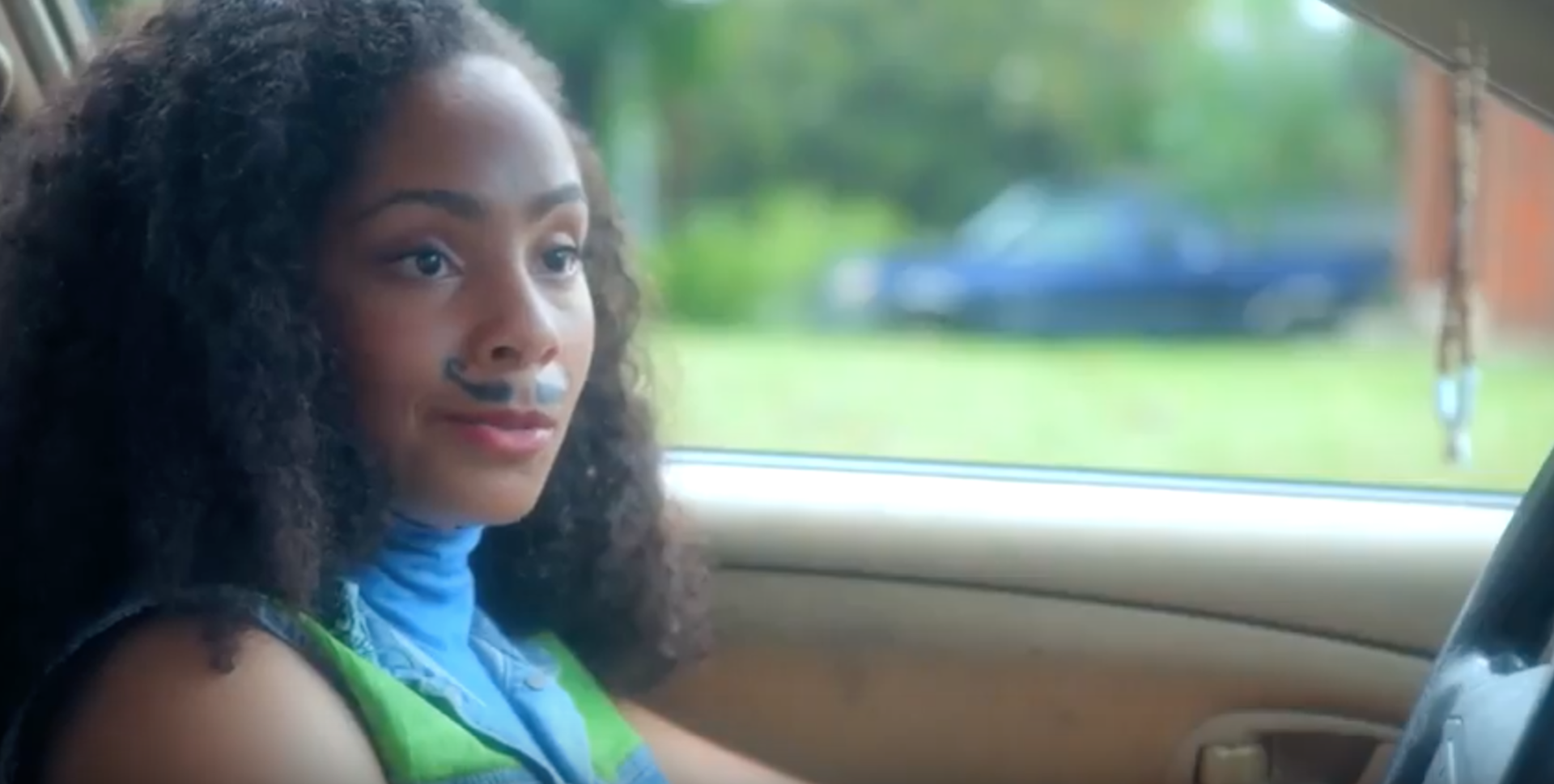 The film also differs from the norm, as many would suspect that Kish and Haircut would be the main focus of the film, but much more time is spent with Doctors Grist and Kriegsiel. A lot of the film is seeing the activities and experiments in the nursing home as they look for immortality. This also leads them into conflict with a Sea-God who wants them to abandon their quest. Kish and Haircut appear sporadically until they finally go to the old nursing home. The overall plot almost feels like it could have been turned into a much more serious horror film. This doesn’t feel like wasted potential, but instead just a slight twist on what could have been another dark horror film. It leaves a lot more questions then it does answers, but with a trippy film like this one must come in expecting to leave without all the answers.

Some Extra Thoughts: The Sea-God is found in an old mop bucket in a closet. The nursing home is extremely gross, like not enough words to describe how gross it is. Oozing garbage man just ruined his fresh new kicks, an actual line from the film. Black light fight is really cool. The art snobs don’t understand this isn’t art but an actual monster. Cleans dishes in dirty water, to much so gross. Starts with a 1970s montage of squid. The end of the film involves a man playing a piano as the room around him is on fire.

The overall audio for the film is fine. The dialogue is crisp and clean with no real issues. The score of the film is solid, with mostly electronic sounds music making up the score. The songs that are in the film are made specifically for the film and fit very nicely. When Haircut and Kish are introduced they have one about Haircut having a pet ghost and it just fits nicely. It does’t break the mold, but fits nicely into the film.

The film is weird which would be a turn off for some people. The visuals are pretty good with lots of bright colors and nice homemade effects. It’s weird moments give it a quirky charm to the overall film. It is an interesting experience.