On some now forgotten day during my childhood, I remember realizing for the first time that horror movies were starting to run out of ideas. The box was for Jack Frost (not the Michael Keaton feature), featuring a comical snowman with fangs eager to consume whoever would dare rent the flick. I laughed, I couldn’t help but hear Burl Ives’ voice coming out of the damn thing’s mouth. I was at the right age to start discovering the delights of a “so bad it’s good” film watching experience, and soon enough the Sci-Fi Channel would begin its relationship with Mystery Science Theater 3000, a show with a tremendous impact on my life. I didn’t rent Jack Frost, the appreciation for ironic viewing hadn’t reared its head yet, but it stuck with me. Since then, I’ve watched more films with ridiculous premises than I could begin to remember, but for my money not many will manage to overcome the outrageousness of Juan Piquer Simón’s Slugs. 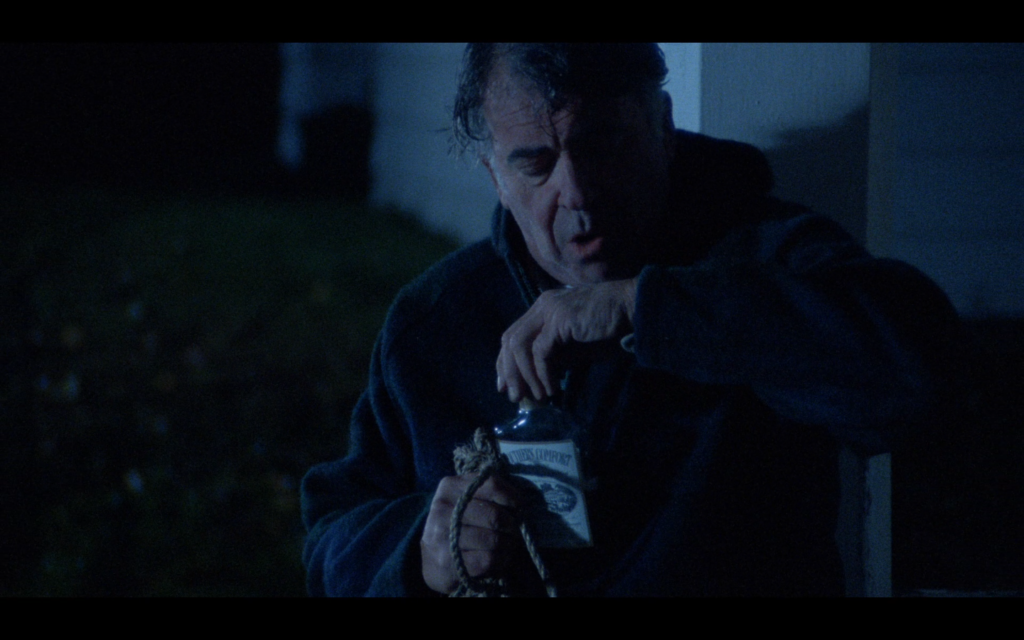 Simón is, these days, best known for his film Pieces, which itself received a lavish Blu-ray release less than a year ago (and we reviewed it here). Pieces, a gory slasher par excellence, features the somewhat comical tagline: “It’s exactly what you think it is.” The same tagline is more than appropriate for Slugs. Unbelievably, Slugs is actually an adaptation from a novel of the same name, written by Shaun Hudson (who still maintains a strikingly serious website). The premise never veers far from the promise of the title: there are slugs, they will kill you, rinse and repeat. In its simplicity, Simón’s film manages to be effective in ways that a convoluted narrative surrounding the idea of killer slugs could never be. Now, Arrow brings Slugs to high definition home video for the first time. Will this release slither into your heart? Let’s take a look. 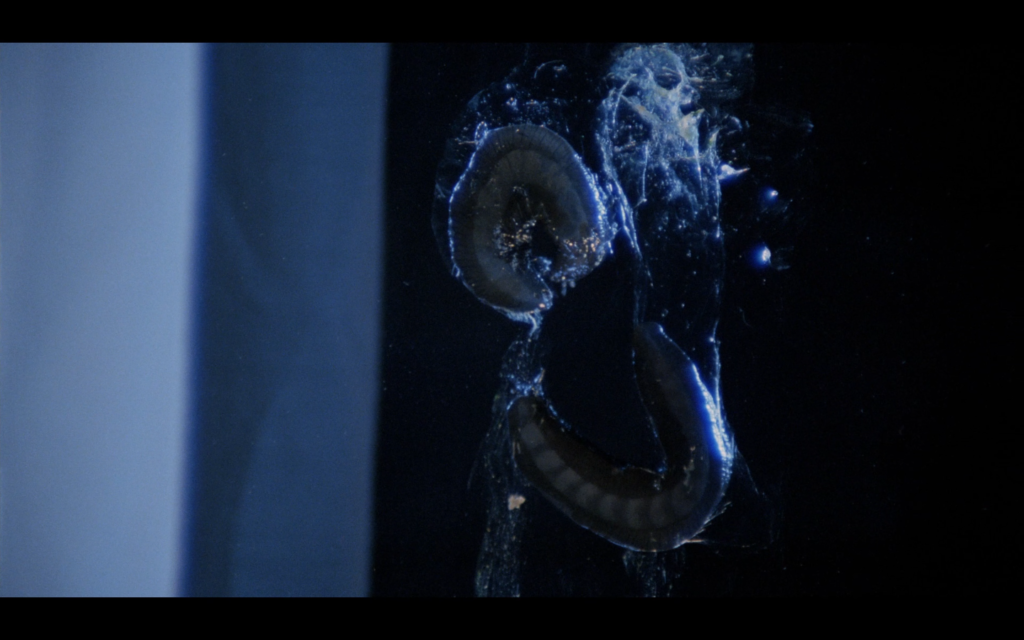 If you’re looking for a plot, look somewhere else. Slugs features one of the simplest plot lines you’ll encounter in any film. Health inspector Mike Grady finds himself battling an infestation of carnivorous slugs that assaults anyone foolish enough to tread on their ever expanding territory. Grady struggles to convince other authorities in town that the recent rash of deaths is the result of something perceived as completely innocuous, but as the body count rises it becomes clear that the town has a slug problem and Grady is the only one who can find a way to stop them. 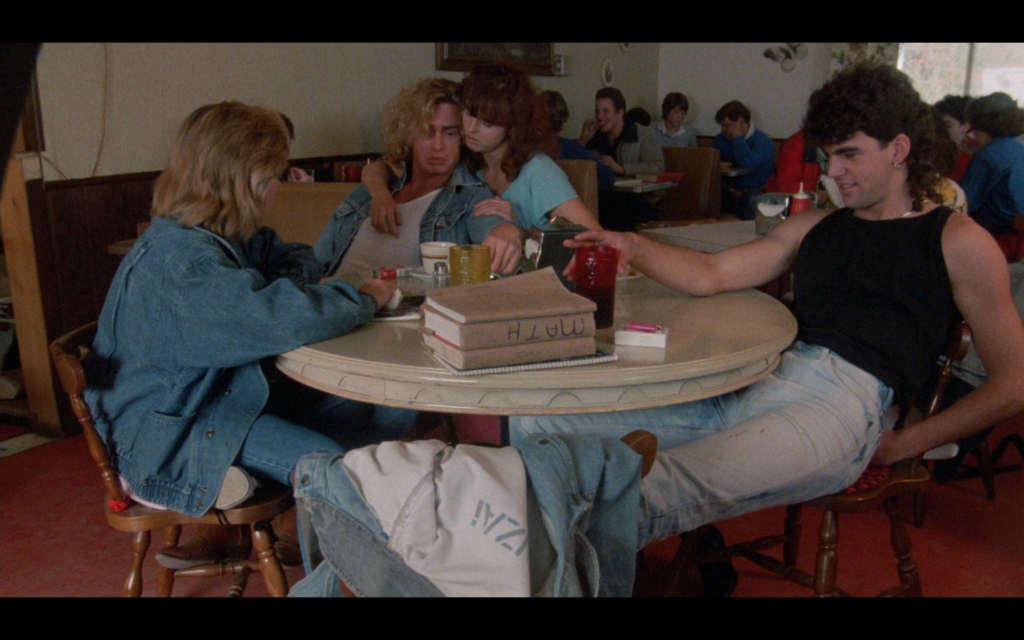 This is schlock of the highest order, folks. Simón is known not only for Pieces, but also for Pod People, a film that was given the business on the gold standard for bad films: Mystery Science Theater 3000. With that pedigree, it should come as little surprise that this film is strikingly light on plot. The acting is fairly wooden as well, but the one place it does manage to shine is in the slug effects themselves.  While typically shot in low light, there are a few generally off-putting shots, particularly of a slug making its way into a head of lettuce. If you’re looking for a rousing piece of cinema, this isn’t it, but if you’re in the mood for a creature feature and plenty of unintended laughs, take a look. 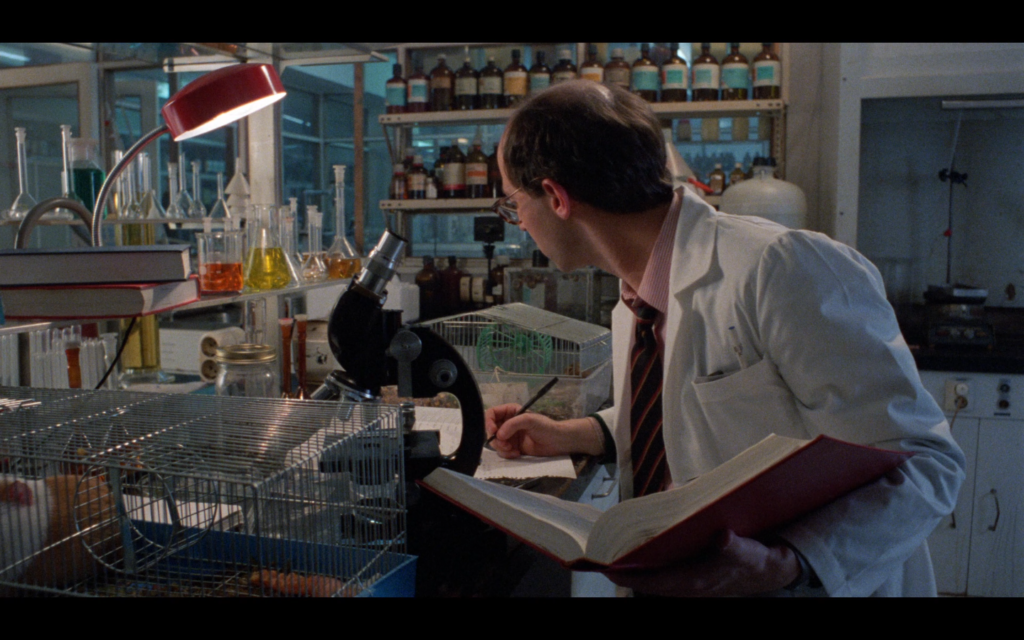 Slugs makes its high definition debut with a remarkably strong presentation from Arrow. A new 2k scan has been produced from the film negative, ensuring that this is the prettiest Slugs has looked since it’s theater premiere. Presented in its original aspect ration of 1.85:1, the color palette leans heavily on cooler motifs with blue being the dominant color in the overall palette. Night time and dark shots are saturated with a deep blue throughout the film, giving those scenes an almost otherworldly hue. While this distinguishes the darker shots, it doesn’t work so well with the subject matter. That being said, minor grain does not intensify during the night time shots, staying consistent across the entire presentation. Some minor loss of detail can be seen in dark shots and wide shots in general, but on a whole the transfer is very impressive considering the film’s less than stellar pedigree. 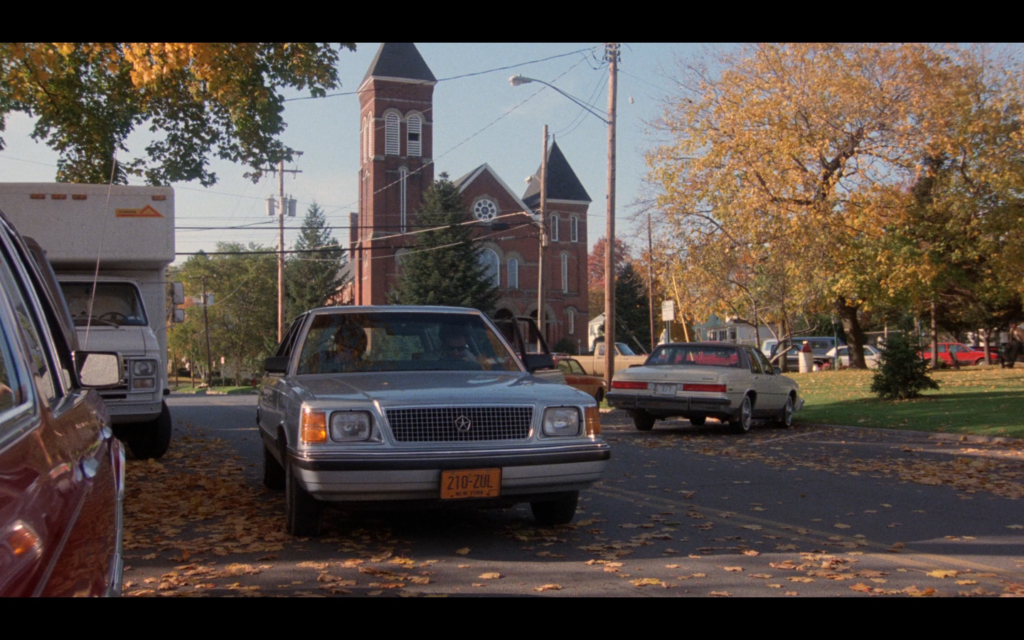 Slugs is presented with a sole Stereo 2.0 track that tends to lean on a more loud, abrasive presentation than other mono tracks. As this film was filmed largely in Italian with the lines recording in English in editing, viewers may notice some minor differences between lips and audio cues, but beyond this minor issue the presentation itself is without any major issues to impact it.  Sound effects and transitions can be especially loud and abrasive compared to the conversations. Arrow clearly focused on getting the visuals up to snuff in lieu of spending too much time on the audio presentation. It’s acceptable considering the material. 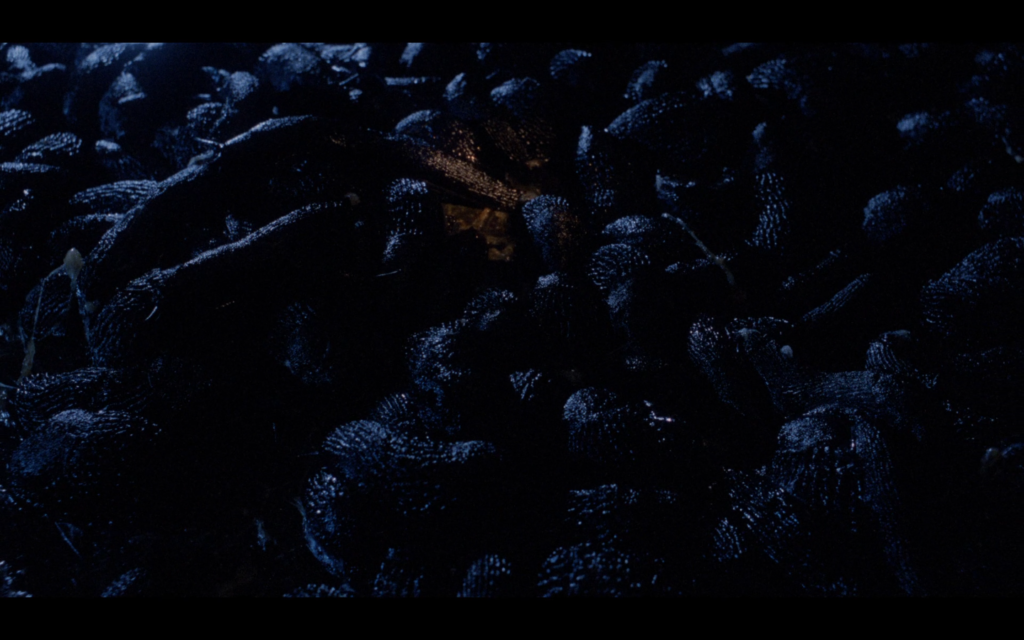 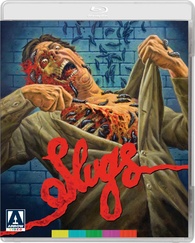 Arrow has packaged this release of Slugs in their standard clear, wide Blu-ray casing. Upon receiving the film, I was absolutely floored by the new cover art by Wes Benscoter. This is, by my measure, one of the finest commissioned covers for a film in the last few years, perfectly capturing the level of visceral terror the film itself never manages to capture. The inverse slipcover features artwork from the film’s original theatrical run, a nice addition for purists. Inside, the single BD-50 disc is packaged with a booklet featuring an essay on the film by Michael Gingold, helping to contextualize the film’s place in the larger oeuvre. Beyond the film, the disc itself features roughly an hour’s worth of featurettes exploring the effects and locations of the film, along with two audio commentaries. From Arrow Video’s database: 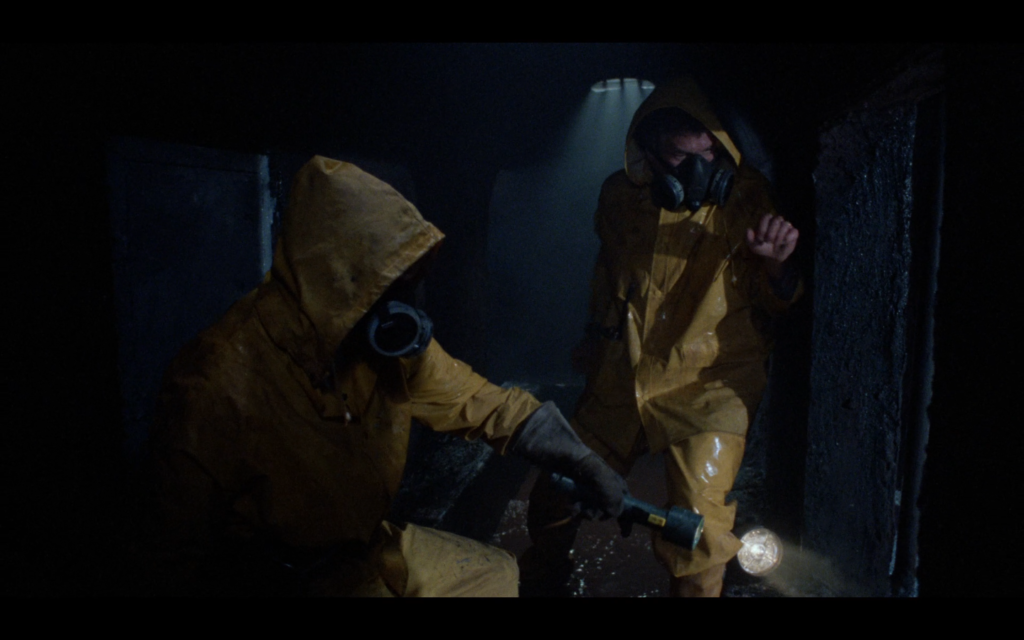 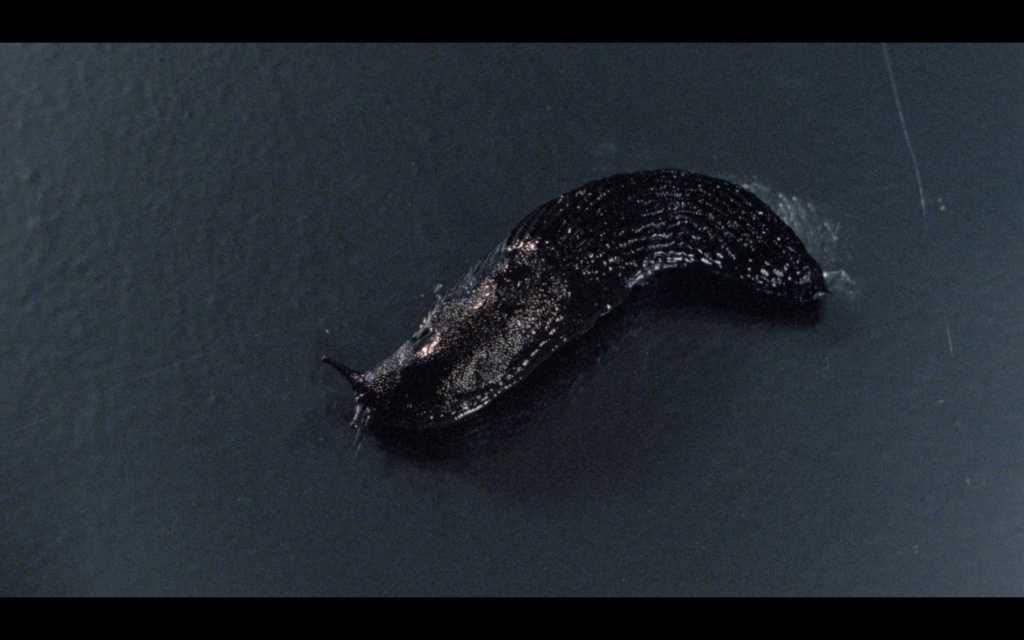 Slugs is an acquired taste. If you’re the moviegoer who likes their jump scares, then Slugs will not be your kind of horror movie. Somewhere between an odd slasher and creature feature, Slugs occupies its own little niche in the world of horror flicks. While the director is better known for other films, Slugs remains one of the prime examples of the gross-out phase of international horror films throughout the 1980’s. Drastically light on plot, the slugs themselves manage to steal the show whenever they’re on screen. Arrow has done a fantastic job cleaning up the picture for this release, the visual presentation is rather striking. Combined with a strong array of bonus features and gorgeous commissioned artwork, Slugs should appeal to anyone who likes a little extra “ick” with their flicks.