Slaughter High is a 1986 American-British independent slasher film that was written and directed by George Dugdale, Mark Ezra, and Peter Litten. Originally given a limited release theatrically in the United States by Vestron Pictures in November 1986. Most of the gore was cut prior to its theatrical release so it could obtain an R rating. For its video premiere, the distributor Vestron Video released both the censored theatrical version and an unrated version that contained the excised violence. It was also released as April Fool’s Day on VHS in Japan, only by Vestron International. To date, Japan is the only country to have a home video release of the film under its original title.

Chronicling a group of adults as they are invited to a reunion at their defunct high school, where a disfigured masked killer awaits revenge. Upon arriving to the reunion, the former students discover that the campus had been closed and is currently awaiting demolition. Ultimately, the decide to break into the school to hang out and drink, where they eventually come across a room containing their old lockers that, to their surprise, are filled to the brim with their old belongings. 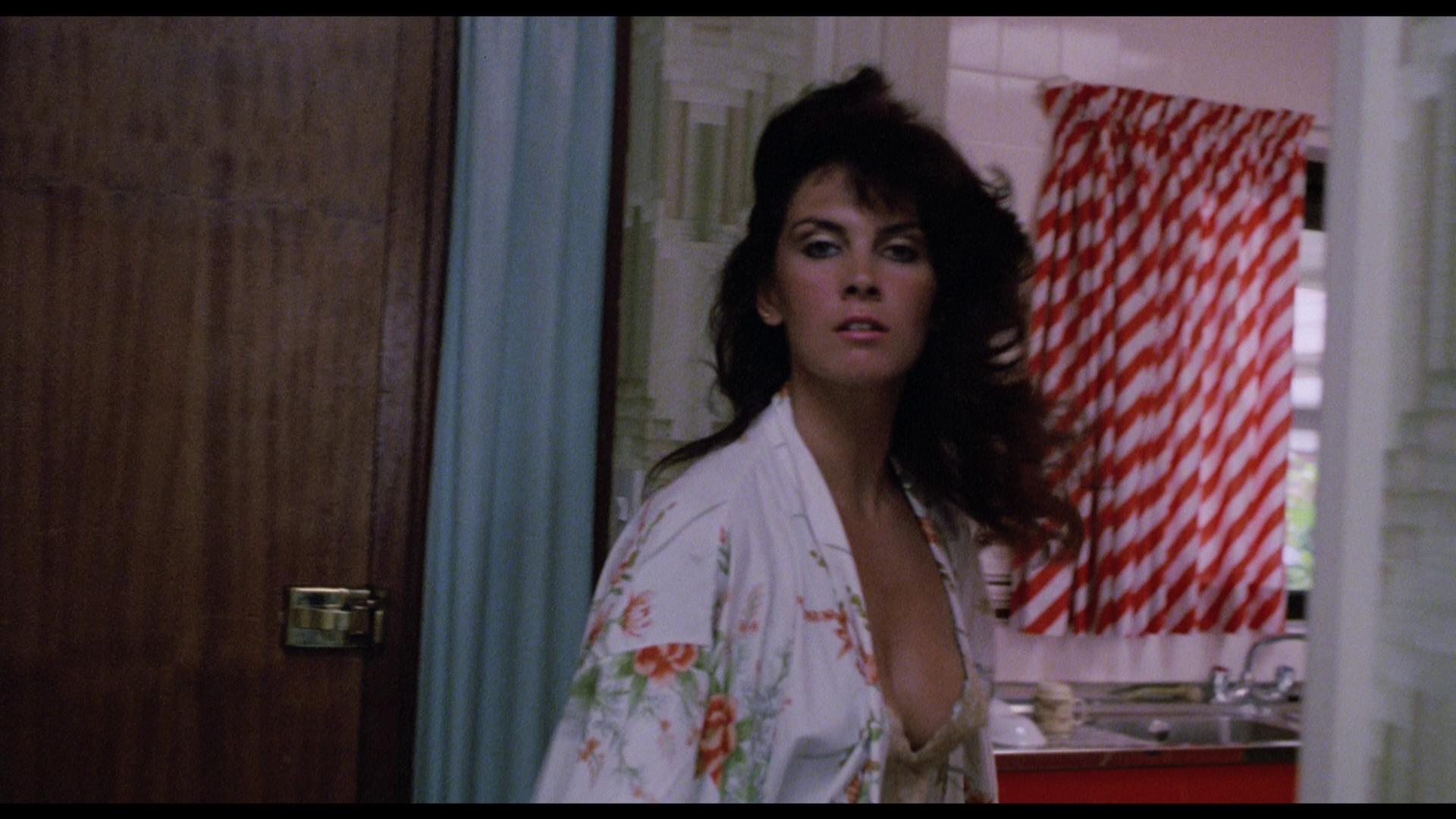 I’m still considered a novice to the gore subgenre, but after reading through the premise of Slaughter High, my interest was definitely piqued.  The story of the film really does a great job at building the foundation to the plot, and the foundation is something that myself and a lot of people that I know can slightly relate to.  Without that backstory, the film would’ve definitely been lost – but that said, as the story progressed it does a fantastic job at conveying the revenge that Marty had sought out to unleash.  Giving audiences some pretty gnarly gore scenes, this movie was a completely new experience that I thoroughly enjoyed.  Now, it should be noted that this release is not of the uncut version that was only made available on VHS in Japan, so there are only a handful of scenes that elaborated upon the slaughter aspect.   But, personally speaking, this was a great introduction into the subgenre for me. 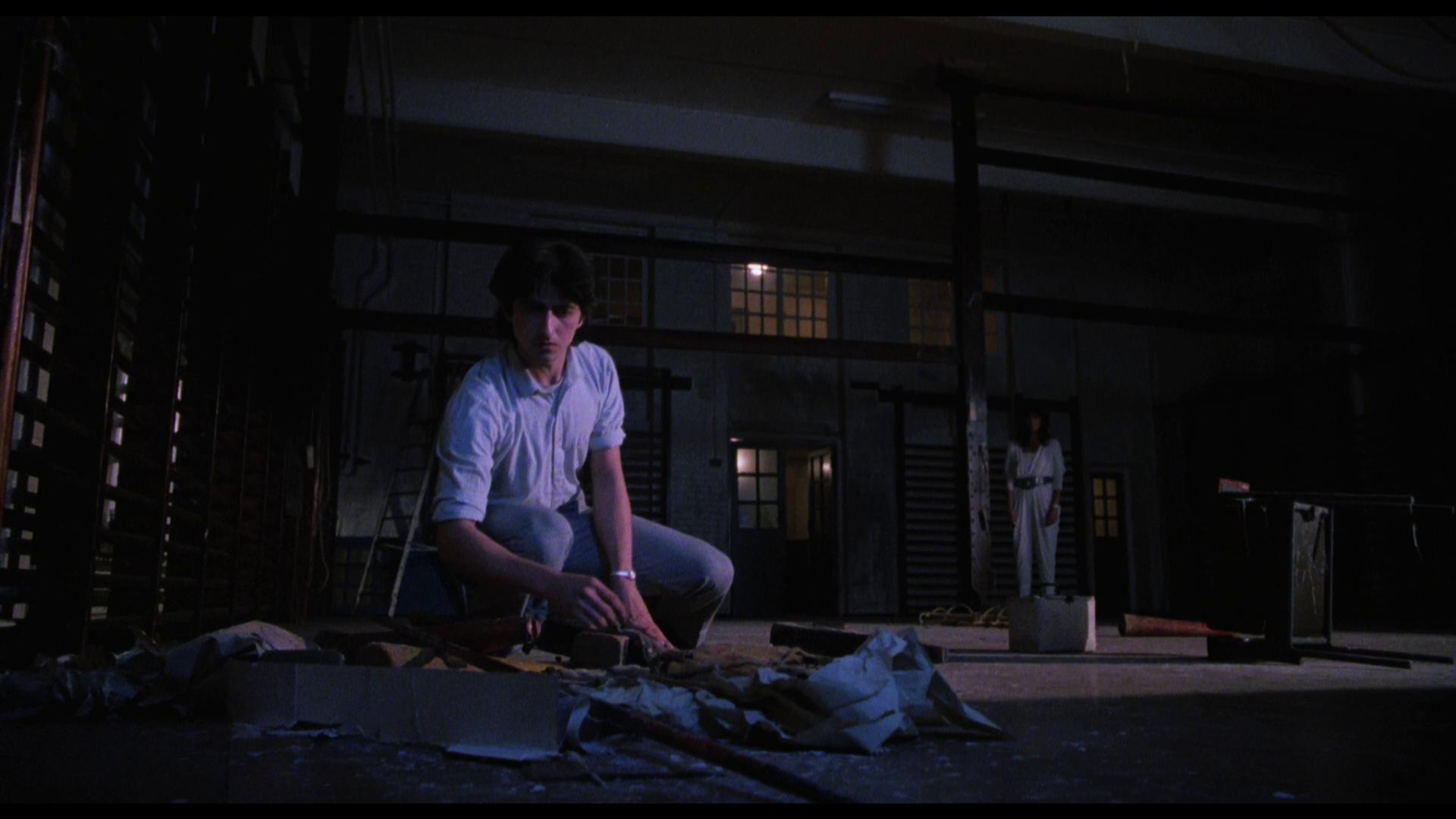 Slaughter High‘s presentation in 1080p was exactly what I would have expected it to be with the Vestron label behind it.  Offering an all new re-mastered presentation, audiences are given an extremely clear look into the horror of what’s happening while providing every effort to maintain the original look and feel of a film from this era.  With the cleaned up video, scenes that take place in a darker setting looked a lot cleaner than I expected them to.  The only personal grievance that I had was during the initial April Fool’s Day prank near the beginning of the film, the excessive amount of white in the picture made the picture look a little too bright and was a little disturbing to the eyes.  This is more of a personal issue with my eyes, but I’ve included a snapshot of this sequence below to it can be used for reference.

Packaged with the original mono audio track, Slaughter High does a fantastic job at offering an original experience with a film from this era.  While everything about the included audio track was clean and I was able to hear and understand everything as the movie progressed, I would’ve loved to have seen this come packaged with a remastered 5.1 audio track at a minimum.  With the included audio track, the overall experience isn’t as immersive as it could’ve been since there was some additional work done to make the release available as is.  But, I feel the multi-channel track should’ve been included in addition to the original track. 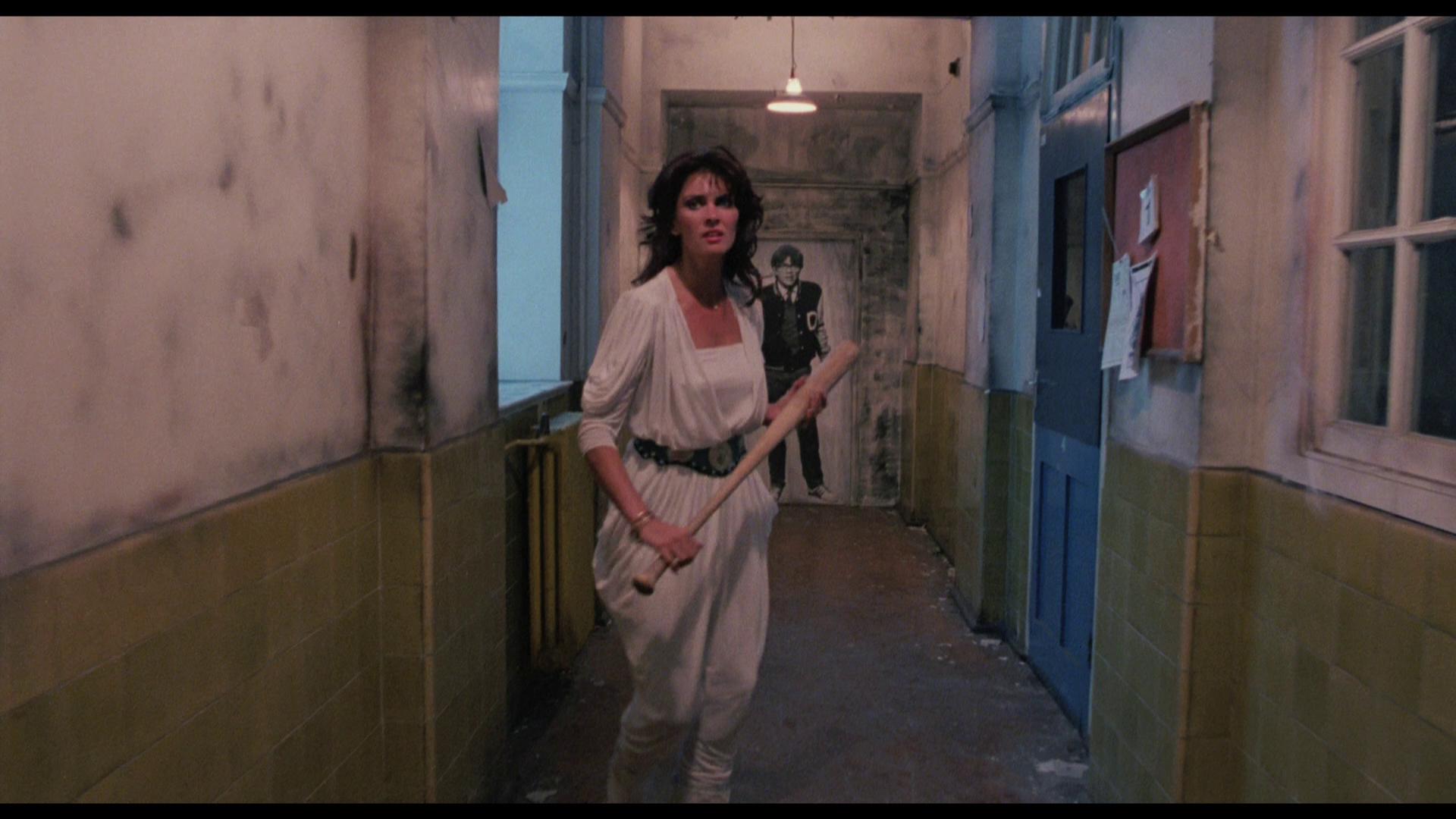 Slaughter High comes packaged in your standard single disc Blu-ray amaray case.  Within that case is the standard Blu-ray copy of the film.  The disc does feature a unique piece of art that differs from the case art.  There is no DVD copy of the film included nor are there any digital copy redemption pamphlets.  A slipcover has been provided during the initial pressing of this release that features the same artwork as the case art. 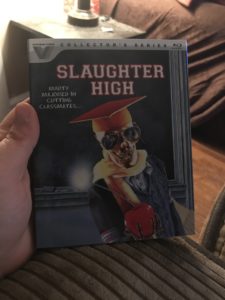 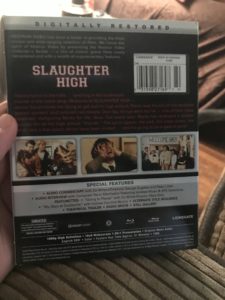 There was a surprising amount of additional features that are included on the Blu-ray release of Slaughter High.  Just enough to explore the film further and gain an appreciation for the film.  Included with this release is: 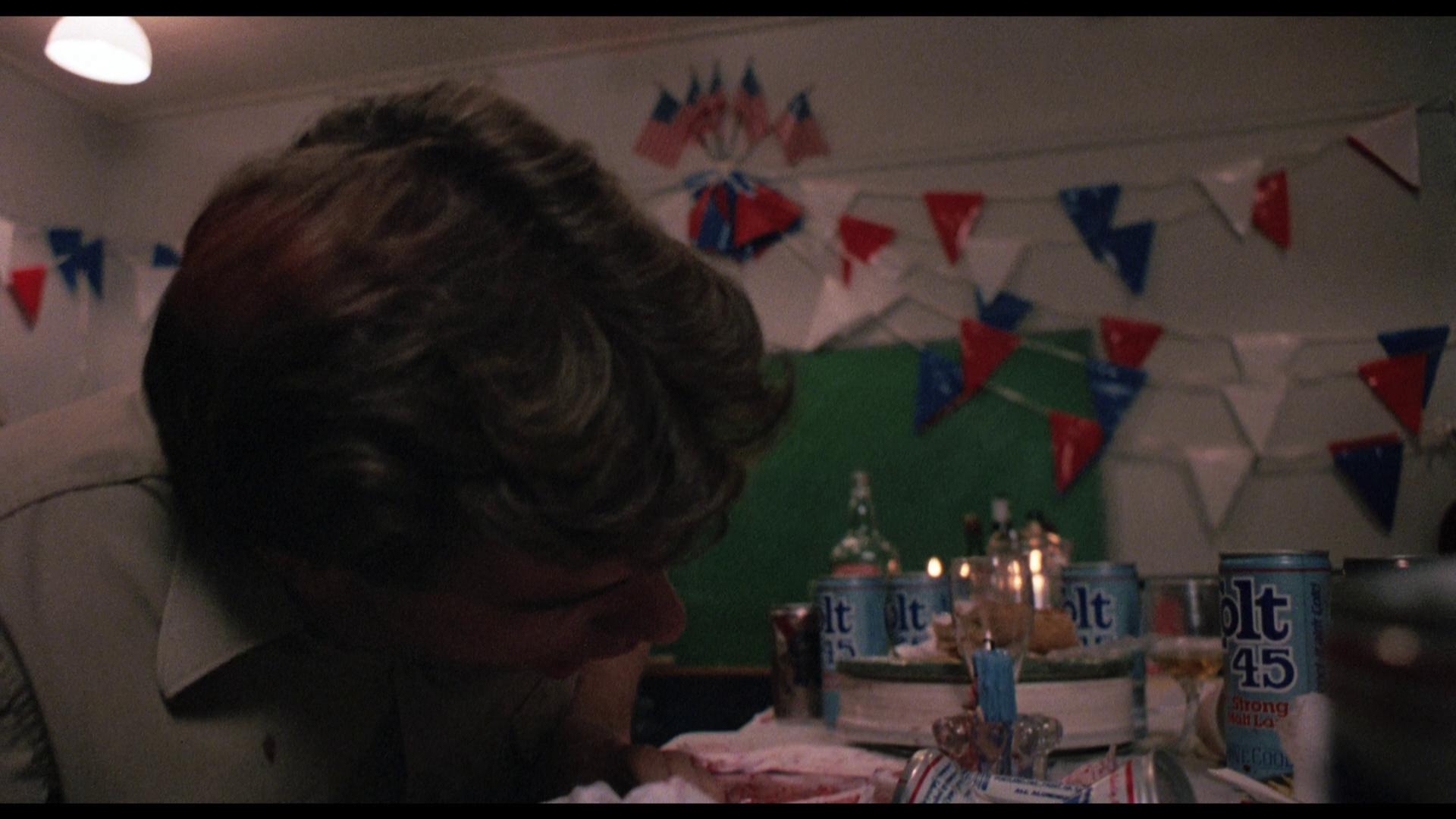 Overall, I was glad to have experienced Slaughter High as I had only seen a handful of titles that fall into this category in the past.  And being still relatively new to the concept, I wasn’t sure of what to expect.  I was given a film that presented a great story that had a solid foundation that was provided and story that was very well maintained throughout.  The overall visual presentation was stellar, as I would’ve expected with Vestron behind this release.  While the audio experience itself was clean and nicely done, I would’ve preferred an optional 5.1 audio track for a more immersive experience.  There’s a lot of additional content that’s been provided that not only explores the film further, but allows those who pick this release up for their collection to have an even further appreciation for this release.  I do wish that the full, uncut version of the film will get a US release as I would like to experience the full film as it originally stood.  Until then, this release does a great job at offering the overall experience that’s intended.  If you’re considering picking this release up for your collection, I would most definitely recommend it.  Slaughter High will be available to pick up on October 31, so preorder it now! 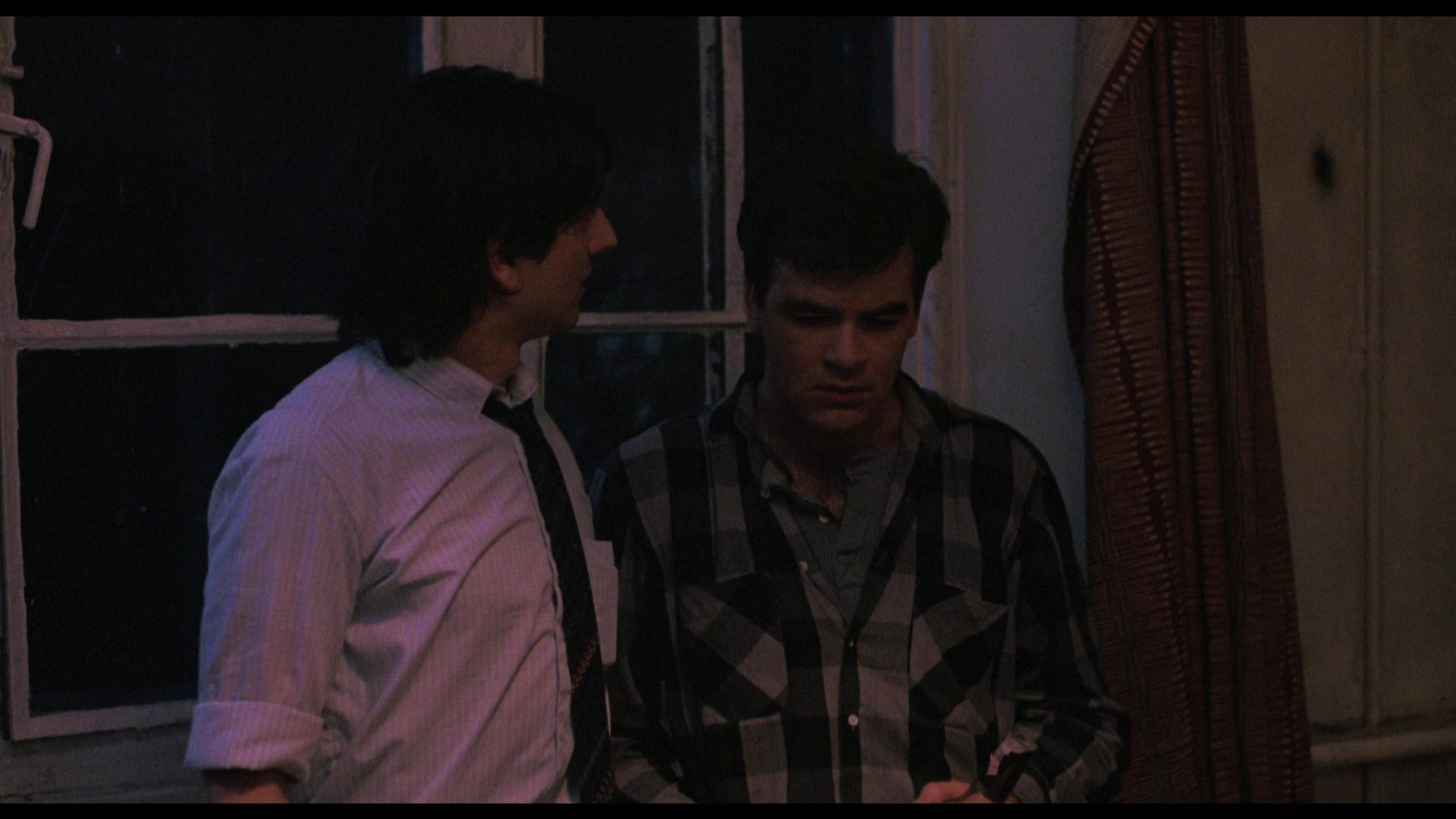