Skyscraper is a 2018 American action film that was written and directed by Rawson Marshall Thurber, and stars Dwayne “The Rock” Johnson, Neve Campbell, Chin Han, Roland Moller, Noah Taylor, Byron Mann, Pablo Schreiber, and Hannah Quinlivan. The story follows a former FBI agent who must rescue his family from a newly built skyscraper, the tallest in toe world, after it is taken over by criminals and set on fire. The first non-comedy of Thurber’s career, it also marks his second collaboration with Johnson, following the 2016 film Central Intelligence.

Filming began in September 2017 in Vancouver, British Columbia, Canada. The film was released in the United States by Universal Pictures on July 13, 2018, in 2D and Real D 3D, and has grossed over $301 million worldwide against its production budget of around $125 million. The film received mixed reviews from film critics, who praised Johnson’s performance and the film’s suspenseful scenes, but criticized the script as cliched and too similar to The Towering Inferno and Die Hard. 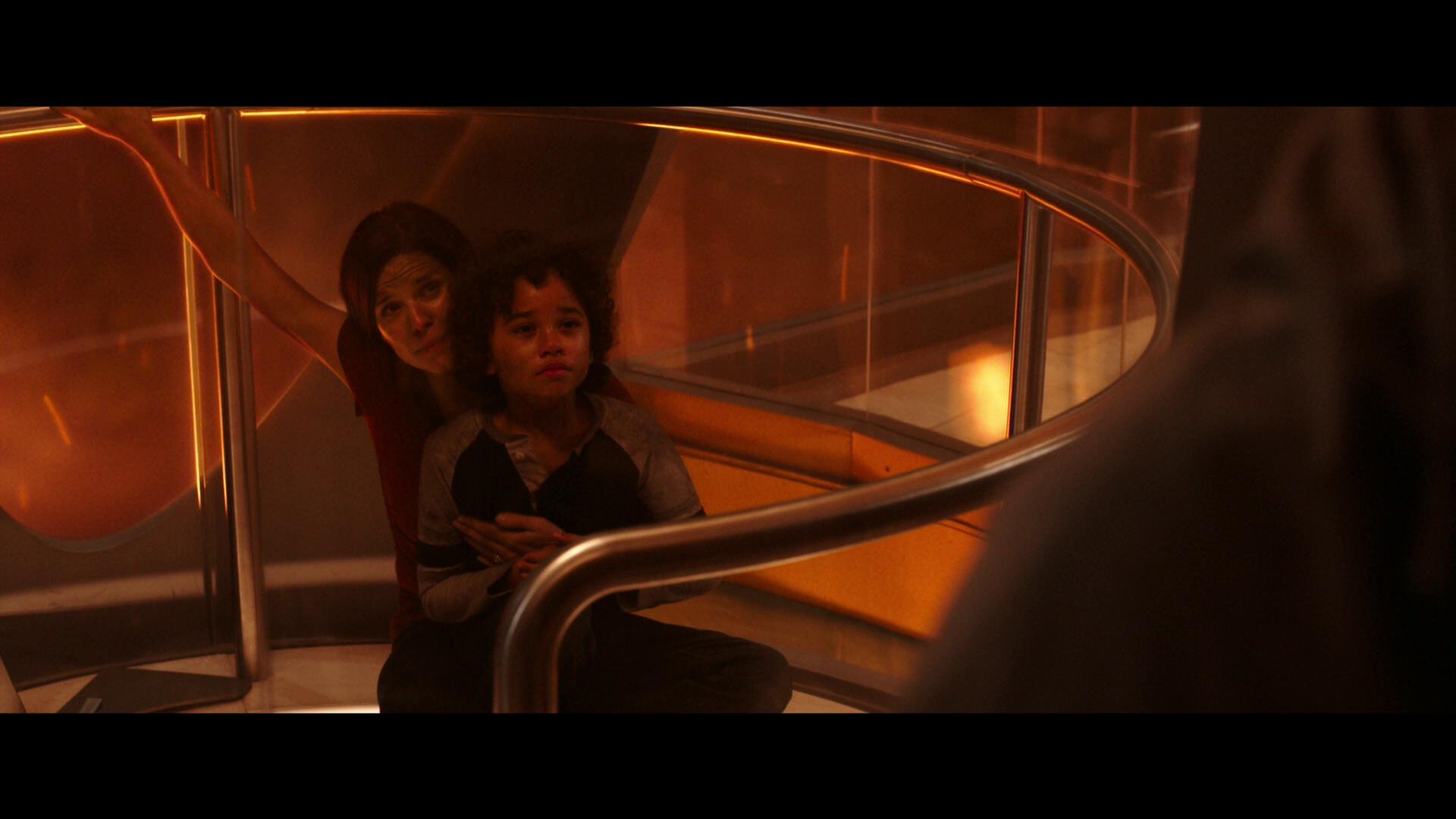 Skyscraper is a movie that, while it feels almost as if we’ve seen similar experiences like this time and time again, was actually pretty decent. The classic re-telling of the family in danger and the family man father figure comes to try to rescue them (ironically Dwayne Johnson in this case). Filled with a decent amount of action, and a solid storyline that is enough to slightly separate this movie from the many others, my wife and I had a good time as we watched through this the other night. 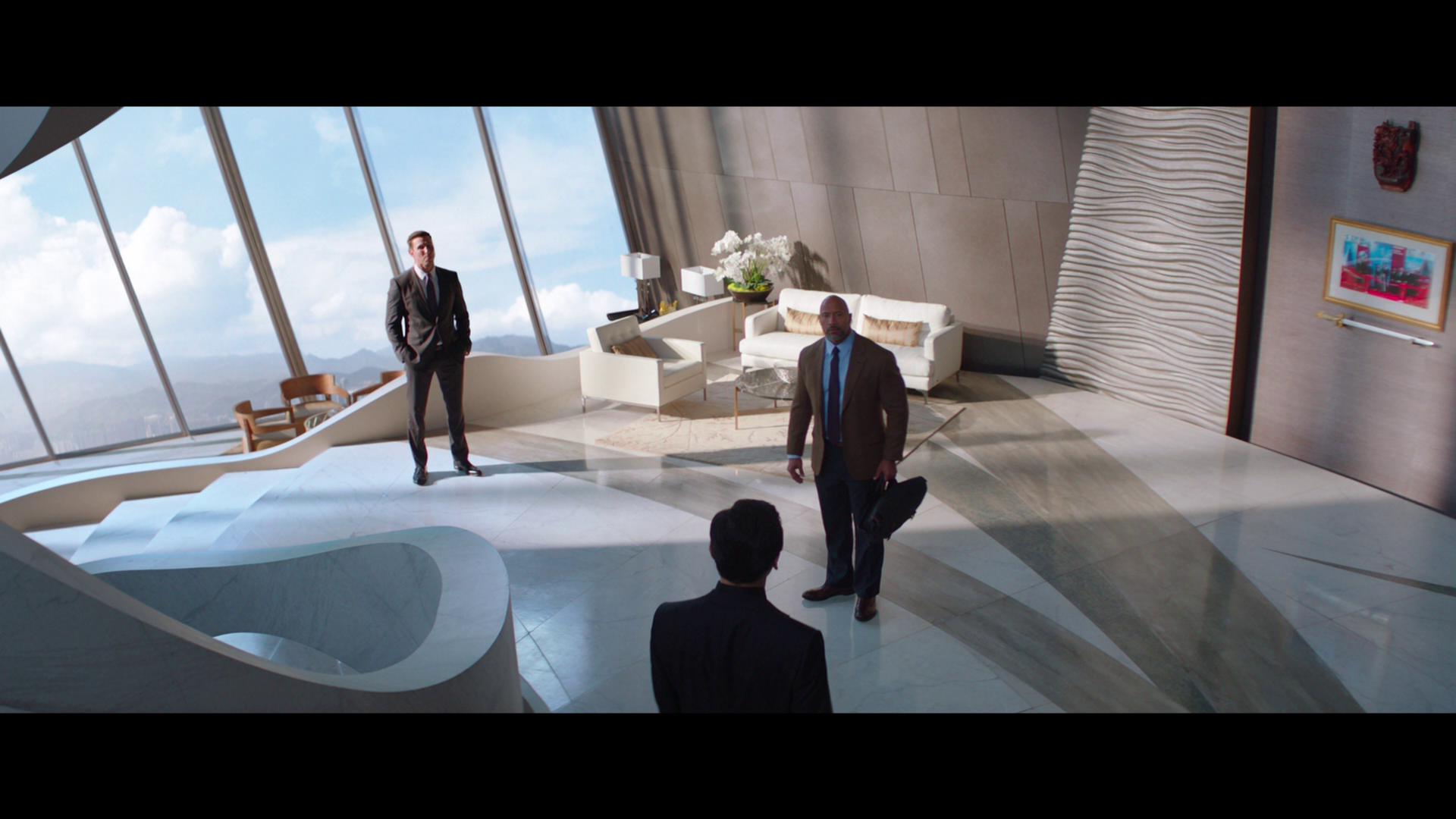 Presented in an upscaled or “fake” 4K presentation, Skyscraper gives its viewers a really clean, and visually stunning experience into this high-tech environment that was built to be not only efficient; but, to be the eighth wonder of the world.  The special effects blend into the natural elements in a nice and smooth fashion that allows for them to feel extremely real; in fact, there’s one scene that overlooks the city from one of the top floors of the building that was enough to create some general anxiety as I watched along.  With its utilization of HDR10, the colorization of the movie really popped on my living room television, giving an experience that felt top notch. 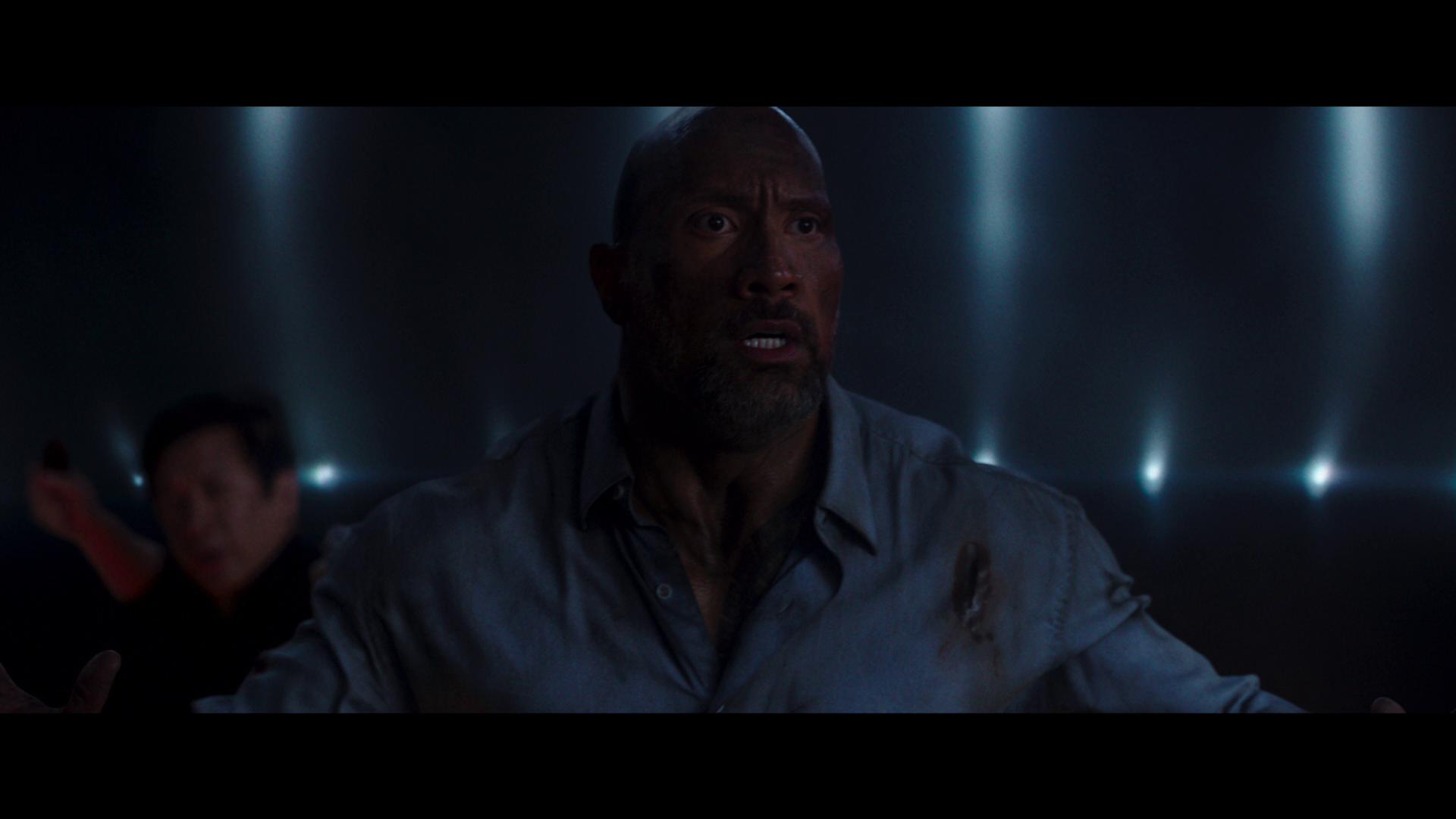 Packaged with a Dolby Atmos audio track, the 4K UHD release of Skyscraper gives its viewers an absolutely all out immersive audio experience, assuming they are setup for Atmos processing.  The various elements to the film really stood out and sounded phenomenal as they played out across my home theater system, allowing for my wife and I to really distinguish the differences between surround and elevation.  The transitions from channel to channel were smooth, indicating a knowledge of the viewers in relation to the screen, and the dialogue is spoken cleanly enough to ensure that the characters could be heard and understood without the need to adjust the volume levels at all. 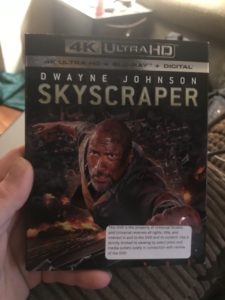 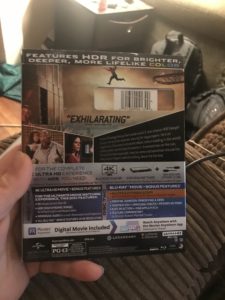 The 4K UHD release of Skyscraper is another 4K release that includes all of the same special features on the UHD disc that originally comes included on the Blu-ray, but in 2160p.  There’s some content that explores the story a little further, and some that explores the backstage look, and I can honestly say I was pretty content with the features that were included.  Included with this release is: 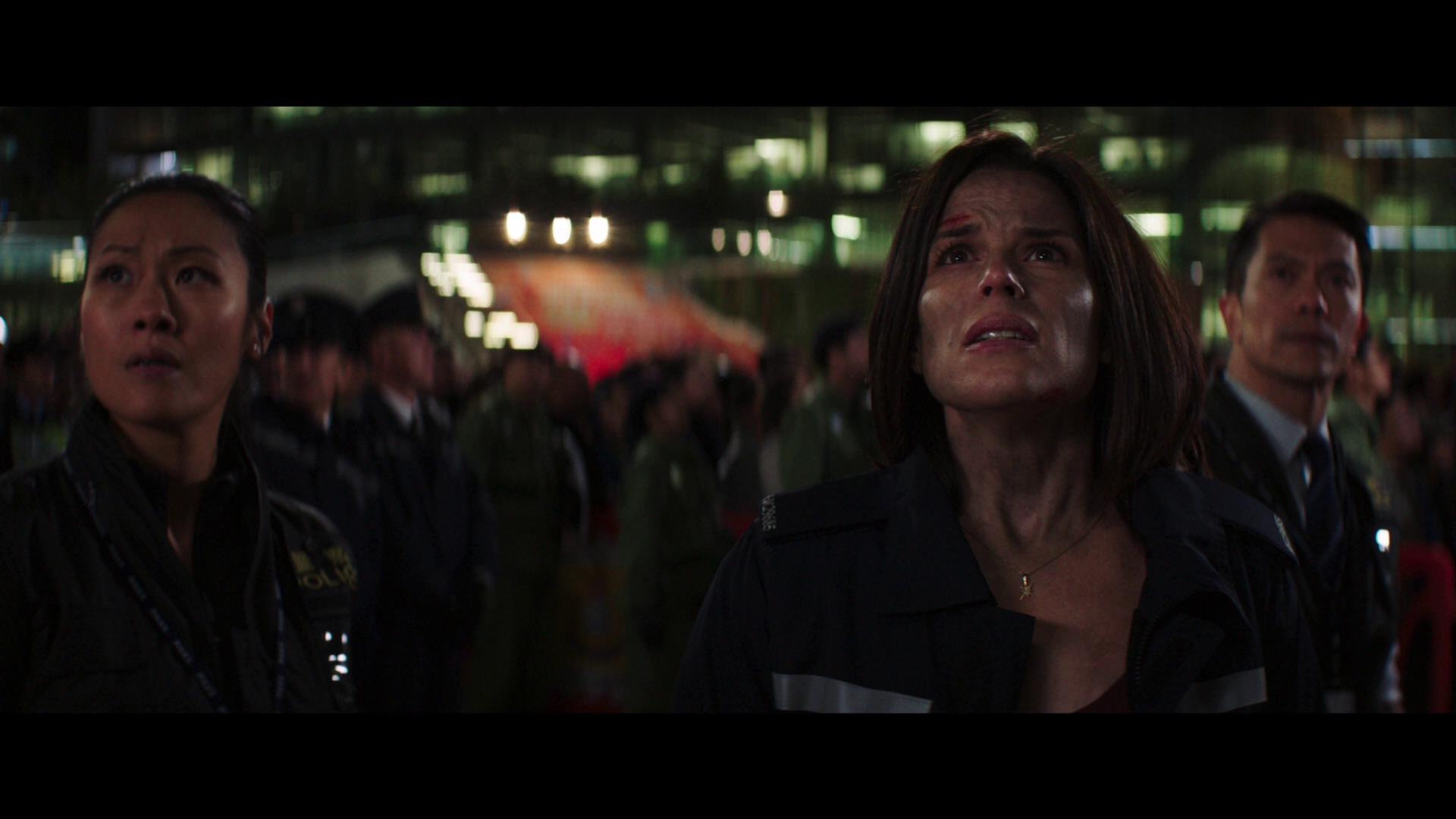 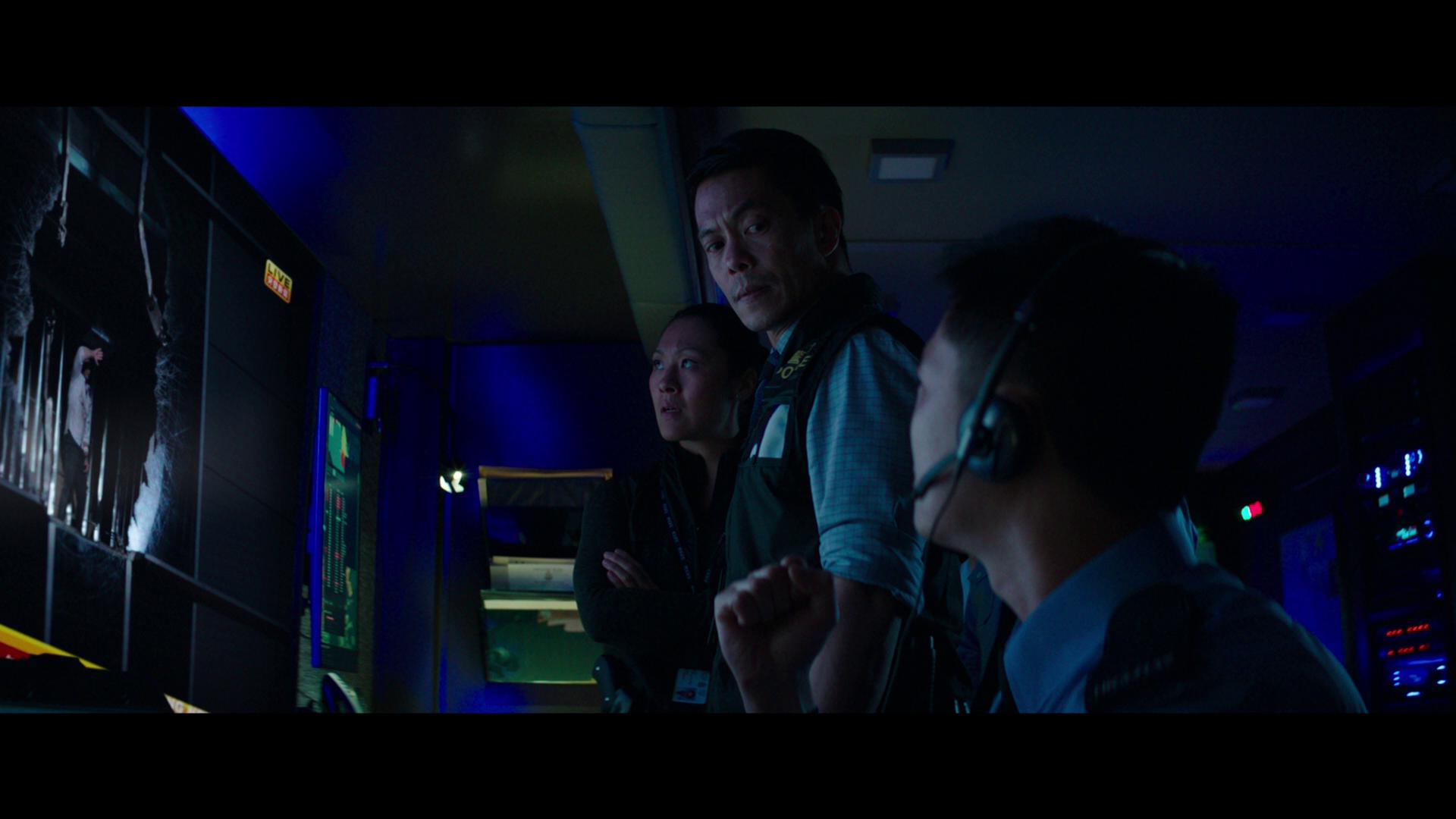 Overall, I was genuinely surprised with Skyscraper.  Going into this movie, it felt as if I were going into a movie similar to that of the 1974 classic The Towering Inferno.  However, while it felt very similar, there was enough to really let this movie stand out and be something completely different from that.  The visual and audio experience of the 4K UHD release were exceptional, and really offered a stunning experience that I certainly won’t forget.  The special features, included on both the Blu-ray and UHD disc were enough to satisfy my curiosity in some elements of the storyline, as well as some of the behind the scenes work.  If you’re considering this release for your collection, I’d definitely recommend picking it up on 4K.  Skyscraper will be available on 4K UHD, 3D Blu-ray, Blu-ray and DVD beginning on Tuesday October 9. 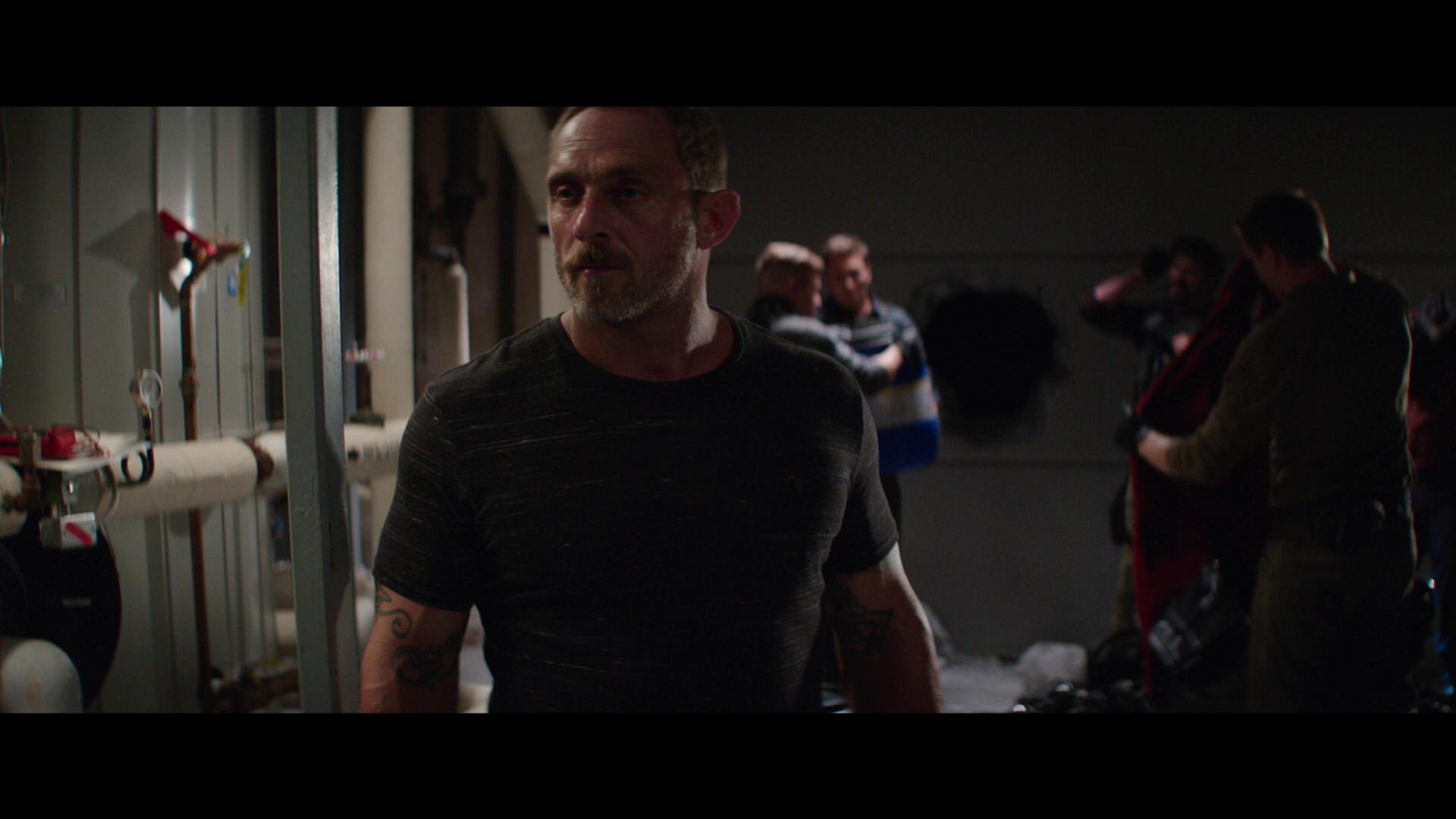