Sing is a 2016 American 3D computer-animated musical comedy film that was produced by Illumination Entertainment and was written and directed by Garth Jennings; and co-directed by Christophe Lourdelet. The film features the voices of Matthew McConaughey, Reese Witherspoon, Seth MacFarlane, Scarlett Johansson, John C. Reilly, Taron Egerton and Tori Kelly and tells us the story of a group of animals that enter into a singing competition that’s hosted by a local koala who’s primary goal is to save his theater.

The film features more than 60 classic songs from famous artists as well as an original song that was by Stevie Wonder and Ariana Grande called “Faith.” Making its US theatrical debut on December 21, 2016, it generally received mixed to positive reviews from critics. As of March 13, 2017, Sing had grossed $578.3 million worldwide against its $75 million production budget. In the US, it opened alongside Passengers and Assassin’s Creed, and was expected to gross $70 million from the 4,022 theaters that played it over its first six days of release. The film made $1.7 million during its Tuesday previews and went on to bring in $35.3 million during opening weekend (for a final six-day total of $75.5 million) and finishing second at the box office behind Rogue One: A Star Wars Story, which was in its second week. This film holds the record for being the highest-grossing film to never finish first at the North American box office, beating My Big Fat Greek Wedding which brought in $241.4 million in 2002. 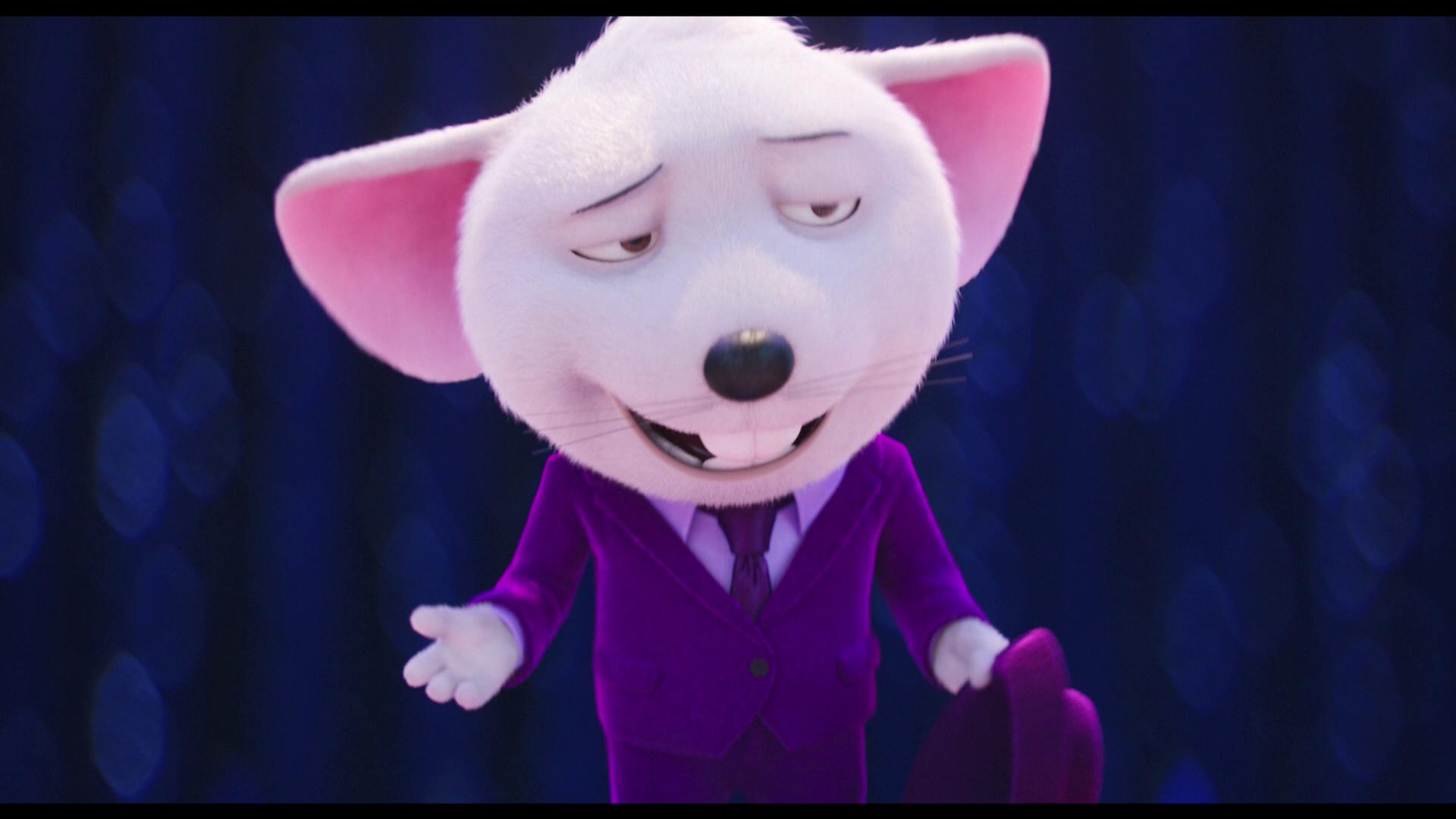 When going into Sing, I wasn’t quite sure what to expect.  I mean, from watching the promotional trailers, they definitely focused on the funnier parts of the film as those specific segments were more relatable to audiences due to the choice of songs.  As my wife and I sat down to watch this movie last night, we found ourself watching an enjoyable family film.  This film is definitely more geared towards those audiences that are more family-centric; and with that taken into consideration, it didn’t deter from the experience and story that is presented at all.  Sing has everything you could want from a family-oriented film; hilarity, frustration, the sudden realization of the difference between right and wrong; my wife and I really liked this movie. 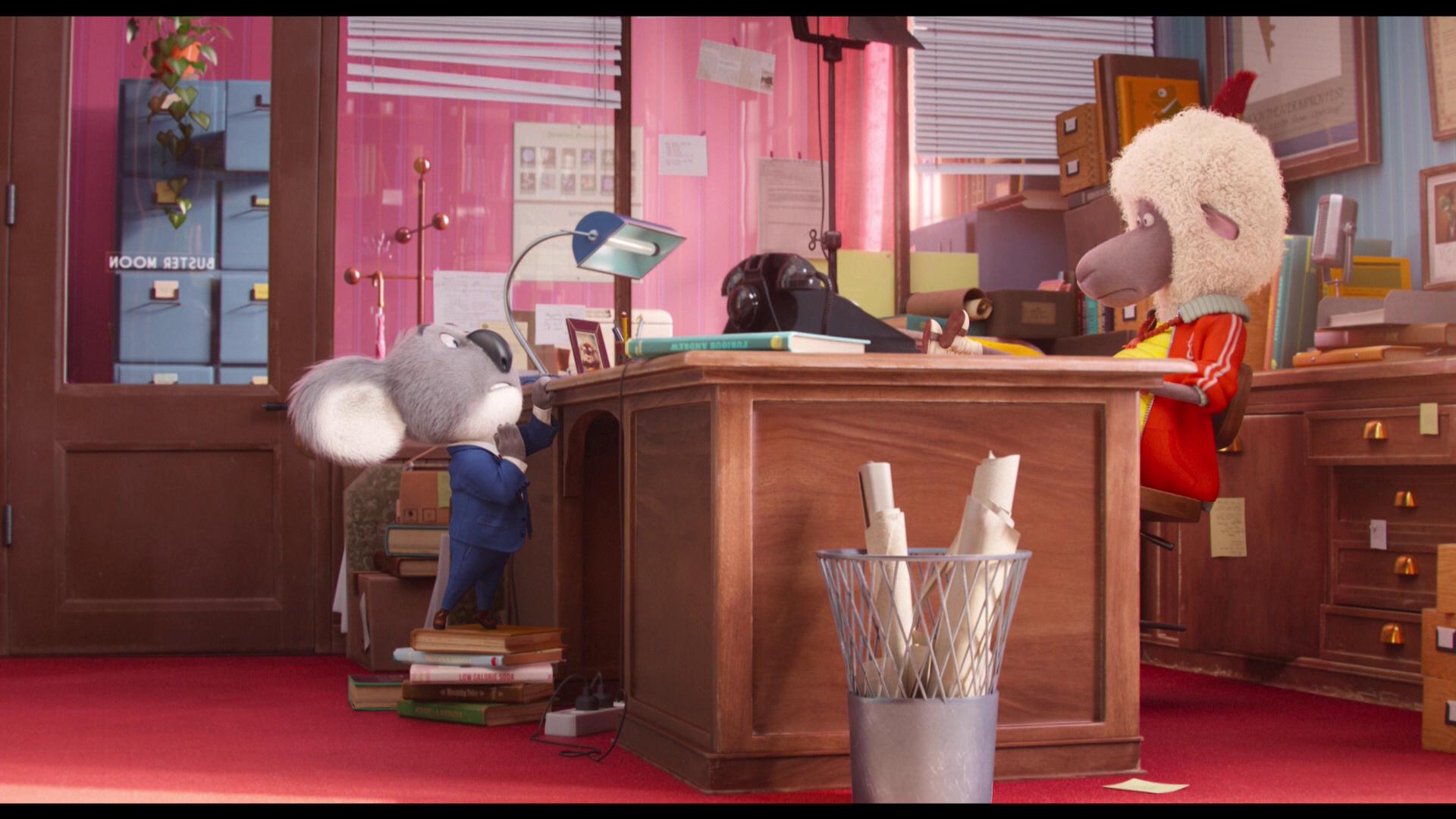 In watching Sing, we are presented with an extremely crisp and clear picture presentation that features a vast, vivid color palette.  Now, don’t let that first sentence be a pro-UHD sentiment as the film is rendered in 2K; however it features the use of HDR throughout and offers a beautiful boost of colors and definition.  Everything about this release was, for lack of a better term, stunning and my wife and I’s jaws were literally on the floor at the beauty as the film moved onward. 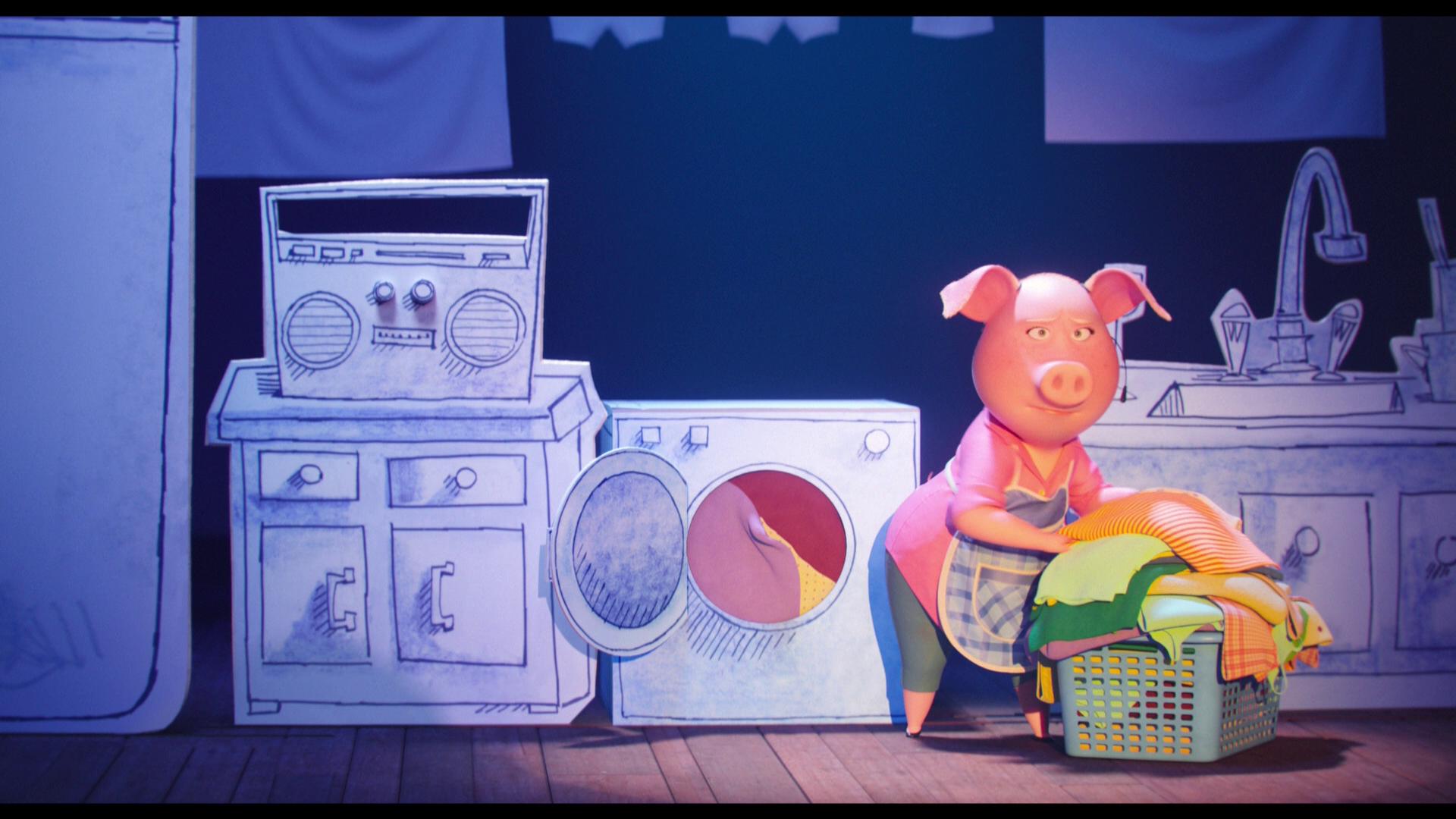 As my wife and I sat down to watch Sing, I was questioning the use of Dolby Atmos in this films release.  I mean, the film itself isn’t very action-esque, nor would it need the inclusion of elevated audio as it was one large talent show.  However, as my wife and I were watching it, I paid close attention to the elevation speakers to try and catch a glimpse of what elements would be coming through them and you could definitely tell they were making use of a lot of the scenic elements.  The overall audio quality of the film was crystal clear; there was absolutely no distortion whatsoever and we were able to watch and appreciate this film without having to manually adjust the volume levels at all. 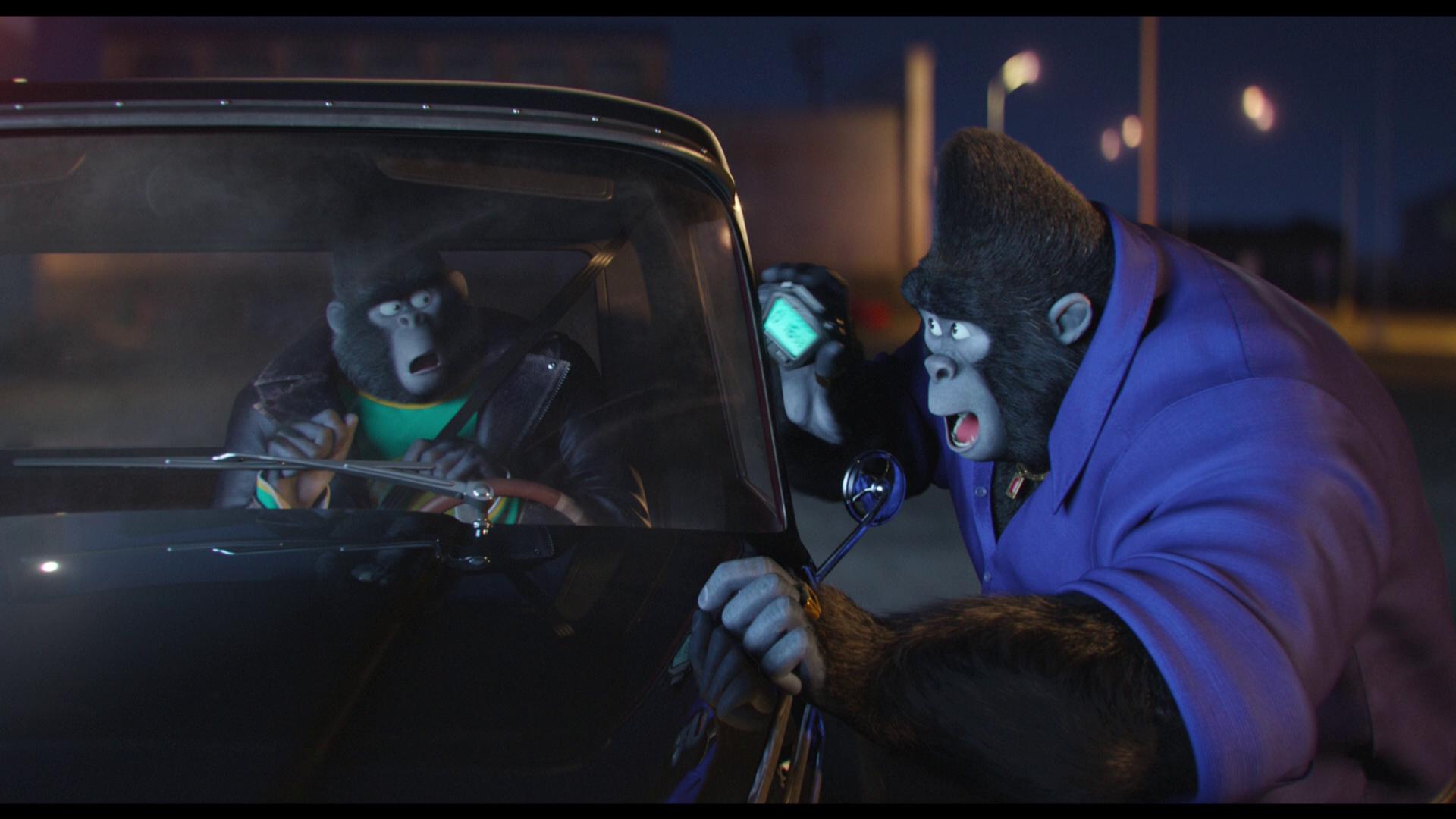 Sing comes packaged in your standard 4K UHD amaray case.  Contained within that case is the standard 4K UHD Blu-ray disc, as well as the standard Blu-ray copy of the film.  There is also a digital copy redemption pamphlet that allows consumers to add the film to their digital libraries.  The discs for the film are pretty standard and aren’t anything special as they do not contain any artwork related to the film.  There is also a slipcover that’s been made available in the initial pressing of this movie. 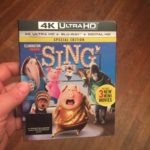 Sing is what I would consider to be a rare 4K UHD release as it does include some additional content that’s on the UHD disc; much unlike several of the earlier releases on the format.  Included on the UHD disc are three mini-movies: 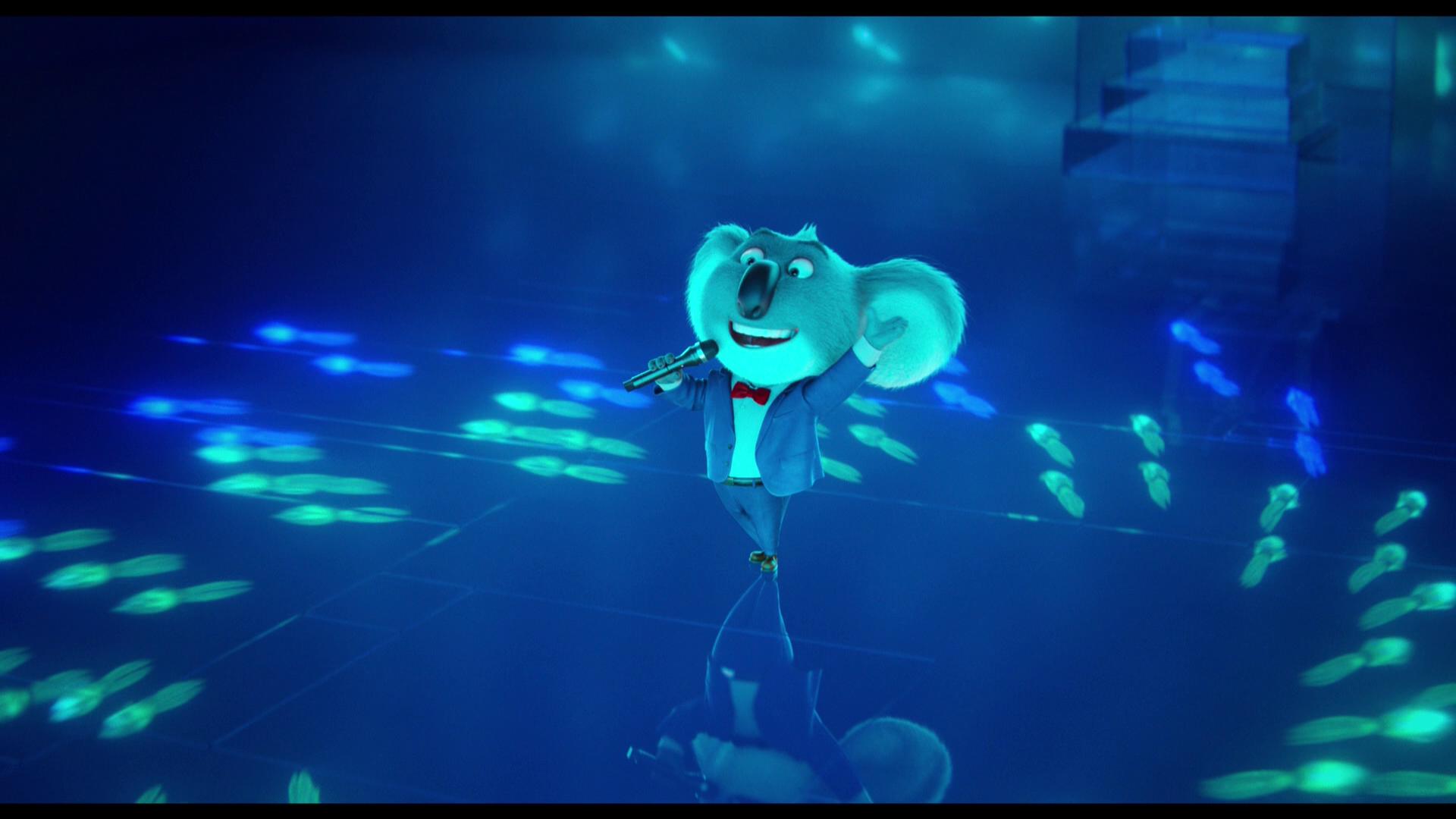 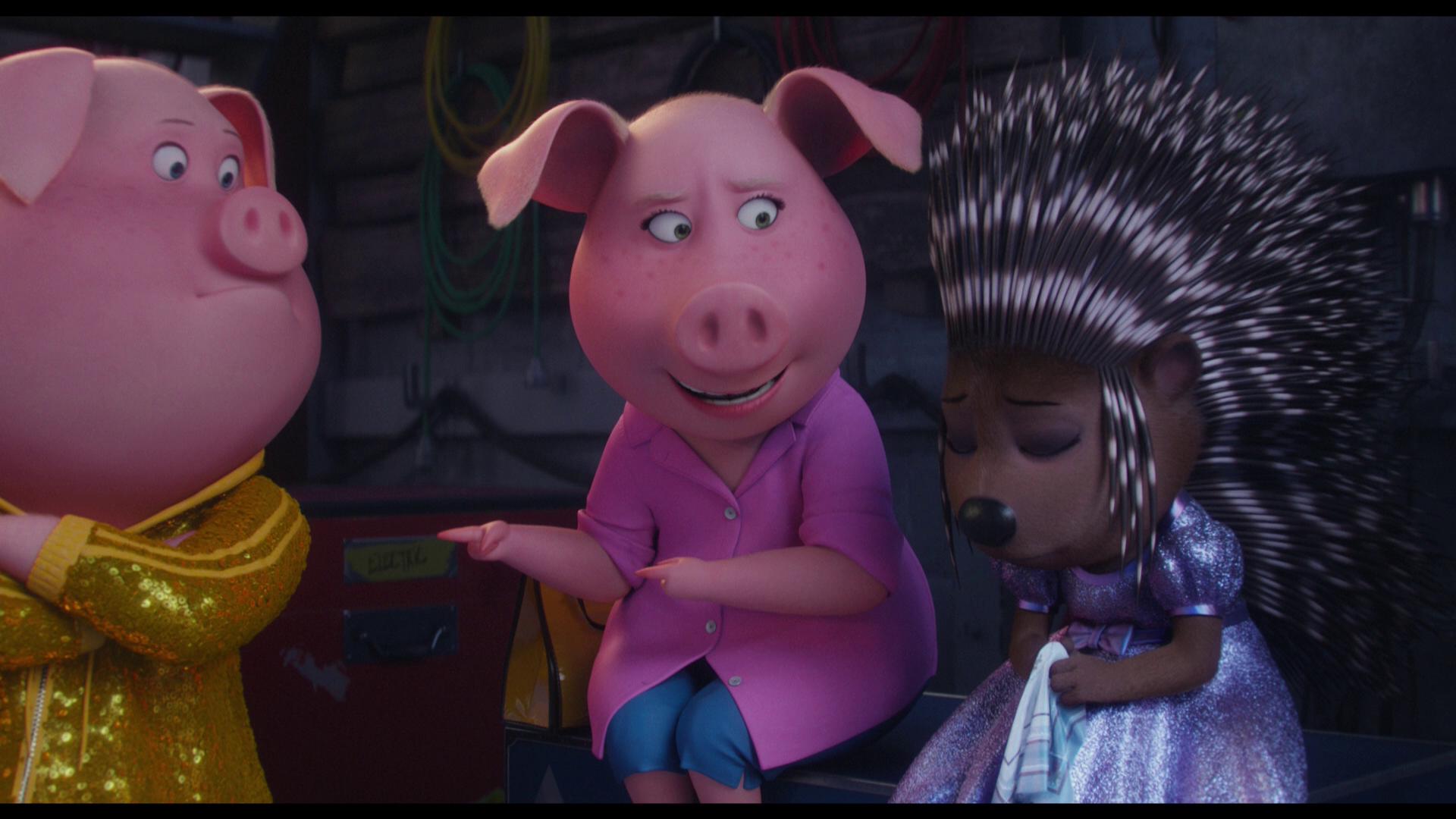 Overall, I was pleasantly surprised with Sing.  It was comical to watch, presented a wholesome family experience and managed to include a lot of music that is popular in todays society.  Only one small complaint about the film was that it felt as if it were dragged out longer than it should have been.  Outside of that, it was all very well done and very well maintained all throughout.  The picture presentation was absolutely beautiful and robust and included a beautifully done Dolby Atmos audio track.  there’s a decent amount of bonus content that’s been made available to consumers; so if you’re into family animated features like this, I’d highly recommend picking up Sing.  However, it should be noted that I would only personally recommend the 4K UHD release if you’re fully setup to support 4K with the use of HDR.  If you aren’t or you aren’t really planning to do so, I’d definitely recommend grabbing the Standard Blu-ray release of this film.  Sing becomes available to the public next Tuesday, March 21, 2017.