Silent Night, Deadly Night Part 2 is a 1987 black comedy slasher film that was edited, written, and directed by Lee Harry, and co-written by Joseph E. Earle. It is a sequel to the 1984 film, Silent Night, Deadly Night, and was followed by Silent Night, Deadly Night 3: Better Watch Out! in 1989. Its plot focuses on Ricky Caldwell, the brother of Billy Chapman, and his own trauma regarding his parent’s Christmas Eve murders, which triggers his own killing spree. The film relies heavily on flashbacks, utilizing approximately 25 minutes of archival footage from the original film.

The film was heavily criticized due to the excessive use of footage from the original move. However, the film does have an audience with the slasher and horror fans, and has gained a cult following as a black comedy, due to Freeman’s performance. On Rotten Tomatoes, the film has an overall approval approval rating of 0% based on the 5 reviews that have been submitted, with an average score of 3.1/10. The site has not given the movie a critical consensus.

During Ricky’s suburban shooting rampage, he kills a neighbor that is taking out the trash cans, yelling “Garbage day!” before firing on the person whilst then proceeding to laugh erratically. The scene has become somewhat of an internet meme due to the seemingly non-sequitur nature of the scene as well as the comedic cheesiness of the line’s delivery. Ricky’s murder of a mobster by stabbing him with an umbrella, then unfurling it with the victim hoisted against the wall, has also become a popular horror movie death, and was the inspiration for the horror reference book, Death by Umbrella! The 100 Weirdest Horror Movie Weapons. 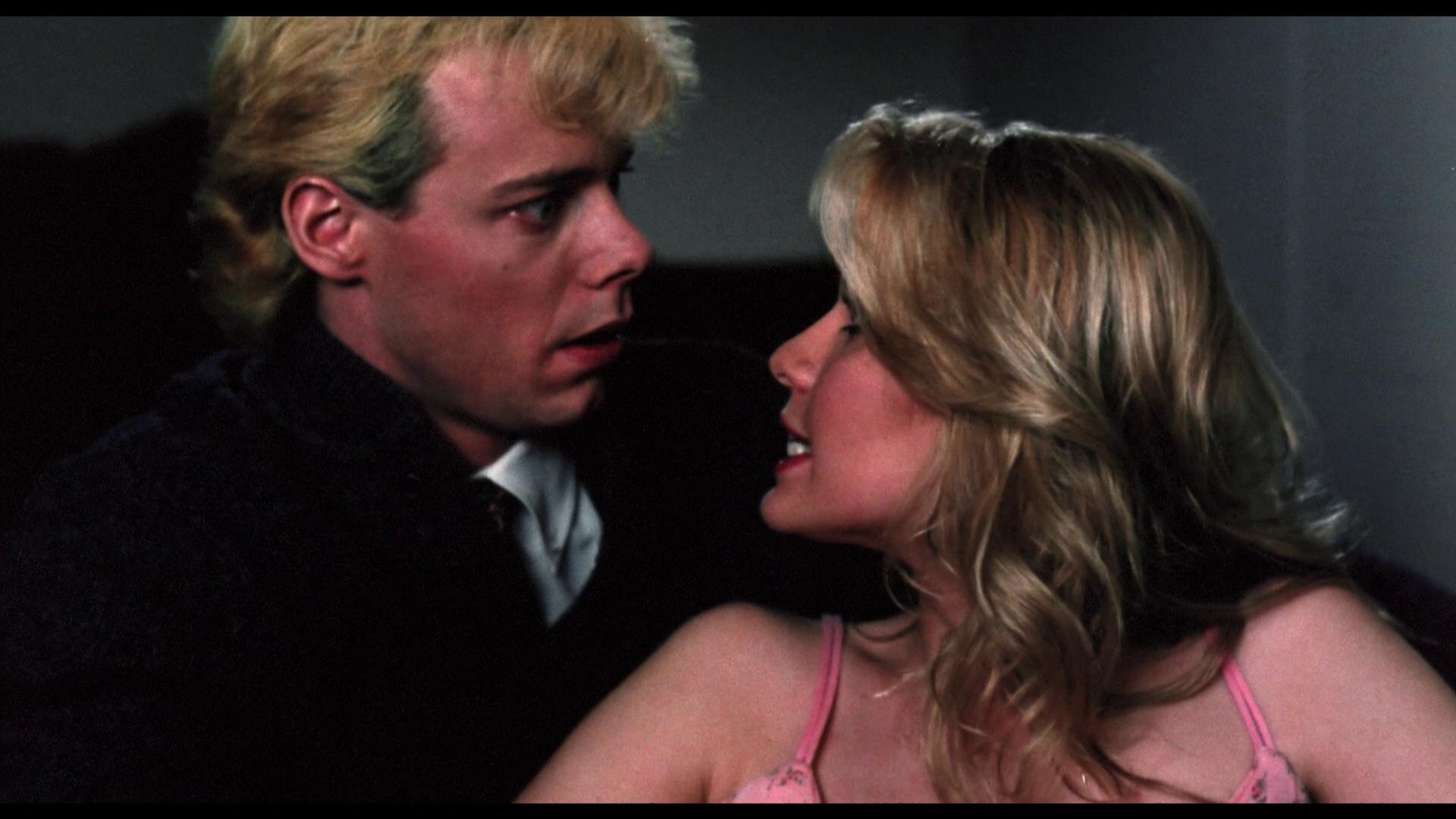 Silent Night, Deadly Night 2 is a movie that’s obviously not going to be everyone’s cup of tea. With its considerably noted b-rated style, and and over-the-top stupidity, it really takes itself to a completely different level than that of the first movie. Generally speaking, it isn’t much of an improvement over the first film when we’re talking cinematic achievements, but obviously if you were a fan of the first film in any way, then you’re definitely going to enjoy the top-notch silliness that comes with this one. 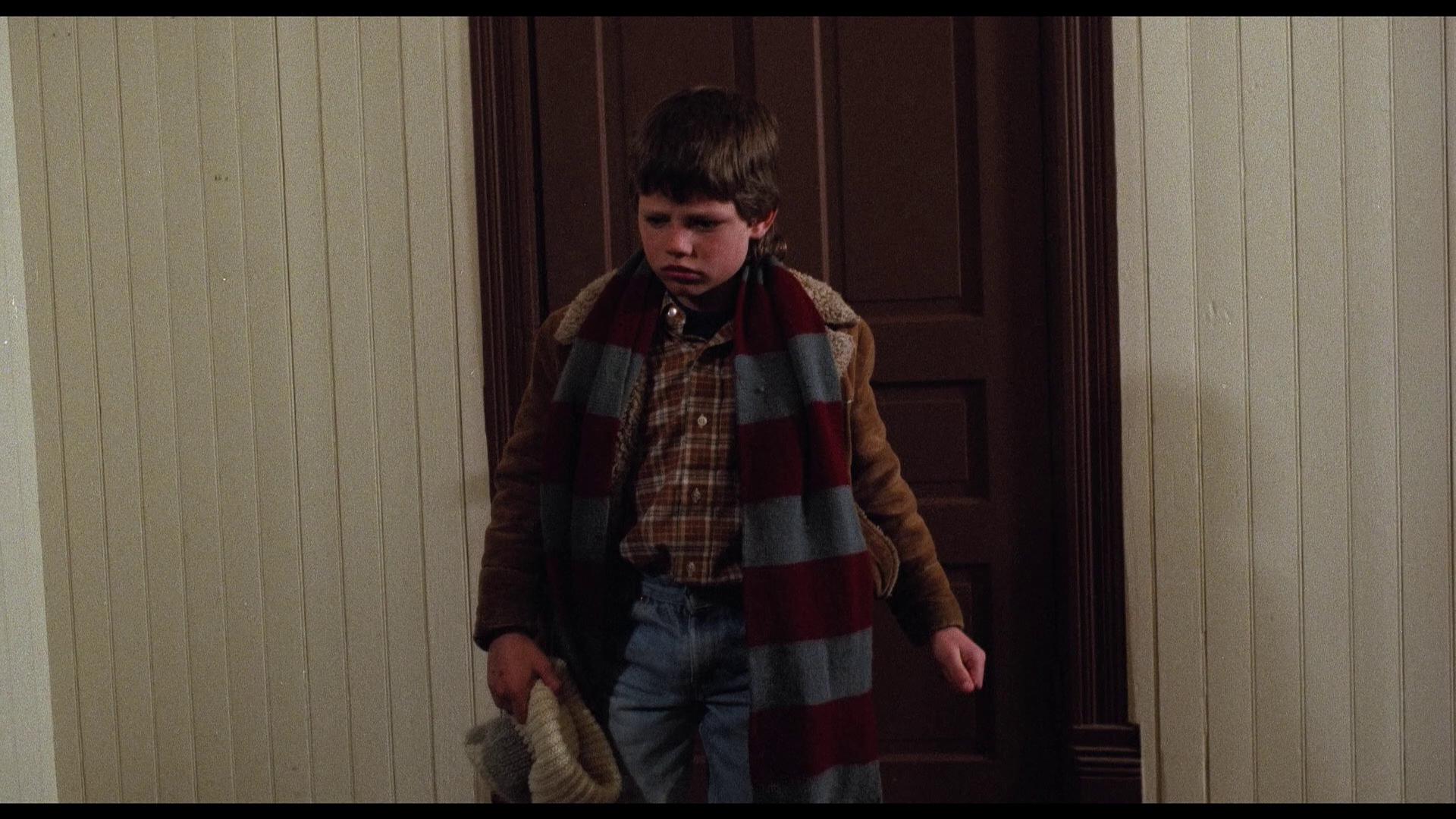 Brought to us to Blu-ray from Shout Factory, Silent Night, Deadly Night 2 was unfortunately not sourced with what you would consider to be the correct elements as they had to use archival footage for teh disc, and flashback sequences for the remnants that came from the first film. The transitions between the sources isn’t too terrible, but they’re definitely noticeable on the higher-definition TV sets. The basic details of the film offer a pretty decent presentation with comfortable color presence, and a slight glorification to the standard Christmas colors. There are also some small issues with the grain, but nothing to really scream about as this was obviously a direct result of the source material that was available at the time of the restoration effort. 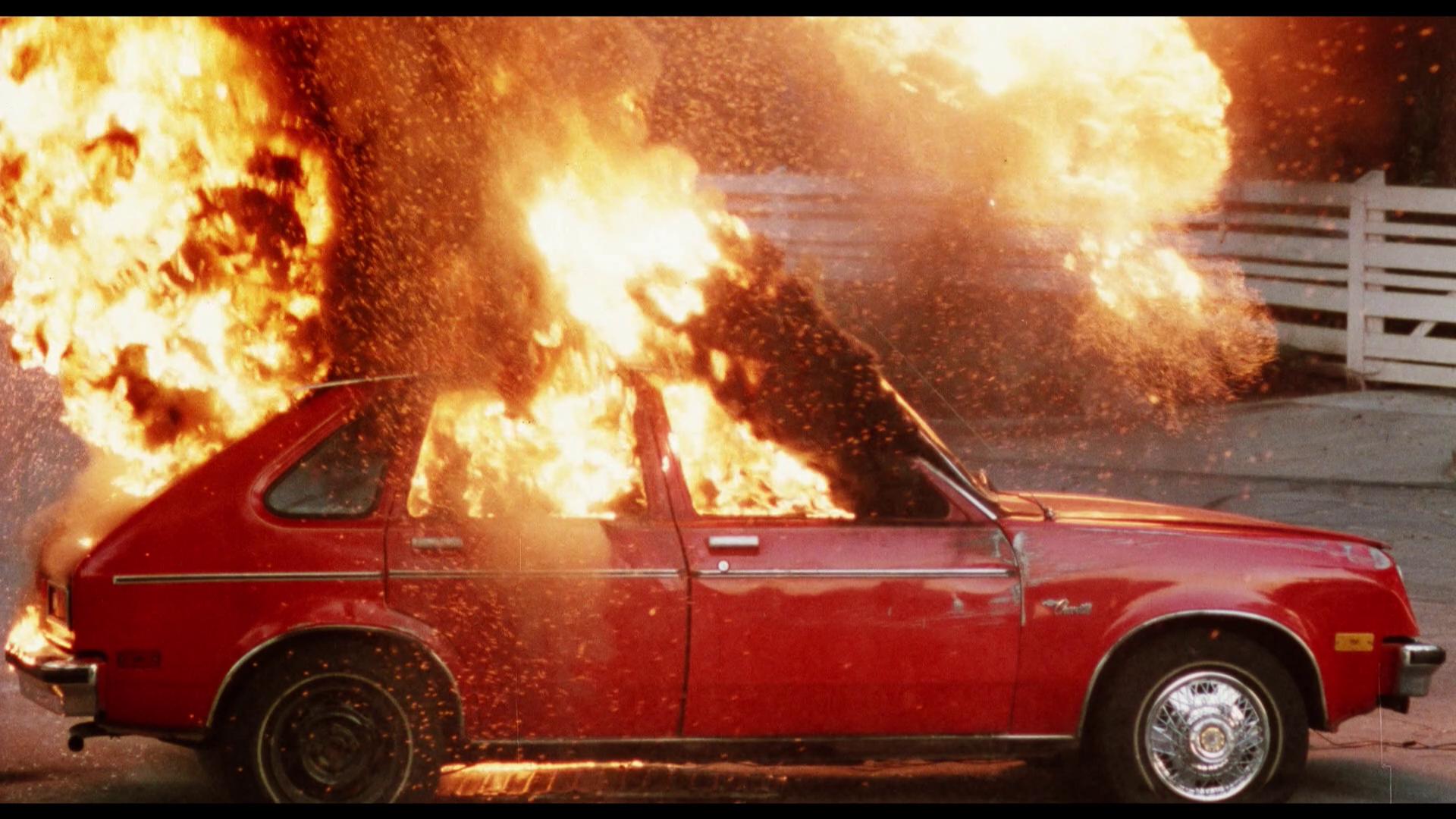 Packaged with an English DTS-HD Master Audio 2.0 mix, the Blu-ray release of Silent Night, Deadly Night 2 offers a pretty straight forward experience, and doesn’t necessarily allow for the release to stand out from any other films. With more of a direct approach, the dialogue is presented cleanly, allowing for everyone to be heard and understood with a slight increase over your standard volume levels on the receiver, and the sound effects were presented just as you would have expected them to be with the improvement efforts taken into consideration. 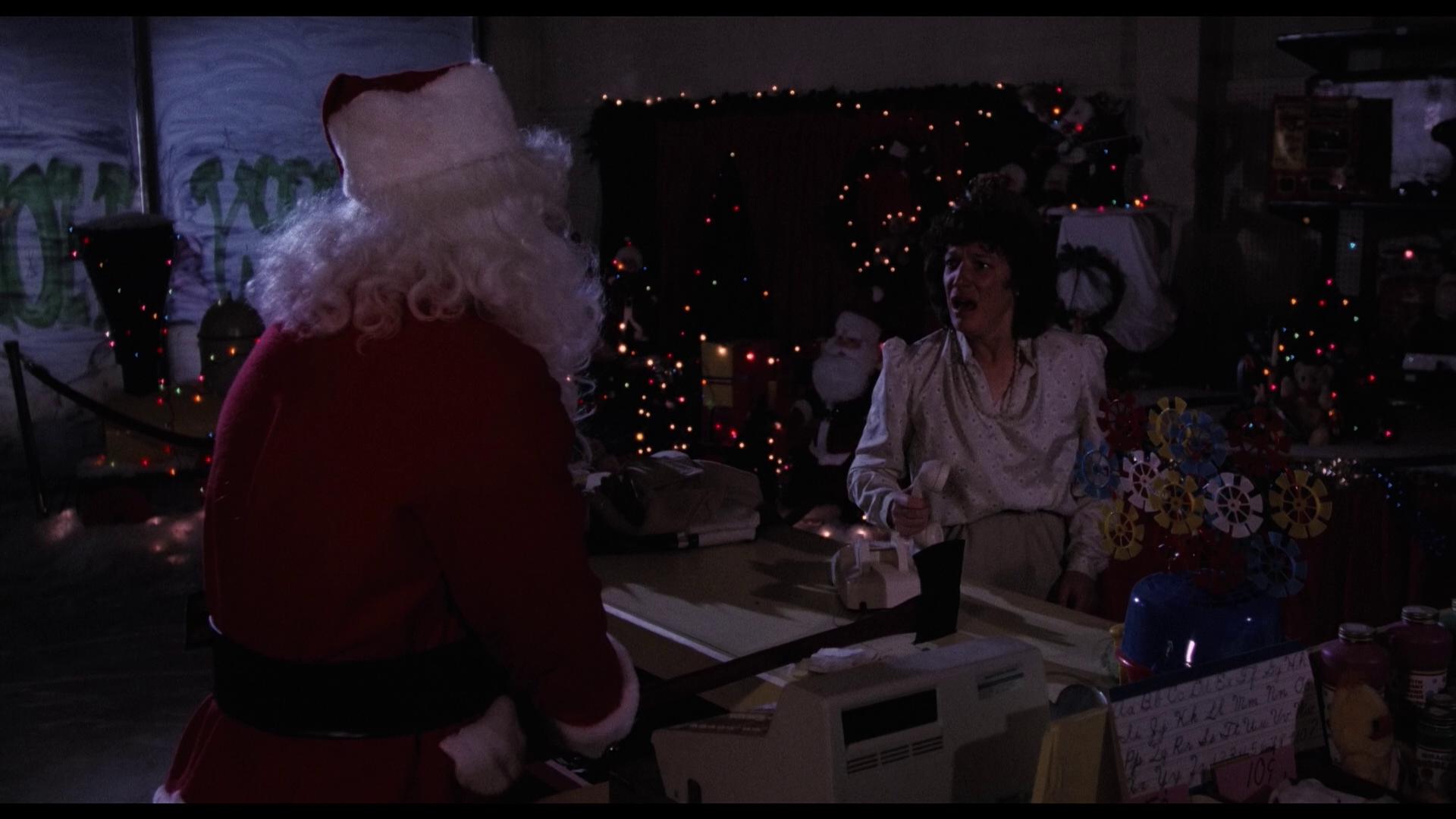 Silent Night, Deadly Night 2 comes packaged in your standard single-disc Blu-ray amaray case.  Within that case, the Blu-ray disc featuring the same artwork that’s been provided on the case.  There are no DVD copies nor are there any digital redemption pamphlets included.  The exterior artwork for the case is reversible, allowing those that pick this up for their collections to move back to the original artwork if they choose to do so.  There’s also a slipcover that’s been included during the original pressing of the release that features the same artwork as the case.

Now, this is where this release shines as there’s a decent chunk of special features that’s been included with Silent Night, Deadly Night 2. Offering a considerable variety of information that looks at the work and experiences that were had with the crew, and a small exploration into the storyline. The content within is considerably in-depth and obviously a true testament to the quality efforts that the folks over at Shout try to put into their releases. Included with this release is: 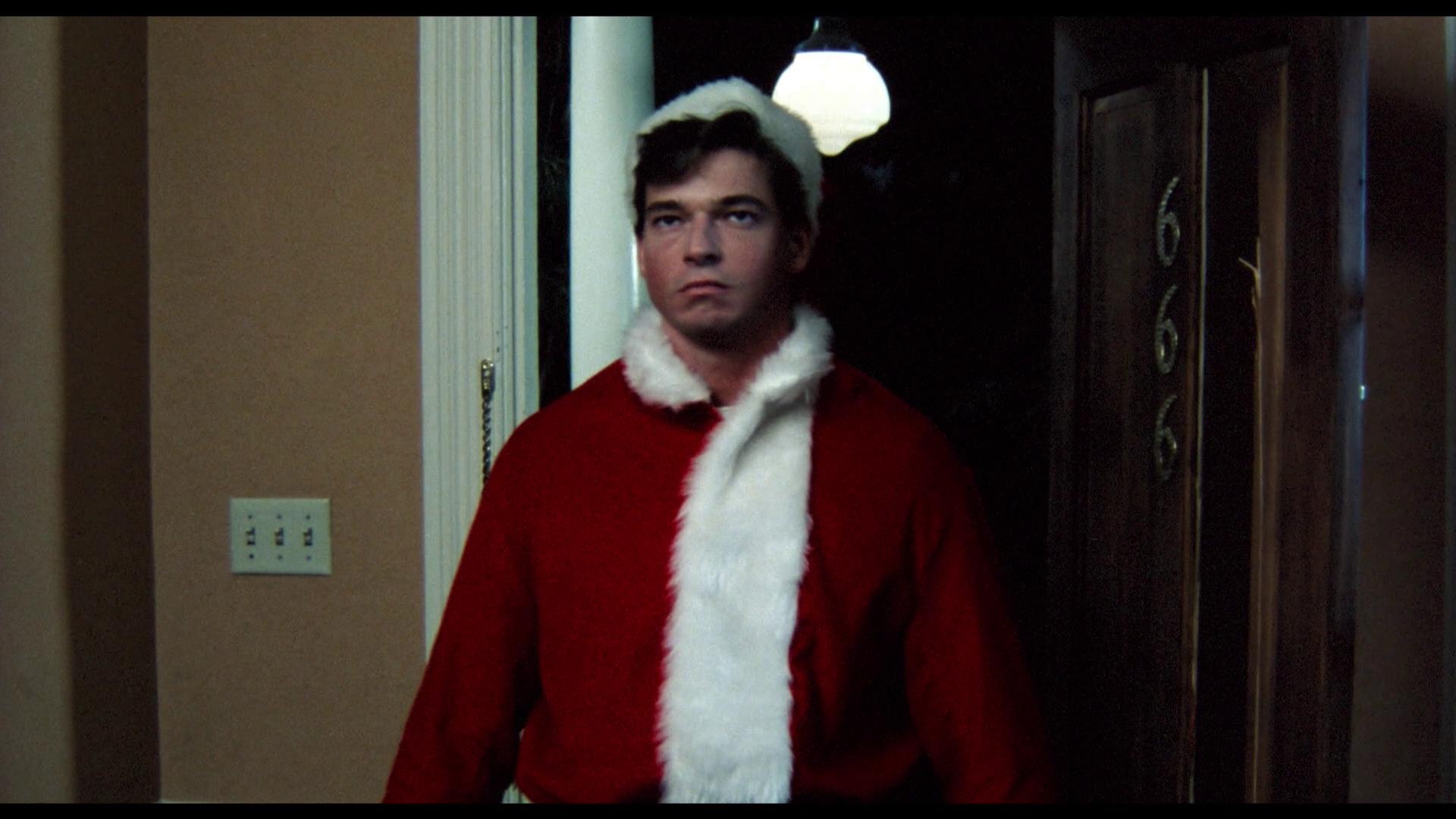 Overall, I knew exactly what to expect going into Silent Night, Deadly Night 2 as I’d previously seen the first film, and had only heard about the levels of stupidity that comes with this one; and I can certainly say that I wasn’t disappointed one bit. The visual and audio presentation of the Blu-ray release from Shout was pretty decent, but in all honest, I don’t think that it’s worth the $30 price tag that comes with it. The special features section of this release is where it absolutely shines, and absolutely should be explored by anyone who’s opted to pick this release up. If you’re considering picking this release up for your collection, I can only recommend it if you’re a fan of the series, and if Shout or any other vendor of their releases has a sale going on, then absolutely pick it up. Silent Night, Deadly Night 2 is available on Blu-ray. 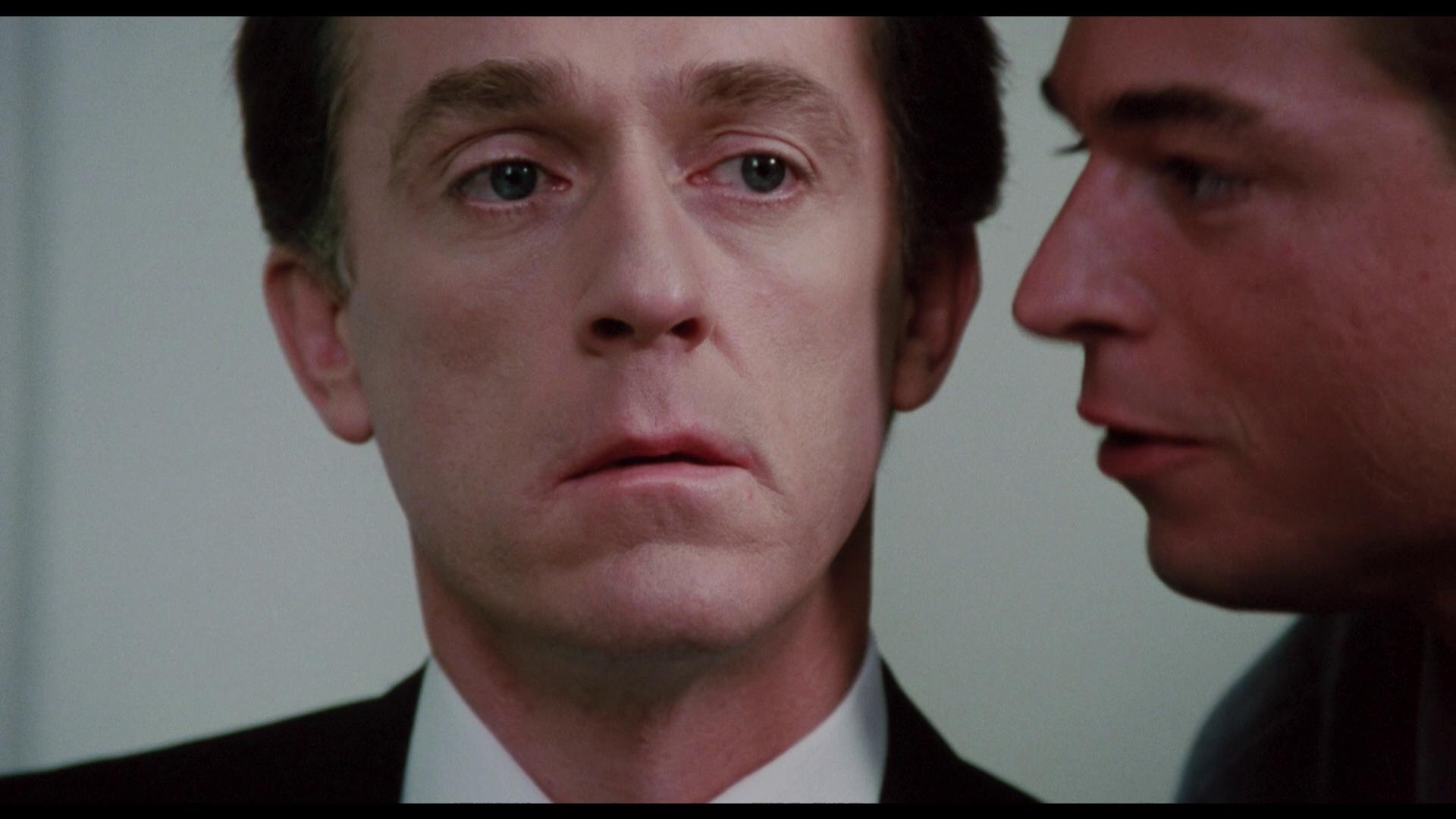