Sherlock Gnomes is a 2018 3D computer-animated comedy film that was directed by John Stevenson. Serving as a direct sequel to Gnomeo & Juliet, the film stars the voices of James McAvoy, Emily Blunt, Chiwetel Eliofor, Mary J. Blige, and Johnny Depp. It was produced by Paramount Animation, Metro-Goldwyn-Mayer, and Rocket Pictures, with animation services provided by Mikros Image. It is the first film from Paramount Animation to be entirely animated, and is the first animated film from Metro-Goldwyn-Mayer since 2008’s film Igor. The film was released in the United States on March 23, 2018, by Paramount Pictures, unlike its predecessor, which was distributed by Touchstone Pictures. It ended up grossing $78 million worldwide.

The film starts off with Sherlock Gnomes and his assistant, Gnome Watson, as they storm into a museum, where their nemesis, a pie mascot named Moriarty, is holding a group of gnomes hostage and is planning to smash them. After a brief battle, Moriarty is defeated and seemingly crushed by a dinosaur skeleton. 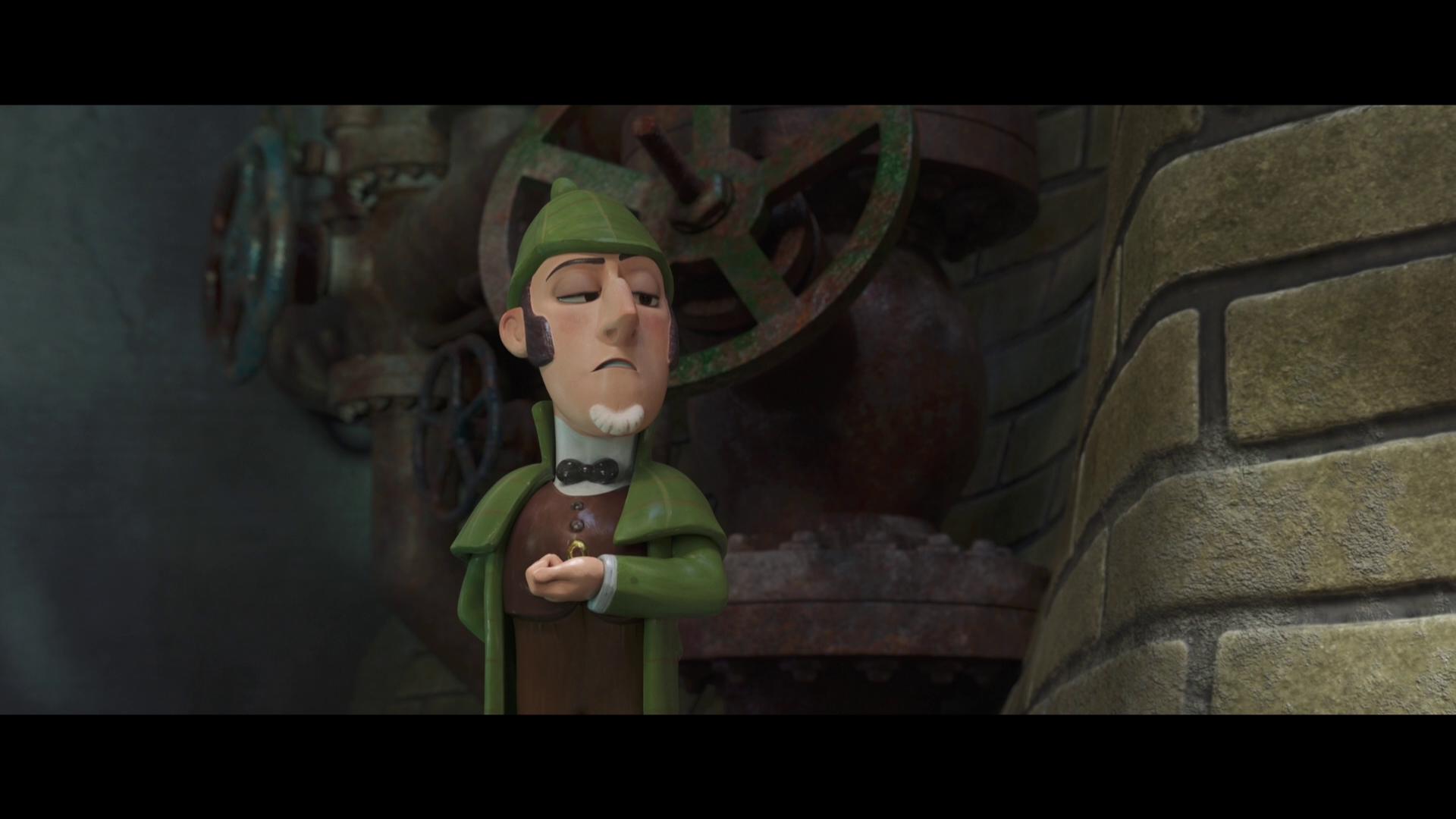 After reading some of the feedback that Sherlock Gnomes had received, I was kind of shocked.  A lot of responses indicate a considerably unfavorable experience from critics; however, the experience that both my wife and I had with this film was the complete opposite.  This movie, while it’s directed more toward at younger audiences, shares some jokes and adult-ish commodities that makes the film a fun family adventure.  The fact that they included both Gnomeo and Juliet in this film for a continuation of the earlier movie was a nice feature.  The story had a couple of twists that we didn’t see coming and the overall adventure that was given by Sherlock and Watson was one that was decently inclusive as you work with them to try and solve the underlying mystery that accompanies the films plot line.  Sure, there isn’t any kind of cinematic achievement being met here; but, this movie should have gotten a little more of a better response than it really did. 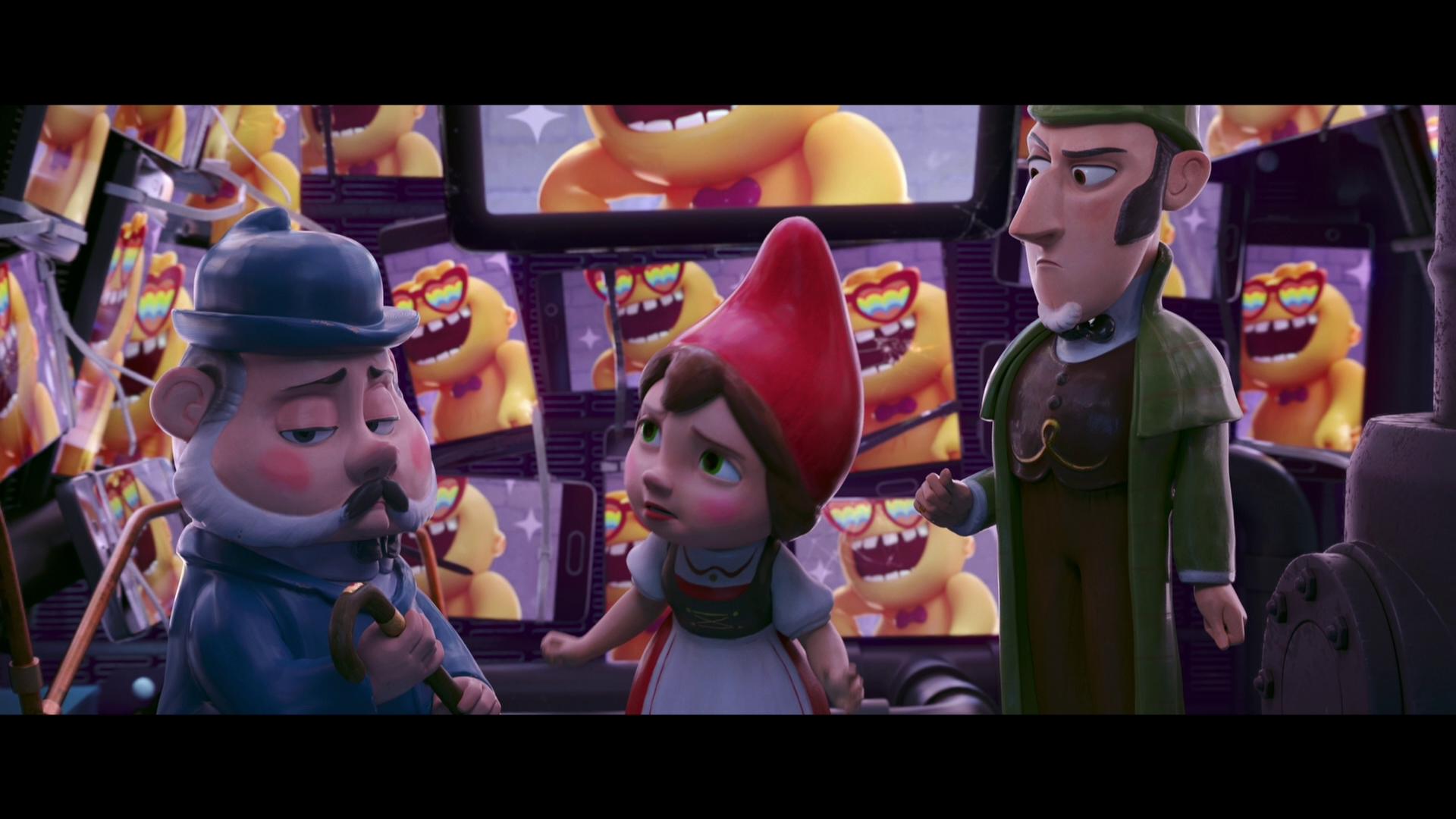 The Blu-ray release of Sherlock Gnomes looks just as great as anyone would expect with an animated feature to present itself in 1080p.  The colors of the film were sharp, vibrant and really distinct so that everything looked clean and smooth from beginning to end.  While there really weren’t any scenes that popped more than others, the entire visual experience and presentation of this release allows its viewers to sit back and ultimately appreciate the work that the animators put into making this movie. 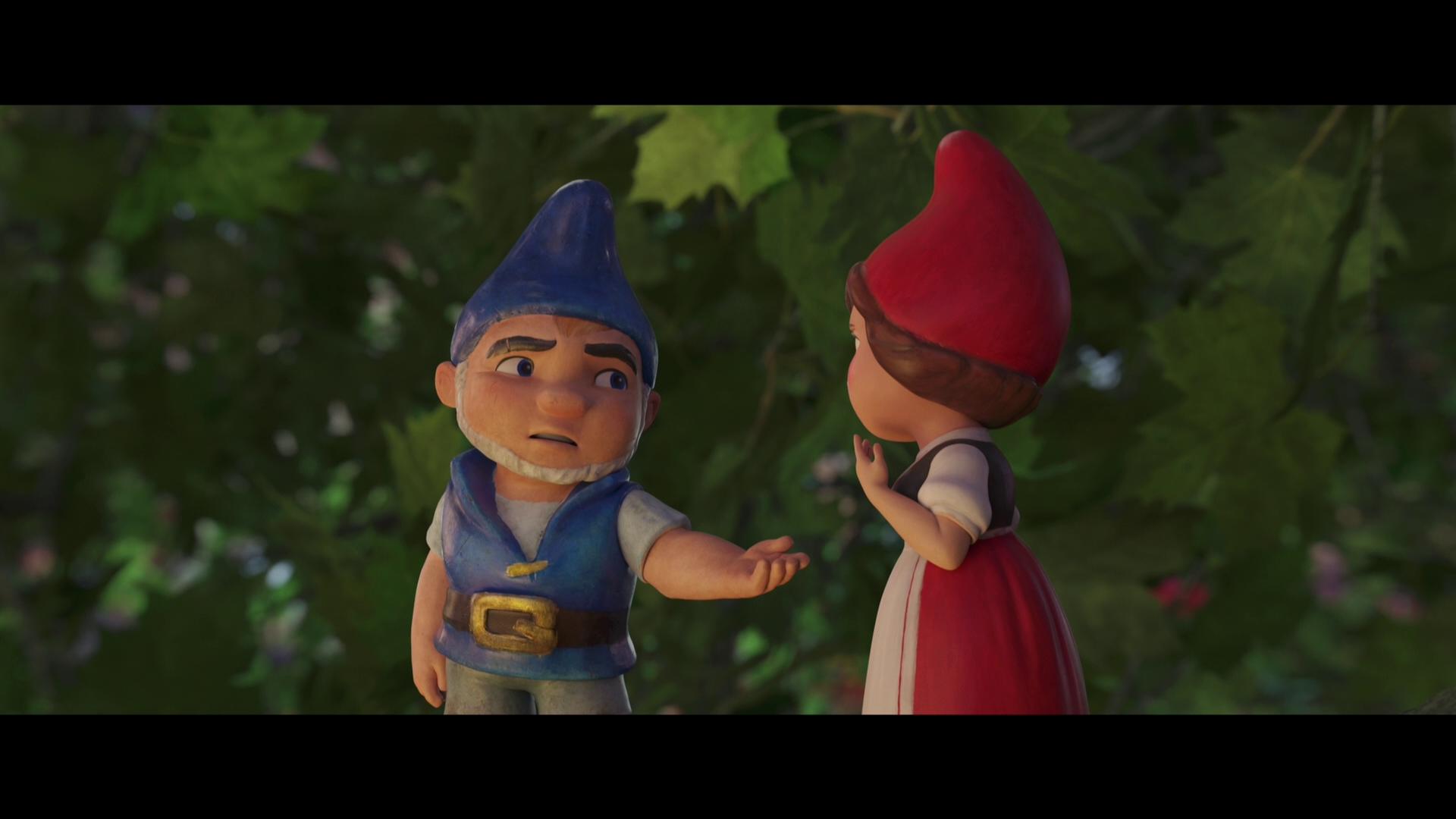 Surprisingly, Sherlock Gnomes was bundled with a DTS-HD Master Audio 7.1 audio mix that really offers an all out immersive experience.  While it doesn’t include the elevation aspect that is the main focus of an Atmos track, the inclusion of the surround channels and overall utilization of “camera” placement throughout the movie really did a great job at letting us feel as if we were right there in the middle of everything.  The transitions from scene to scene were nicely done and the dialogue was clean and clear and able to be understood without having to manually adjust the volume levels as the movie played onward. 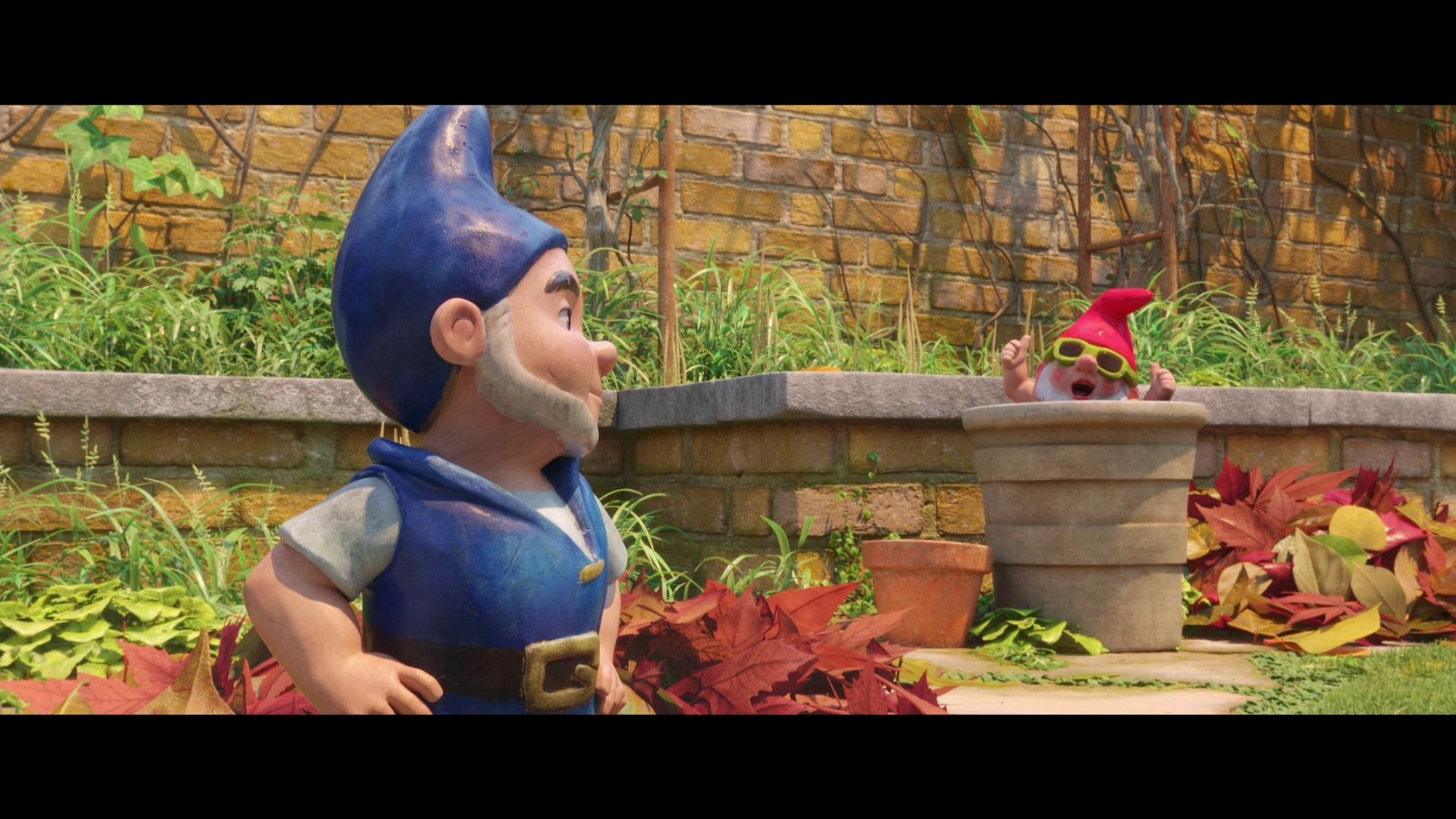 Sherlock Gnomes comes packaged in your standard two-disc Blu-ray amaray case.  Within that case is the standard Blu-ray copy of the film as well as the standard DVD copy of the film; neither of those discs feature any artwork that’s related to the film outside of the standard release text and the generic blue background.  There is also a digital copy redemption pamphlet that’s been included for the various streaming options that are out there, as well as a slipcover that’s been made available during the original pressing that features the same piece of artwork that’s been provided on the case art. 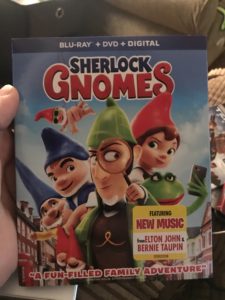 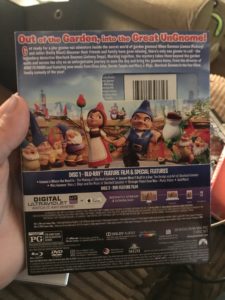 I was pleasantly surprised to see what content had been provided with the Blu-ray release of Sherlock Gnomes.  The content that’s been included not only offers a slight extended look into the storyline, but pays a lot of attention to the work that went into making this film as there was obviously a lot of work from animators, actors, and other various cast and crew members.  I would have loved to have seen a little bit more of the storyline inclusion, but was pretty happy with what has been made available.  Included with this release is: 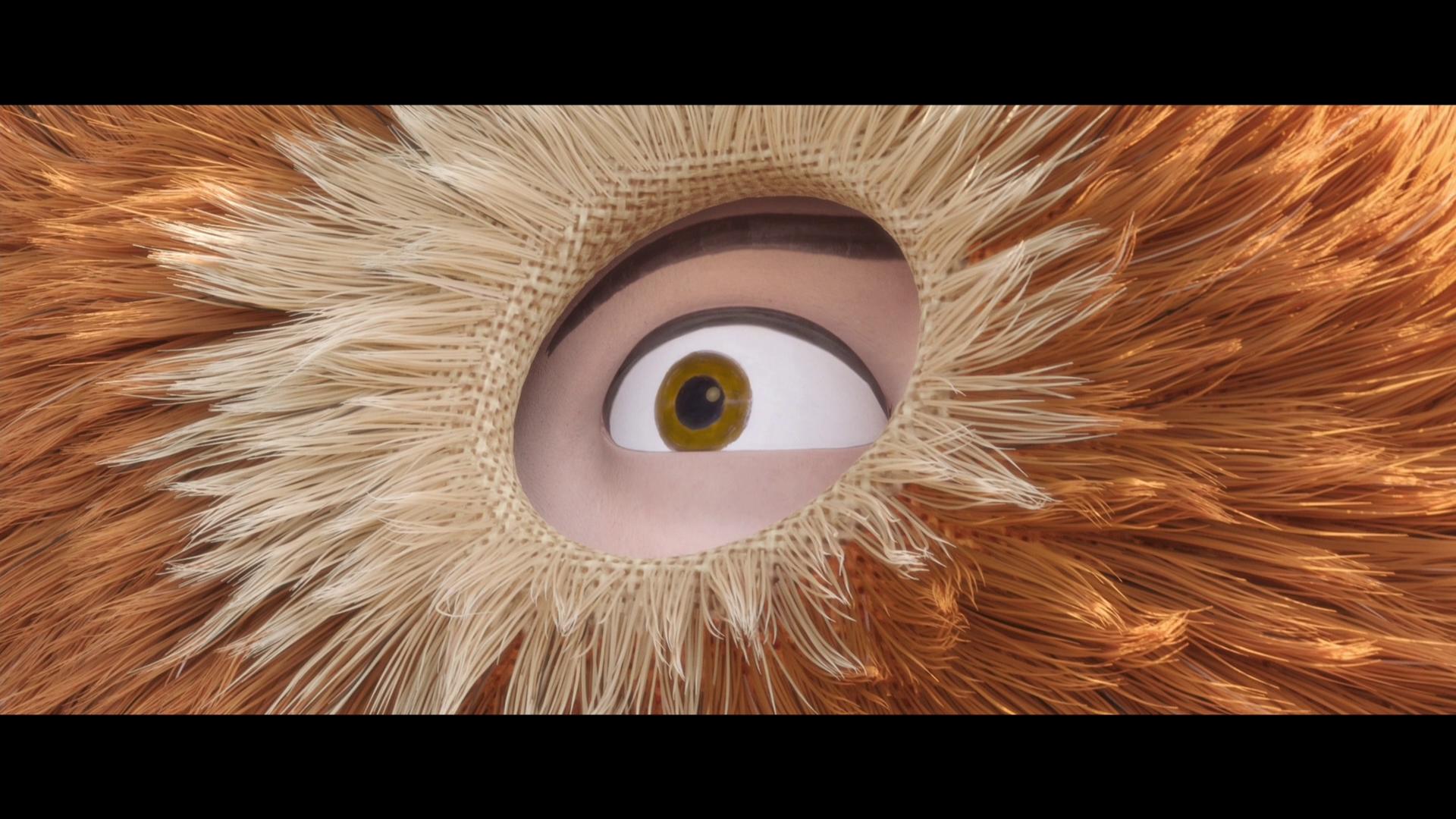 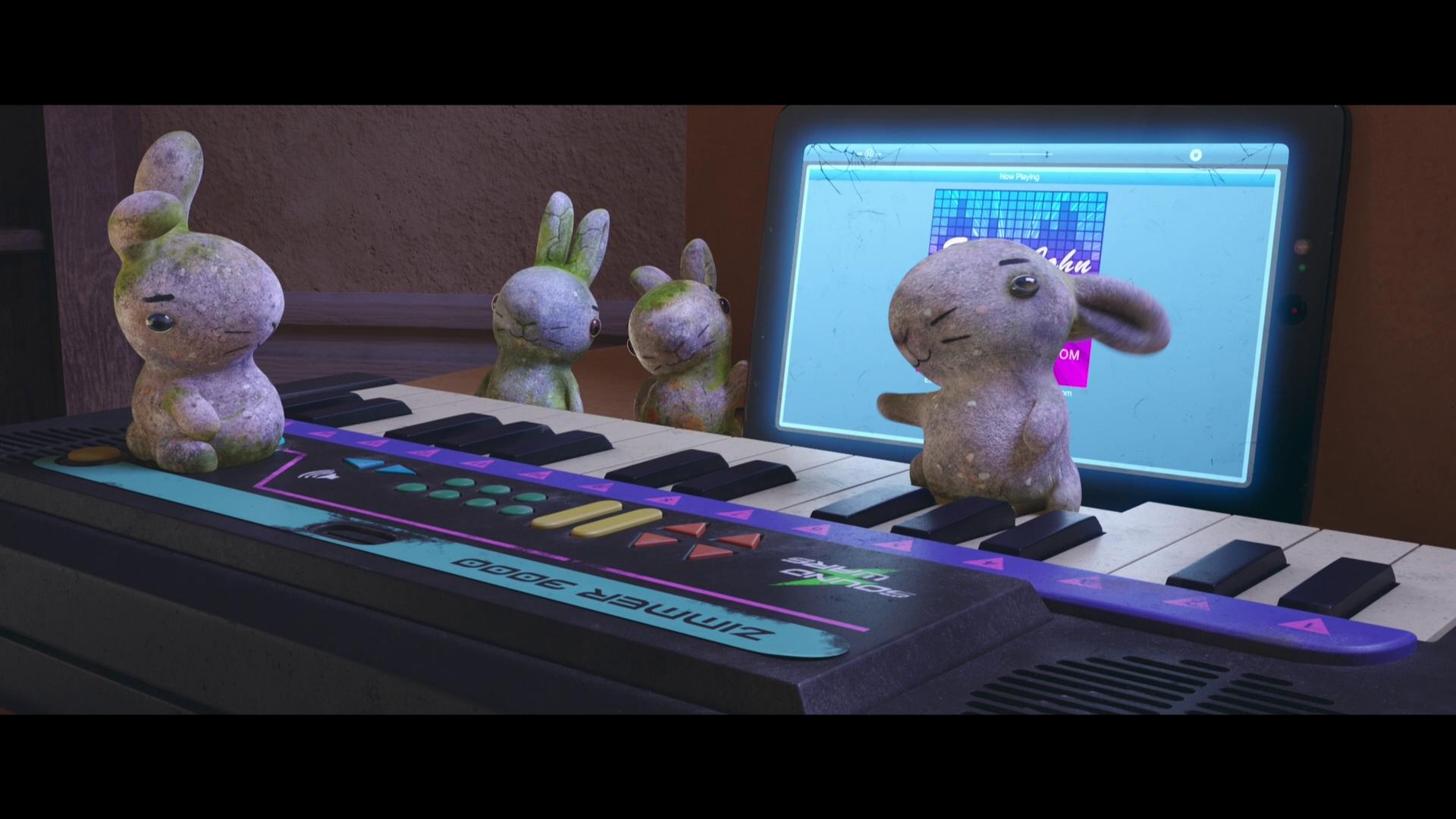 Sherlock Gnomes was surprisingly a good time.  With its integration of the characters from its predecessor, the adventure that the production crew has created for children and adults to join in on was genuinely fun and executed very well.  Both the visual and audible presentation of this Blu-ray release were really nicely done and allowed for everything to be seen, heard, and completely understood from beginning to end.  Hell, had this film been released to 4K UHD, I honestly think with proper utilization of HDR, it would have absolutely shined.  The special features are decent enough that allows for adults and their kids to expand their fun even more.  If you’re considering grabbing this movie for your collection, I would definitely recommend it.  Especially if you have children.  Sherlock Gnomes will be available on Blu-ray and DVD beginning on Tuesday, June 12, 2018. 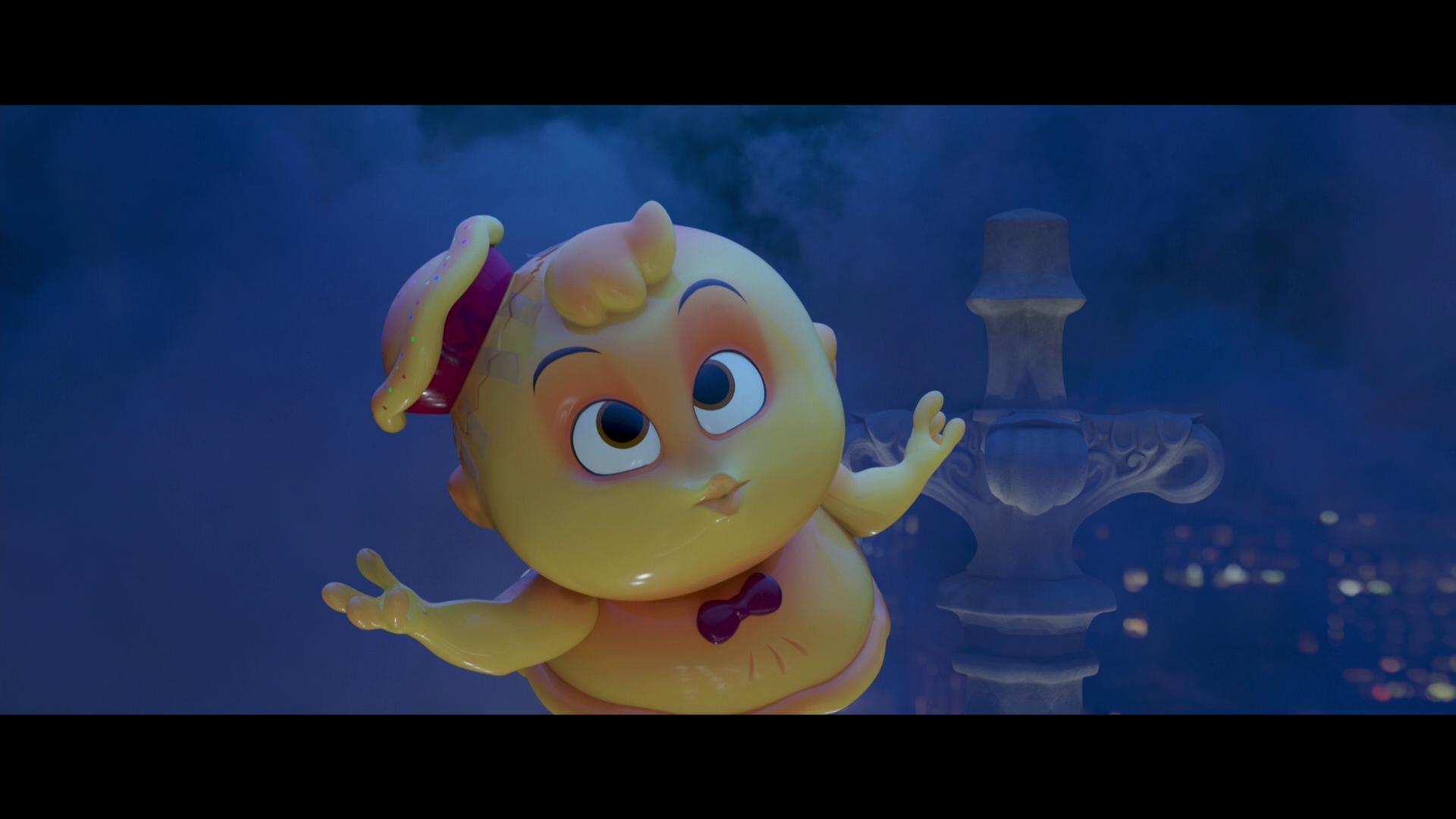