Shazam! is a 2019 American superhero film that is based on the DC Comics character of the same name. Produced by New Line Cinema, and distributed by Warner Bros. Pictures, it is the seventh installment in the DC Extended Universe (DECU). Directed by David F. Sandberg from a screenplay that was written by Henry Gayden, and a story by Gayden and Darren Lemke, the film stars Asher Angel as Billy Batson, a teenage boy who can transform into an adult superhero, played by Zachary Levi. Mark Strong, Jack Dylan Grazer, and Djimon Hounsou also star in the film.

Development of a live-action Shazam! film began at New Line in the early 2000’s but was delayed for many years. The film went into pre-production in 2009 with director Peter Segal and writer John August and Dwayne Johnson considered to star as the villain Black Adam, but the project fell through; Johnson acts as an executive producer on Shazam!. William Goldman, Alec Sokolow, Joel Cohen, Bill Birch, and Geoff Johns, among others were attached to the project as writers at various points. The film was officially announced in 2014, with Johnson attached to star as either Shazam or Black Adam. He would later be cast in January 2017 to lead a solo Black Adam development project. Sandberg signed on to direct Shazam! in February 2017 and Levi was cast that October, with Angel joining the following month. Principal photography began in Toronto, Ontario, Canada on January 29, 2018, with most of the film being shot at Pinewood Toronto Studios, and wrapped on May 11, 2018.

Shazam! was released in the United States by Warner Bros. Pictures in RealD 3D, Dolby Cinema, and IMAX 3D on April 5, 2019. The film has grossed over $364 million worldwide, making it a commercial success despite being the lowest-grossing film of the DCEU. The film received positive reviews from critics, with praise for Sandberg’s direction and the performances of Levi and Grazer, as well as its light tone and overall sense of fun. A sequel is currently in development, with the screenwriters returning as well as Sandberg returning to direct. 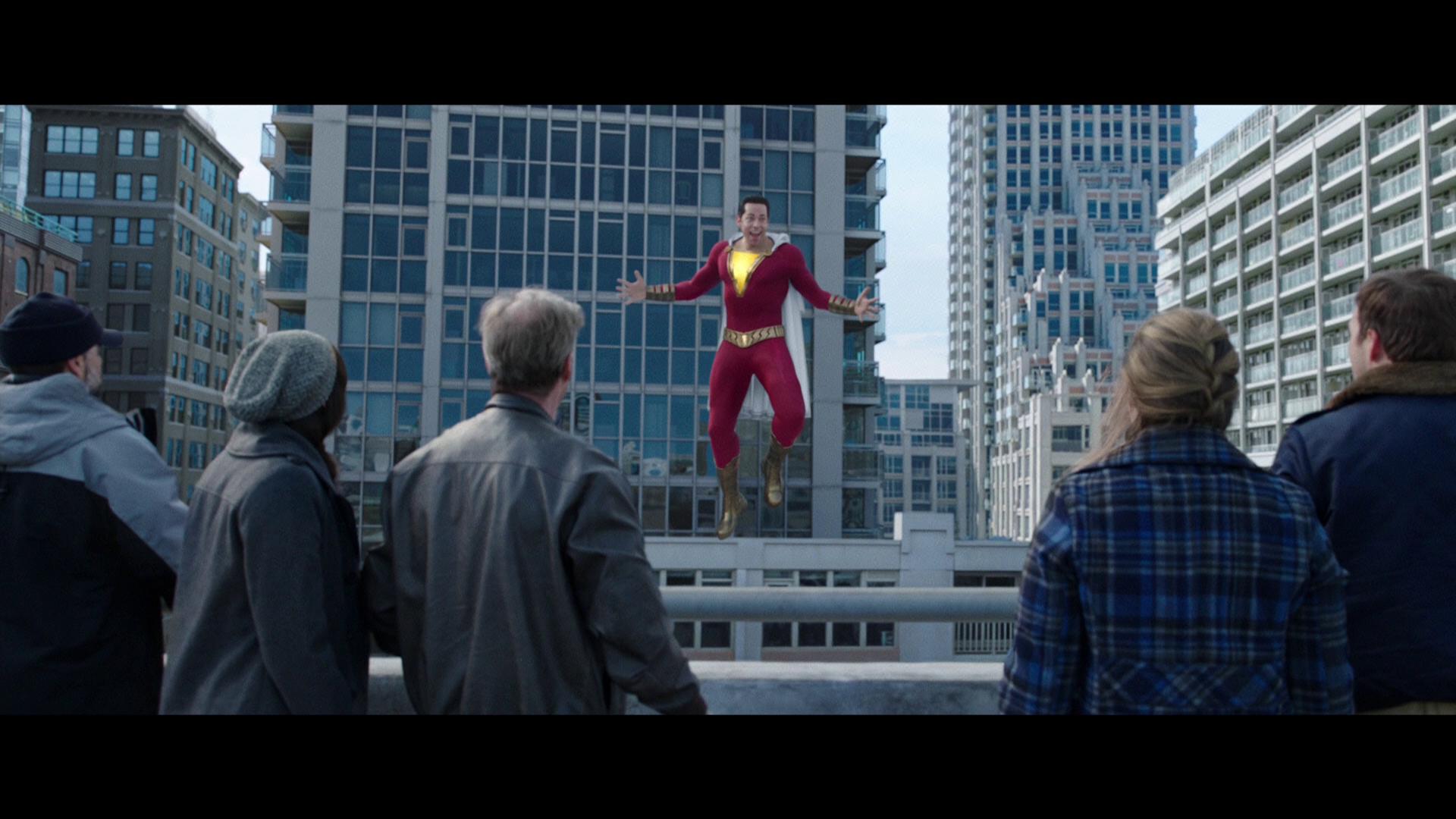 Shazam! is a movie that I was really excited to see after seeing the various promotional pieces that aired on TV. Having enjoyed Levi on NBC’s hit show, Chuck, I knew this would be a light-hearted fun experience. And this movie really does deliver that, and an overall experience that’s pretty good for the family. There were parts that made my wife and I laugh as we watched along; but, there were also parts that made us roll our eyes because of how cheesy they were. The movie as a whole felt as if it were made in a similar fashion to the pre-MCU Marvel Comic Book movies, and doesn’t really offer much in terms of cinematic achievements. But, that doesn’t really deter from the fact that it was fun and that it tells a story that is enjoyable, and manages to grab and keep your attention from beginning to end. 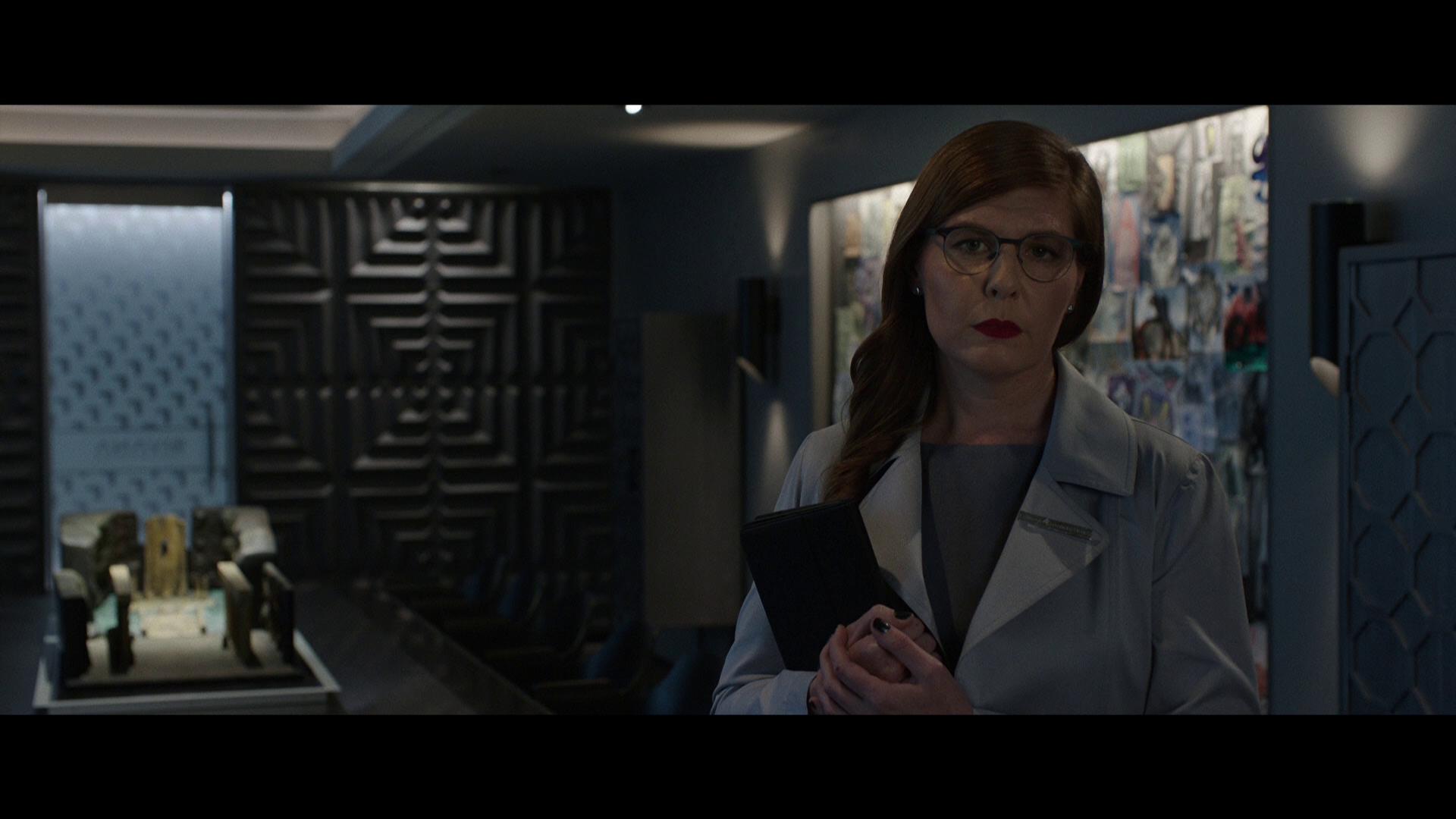 Made available in a 2.39:1 presentation courtesy of Warner Bros. Pictures, the Blu-ray release of Shazam! is an experience that doesn’t really rely on high-end special effects and really focuses more on building the foundation for the titular character. Giving viewers a solid and visually pleasing visual experience, the movie offers what felt to be the most appropriate tones to accompany the given mood for a scene. The few moments that there were special effects used blended into the natural elements really well, allowing for more of a real feeling when bringing this character to life.

Packaged with an English Dolby Atmos audio track, the Blu-ray release of Shazam! offers an insanely immersive audio experience, for those of you who are setup for Atmos at home. While mostly focusing on the dialogue and softer moments of the film, those are presented in a very clean and efficient manner; and those moments where things pick up and get a little more crazier is when this audio track really packs a punch and brings things to the next level. The transitions between the channels were smooth, allowing for a true sense of immersion. And the dialogue was spoken allowing for the characters to be heard and understood without any need to manually adjust the volume levels as it progresses along. 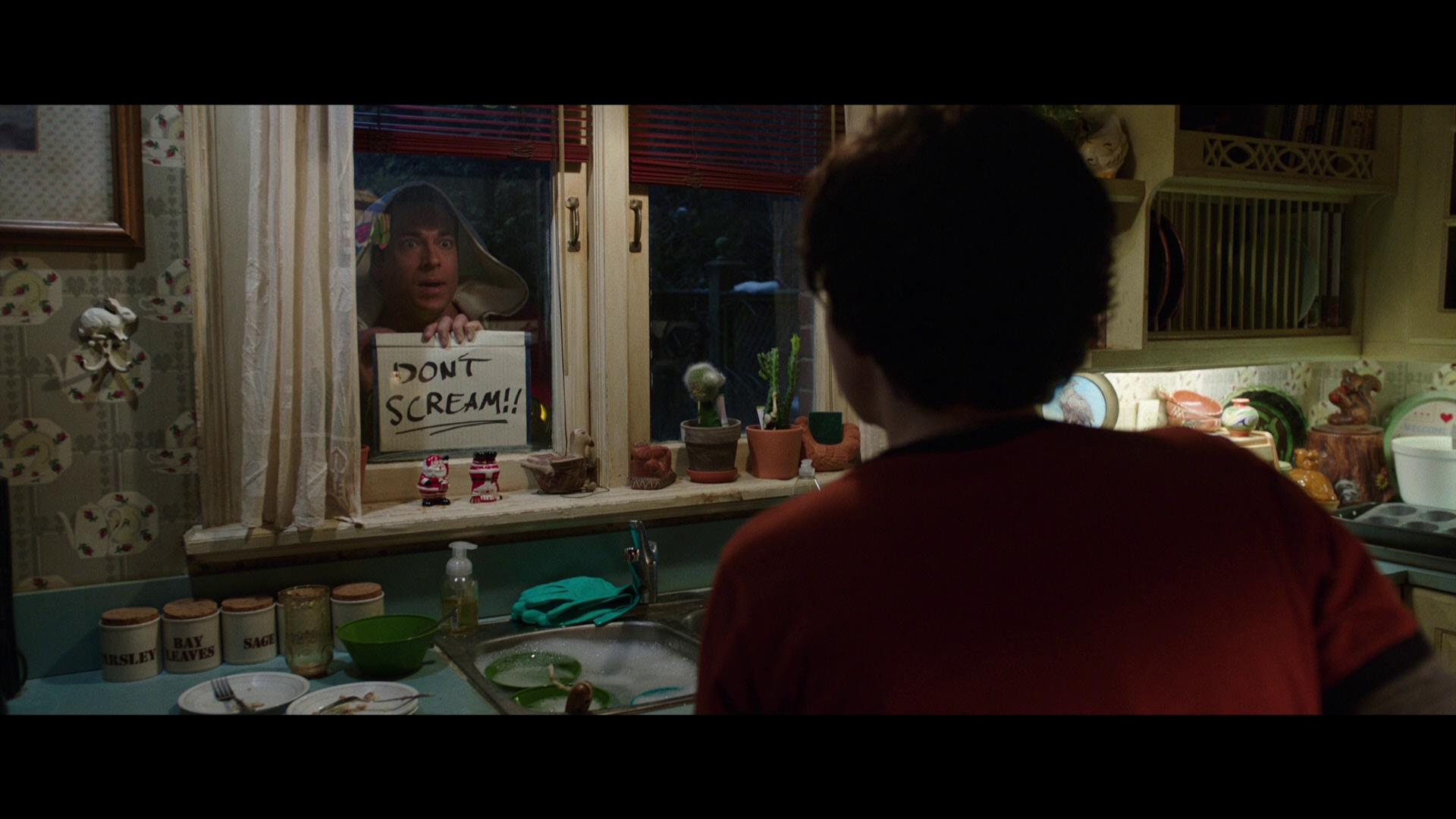 The Blu-ray release of Shazam! comes in the standard two-disc Blu-ray amaray case.  In that case, the Blu-ray copy and DVD copy of the movie.  The Blu-ray disc containing the well-known lightning bolt for the character, while the DVD doesn’t include any artwork at all outside of the standard release text.  There is a digital copy redemption pamphlet for Movies Anywhere as well as a very nicely made lenticular slipcover that’s been made available in the original pressing of the release. 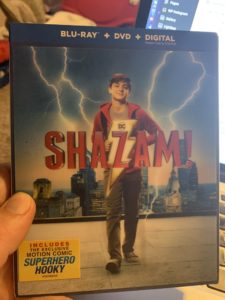 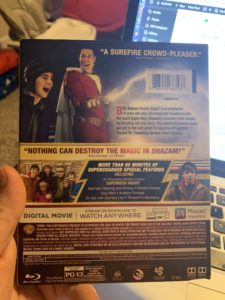 There’s a good number of special effects that are included with the Blu-ray release of Shazam!. The material that’s been included not only offers a look at the production work that went into making the movie, but really does a great job at showing everyone having fun while they worked together on this project. Included with this release is: 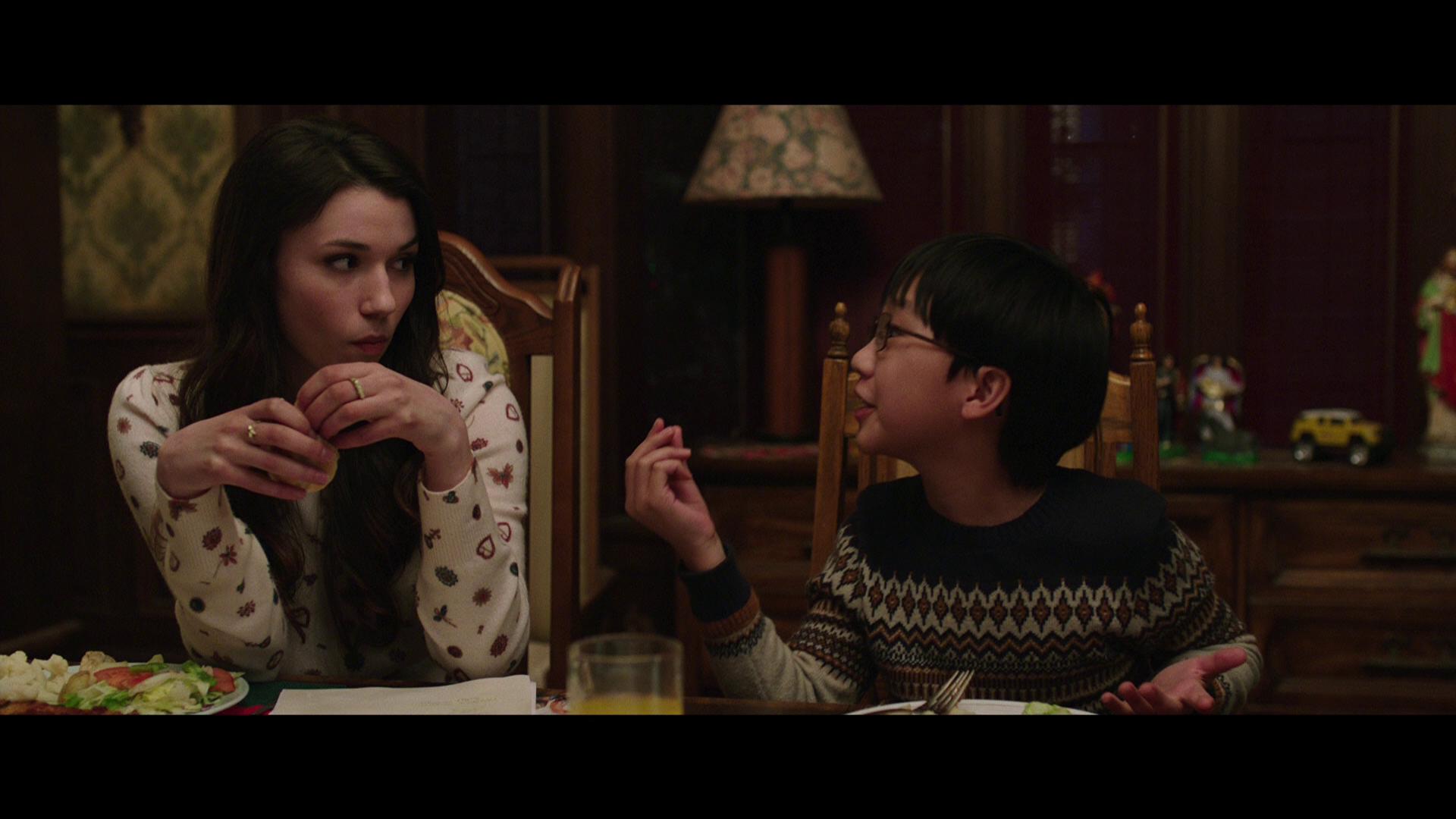 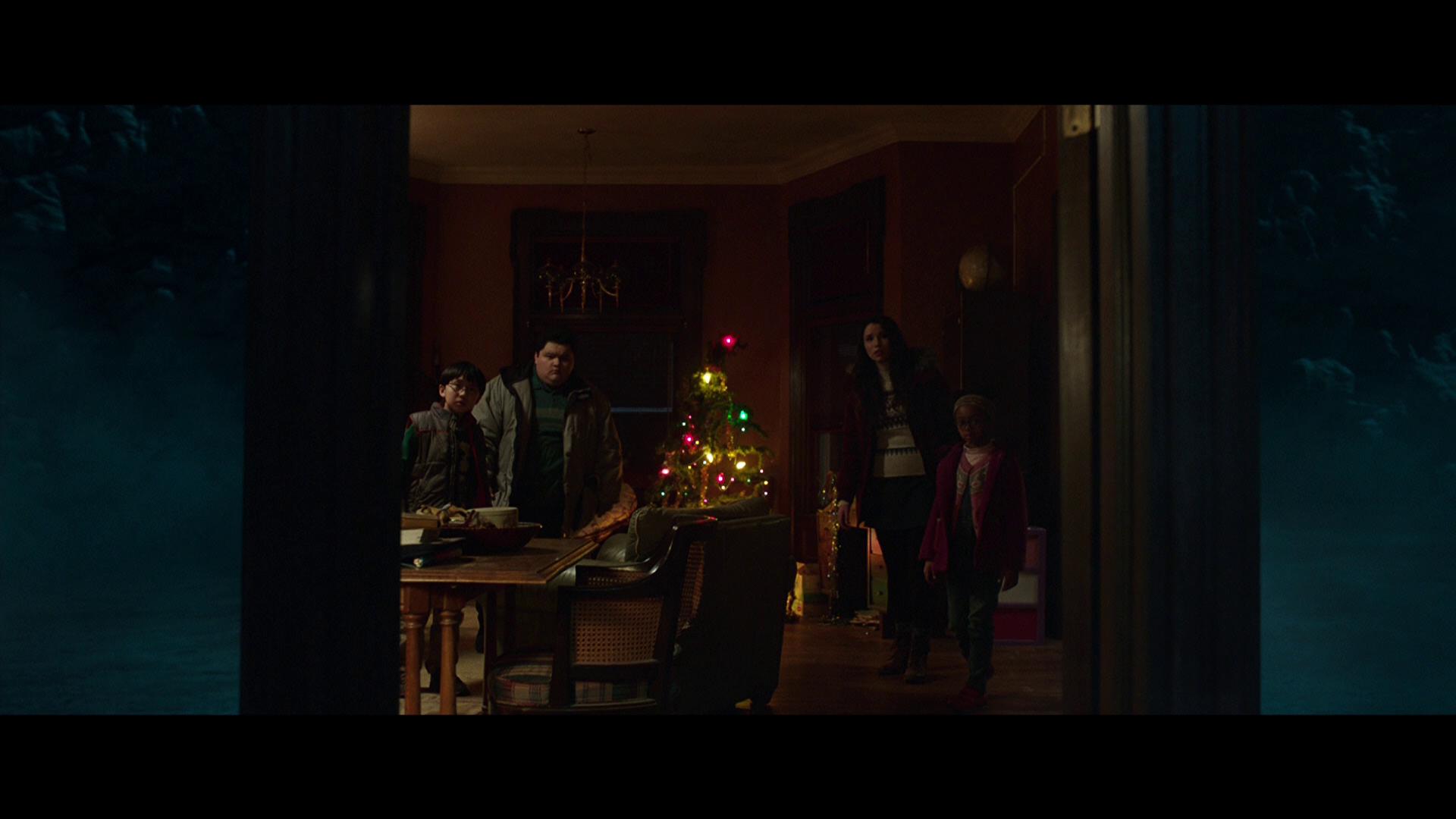 If you’re expecting a lot out of Shazam!, then this movie might not be for you. But, if you’re looking to sit down to a nice, family friendly and fun movie that gives an experience that is pretty great for everyone involved, then I would definitely recommend picking this up. The visual and audio presentation of the Blu-ray release were really great, so I can only imagine how awesome this would look with HDR on UHD. The special features included with this release were really great to sit down with. Shazam! is available on 4K UHD, Blu-ray and DVD today! 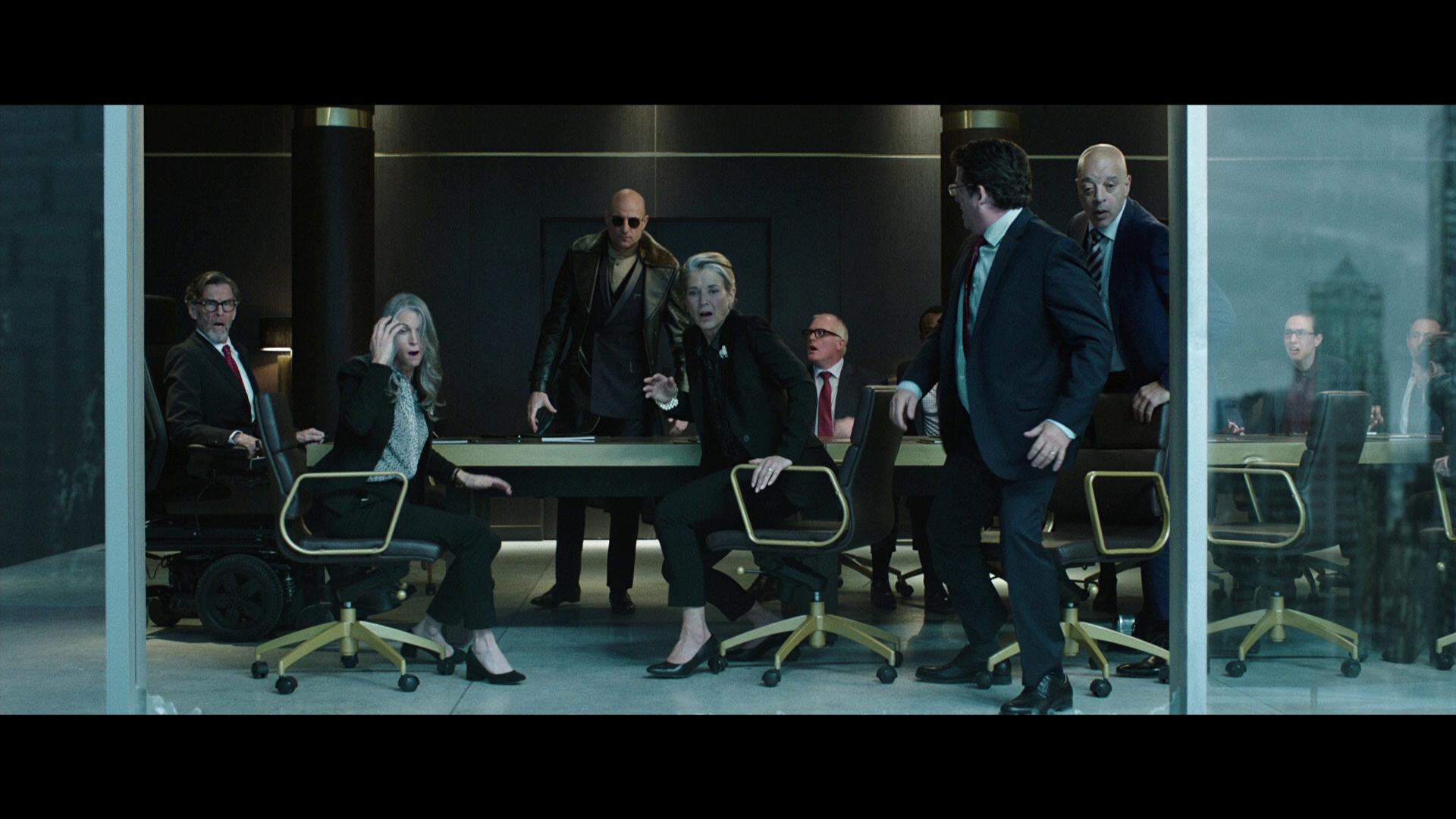