Sharknado 4: The Fourth Awakens, the fourth film in the SyFy original series, is a 2016 disaster comedy, science-fiction television film.  Directed by Anthony C. Ferrante, and stars Ian Ziering, Tara Reid, David Hasselhoff, and Ryan Newman reprising their roles from the earlier films, and bringing in newcomers Tommy Davidson and Masiela Lusha.  The film made its initial US premiere on SyFy on July 31 and boasted a poster that resembled that of Star Wars Episode VII: The Force Awakens, however it is not considered to be a “mockbuster” but rather just a play on words with the title.

Taking place five years after the last installment, Fin has moved to a farm in Kansas named “April’s Acres”, where he lives with his mother and young son, Gil.  April is believed to be dead after the ending of the third film.  A tech mogul has developed a new type of high-speed space travel with his company Astro-X.  This technology was used to save some of the characters during a time of peril in the last film, however Astro-X has developed a new technology that uses radio waves to defuse tornados; which will hopefully be the end of the sharknado phenomenon.  At the end of the previous film, the production staff of the series allowed the audience to vote on whether April lives or dies via a social campaign.  You will see the results of that campaign in Sharknado: The 4th Awakens. 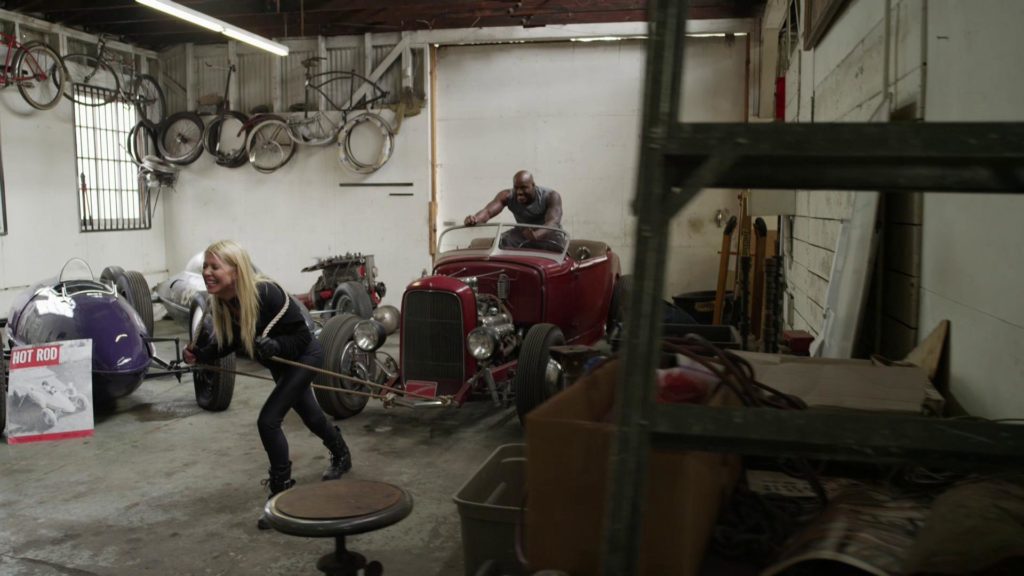 Just when you thought they couldn’t do any more with the Sharknado series, Asylum proves us wrong.  Sharknado: The 4th Awakens adds a whole new level of cheesiness to the concept, all while completely defying the laws of physics. We are given a great opportunity to delve into the minds of those who worked on this film and I found myself questioning how they managed to get the silly ideas that they gave us; it is a truly creative bunch that work on this series.  This film is an absolute riot to watch, especially with the nods that it has to some major motion pictures; including the Star Wars franchise, Iron Man, The Sword In The Stone, Twister and the Baywatch television series.  If you’re one who loves low-budget films, or even Syfy productions, this film is definitely worth checking out. 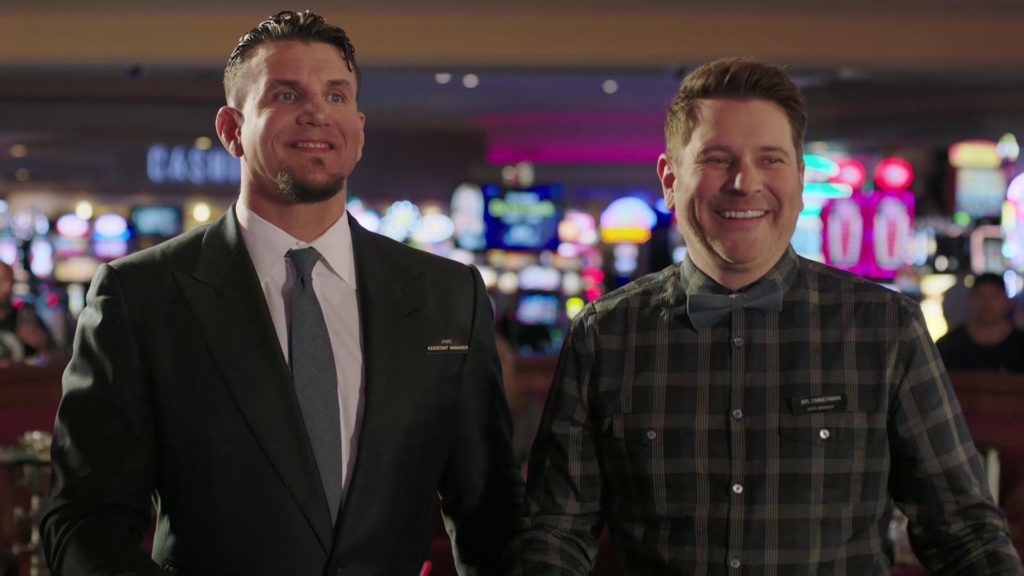 Sharknado: The 4th Awakens comes at us in the standard 1080p resolution.  Overall, this film looked great, however with the upconversion that my Blu-ray/UHD player does, I feel that it deteriorated the feeling that I had with the three previous films in this series.  While with the earlier films, I had a different player and television setup for a 1080p presentation, watching it with the newer 4K display made the CGI effects seem cheaper with this film. Of course, this is likely unique to the upconversion which my TV software handles for 1080p Blu-rays, but this is the first time I really noticed this issue. Your experience may art depending on your display.  While the series as a whole thrives on its level of cheesiness and low-budget production, the fourth film in this series really outdid itself in that regard. 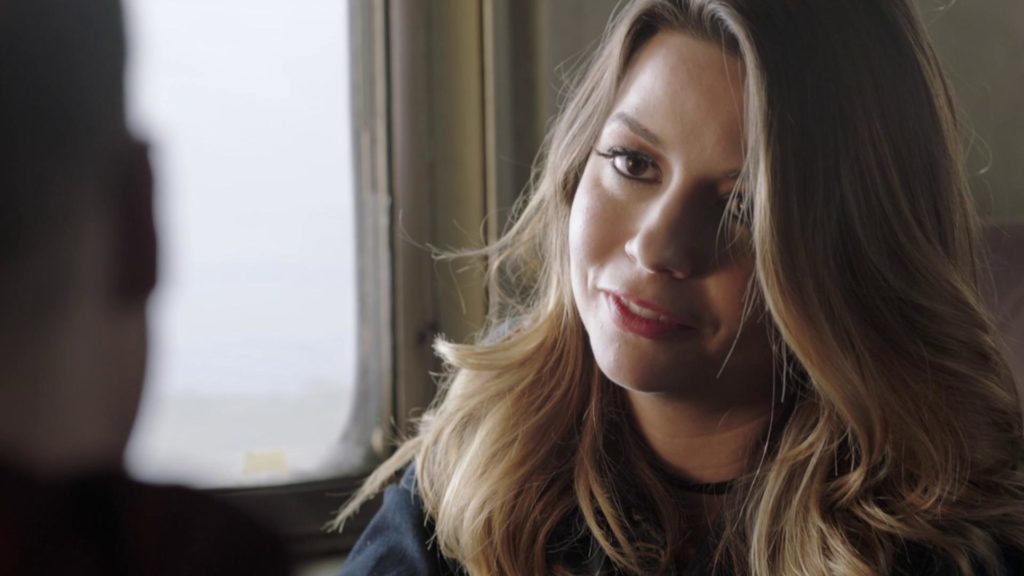 While Sharknado: The 4th Awakens comes at us bearing a DTS-HD 5.1 audio track, it sounded pretty good.  Everything sounded clear and clean throughout and I didn’t find myself having to adjust my audio volume at all as I watched it.  That being said, given the popularity of the series, and the capabilities of the format, I feel that they could’ve at least used a 7.1 audio track to allow a more immersive experience.  While it does have the multi-channel audio, 7.1 would’ve allowed us to hear the storms coming from all angles and would’ve allowed for a much better experience. That’s being picky, and of course he Asylum strives to keep costs low, so I’m not surprised, but at this point, Sharknado is a worldwide phenomenon and a higher grade audio track would not have killed the budget. As the Blu-ray and UHD technology develops, 5.1 is becoming less the standard, and more the lower end, while 7.1 and Atmos/DTS:X tracks dominate. 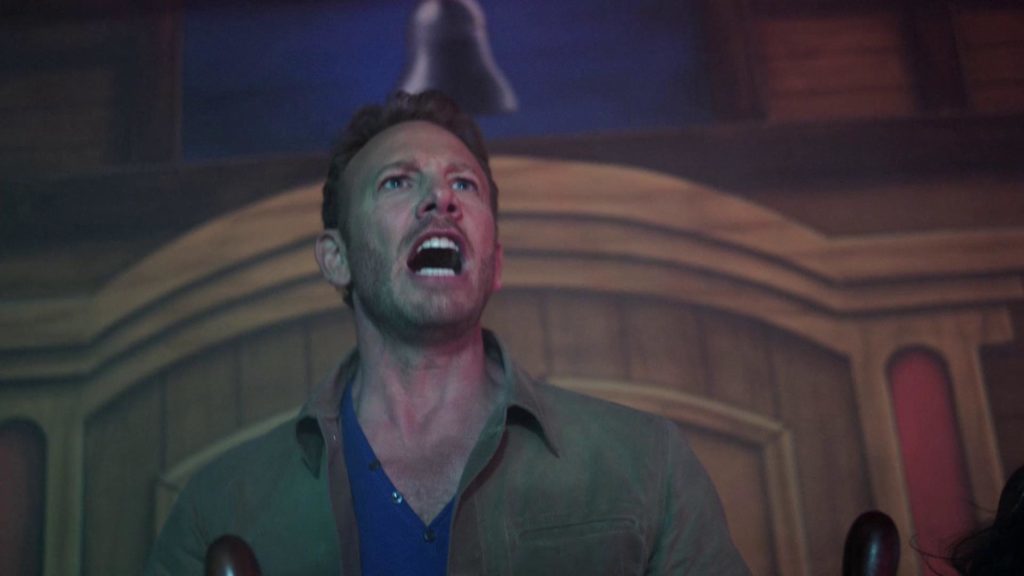 Sharknado: The 4th Awakens comes to us packaged in a standard Blu-ray amaray case.  Contained within is the standard Blu-ray disc and  nothing else.  No DVD copy or digital copy redemption pamphlet is included.  I would’ve loved to have this in my ultraviolet library for easier streaming access while I’m traveling, but it is what it is.

One could be found asking what they would include in terms of additional content when releasing Sharknado: The 4th Awakens, and after browsing through what we’re given, I couldn’t have asked for more.  Included with this release is:

Note: My player indicated that there were two audio tracks for the film, however upon further inspection; the one labeled as a Dolby Digital 2.0 audio track was actually the audio commentary for the film.  The film itself has a single audio track that’s available. 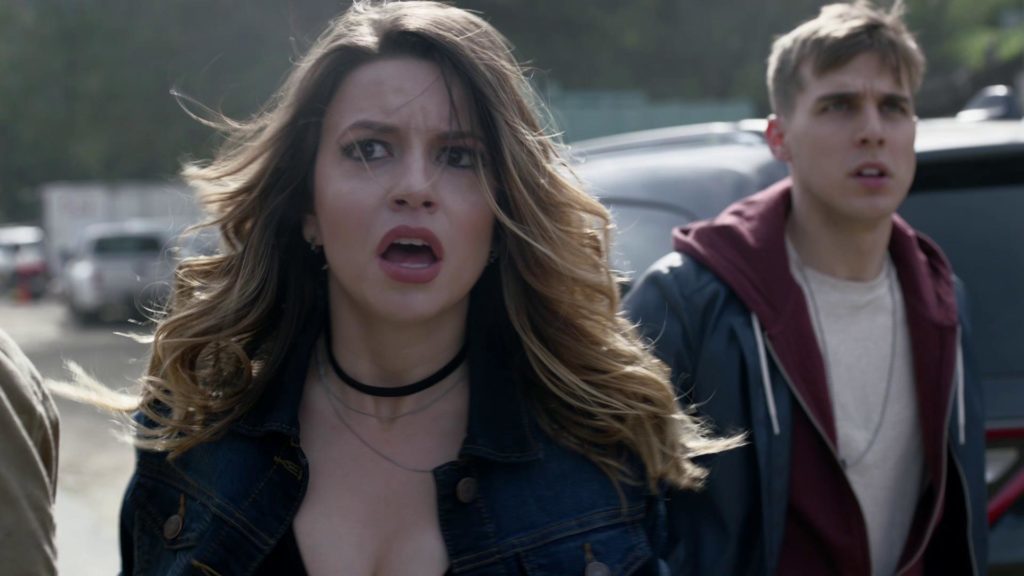 Overall, I had a lot of fun watching Sharknado: The 4th Awakens.  While I personally enjoyed the three previous films more than I did this one, it definitely was an experience that I didn’t expect.  Witnessing ideas that I would have never expected in a film, this film is most definitely an experience for those who have been following the series since its conception.

As an added bonus, there are quite a few cameos from notorious people in the entertainment industry that was just enough to bring a smile to my face.  Included in the cast, we are graced by the addition of Corey Taylor (lead singer for Slipknot), Carrot Top, Gilbert Gottfried, Dog The Bounty Hunter, Vince Neil, Wayne Newton, Dr. Drew, The Chippendales, Steve Guttenberg, Paul Shaffer, and Christine (the car known from the Stephen King series).

The overall presentation was both visually and audibly more than acceptable, however as mentioned earlier, I would’ve loved a more immersive experience.  The packaging is rather barebones as it’s strictly only a Blu-ray copy of the film and I would’ve loved to have this in my digital library.  If you’re like myself and have been following the Sharknado series since it originally released a few years ago, definitely pick this film up for your personal library.