The Shallows is a 2016 American survival thriller film that features a surfer played by Blake Lively who gets stranded a mere 200 yards from the shoreline and finds herself in a situation where she must use her determination and wit to survive a shark attack. This film made its US cinematic debut in June of 2016, and overall received positive feedback from critics. In the end, it grossed $116 million against a $17 million budget; a massive box office success.

This film tells us the story of Nancy Adams, who travels to a secluded beach in Mexico, where her recently passed mother had gone while she was pregnant with Nancy.  This beach is known throughout the film as “Mother’s Beach”, and it’s quickly apparent that she’s not only trying to get a break from everyday life, but trying to have one last connection with her mother.  However, her trip takes a turn for the worse and things really begin to go unexpected.  Will Nancy manage to make her way back to the beach and survive her potentially disastrous circumstances? 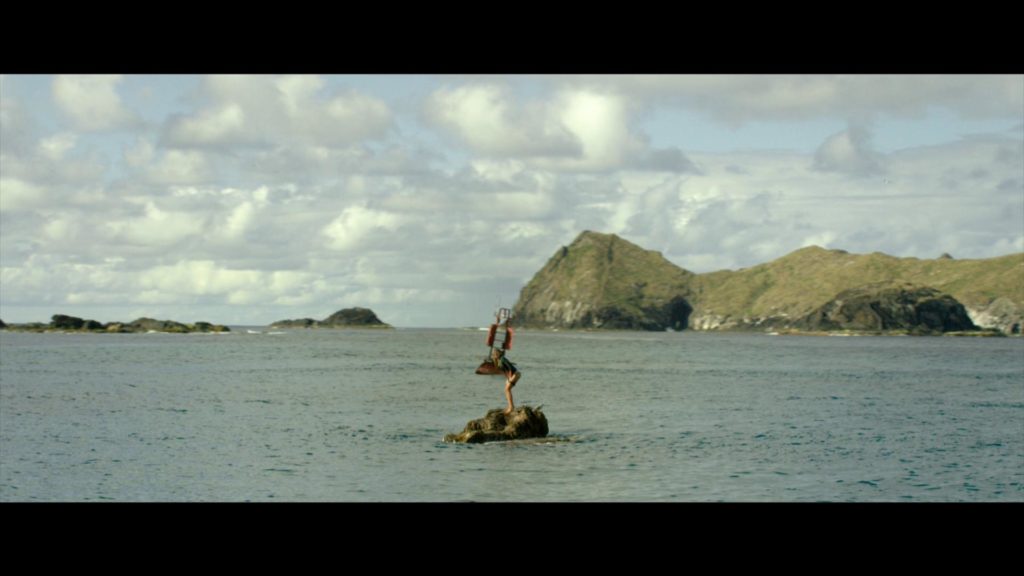 I absolutely loved The Shallows and everything that it had to offer.  This film did a fantastic job at allowing the audience right into the feelings of Lively’s character.  The fear, the determination, the overall situation that she finds herself stuck in; it felt as if I was right there.  It felt as if I was stuck in the middle of the island trying to figure a way out.  I know if I were really stuck in a situation like that, I’d be crying like a damned baby.  However, to see Lively’s character work various things through her head, thinking things through at her attempt at saving her life, I too found myself personally trying to visualize how things would work out for her. Not since Jaws has there been a solid, shark-driven thriller that wasn’t some cheesy B-movie, so it is nice to see The Shallows revisit the monster of the deep and bring back the shark as one of Hollywood’s most famous villains. 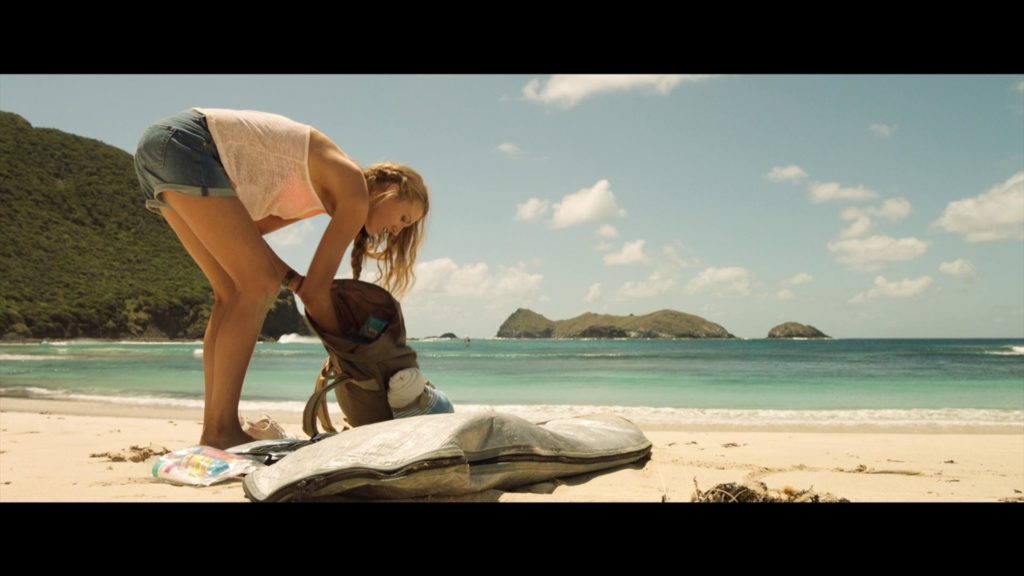 Coming at us in 2160p, the 4K UHD release of The Shallows was absolutely phenomenal. I looked at this film both with and without HDR on two different TV sets, and regardless of how you’re viewing this film in 4K, it looked beautiful.  The Shallows gives us a brilliant range of colors, really making my desire to visit a beach thrive, while also allowing for a complete visual experience during the nighttime hours and darker scenes.  As my fiancee and I progressed through this movie, we were able to see and completely understand everything as it played out on my television. That being said, The Shallows was only shot at 3.4K resolution, and was finished at 2K, meaning that this is not a so-called “true 4K” release. I am sure that the Blu-ray looks fantastic as well, but the inclusion of HDR is really the biggest selling point here, and it creates an absolutely stunning image. 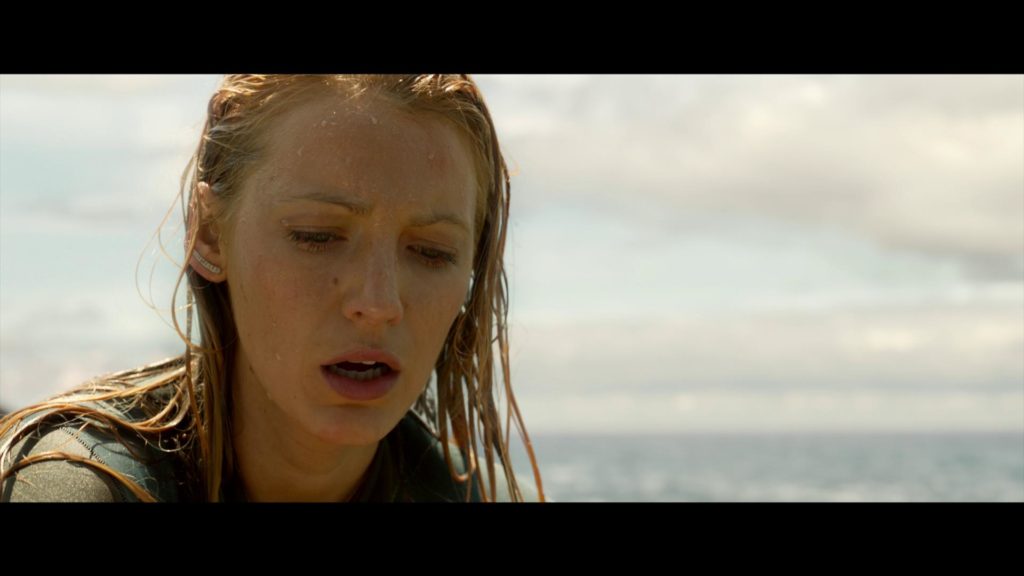 Have I told you guys how much I love the use of Dolby Atmos in releases?  The Shallows certainly does a fantastic job at making use of this technology, allowing us to really feel as if we were right in the middle of this film, as if we were right there on the island with Nancy.  From every moment, calm to stressful, I was able to close my eyes and personally visualize the events as they unfolded.  The inclusion of the films musical score really did a fantastic job at relating to the story. As the stressful events were building up, hearing the thud of the bass coming from my SB-2000 subwoofer from SVS, really made both me and my floor shake.  This film really wants the audience to know that something was coming up and make sure that our eyes were glued to the screen. 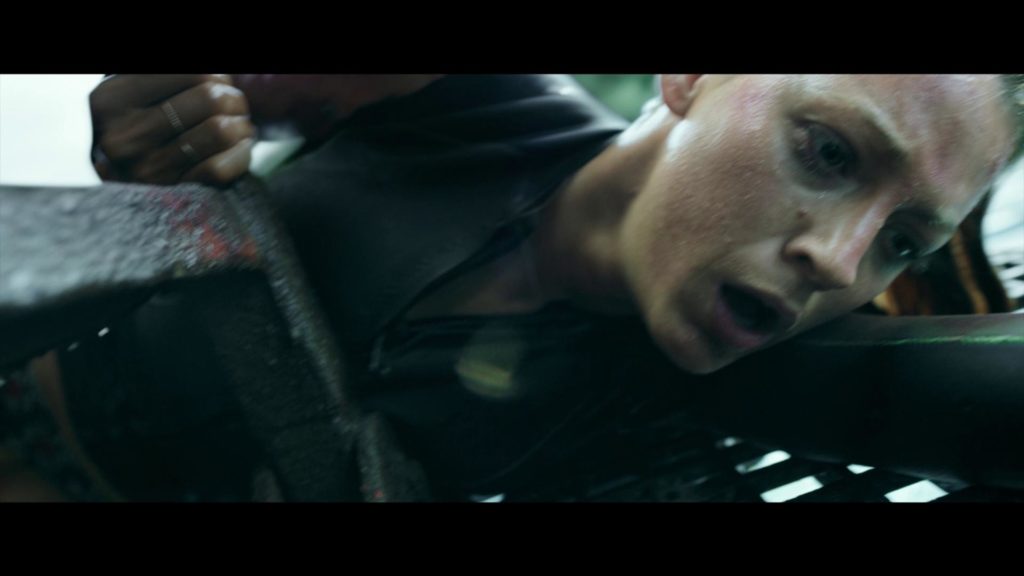 The Shallows comes packaged in your standard amaray case like all other 4K UHD releases.  Contained within this release is your 4K UHD Blu-ray disc as well as your standard Blu-ray disc of the film.  There is no digital copy contained within this release, which is a real shame because it would have been fantastic to have this film in my personal digital library. There is a digital copy included with the Blu-ray, however, so it was definitely strange not to have one offered here.

Like most other 4K UHD releases, the additional content for The Shallows comes available to us on the included Blu-ray disc as there are no additional features on the UHD Disc.  The 4K UHD release does include a slipcover with its first run that has a very nice piece of lenticular artwork.  Included with this release is: 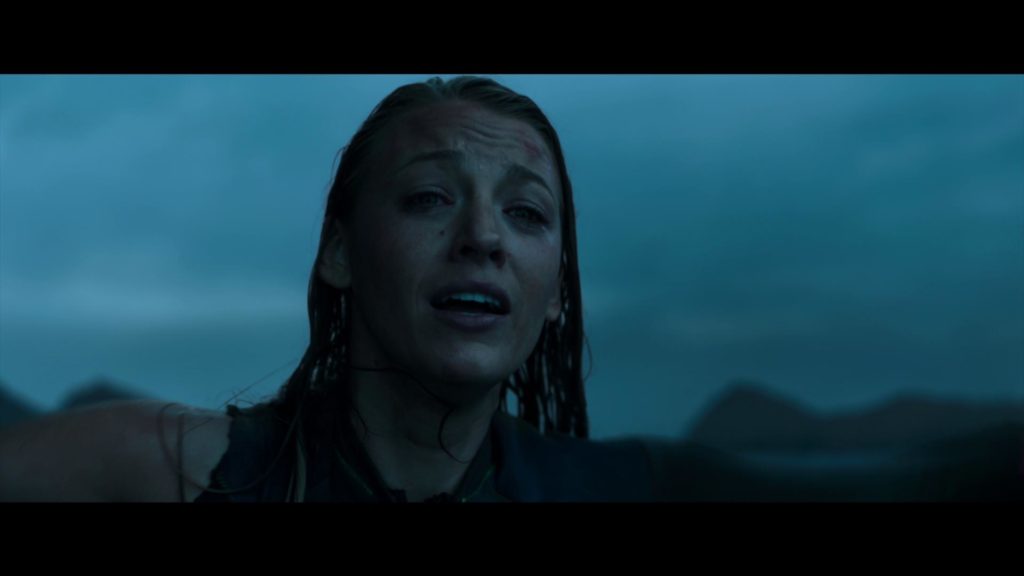 Overall, I was really glad that I had picked this film up.  Despite seeing a lot of negative comments being made about this film on the /r/dvdcollection subreddit, The Shallows really is worth checking out.  It comes packed full of extremely stressful situations, which constantly left me thinking about how I would handle a similar situation.  The audio and video presentations of the UHD release were beautiful.  Running through some test scenes on my non-HDR television and ultimately watching it on my HDR television, there is a clear difference in presentation. However, even if you don’t have HDR on your 4k TV, grabbing the UHD is definitely recommended!