With the title Sex, Murder, Art, you can’t help but be intrigued about what lies inside. Nekromantik 1 and 2, Der Todesking (The Death King), and Schramm are the films included in this set that was released recently by Cult Epics.

The set is a collection of work from the controversial director Jorg Buttgereit, a man responsible for one of the most bootlegged horror films of all time (Nekromantik), and for making people uncomfortable and borderline sick while watching his movies. He does shock and horror really well, and some of his themes go above and beyond when it comes to the taboo. So without further ado, let’s get into it.

There are four films in this set. I’ll briefly cover each one.

By far the most famous of the Buttgereit films, Nekromantik tells a grisly love story of an awkward street cleaner who brings a dead body home from work to his strange girlfriend. She is not only sexually aroused by the corpse, but also quickly becomes sexually involved with it as well. In fact, body parts and all things grotesque seem to be the norm for these two, who bathe in the blood and perform all sorts of acts involving various body parts of the deceased.

When this street cleaner loses his job, he soon loses his girlfriend as well, who takes the body with her. Feeling at the end of his rope we watch as he copes with a life devoid of meaning.

Nekromantik pushes the envelope when it comes to what most people would be able or willing to watch on screen. In fact, when filming was done for this film, the German government took the reels away from Buttgereit, who had to fight them in courts to get his footage back. Since banned in many countries, this film was one of the most bootlegged films during the VHS days, and is one of the more popular cult horror films out there. I can’t say this is a ‘good’ film, but there is something satisfying in the macabre that has made this one famous and popular.

Der Todesking, or The Death King in English, is a homage to death that Buttgereit released in 1990. Split into seven chapters, each taking place on a different day of the week, this film explores death in a way that you never see these days. With the passion and dedication to the subject that is clearly visible in this one, I can see why this is a proclaimed piece of art, but at the same time, it can be hard to watch. I found it hard to focus on the story for this one, and that may have been the pacing, but also is likely due to the fact that I didn’t feel a connection to anyone in the film. I think I was supposed to bond with the idea of death instead, and it just didn’t sink in for me.

Anyone studying or wanting to get a real look at death as a subject should start here, though. Der Todesking definitely leaves an impression.

Nekromantik 2 continues the story of Nekromantik pretty much directly where we left off. When the runaway girlfriend returns to the grave site and digs up her boyfriends body to take home and sleep with. This time, she tries to hide her necrophilia tendencies from others in her life – particularly her new boyfriend, who is starting to think something is strange with her.

As with Nekromantik, this film is going for shock, but seems to be a bit more bloody and a bit less of the extreme necrophilic acts, which made this one a bit easier to watch. I definitely was able to establish some level of connection with the characters this time, which I failed to do in the first. I can’t say I wanted them to get what they wanted, but I certainly wasn’t completely apathetic this time. I will say that the ending of this film had me both laughing my ass off as well as sort of feeling a warm feeling that any good romance title will put you through.

The Nekromantik films are ridiculous, and not for everyone (I’d go so far as to say they are for very few people), but if you can stomach them, they sort of have a cult charm to them after all. It took me watching both to get this, though. Nekromantik 2 has an almost redeeming quality to it that will help forgive some of the crazy things in the first. Or maybe I just have gotten desensitized to it by the time I got to this film.

Schramm is the last title in this set, and the most recent one as well. This 1993 horror film is told from the perspective of a psychopathic serial killer as his life flashes before his eyes as he lies dying. Yes, I said horror this time. This film definitely fits more closely to the standard serial killer genre than the others in this set. Don’t get me wrong, there is still plenty here that pushes boundaries, but overall this one felt more in line with something viewers are more used to.

The cool thing about this film is how eerily honest it feels. Buttgereit has found a way to portray the mind of a killer so well that throughout the film you’ll get an uneasy feeling over subtle differences in the most mundane of things that the killer does. The whole time you’ll be wondering if these minute differences are all that separate us from the pyschopathic killers that are out there waiting for us.

This one was by far my favorite of the set. It was the most realized, in my opinion, and you can definitely tell that Buttgereit really picked up things along the way that helped transform his work into something shocking and hollow with Nekromantik into something real and unsettling with Schramm. 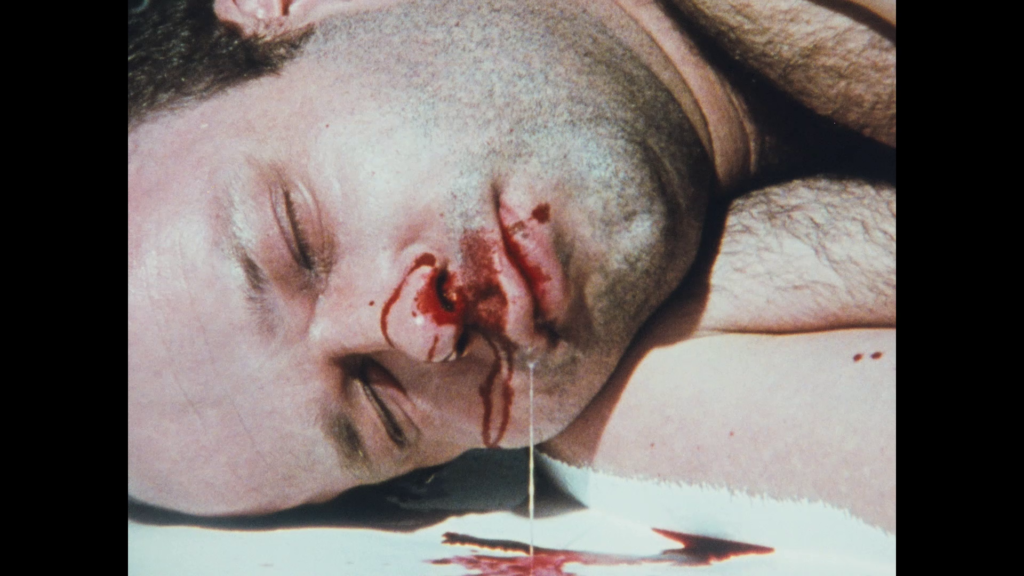 Having never seen any of these films prior to review, and only going off of what I’ve heard on the internet, these films definitely shocked me, but they weren’t as horrific as I was expecting. Part of this, I’m willing to bet, is that the internet has desensitized me to a lot. Even so, these films push what I’d be comfortable watching more than once. It’s hard for me to recommend these to anyone unless they were looking for shock and dread.

But hey, if that is your cup of tea, these movies have those in spades.

The picture quality ranges in this set, considering the films span a number of years. As you progress through the films you will definitely notice the improvement of quality as time goes on. While it starts sort of rough with Nekromantik (there is a noticeable amount of grain and dirt, I felt), Schramm ends the series on a high note and looks quite good (comparatively).

The aspect ratios that these were shot in will leave you with a lot of empty real estate on either side of the screen, but it’s hard to fault the films for the screen formats of the time. Honestly, the 4:3 aspect ratio sort of adds to the tone, sending you back to the VHS tape days on your small tube tv.

I had fun with the films, and even when the quality wasn’t the best, it seemed to dip in a way that was more charming and forgivable. I think this set looks great for what it is. 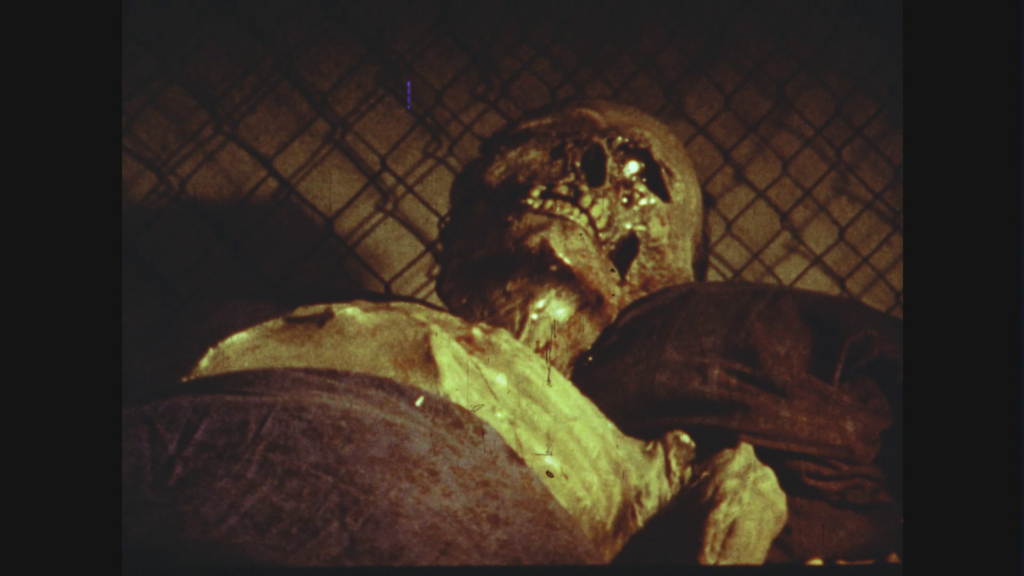 The audio quality is really hard to judge on this set. For the most part, these movies sounded about as good as you’d expect. There is a sort of hollowness that you get in a lot of older horror films, especially with the soundtrack (which is included in the set). There are plenty of synth tones to go around in these movies, which is charming in it’s own way. This set isn’t, however, anything special to write home about, in regards to the audio quality.

Also note, it appears that there are some instances of typos in some of the subtitles throughout the set. Nothing too aggregious, I don’t think, but worth noting if you don’t speak German.

Cult Epics has gone above and beyond in this set. Not only do you get all four movies on four discs with their respective special features, you also get a 40 page booklet with interviews and exclusive photos, as well as soundtracks to all four films on two CDs. The only thing that stops this set from getting a perfect score is the fact that the slipcase on the outside is a tad on the flimsy side, and mine was sort of roughed up in transit. I would have liked to have seen a more sturdy cardstock used. 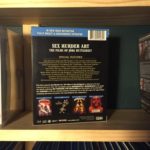 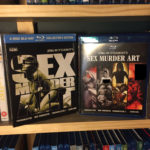 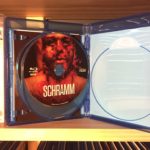 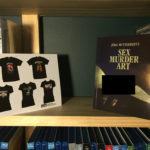 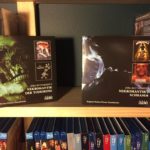 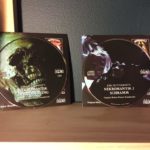 Again in the theme of above and beyond, Cult Epics have packed a ton of extra content in with these movies. If you are at all wanting more after seeing these films, you will be more than satisfied.

Included in this collection are:

Shock and horror. If you can stomach some truly grotesque imagery, then this set might be up your alley. There are things here that are just plain uncomfortable to watch, which is part of the appeal. There is a cult charm to these films, and having them all in one nice package is the perfect way to grab these.