There is something inescapably enjoyable about watching Seeking a Friend for the End of the World.  A different kind of comedy relying on one component…heart.  Something that only seems to grow as the film moves closer and closer to the end of the world.  Director Lorene Scafaria, better known for her involvement with films like Nick & Norah’s Infinite Playlist and Coherence, finds a bit of magic with this film.  She finds that sweet spot, a rare occurrence when watching a film, that only happens once in a great while…you get lost.  Lost in a moment, lost in a feeling, or lost in a character. Whatever it may be – it is a rare combination of just the right circumstances having occurred: a decent script, the right cast, and something else altogether, something you can’t plan on.  It’s something that happens between the film and the viewer. This movie has it in spades and it only becomes more apparent as the movie progresses.  In what seems like an effortless performance, we witness a winning combination of heart and beauty as we follow Steve Carell’s journey through his seemingly doomed world. 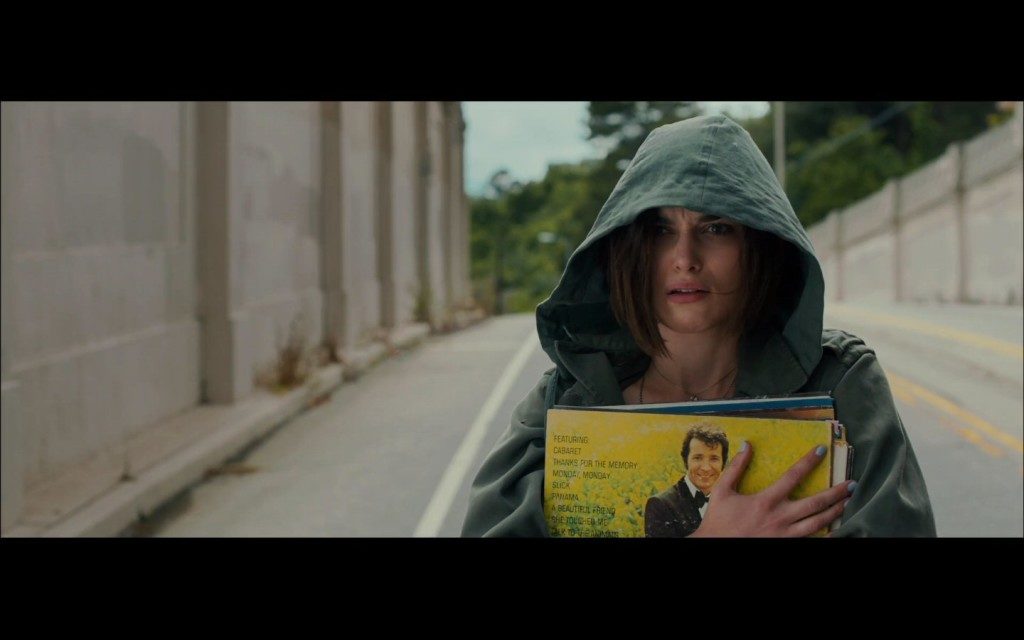 The movie follows Dodge (Steve Carell) as he is trying to find himself, as well as the love of his life.   All the while he is trying to navigate through the hectic, albeit funny (at times), world he is left to wander. While most around him lead their remaining lives in a constant state of no regrets and a “do-whatever-I-want” attitude, Dodge finds himself trying to hold onto purpose , onto hope. Enter Penny (Kiera Knightly) – the antithesis to everything Dodge tries to hold onto. She is wild, quirky, and spontaneous. She is literally late to the party that is her own life. It is this quality that bring the two together. Penny has missed all the planes that would have been able to take her to home to England to see her parents and Dodge promises to take her to someone who has a plane. As the story progresses we find ourselves involved intimately with these characters. The setting for the movie allows a sort of intimacy and vulnerability that is usually not attainable without coming off like you are pandering to the audiences need for real emotion. With one of his best performances (pre-Foxcatcher of course) Steve Carell seemingly bares all, coming off completely and utterly genuine. 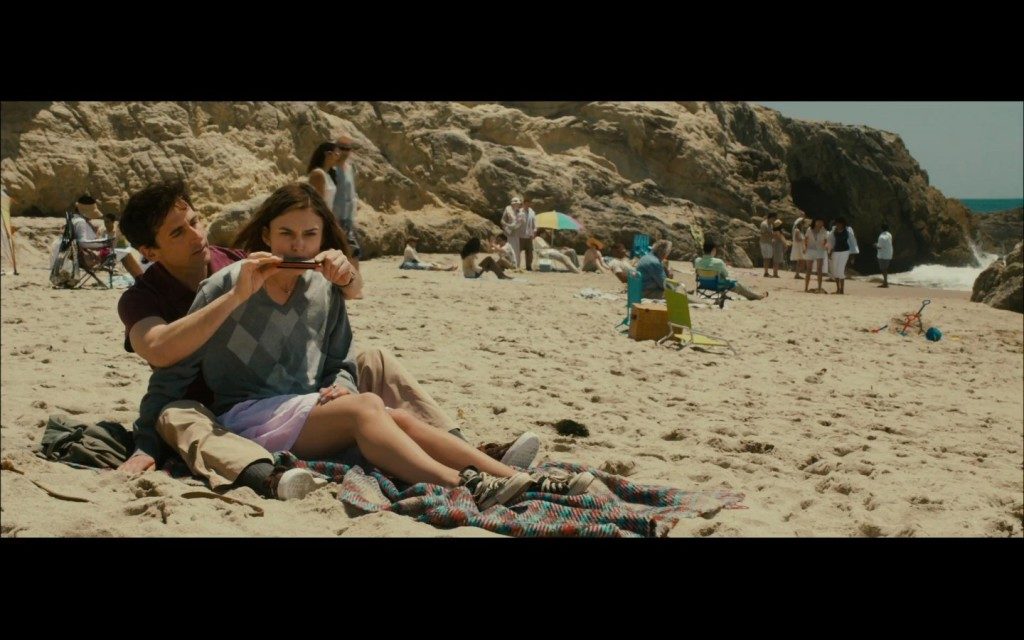 The film seems to have been shot quite effortlessly. Cinematographer Tim Orr does a great job of letting the audience interact with the characters without making us aware of any particular filming method.  This goes a long way in the telling of this story because it inevitably is the key factor in driving us so deep into the story.  The transition to Blu-ray seems quite beautiful and natural seeing how the movie was shot using a Arri Alexa and the 2.8k resolution is more than enough to maintain the films integrity on the small screen.

Something has to be said about the choice of soundtrack, it’s a seriously smart play when it comes to just the right combination of sentimentality and timing.  One moment in particular comes to mind when Dodge is listening to a record toward the end of the movie and The Walker Brothers’ “The Sun Ain’t Gonna Shine Anymore” plays, which might be one of the most perfect moments in film I have experienced in a rather long time.  The movie was transferred seamlessly, there doesn’t seem to be any audio issues during home viewing regardless of the rather abrupt changes in scenery from ultra loud riots to quiet conversation, it maintains a very agreeable level for home viewing. 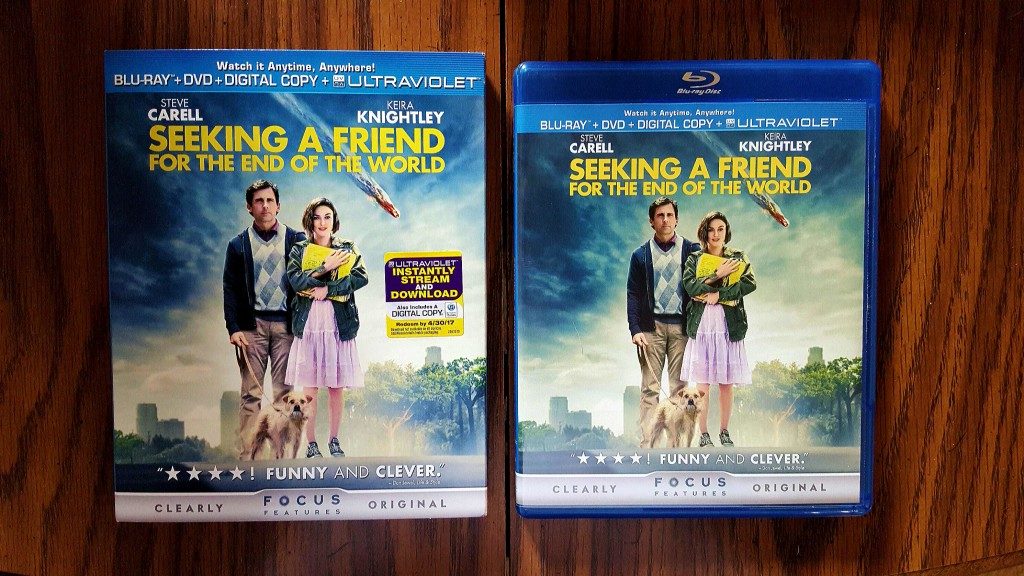 The version I received came in rather standard packaging, two disc Blu-ray/DVD/Digital Copy combo pack with slip cover. There is something to be said about the fact that the slipcover glides on and off without any problems with the inner plastic but of course this may vary from copy to copy. 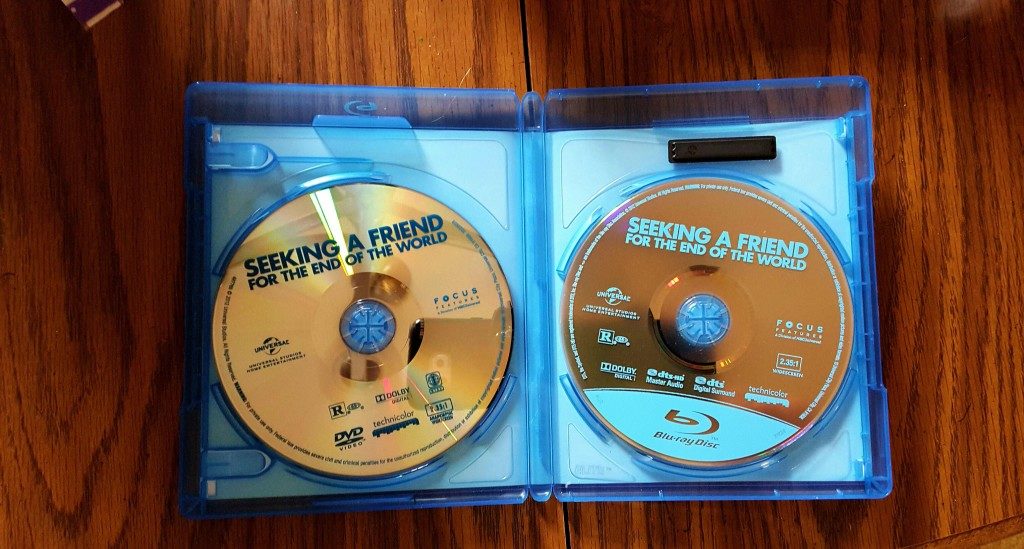 Not surprisingly, there is not an overwhelming amount of special features included with this edition.  However, with such a great film I was, admittingly, hoping for more. I was, however, really disappointed with the “Music for the End of the World” by far and large. It was the best opportunity for an all around great bonus feature and they just missed the mark.  The Special Features are as follows: 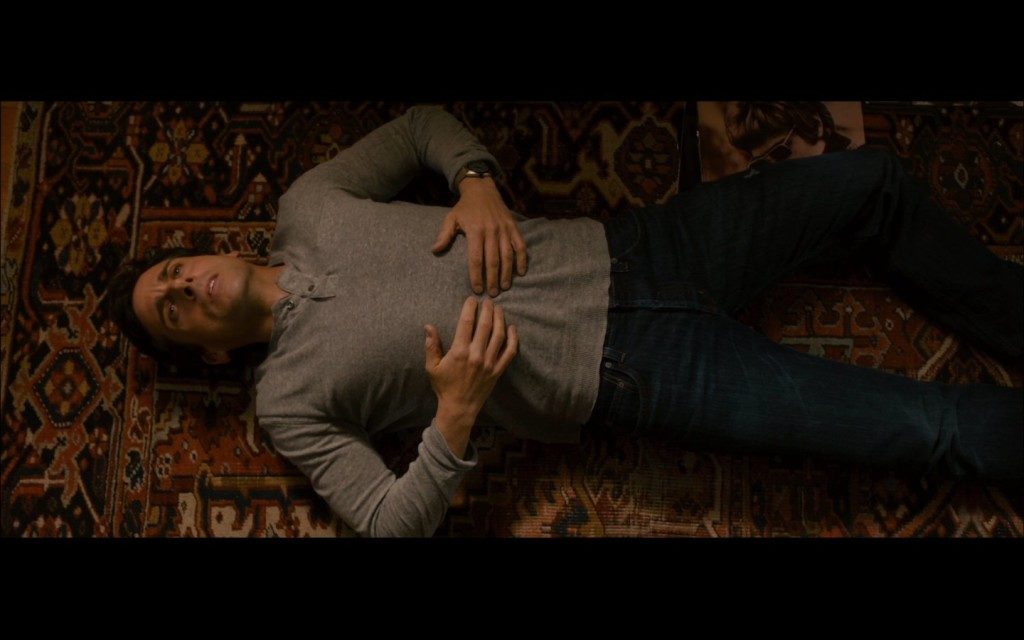 I cannot say enough how much this movie has grown on me. The chemistry of Knightly and Carell mixed with just the right amount of sentimentality, romance, and comedic moments makes this film a no-brainer.  Everything about this movie should have been a disaster, with its terrible timing for release, poor publicity, and unclear genre type but it all clicks.  It’s a beautiful film with more than a lot of heart and I highly recommend it. You can purchase this edition of the film HERE.