In 1947, Samuel Goldwyn’s The Secret Life of Walter Mitty was not exactly what author James Thurber had in mind when he wrote his short story five years prior.  Fast-forward to sixty-six years later and it would seem the production company was ready to try once again, this time using acclaimed Director/Actor Ben Stiller to guide the film to success. In this magnificent triumph of imagination and rebellion we see Thurber’s story come to life in a different, yet suiting tribute to the original short story. 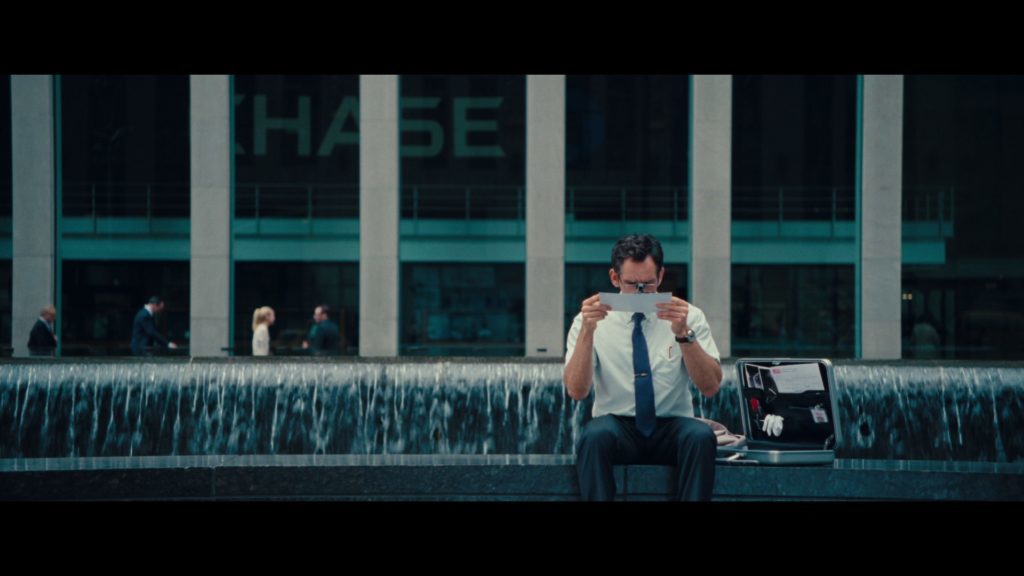 Our story follows Walter Mitty, a pencil pushing nobody who achieves more through the power of his imagination than he ever seems to muster the courage to do in real life.  Walter has been working for Life magazine for the past sixteen years. One day, he comes in only to find out that it has been acquired and is going to be stripped down and turned into “some-sort-of-dot-com-thing”.  Soon after he finds, for the first time, he is unable to do his job and cannot find a negative for the picture that is set to be the cover of the final issue of Life magazine.  Walter finds himself on a hunt that takes him all over the world to find the man who knows its location, all the while discovering that real life can be much more rewarding than anything he could have imagined. 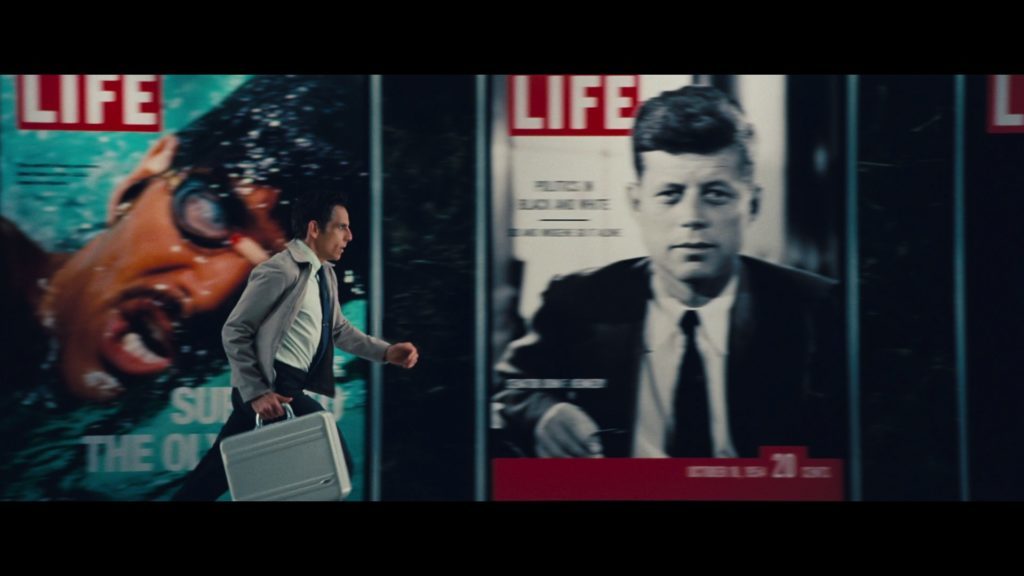 There are many great things about this film and the picture is certainly one of them.  With bright, wild, and action filled imagination sequences offering constant eye candy for the viewer it is only natural that the transfer to Blu-ray is stunning. Stiller made the decision to go with film early on, forcing the cinematographer and director alike to get creative with their shots.  When filming, they chose to use slightly different filming techniques for the “real life” scenes and the imagination sequences making each shot unique and unforgettable.  Even if it is not noticeable, we have a very different feel as the end result.

A not so rare combination of indie rock hits and eclectic song choices comprise the bold soundtrack that is the background for The Secret Life of Walter Mitty. With a rather heavy influence on fantasy sequences it does become a tad bit trying on varying audio levels.  I very much appreciate the use of artists like Arcade Fire, José González, and Ryan Adams in a somewhat mainstream film. The music choice tends to throw the movie into a separate genre for me because it starts to feel more like an independent drama rather than the film it actually is, which as far as combinations go, it is a good one.

Unlike the film, creativity and imagination was apparently an issue when the case being created.  Here we have a simple slip cover with a somewhat memorable picture and an eco-case holding the disc within. Let me be clear there is nothing particularly wrong with this packaging, however there is just not much to separate it from the rest of the pack, which is a shame because the film works so very hard to do so on screen. 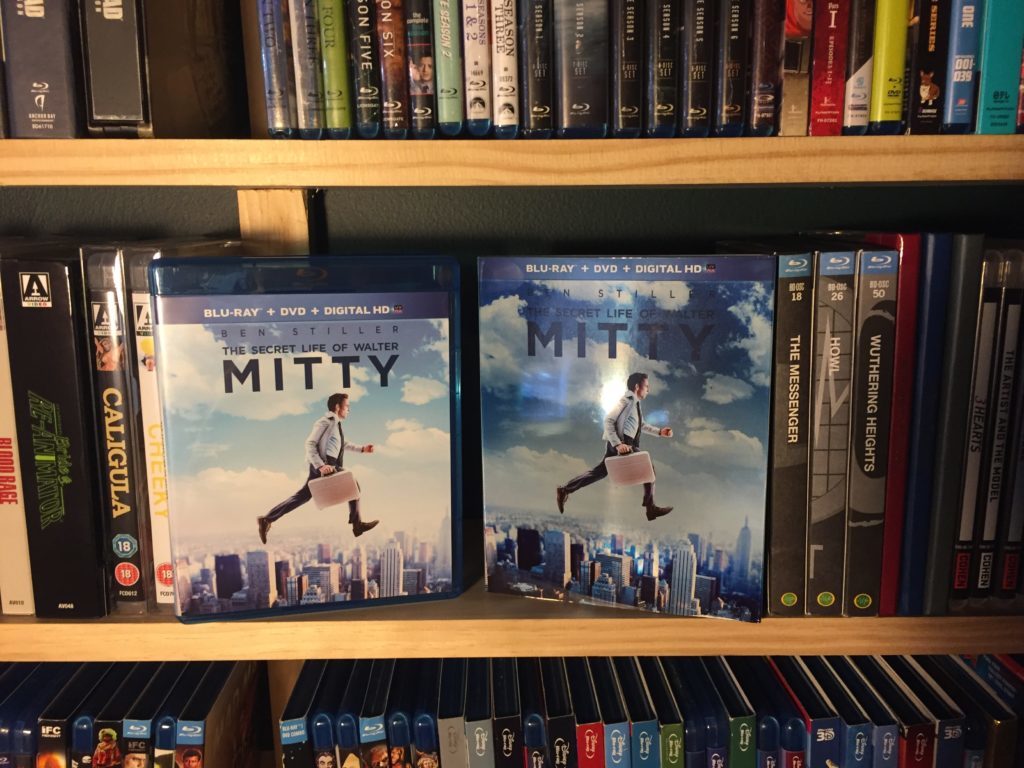 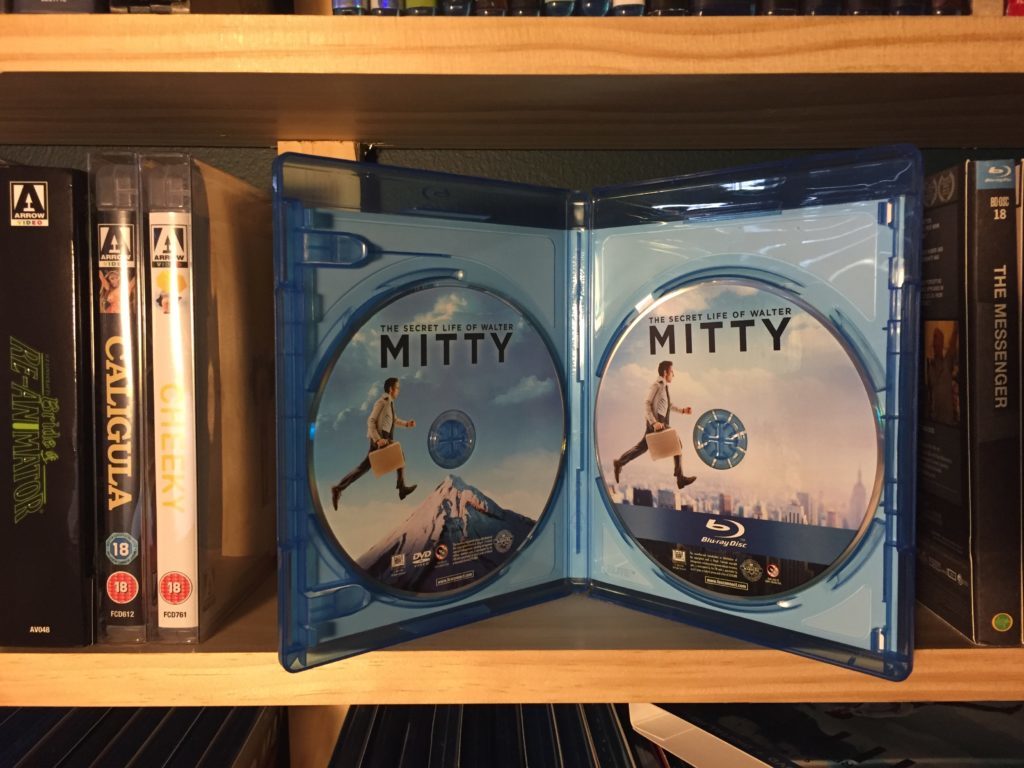 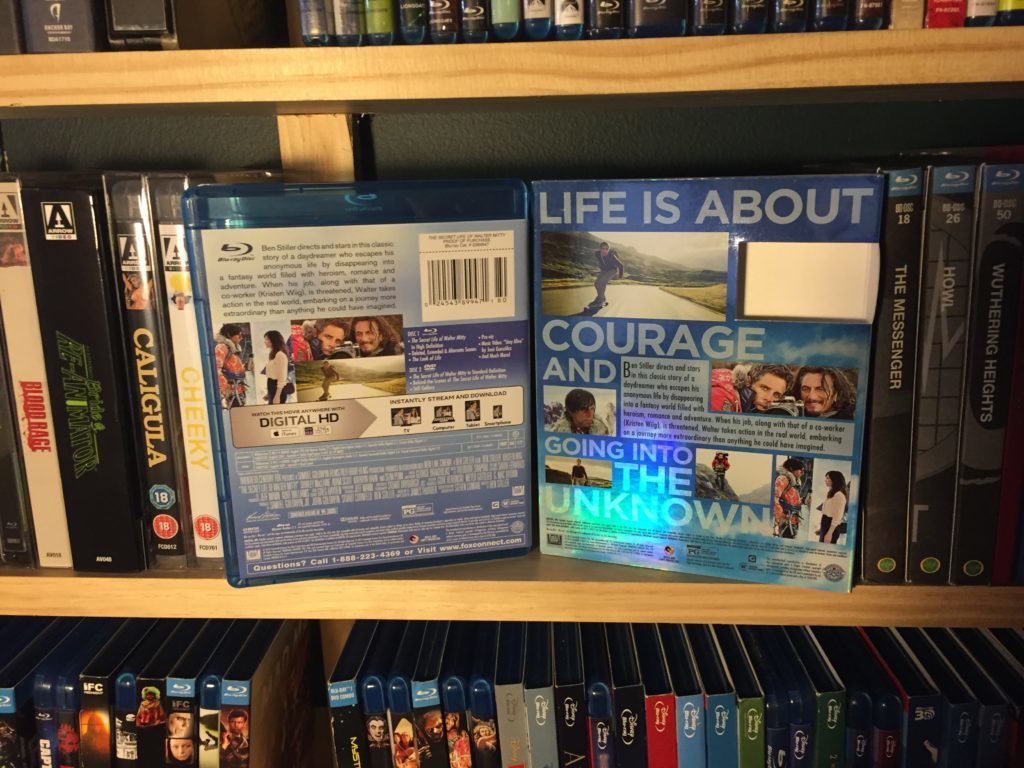 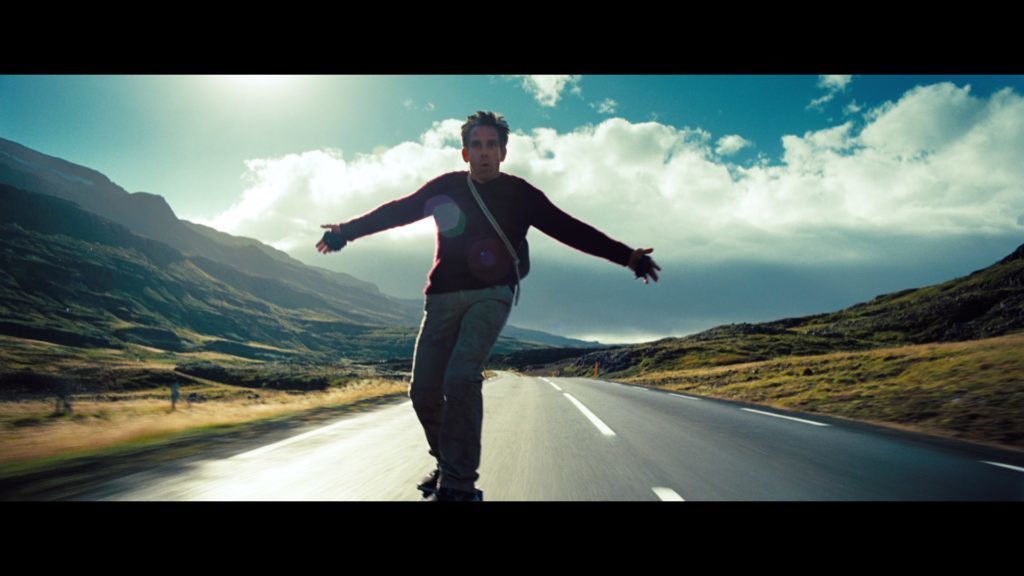 The Secret Life of Walter Mitty has a lot going for it and the special features are no different.  Unlike so many of its counter parts there are a lot of extras included in this. There is even features offered on both discs (Blu-ray and DVD).  The features are as follows:

This film really has a lot going for it.  It has all the elements of a really raw, appealing, down to earth indie film but with the cast and general appeal of a mainstream film.  Ben Stiller captures the essence of that line we all tend to walk between who we are and who we want to be. The film keeps you guessing as it continues to surprise us every few minutes with surreal dream sequences.  Ultimately, this movie has a lot of heart and soul and will make you want to get up and start living a life you have always wanted. You can purchase this edition HERE.