This film tells us the story of a Jack Russell terrier who goes by the name of Max. Max lives with his owner Katie in their Manhattan apartment. While she’s at work throughout the day, he hangs out with the other pets in the building, including a tabby cat named Chloe, a pug named Mel, a dachshund named Buddy and a budgerigar named Sweetpea. On one random day, Katie brings home a new dog that she adopted named Duke. Duke is a large shaggy mongrel from the pound. Of course with this new dog in his home, Max begins to feel a a bit jealous because of Katie’s divided attention on Duke. Angry by Max’s attitude towards him, Duke tries to leave Max abandoned in an alley and they are ultimately forced to fend off the scary aspects of being on the streets together after realizing they really only have each other in this situation.

The Secret Life Of Pets originally premiered at the Annecy International Animated Film Festival in June 2016 and made its US theatrical debut on July 8, 2016 by Universal Pictures. Overall, this film received positive remarks from film critics and ended up grossing $874 million worldwide, becoming the highest grossing animated film that was not produced by Disney or Pixar. 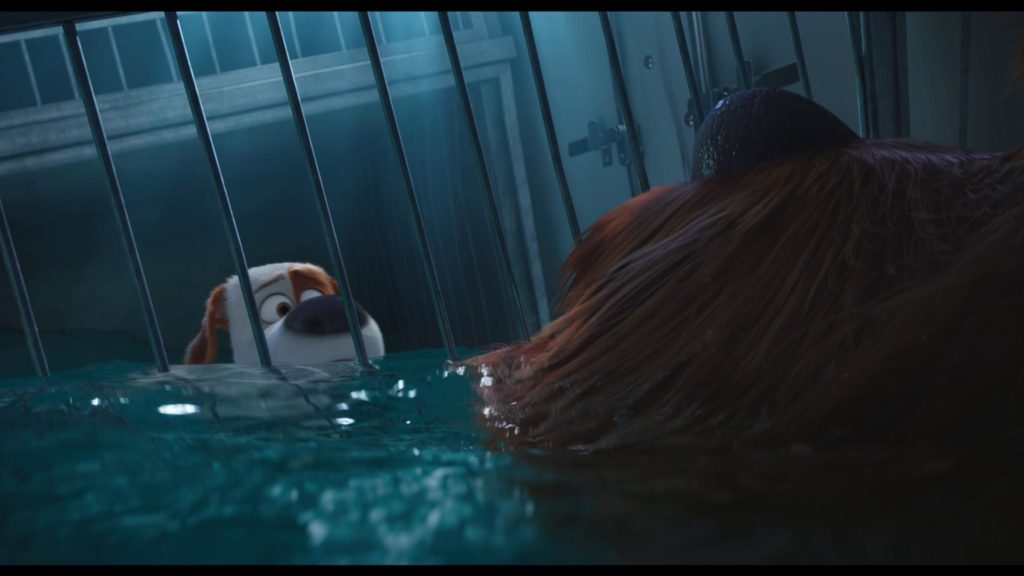 More often than not, my wife and I have found ourselves wondering exactly what goes through the minds of our two dogs; and The Secret Life Of Pets certainly allows audiences to dive right in.  Showing off all sorts of goofy, yet expected behavior by our animal companions, this film really is a treat for audiences young and old.  Upon first watching this film, I had some pretty high expectations given what was provided in the promotional material.  And I will be the first to tell you that this film met every single one of my personal expectations.  It was funny, it was adventurous; and overall, it provides audiences with some good and clean home entertainment.

As much as I’ve loved the 4K UHD format and the benefits of visual presentation that it offers in tandem with the use of HDR, after watching The Secret Life Of Pets, I’m beginning to move towards not purchasing animated features in UHD until they offer more than just the HDR counterpart in terms of visual enhancement for the format.  While everything overall looked really nice, giving home viewers a really vivid color palette along with sharp, crisp pictures, there really isn’t much of an added bonus over the Blu-ray counterpart.  Now, don’t get me wrong as everything looked fantastic on my living room TV.  I was able to visually make out and understand everything as the film played out; I’m just beginning to feel that it isn’t worth the extra few dollars when it comes to animated features.

The Secret Life Of Pets is considered to be a “Fake 4K” as the films animation was rendered at 2K and had a 2K Digital Intermediate.  If you’ve already got the hardware and are in the mood for continuing to purchase new releases in 4K UHD, then by all means.

Upon reviewing the technical specs of the case after getting home from work, I was wondering exactly as to why they decided to include a Dolby Atmos track for an animated feature like The Secret Life Of Pets.  And after watching through this film, I completely understand why.  A good portion of this film takes place in various parts of the inner-city and the additional depth this audio track offers for those whose home theater system makes use of the technology, it allows audiences to really feel as if they are right there with Max and Duke as they venture along.  The audio track of this release was beautifully presented, making sure that it was crystal clear and allowing audiences to be able to completely hear and understand everything.  Being able to hear the city traffic really stood out to me as I live in a pretty rural area and it was definitely noticed as we don’t experience much traffic at all.  Hearing the cars soar past the scene as the sound echoed through my SVS Prime Bookshelf Speakers made it feel as if my wife and I were right in the city.

The Secret Life Of Pets comes packaged in your standard 4K UHD amaray Blu-ray case.  Contained within that case is the standard 4K UHD Blu-ray disc, a standard Blu-ray disc of the feature film as well as a digital copy redemption pamphlet allowing consumers to add the film to their digital library.  This release also includes a slipcover with its first pressing.

One notable thing about this particular slipcover too, is that it appears to have a glossy finish to only the front that I haven’t noticed with my prior 4K UHD acquisitions.  The glossy piece of artwork on the front of the slipcover offers a much cleaner display than your standard cardboard slipcover.  While I may have not noticed this on my previous purchases, I can definitely say that it looks much nicer with this addition and has me wanting to go back and take a look at my other UHD releases to see if I was completely oblivious to this fact.

Unfortunately, just like every other 4K UHD release out there, with the exception of maybe two of them, The Secret Life Of Pets doesn’t include any additional content on the UHD disc.  All additional content and special features are made available on the included Blu-ray disc.  Included with this release is: 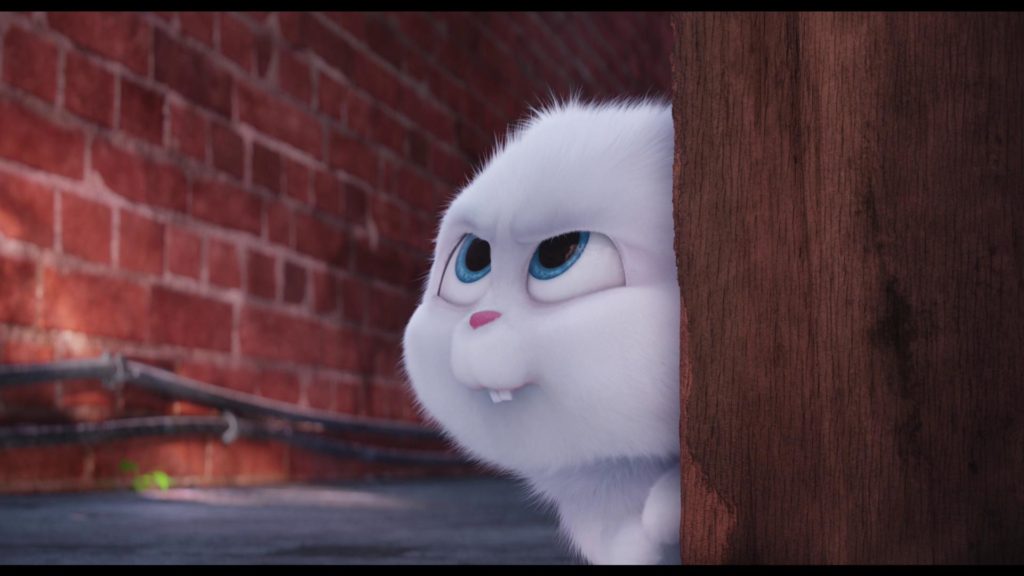 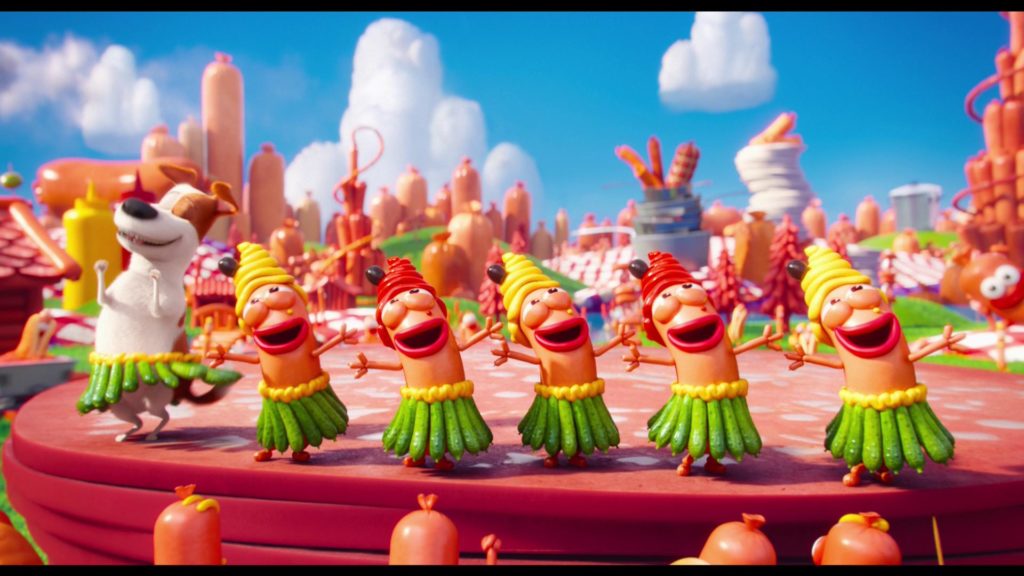 I thoroughly enjoyed The Secret Life Of Pets and everything that it had to offer.  This film is fun, and it offers a low-key adventure for audiences as well as the occasional laugh.  The story that’s presented within is maintained throughout and this film was able to keep my attention completely.  The overall visual and audible experience that is provided was really well done.  My only complaint is the lack of benefit the UHD release of animated features come with versus their Blu-ray counterpart and I’m sure I’m not the only one who would like to see more with this.  Other than that, I can definitely say that this film is worth the purchase.  If you’re one who’s after the 4K UHD release, then you can definitely order it from Amazon today; however, I would personally recommend grabbing the standard Blu-ray release. 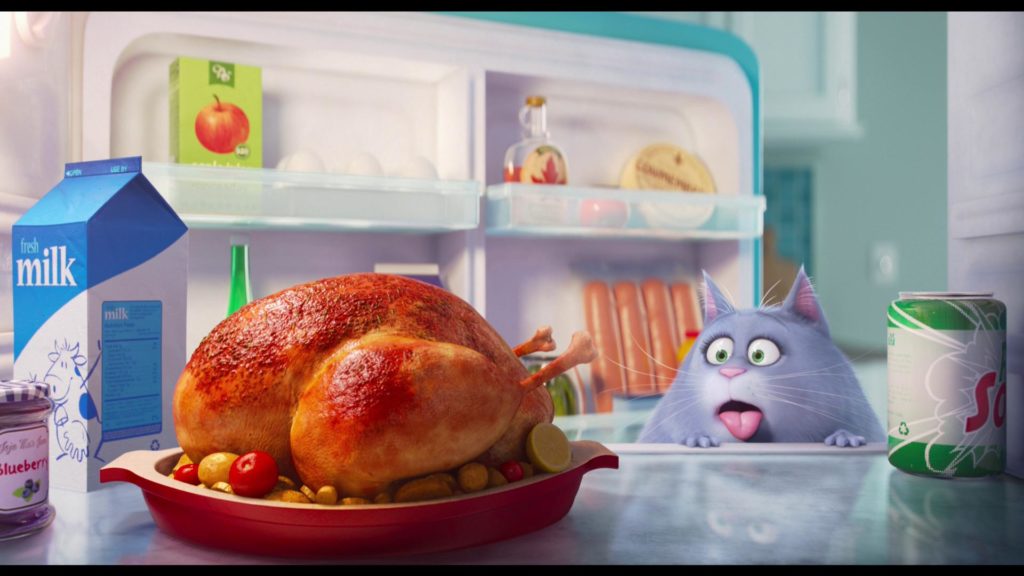