School of Rock is a 2003 American comedy brought to us by the famous Richard Linklater and starring Jack Black.  The story follows struggling guitarist and singer Dewey Finn, who is kicked out of his band and ultimately disguises himself as a substitute school teacher at an extremely prestigious prep school.

School of Rock received some highly positive reviews from critics on its initial release, and ultimately ended up grossing over $131 million worldwide, making it the highest grossing musical comedy of all time until it was beaten by the 2015 film Pitch Perfect 2.

This film features a cast that includes many notable actors, such as Jack Black, Joan Cusack, Sarah Silverman, and Miranda Cosgrove.  It’s surely a film that should deliver a great experience.

Having previously owned School of Rock on DVD, I took this opportunity to upgrade to the Blu-ray release, and I’m certainly glad that I did.  With this purchase, it gave me the opportunity to revisit a film that I once enjoyed very much.  It presents a very family-film style of story line that really is a great experience to be had by all who wish to visit it.

While some parents may not agree with some of the words that are used in terms of language choices, it really does add to the care-free attitude that Dewey tries to instill upon his students; allowing them to explore other possibilities that appear to be withheld from them by their parents.  By exploring this side of music, it allows the students to not only explore their creativity, but allows them to really not be so uptight about life. 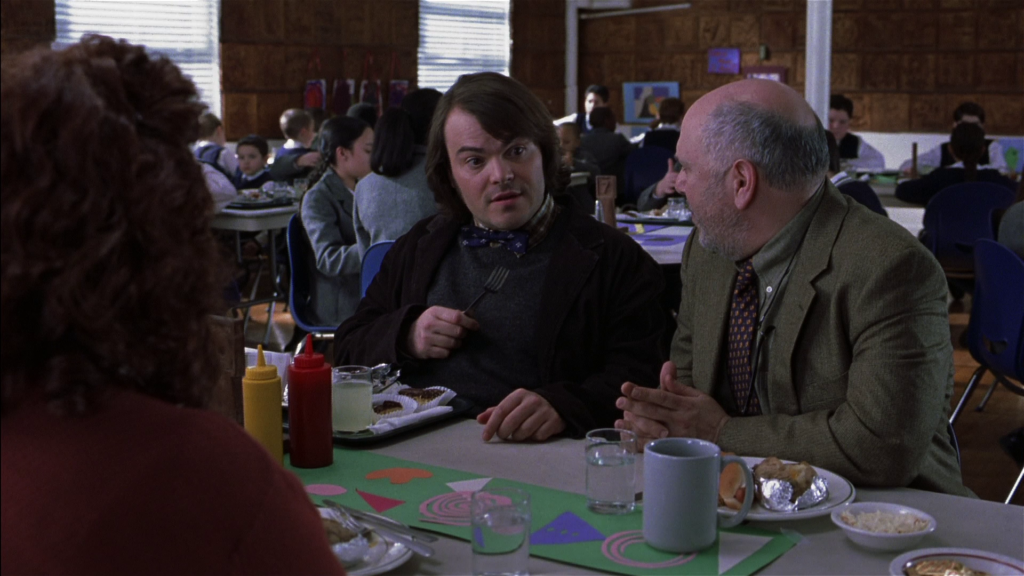 With having previously watched School of Rock on DVD, I was excited for the opportunity to explore it in 1080p.  I was certainly glad that I did because the picture quality of this release was crisp, clear and overall really clear and colorful.  Throughout the film, there are some scenes that take place in dark clubs as performances are occurring on the stage, and I had absolutely no issues with seeing and understanding the part of the story that was going on.  There were no issues making out the various performances in the clubs, and the rest of the film looks fantastic on Blu-ray. 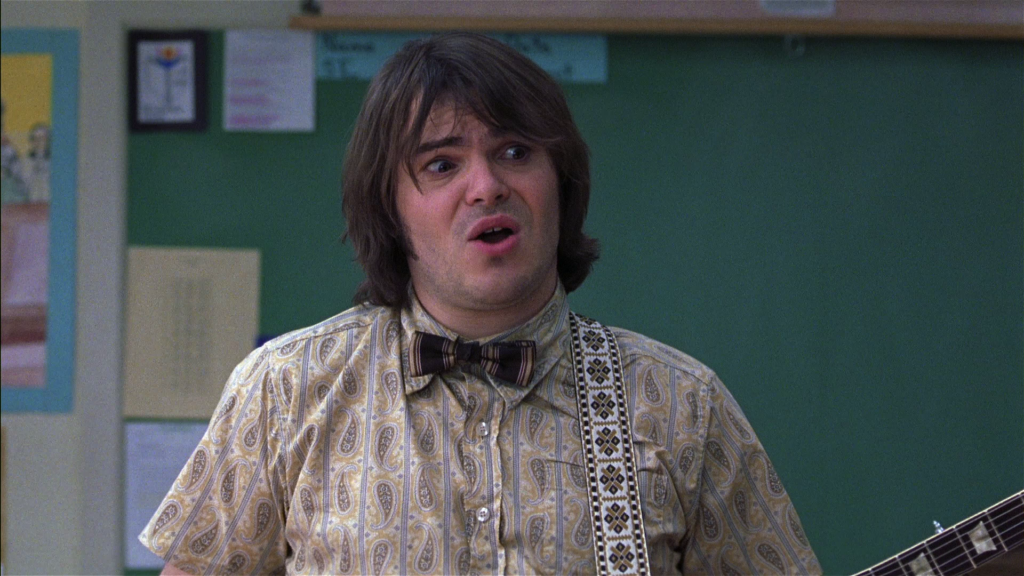 Sporting a DTS-Master HD 5.1 audio track, I couldn’t be more happier with this release of School of Rock.  While I am what I could consider to be a fanboy of Dolby Atmos and the use of elevation sounds, this movie doesn’t really have a need for Atmos in any capacity or even a 7.1 audio track.  The audible presentation was extremely clear, and I was able to completely understand everything without having to manually adjust the volume levels.

As we progress throughout the film, there are a handful of concerts that take place, and as they played out through my home theater, it really felt as if I were sitting there within the audience watching the bands perform. 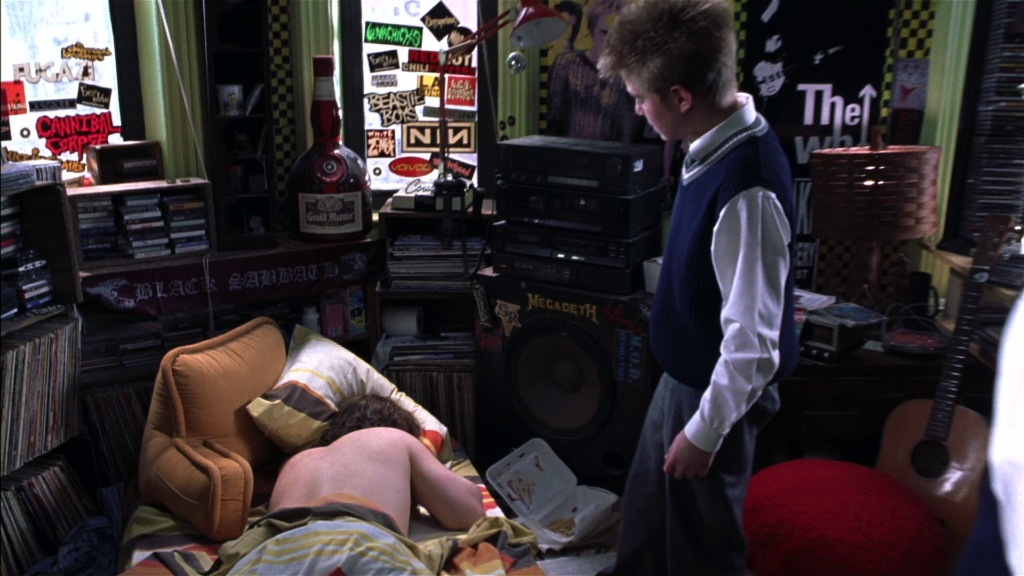 With regards to the packaging that School of Rock comes in, I am going to remain neutral.  I say this because the Blu-ray copy that I purchased for my upgrade was in fact a used copy, I have no way of completely and properly analyzing the original retail offering.  However it does come packaged in your typical amaray Blu-ray eco-case, with just the single Blu-ray disc included.

School of Rock comes jam packed with quite a few bonus features and additional content that really are worth checking out if you want to explore the film and this release even further.  Included with this release are:

Having originally watched School of Rock when it came out in 2003, and only owning this film on DVD, when the request came in from our reader Mason to review it, I immediately jumped on the opportunity to upgrade my copy.  Let me tell you, I am really happy that I did this because it has been such a long time since I had watched it.  My fiancee admitted to me that she had never seen this film, so it was great to essentially kill two birds with one stone.  This release has a phenomenal video and audio presentation that are an excellent step up from its earlier release.  After we finished watching it, I asked my fiancee her thoughts and she liked it.  While she did compare it to your average Nickelodeon family movie, she really did enjoy it.  I’m not quite sure if I would go as far as to say that it’s comparable to the films we see on Nickelodeon or any of those Disney Movie Channels, but I can see where she would get that feeling from.

School of Rock is a great popcorn flick where you can sit down with little to no expectations and still come out winning at the end of the film.  It is a great film for the family to enjoy together, despite your personal beliefs on the choice of language within the script.  If this film hasn’t found its place within your collection, or if you are like me and still own it on DVD and want to eventually upgrade it to Blu-ray, you can certainly grab it for a decent price from Amazon.

Lastly, I want to take a brief moment to thank Mason for requesting this film be reviewed.  Without his request, I wouldn’t have been so quick to upgrade my copy and revisit it. If anyone else has requests of films that they would like to see reviewed or have a topic you would like explored, be sure to send us an email or shoot us a message on social media. We are always open to accommodate reader requests! 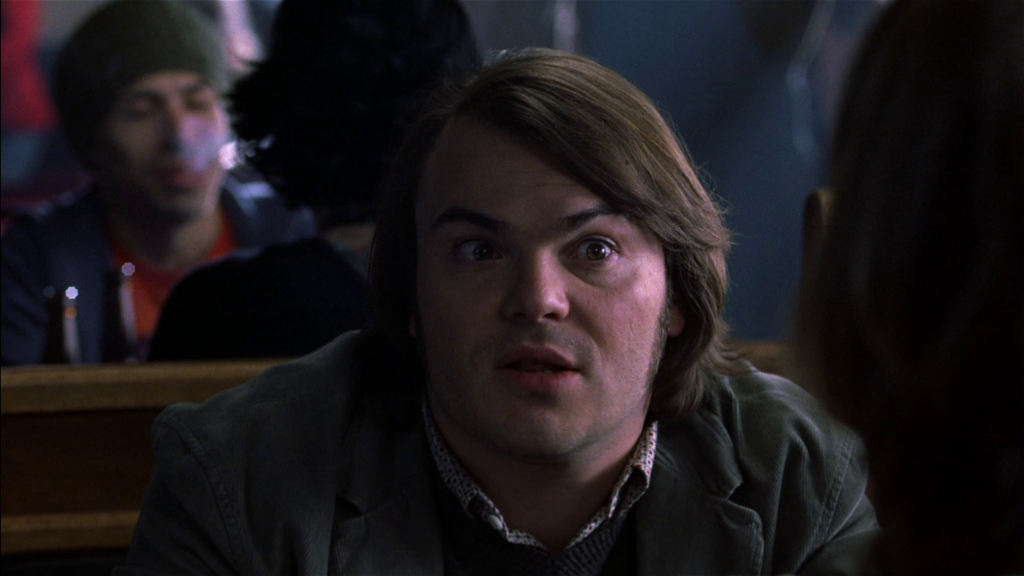