David Cronenberg helped realize the genre of body horror film. He is the man who brought us a very satisfying and even frequently preferential remake of the classic The Fly. But before The Fly, Cronenberg made those in the U.S. take notice with us an early example of his horror style in Scanners.

We are introduced to scanners, a group of people who have strong psychic powers. The types of powers vary a little throughout the film with the most basic being mind reading. The more powerful scanners have powers similar to mind control or telekinesis.

Early in the movie, we are introduced to two scanners of note who have very different levels of over their powers. We meet the powerful Darryl Revok who has such a mastery of his powers that he produces the iconic head explosion scene. You’ve probably seen this shot around the Internet a thousand times even if you’ve never seen the movie. 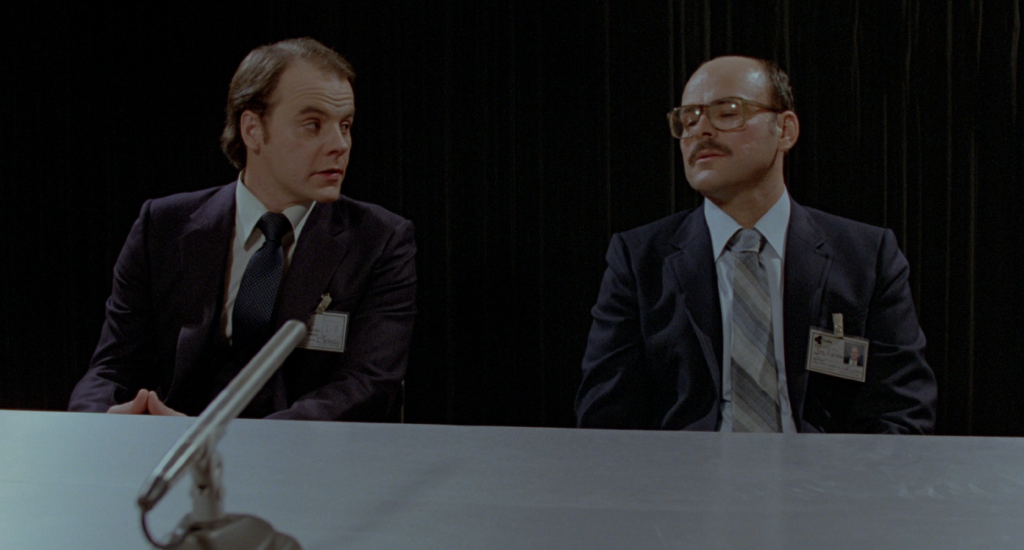 On the other side of the coin, we meet the powerful, but inexperienced Cameron Vale. Vale lacks control over his powers to the extent that he is homeless and unable to cope with the overwhelming strength of voices he hears in his head. He is so underequipped at this point that he accidentally incapacitates a lady in a food court. 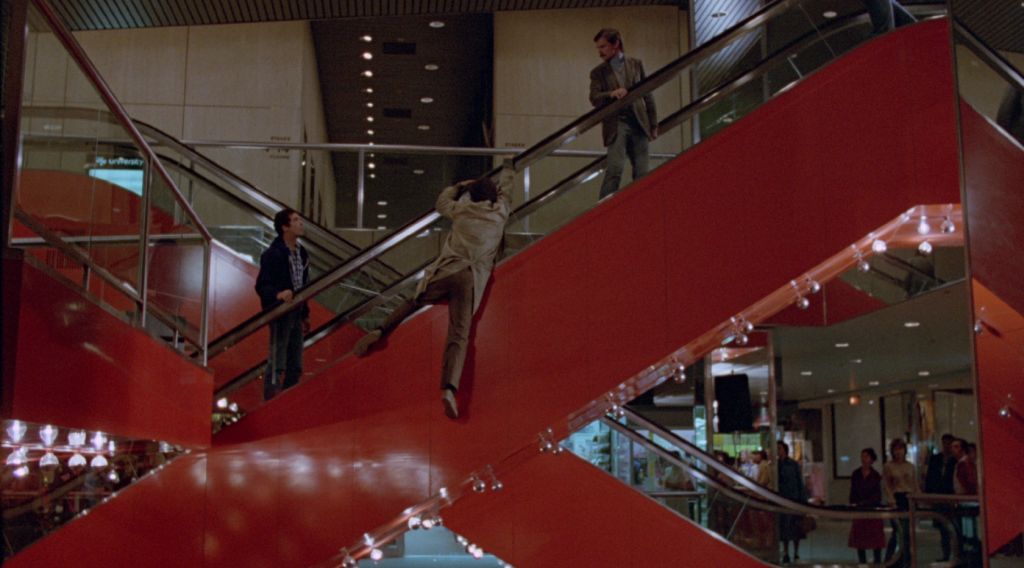 These two scenes bring us to the impetus of the movie. The poor soul that Revok took out early in the movie was a member of the company ConSec. Darryl Revok has additionally used his powers and influence to bring together a group of scanners who oppose ConSec. ConSec, in response, has captured the powerful Cameron Vale and subsequently convince him to stop Revok. After ConSec trains him to control and use his powers, they send him to a lead to infiltrate Revok’s group and take him down. 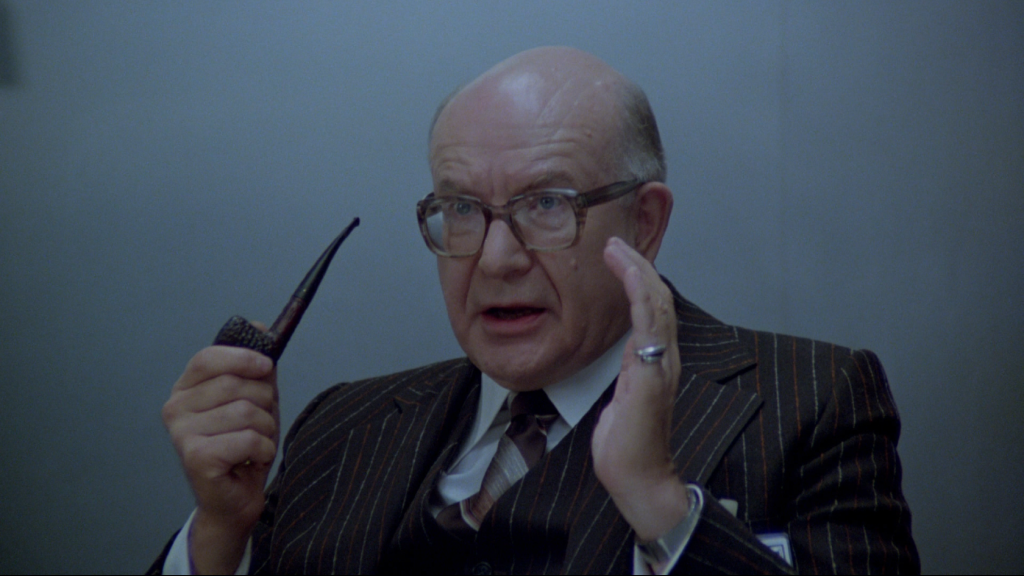 As the movie progresses, we learn that ConSec is hardly an innocent victim in the whole matter. They, of course, are the prototypical evil corporation who wants to take over the world and utilize the scanners to that end. In addition, we learn that one of the ConSec scientists is responsible for the original creation of scanners. Revok, himself wants to use ConSec’s findings himself to create a generation full of scanners that can then rule over non-scanners.

In the process, we get to see a little more exploration into the powers that these two have with their minds (with some rather graphic special effects). The phone booth scene is a rather interesting use of the power if a little silly to me. At times, the thriller aspect can be a little formulaic but still entertaining and the underlying machinations of the corporation add some depth. Michael Ironside is also very commanding and pleasantly disturbing as the villainous Revok. 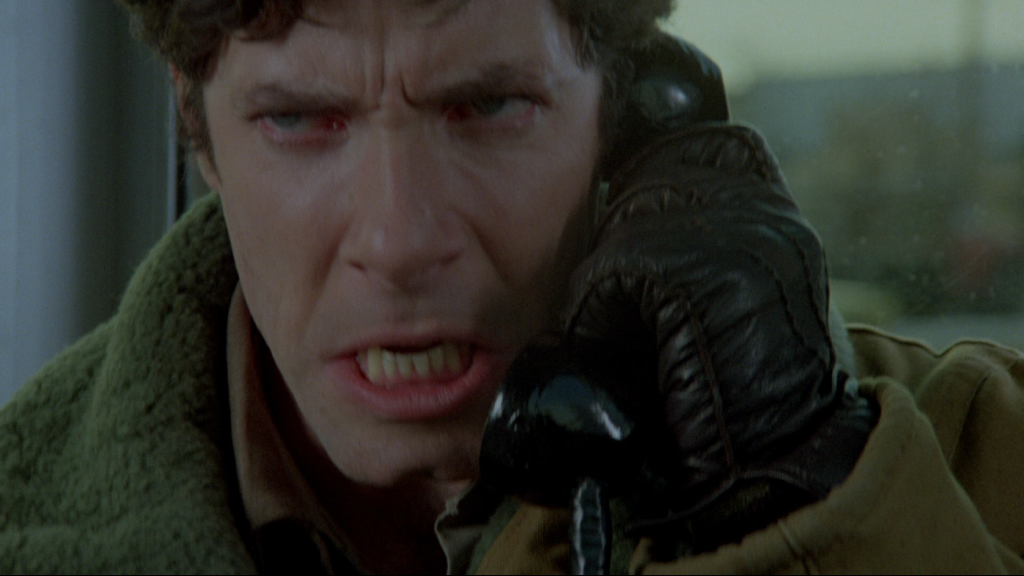 Admittedly, Scanners does have its weaknesses. As mentioned before, the thriller can be a little formulaic and the pacing can feel a little off at times. Stephen Lack is often criticized for failing to act with emotions as Cameron Vale. I think he sometimes pulls it off as a man withdrawn from society, but as a whole he feels more miss than hit to me. The finale is also criticized as lacking, but I personally find it appropriately satisfying. 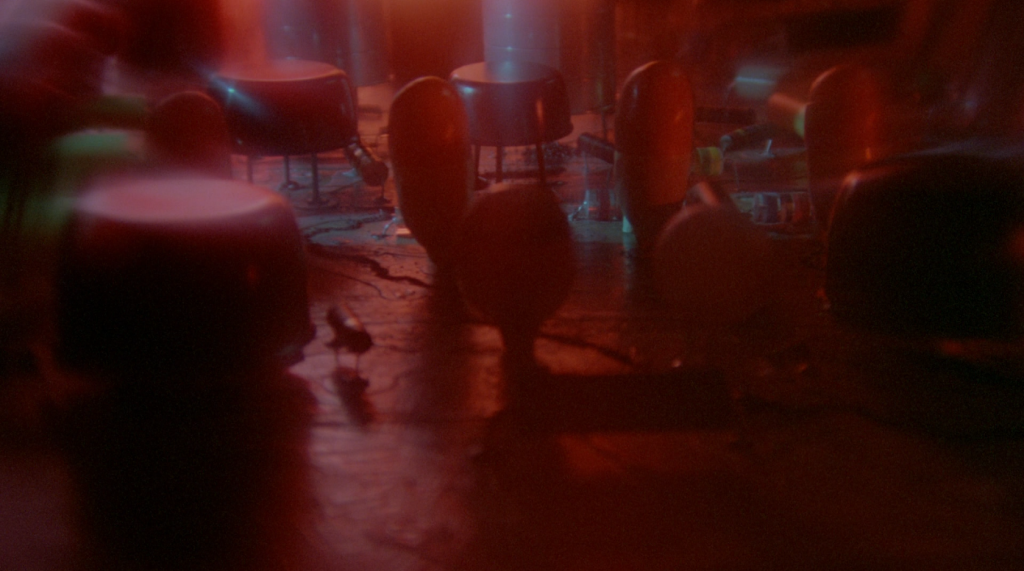 Overall, Scanners a solid watch. If you don’t have a weak stomach, I highly recommend seeing it. You get to see early work from both Cronenberg and Ironside. You will walk away at last understand the context of the exploding head scene that makes its way around the Internet so much.  You will also walk away having experienced my personal favorite of Cronenberg’s work.

The included booklet informs us that this is a new 2k transfer that was supervised by David Cronenberg. For a movie of this age, Scanners looks very good.  The clarity is solid, the colors look true.  The film itself is dark, but it still looks crisp in the dark scenes.  A lot of imperfections were cleaned up in this transfer and that really helps it look polished.  This looks much better than the previous DVD and by far is the best I have ever seen it on home video.

The only audio track included in this release is LPCM 1.0 English audio track.  There are no other language tracks present.  The audio is solid throughout.  The balance is mixed well and effective.  The dialog is crisp.  The soundtrack doesn’t actually open up a ton of possibilities to show off a powerful surround system, but there is plenty of room for it to set the tension and the audio track is up to the task. No real complaints on this.

Booklet – Features an essay on Cronenberg and Scanners by Kim Newman as well as a bit about the transfer. Chapter List, Cast, Credits.

Stereo – Cronenberg’s first feature. This is an odd, but interesting feature. Pretty cool to see what he was doing well before he ever made Scanners.

The Scanners Way – Documentary on the financing and technical details of the production. Also discussed is David Cronenberg’s directing methods.

Mental Saboteur – Michael Ironside recalls experiences acting in Canada and the US as well as his respect for Cronenberg as a director. He also discusses he is a strong believer in psychic abilities and how that made him feel at home portraying Revok.

The Ephemerol Diaries – An interview with Stephen Lack who plays Cameron Vale. Lack discusses getting involved in the film and his experiences as an actor and painter.

The Bob McLean Show – A talk show interview with David Cronenberg about his films and what inspired his work.

It is pretty cool to have an entire feature included as a special feature. It was an odd, but very interesting watch. My favorite pieces were probably the interview with Michael Ironside and the interview from The Bob McLean Show. The variety of the included interviews on this disc really elevates this offering. 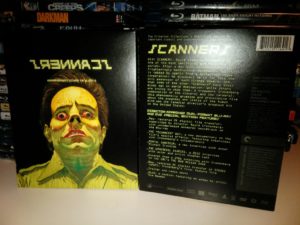 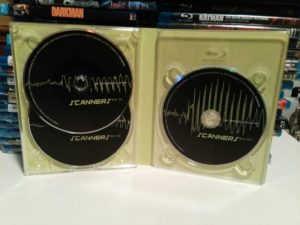 Likewise, the packaging that Criterion offers is quite nice. The digibook and slipcase have very nice artwork that matches the theme of the movie. Even the font on the materials matches the style of the computer text in the movie. The artwork in the book is also stylistically consistent with the rest of the packaging. 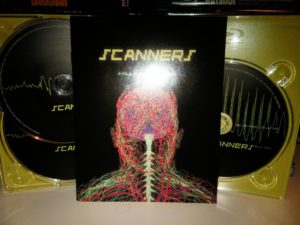 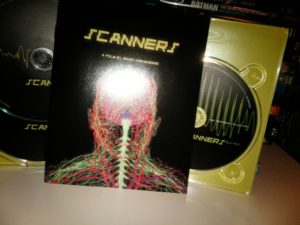 Honestly, why are we talking about it at this point? I’ve said Scanners is worth seeing. It is a Criterion Collection, so we know that the production and extras are solid. If you have seen the movie and like it, certainly pick this release up. If you like Cronenberg, body horror, graphic sci-fi, or telepathy, you should pick this up. Criterions aren’t cheap so look for some good sales, and if you really aren’t sure if you like any of the mentioned, you can catch it on Hulu first. But, Criterion picks their releases for a reason and this is a solid entry in their collection and likewise in yours.