I love Stephen King as a writer, and the job that has been done adapting many of his works to film has been high-caliber. Classics like The Shining, Carrie, The Shawshank Redemption, and Misery call to memory dozens of great movie moments. Salem’s Lot is one of King’s lesser known works, and the film version was done as a TV mini-series in 1979 directed by Tobe Hooper, much in the same format as IT. The book is just 439 pages long, which is a good length, but not nearly as long as some of his other works, and yet it was stretched to over 3 hours of TV. I honestly had a hard time keeping my attention on the screen at times due to the length; it is extremely descriptive and faithful to the book. Big fans will appreciate this, as it cuts no corners like some other film adaptations do, but personally, I felt like there was a lot of filler. 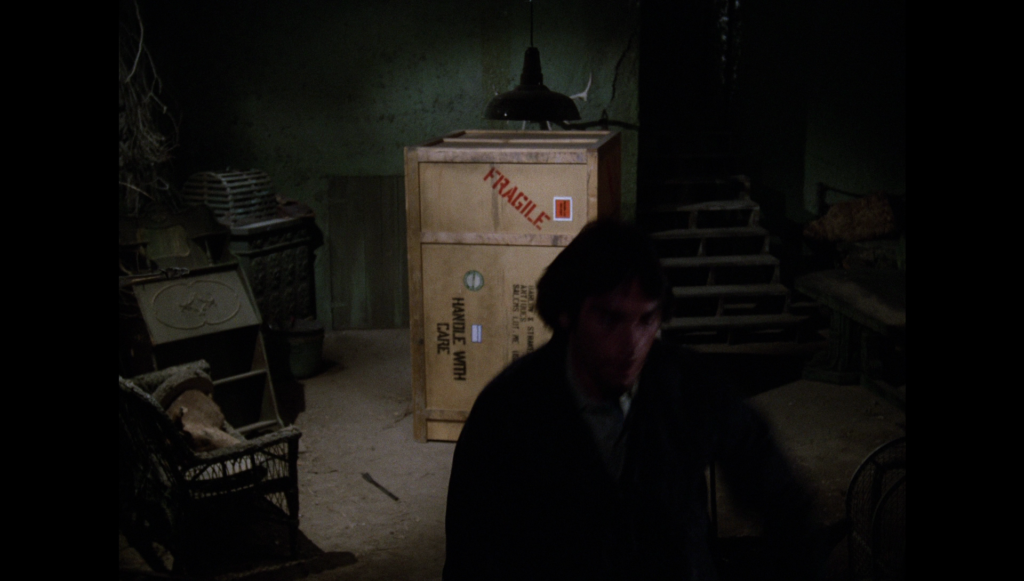 You can clearly see King inserting his own personal influences into Salem’s Lot, as it follows an author and young horror fan who fight to protect an old Maine town from evil vampires. I felt like the author character, Ben Mears, was heavily influenced by King himself, while the young horror fan, Mark, is likely a representation of a younger King. I thought that this was cool, and it makes sense why King considers Salem’s Lot to be one of his favorite works. 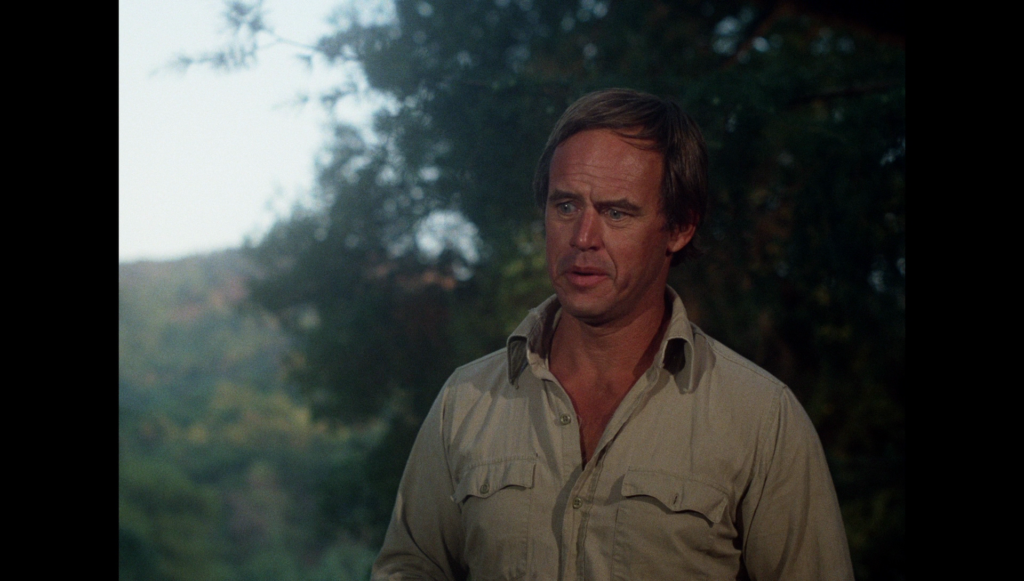 I think that horror fans will enjoy this story, and if you are a diehard fan of King, it is a must-see. Although it can drag a little, and vampires are not my villain of choice by any means, I did have an enjoyable experience with Salem’s Lot. There are a lot of things in the film that clearly point to this being a TV production versus a feature film, and the look and feel is different than most Hollywood feature films, but true fans of the genre will appreciate the effort, and Hooper’s control of horror is as good as anyone in the industry. I recommend this as a genre film, but probably not as a mainstream watch for all of our readers.

This Warner Brothers release is the first time Salem’s Lot has been released to home media in HD, and understandably, there was a lot of demand for the HD remaster. Unfortunately, I was not too impressed. I have seen other reviewers mention that it looks “on par with films from the era”, but I disagree. Sure, a TV movie from 1979 will not have the highest production quality and I am sure the source is not in the best shape, but there is no way that Salem’s Lot looks as good as other HD masters from that era. For example, Rocky II, Apocalypse Now, and Alien were also released in 1979, and the differences between those Blu-rays and this one are massive. 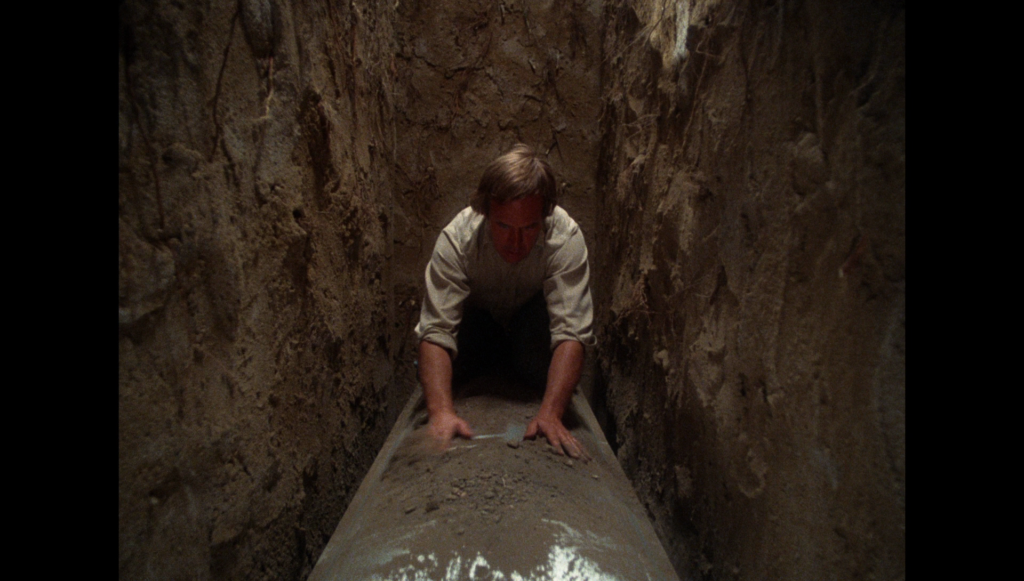 There is heavy grain throughout the film, but it is inconsistent and affects certain scenes. The film is also fairly dark, and the HD master has not helped to brighten things up, with muddy grays and blacks dominating and making the picture unclear. The 1.33:1 aspect ratio does not bother me, as it stays true to the source, but you should be aware that this film will be letterboxed, meaning you will have black bars on the left and right of the image.  Overall, the source is probably the issue, but this is one of the rougher Blu-rays I have reviewed.

Sporting a clean DTS-HD Master Audio 2.0 audio track, Salem’s Lot sounds a lot better than it looks. The dialogue was pretty clear, and although it lacks a strong bass track and immersive surround sound track, the audio experience was slightly above average. The stereo audio sounded excellent on my SVS Prime Towers, and I was impressed with the amount of bass being pushed even without the subwoofer. I love having a solid bass track for horror movies, it just adds to the experience, but thankfully if you have a decent pair of speakers they will substitute well enough for the subwoofer action. 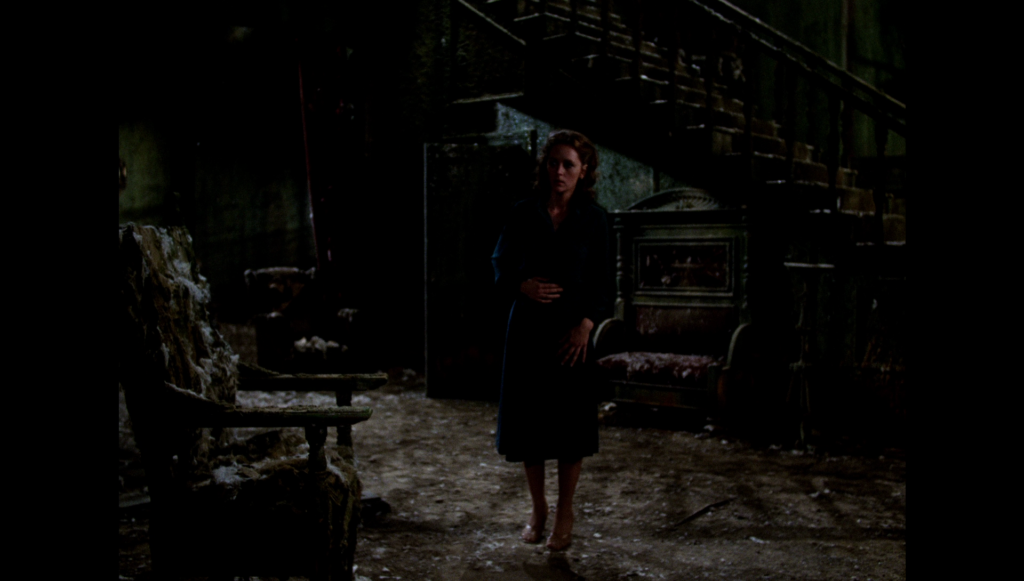 Salem’s Lot comes packaged in a single disc case, featuring a slight variation on the original poster art. The disc is plain, with no artwork, and there is no digital copy included with this release. The packaging is barebones, as are the special features. 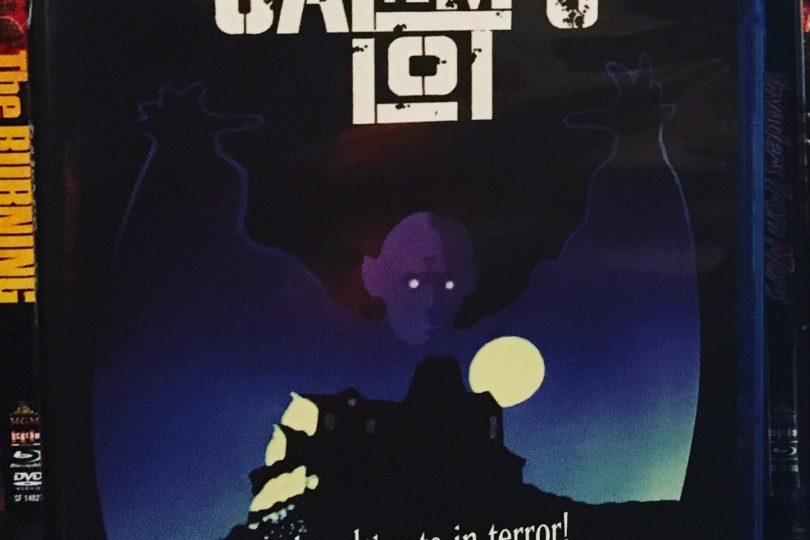 The best features included with this release is a Director’s Commentary with Tobe Hooper, which is actually very cool. For those not familiar with Hooper, his filmography is extensive, especially in the horror genre. Hooper was at the helm of Texas Chainsaw Massacre, Texas Chainsaw Massacre 2 Poltergeist, The Funhouse, and Invaders from Mars. Yeah, he’s done a lot, and the commentary is very interesting considering his vast experience and love for the genre. The only other feature is the theatrical trailer, remastered for HD. 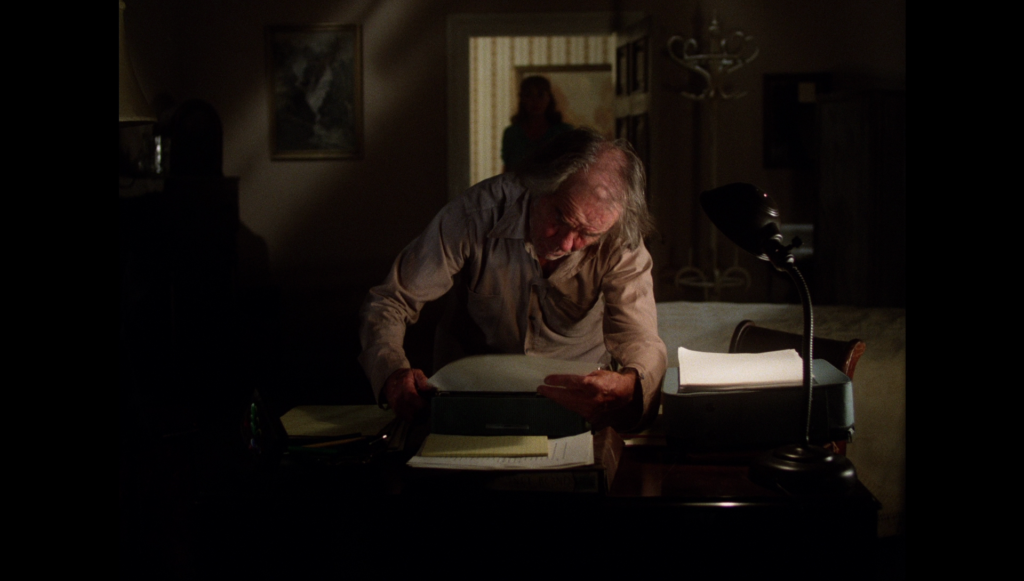 Horror genre fans will want to pick up Salem’s Lot, as the $9.99 price point is hard to beat for a new HD master and a previously unreleased title. The visuals are rough, but we are dealing with a TV source from 1979, so it is to be expected. Audio quality is above average, and the inclusion of Tobe Hooper’s commentary is worth the price of admission. I recommend Salem’s Lot to horror fans everywhere, but make sure you have 3 hours to set aside to get through this overly long series. My suggestion? Break it into two parts, 90 minutes each, like they did for the TV presentation. You can grab Salem’s Lot on Amazon, although there seems to be some sort of delay from various retailers on this release. I would lock in the price now, and wait for the depleted initial stock to replenish.