Rush Hour is a film series that contains three Chinese-American martial arts/action-comedy buddy cop films that were created by Ross LaManna and directed by Brett Ratner.  All three films feature a pair of detectives, a Hong Kong Police Force inspector and an American LAPD detective, played by Jackie Chan and Chris Tucker, who got a series of adventures that often involve corrupt crime figures.  The three films were released theatrically between 1998 and 2007 and have ultimately achieved commercial success as each incorporated various elements of martial arts, humor and the buddy cop subgenre.

The first film, Rush Hour, features the two mismatched officers who must work together to rescue the Chinese Consul’s kidnapped daughter.  Originally released on September 18, 2998, the film grossed just over $200 million worldwide.

The second film, Rush Hour 2 features the two actors reprising their roles as Inspector Lee and Detective Carter.  The film finds the uncanny duo stuck right in the middle of a counterfeit scam that involves the Triads.  The film was originally released on August 3, 2001 and received very mixed reviews from critics, but ended up grossing just over $347 million at the worldwide box office.

The third and final film, Rush Hour 3 brings the iconic duo back and continues on with the story that originated in the second film.  Placing emphasis on the importance of fighting the Triads at the World Criminal Court and as the team works together to hopefully track down Shy Shen, a somewhat mythical person who is of great importance to the Chinese Mob.  The film was originally released on August 10, 2007 and grossed just over $258 million worldwide.

It really has been a long time since I had seen any of the films within the Rush Hour Trilogy. I almost forgot how enjoyable they are as a series. However, independently, I found myself beginning to question my general interests from when I was younger. The first film of the series had a few laughable moments as would be expected from an action-comedy series like this; but with that said, I felt as if the first film was much funner when I was younger.

Now that I’m much older, I definitely had much more laughs in watching Rush Hour 2 as there were more intentional comedic gestures coming from the dynamic duo. Having been a while since I had last watched a Jackie Chan film, watching through the Rush Hour Trilogy has brought back my overall general interest in wanting to revisit some of his films.

Then there’s Rush Hour 3, where they tried to keep the series alive solely based off of campy humor and Jackie Chan’s stunts. The attempt is definitely appreciated as it still allowed for a good time for the wife and I, but I just found myself asking more questions with the third film. 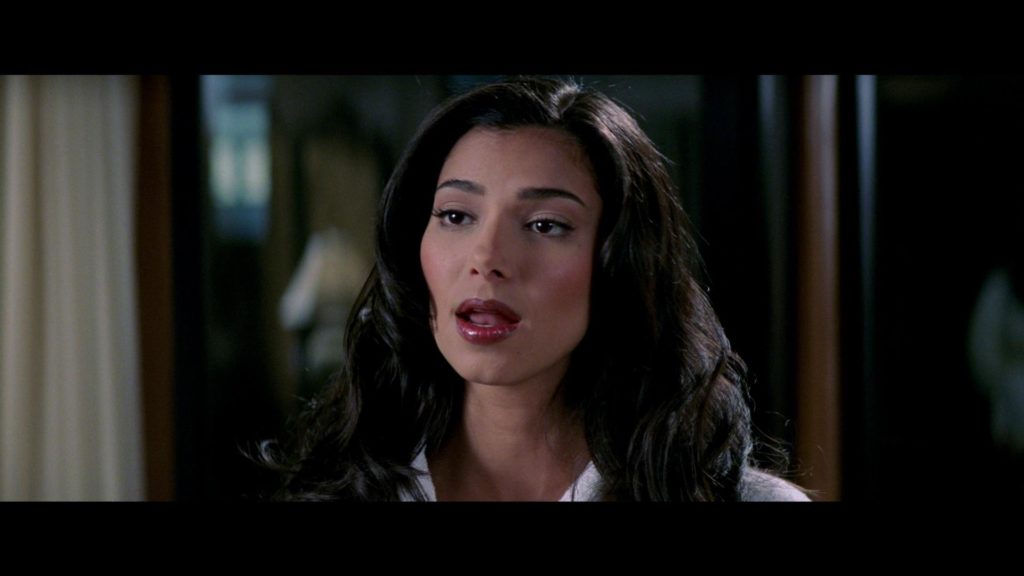 All three films of the Rush Hour Trilogy comes at us in the most favorable 1080p resolution and looked absolutely amazing as they played out on my home television.  Making sure that each film gave us an extremely bright and vivid color palette to truly show some of the beautiful scenery that’s seen throughout China as well as throughout their customary celebrations.  Giving us a beautifully crisp and clear picture representation of the trilogy a lot of us loved when they first came out, this release of the Rush Hour Trilogy is definitely one that you should pick up.

I have some mixed feelings in terms of audio quality with the “Rush Hour Trilogy”.  With the first and third film coming packaged with a DTS-HD Master Audio 7.1 track and the second having a DTS-HD Master Audio 5.1 track.  I was able to tell the difference in between the releases as the sound felt off when watching the second film.  Why couldn’t they have released the trilogy with the same audio technology across the board?  However, despite the noticeable difference in audio quality when moving through this series, it didn’t really deter from the overall experience it had to offer.  I was able to completely hear and understand everything as the films played out without having to manually adjust the volume levels on my home theater. 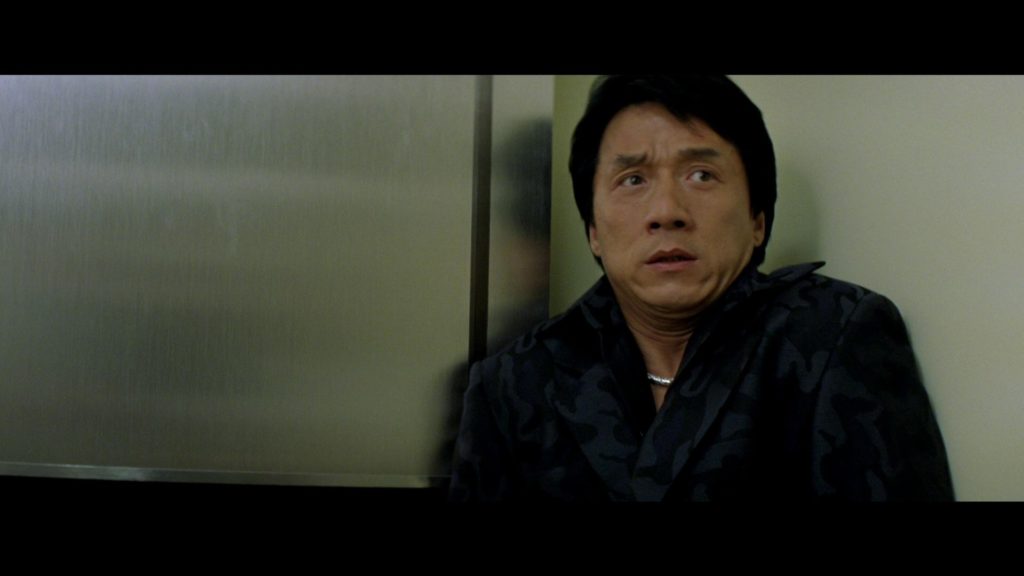 I will admit, I was completely blindsided with the packaging that the Rush Hour Trilogy came in.  Originally, it was labeled to be coming out in a Steelbook, which had me quite excited as this would be my first Steelbook that would contain more than 2 discs.  However, to my surprise, after I came home from work on release day, I saw that it was not a Steelbook at all.  That said, the packaging for this release is still extremely solid.  Contained within the standard 5-disc amaray Blu-ray case is each film on its own separate disc as well as two extra discs that contains the exclusive bonus content.  Bearing artwork that was designed by Mondo exclusively for this release.  The amaray case comes stored in a thicker cardboard style slipcover that enters the cover through the side.  There is no digital copy redemption pamphlet included in this release, which is quite upsetting as I know I would’ve loved the opportunity to add this trilogy to my digital library for on the go streaming. 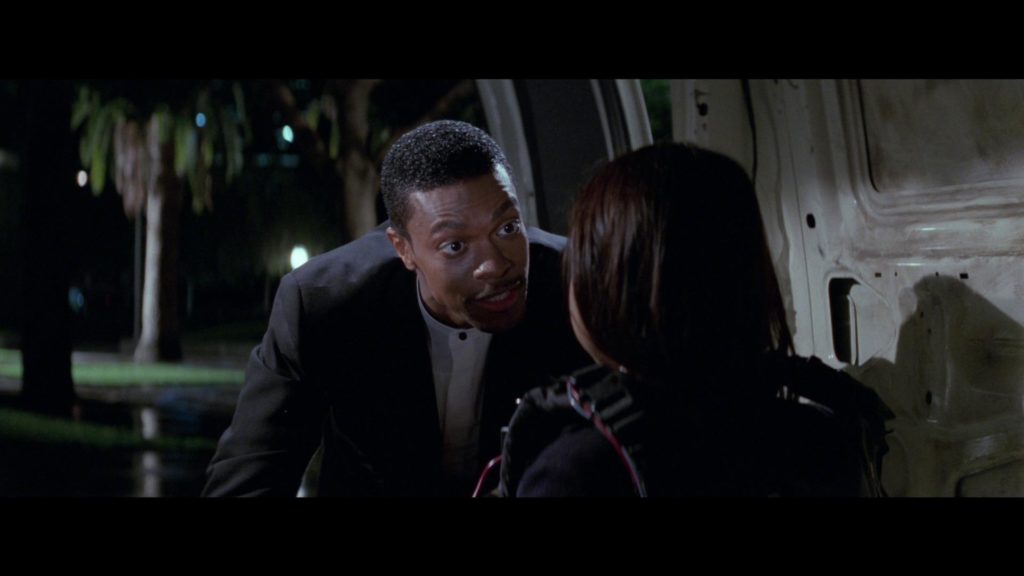 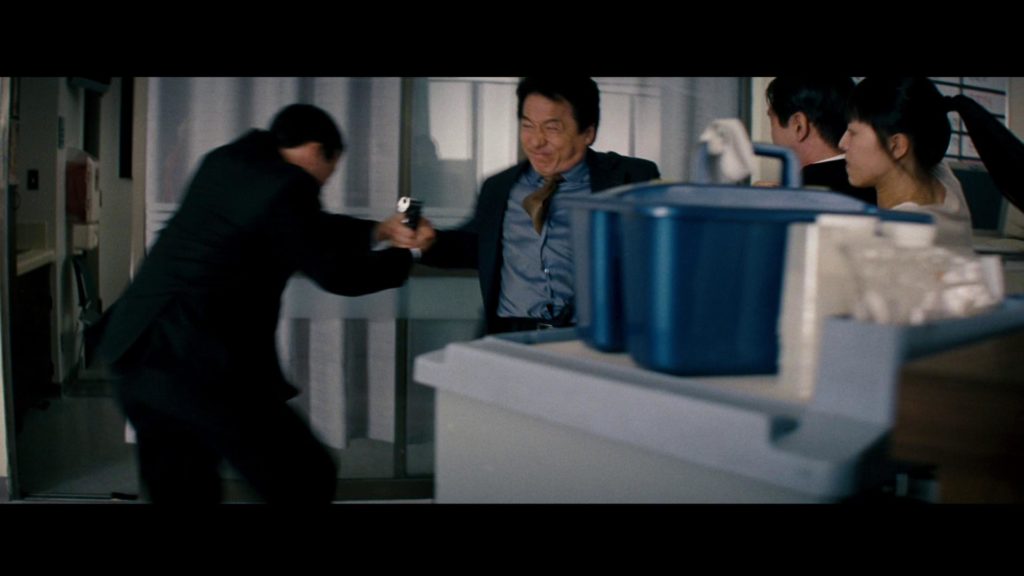 You know, it’s been quite some time since I had last seen any of the films in the Rush Hour Trilogy that I had completely forgotten about them and their stories. Outside of that, I have personally owned the DVDs for a while and in working at trying to upgrade as many of my DVDs over to Blu-ray or UHD for the past year have been intrigued at the fact that Rush Hour 2 was the only film in the trilogy to not have a Blu-ray release until now, which was extremely frustrating since the first and third had Blu-ray releases.

However, despite that frustration, this release of the “Rush Hour Trilogy” is extremely appreciated, regardless of the differences in audio quality when moving from film to film. The overall video presentation was beautiful, I was able to hear and understand the films from an audible standpoint and this set is fully loaded with all of the bonus content one could possibly expect with this release. The included artwork for the case and slipcover isn’t what I would consider Mondo’s best piece of work; but if you look past those few imperfections, this release is definitely a must have. If you’re interested in grabbing this series for your personal collection, you can grab it today for a really reasonable price from Amazon! 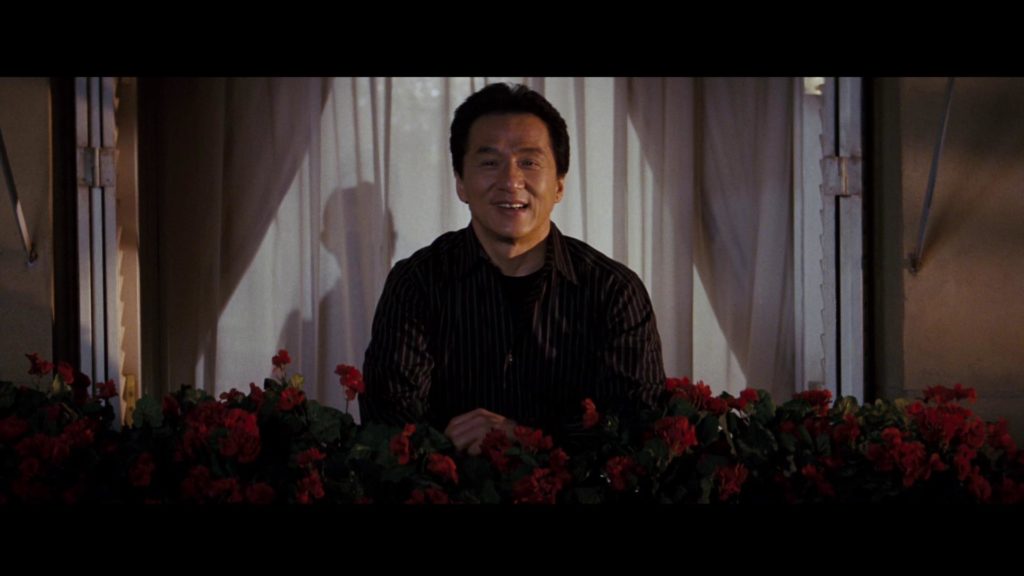