Roots tells us the story of Alex Haley’s descendants beginning with Kunta Kinte and his capture into slavery, all through the way though his ancestors liberation from enslavement.  This is an all-time classic television series, presenting viewers with a visual display into the word of being an African American from the mid-1700’s through the mid-1800’s.

Featuring a cast including LeVar Burton (Star Trek, and Reading Rainbow) and O.J. Simpson (The Naked Gun, and The Towering Inferno, where he “kills” in his role), Roots treated viewers with, at the time, a fresh cast that delivered excellent performances. The story begins in a small African Village, where our protagonist Kunta Kinte is captured and brought to America.  As the story moves onward, we travel through three generations of the Haley family with Kunta’s daughter Kizzy, and her son Chicken George.

Originally based off of Haley’s book, which operates under the same title, the story was considered to be faction while being sold in the non-fiction section of stores.  He uses the final chapter of the story to outline the research he had done to support his family tradition of oral and written records.  However, following the success of the novel, two authors claimed plagiarism of their novels and this was later proven by Harold Courlandor; and later admitted by Alex Haley that some passages were taken from Courlander’s 1967 novel, The African.  Albeit unintentionally, the whole claim proved to be that “Alex Haley perpetrated a hoax on the public”.

While I had originally not known about the inconsistencies and the proven falsification of information that Roots shows us, I had first seen this series when I was in high school algebra class (the teacher didn’t really feel like teaching that week).  I was first taken back because of it being such a well done visual representation of what the African American community went through during their times of enslavement.  While we all hear about the horrible things they went through in our history classes, just visually seeing these events unfold before our eyes brings a whole new perspective to these events which ultimately lead to civil rights for African Americans.

As the show progresses through its story line, Roots takes us through three generations over the course of a 100-year time span.  As previously stated, the story begins with Kunta Kinte, a member of the Mandinka ethnic group located in West Africa and experience his capture, his journey to and in America during his enslavement.  He eventually marries Belle, the plantation cook and they have a daughter Kizzy.  Kizzy, after being sold away, eventually has a son who is later known as Chicken George.  As we all grow to fall in love with these characters, we experience the emotional distress, moments of joy and see the hard work and extensive abuse that was experienced.

As racism was obviously accepted in society through the 1700’s and 1800’s, it’s still a dominant problem in society today.  While members of the African American community do in fact have equal rights after the conclusion of the Civil War, there are still a lot of people who live an “old-fashioned” life and have never let their beliefs be altered. 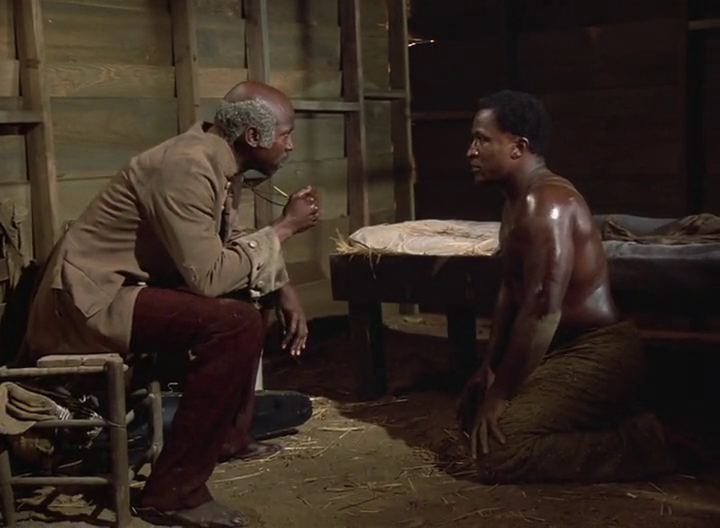 This specific release of Roots is obviously a re-master of the original series and its DVD counterpart.  However it’s presented in the 1.33:1 aspect ratio, so we are forced to deal with the black bars on the sides of the picture, as it is presented in its original letter-boxed format.  Yes, those bars are extremely annoying at times, but I found myself in a position where I really couldn’t tell that they were there as I was more focused on the series and the story it presented. Purists will applaud the use of the original aspect ratio here; for me, I would like my HD remasters to fill the screen, although that may not have been available based on the source material.

The picture quality of this release is extremely clear, and the HD remaster has given the overall image a much more distinct look compared to its earlier releases on DVD. I was able to see everything as it unfolded before me on my TV very clearly, with a much better color scheme, brightness, contrast, and overall look and feel than the SD mastered versions.

If you’re someone who can look past the 1.33:1 aspect ratio and is interested in checking out this historical series, the 40th Anniversary Blu-ray release of this is definitely worth adding to your collection, especially if you are still watching the DVD, as this is a great improvement. 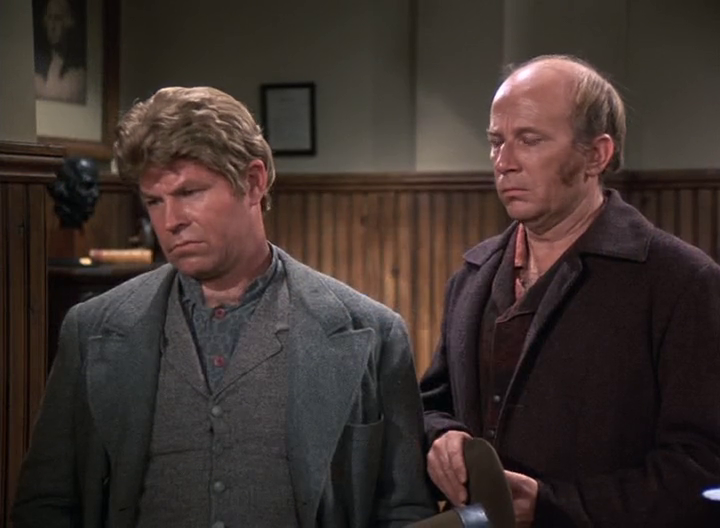 Roots is now being presented with a DTS-HD 2.0 audio track, which is definitely better than its earlier releases.  While this is a remaster of the original series, it would have been really nice to at least have a 5.1 audio track and allow us to become more immersed into the events that were happening on screen.  Very similar to my experience watching The ‘Burbs, another Blu-ray remaster that came with a simple 2.0 track, I had to turn on the English Subtitles as there were various aspects of the series that I couldn’t hear audibly, but were made known through the subtitles.

However, with it having the DTS-HD 2.0 track, everything sounded much better than this series’ earlier counterparts. It is a definite upgrade over DVD, but not enough to satisfy most audiophiles or home theater enthusiasts. 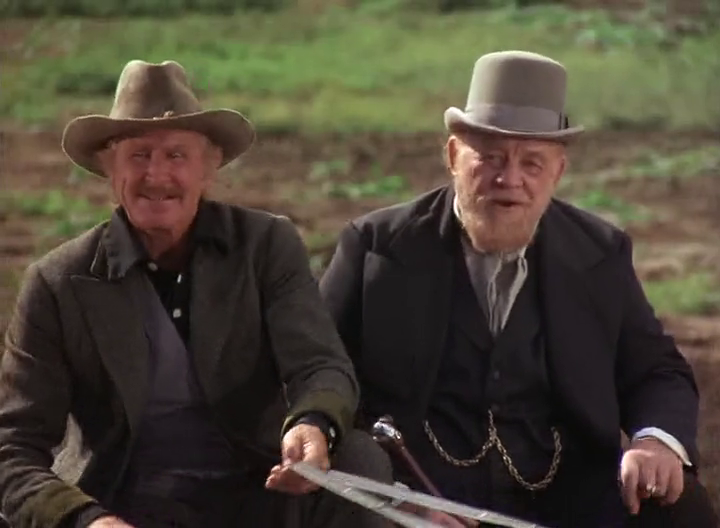 You cannot ask for a better packaging for such a historical release.  Roots comes with a hard-bound slipcover to cover the 3-Disc Blu-ray release and a beautiful book of art that includes a general synopsis of each episode.  This specific release comes with the following items:

Celebrating the 40th anniversary of its release, the Blu-ray edition of Roots comes packed with some really great special features, including:

NOTE: It should be noted that the Japanese Audio track for this release is hidden from the menu.

NOTE: It should be noted that the Japanese subtitles on this release are hidden from the menu.

Overall, I absolutely loved this release of Roots, regardless of its 2-channel audio track.  History was always something that had piqued my interest growing up and every time I see this series, I grow to appreciate it more and more.  While going through the various history classes all throughout high school and college, I continued to hear and read of the terrible things that happened while slavery was still legal; but once I had seen this series, I was able to visually see everything and gain a whole new perspective on these historical events.

If you’re someone like me, who can appreciate delving into U.S. History, definitely consider picking up this release of Roots.  I can guarantee you’ll enjoy it as much as I did! 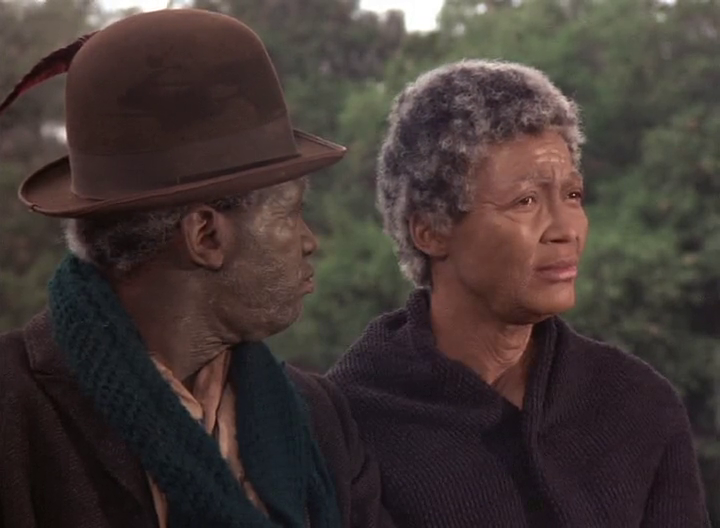