Did you know that there are two directors named Barry Levinson? Crazy, I know. The first Barry is an amazing director who stood at the helm of such masterpieces as Diner, Rain Man, Man of the Year, and Wag The Dog. The second Barry is: uh, well, he’s no first Barry, claiming such head-scratchers as The Bay and The Humbling. The problem persists that one cannot differentiate between the two Barrys. At the onset of Rock The Kasbah, it was not clear which Barry is literally calling the shots. 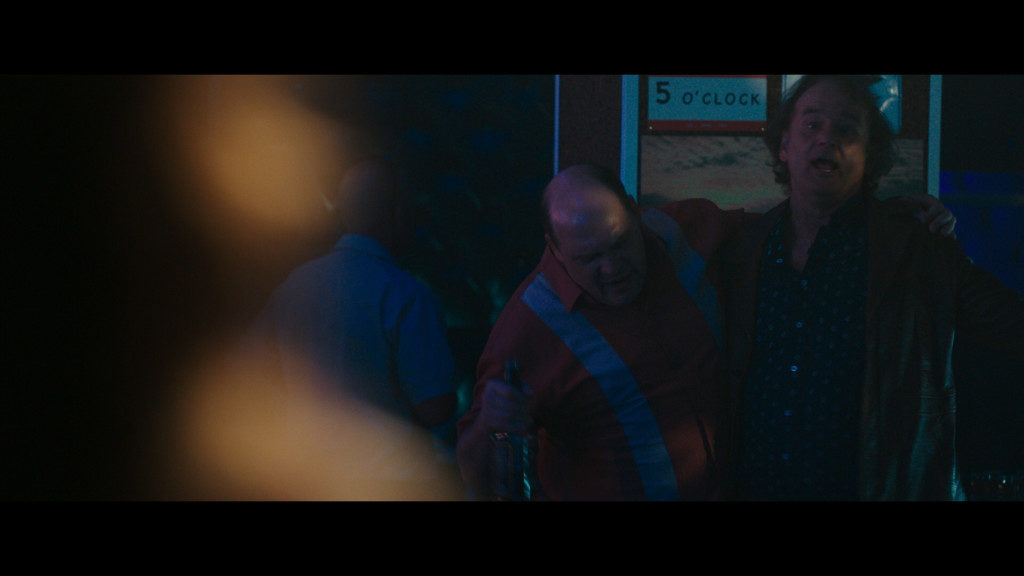 The list of actors is a seeming juggernaut one with all-star Bill Murray, indie sweetheart Zooey Deschanel, rom-com veteran Kate Hudson, wildcard Bruce Willis, and funny guy Kenny Powers, er, Danny McBride. Bill Murray has the ability to bring a smile to my face, regardless of what he is saying or doing, i.e. his five minute stint in Zombieland. Danny McBride, while rough around the edges, has a charisma and a down-to-earth charm that carries weight on the screen. The resumes of both Deschanel and Hudson speak for themselves. Lastly, Bruce Willis has become an icon of the action movie genre, but he showed in his acting chops in Moonrise Kingdom, if nothing more than a sympathetic version of his status quo. To my disappointment, the acting was very flat. I did not think that such an all-star line-up could produce so little. Deschanel’s character was flatter than a sheet of paper, and her character vanished early on, not to be mentioned again. Hudson’s depiction of an astute prostitute with great business sense seemed like an amalgamation of three different characters. This is not how a complex character is created: this furthers the confusion. In what appeared to be a last ditch effort, the closing act tries and fails to make the characters believable and share some type of emotional growth. I cannot confirm whether it was too little, too late or just too little.

Another sticking point with the acting was the lack of comedic timing and tension. The first two acts of the film were supposed to be moved along with comedy with the backdrop of war-torn Kabul, Afghanistan. Every time I heard a joke, I imagined the director yelling that post-production would make the joke either through editing or a sound effect. However, I don’t think the editor got this memo. The editor was Aaron Yanes. Why do I mention this? This guy is either a genius because he took an unwatchable load of crap and made it a watchable load of crap, or this guy cannot handle making Bill Murray and Danny McBride, taking direction from Barry Levinson, funny or relatable. I will research this further. 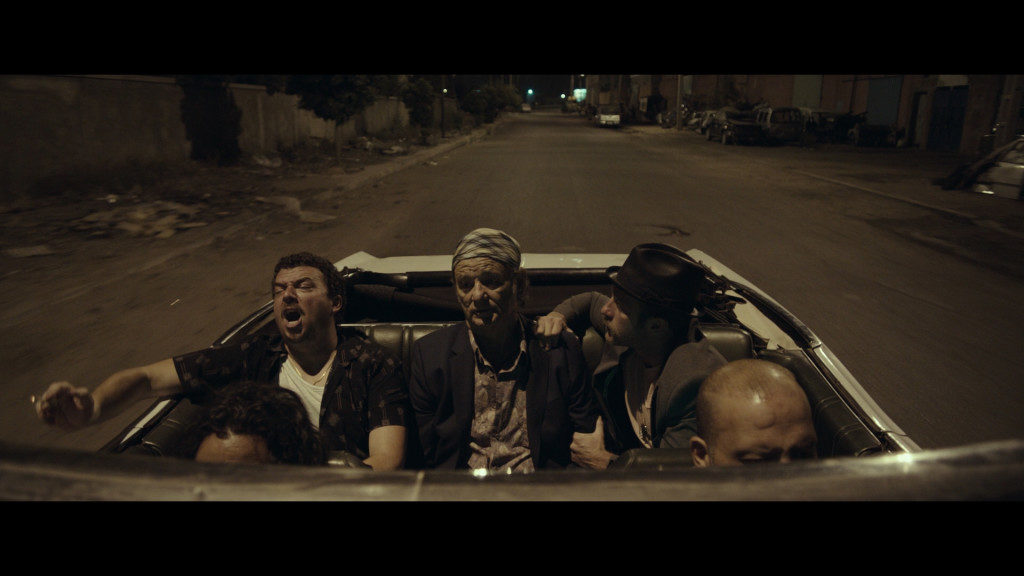 To illustrate my point, McBride and Murray, along with Scott Caan, are riding in the back of an Afghani-driven convertible through the streets of night-time Kabul. The track, “Jump Around,” is playing. The car is stopped by a group of unknown, armed Afghani men, and the track pauses. There is an exchange. As the car pulls away, the track restarts. There was nothing more than a casual mention of impending peril, and there was a clear lack of humor. The song beginning again almost made you forget the entire exchange. Now, I am all for ironic uses of music, but this came across as an ironic use of comedic actors in the absence of storytelling.

The story itself was unoriginal and about as predictable as last week’s winning lottery numbers. The film opens up with Richie Lanz (Murray) running a talent management scheme out of the same hotel occupied by Earl and his brother, Randy. Wait a second, I have seen this pattern of storytelling before. Where? Oh, yeah, every Disney film. The focus of the story rests on a handful of characters, and there are huge discrepancies in time, motivation, and abilities of those handful of characters. If you were to split screen this film with, say, Disney’s Frozen, the similarities would be startling to say the very least, like what stoners would say about simultaneously watching Wizard Of Oz and listening to Pink Floyd. 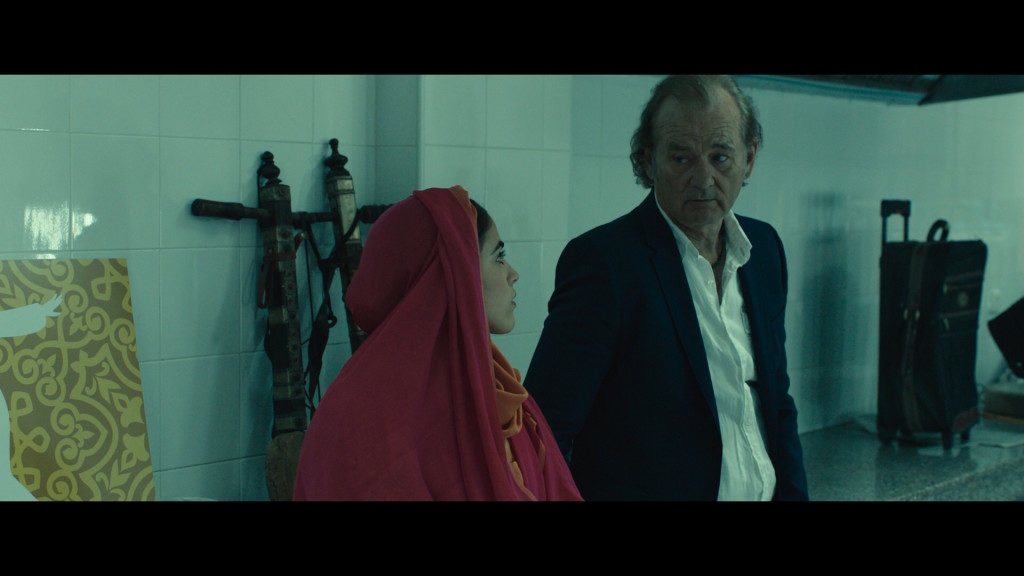 Compounding the lack of originality in the story is a lack of risk-taking in the direction. If pressed, I would call this style of direction “Directing for Dummies.” The textbook given to introductory film students has a more in-depth description of what it is to direct a film than can be found in any frame of this film. Most comedy films have direct, unoriginal directing, so the camera does not take away from the chemistry and timing of the comedic actors. However, when so much of the rest of the work is hollow, unfunny, and unoriginal, the lack of risk-taking moves to the forefront.

Rock The Kasbah is a film that has so many of the right pieces that it makes its failure all the more head-scratching. In my opinion, there is nothing of value here. It was clear that Barry #2 had his nasty little hands in this one. Oh, how the mighty have fallen. However, I cannot, in good conscience, give this film the 0/5 it deserves. It’s got Bill Murray. Consider the score nothing more than a mercy killing. 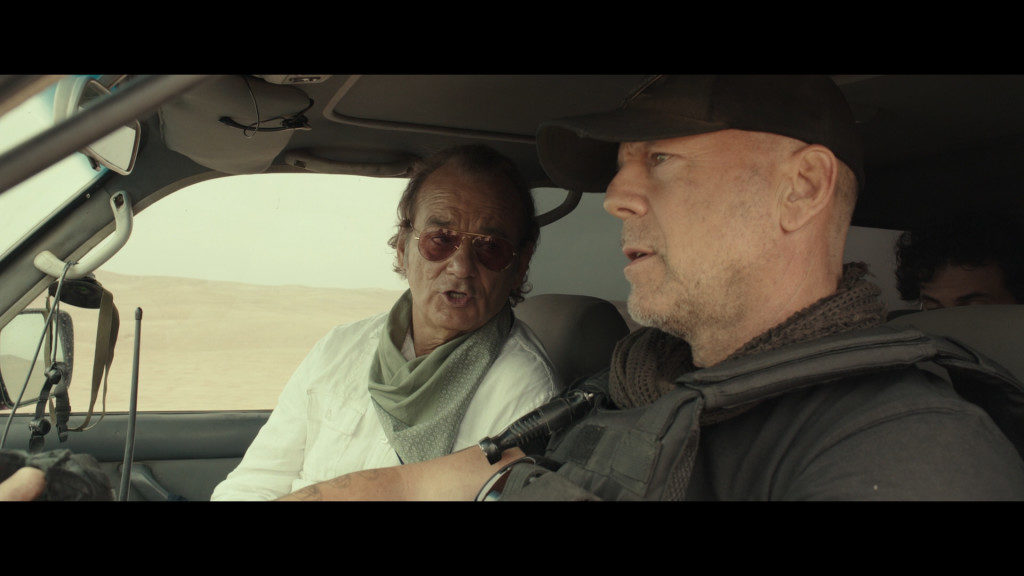 The picture quality is one of two things that this film does exceptionally well. The Blu-ray produced a clean, beautiful 1080p picture that clearly highlights the great work done by the cinematographer and the lighting crew. The colors are muted or swayed in certain situations or environments, as this is a common practice among modern films. The result is a nice touch. There are a variety of long focus and wide angle lenses used to capture everything from the vast Afghani deserts to intimate musical performances.

The soundtrack comes across a just as big a name-dropper as the film’s main character, but it is the only other saving grace of the film, albeit as minute as it is. There is an eclectic blend of Cat Stevens, Bob Dylan, House of Pain, and a plethora of cover songs. On its own, the music was decent and what one would expect from a film about a rock manager returning to good graces. In action, the music is distracting, and introduces emotions that were neither appropriate, nor welcome in progressing the story. The dialogue and background noises were handled well by the DTS-HD Master Audio. 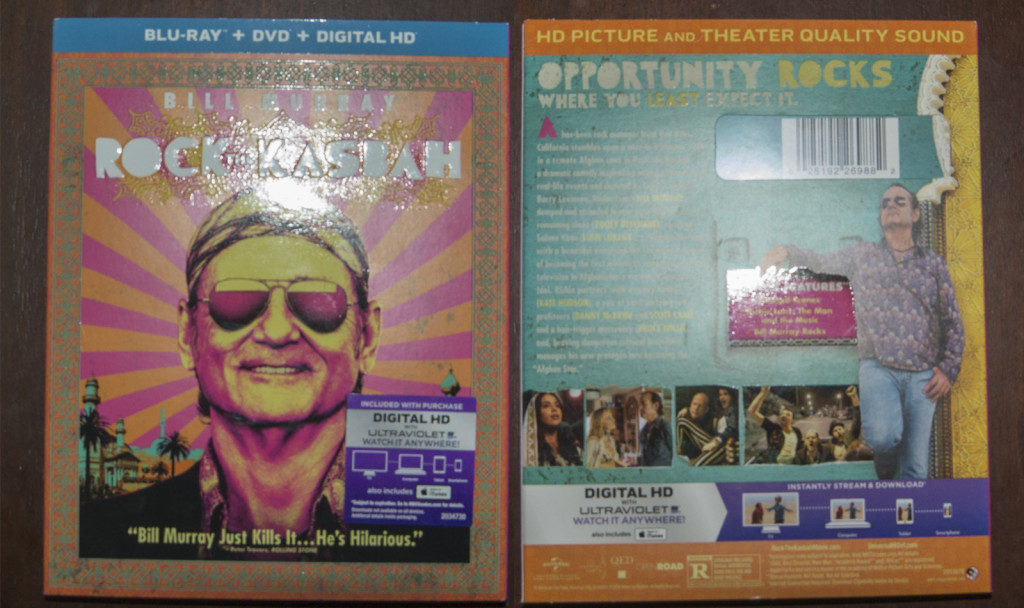 The special features include a fake behind the scenes look at the the “real” Richie Lanz. It also contains a montage of Bill Murray appreciation splintered by Bill’s on-set antics. These two special features are seemingly one and the same. Their individual run times harbor under five minutes. They do not advance the plot of the film, but they are worthy of a couple of Bill Murray-induced chuckles. The deleted scenes actually do reveal more plot, and, in my opinion, it is worth it to view them. I mean you have already wasted almost two hours with the film alone: what’s another ten minutes?

The packaging throws the works at you: Blu-ray, DVD, Digital HD, and a slipcover. In today’s landscape, it is uncommon to get all four in one film. It is just a shame that such a treatment befell such a sub-par film. Did you know that, in the animal kingdom, bright colors tell other animals to stay away? Many venomous reptiles exhibit this type of coloring, and, as such, many harmless animals have evolved to carry these colors as an empty warning to would-be predators. Pretend that you are a hungry mongoose. Leave this brightly colored package alone: it may or may not be harmless, but it sure as hell ain’t worth finding out. 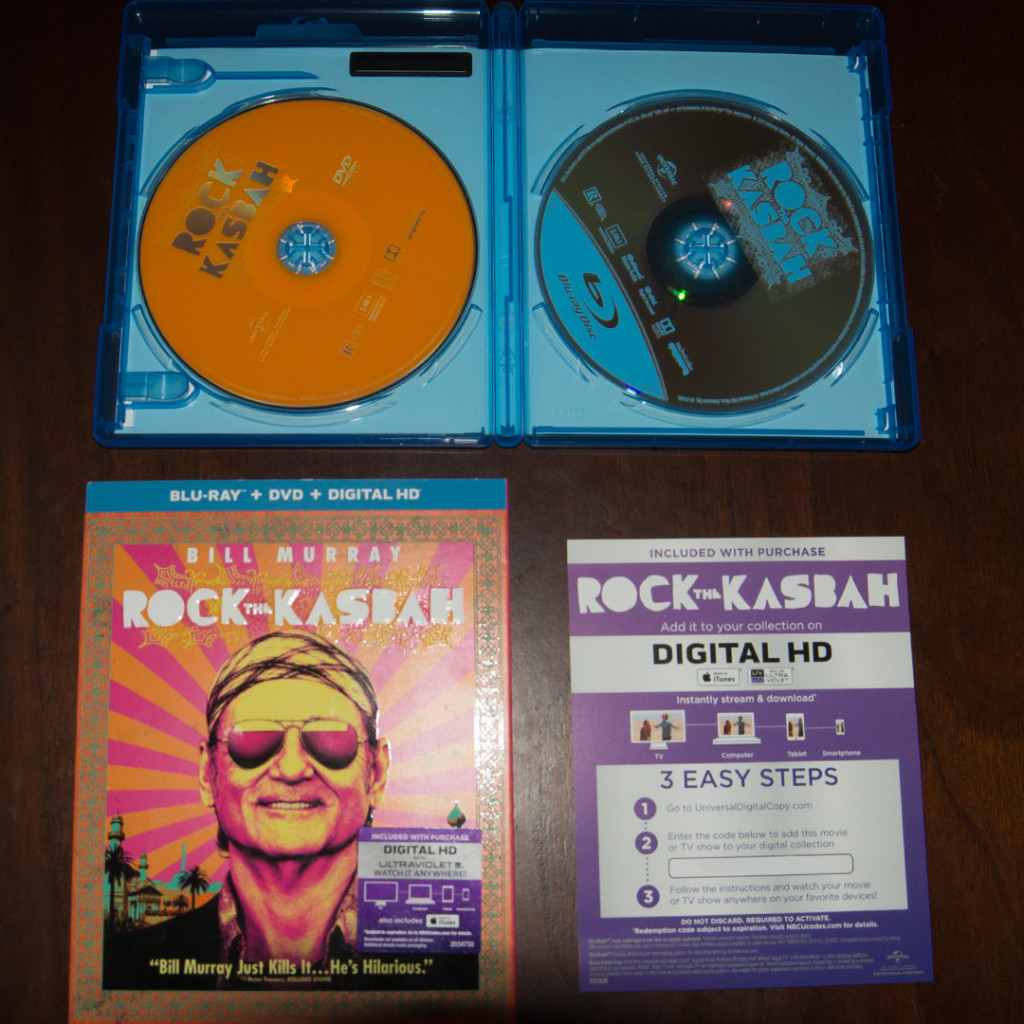 Rock The Kasbah is an interesting enigma. A mouth-watering cast list, an award-winning director, crystal-clear picture quality and a decent soundtrack cannot cover up the gaping holes in a story of convenience, not of originality, whose trajectory plays out like that of any of Disney’s recent animated flicks. The first two acts of forced and unfunny humor stand in stark comparison to the final act where the attempt to salvage paper-thin characters runs out of steam. The scene during the credits, while funny and entertaining, was not enough. I did learn one thing from the film. There are two ways to pronounce Kasbah: “Kas-blah” or “Kasb-eh.”