Starting off right where the end of Season 3 of the television series ended, Thad Castle had been recently drafted into the world of professional football, and is now an ostentatious multi-millionaire with high prospects in his career. At the school, his former team is training as normal under a considerably frustrated Coach Daniels and new assistant coach Larry, with Alex serving as senior captain. However, Alex realizes that the only three players with any notable skill left are himself, Harmon, and Donnie, and declares that he will devote himself to partying for his final year of college due to the fact that his team is set to have a losing season. Sammy, meanwhile, is attempting to continue his quest for sexual gratification, usually masturbating to the sight of either Alex’s — or his sister Mary Joe’s — conquests: Mary Jo is still a lesbian and tells Alex about her newest venture, a ditzy airhead named Holly. After returning from practice, Alex and the team are confronted by the new Dean of the university, who declares that the Goat House is set to be auctioned off in order to avoid further damage to the schools reputation. Alex and crew are obviously aghast from this news and seeks help from Thad. However, Thad’s only condition he asks for before really helping is that Alex throws a massive party in his honor, an idea that is later dubbed as Thadland.

The film was originally slated for a September 2015 release, however it was pushed back due to issues with the studio and distribution. Writer and producer Eric Falconer said that the film had originally received a NC-17 rating from the MPAA, but certain scenes were edited in order to get the film down to an R rating. On January 14, 2016, the films first trailer was released, along with Falconer setting a February 2, 2016 release date. On March 1, 2016, the film was released on Netflix. 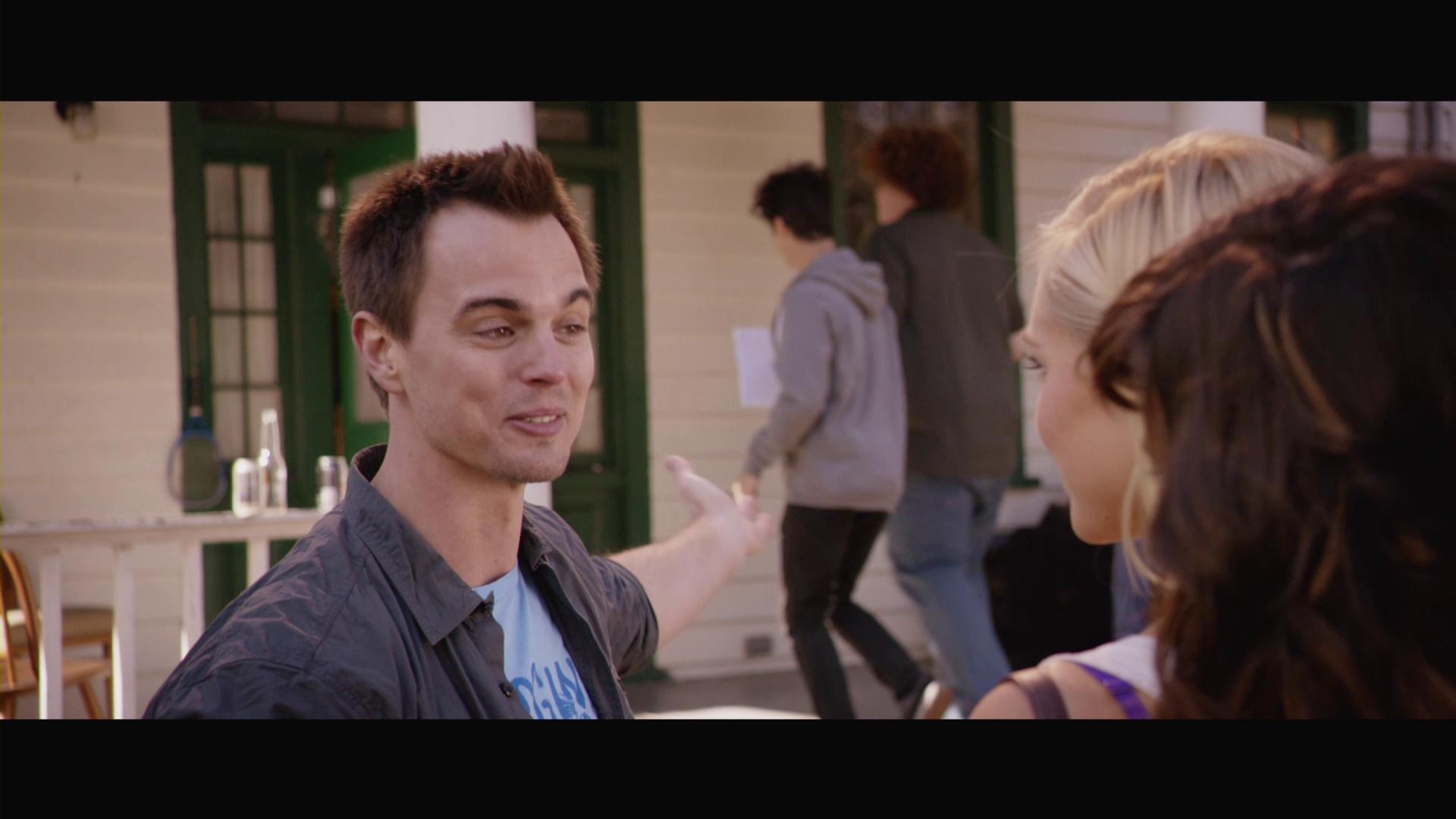 I had high hopes for this film when I first saw the announcement.  After previously watching the Blue Mountain State television show across various platforms in the past, I expected the same levels of debauchery that were included in the SpikeTV presentation.  However, unfortunately after having received its NC-17 rating, the additional work that was put into toning it down really put a damper on the experience the film had to offer and the more comedic scenes really felt forced from the cast.  The story that we were given with this film was on par with what one would expect in Moran’s final year of college. 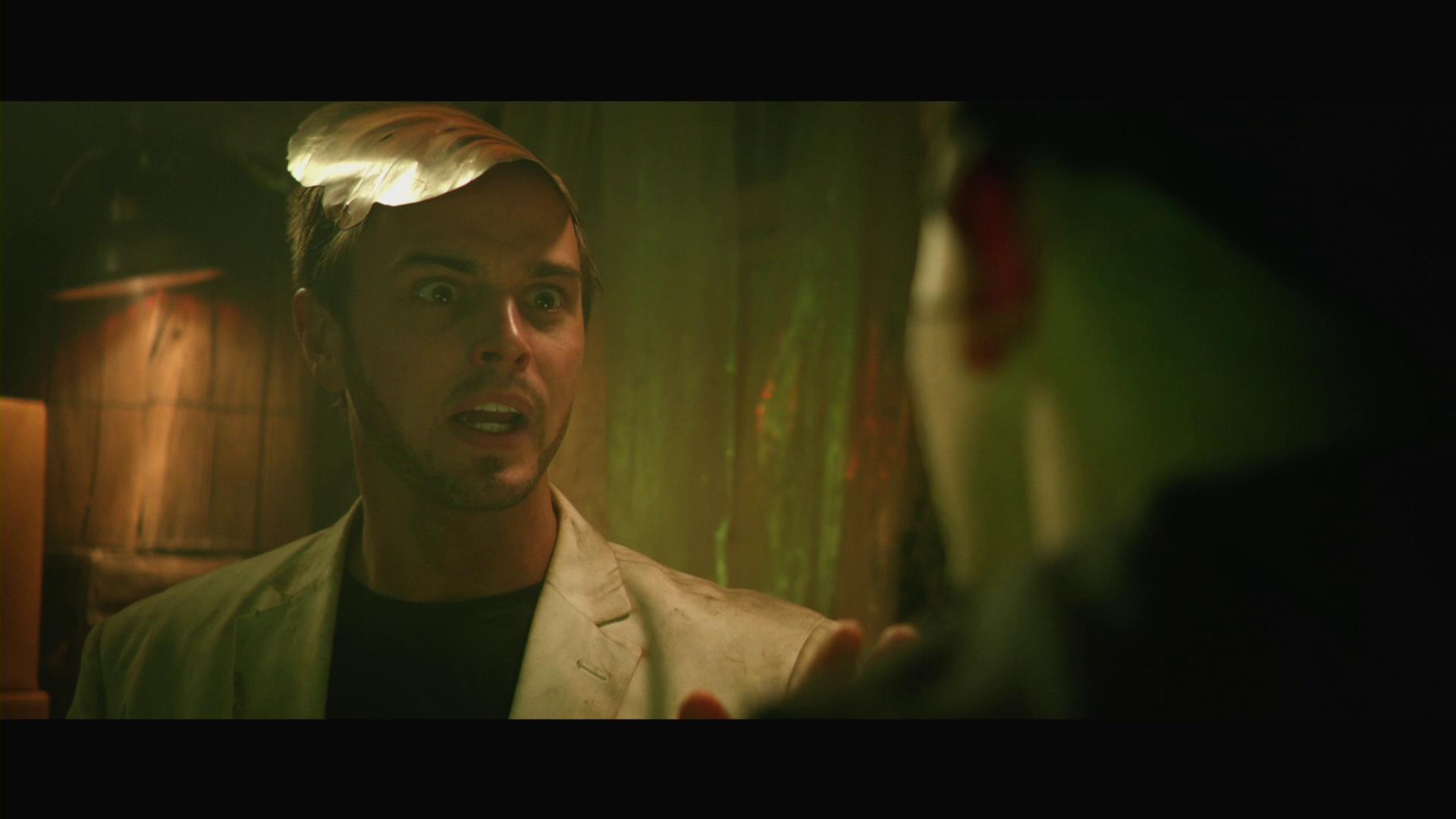 Blue Mountain State: The Rise of Thadland was my first experience with a made on demand Blu-ray.  Having previously experienced a couple of MOD DVD releases, I really wasn’t quite sure of what to expect other than a semi-watchable copy of the film.  However, this particular release didn’t look all that bad as we watched it on our living room television.  Every aspect of the film was clean and clear, however overall it felt as if I were watching something over a HD cable broadcast and that the full capacity of the disk really wasn’t used.  For the most part, we were able to see and understand the film as it progressed, so I can’t complain too much.  But, this film doesn’t really stand out in terms of visual presentation when there are significantly better releases out there. 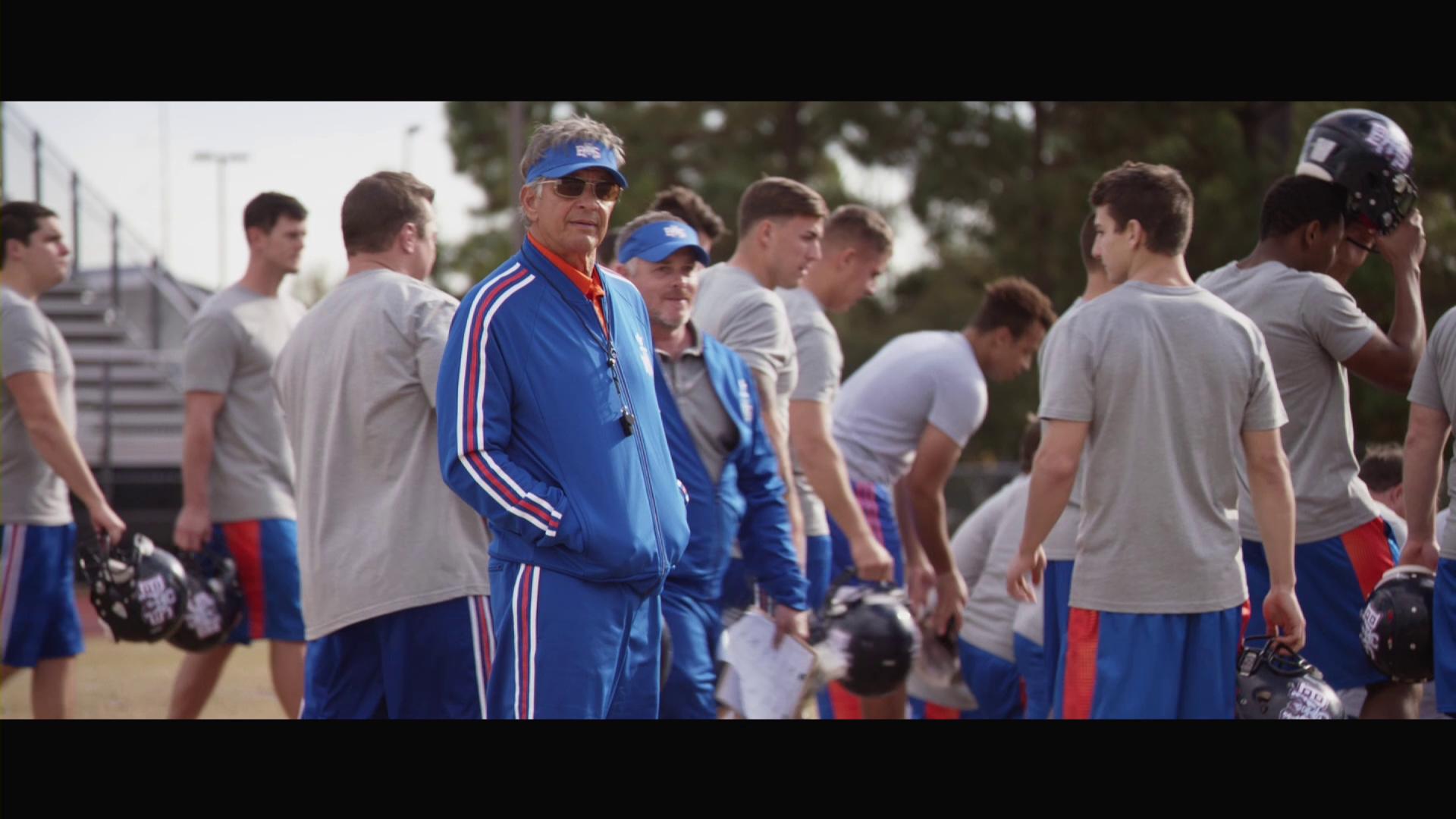 Overall, I was genuinely pleased with the audio that came on the Blu-ray release of Blue Mountain State: The Rise of Thadland.  Surprised to see that it was a Dolby Digital 5.1 track considering that it’s a MOD release.  Doing a great job at offering an immersive experience for those watching, making them feel as if they’re right in the middle of the partying and the football games.  It was clean, and clear, and we were able to hear and understand everything as the movie played on. 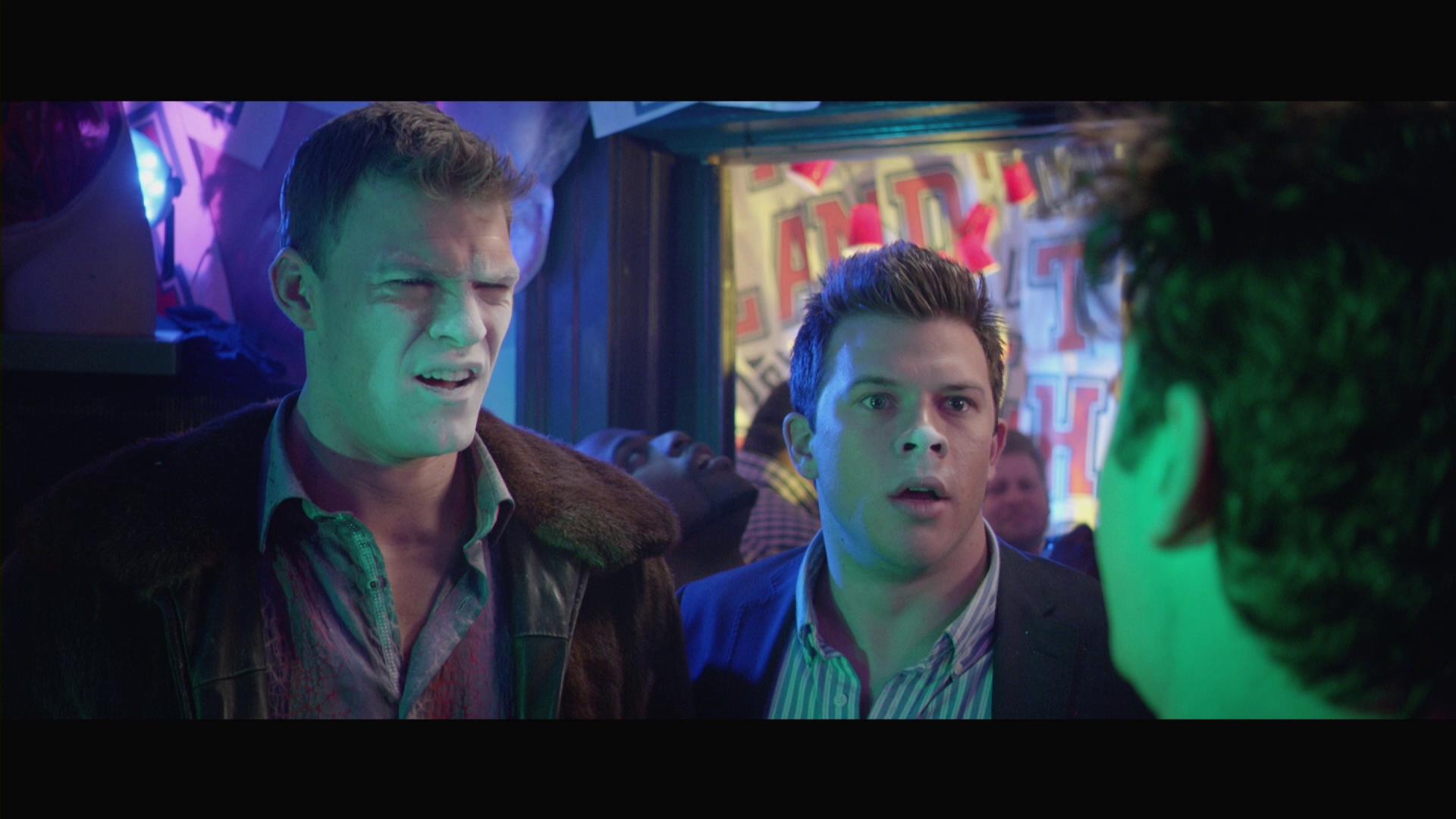 Blue Mountain State: The Rise of Thadland comes packaged a standard single disc Blu-ray amaray case.  Within that case is the single Blu-ray copy of the film, the disc bearing artwork that is representative of the film at hand.  There are no DVD copies of the film included, nor are there any digital copy redemption pamphlets.  There is no slipcover available with this release as it is a made on demand style release. 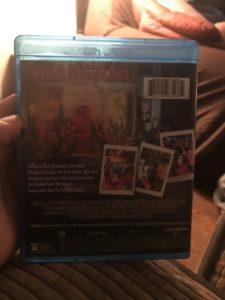 Unfortunately, there are no special features included on the Blu-ray release of Blue Mountain State: The Rise of Thadland as it is a MOD release and those rarely include any additional content. 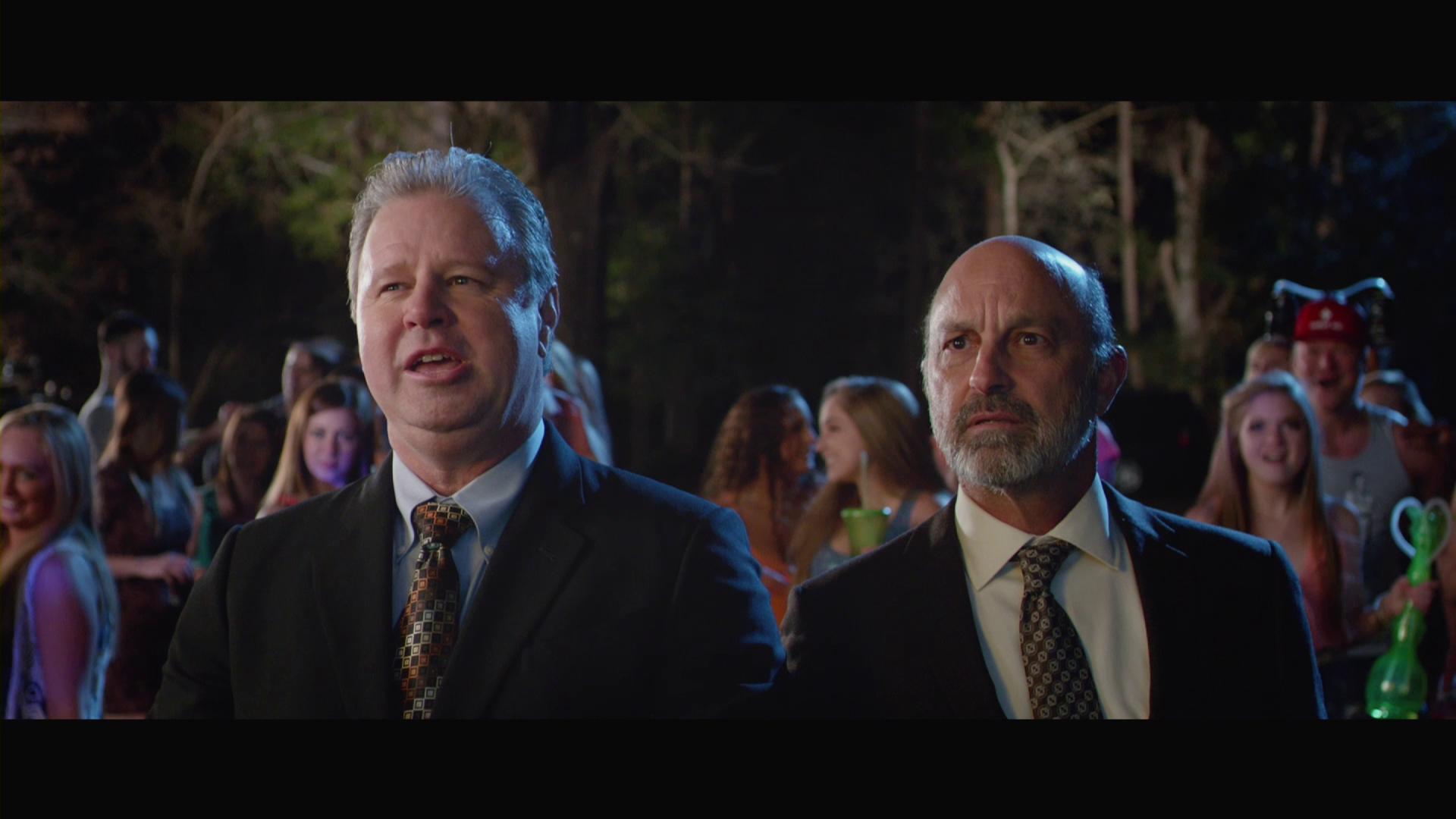 Overall, I’m really glad that I picked up Blue Mountain State: The Rise of Thadland to finish up my Blue Mountain State Collection since I have the TV series on DVD.  I couldn’t help but feel a little let down with this movie because while the story wasn’t bad, it really was a let down when comparing it to the earlier released television show.  There are no special features on this release, which is a little disappointing as I would’ve loved to have seen some of the behind the scenes work with this crew.  I can only recommend picking this film up if you’ve been a loyal follower of the television show – but if you loved the TV show and go to watch this, set your expectations low because the television series was significantly better.  However, I am genuinely curious to see if the NC-17 version of this film will get released because I know that I would pick it up on release day.