Ride is a 2018 Thriller film that was written and directed by Jeremy Ungar, in his feature directorial debut. Featuring stars like Bella Thorne, Jessie T. Usher, and Will Brill, Ride tells us the story of a struggling actor named James.

James pays his bills by driving people around Los Angeles for a ride sharing service (similar to Uber or Lyft). His night starts out like any other night, but he can’t believe his luck when he picks up the beautiful Jessica, and they immediately hit it off. His next fare, the fast-talking Bruno, convinces him to go back and invite her to join them for a wild night out. However, things take a shocking turn when Bruno, armed with a gun and a twisted idea of fun, forces them on a terrifying, white-knuckle ride that quickly spirals out of control.

Ride was produced by Unified’s Kjarval, Tyler Jackson, and Sefton Fincham and was financed by the Fyzz Facility along with Unified Film Fund II. Robert Jones and Wayne Marc Godfrey executive produced the film, along with David Grace, Mike Rowe, Levi Sheck, and Dean Buchanan. Ward and Jess De Leo from RLJE negotiated the deal with Endeavor Content on behalf of the filmmakers. 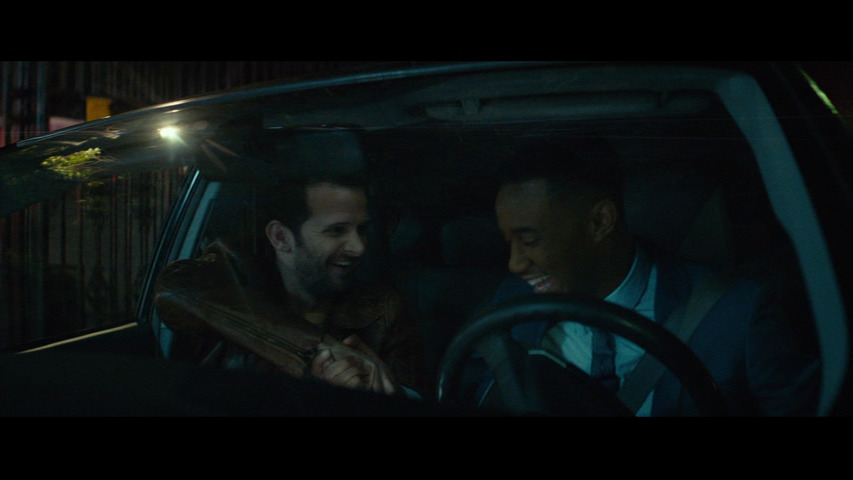 Ride is a movie that feels similar to a class exercise that I worked on during my undergraduate that presents itself in a decent and considerably competent manner.  All in all, the movie is a good time.  The story is tightly built, and it doesn’t fall apart at all as things escalate.  There really isn’t much that stands out with this movie at all, however, if you’re looking for an okay-ish thrill ride, this movie will do a solid job at fulfilling that.  Just, don’t go into the movie expecting much as you won’t be left with too much outside of a few moments of tension that accompany the thrilling story. 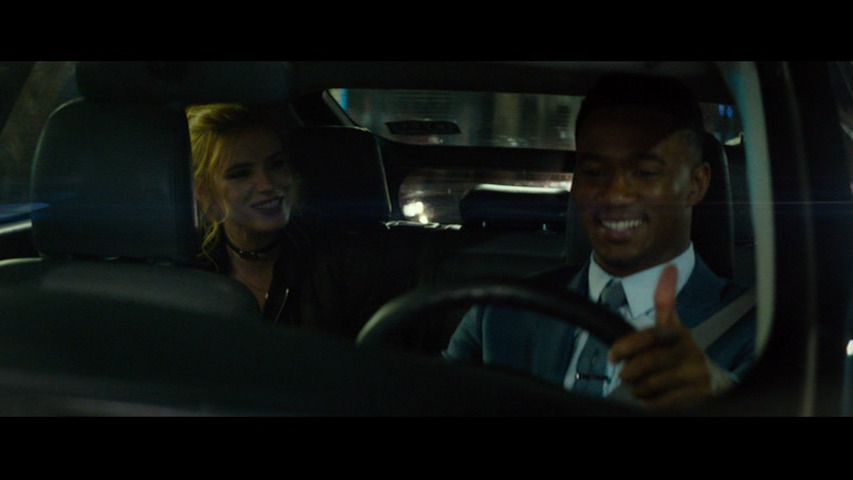 The DVD release of Ride looks just as you would expect with any other standard DVD release.  Visually clean enough to essentially understand what is going on without any kind of added benefit from the presentation.  There were a fair number of darker sequences that took place that my wife and I found to be difficult to see or understand what was happening only to be left wondering how things would have looked in the HD presentation that’s being offered with the Blu-ray release.  Like I had mentioned, we could get the overall gist of things as they progressed; with no parts standing out more than others; and in all honesty, it felt similar to a standard television broadcast with the visual display. 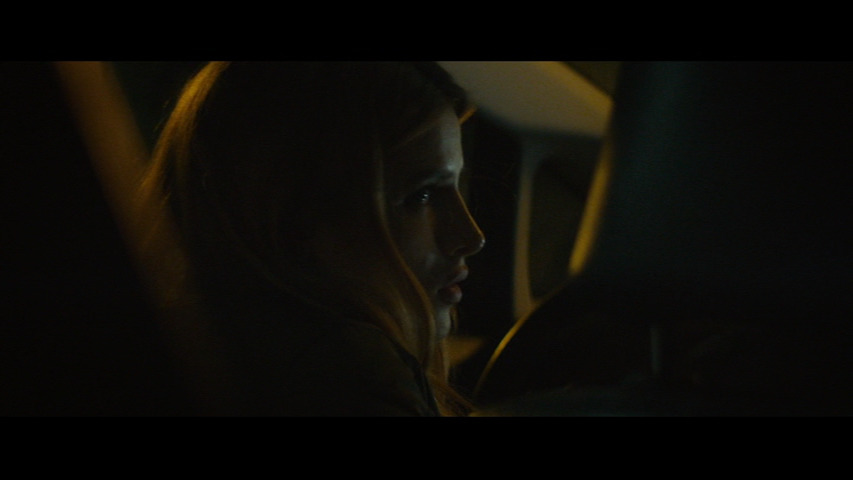 Packaged with an English Dolby Digital 5.1 mix, the DVD release of Ride offers the absolute extent of what it can within the limitations of the format.  While it’s not as powerful as the mix that’s being included with the Blu-ray release, after having to turn up the audio volume level on my receiver we were able to understand what was going on.  There really isn’t any kind of immersion with this release, and audiences are provided with the basic necessities to kick back and relax with the storyline that’s ahead of them. 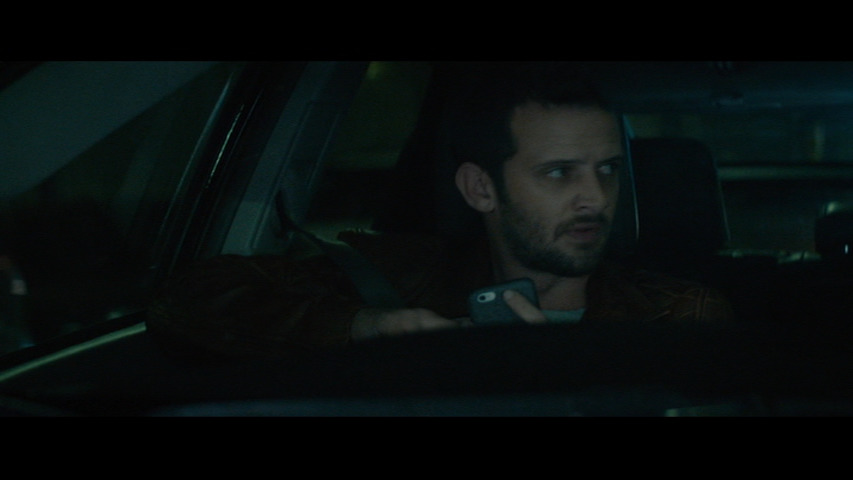 The DVD release of Ride comes packaged in your standard single-disc DVD amaray case.  Within the case is the standard DVD copy of the movie, the disc featuring artwork that’s related to the movie and completely different from that of what’s provided on the case.  There are no digital redemption pamphlets included with this release; but, there is a slipcover that’s been included with the same artwork that’s available on the case. 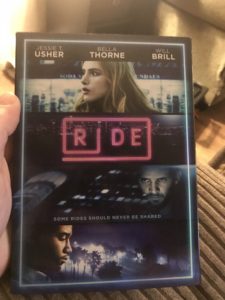 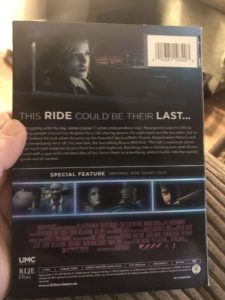 There really isn’t much in terms of additional content included on the DVD release of Ride.  And with that singular item, it was a nice feature to check out; but there really could have been more of an effort put in this section.  Maybe bonus footage to share the experiences that were had in making the movie?  Or how about some insights that could allow viewers to expand their take on the storyline of the film?  Either way, the content that’s been included with this release is: 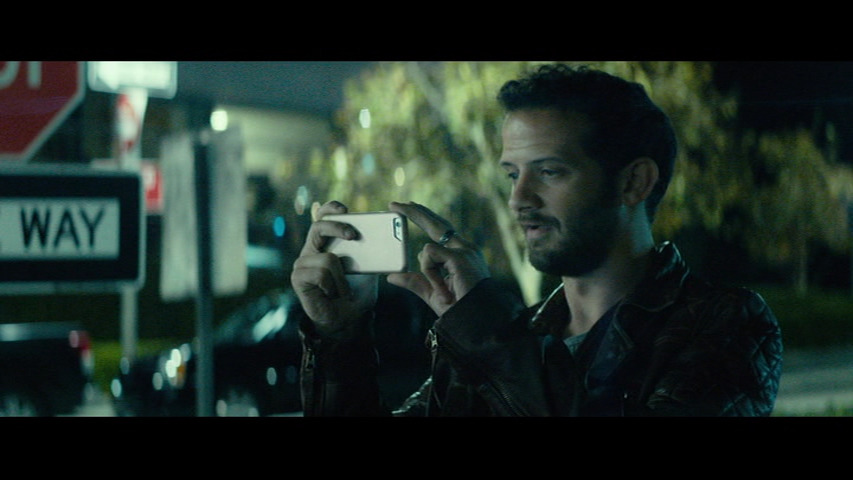 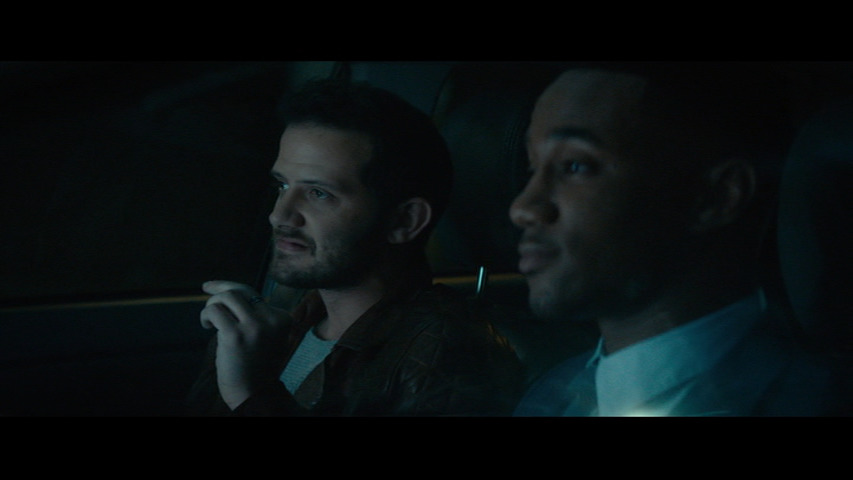 All in all, Ride was a pretty fun time.  Sure, it’s not any kind of exceptional experience or unique kind of experience, but it was a decent one that both my wife and I found ourselves enjoying.  I really do wish that we had been given the opportunity to check this movie out on Blu-ray as I feel that the higher definition would have offered a significantly better experience than the DVD counterpart.  Otherwise, the overall experience that was had visually and audibly with the DVD was just as you would expect it to be as it pushes the limits of the format as a whole.  There really could have been more included in the bonus features section, despite the single item that was included being decently executed.  If you’re considering this film for your collection, I would definitely recommend checking it out, as long as you too can manage to go into it without high expectations.  Ride is available on Blu-ray and DVD today. 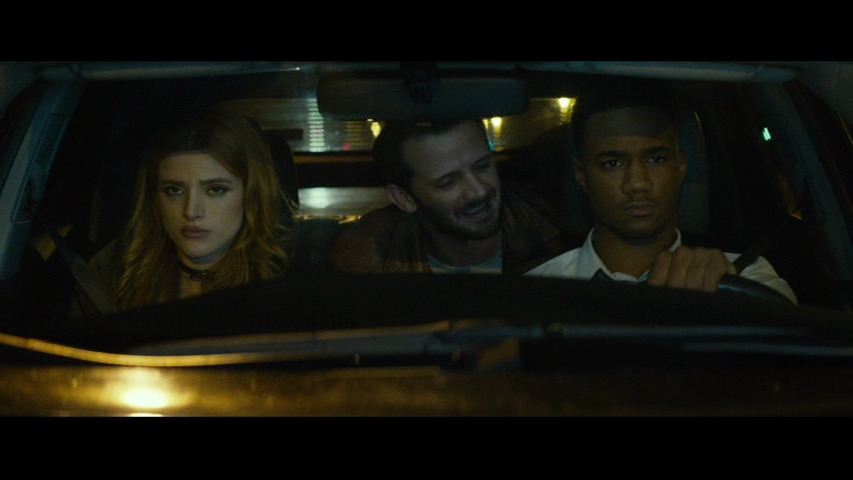