Revolutionary Girl Utena is a manga that was done by Chiho Saito and the anime directed by Kunihiko Ikuhara. The manga serial originally began in the June 1996 issue of Ciao and the anime was first broadcast in 1997. The anime and manga were created simultaneously, but despite some similarities, they progressed in different directions. A movie titled Adolescence of Utena was released in theaters in 1999. A number of stage productions based on the franchise were also produced through the mid-1990s, including the Comedy Musicale Utena la fillet revolutionnaire, staged by an all-female Takarazuka-style cast.

The main character is Utena Tenjou, a tomboyish teenage girl who was impressed by a kind prince in her childhood that she decided to become a prince herself, expressed in her manner of dress and personality. She attends Ohtori Academy, where she meets a student named Anthy Himemiya, a girl who is in an abusive relationship with another student. Utena fights to protect Anthy and is pulled into a series of sword duels with the members of the Student Council. Anthy is referred to as the “Rose Bride” and is given to the winner of each duel. It is said that the winner of the tournament will receive a mysterious “power to revolutionize the world”, and the current champion is constantly challenged for the right to possess the Rose Bride.

The Student Council Saga covers the first thirteen episodes of the series. Being the beginning part of the series, it introduces Utena, Anthy and most of the main characters and Utenas battle to win the Rose bride in her duels against the Student Council Members. Utena is a highly metaphysical, surreal and allegorical shojo series. It contains a mix of borrowed visuals from Takarazuka theater, shadow puppetry and classic douseiai-style shojo manga. 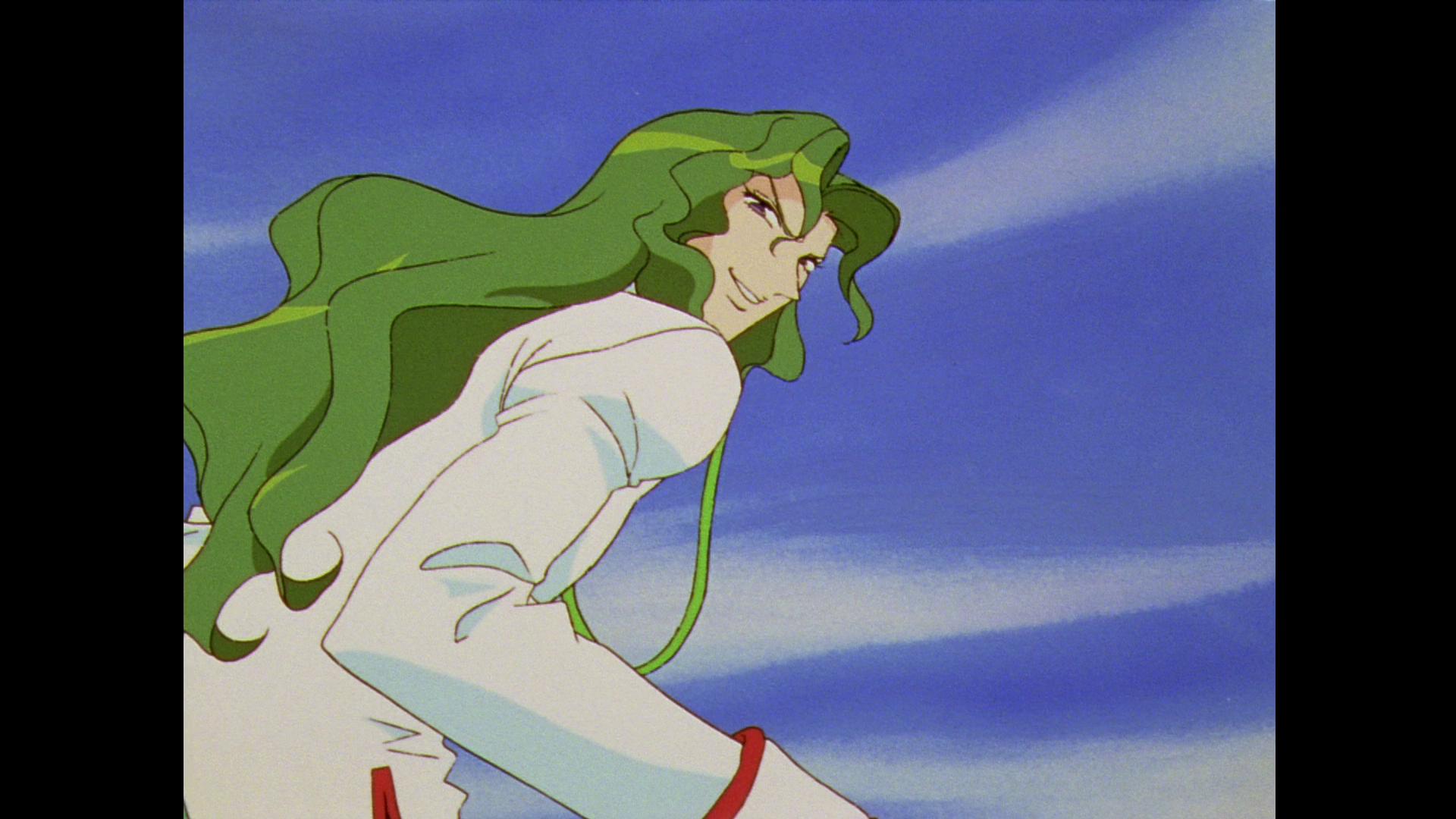 Just like any other anime release, I had my skepticism when I came home to find Revolutionary Girl Utena: The Student Council Saga sitting in my mailbox.  Of course I’m guilty of judging this release by its cover and the brief synopsis on the back – I just wasn’t sure what to expect going into this series.  After actually taking the time to sit down and watch this series, I felt almost as if this was more of a Scott Pilgrim‘ish storyline (despite this series coming out before Scott Pilgrim vs The World).  The concept of this series is definitely an interesting one, and is one that I found myself wanting to see what happened next with, but it was a little too un-exciting for my personal tastes.  After learning that there are three other saga’s affiliated with this, I am interested in seeing where the remainder of the story goes and hope that it picks up more. 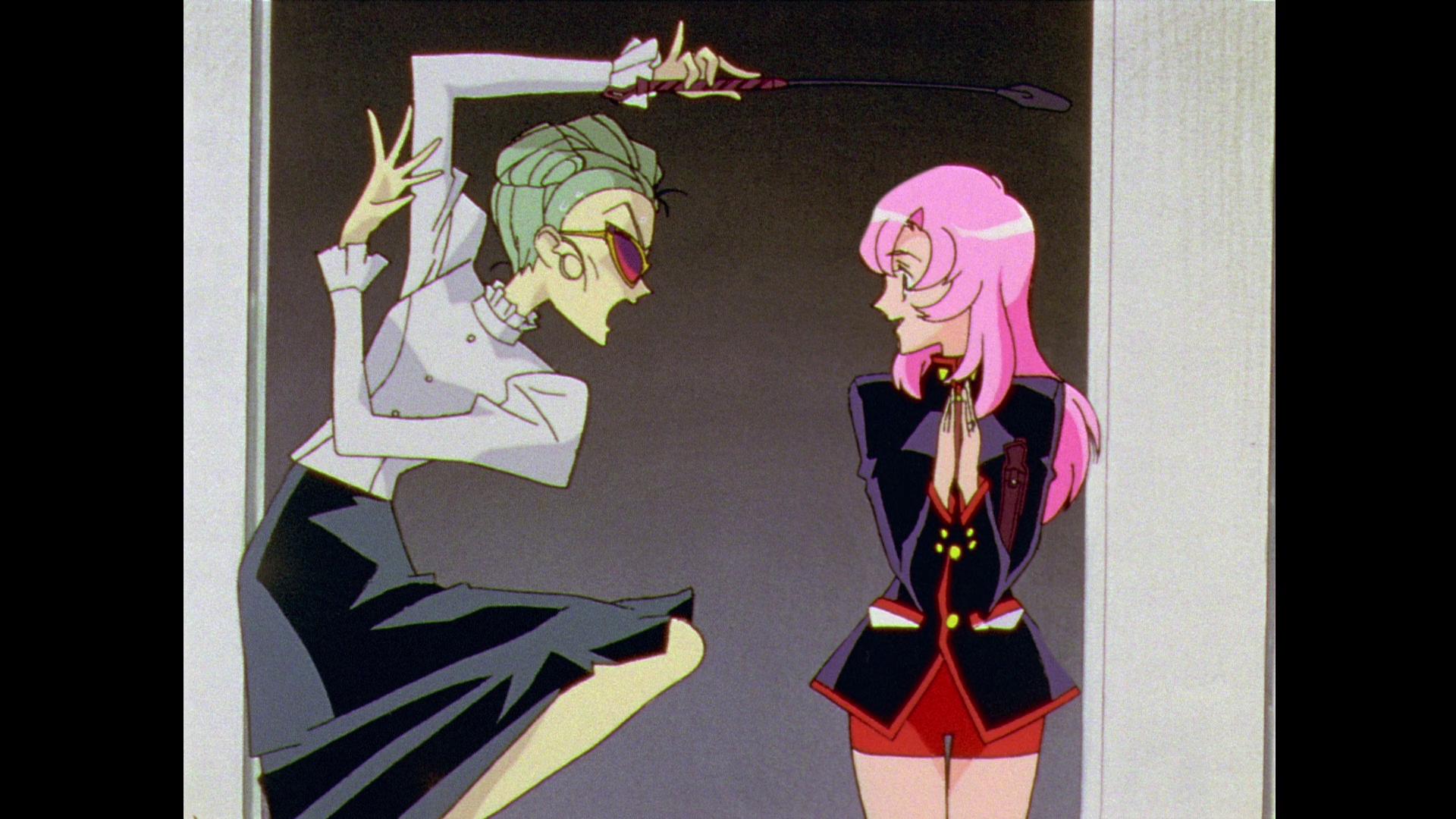 Presented in 1080p, Revolutionary Girl Utena: The Student Council Saga absolutely shined as it played out on my living room television.  Presenting a vast and bright color palette and considerably sharp animation lines, home viewers are able to get a beautiful view into the story of Utena and her battles.  Even as the storyline progresses, I know that I had nothing to worry about with the faster paced sequences as animated features in 1080p typically experience little to no distortion in the picture quality; and this release is no exception to that. 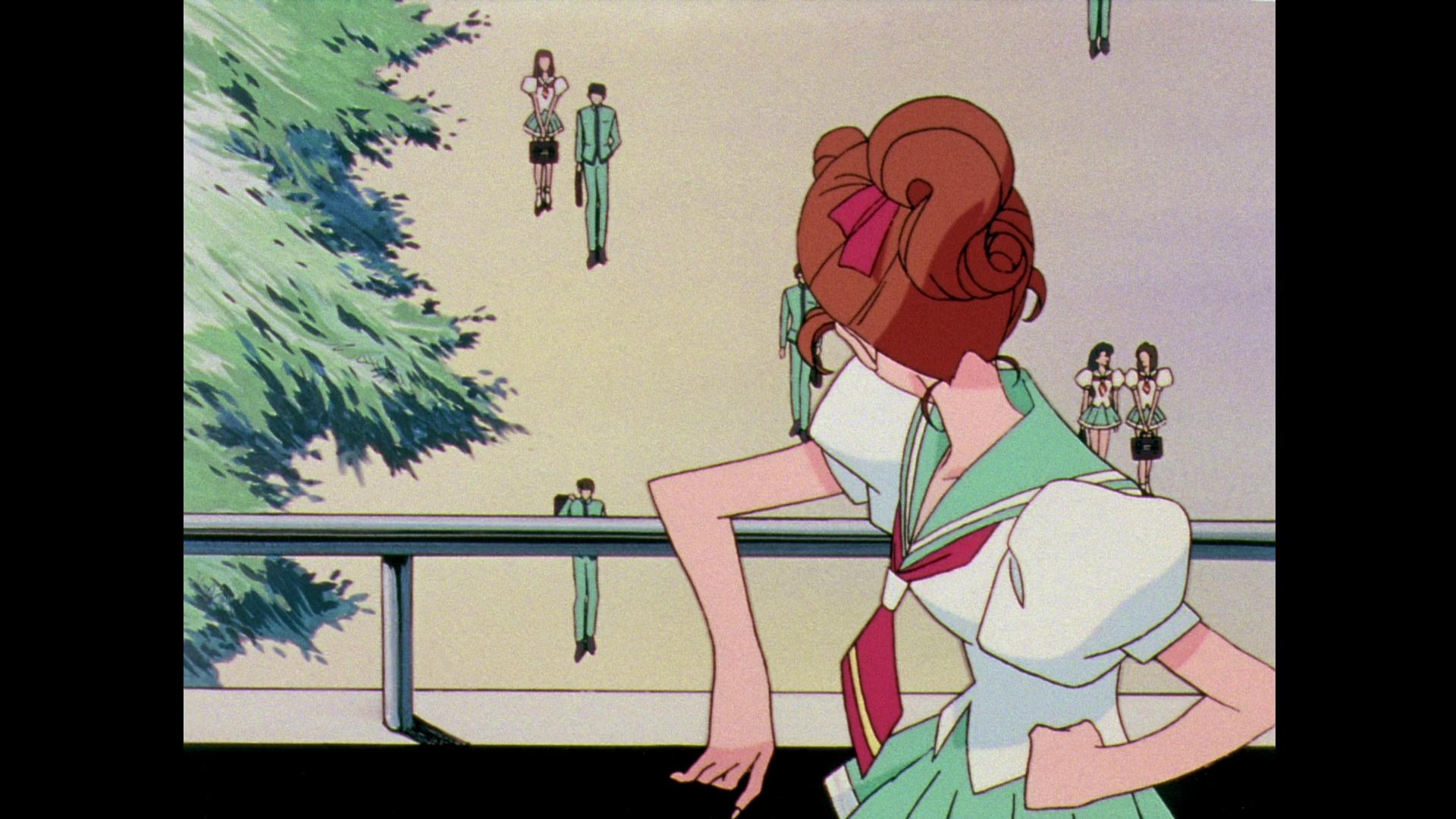 Revolutionary Girl Utena: The Student Council Saga comes packaged with three audio tracks.  While I primarily used the English LPCM Stereo track since I can’t understand Japanese, it didn’t really offer much in terms of immersion.  That said, there were no issues with the Stereo track as I was able to completely hear and understand everything as the series moved onward without having to manually adjust my volume controls whatsoever; so not having that particular variable in the audio presentation is certainly appreciated. 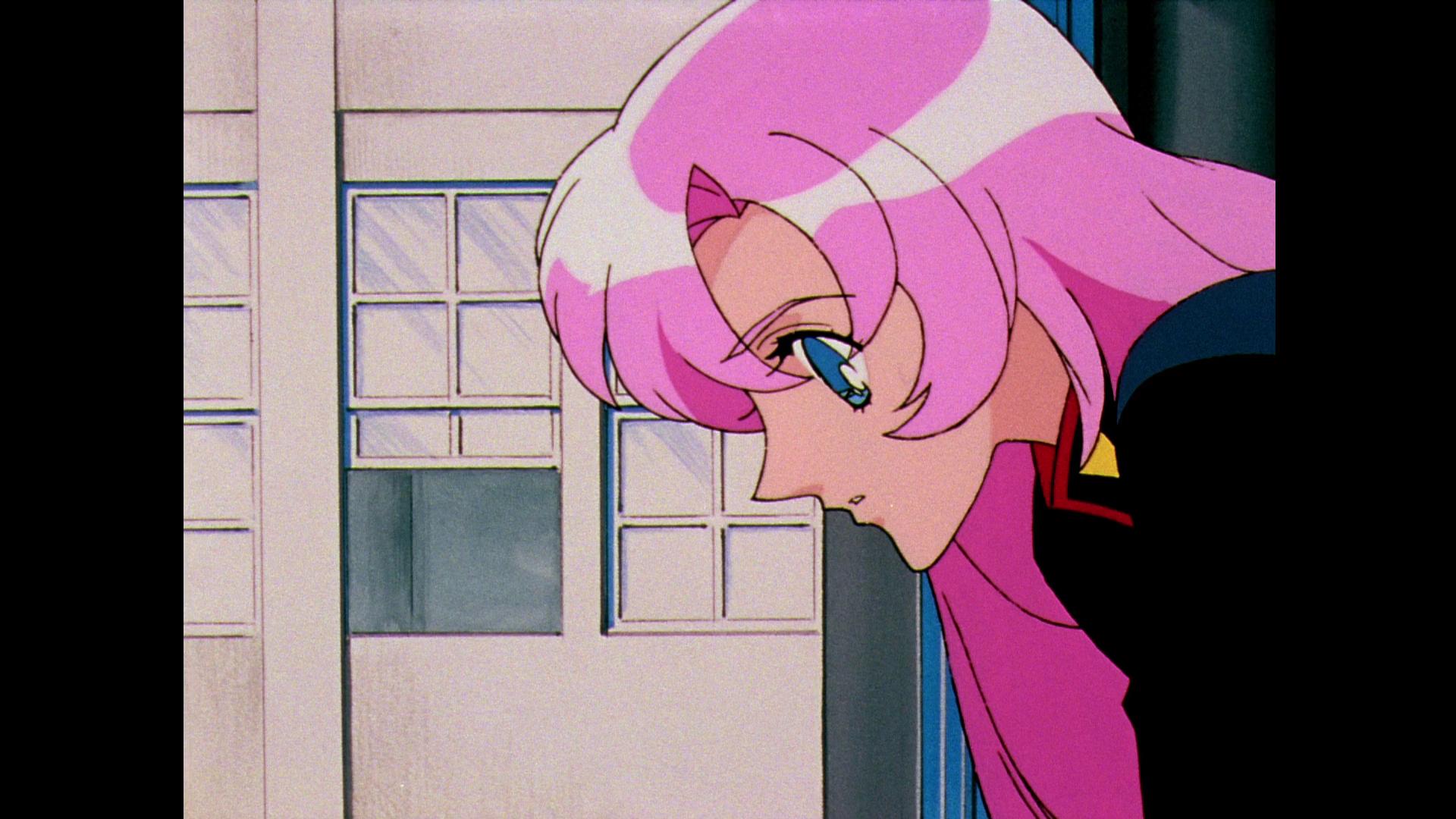 Revolutionary Girl Utena: The Student Council Saga comes packaged in your typical three-disc Blu-ray amaray case.  Within that case are the three discs that make up this segment of the series, each disc not really containing any artwork whatsoever relative to the series.  They only contain the standard text to help differentiate the disc from other discs in ones collection.  There are no digital copy redemption pamphlets, nor is there any slipcover available with this release. 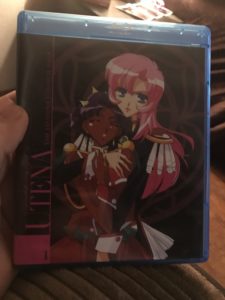 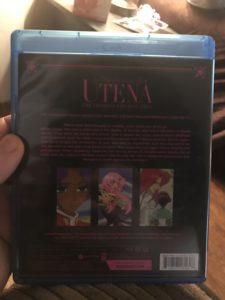 There is a fair amount of additional content that’s been provided with Revolutionary Girl Utena: The Student Council Saga.  Each of the three discs containing something to see some additional footage; while not one piece of it is a further exploration into the work that went into the series.  Included with this release is: 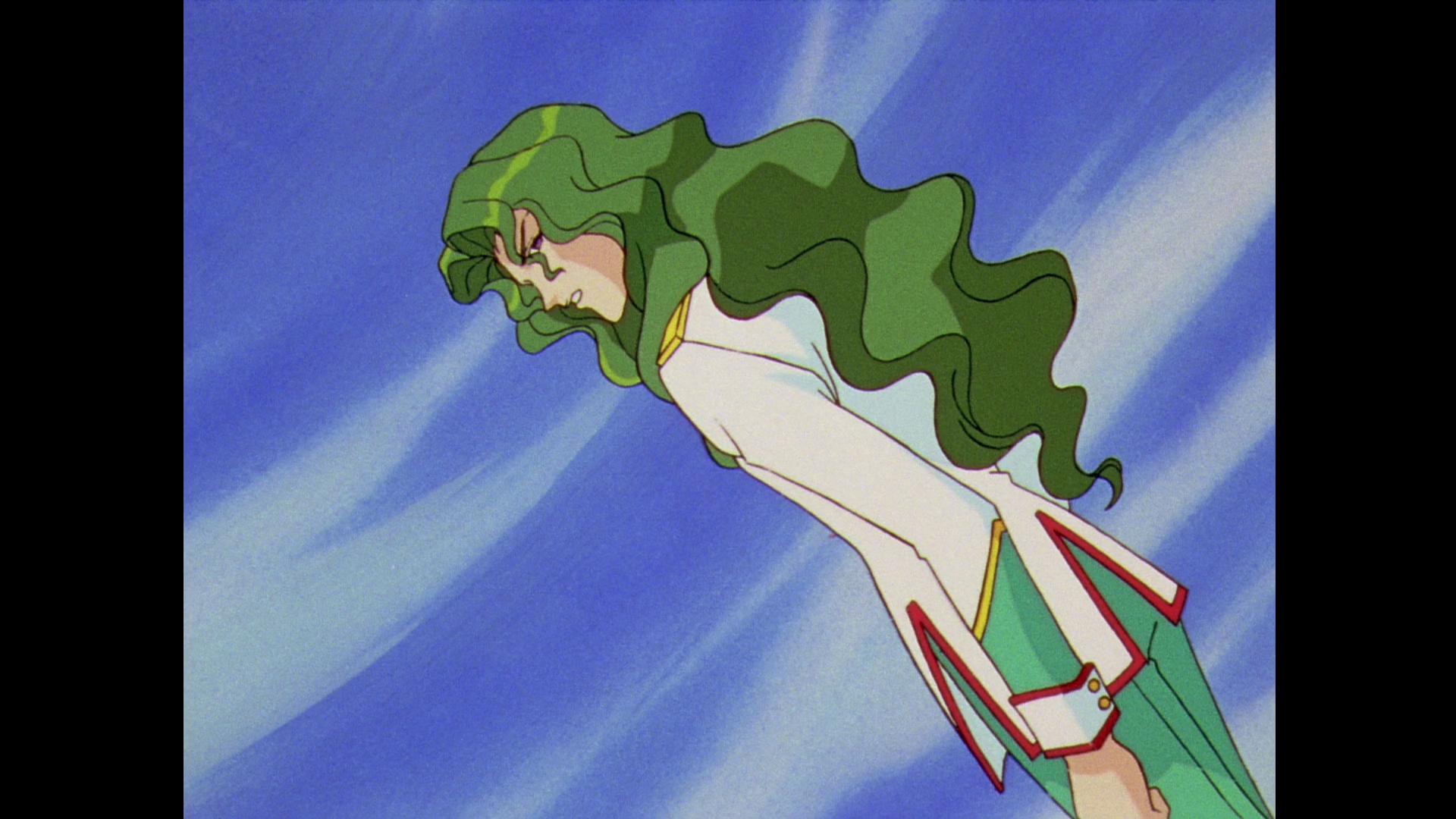 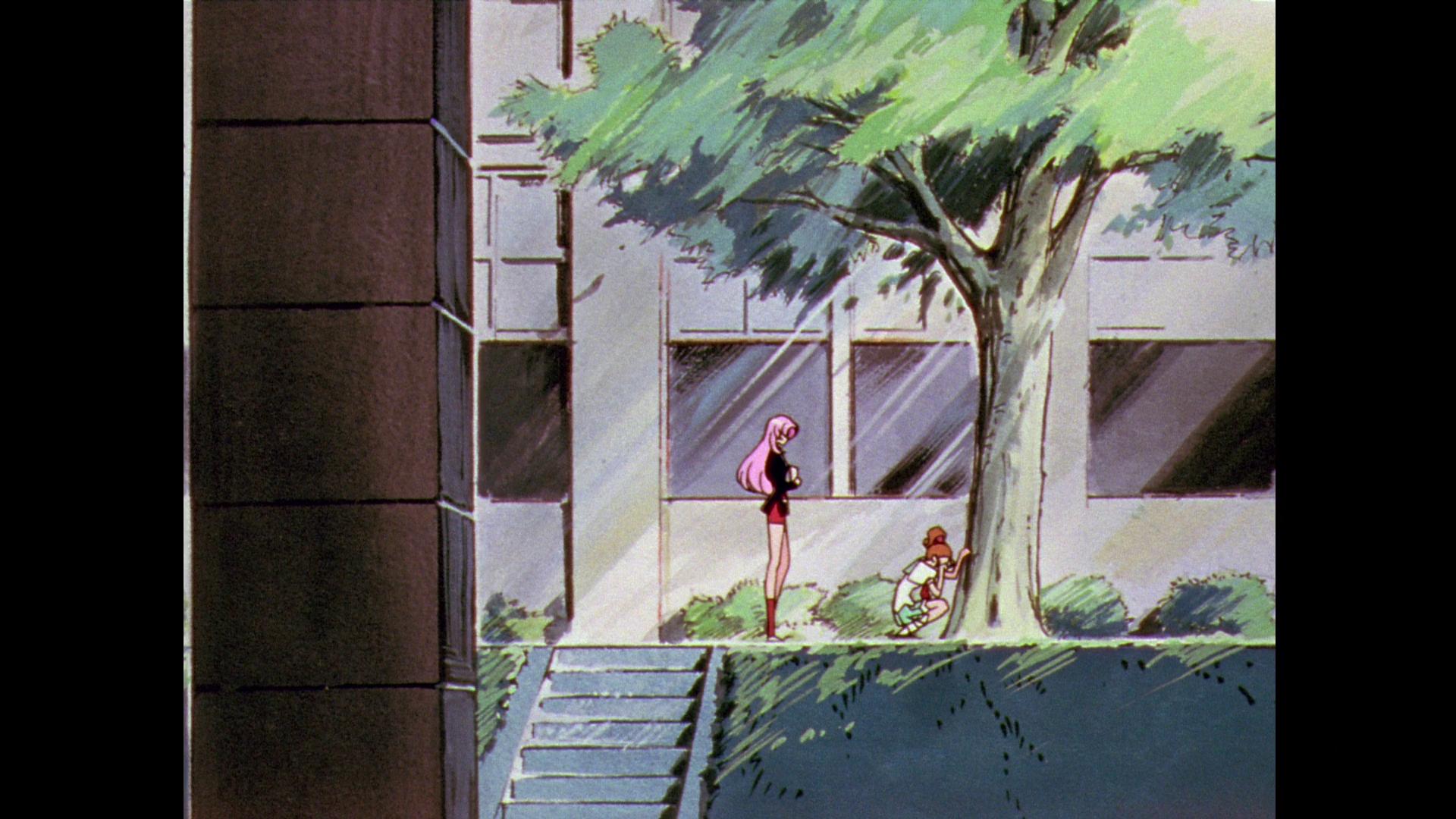 Generally speaking, I was really glad to have had the opportunity to check out Revolutionary Girl Utena: The Student Council Saga and its upcoming Blu-ray release.  While I wasn’t too impressed with the series itself, I am genuinely curious to see where it goes after these thirteen episodes.  The presentation of this particular release is cleanly done, giving home audiences bright colors and a clean audio experience.  There are some related bonus features that have been made available on each of the three discs.  If you’re interested in grabbing this release for your collection, it does become available on October 3; and I’d recommend grabbing it right from RightStuf anime because they definitely put a lot of work into making this release available to everyone.