Resident Evil: The Final Chapter is a 2016 science fiction action horror film that was written and directed by Paul W. S. Anderson and serves as a direct sequel to the 2012 film Resident Evil: Retribution and is the sixth and final installment of the Resident Evil film franchise. The film is loosely based on the survival horror video game series that operates under the same name. Featuring stars like Milla Jovovich, Ali Larter, Shawn Roberts, Ruby Rose, Eoin Macken, William Levy, and Ian Glen. In the film, Alice and her friends are betrayed by Albert Wesker, who gathers the entire forces of Umbrella Corporation into one final strike against the apocalypse survivors.

Principal photography for the film began on September 18, 2015 in Cape Town/Hartbeespoort Dam, South Africa. During filming, Jovivch’s stunt double, Olivia Jackson, was severely injured when her motorcycle crashed with a camera crane and left her in a medically-induced coma for two weeks. She had been riding at a high speed without a helmet, resulting in the accident ripping off half of her face and crushing her facial bones. Among her injuries, there was cerebral trauma, a crushed face, a severed artery in her neck, a paralyzed arm several broken ribs, a shattered scapula, a broken clavicle, torn fingers with a thumb that needed to be amputated, and five nerves torn out of her spinal corn. It was found that the camera crane had malfunctioned and failed to move out of the way and in December 2016, Jackson announced that her paralyzed left arm will need to be amputated above the elbow.

A second accident had occurred during filming on December 3, when crew member Ricardo Cornelius was crushed to death by one of the films props, a US Army issue Hummer, while on set. The Hummer was placed on a rotating platform and fell off crushing him. He later died in the hospital. Filming ended on December 9, 201, and according to Paul W. S. Anderson, the film was fully shot with 2D cameras and post-converted to 3D by the company, Legend 3D. It is the first time that a movie from the Resident Evil saga has had a 3D post-conversion, since the last two installments were shot in 3D.

Making its US theatrical debut on January 27, 2017 in 2D, 3D, and IMAX 3d, the film had received mixed reviews from film critics and ended up grossing $312 million worldwide against its $40 million production budget and went on to become the highest grossing film in the franchise. 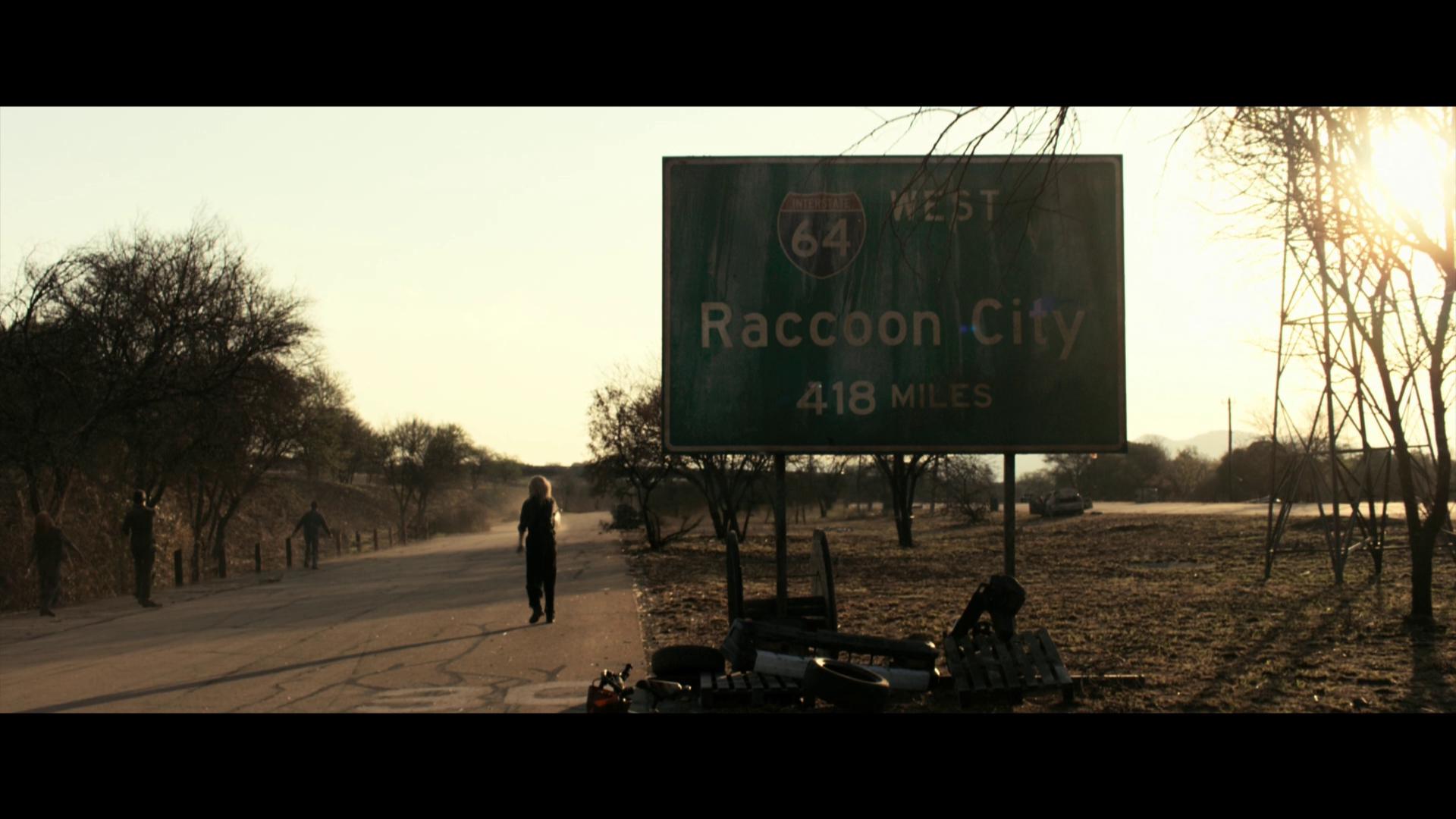 As much as I’ve enjoyed some of the earlier films in the Resident Evil franchise, I didn’t really care that much for The Final Chapter.  The story that we’re given felt rather bland and that it was more of a grasp at straws to make a quick dollar from those involved.  Sure, the action sequences in this film were considerably out of this world and really fun to watch; this movie really wasn’t worth staying up extra tonight. 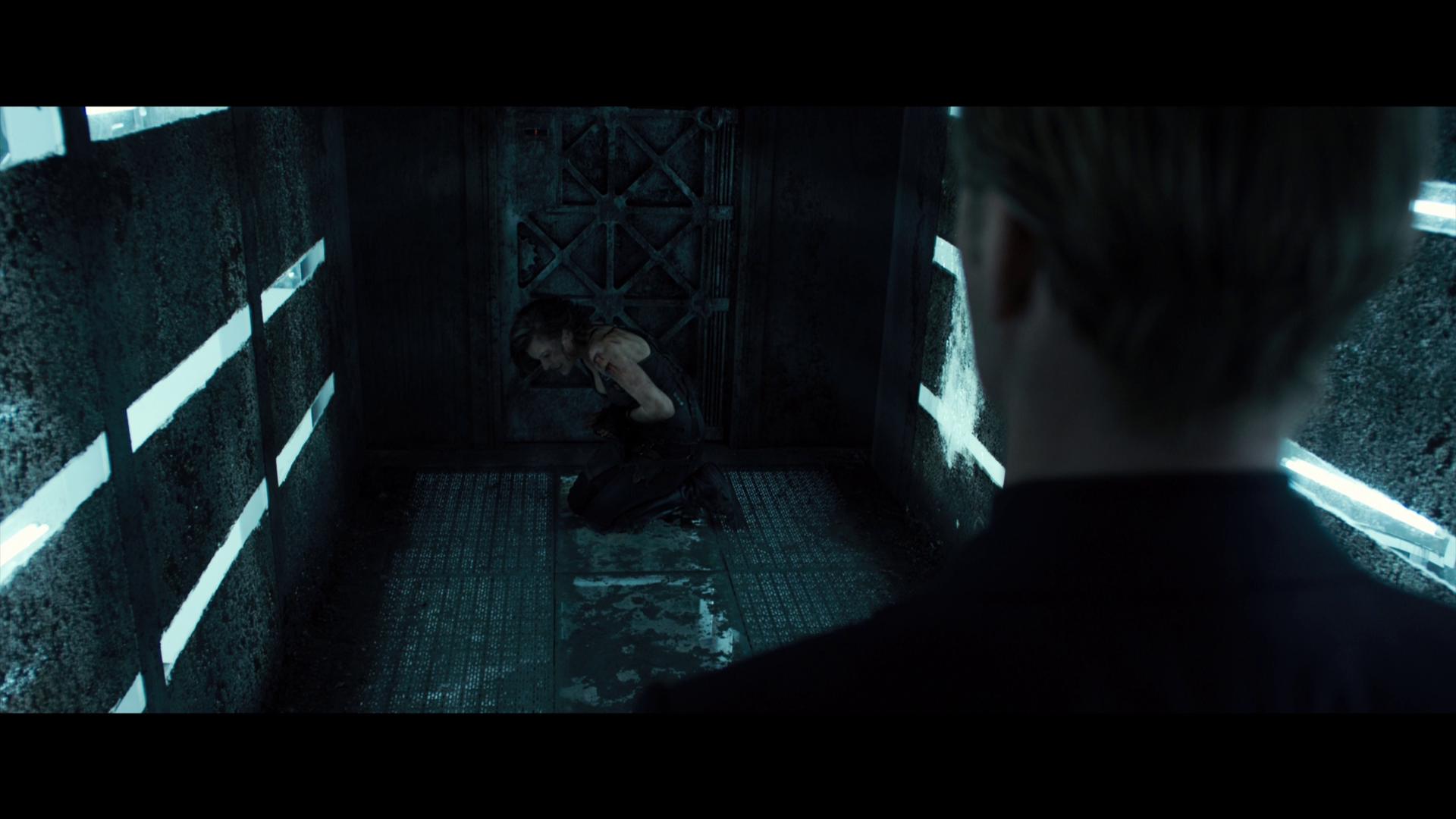 Reportedly shot in 5K and finished up at 4K, Resident Evil: The Final Chapter is a unique one, to say the least.  The overall visual presentation isn’t anything spectacular and looks considerably flat overall, especially with the lack of color throughout.  The use of HDR in this release does offer a bit of depth to the overall visual presentation.  The black levels don’t really do a good job at maintaining depth.  However, considering the nature of the story that’s being portrayed, the mucky view we have with this release seems to make sense, slightly.  The overall issue is that the 4K UHD release doesn’t really offer much of a noticeable improvement over its Blu-ray counterpart. 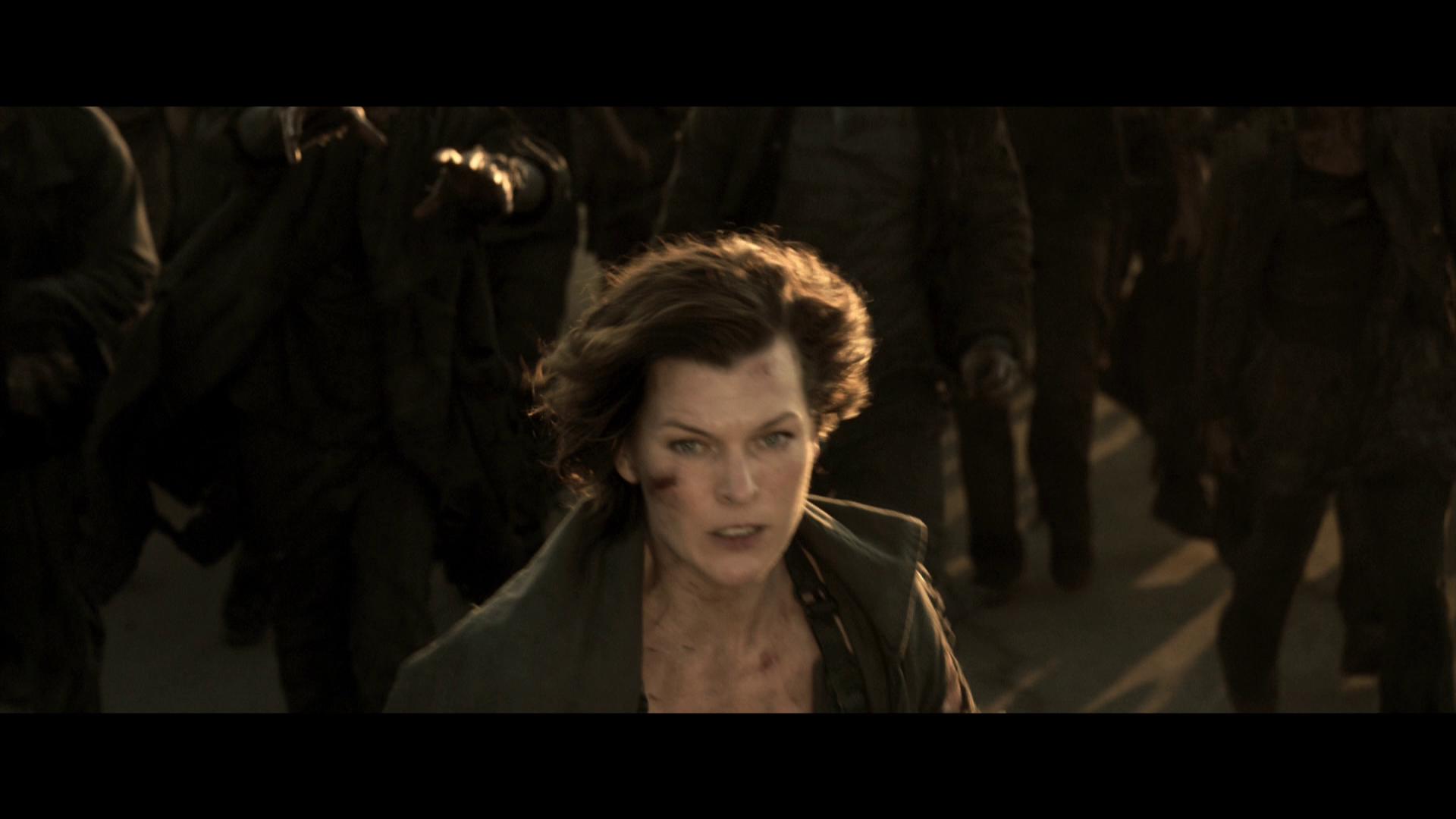 Yet another release that’s making use of the technology that comes packaged with the use of Dolby Atmos, Resident Evil: The Final Chapter really shines as it roars through home theater systems.  While the DTS-HD Master Audio 7.1 track that’s bundled with the included Blu-ray disc does a solid job with audible presentation, the Atmos track in the 4K UHD really does take things to a completely new level of epicness.  Giving those with the ability to make use of the technology a room-filling experience and all out immersive presentation of the events that are unfolding, the overall sense of “HOLY SHIT!” really is that much more clearer with this release. 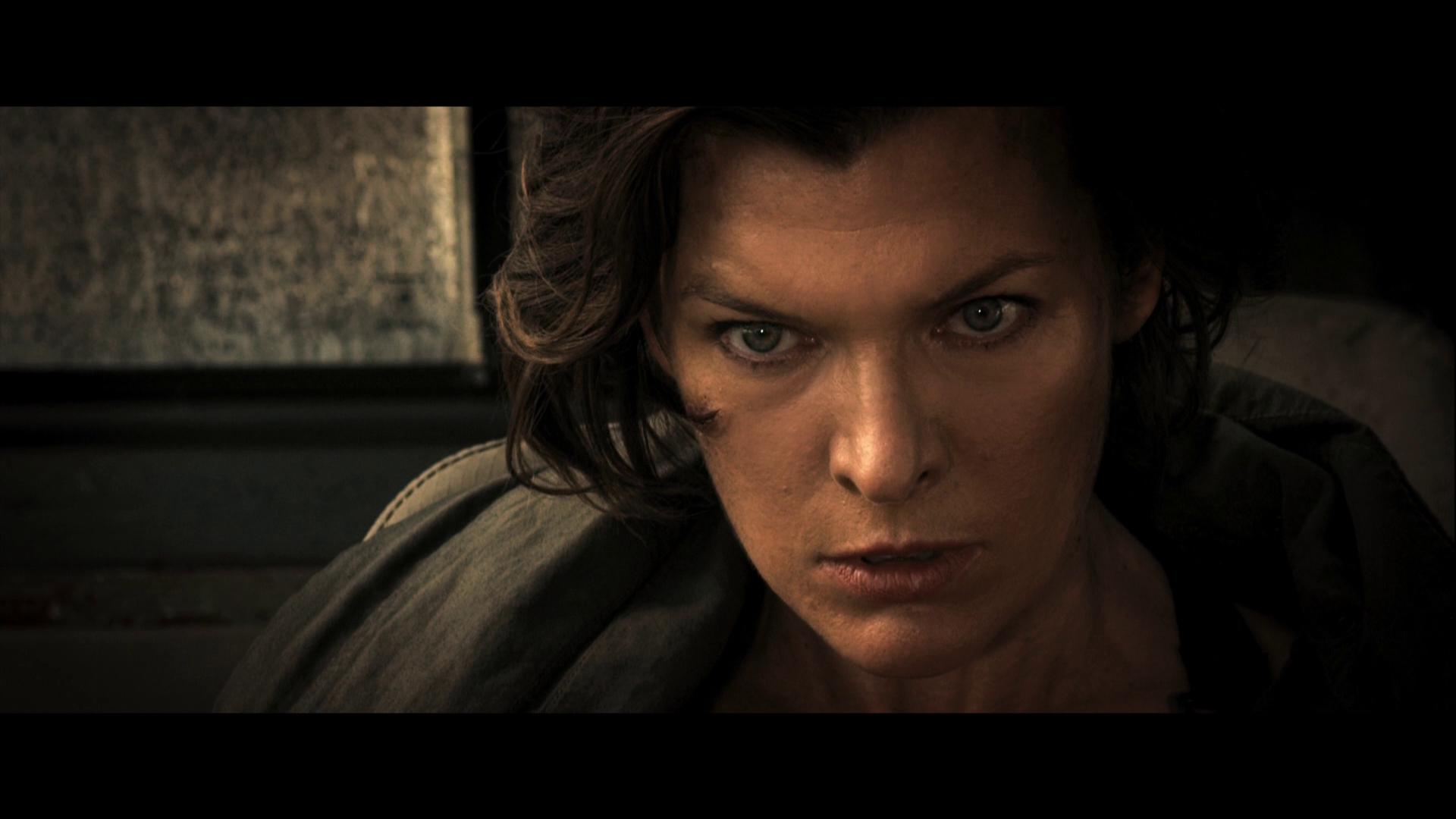 Resident Evil: The Final Chapter comes packaged in your standard 4K UHD amaray case.  Contained within that case is the standard 4K UHD release of the film as well as the standard Blu-ray copy of the film.  The discs do not feature any artwork whatsoever and only feature the necessary text that’s related to each copy of the film at hand.  There is also a digital copy redemption pamphlet for cloud streaming as well as there being a slipcover that’s been made available in the initial pressing of this film.  The artwork on the slipcover matches that of the amaray case. 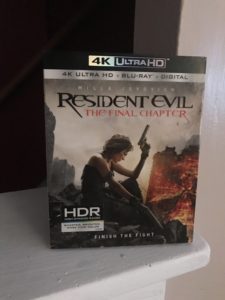 Just like every other 4K UHD release (with the exception of a couple of releases that are out there), Resident Evil: The Final Chapter does not offer any additional content on the 4K UHD disc.  All available special features are made available on the included Blu-ray disc.  Included with this release is: 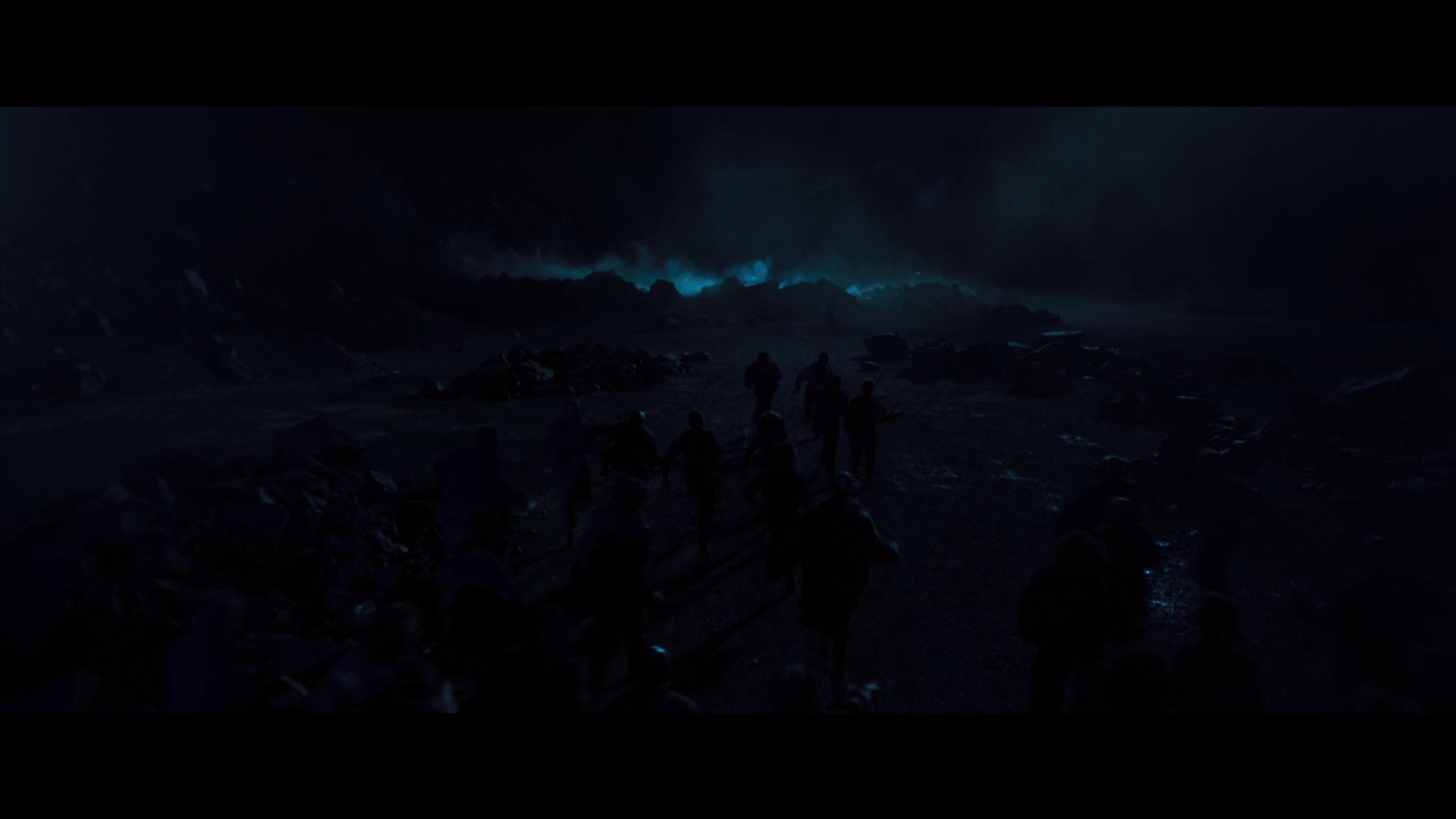 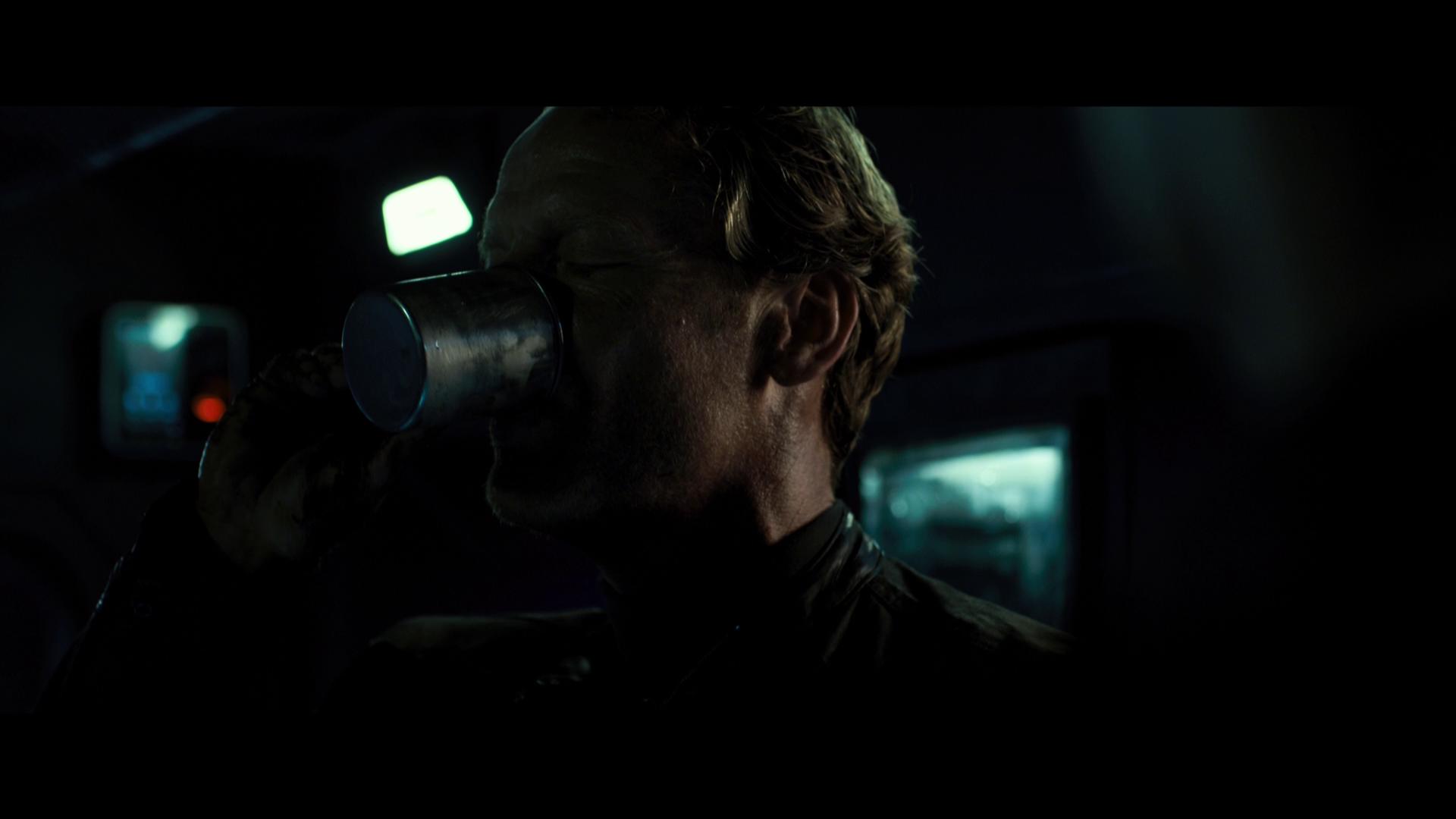 As you can see above, I wasn’t too fond of Resident Evil: The Final Chapter.  The story that we’re giving wasn’t really interesting at all; but it was maintained pretty decently through out.  The action that plays out in this movie was really well done and was a really great experience.  The visuals of this film don’t really justify paying the few extra dollars for the 4K UHD release as the Blu-ray definitely offered a better visual presentation.  The audio experience from the 4K UHD release was hands-down the best part of this release as it took the overall experience to a completely new level.  If you’re looking at picking this film up, I’d highly recommend waiting for it to go on sale; and even then, pick up the standard Blu-ray release.  Hopefully they keep to their word and that this film is indeed the final installment of the live-action franchise. 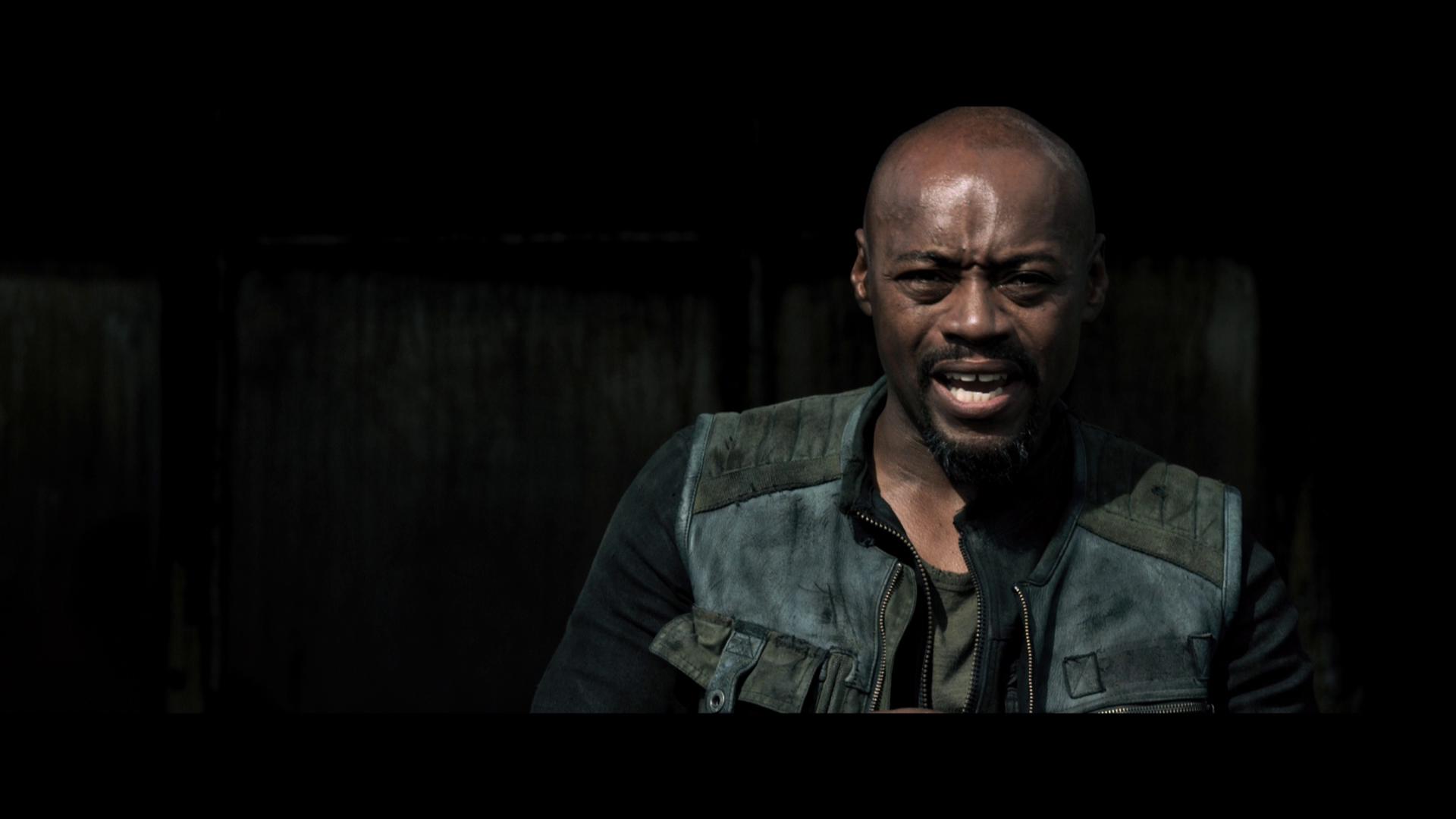