Reign of the Supermen is a 2019 animated superhero film that was produced by Warner Bros. Animation and DC Entertainment. The film serves as a direct sequel to the 2018 animated film The Death of Superman, based on the comic book of the same name that continues from The Death of Superman storyline. It is the 13th film in the DC Animated Movie Universe and is the 33rd film in the DC Universe Animated Original Movies.

Taking place just six months after the death of Superman and his sacrifice to defeat Doomsday, the film starts off with the Man of Steel’s ripped cape, and the world having been introduced to four new, different versions of the hero: Superboy, Steel, Cyborg Superman, and the Eradicator. Each one of them is different in their personalities and crime-fighting styles compared to the original Man of Steel; leaving the world questioning which one, if any, is the true Superman come back to life. Lois Lane is still reeling from Clark’s death, and decides to investigate further.

Reign of the Supermen was released and distributed by Warner Bros. Home Entertainment in limited Fathom Events theaters on January 13 and 14, 2019, and in Digital HD on January 15, 2019. The film’s DVD and Blu-ray were originally scheduled to be released on January 29, 2019, but was instead moved up to January 15.

Reign of the Supermen takes place just 6-months after The Death of Superman, as we follow along and see that the world is still mourning the loss of their beloved guardian and superhero. While we can certainly appreciate the continuation of the storyline that’s been a long time running in the DCAU, I couldn’t help but feel that there’s going to be a downward spiral with these releases as those that have been working on it are clearly starting to run into some creative exhaustion. Overall, the storyline was pretty decent; but doesn’t necessarily hold up to what I personally remember from reading the comics years ago. Somewhat predictable in nature, as I watched along, I found myself occasionally welcoming some distractions as an opportunity to step away from the TV; but also found myself consistently ready to return to the screen to see what was going to be happening next. 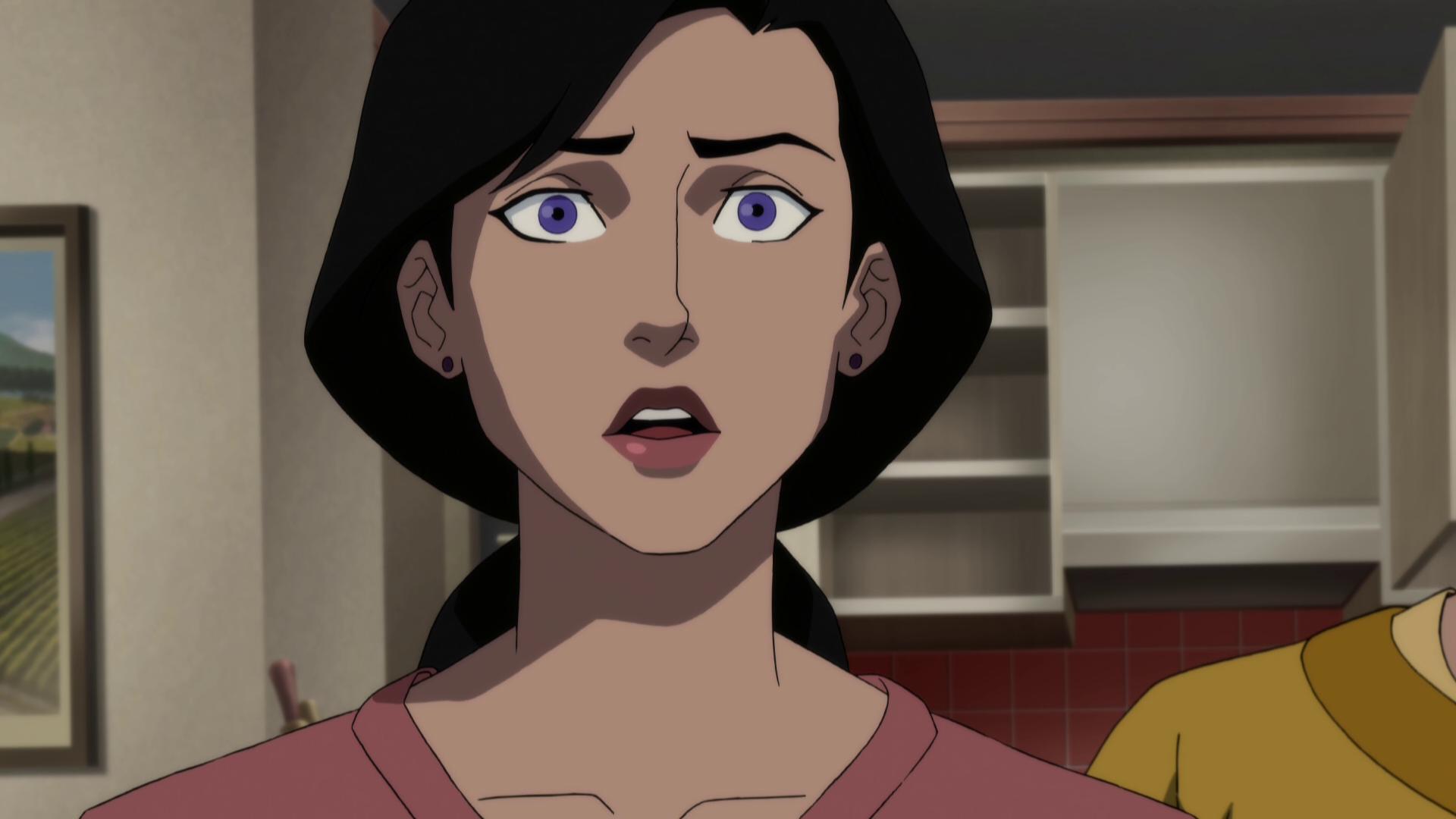 The Blu-ray release of Reign of the Supermen is brought to us in a 1.78:1 presentation from Warner Bros. Those of you who have been picking these releases up at release are becoming all too familiar with the minimalist animation styles that have been used, and this release certainly meets those expectations that come with it. With its brightly colored palette, the costumes and display of superhero abilities are considerably robust and intense enough that they’re generally pleasing to the eye. Overall, it was a pretty solid experience visually, just don’t go into it with high expectations of the work from the animation crew. 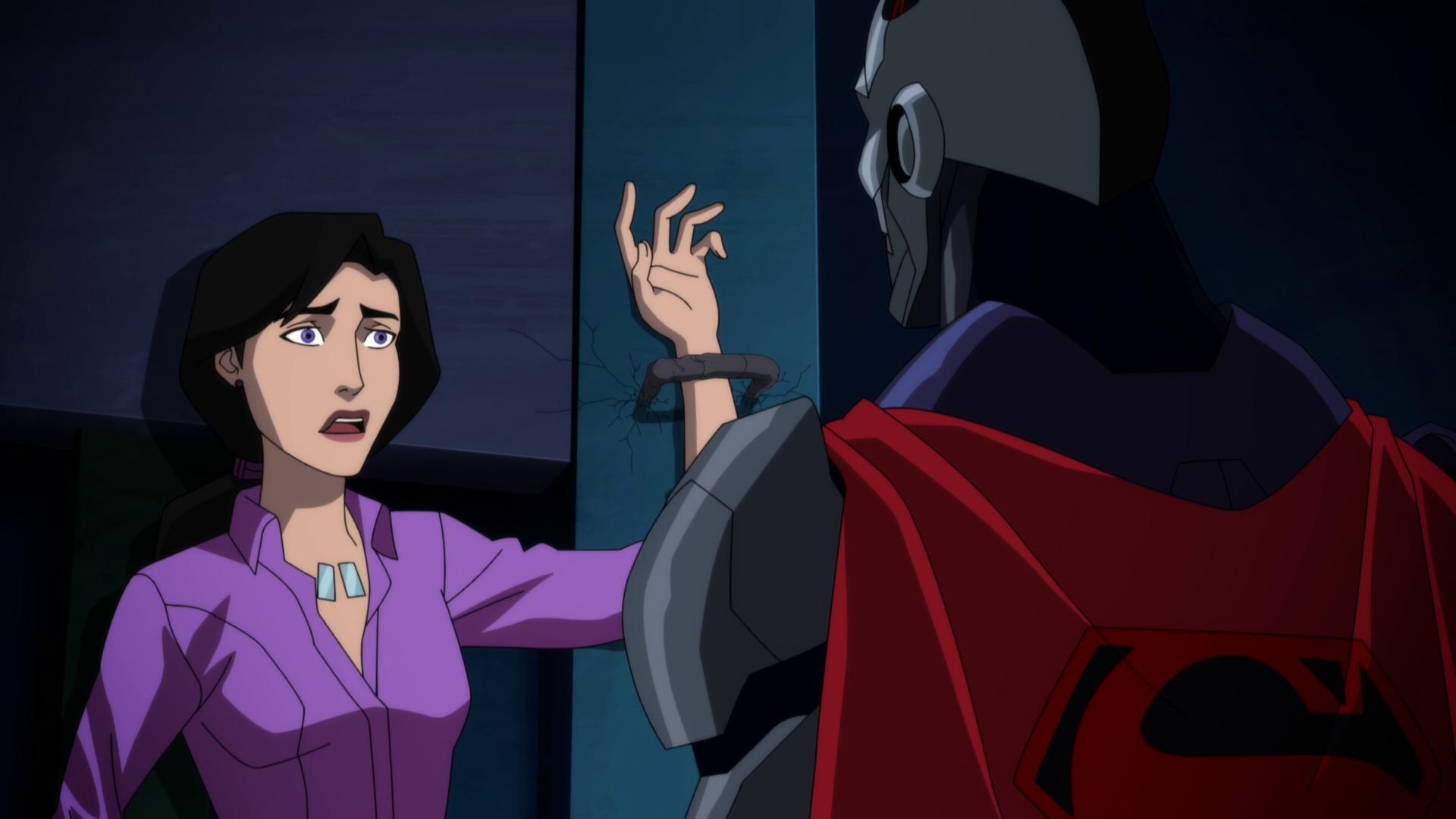 Packaged with a lossless DTS-HD Master Audio 5.1 mix, the Blu-ray release of Reign of the Supermen offers a pretty powerful and immersive audio experience, and one that’s probably one of the best of the DCAU to date. With its room filling effects, audiences can enjoy a clean and clear vantage point that places them right in the middle of everything as the transitions between the channels are clean and effortless and help with the overall immersion. However, I do feel that this release would have benefited with the inclusion of the surround channels had they opted for at least a 7.1 mix. Aside from that, everything was clean, and the dialogue took precedence over everything else, allowing for the characters to be heard and understood without any need to adjust the volume levels. 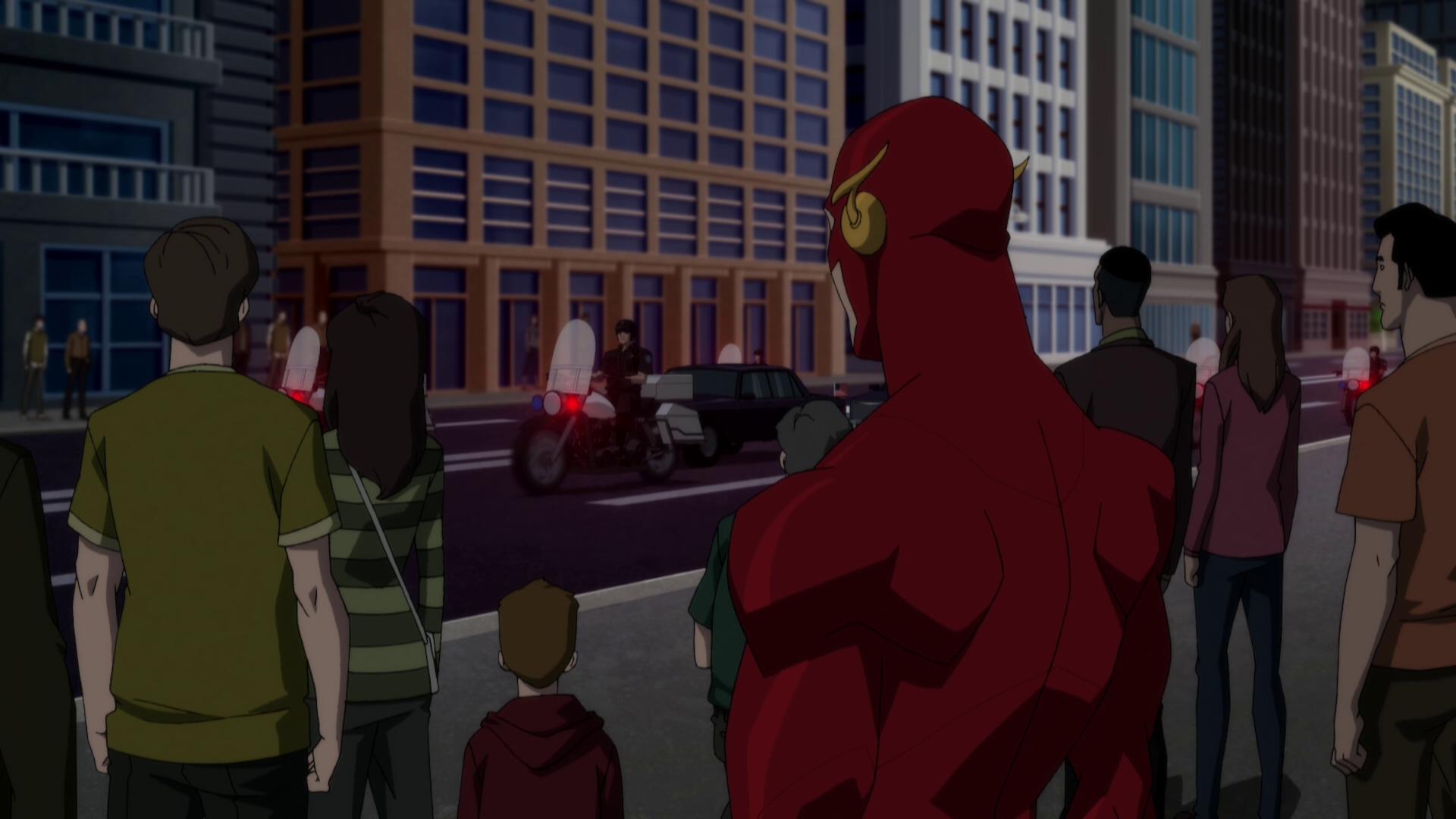 Reign of the Supermen is packaged in the standard two-disc amaray case.  Both the Blu-ray disc and the DVD disc feature a piece of artwork that features one of the Supermen in the same pose that he’s in on the case art.  There’s also a digital copy redemption pamphlet as well as a slipcover that’s been made available in the initial pressing of the release that features the same artwork as the case. 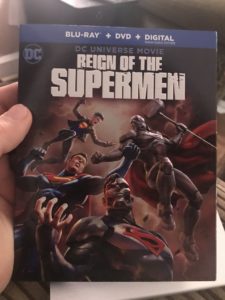 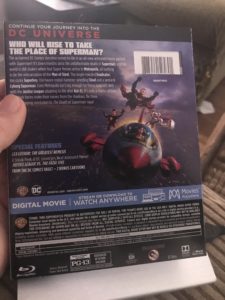 There’s a handful of special features that have been included with the Blu-ray release of Reign of Supermen. The content that’s been included offers a small look into the storyline, and a small look at some of the behind the scenes material, with a heavy focus on promotional material for upcoming works into the DCAU. That said, the features felt pretty lazy, not really worth the time to explore, and really could have been more in depth. Included with this release is: 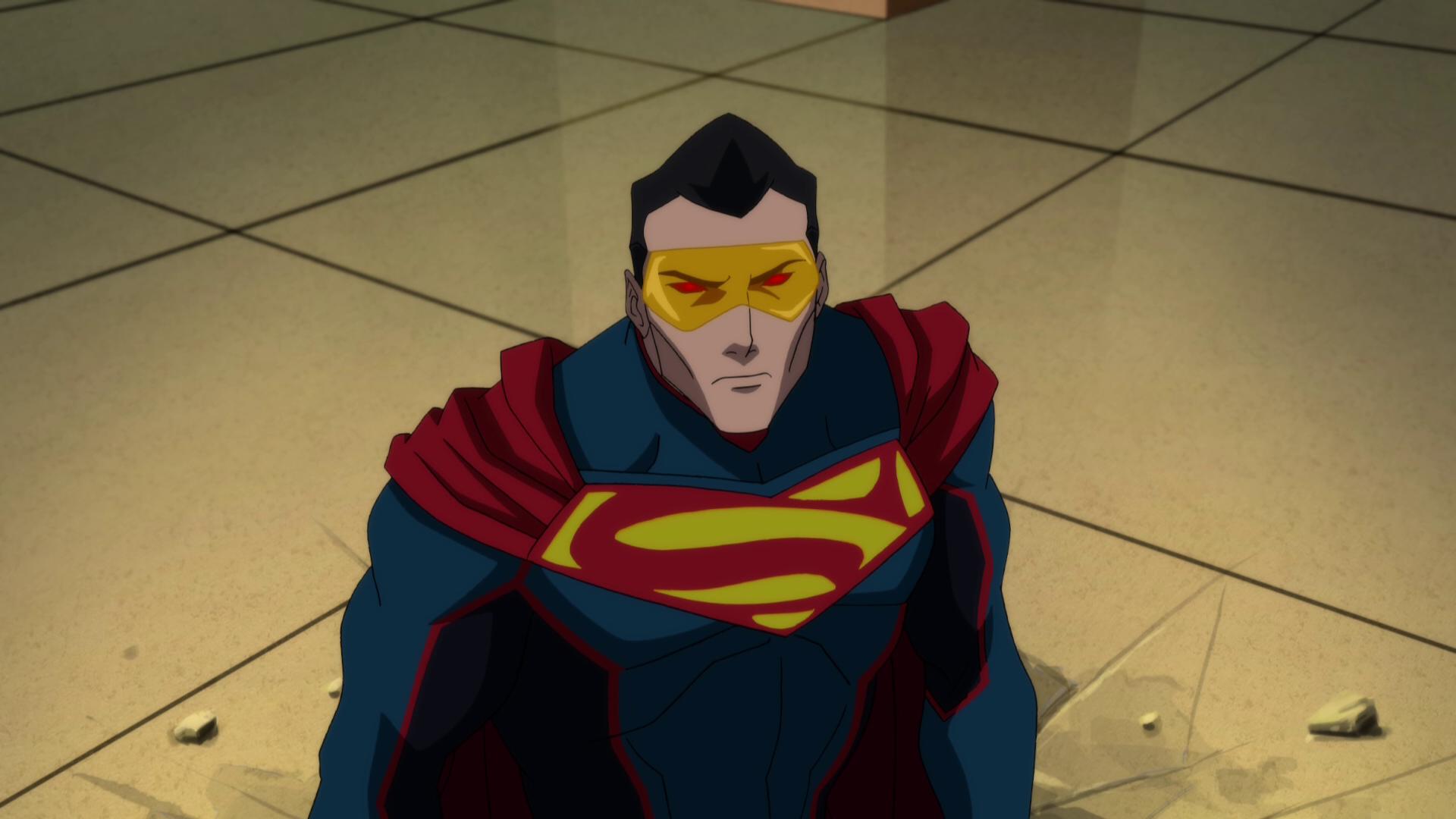 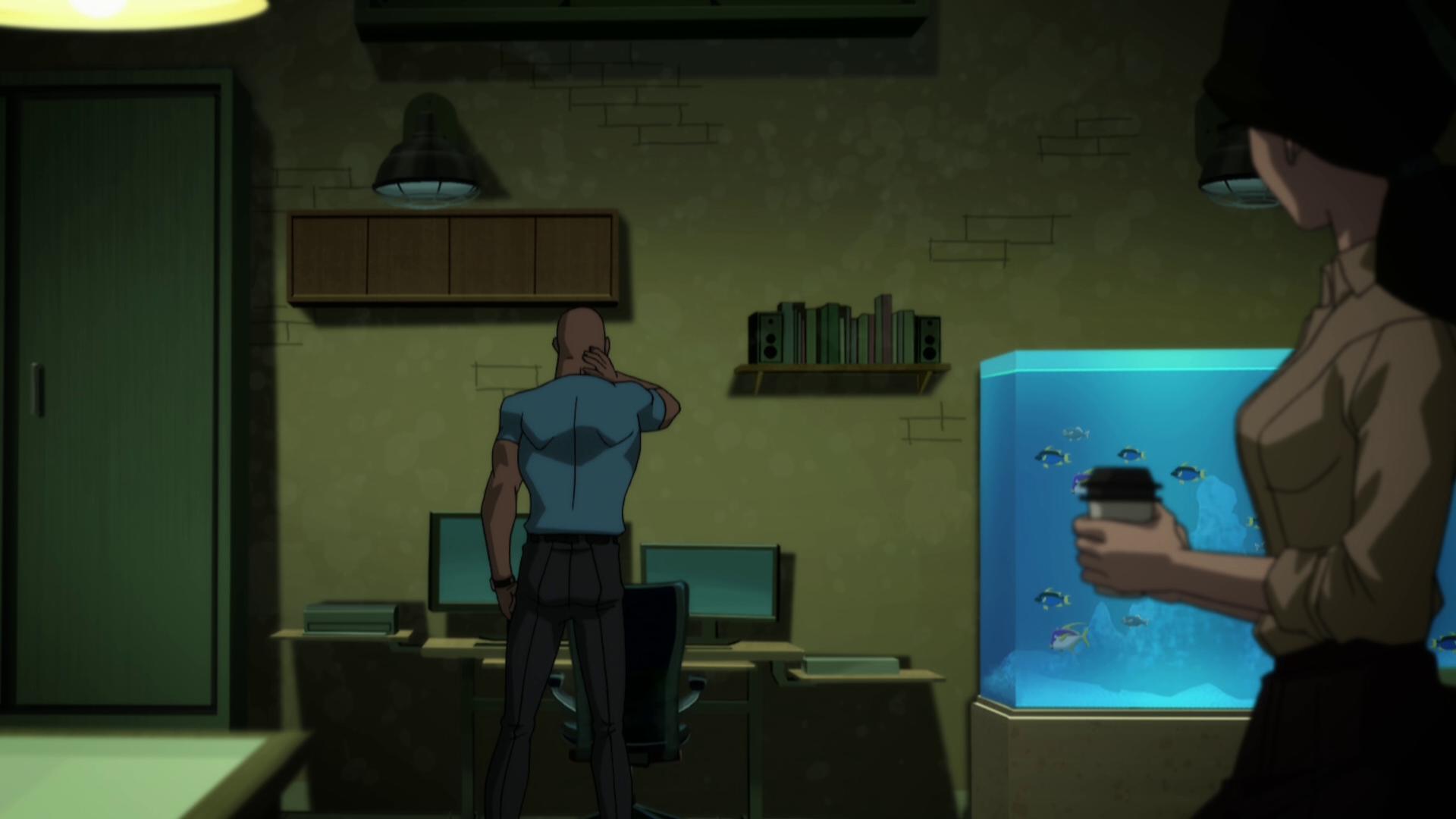 Overall, sitting down with Reign of the Supermen wasn’t completely horrible and it provides a decently continued storyline that’s been ongoing since the conception of the DC Animated Universe. However, as you progress through the story, you can tell that the creative team is starting to run dry with innovative elements, which might end up bringing an end to the universe. The presentation of the Blu-ray release, both visually and audibly were pretty solid and offered a clean look into the story that was set out to be told. Special features could have been significantly better as mentioned above. If you’re considering this release for your collection, I can only recommend picking it up if you too have been following along with these DC Animated Features. Reign of the Supermen is available on 4K UHD, and  Blu-ray. 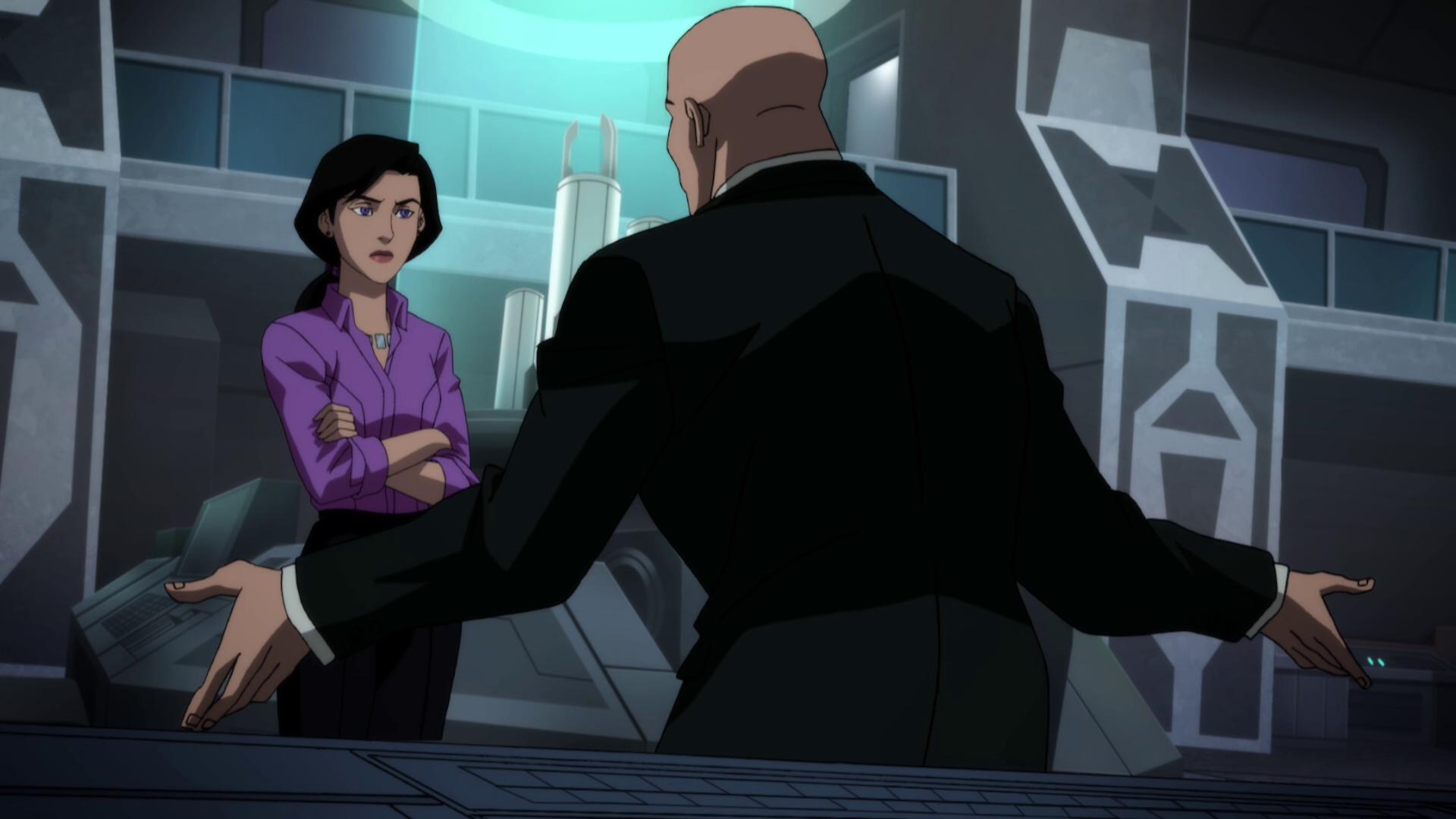