Red Christmas is a 2016 horror film that was written and directed by Craig Anderson and features stars like Dee Wallace (The Hills Have Eyes, The Howling, E.T., Cujo, and Critters), Geoff Morrell, Sarah Bishop, and David Collins.

Chronicling the tale of a severely stressed-out mother and her squabbling family as they are gathered together in a remote Outback estate on Christmas Eve. When a somewhat mysterious young man who goes by the name of Cletus appears at their door. From that point forward, things change from petty insults among one another to extremely bloody, imaginatively orchestrated violence as Wallace attempts to protect her family from the vengeful intruder. Deliriously infusing comedy, dark family secrets with large amounts of gore and adds the always controversial subject of abortion into its blood-stained mix, this film is certainly not for the faintest of the heart.

Being hailed as “an energetic, candy-colored romp through genre tropes that manages to take its subject matter seriously while poking fun at itself at the same time” by Variety Magazine, Red Christmas is definitely a film that I wouldn’t normally pick up on my own. So, the opportunity to review it for this site definitely grants me the opportunity to expand my horizons further and see if I find a sense of enjoyment in something that I wouldn’t normally watch. 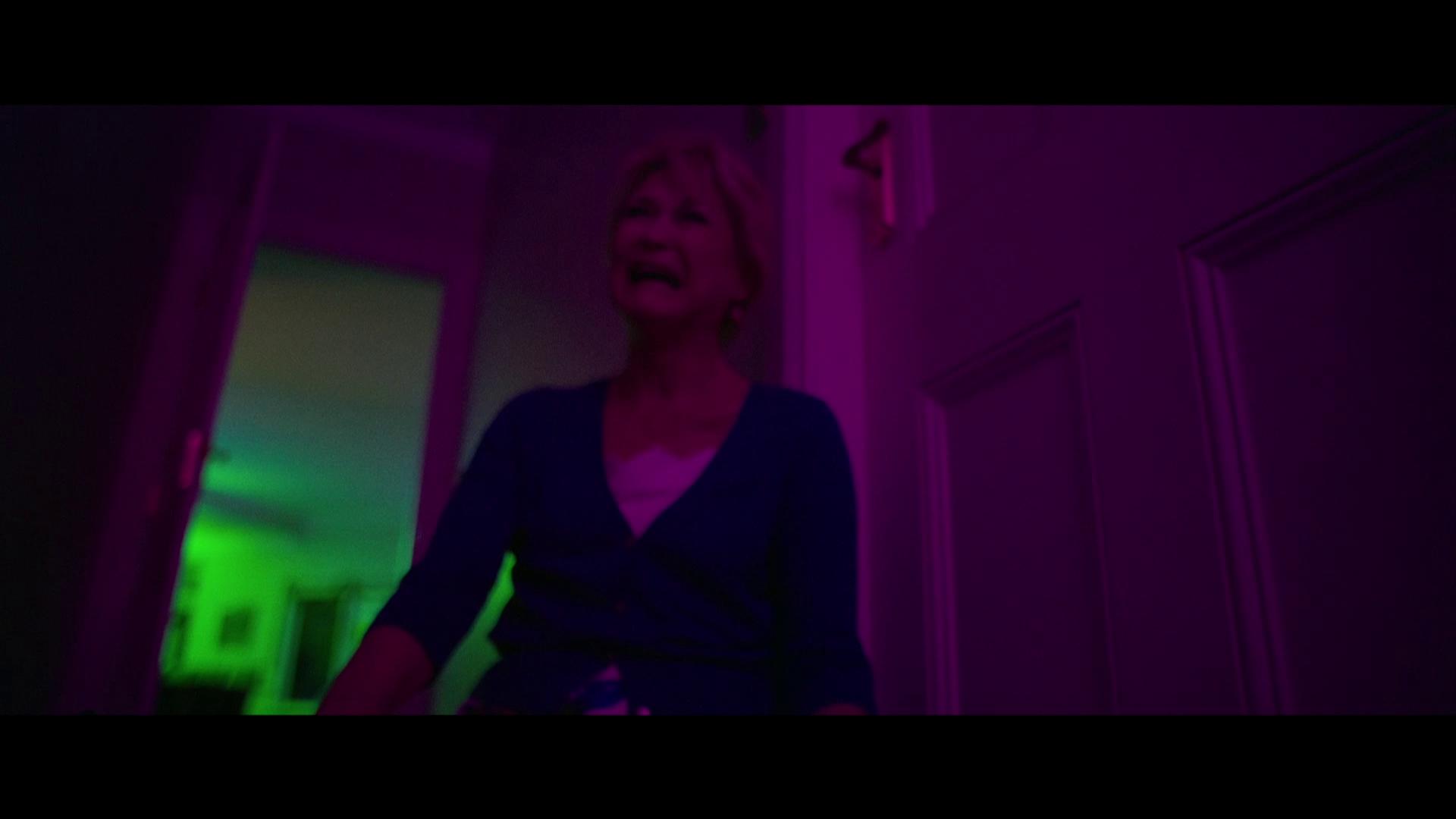 Red Christmas is a unique film.  Unique in the fact that it is not like anything that I had ever seen before.  Sure, I have seen a decent amount of horror films throughout my life, but this film … well, this film as a completely different take into the genre and it left for one hell of an experience.  As the beginning of the film started out, I won’t lie, I found myself asking myself “what the fuck is this” (mostly at the beginning credits area).  But, as the film progresses, you get an understanding of exactly what is happening and manage to immediately get a grip into what is about to unfold.  The story of this film is not only one that I found to be damn good for an independent horror flick, it’s one that is held up really well throughout.  Not once did I find myself looking for any kind of distraction as it played onward. 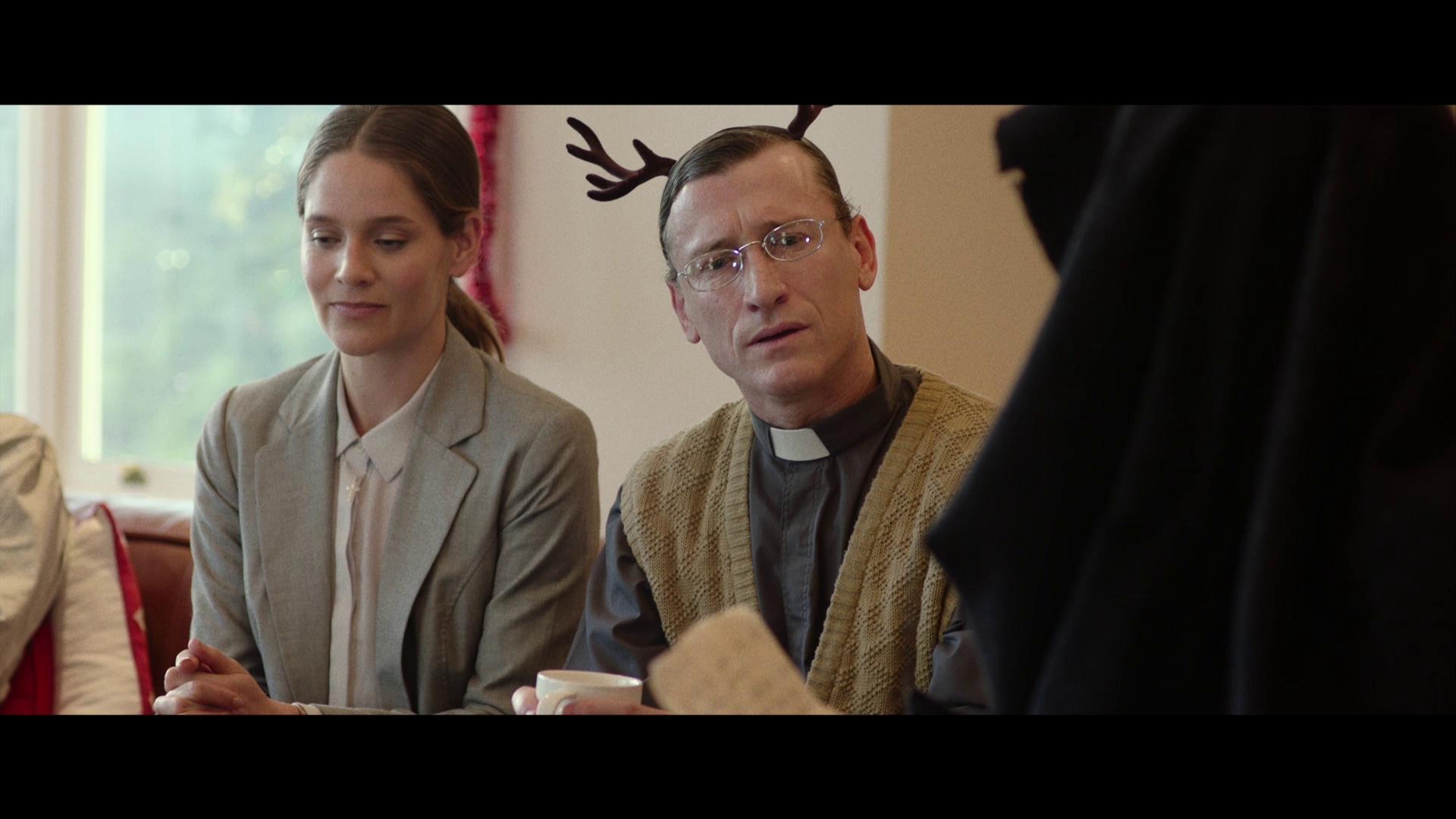 Coming at us in the ever-loving 1080p resolution, Red Christmas is a film that perfectly captures the horrors that are associated with someone who is out there seeking vengeance for something.  Offering zero visual distortion as the chaos unfolds, we, as audience members, are able to cleanly see the wrath that Cletus is forcing upon the family.  Making it so clear, as blood squirts out in various scenes, that it made my wife turn her nose a couple of times. 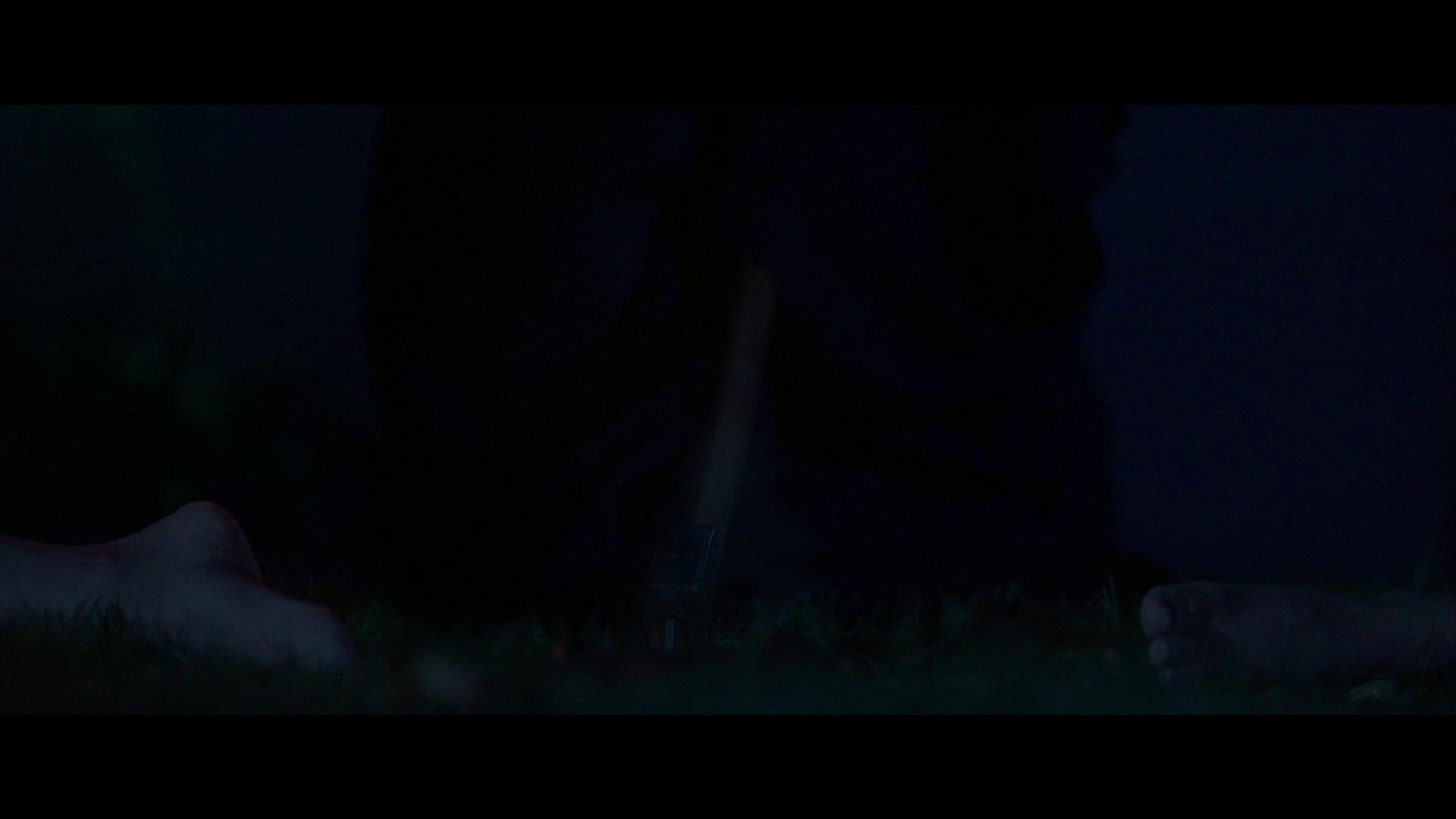 Packaged with a Dolby Digital 5.1 audio track, Red Christmas works with everything that it has available in that particular technology to offer an all out immersive experience for home viewers.  Granted, a story like this doesn’t really require a lot of immersion, the subtle footsteps as Cletus approaches his victims alongside the films musical score being right on par with what I would have expected in a horror film like this; it was really well done.  Personally speaking, I would’ve loved to have seen at least a 7.1 audio mix made available with this release, but I can’t give the production company too much crap for that considering this movie is being released by a label that I had never heard of before. 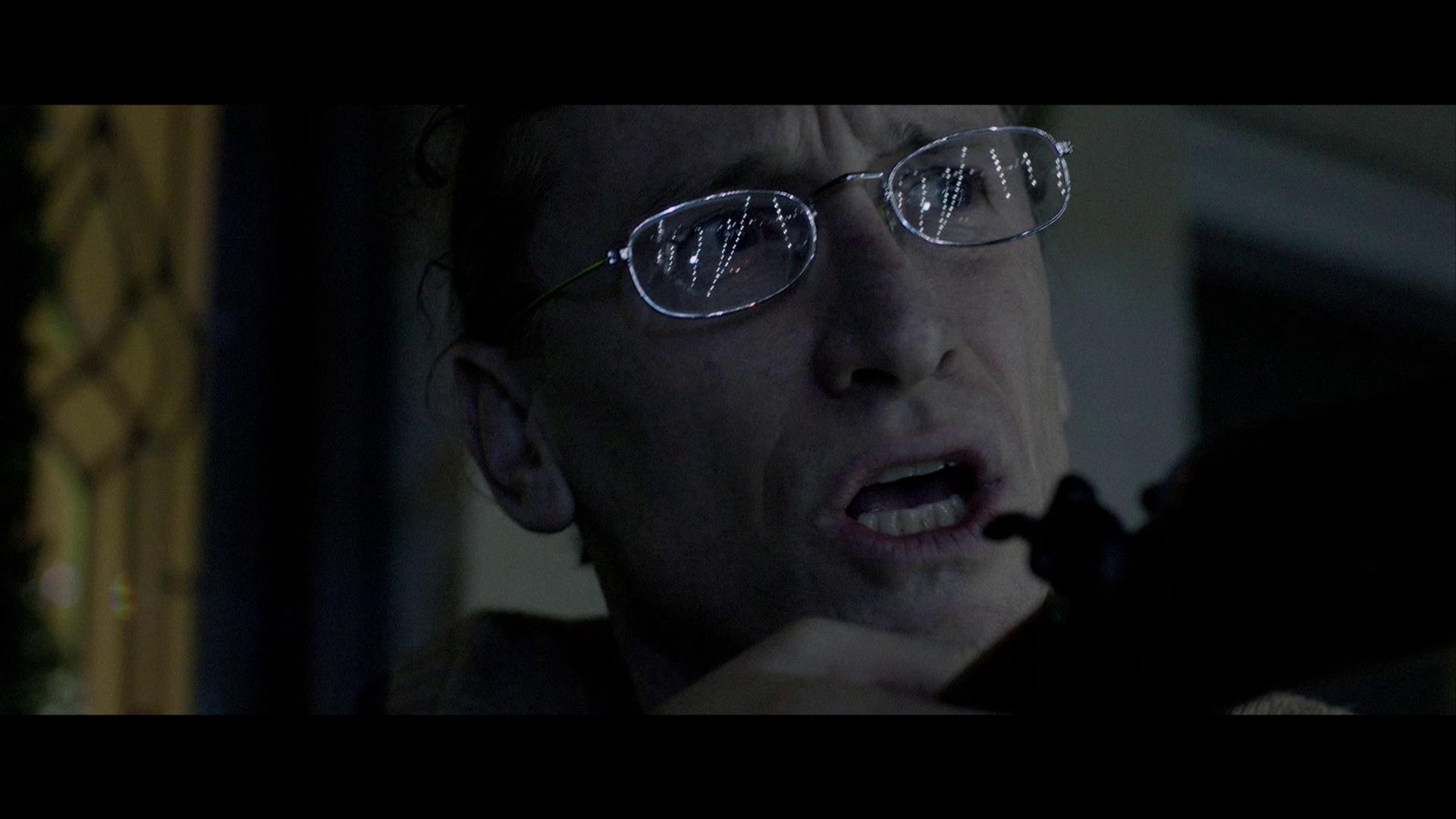 Red Christmas comes packaged in your standard single-disc Blu-ray amaray case.  Within that case is the standard Blu-ray copy of the film with a disc that features a piece of artwork that is related to the film at hand and matches that of the case art.  There is no DVD copy of the film included nor are there any digital copy redemption pamphlets.  There is no slipcover available with this release. 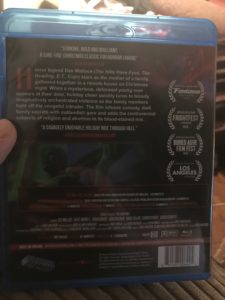 I was surprised to see how much bonus content Red Christmas came with.  There’s more than its fair share of content that allows those who pick this release up to explore the film further, as well as the work that went into making it available.  Included with this release is:

Generally speaking, Red Christmas was an absolute treat.  While it was one of my first experiences into the gore-filled horror subgenre, I really liked this film and the story that it presented.  Normally speaking, I wouldn’t even approach something like this, especially since it’s a horror film that not-so-subtly touches the controversial topic of abortion; but, it’s done in a manner that it really wasn’t that bad at all.

The overall audio and visual presentation was clean and clear and allowed viewers to be able to see and hear everything as the movie progresses.  There’s a decent amount of additional content that allows those who are interested to explore the film further.

Being made available by Artsploitation Films, I will definitely tell you that the work that this company has put into this release is definitely appreciated.  As my introduction into this particular subgenre, I am really appreciative of Artsploitation’s decision to make this release available and really look forward to more of their upcoming releases.  If you’re considering grabbing this film for your personal collection, I would most certainly recommend it.  It is currently available for preorder and will be available beginning on October 17, 2017. 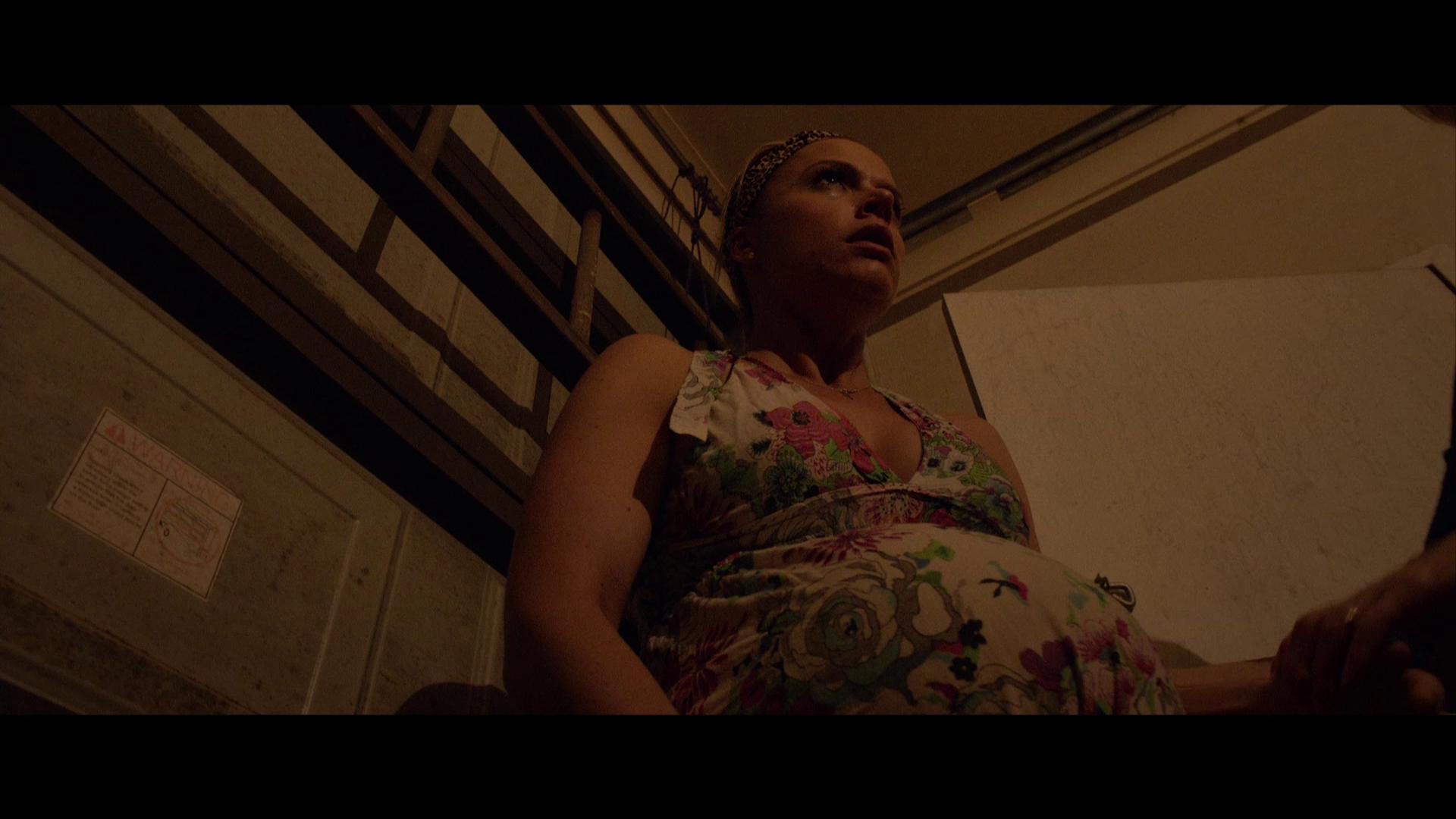