I grew up with Clash of the Titans on repeat in my VHS player. My brother and I had taped it off of HBO and it was on regular rotation in our household. We couldn’t get enough of it! The sense of scale between the beasts and the actors defied our little minds’ understanding of physics and filmaking, monsters both great and small interacted seamlessly with the protagonists. It’s almost cliche to say one was “spellbound” by a film, but for us, Clash of the Titans held us in the palm of its proverbial hand. It was there, early in our lives, that we learned the name of Ray Harryhausen, but it wouldn’t be until much later where I came to understand just how pervasive his influence was throughout the world of films and filmaking. Now, Arrow brings to home video Ray Harryhausen: Special Effects Titan in an attempt to summarize and celebrate the work of this groundbreaking effects artists, film maker, and visionary. Does this Blu-ray release deserve a place in your home next to your favorite Harryhausen films? Let’s take a look. 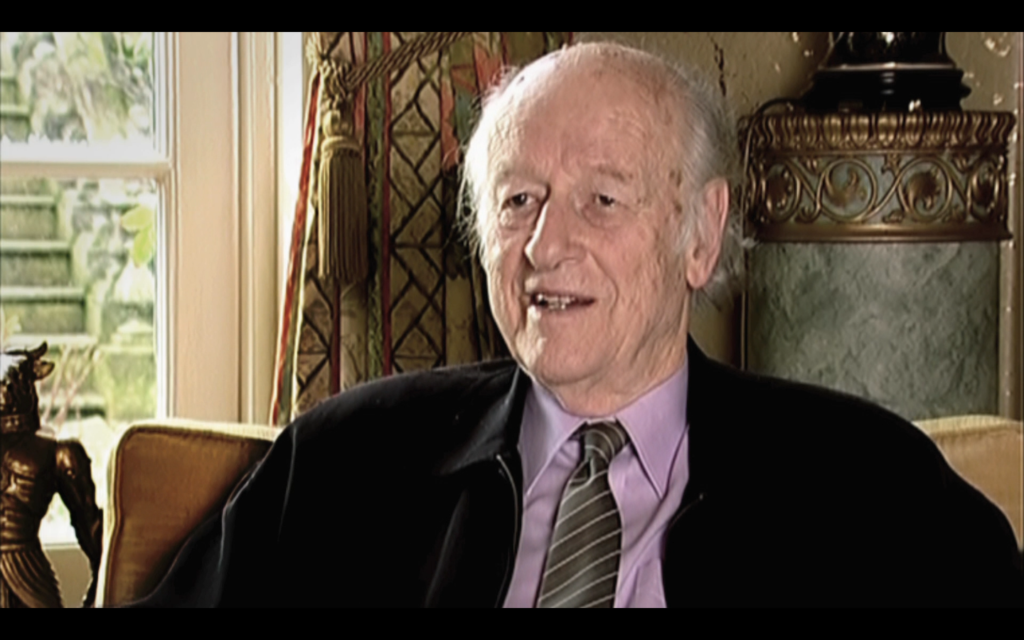 Somewhere between puff piece and worthy take on a legendary film maker, we find Gilles Penso’s Ray Harryhausen: Special Effects Titan. There’s a lot to love here, especially the wealth of interview time that viewers get to spend with the legend himself. Harryhausen is a warm and inviting interviewee, cordial to every question he fields and always eager to give credit to others where it is due. His brief ruminations on the roles his parents had in his career is particularly touching and illuminates what made such a titanic figure in film reach such universal acclaim amongst all who knew and worked with him. In addition, Penso has scraped together a smorgasbord of notable directors, special effects workers, and other film luminaries to hammer home the film’s message time and again: Harryhausen (along with Willis O’Brien) was the inspiration for the explosion of special effects work in cinema. The real meat of the film takes place as Harryhausen traces his way through each of his films, sharing stories and tricks he learned along the way. His inventiveness shines through in each story, solving problems with an ingenuity that separated him from his peers. 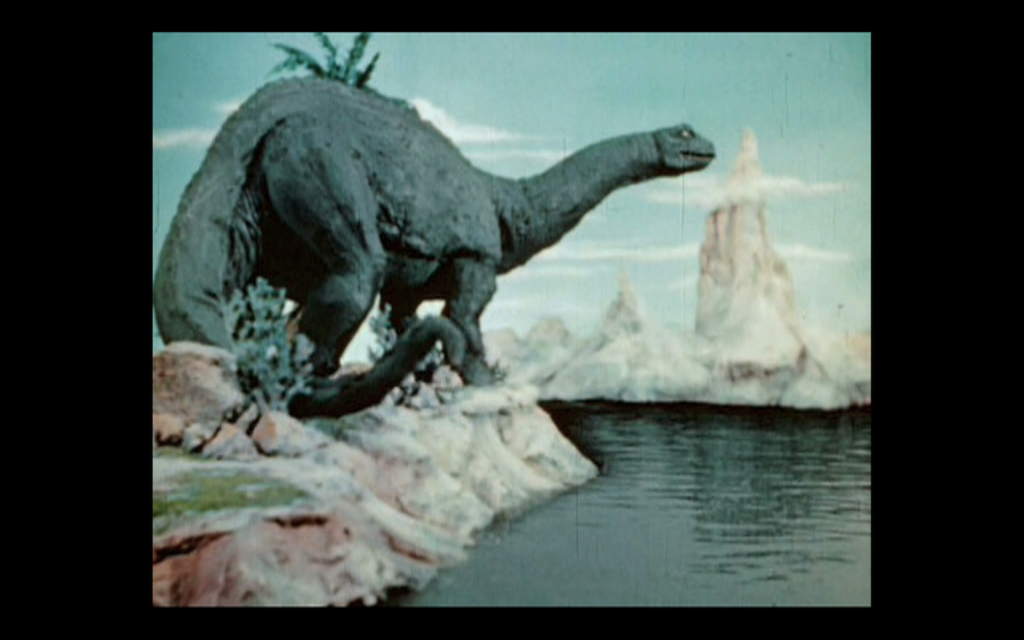 The film moves through Ray’s career rather swiftly, pivoting from film to film with Ray constantly sharing his thoughts and even some of his models or sketches from the shoots. Making Ray’s take on his career front and center for the documentary gives the film a sound foundation on which to form the exercise as a whole. It would be easy for many of the interviewees to fall into an endless fawning for Ray’s work and place in cinema history, but interspersing these takes with Ray’s own commentary and insight builds a highly engaging and informative film experience for fans of Harryhausen and of special effects work at large. 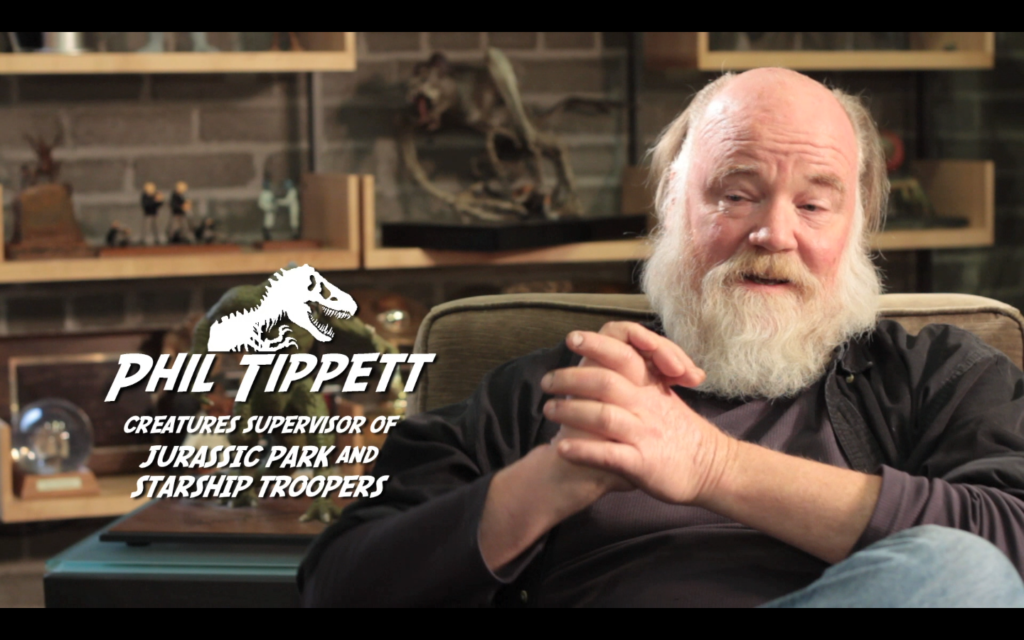 This is where things get dodgy. The picture here varies wildly due to a wide variety of source materials used in recording the various interviews (some, particularly with Tim Burton, are captured on handhelds from various press junkets). Oddly enough, the Harryhausen interviews themselves are shot in standard definition. Each interview varies in quality rather dramatically, so it’s virtually impossible to grade this film with any sort of consistency. The clips from Harryhausen’s films themselves draw attention to the lamentable truth that most of Ray’s films have not been re-mastered or touched up in any way, for better and for worse. The film stock is often damaged and cloudy, which does help put one back in the mindset they were in when first seeing these films, but it also cries out for someone to restore these films to the glory they truly deserve. 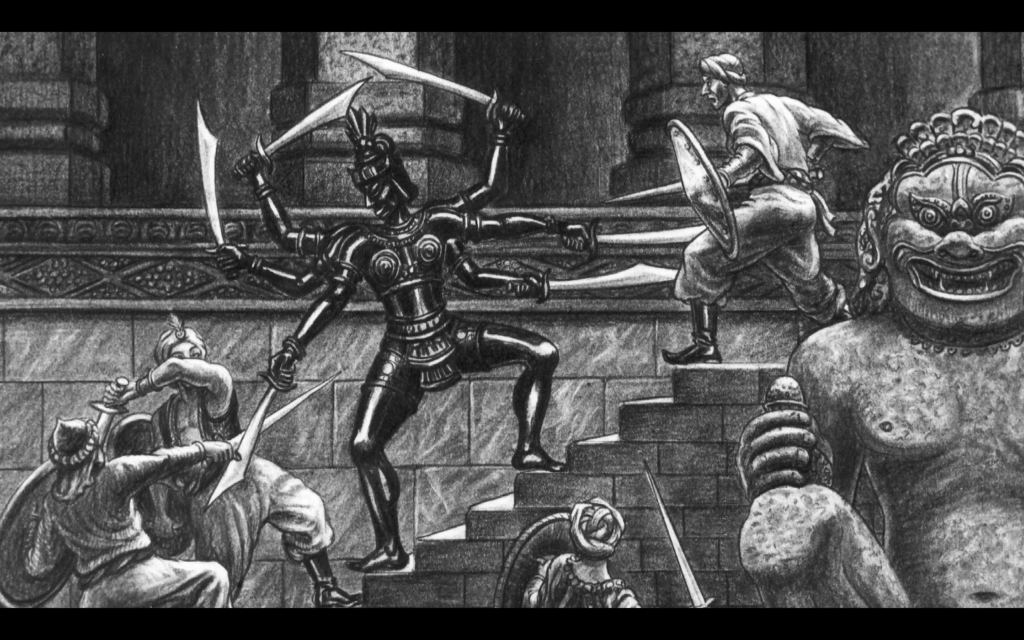 Ray Harryhausen: Special Effects Titan comes to home video with a basic stereo mix. The film is primarily centered on the interview audio which, as mentioned in the grading of the picture, comes from wildly different sources. The same can be said for the audio sourcing, as can be expected. Harryhausen’s interview pieces are particularly clear, but the wide range of other interviewees come across with varying degrees of clarity. The score itself is subdued enough to not interfere with the dialogue, but the quality of the dialogue itself can, at times, be too low or too muddled due to the source quality to ensure a completely clear experience. That being said, as long as one isn’t prone to hearing issues already, the film’s interviews should be clear enough for the viewer to enjoy without incident. 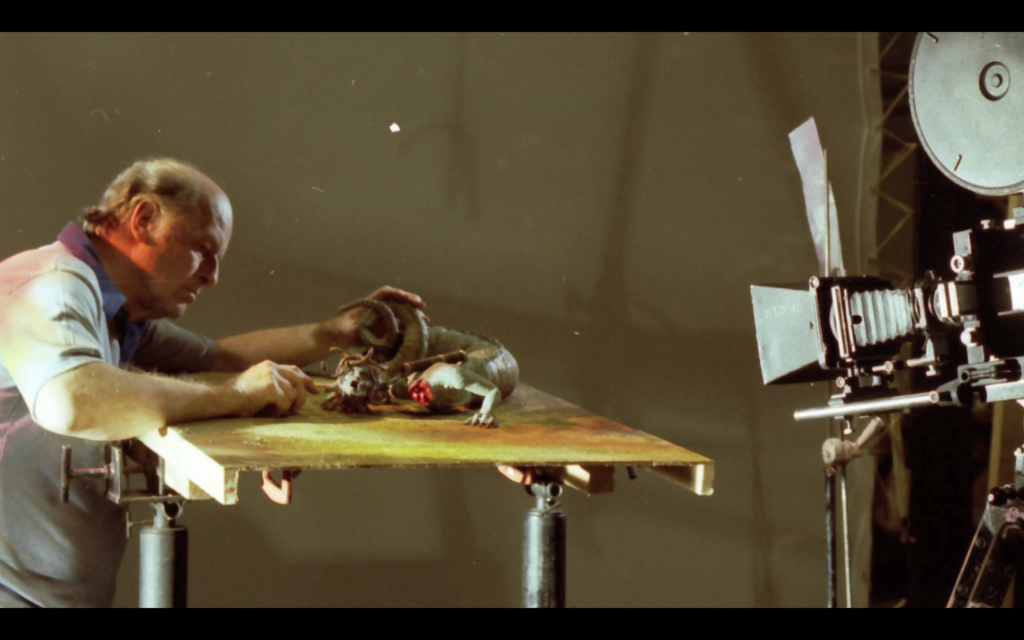 Beautiful art has been commissioned for Ray Harryhausen: Special Effects Titan, putting Ray and his creatures in a beautiful new render for fans to enjoy. The disc itself comes to us with a wealth of special features (identical to the concurrent DVD release):

The wealth of interview time adds to the already impressive amount you see in the documentary itself and makes this an absolute must for fans of Harryhausen’s work. 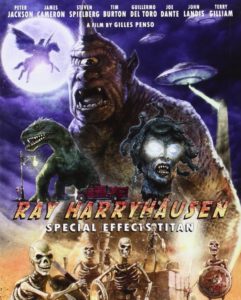 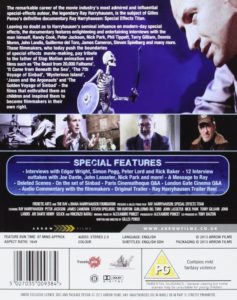 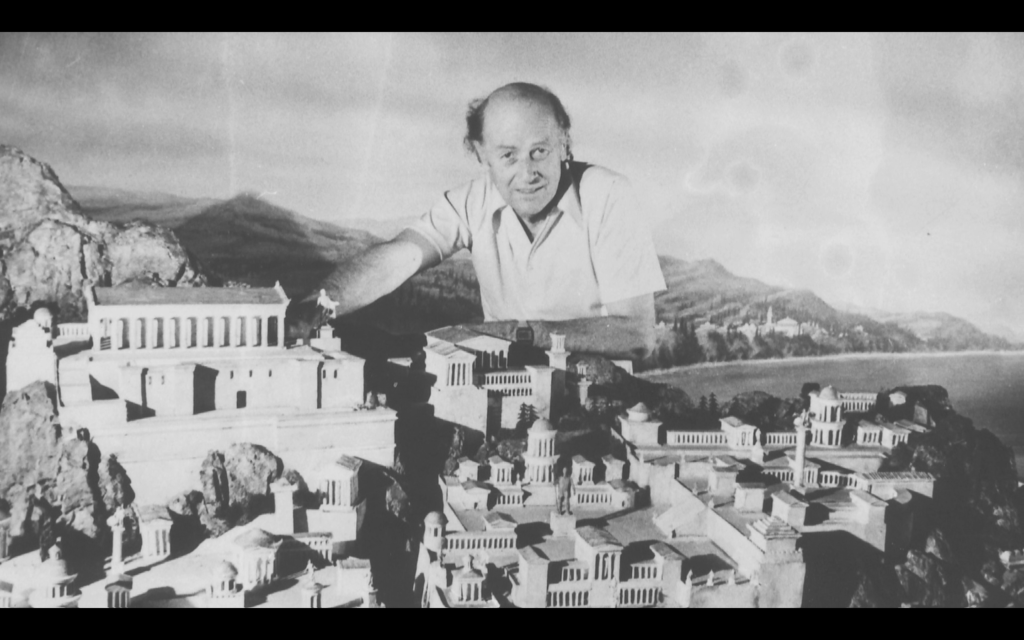 The Verdict: 4/5
Ray Harryhausen: Special Effects Titan is a magical film, which is fitting considering its subject. Ray himself comes across as incredibly warm and intelligent, freely talking about his inspirations, experiences, and inventions that separated him from his contemporaries and thrust him into film making legend. The cavalcade of interviewees and luminaries throughout the film speak not only to his influence but to his kindness and warmth as a person and we do get, ever so slightly, an understanding of Harryhausen beyond his work, especially as the film begins to wrap up and reflection on his life and legacy (not to mention the Harryhausen Foundation, which supported and endorsed the film). Arrow has done a great service bringing Gilles Penso’s documentary to home video (after a brief life on Netflix) and just in time to celebrate the 100th anniversary of Ray’s birth. Do yourself a favor and meet the legend.
Note: This Blu-ray was sent to us for review. This has not affected our judgement or editorial process in any way. Please contact us if you have any questions regarding this process.