Rampage is a 2018 American science fiction monster film that was directed by Brad Peyton, and is loosely based on the video game series of the same name by Midway Games. The film stars Dwayne Johnson, Naomie Harris, Malin Akerman, Jake Lacy, Joe Manganiello, and Jeffrey Dean Morgan. It follows a primatologist named Davis Okay who must team up with George, an albino gorilla who turns into a raging creature of enormous die as a result of a rogue experiment, to stop two other mutated animals from destroying Chicago. It is the third collaboration between Peyton and Johnson, following Journey 2: The Mysterious Island (2012) and San Andreas (2015).

Principal photography began in April 2017 in Chicago. The film was released in the United States on April 13, 2018, by Warner Bros. Pictures and New Line Cinema, in 2D, RealD 3D and IMAX 3D formats. It has grossed over $425 million worldwide. It received mixed reviews from critics, with praise for Johnson and Morgan’s performances and the visual effects, but criticism of the screenplay and storyline. It is the all-time best reviewed film based on a video game, currently sitting at 52% on review aggregator Rotten Tomatoes.

I will be honest, when I first heard that they were making Rampage into a movie, I was curious but also hesitant considering that it was obviously going to be a mindless action flick.  That said, as my wife and I watched through it the other night, we found that we really enjoyed the movie.  Sure, this movie is what some would consider to be a “brainless blockbuster”, but the overall storyline that’s given along with the general relationship between The Rock and George really made for an overall enjoyable experience.  There are a few moments that they do include some more adult-oriented humor with George, and they’re certainly enough to warrant a laugh because you really don’t expect them to happen.  Another really nice aspect was the overall relationship between The Rock and George, as they really do a fantastic job at showing the overall companionship between the two characters, really making it a story that captures the heart. 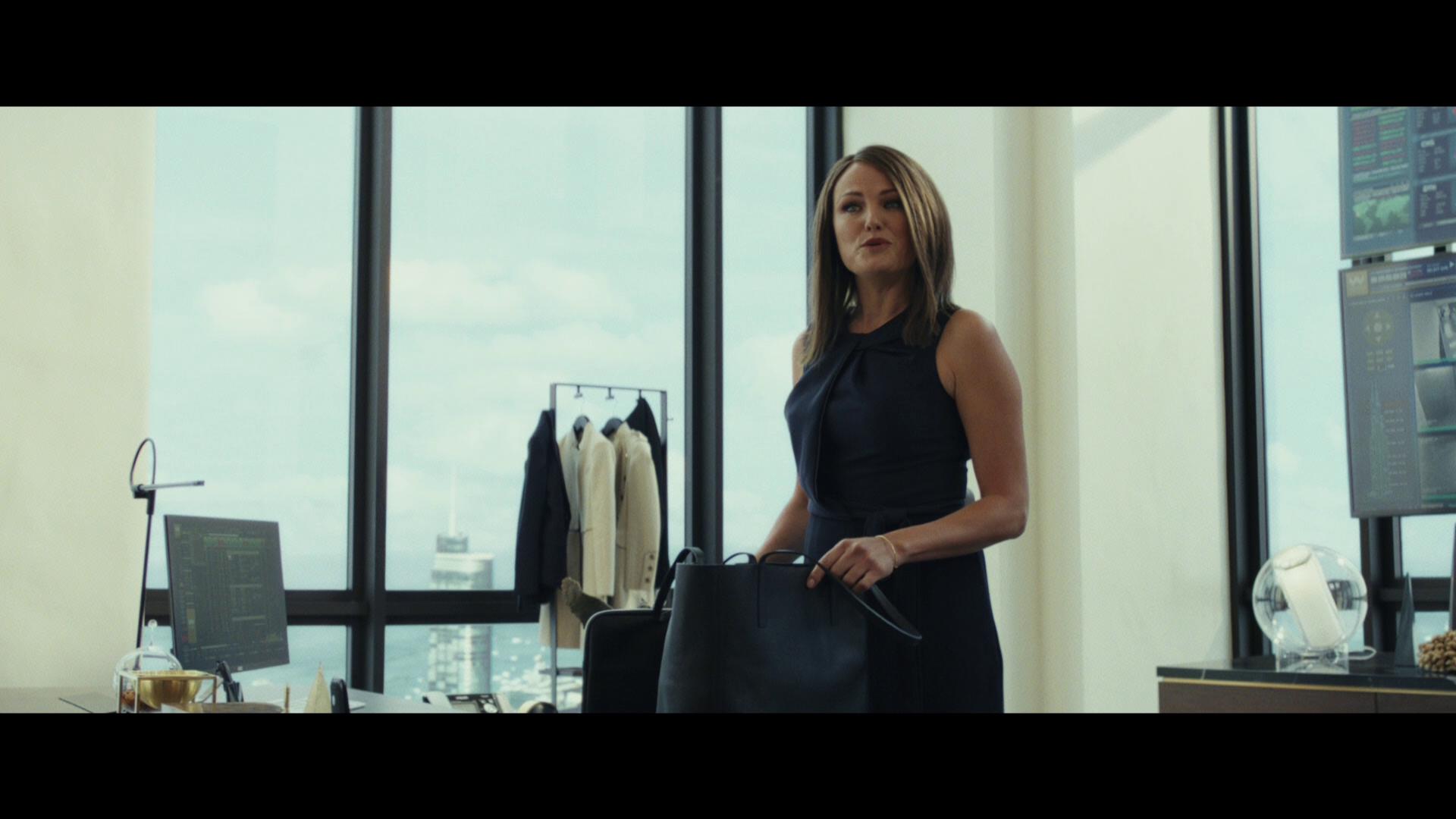 The Blu-ray release of Rampage looked really great as it played out across my living room television.  While it obviously didn’t look as good as the potential that comes with the upcoming 4K UHD release, you can certainly appreciate the variety of detail that went into making this movie.  Not only was everything presented clean enough that allows for everything to be visually seen and understood; but, there are some aspects of the scenery that really lets you appreciate some of the detail that went into the CGI for the monsters.  The overall blending between the CGI and more natural elements allowed for an experience that let these characters feel as if they were real, and the genuine clarity during the various scenes of destruction really made sure that there was no clean distinction between the real and fake elements.  Everything flowed really naturally, making this movie quite the visual experience. 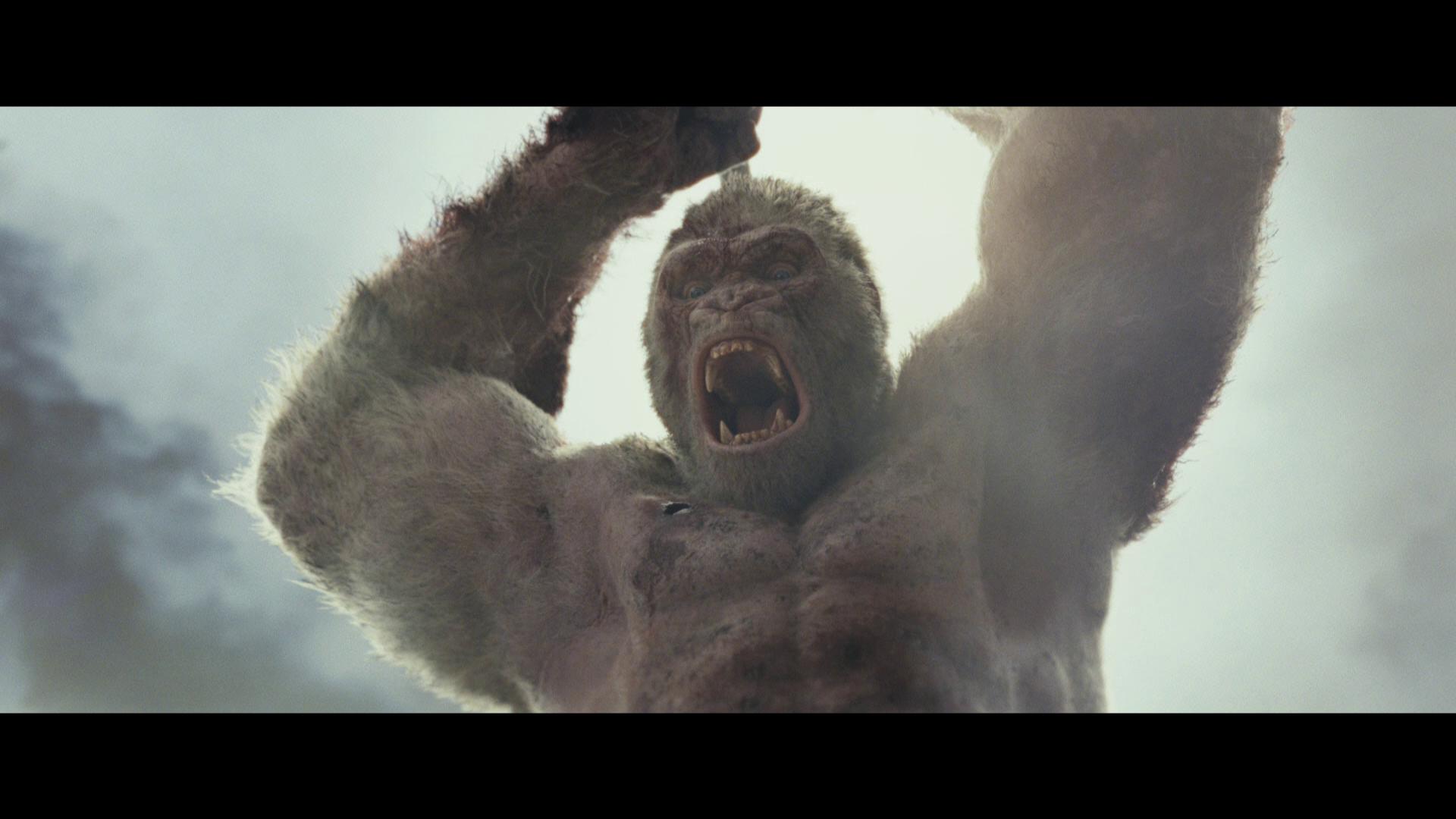 Unfortunately, the Blu-ray release of Rampage is packaged with a DTS-HD Master Audio 5.1 mix.  While it’s cleanly presented, it does require that you turn your volume levels up a notch or two above your standard volume levels that you’re used to with your system.  It’s not as immersive as it should have been; with the lack of the surround channels, there was also some issues with the transition between the front and rear channels with the supplementary elements.  The track really didn’t make it feel as if my wife or I were in the middle of the film by any means which was quite the bummer.  However, the volume issue aside, once we turned it up some, we were able to hear and understand everything as it progressed onward.  The dialogue was clean and understandable, and we experienced no distortion whatsoever. 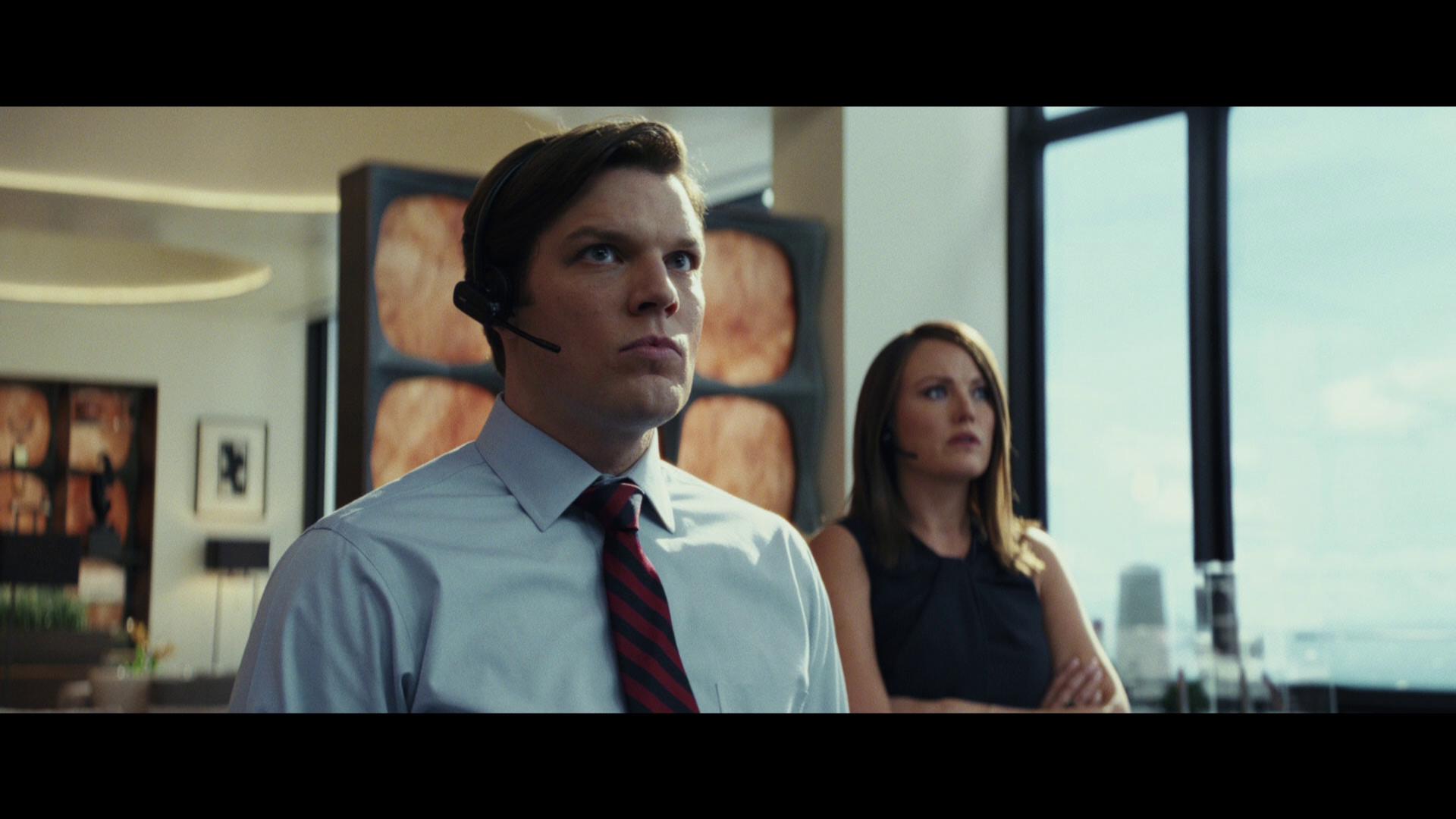 The Blu-ray release of Rampage comes packaged in your standard two-disc Blu-ray amaray case.  Within that case is the standard Blu-ray copy of the movie as well as the standard DVD copy.  Neither of the discs feature any artwork that’s related to the film outside of the standard release text and generically solid colored background.  The DVD and Blu-ray discs do heave a different colored background that’s used to differentiate itself from each other more easily.  There is also a digital copy redemption pamphlet that’s been included for the various streaming options as well as a slipcover that’s been made available during the original pressing that features the same piece of artwork that’s been provided on the case art. 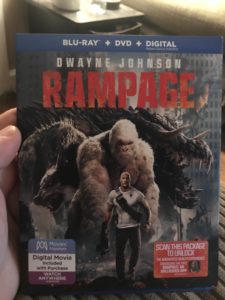 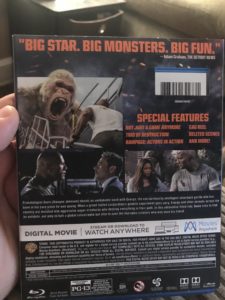 I was pleasantly surprised with the additional content that was included with Rampage. The content that was included shows a slight extension of the story, but mostly the behind the scenes work that went into making the movie.  As you explore these features, you get to experience some of the fun that the cast shared while they were filming, as well as a nice look into the CGI that was used to bring these creatures from the video games to life on screen.  Included with this release is: 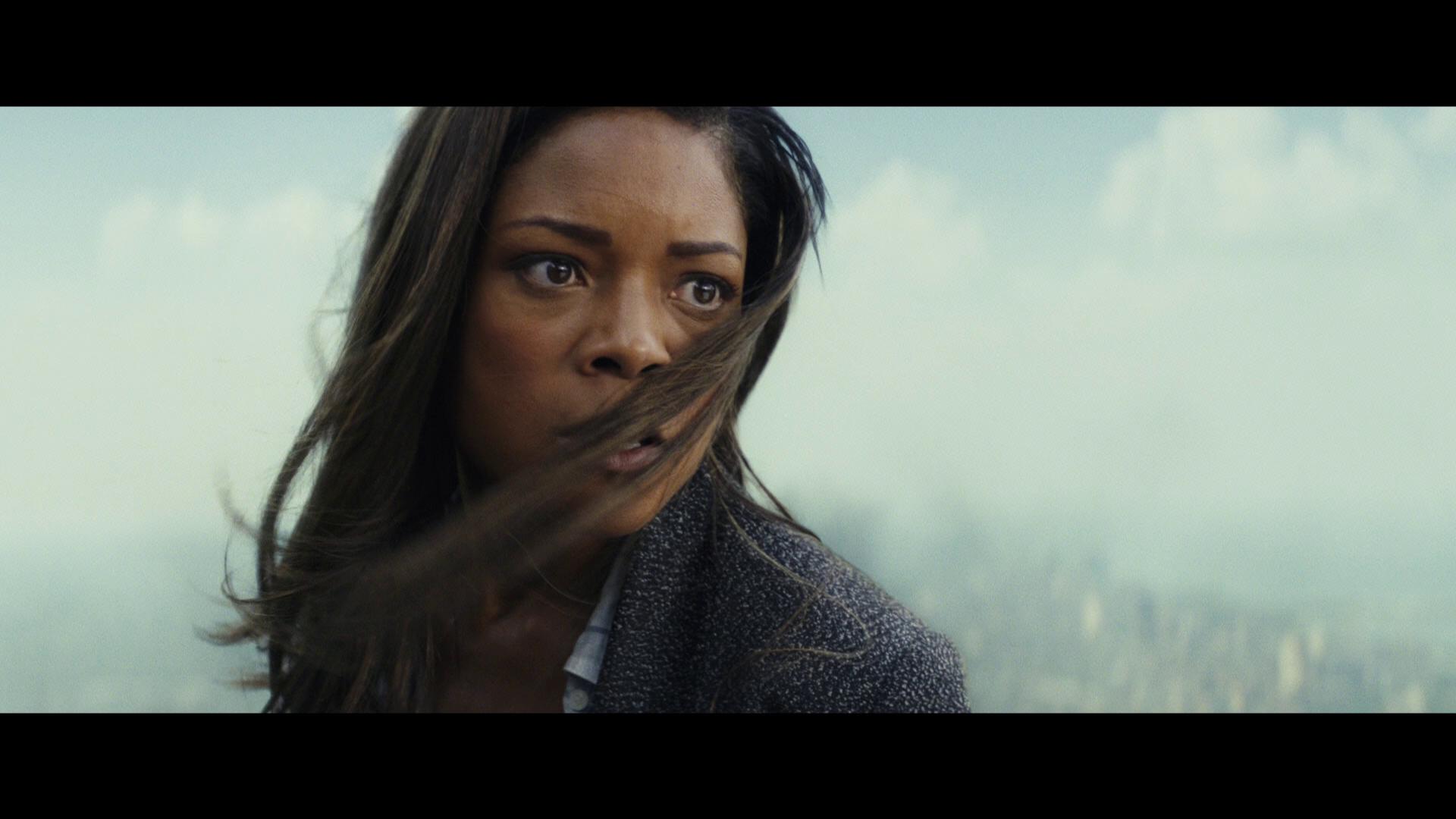 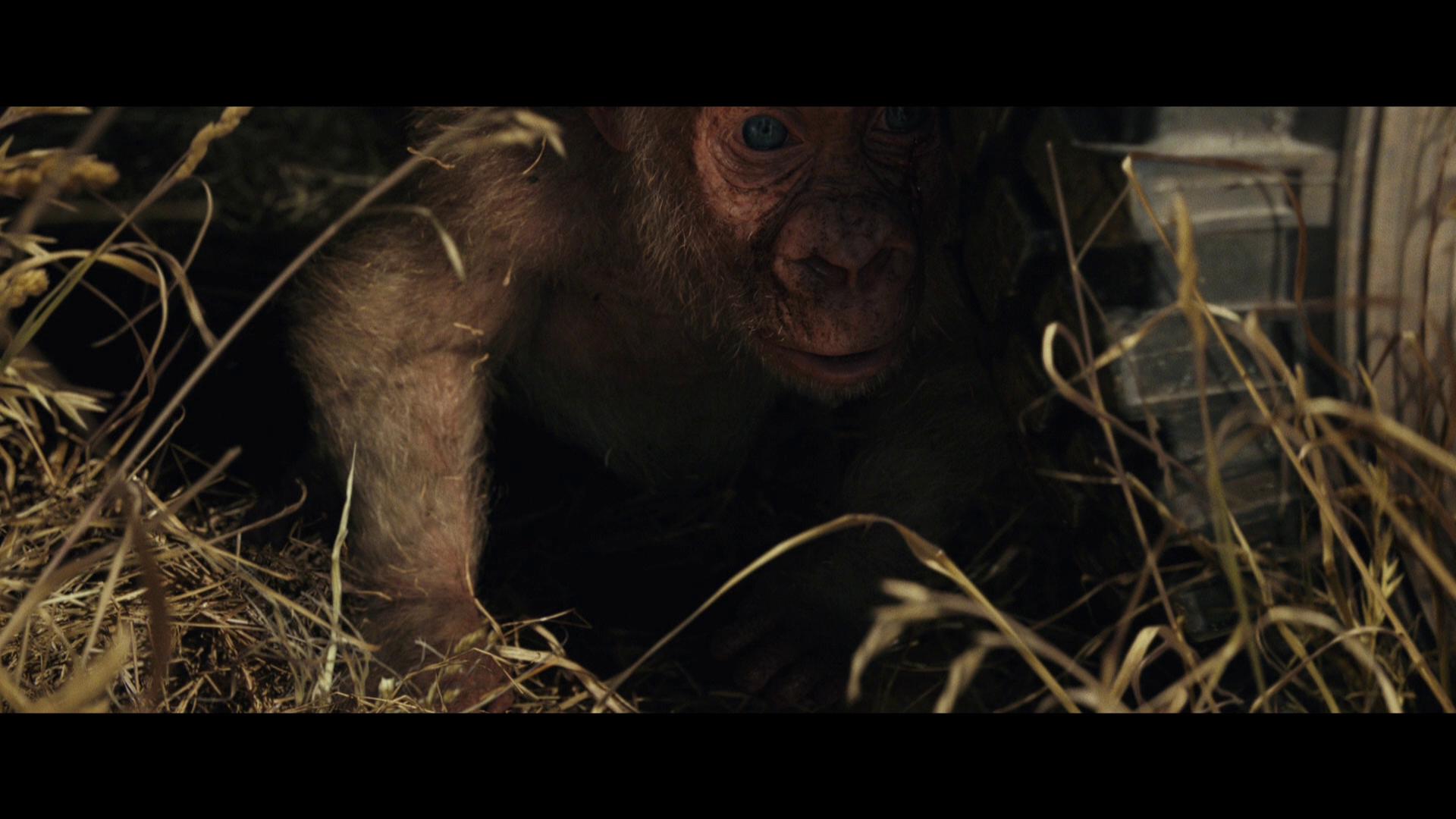 Overall, I was really happy with the experience Rampage provided.  The story itself, while it does give more of a serious undertone while the destruction is being carried out, there are a lot of aspects that were fun and more light-hearted.  The more adult-oriented jokes that happened really added an extra level of fun that let both my wife and I share a few laughs as we watched through this.  The visual presentation of the Blu-ray release was really nice, and in fact it has me planning to eventually check out the 4K UHD release to see how it sits with the utilization of HDR.  The audio track really could have been handled a lot better, especially with the distinction between the front and rear channels and the overall camera placement.  I will say, though, the utilization of the bass track was really solid (if that helps any).  The special features on this release were really nice and exploratory.  If you’re considering this release for your collection, I would definitely recommend checking it out.  Rampage will be available on 4K UHD, 3D-Blu-ray, and Blu-ray beginning on Tuesday, July 17, 2018.