The Movie (3.5/5)
The story behind Raiders! the Story of the Greatest Fan Film Ever Made is one of the most interesting tales of Americana and coming of age; it would drive Richard Linklater to tears. Basically, a group of kids from Mississippi, led by Eric Zala, Chris Strompolos, and Jayson Lamb (who gets a bit shorted by the other two, but was heavily involved in the project), got together each summer from the ages of 11-18 and made a shot for shot remake of Steven Spielberg’s Raiders of the Lost Ark. They used their friends as the actors, made all the props, set pieces, and special effects from hand, and used whatever locations they could find available in their small town to shoot their epic.

What these guys accomplished was nothing short of miraculous, and their finished “Adaptation” eventually made the rounds on VHS after Eric’s college roommate made himself a copy. Filmmaker Eli Roth (Hostel, Cabin Fever, Grindhouse) eventually ended up with a copy for himself, and loved it. He ended up showing it at a 24 Hour Alamo Drafthouse film festival full of movie fanatics, and the film took off from there, eventually making national headlines in the early 2000s with multiple screenings. 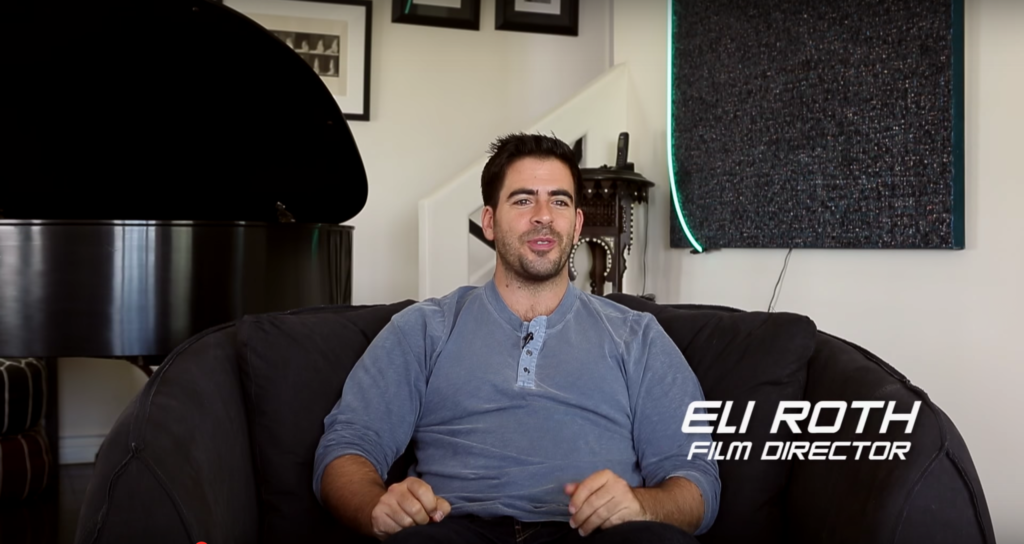 The documentary jumps back and forth between telling the backstory of the film and its eventual success, and talking about the group’s newest venture – a crowdfunding effort to film the only scene that they never could complete on their own: the infamous airplane scene. The present day scenes are extremely interesting as they take a deep look into these men, now grown up with families, who completely revert back to their teenage obsession with completing their film. Some of the best scenes come when Eric is on the phone with his boss, who is clearly well past giving him any more time off for this project. At times, it almost sounds like a teenage boy asking his mother to stay at a friend’s house for another hour, or to sleepover that night. While on the phone calls with his boss, Eric goes from being a senior level manager in a corporate office to just being an innocent teenage dreamer again, hoping to accomplish his life’s goal. It’s a fascinating look at how powerful a dream can be when you set your mind to it. 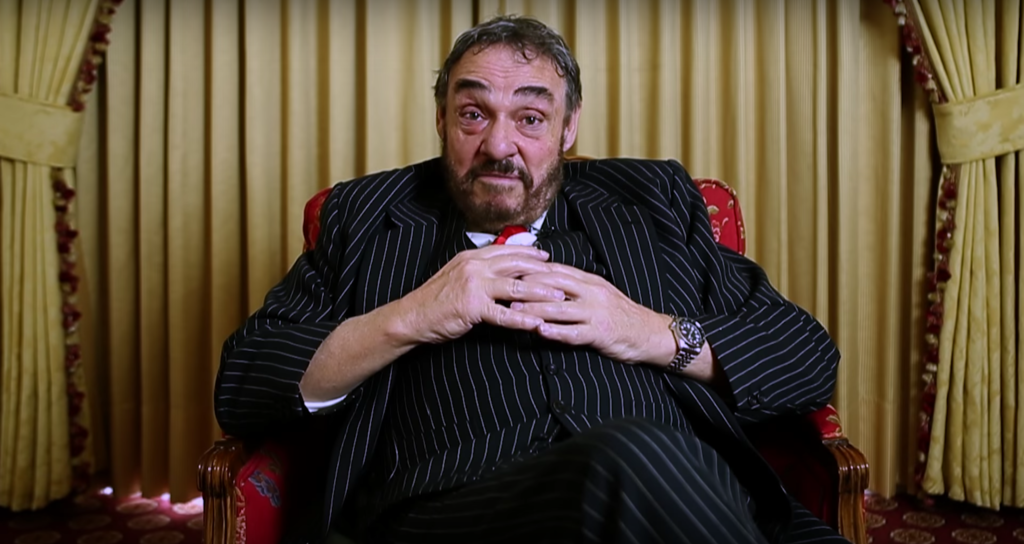 Clocking in at just under 90 minutes, Raiders! moves swiftly, but if you already know a good amount about the backstory coming in, the first half can be a little slow, but still entertaining. However, the last 30 minutes had me on the edge of my seat. Ironically, the climactic scene of both the documentary and the fan film adaptation centers around the airplane scene, and without spoiling anything, it is one of the most intense few minutes I have ever seen in a documentary. The real-time events that take place during the filming of this scene caused me to audibly shout at my TV screen and nearly fall off the couch.  I won’t spoil anything here; this is something you need to witness blindly. It was an absolutely terrific few minutes of drama and action in an otherwise laid back documentary. 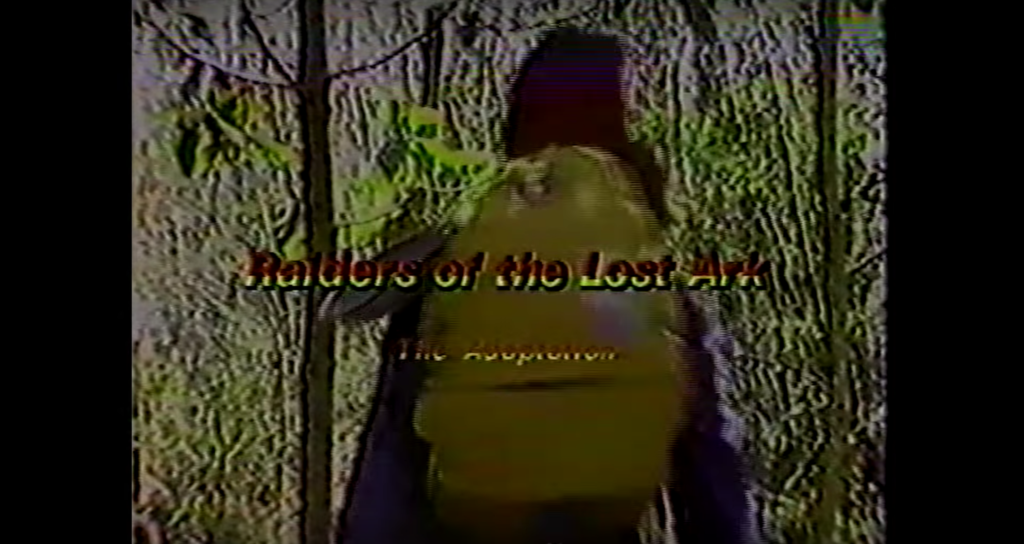 Any self-respecting film fan absolutely needs to check out Raiders! and experience what it is like to be a dreamer again. Every kid who loved movies had the dream growing up that they would eventually make their own, and many of us probably followed through on that dream in a smaller way, shooting short movies for school projects or getting a group of friends together with a camcorder and re-making our favorite scenes from a recent film. Raiders! shows us all what it’s like to be free again, away from the restraints of corporate office hours, cubicles, and endless chain emails from the “funny guy” in the office. I highly recommend checking this one out, and maybe you will find something within it that will inspire you to finish that one project you’ve been putting off at home, or taking that class, or going out on a limb and starting that business. If nothing else, it will certainly make you smile for hours on end after the credits roll.

Raiders! uses a variety of different source material, ranging from old VHS quality footage from local news stations, to the slightly better quality VHS footage from the adaptation, all the way to news clips in Standard Definition from the early 2000s and the newly shot Full HD moments. So, this isn’t the easiest film to score on picture quality. I did note that the source materials were all presented in their original aspect ratios, so if you were watching an old VHS tape source, the filmmakers did leave black bars on the left and right of your widescreen TV. 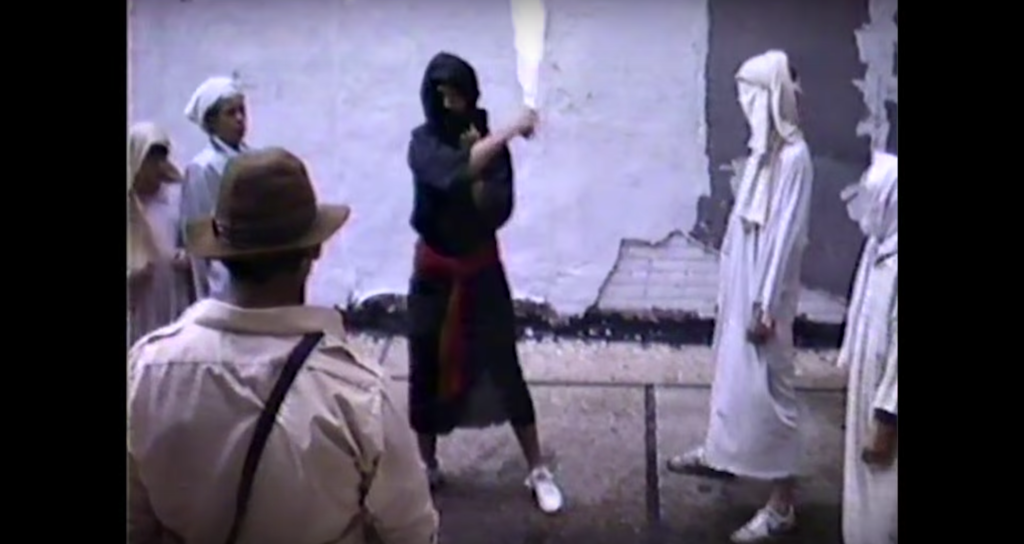 For the newly shot materials in HD, they were very bright and clear, as many of the interviews were shot inside very well lit rooms in people’s homes. The scenes shot outside while filming the final act of the adaptation were also well done, and although there is definitely the “documentary feel” to the film, it does not delve into shaky-cam madness, with the majority of the interviews shot on a well-stabilized and clear camera.

The audio on this release features a DTS-HD Master Audio 5.1 track, a nice surprise for a documentary. For the moments when the DTS-HD track is necessary, in the present day sequences, it sounds good, but ultimately isn’t a real selling point. The documentary is dialogue driven, with storytelling taking the place of action. However, the big scene that I mentioned above, which blew me away, is an absolutely necessity to listen to on a powerful surround sound system. I use the SVS Prime Tower home theater system with a PB-2000 subwoofer, and for most of this film, it wasn’t necessary other than to deliver clearly spoken dialogue. When the climactic scene came around, just wow. The subwoofer roared and the surround sound system offered the full immersion that made this moment so powerful to me.

Overall, most people will be just fine for 99% of Raiders! without a serious home theater audio system, but every now and then there are moments in even the quietest of films that deserve our full auditory attention, and Raiders! certainly has one of those. Other than that scene, the dialogue was extremely clear and did benefit from the DTS-HD audio track, and the segments sourced from older tapes sounded just fine even 30 years later. It’s not a reference track, but I’m glad the full capabilities of the Blu-ray technology were utilized to deliver a pleasant audio experience.

As always, the packaging from Drafthouse was fantastic. Raiders! comes in the classic Drafthouse clear Blu-ray case, with a Blu-ray, DVD, and a DRM-free digital copy that can be redeemed through Drafthouse and downloaded directly to your hard drive or device. This release features reversible cover artwork with either the theatrical poster or unique art from Mondo artist Justin Santora, and it also features a short, partial reprint of the guy’s storyboard book, which they drew as kids to help shoot the film adaptation. 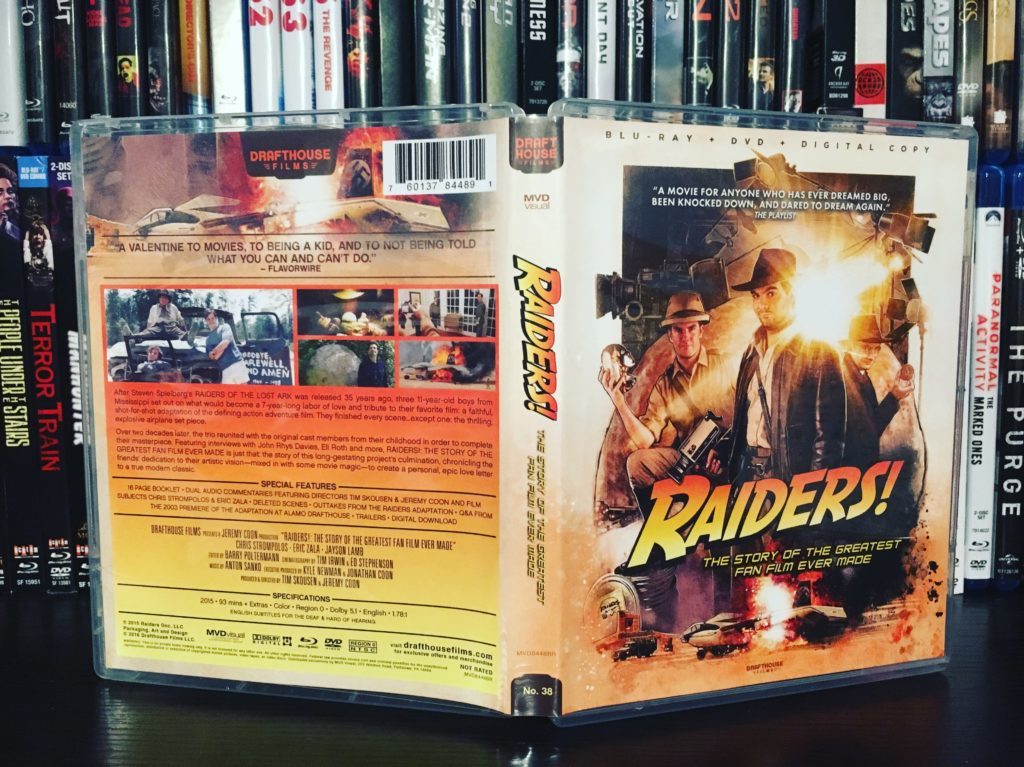 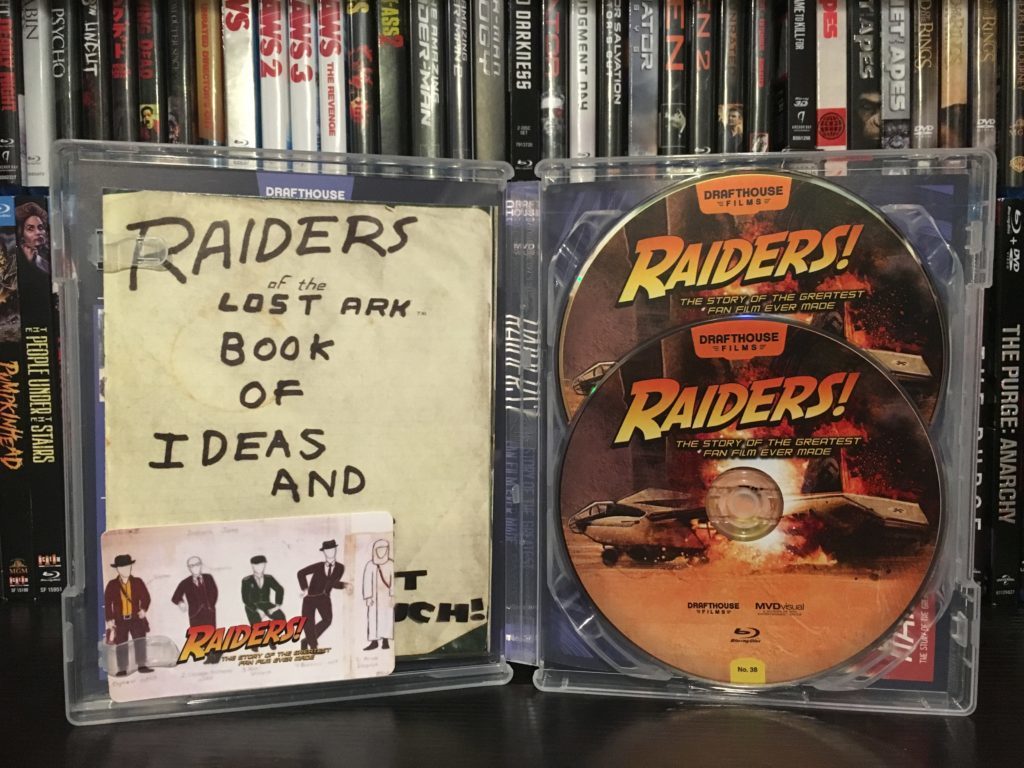 In terms of special features, they are small in number, but wide in scope. There are two audio commentaries; one featuring the documentary Directors, Tim Skousen and Jeremy Coon, and another featuring Chris and Eric. Also included are deleted scenes from the documentary, outtakes from the Adaptation, and a Q&A Session with Chris and Eric from premiere of the Adaptation at the Alamo Drafthouse in Austin, Texas.

Overall, the features are pretty cool and two commentary tracks is nice, but the lack of the adaptation keeps this from being a must-buy. If a DVD copy of the Adaptation had been packaged with this release, then this would be a strong candidate for the documentary home media release of the year. It looks like the “Raiders Guys” (Chris and Eric) are selling a DVD copy of the Adaptation on their website for $20, and there are some rights issues with Drafthouse including this with their release, which is understandable. It’s a shame that it can’t happen, as this is the one feature that I personally was begging for, but it is still an above average release.

Overall, I really enjoyed this documentary, and Drafthouse again went above and beyond with the home media presentation. Drafthouse Films continues to deliver some of the most unique films on Blu-ray, while also delivering one of the most unique consumer and collector experiences with their utmost care and attention on each and every release. I highly recommend checking out Raiders!, as there is definitely a little bit of Chris, Eric, and Jayson in all of us. Whether we act on our dreams like they have, or put them aside as life kicks us square in the face, we all have that desire somewhere as movie fans. Hopefully this documentary will inspire you, or at the least, make you feel happy for a couple of regular guys who finally reached their ultimate goal, and in the process created one of cinema history’s most unique stories.