The Quiet Man is a 1952 Technicolor American romantic comedy/drama that was directed by John Ford and features John Wayne, Maureen O’Hara, Barry Fitzgerald, Ward Bond and Victor McLaglen. The film’s screenplay was originally based off of the 1933 short story written by Maurice Walsh that carried the same name and was featured in the Saturday Evening Post and was later printed as part of The Green Rushes Collection. Most notable for the lush photography of the Irish countryside and the long, climactic, semi-comical fist fight, this film was eventually an official selection for the 1952 Venice Film Festival.

Taking place in the 1920s, Sean Thornton (played by John Wayne), is an Irish born American who hails from Pittsburgh. He travels to Ireland to reclaim his family’s farm and his birthplace; where he ultimately falls in love with Mary Kate Danaher (played by Maureen O’Hara). She is the sister of the loud-mouthed landowner Squire “Red Will Danaher. Danaher who had originally wanted the farm to himself and retaliates by refusing to consent to his sisters desire to get married. Will Sean and Mary Kate be able to get married despite her emotionally heated brother trying to get in the way? Will they be able to live the life together that they desire? Will Sean be able to reclaim his family farm?

The Quiet Man did win the Academy Award for Best Director for John Ford, which was his fourth award; it also won for Best Cinematography. In 2013, this film was selected by the United States National Film Registry for preservation by the Library of Congress for it being “culturally, historically, or aesthetically significant”. 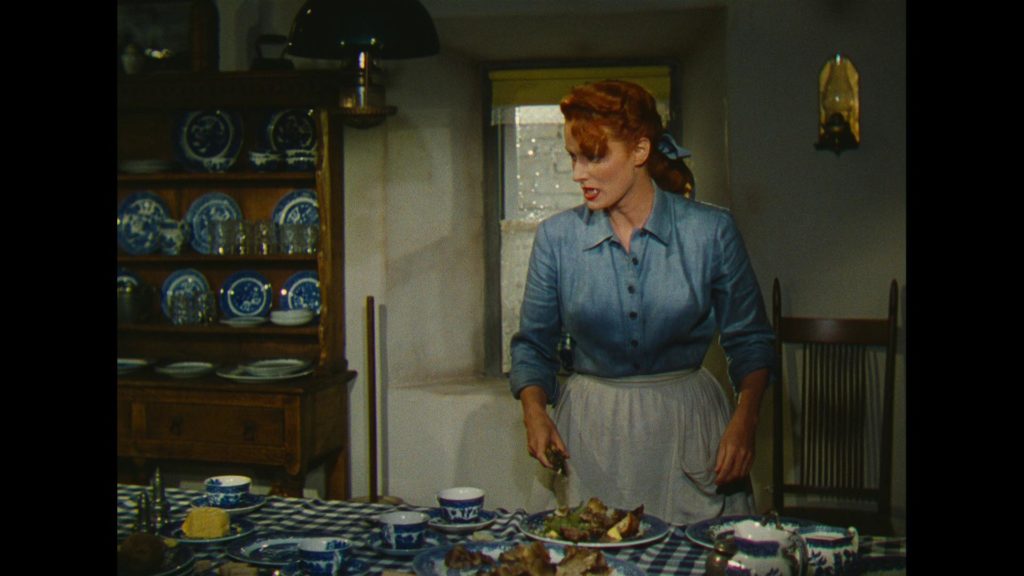 Diving deeper into the opportunity to expand my personal horizons, Olive Films has given me the opportunity to check out The Quiet Man, and I can honestly say that I am really glad to have had this opportunity.  Throughout this film, we experience a lot of “old fashioned” values that we don’t see to much these days.  Values that include, but aren’t limited to, maintaining your family’s history and retaining something that has a significant amount of sentimental value.  This film is packed full of emotional strife, adventure and dedication to achieving personal goals and allows for a really great experience. 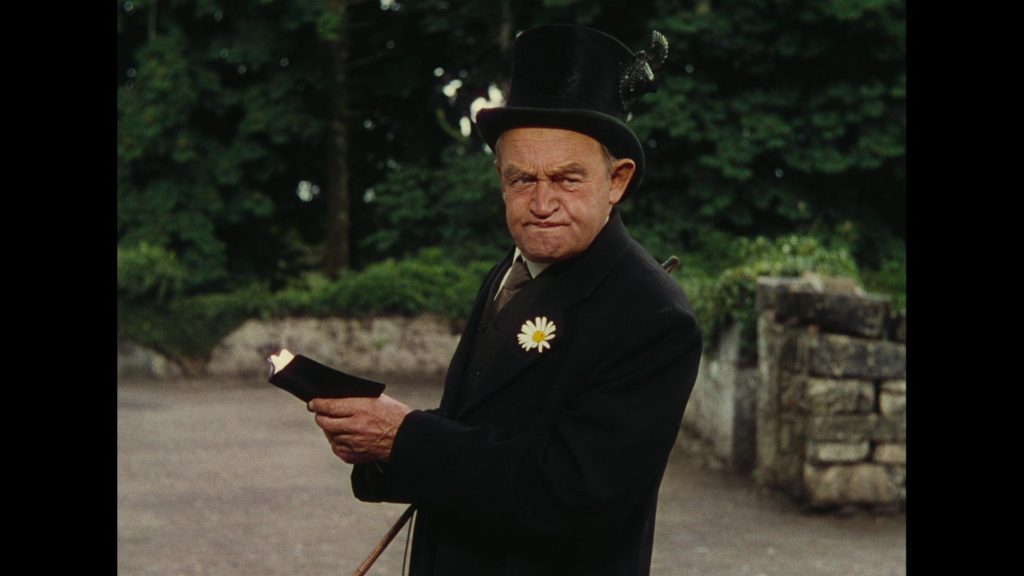 Being my second experience with the newly founded Olive Signature Line, The Quiet Man comes packing a 1080p resolution and looks absolutely beautiful.  Featuring a completely restored video track, the presentation of this film is just indescribable.  The colorization was crisp, and the transfers maintained the heavy grain, as it should being that this film came out in the 50s.  Having no distortion whatsoever from what I could tell, I was able to clearly make out and understand everything as it moved along on my living room television. 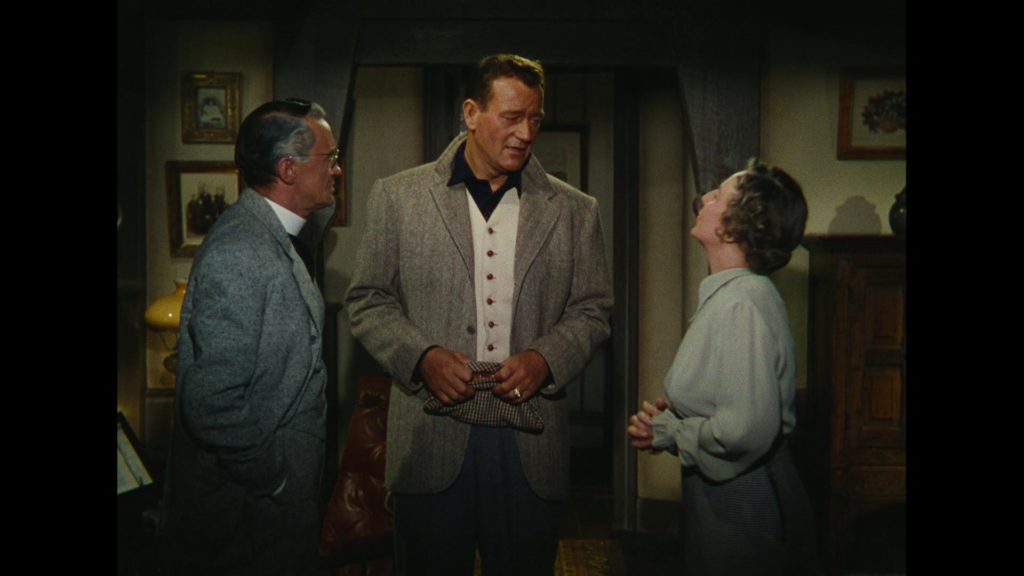 Packaged with a DTS-HD Master Audio 2.0 track, The Quiet Man was quite the experience in terms of an audible experience.  There wasn’t any need to do a 5.1 track with this film as it certainly doesn’t call for it.  Having everything coming out from in front of me, I was able to completely hear and understand everything without having to manually adjust the audio to compensate for any of the lower-sounding scenes; everything was crisp, clear and completely digestible. 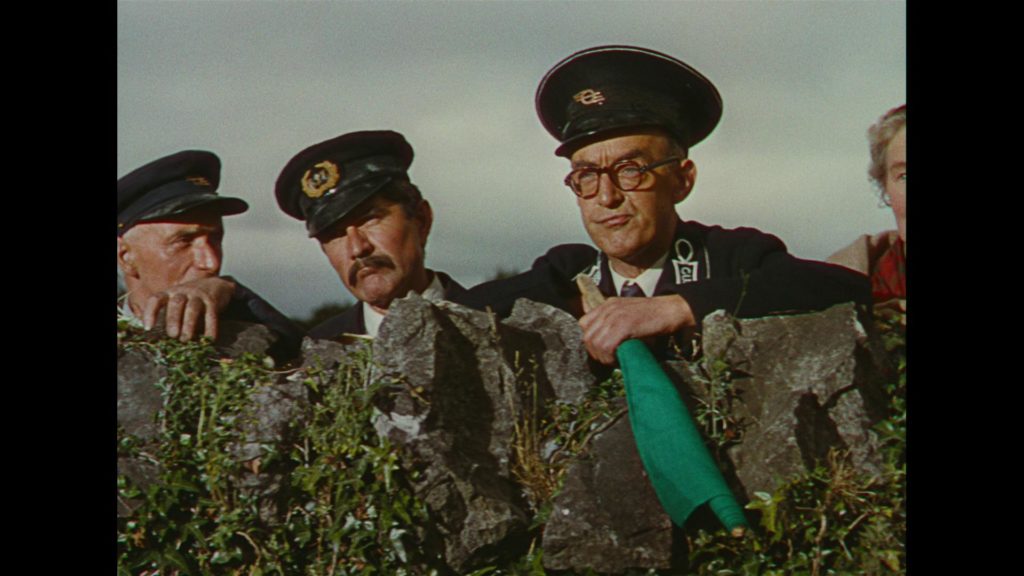 Olive Films really does a fantastic job with their packaging on their Signature Series releases.  The Quiet Man is no exception to the stunning job that they do with this.  The film comes packaged in a clear amaray case.  Included within the case is the Blu-ray disc of the film, as well as a small book of art that’s related to the film as well as some information about the release, like the chapter listing and bonus content.  The amaray case slides right into a hard cardboard sleeve/slipcover that features artwork of the film. 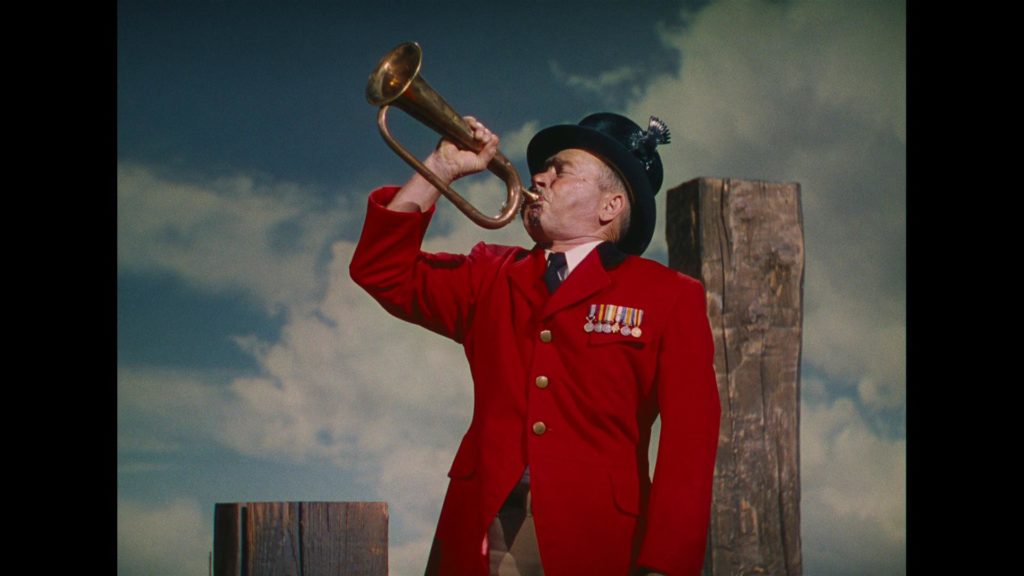 Overall, I was quite pleased to have had the opportunity to review The Quiet Man.  While I’m not too big on the western genre, I really enjoyed it.  It’s been quite some time since I had seen a John Wayne film, as I last saw one when I was just a child.  There wasn’t too much action in this film, and it really was quite a relaxing experience; it was nice to not be on the edge of my seat for the first time in quite a while.  Both the audio and video presentation of this release from Olive Films’ Signature Line were spectacular.  I’ve really grown to appreciate this line of releases and really look forward to seeing more of them down the road.  If you’re interested in checking out The Quiet Man from Olive Films’ Signature Line, you can get it today from Amazon today! 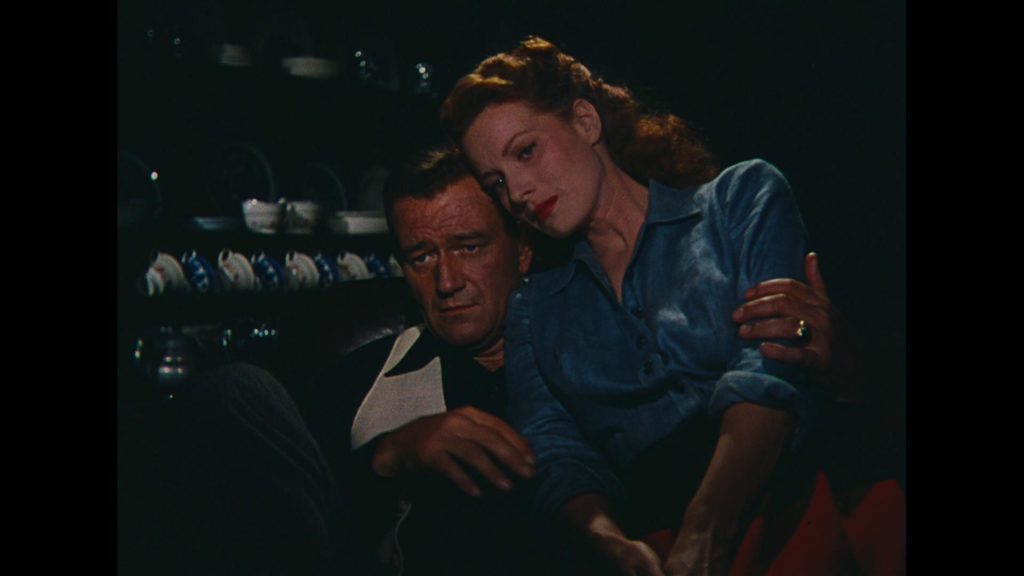