The Purge and its sequel, The Purge: Anarchy are such vastly different films that the third film in the series, The Purge: Election Year was going to determine the direction of the franchise and establish a more consistent tone moving forward. Thankfully, Election Year stuck with a similar tone and theme as the one from Anarchy, which is the far superior film when compared to the original Purge. It seems that not only has Election Year established a strong tone for the franchise to run with, but it also was the most successful at the box office so far, bringing in a an excellent $117 million return on a $10 million budget. Blumhouse Productions and their low budget, high return formula have struck gold again. 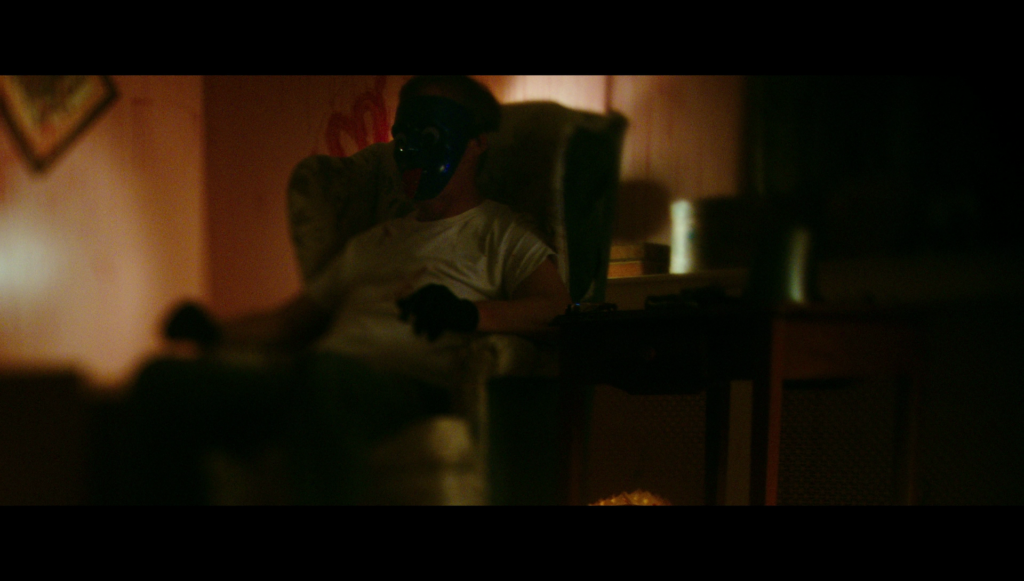 This time, we open with a family, tied and bloodied, and about to experience the full terrors of “The Purge”, before we fast forward 18 years to a tumultuous American election year; sound familiar? The lone survivor of the opening attack, now Senator Charlie Roan (Elizabeth Mitchell), is running for President on an Anti-Purge platform, while the New Founding Fathers of America (NFFA – the creators of “The Purge”) have serious worries about their candidate, Minister Edwidge Owens (Kyle Secor) as Senator Roan closes the gap in the polls. The NFFA ultimately decide that they need to assassinate Senator Roan, and their evil plans head into motion as “The Purge” draws closer. Now, if you are a fan of the franchise, you probably know the rules of “The Purge”, one of which is the banned killing of any government official over “Rank 10”, which a Presidential Candidate would fall under. The day before “The Purge”, the NFFA issue an executive order removing this rule. This leaves Senator Roan’s safety up to her Head of Security, Leo Barnes (Frank Grillo), who was the focus of The Purge: Anarchy, and things don’t always go as planned on “Purge Night”.

The timeline of this movie is interesting to compare to the other entries in the franchise, as it isn’t explained quite well enough in the film, but after doing a bit of research, I determined that the opening scene attack takes place during the first “Purge”, which is thought to be in 2017 based on clues from the first movie, and thus 18 years into the future would place Election Year in 2035. For reference, The Purge: Anarchy takes place in 2023, so the Leo we know from the first film has aged 12 years, and various Anti-Purge groups have popped up all over the country as the public outcry against “The Purge” strengthens. The timeline really has no effect on Election Year‘s story, but I always find it interesting to track timelines like this across franchises. 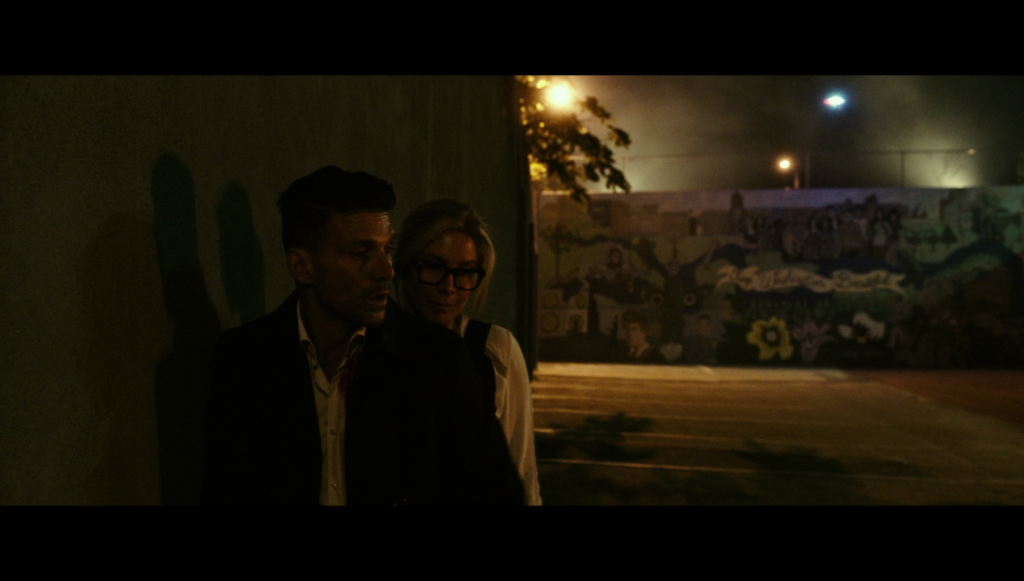 The Purge: Election Year recycles a few too many of the characters and themes from Anarchy, with the black resistance leader, the young hispanic character who joins the group, and the maniacal leaders of the NFFA, but this is all done in an attempt to establish the guidelines for a future of The Purge films, and so I understand the reasoning behind it. Some of the new characters we meet are excellent, especially Joe Dixon (Mykelti Williamson), a middle-aged store owner who offers all of the film’s comic relief, and is extremely likeable. In fact, other than Frank Grillo being a badass as Leo, Williamson’s character is a delight on screen, and has some actual laugh-out-loud moments; a rarity in a film like this. I really like where The Purge franchise is headed after watching Election Year, and the future probably holds great things. There are talks of a fourth Purge film exploring the origins of “The Purge” and how the NFFA came into power, and I could see that working very well. Here’s hoping for more Purge films, and more original takes and explorations into one of the horror genre’s most interesting premises.

The Purge franchise has always looked incredibly solid on Blu-ray, especially when you consider that the final two-thirds of each film takes place in the dark of night. Election Year is no exception, as the picture quality is excellent throughout. There is always a sort of yellow/orange tint to the picture in the scenes that take place prior to “The Purge”, and that is consistent in Election Year‘s first act as well. Once the sun sets on “Purge Night”, the picture takes on a yellow/blue tint, also consistent across all three films. 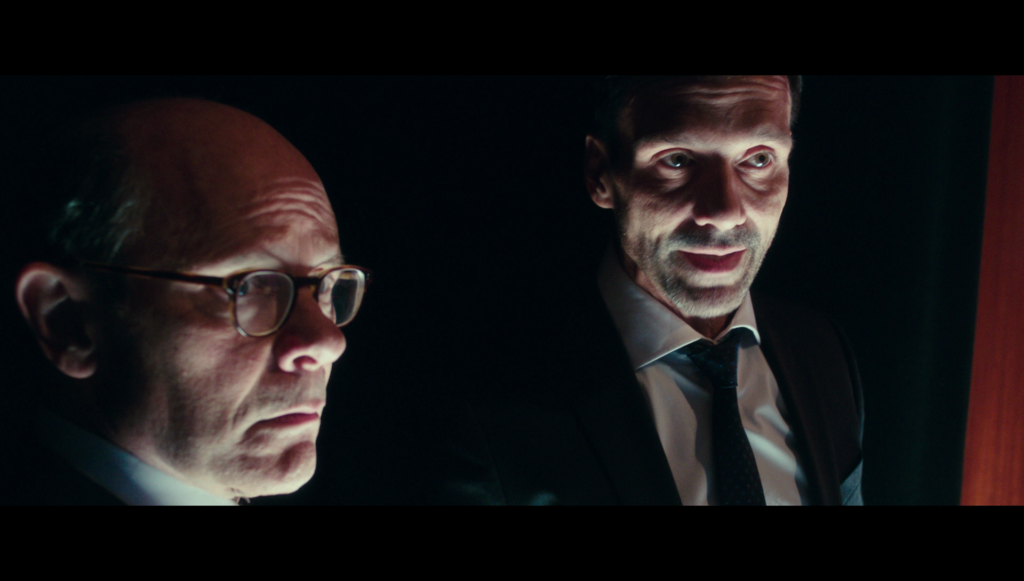 I am still not sure of the significance of the color tint, other than to provide visual aids to distinguish “Purge” hours from regular days, but it is not distracting, and the consistency is nice. In fact, the blue tint probably helps in the darker scenes, and the yellow tint, provided primarily by the street lights, allows for a bright and clear image. I have no complaints with the picture of The Purge: Election Year, but I reserve my perfect scores for transfers that completely wow me. The Purge: Election Year looks excellent on Blu-ray, but it isn’t The Revenant.

The Purge: Election Year features a solid, but unimpressive DTS-HD Master Audio 5.1 track. The audio track does its job well, and dialogue is clear. My Prime Satellite speakers handled ambient noises well, and I could clearly hear every cry of pain or maniacal scream in the distance during “Purge” hours. The gunshots, although in a smaller number than its predecessor Anarchy, were impressive and realistic. Basically, it was a pretty standard DTS-HD 5.1 track, but it left me wanting more. I think that a 7.1 track could have greatly improved the ambient noises of “The Purge” and also improved on the climactic fight scenes. 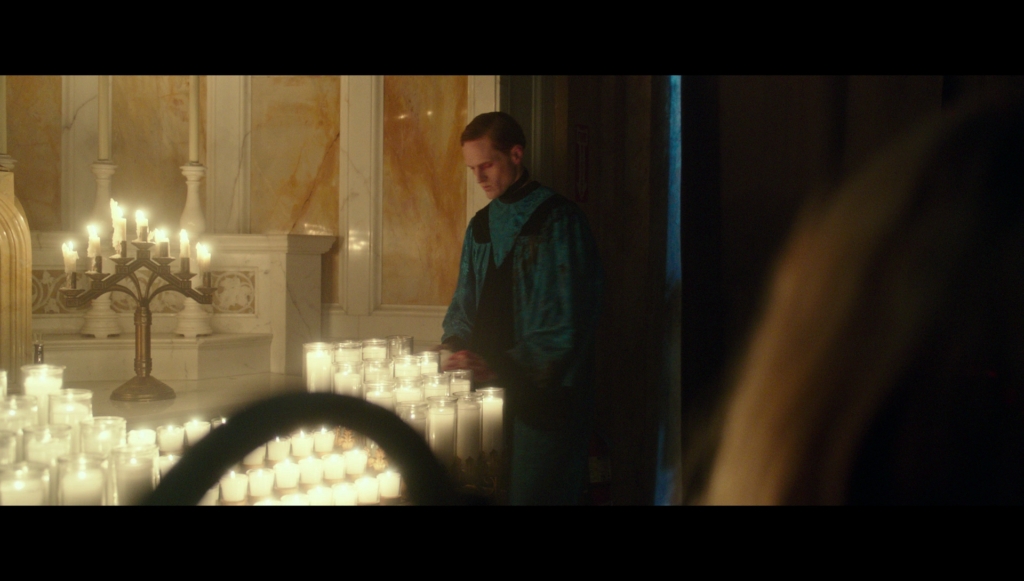 I especially noticed the 5.1 track struggling with the scenes inside a church, where the echoes of the half-empty church should have been stronger, and creepier. I didn’t feel that, but it could be contributed to either a poor effect on the available 5.1 track, or something that an extra two audio channels could have provided and was not available to full effect in a 5.1. Either way. 7.1 is sort of becoming the norm for new releases, with available 5.1 tracks for those with smaller systems, but it is always nice to have the upgraded option on a film of this caliber and young age.

The Purge: Election Year comes packaged in a two disc Amaray case, with a Blu-ray copy of the film, a DVD, and a Digital Copy redeemable on UV services. The first pressing of this release will come with a slipcover, featuring a few of the cooler Purge costumes from the film. The slipcover has a nice matte feel to it, rather than the typical glossy feel, and I like the quality of the slip. It just feels sturdier, and of a higher quality.

When it comes to special features, it looks like they were all purged (pun intended) before release. There are three features, running just over 15 minutes in total. Clearly, this was not a priority on this release, even though they are advertised prominently on the back cover. What we do get is interesting, and some of the deleted scenes are okay, but they are far too short in length and substance. The features are as follows: 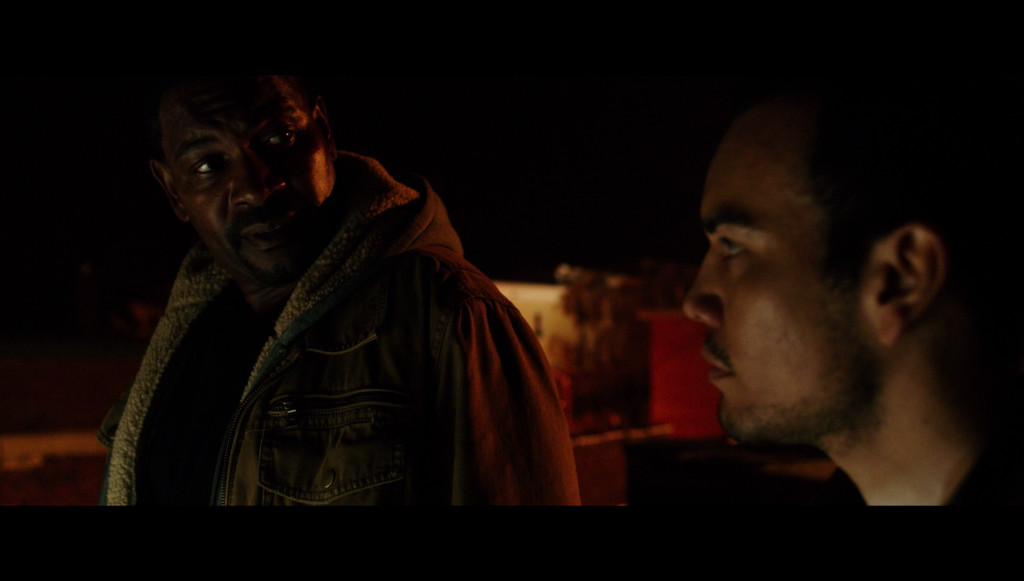 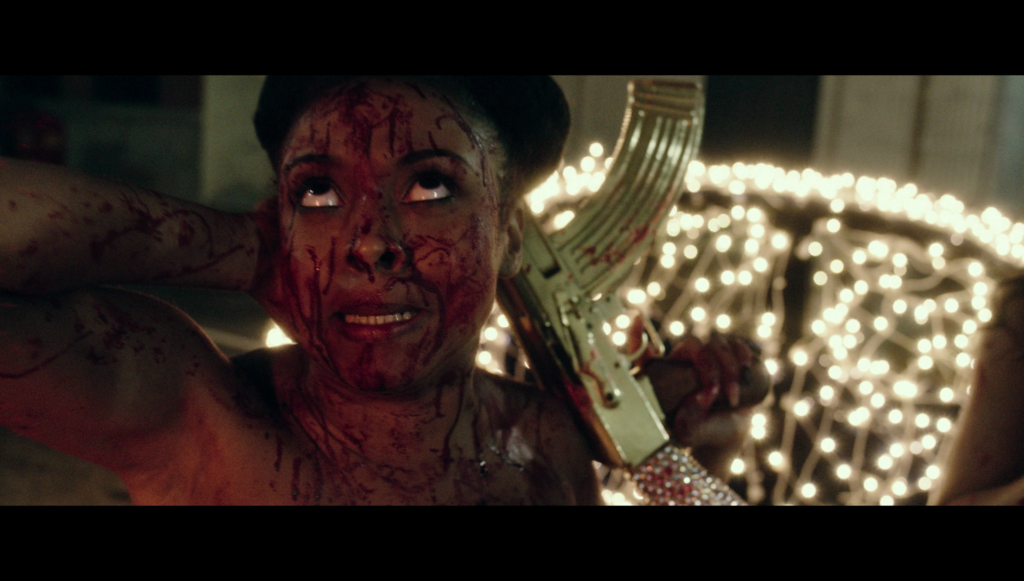 The Purge: Election Year is my favorite in the series so far, as the inclusion of politics in a world where “The Purge” exists is fascinating to watch, almost as much as the real-life 2016 Election. The video and audio quality of this release are above average, and worth a Blu-ray pickup. I would have liked to see a 7,1 track, but that is being nitpicky. The packaging is nice if you can find a slipcover, but the special features are definitely lacking. If you are a fan of The Purge franchise, this should be a no-brainer, Day One pickup. If not, I recommend The Purge: Election Year as an excellent entry into the franchise, as it could even stand on its own without any previous Purge knowledge. You can find The Purge: Election Year Blu-ray on Amazon, available now.