The Punisher is a 2004 American action film that is based on the Marvel Comics character of the same name, starring Thomas Jane as the antihero Frank Castle/The Punisher and John Travolta as Howard Saint, a money launderer who orders the death of Castle’s entire family.

The film’s story and plot were mainly based on two Punisher comic book stories: The Punisher: Year One and Welcome Back, Frank, along with scenes from other Punisher stories such as Marvel Preview Presents: The Punisher #2, Marvel Super Action Featuring: The Punisher #1, The Punisher War Zone, and The Punisher War Journal. The Punisher was shot on location in Tampa, Florida, and surrounding environs in mid to late 2003. It was distributed by Lionsgate Entertainment in North America, although Artisan Entertainment, which released a 1989 film adaptation of the same name on DVD, financed and co-distributed the film with eventual Artisan owner Lionsgate, while Columbia Pictures distributed the film in non-North American countries. Screenwriter Jonathan Hensleigh agreed to helm the film during its development stage despite a dispute with Marvel Studios, marking his directorial debut.

The film was released on April 16, 2004, by Lionsgate, grossing $13 million in the United states during its opening weekend, and reached a total gross of $54 million against a production budget of $33 million. It has an overall approval rating of 29% on Rotten Tomatoes. Marvel Comics and Lionsgate Films began development on a sequel, The Punisher 2, which instead became the 2008 reboot Punisher: War Zone after Jane and Hensleigh left the project due to creative differences. This would be the final film produced by Artisan Entertainment for theatrical distribution. 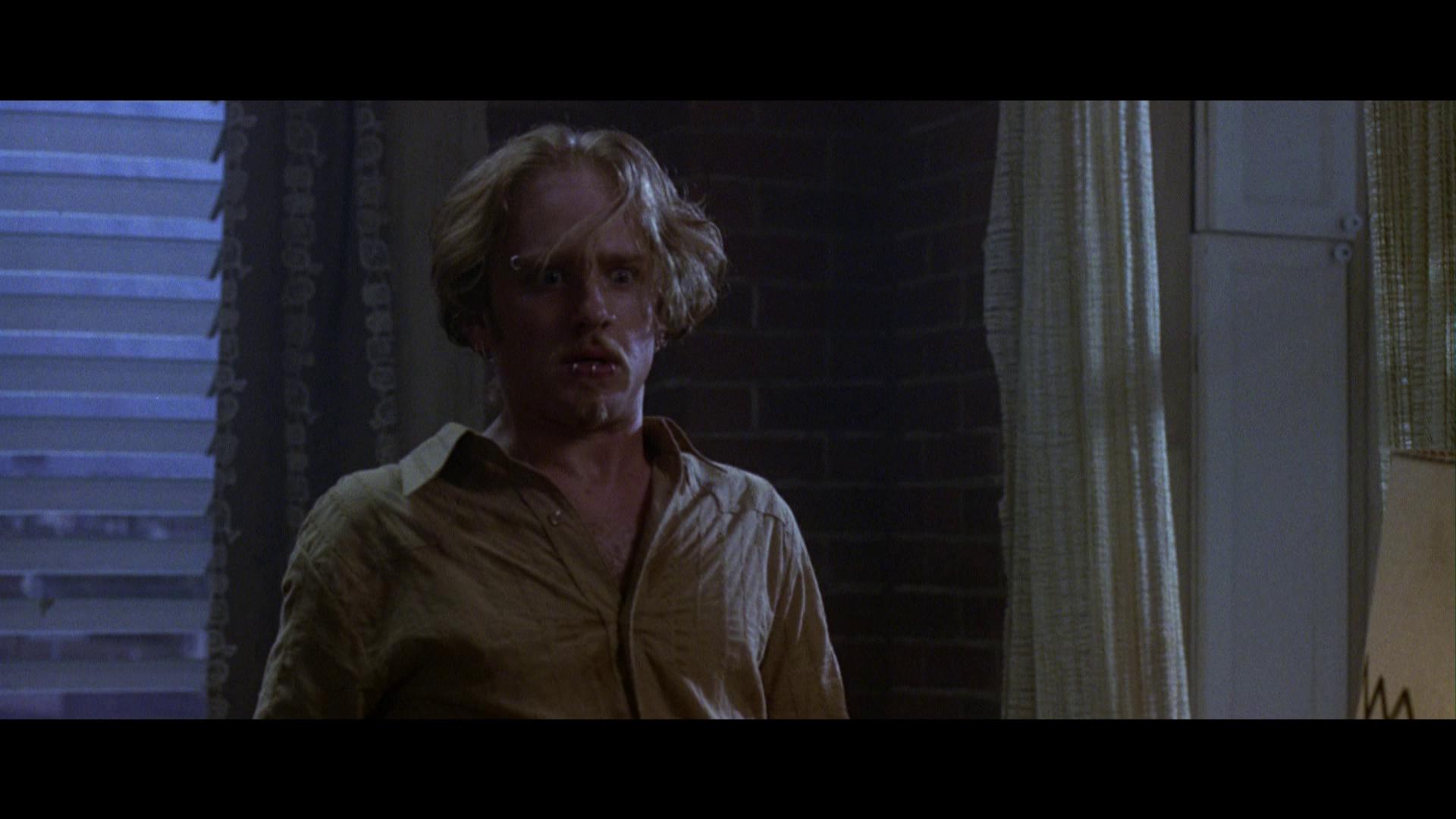 The Punisher is a movie that, despite the amount of discontent and hatred that it received from critics, is one that I’ve personally enjoyed. While it is a movie that came out prior to the creation of the Marvel Cinematic Universe, and the fact that it is one of the earlier comic book films, I still find myself enjoying a watch from time to time. Sure, it plays out much like that of some comics as it delivers some cheap laughs, and there’s a significant amount of content that’s clearly taken from other movies. It’s one that’s perfect for a care free sit-down that’s loaded with action and violence from one of the more bitter antihero’s to grace the various comic book cinematic worlds. 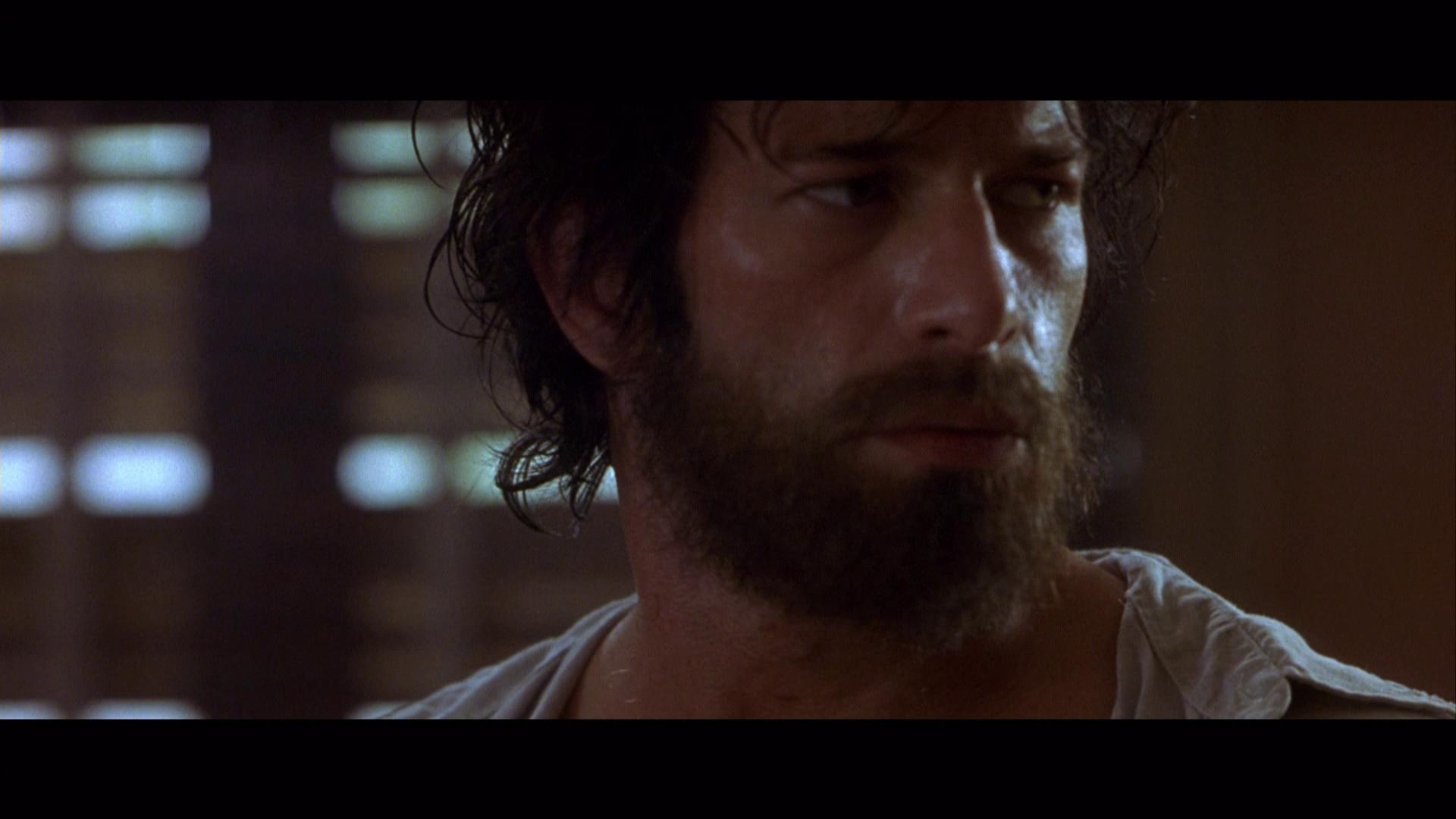 Offering a refreshed and rescanned visual presentation, the 4K UHD copy of The Punisher provides its viewers with an absolutely new take on one of these earlier adaptations.  The darker sequences, coupled with their severity and overly levels of grimness looked absolutely fantastic on my living room TV.  The action was much, much more refined than I remembered with earlier releases of this movie, and the effects that were used for the brutal beatdowns that were carried out looked much more distinguished. 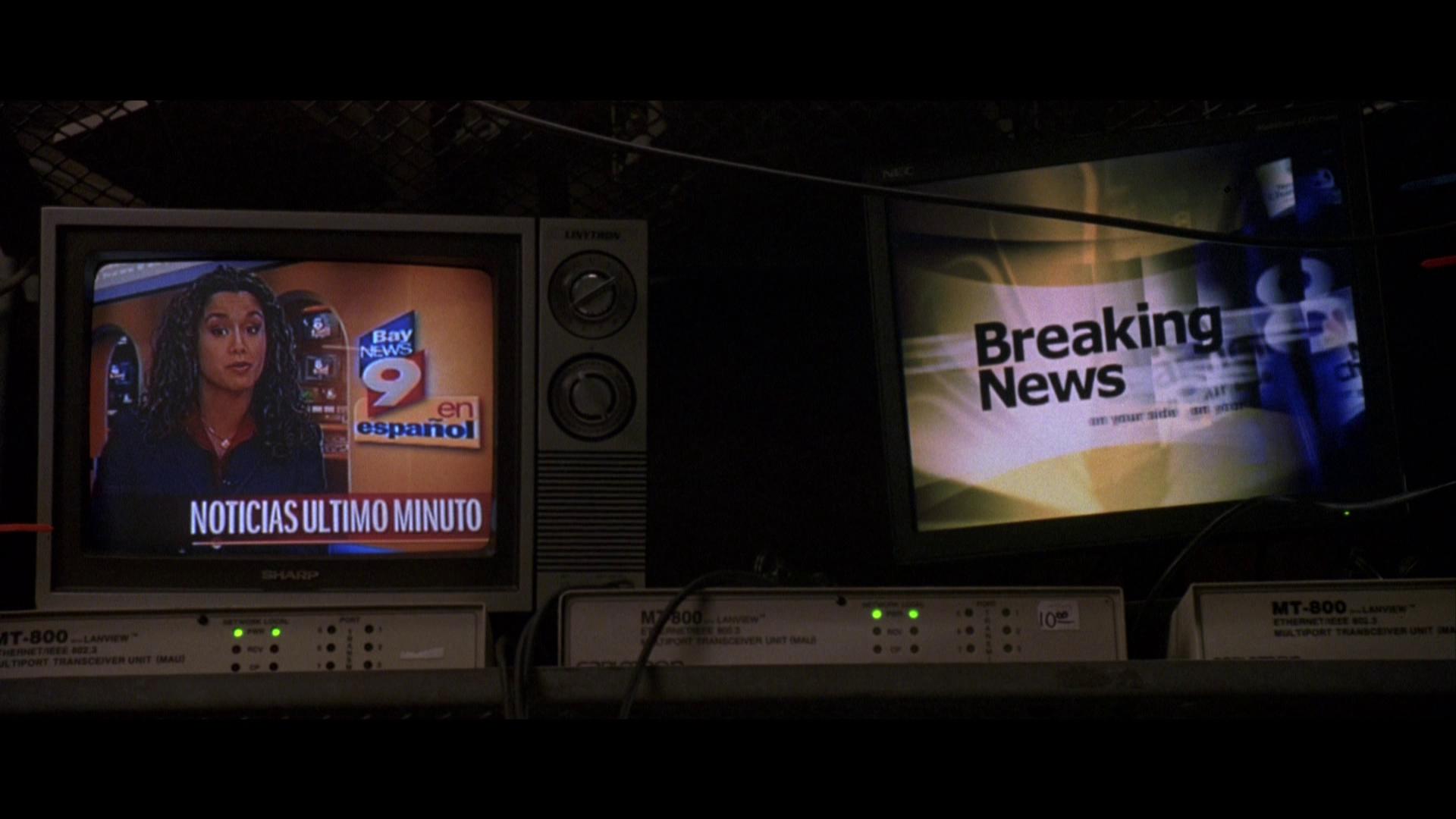 The Punisher 4K UHD comes packaged with an all new remastered Dolby Atmos audio track that really offers a significant improvement over its predecessors.  Certainly offering a significant amount of immersion from start to finish, this remastered audio track is one that really pushes the limits of an Atmos home theater system.  The bass elements to the track really made everything stand out when comparing it to some other 4K releases, and really made for an experience that neither my wife nor I could forget.  Dialogue is spoken cleanly, allowing everybody to be heard and understood without having to manually adjust the volume levels as the movie progressed. 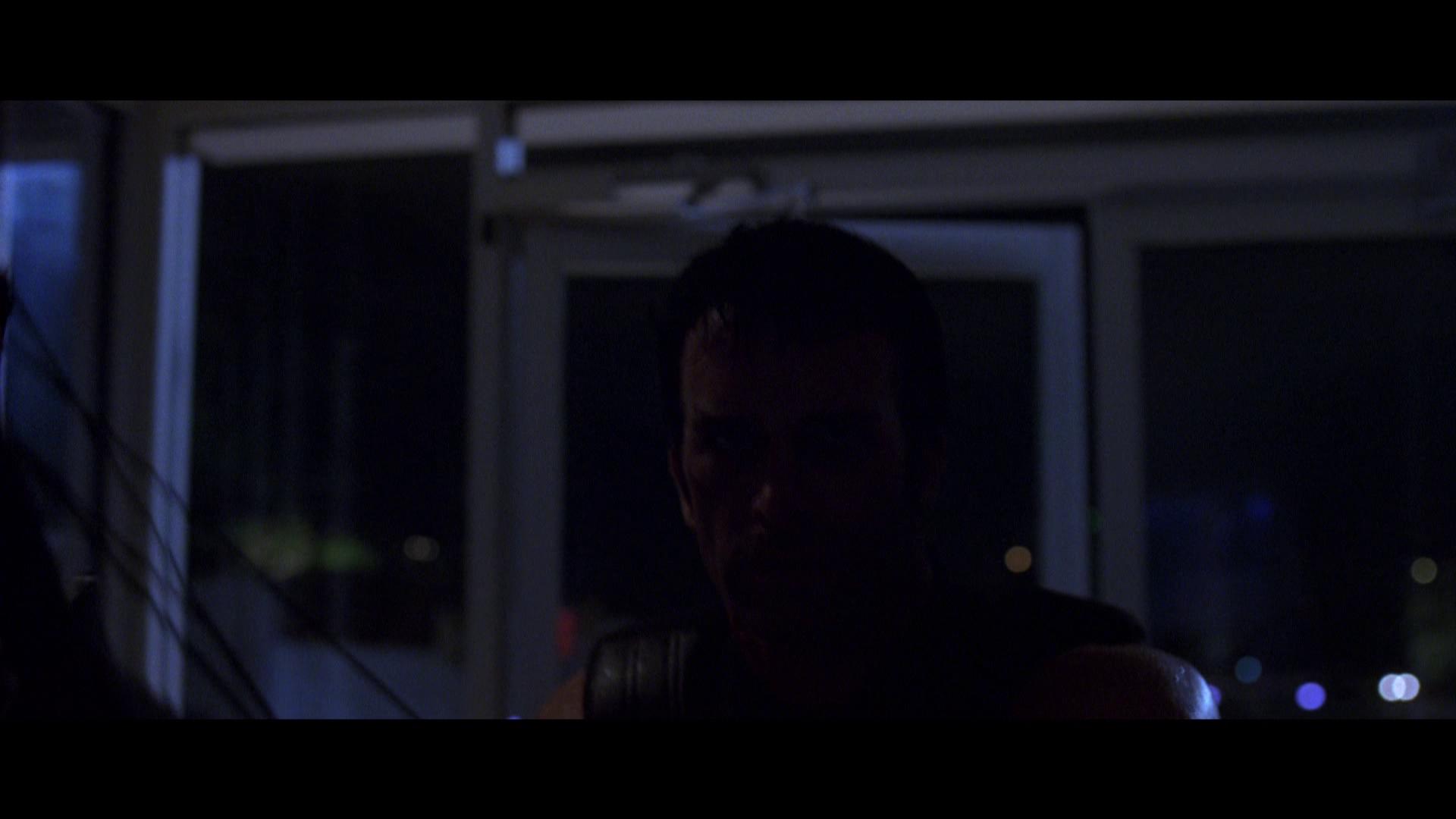 The 4K UHD release of The Punisher comes packaged in your standard two-disc 4K UHD amaray case.  Within that case is the standard 4K copy of the movie as well as the standard Blu-ray copy.  Both of the discs feature a piece of artwork that’s related to the movie and completely separate from any of the other pieces of artwork within this release.  While there are no DVD copies included with this release, there is a digital copy redemption pamphlet for the various streaming platforms.  There’s also a slipcover that’s been provided during the original pressing of the release that features the same artwork that’s been included on the case. 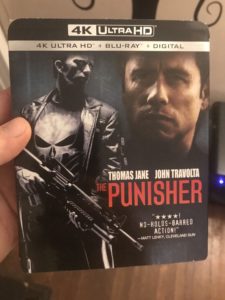 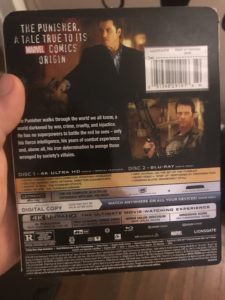 I was surprised with the special features that were included with this release of The Punisher.  Not only are the features included on the Blu-ray disc, but they’re also made available on the 4K disc; which is something that I’m starting to see become more and more of a trend with the format.  The content that’s been included offers a nice and small extended look at the story that is behind the Punisher, as well as a lot of the experiences from the cast and crew are shared from when they were working on this movie.  I especially enjoyed the audio commentary with the director as he shared various thoughts that had crossed his mind during the production stages.  Included with this release is: 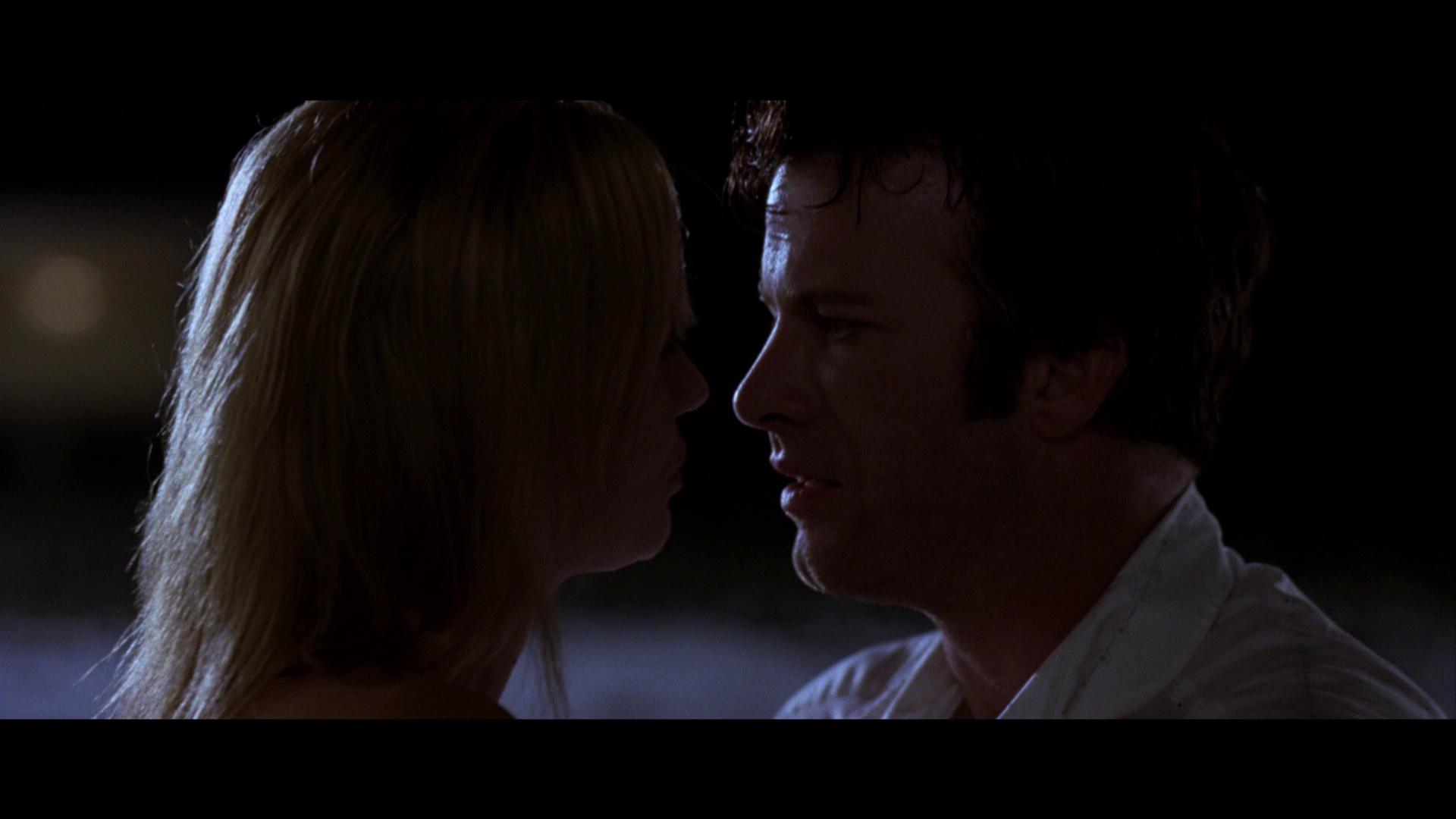 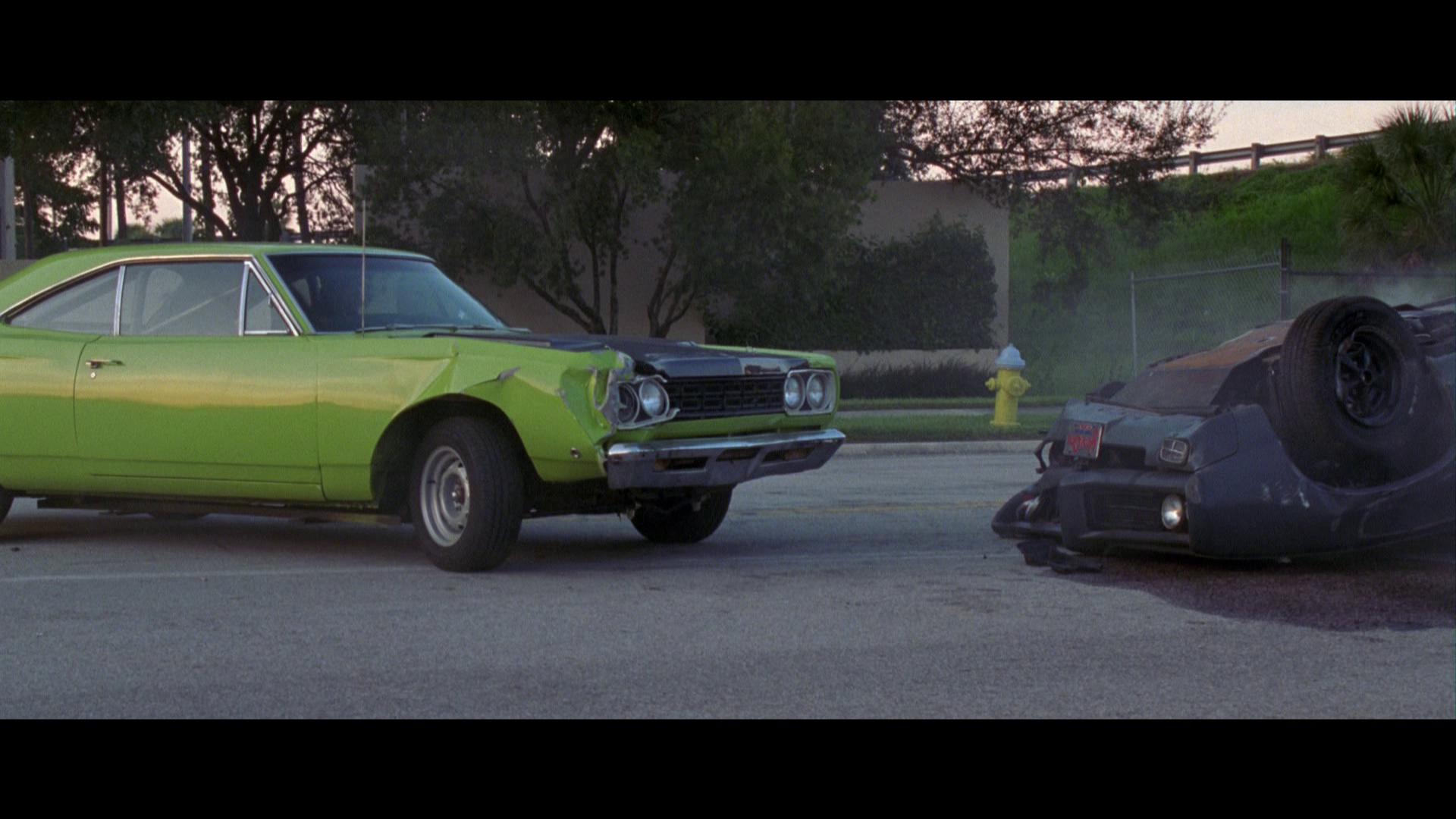 The Punisher isn’t one of the better Marvel comic character films by a stretch.  However, it is a movie that features one of the lesser popular characters (thanks MCU), and his overall sense of badass’ness.  The visual and audio presentation of the 4K release was shockingly great and offered a nicely done and fresh look at the experience that this movie one provided on its theatrical run.  The special features were perfectly executed with this release, I honestly can’t find anything to complain about with this release.  If you’re considering it, I would absolutely recommend picking this release up for your collection.  The Punisher will be available on 4K UHD beginning tomorrow! 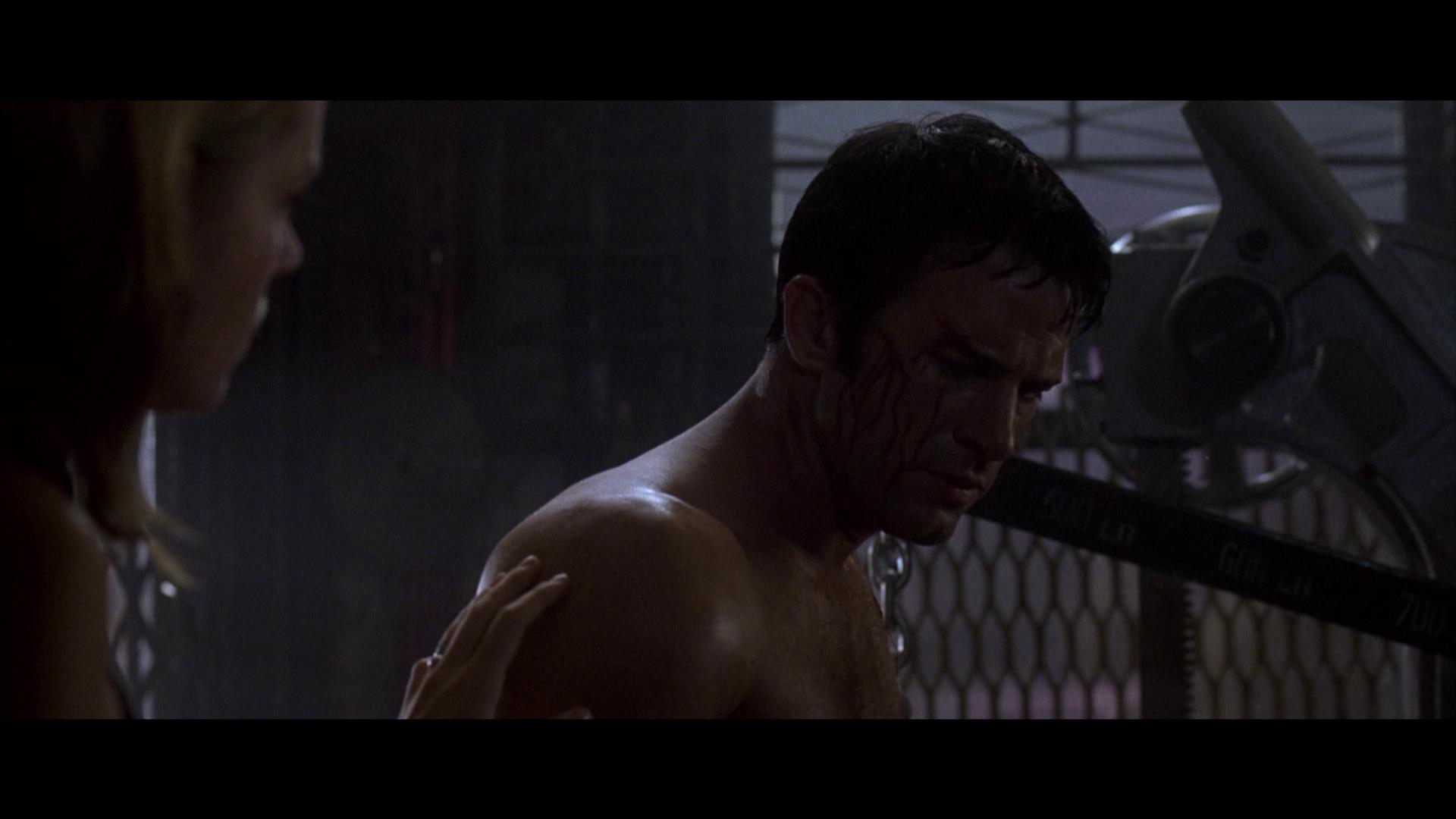